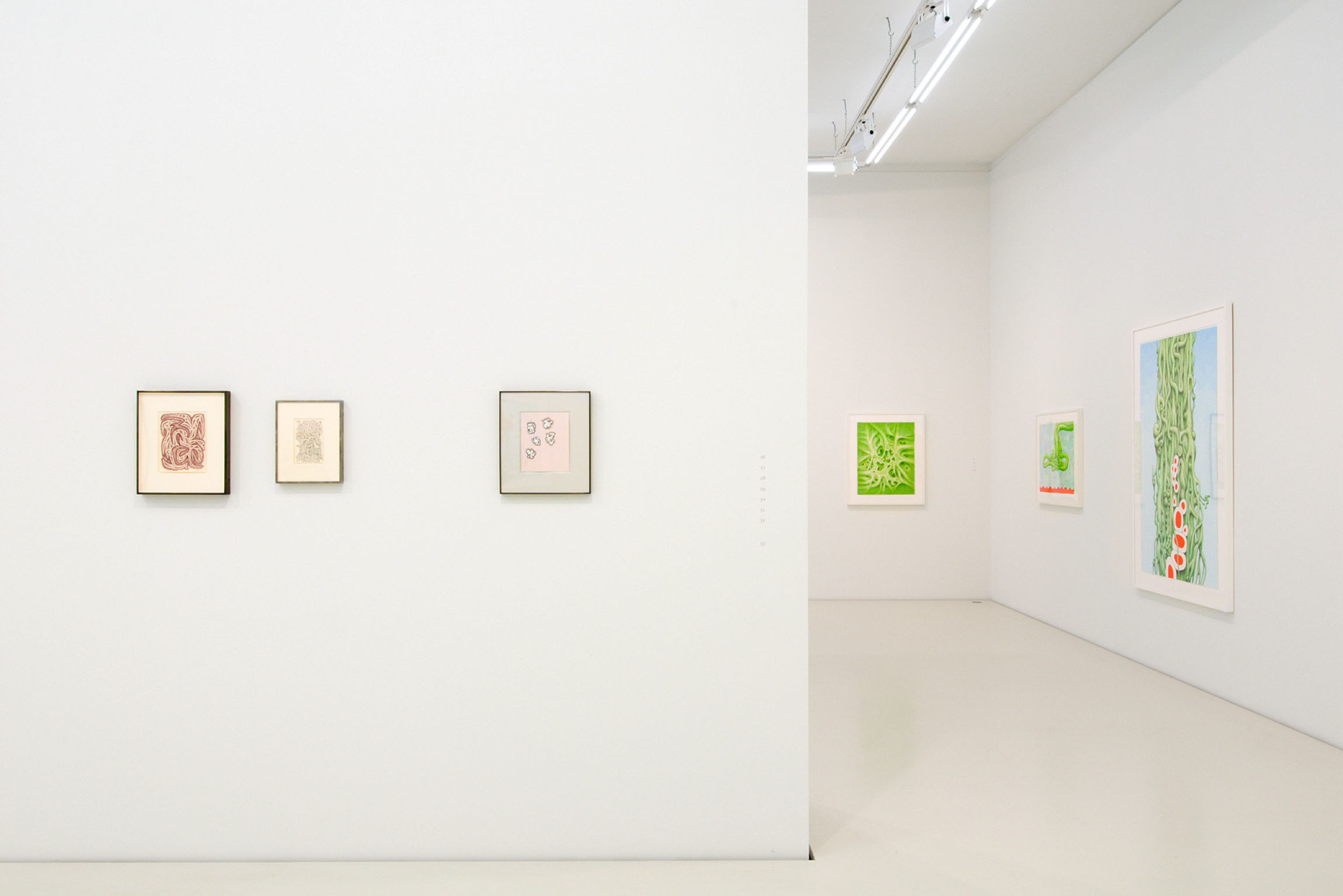 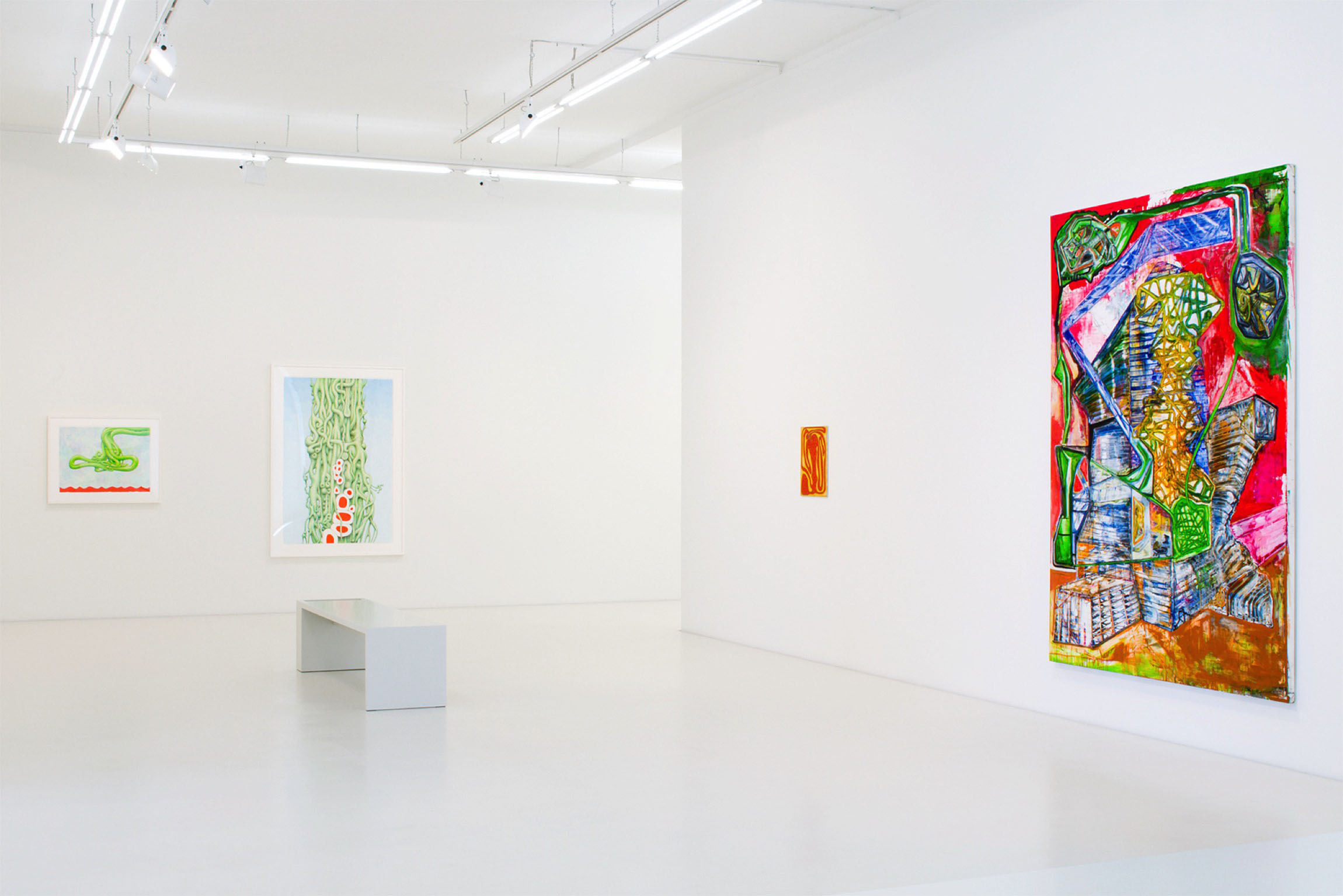 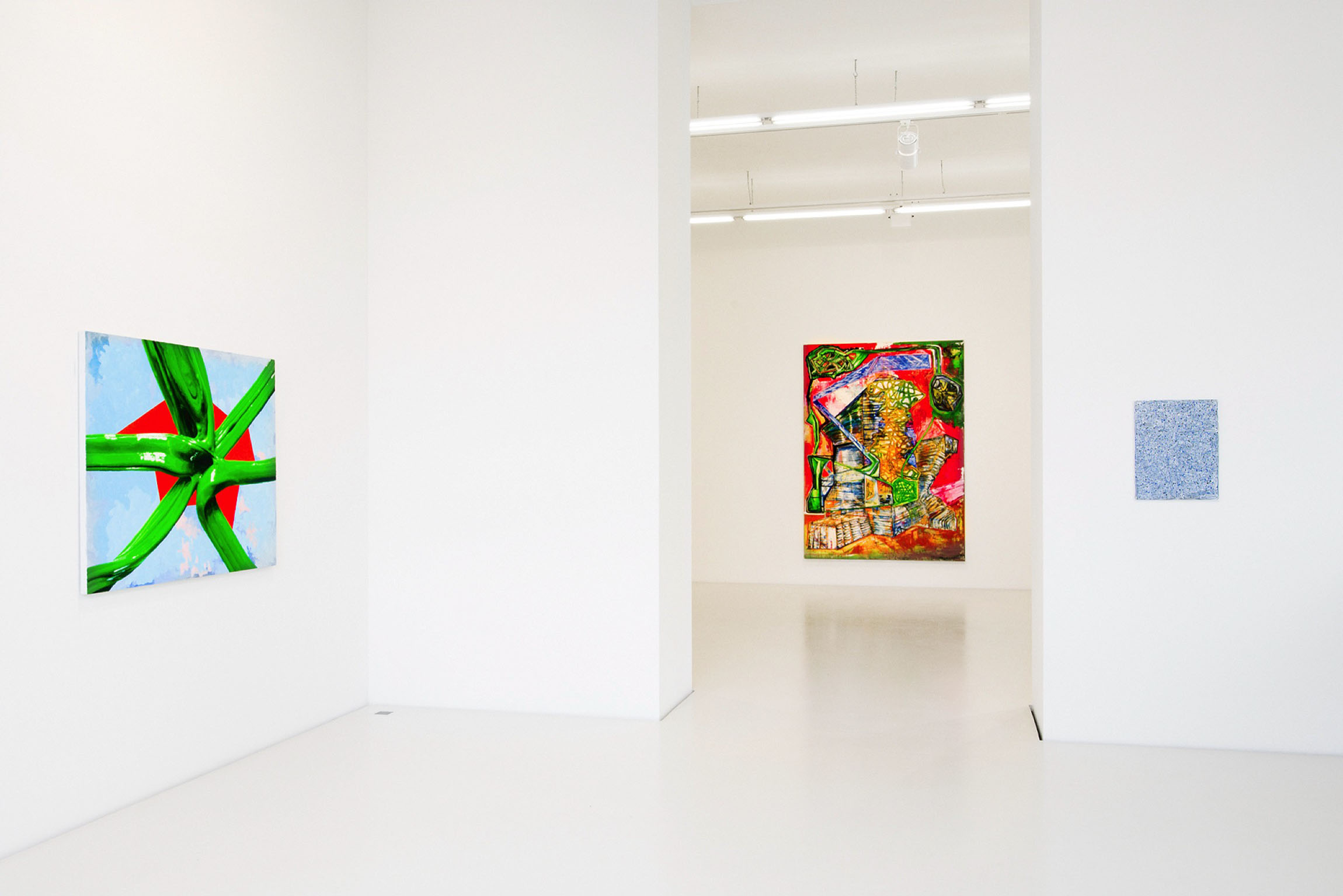 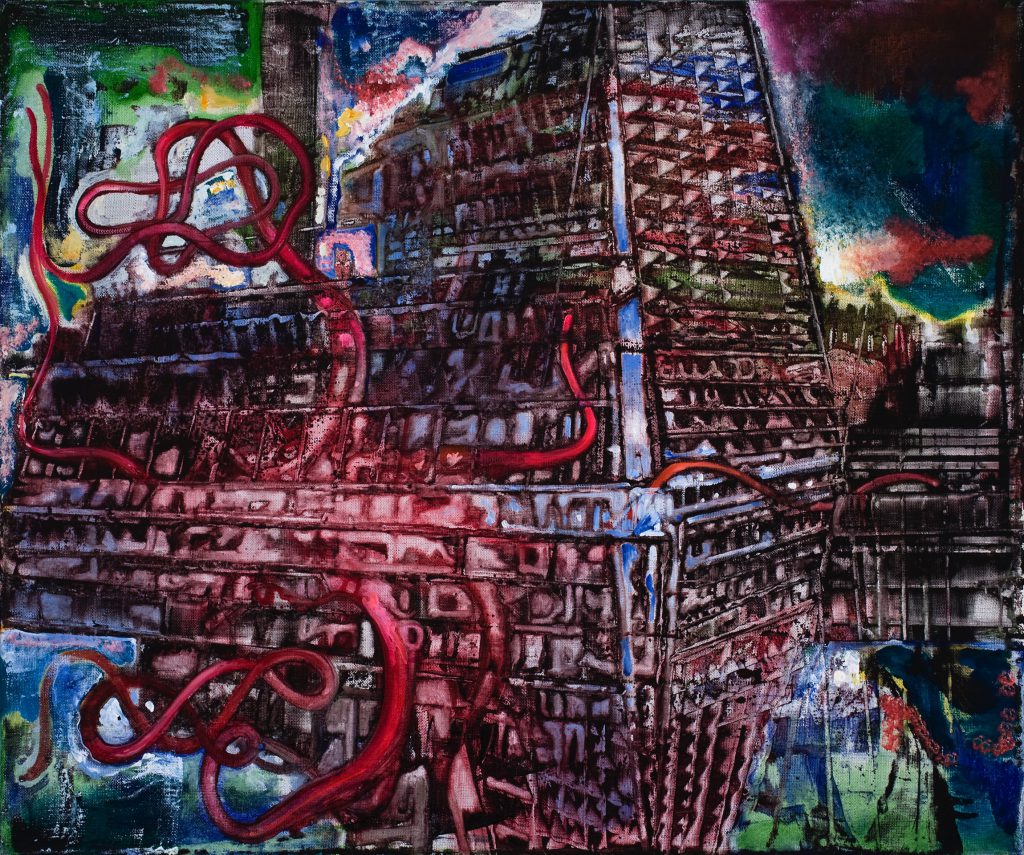 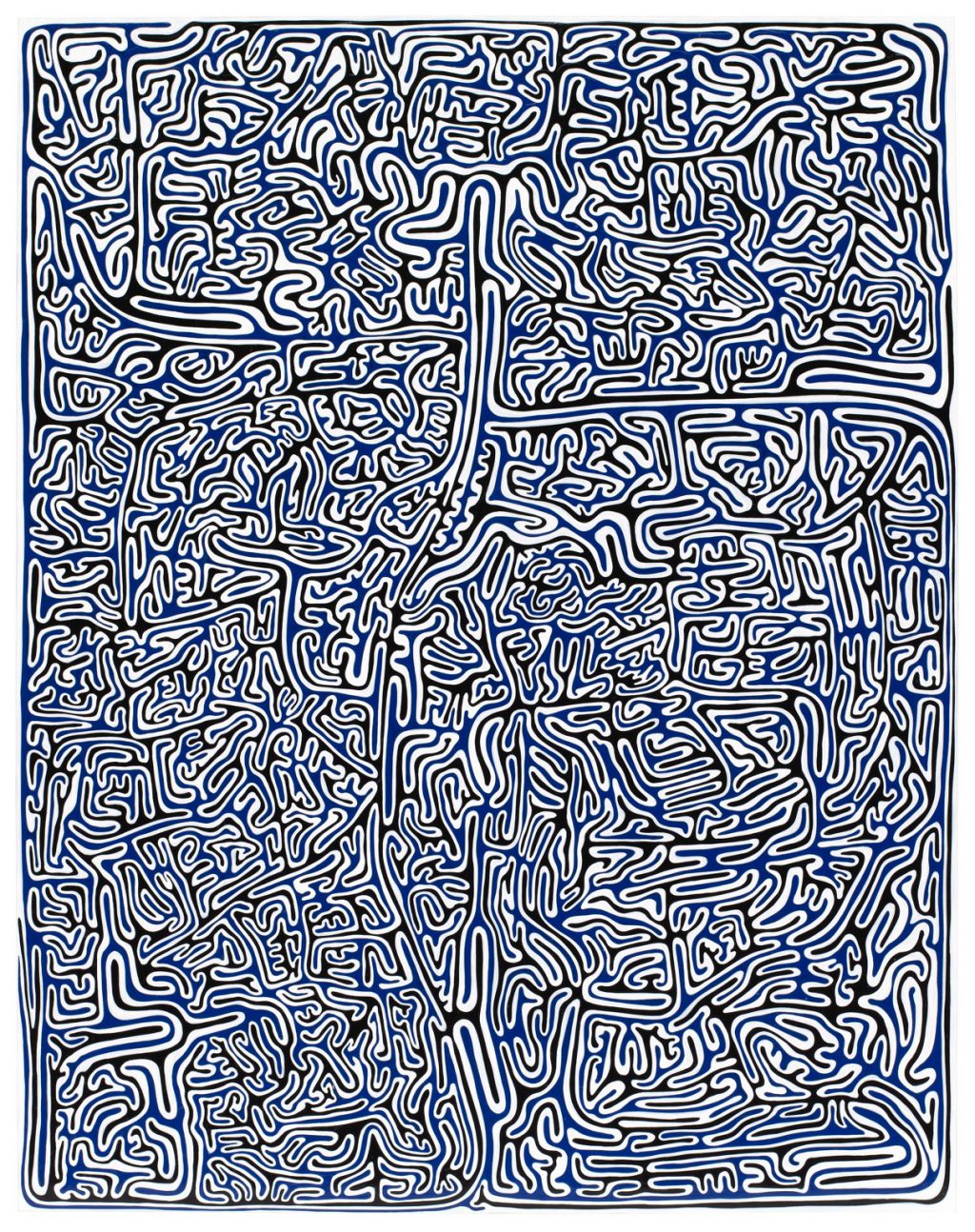 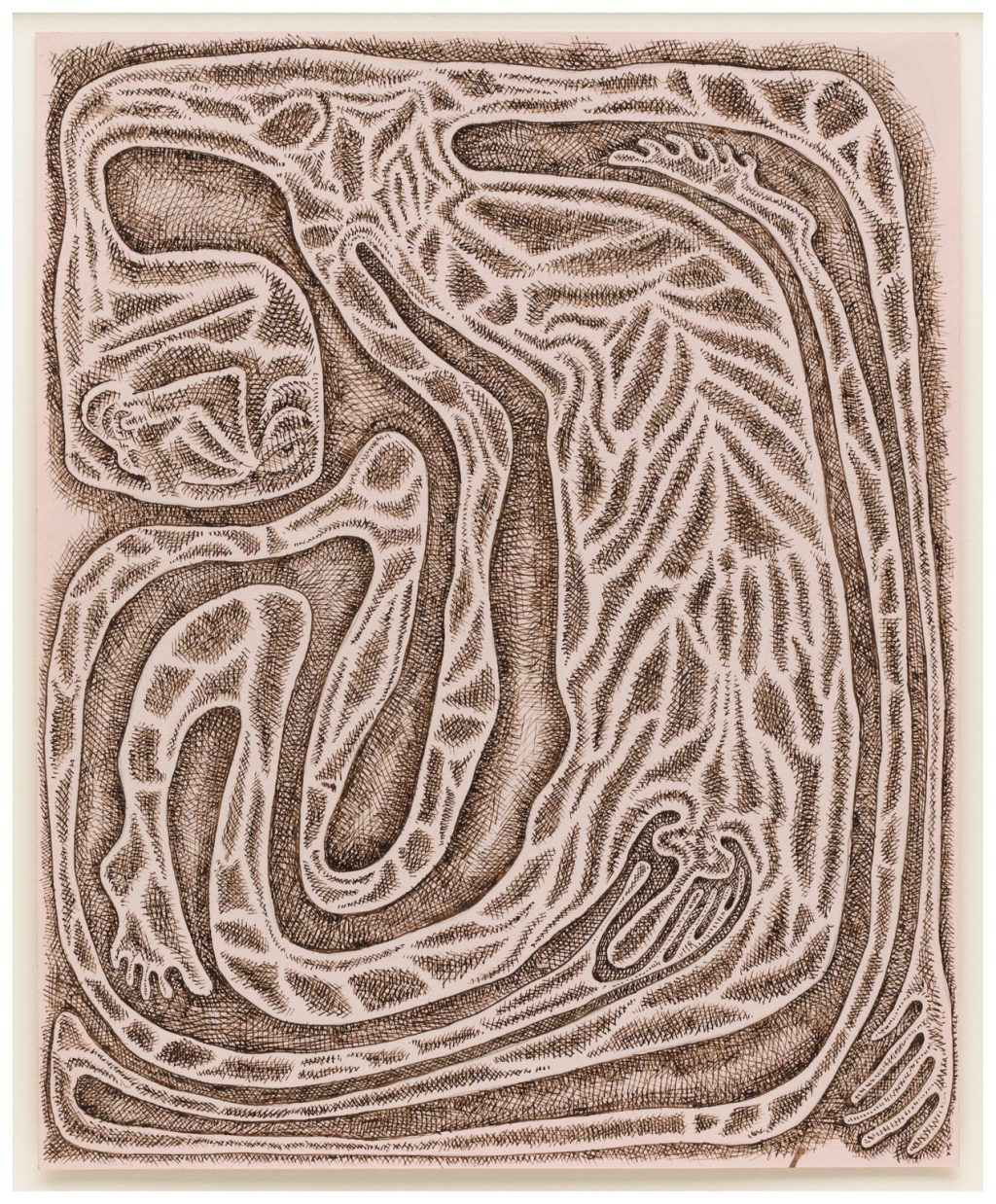 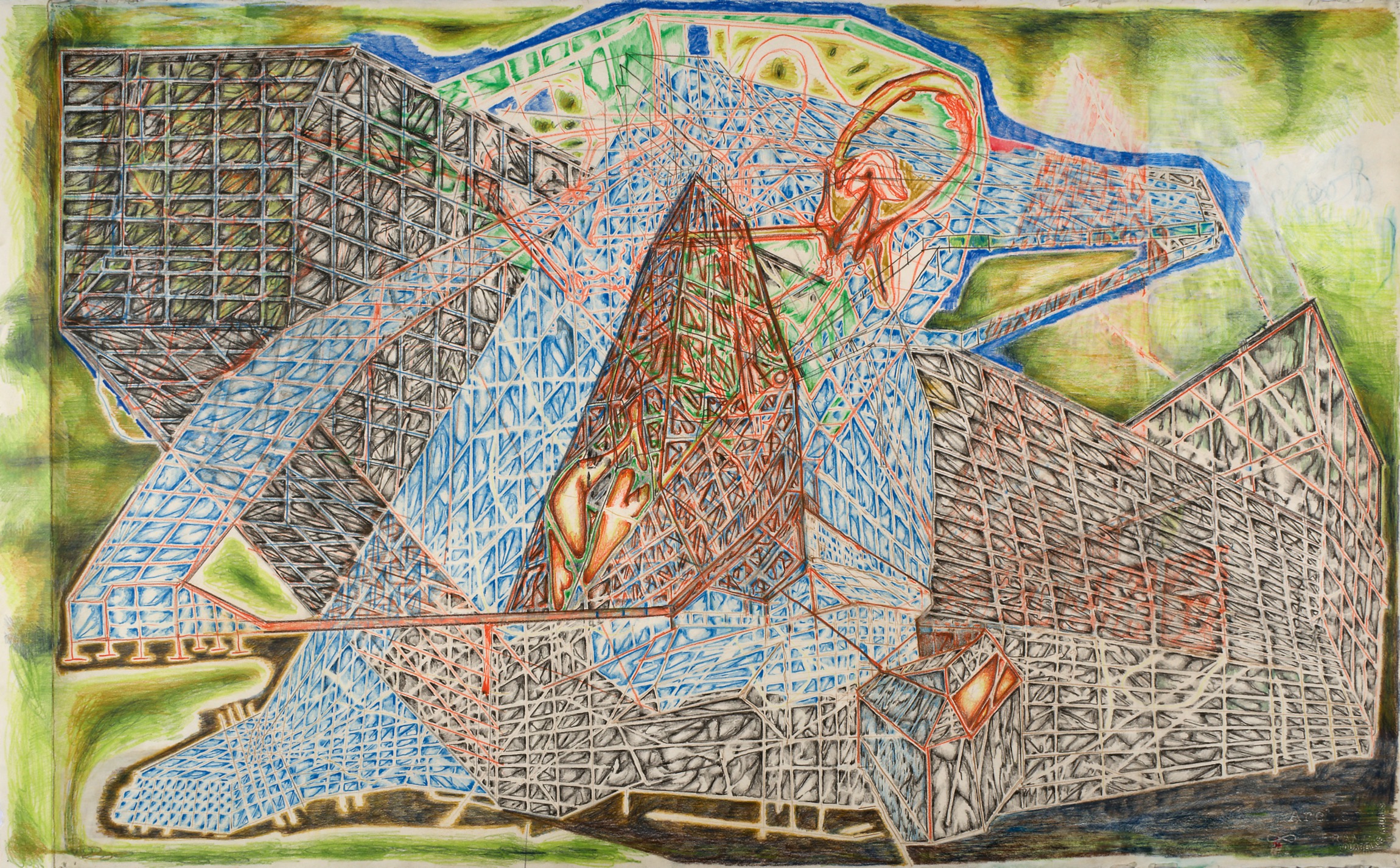 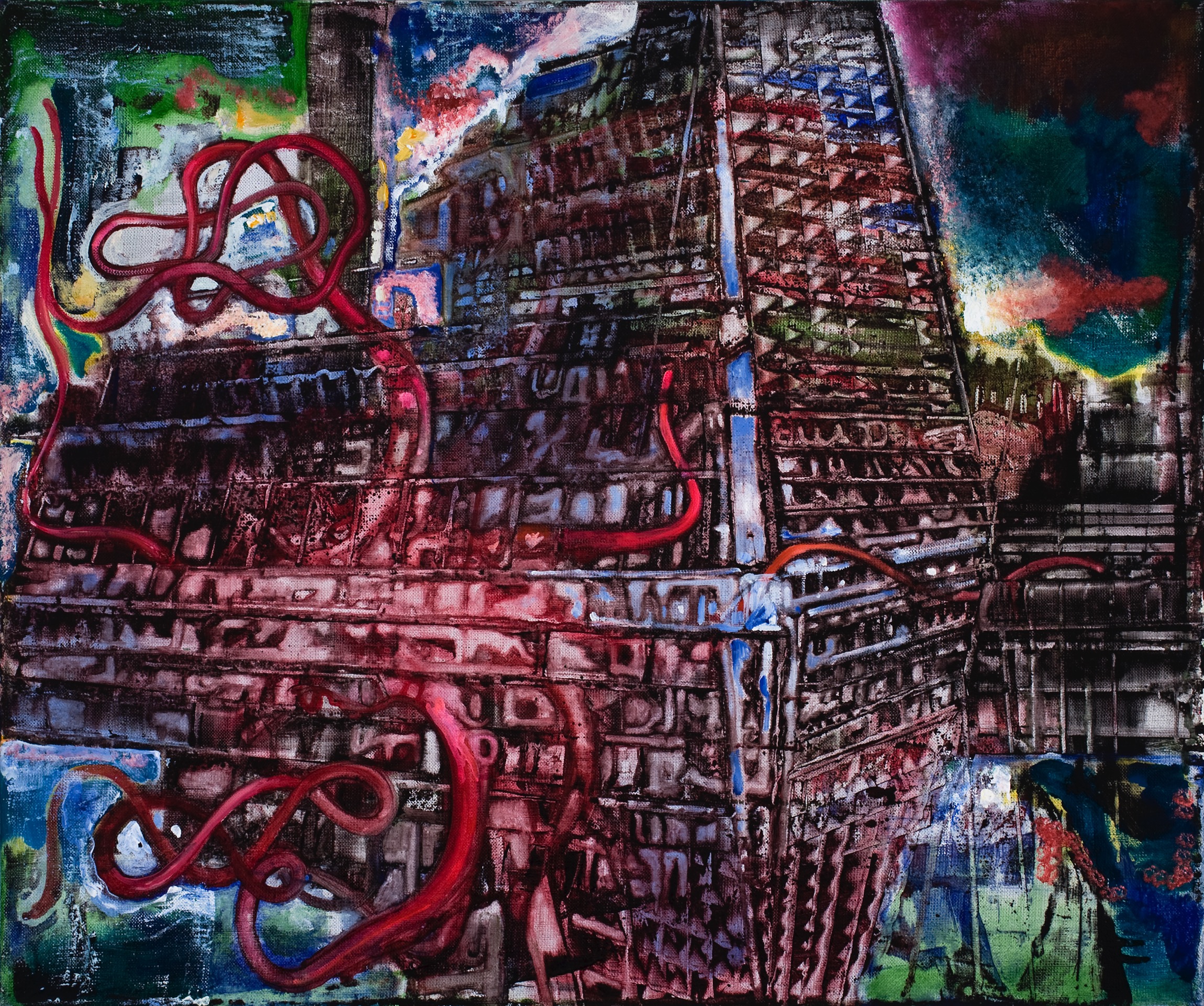 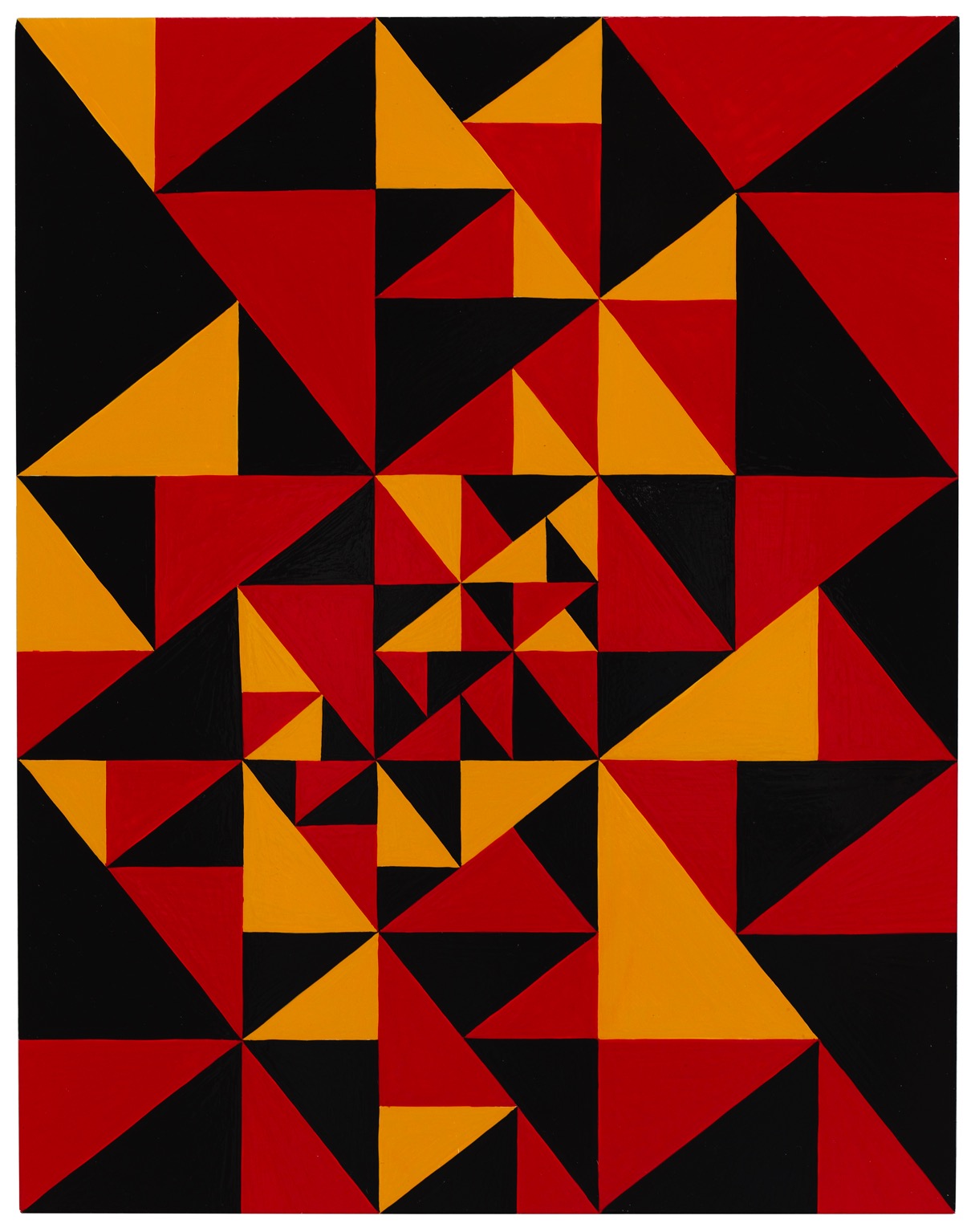 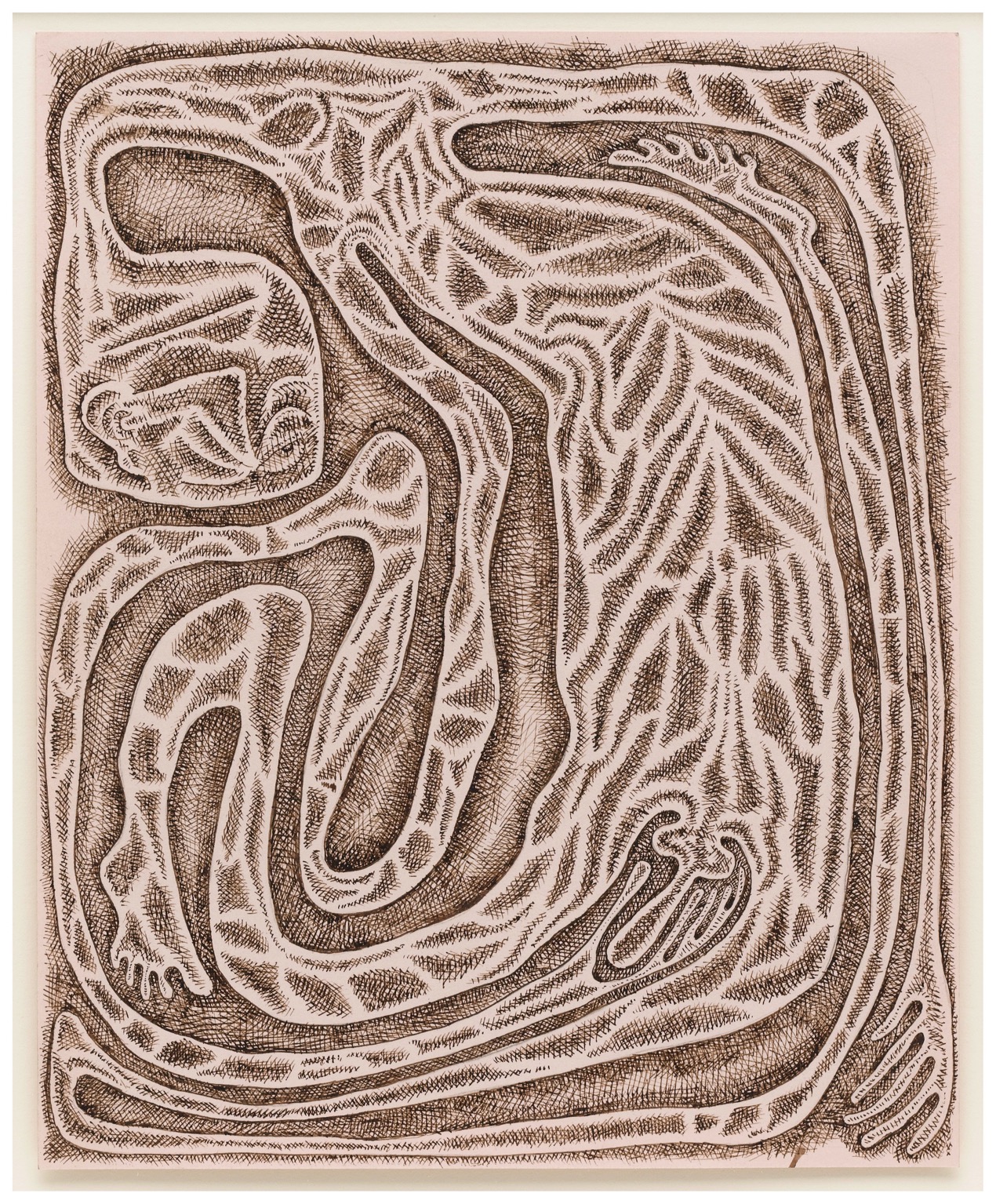 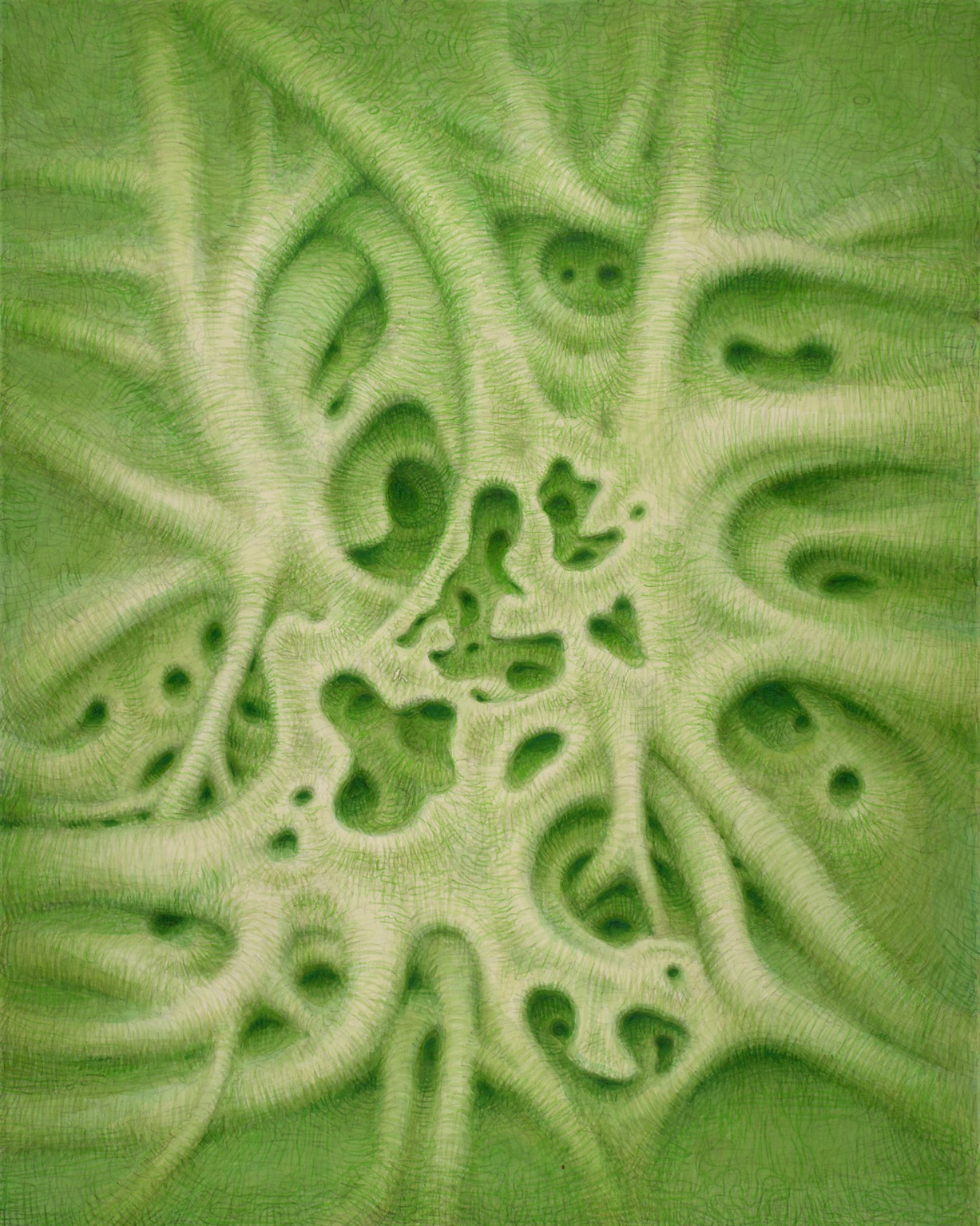 Galerie Nolan Judin is pleased to present Morphological Mutiny, an exhibition of recent drawings, paintings and collage by Steve DiBenedetto, Alexander Ross and James Siena; three American artists living and working in New York whose work has evolved, in part, from a series of experimental exchanges with one another into a dia-logue about process, material and technique.

DiBenedetto, Ross and Siena are inventors of otherworldly hyperspaces whose laws are governed by specific internal logic systems. What ties the work together is the surprising pleasure that each artist takes in breaking down his self-imposed parame-ters. As acts of morphological mutiny, or rebellions of form and structure, the works’ growth and decay explain the life cycle of worlds run by digits, measurements and technology. If the works were placed along a barometer measuring structural integrity, James Siena and Steve DiBenedetto would occupy opposite extremes, with Ross vacillating in the middle.

James Siena employs the mathematical laws of algorithms to predetermine the shape, color, and placement of his forms, which he calls “image-structures.” His tight moves feel like Escher tessellations, but have recently found release in figurative experimen-tation as seen in the outline of a woman in Flat Red Girl, or the suggestion of a face in Decaying Old Man.

Alexander Ross creates green-blue hyperspaces informed by microbiology. His alien occupants and monstrous blobs are figures inspired by observations that he makes through the lens of a microscope. Ross short-circuits his biology-based systems by distorting and enhancing that which he sees—sometimes translating his observations into clay macquettes which he will photograph, manipulate on Photoshop, and print out to use as a collage elements for his works on paper.

Steve DiBenedetto is the wiliest of the three, resisting adherence to a single system of looking or creating. Instead, his subjects, taken from the journals of philosophers and inventors and architects are his control. The Octopus, The Helicopter and The Glass Tower emerge and evaporate in each work, their physical and psychological engage-ment denoted by their location within the composition. In this recent work, The Glass Tower has absorbed the octopus before self-imploding. DiBenedetto’s mutiny is in his treatment of his subjects, which he renders in an unruly painterly technique that is on a constant quest to push the boundaries of what is considered painting to its utmost extremes.

James Siena (b. 1957, California) received his BFA from Cornell University in 1979. Siena’s work has been featured in of over 55 group exhibitions, including the 2004 Whitney Museum of American Art Biennial. The recipient of multiple honors and awards, Siena has received an Award in Art from the American Academy of Arts and Letters, New York (2000); the Louis Comfort Tiffany Foundation Biennial Com-petition Award (1999); and The New York Foundation for the Arts Fellowship in Pain-ting (1994). His work can be found in numerous public collections including the Des Moines Art Center, Iowa; Herbert F. Johnson Museum of Art, Cornell University, Ithaca, NY; Museum of Fine Art, Boston; The Museum of Modern Art, New York; the Philip Morris Collection, New York; San Francisco Museum of Modern Art, San Fran-cisco; UCLA Hammer Museum, Los Angeles; and the Whitney Museum of American Art, New York. Siena completed an artist-in-residency program at Yaddo in 2004, and recently was elected a Member of Yaddo.