Adrian Ghenie
The Flight into Egypt 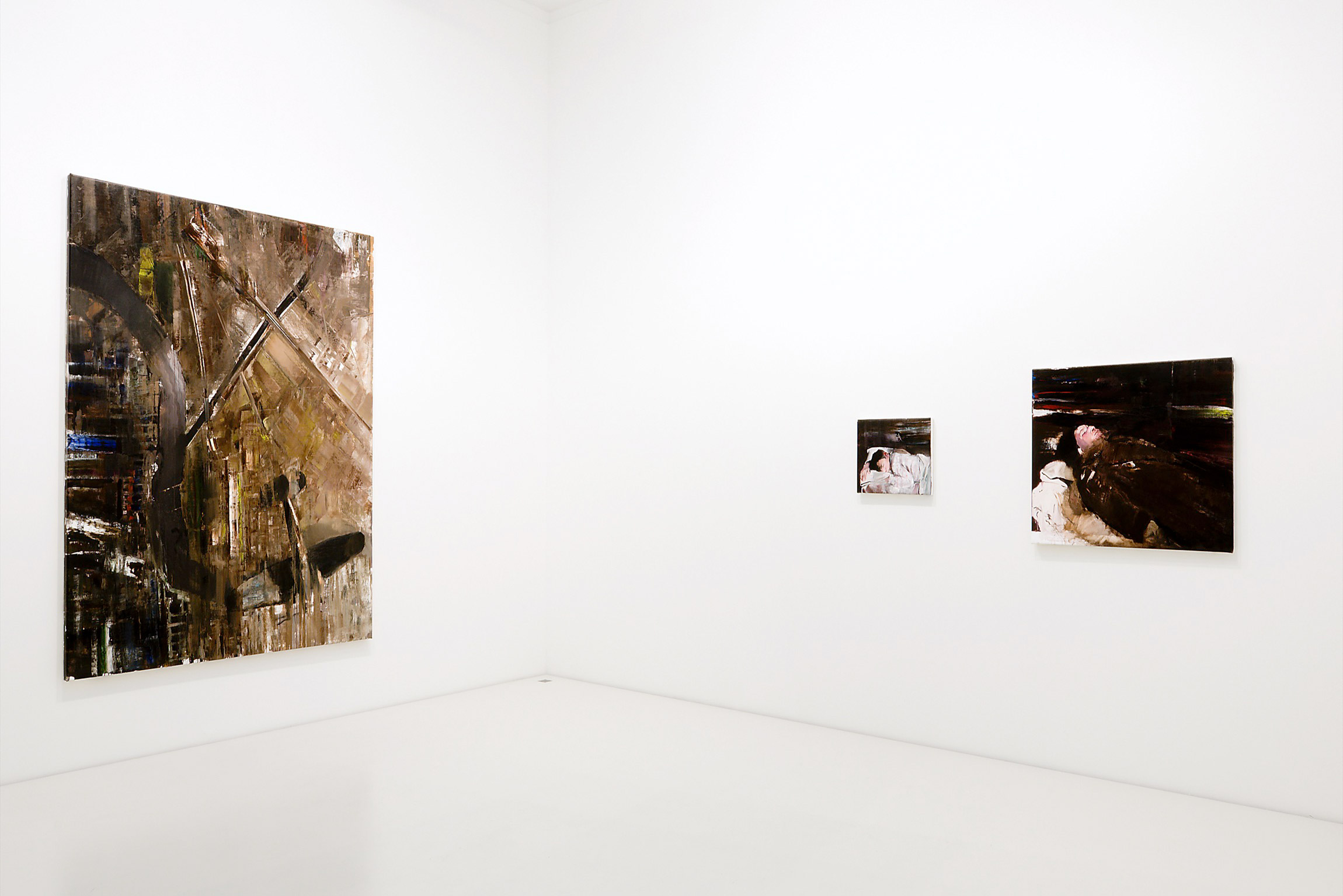 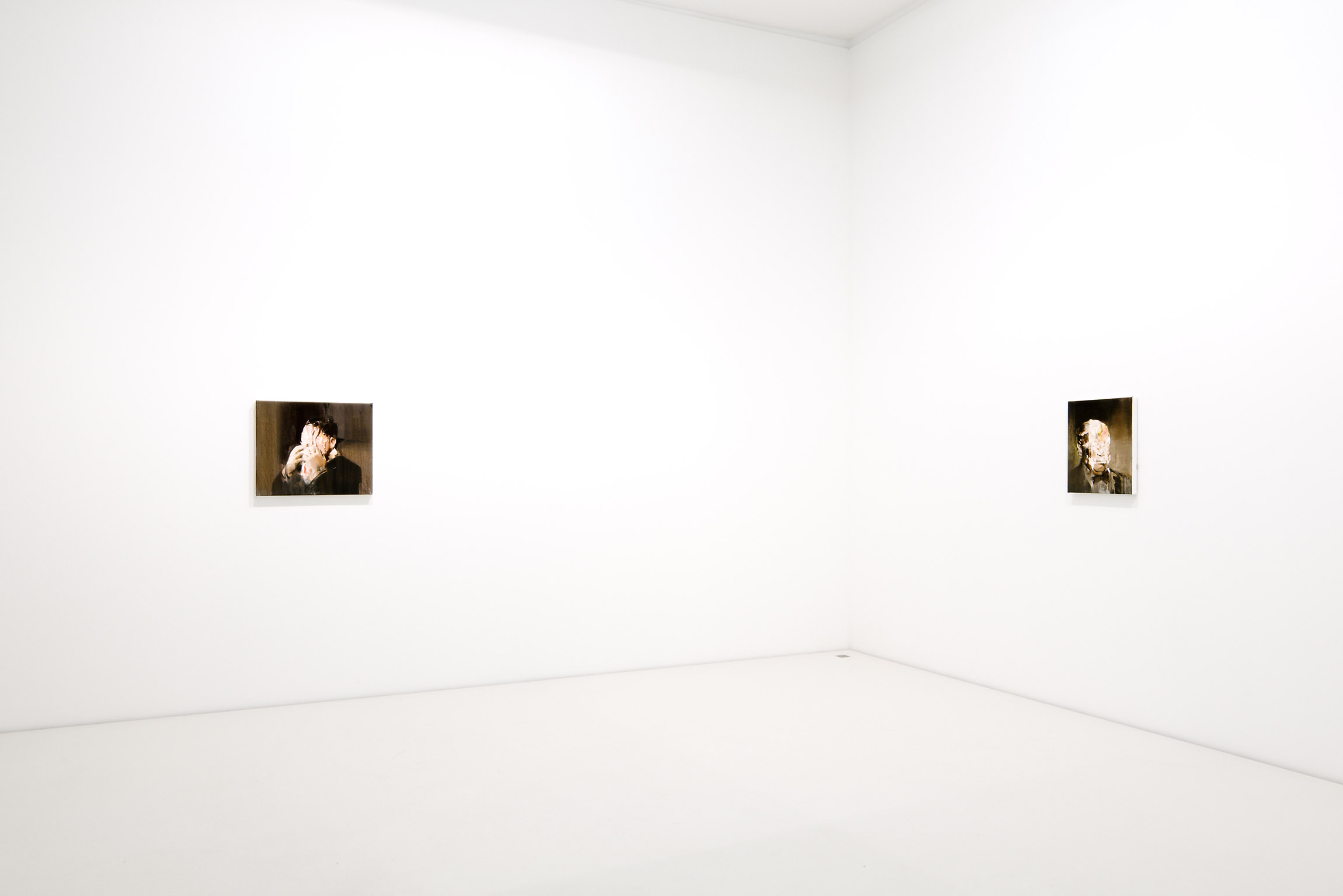 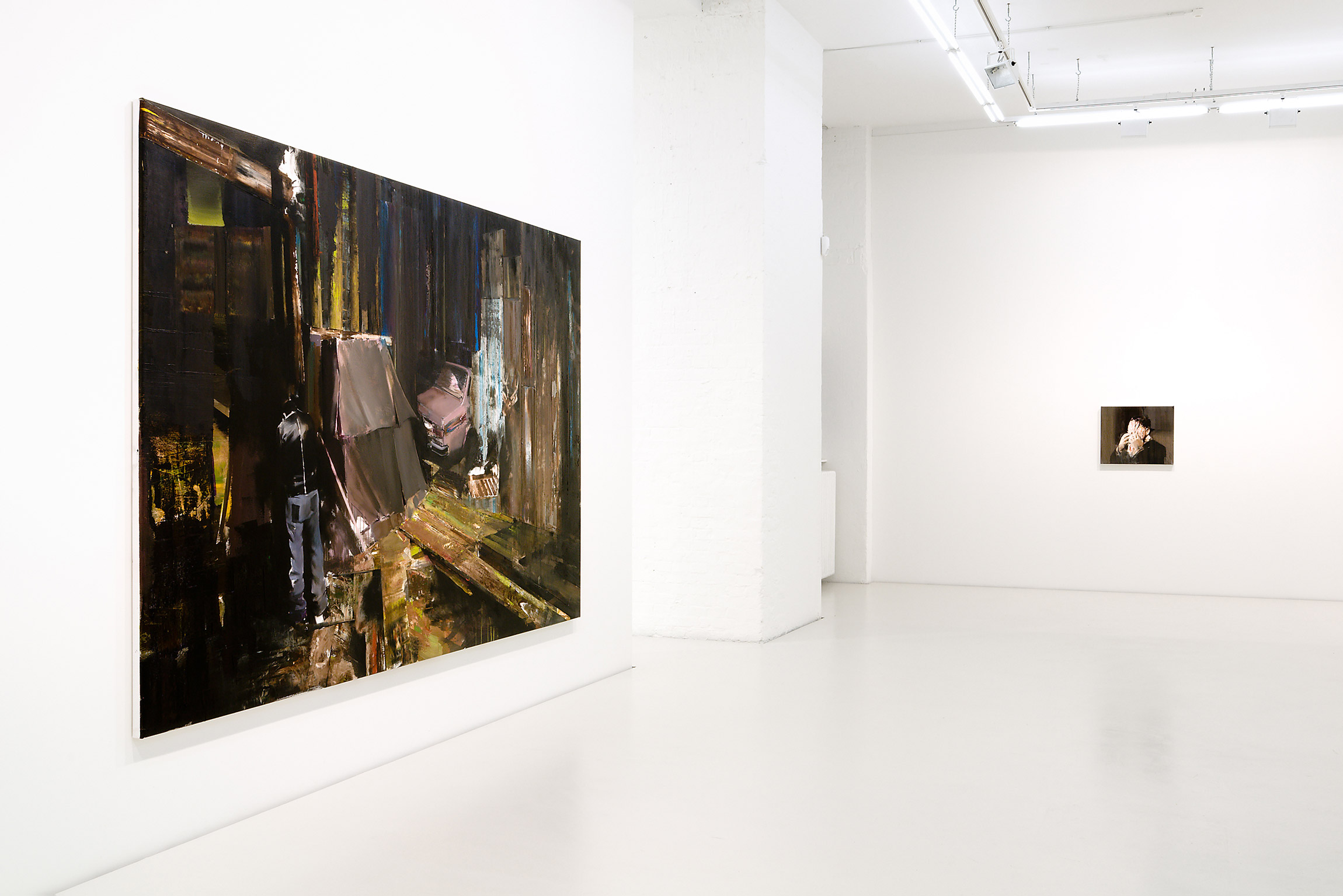 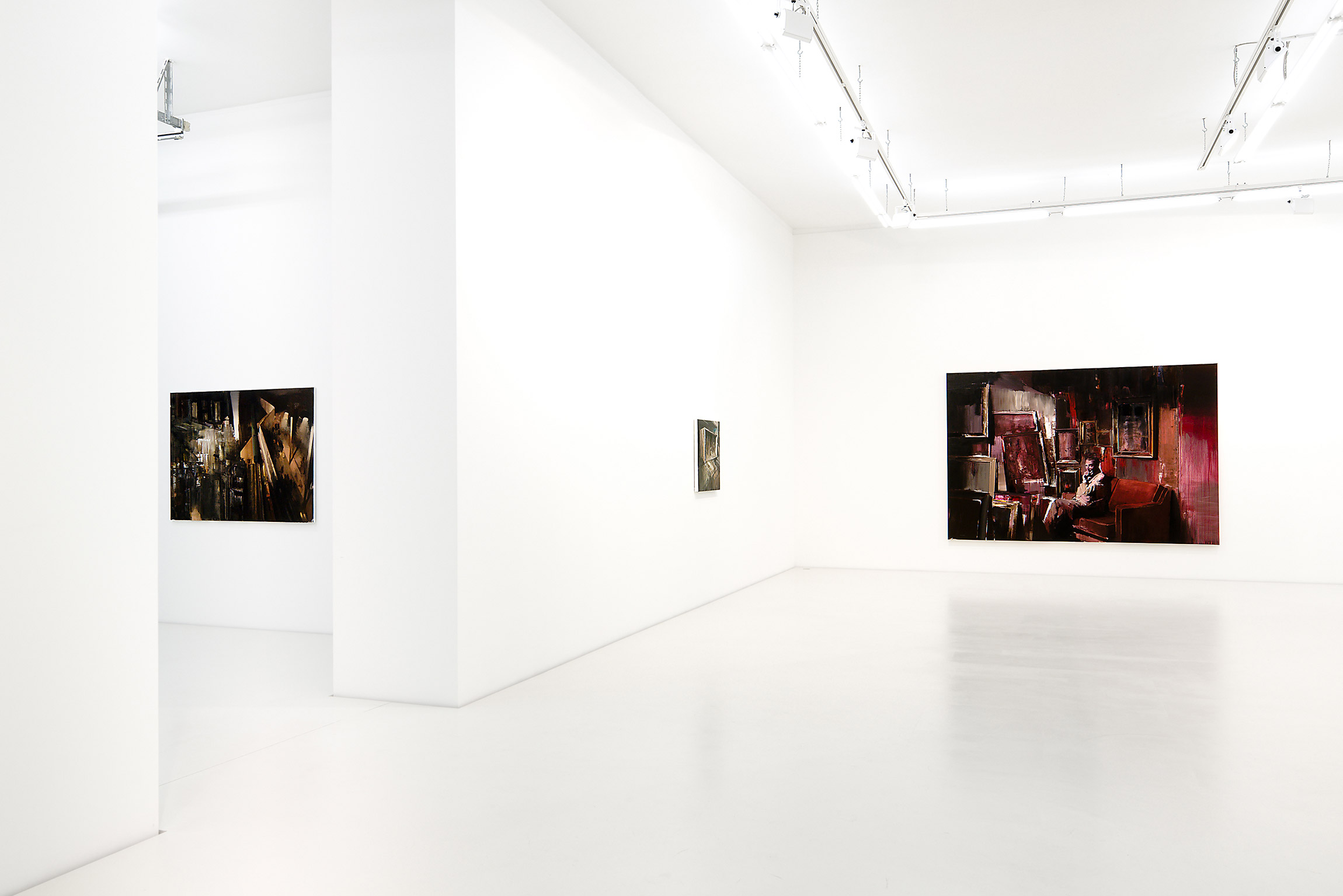 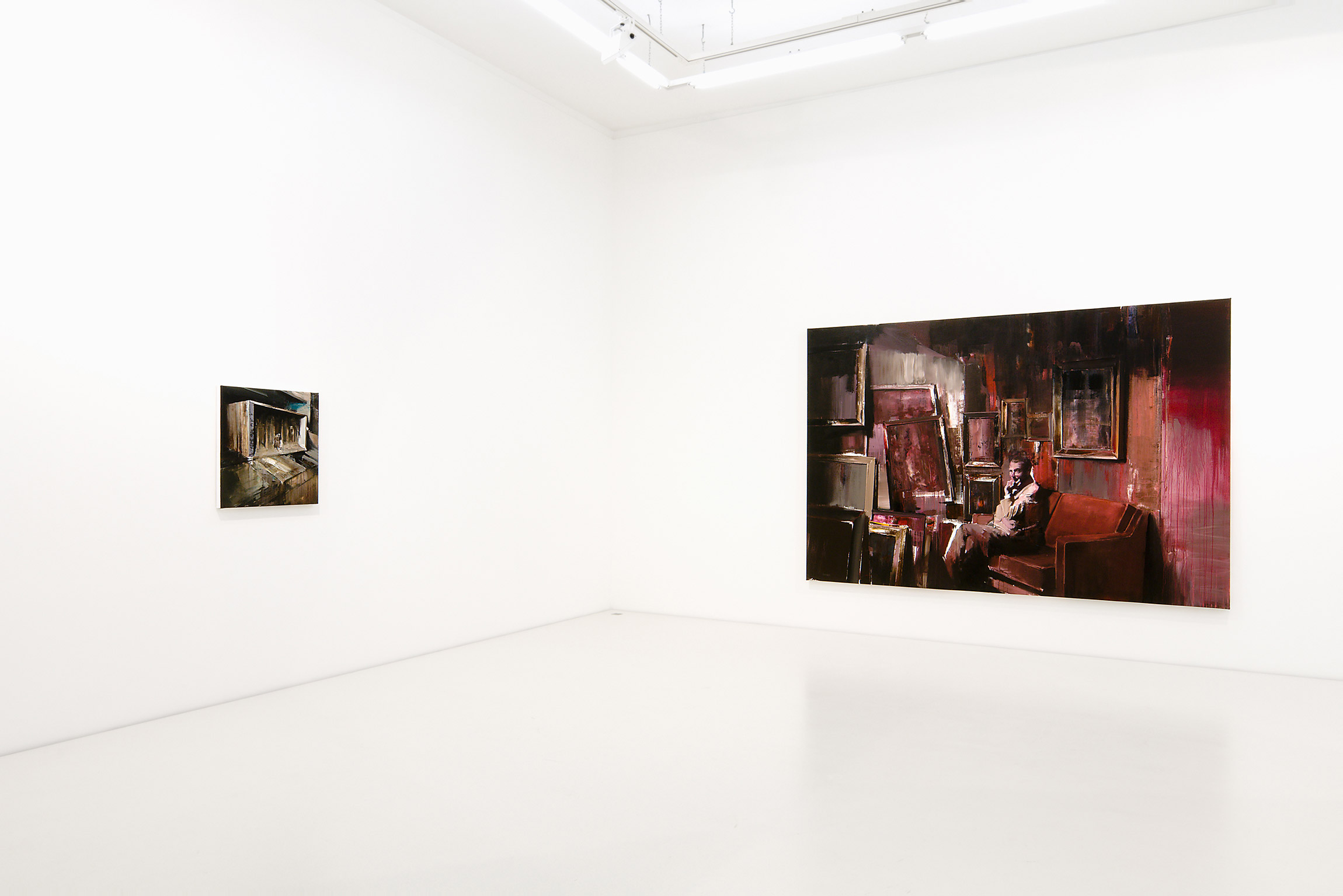 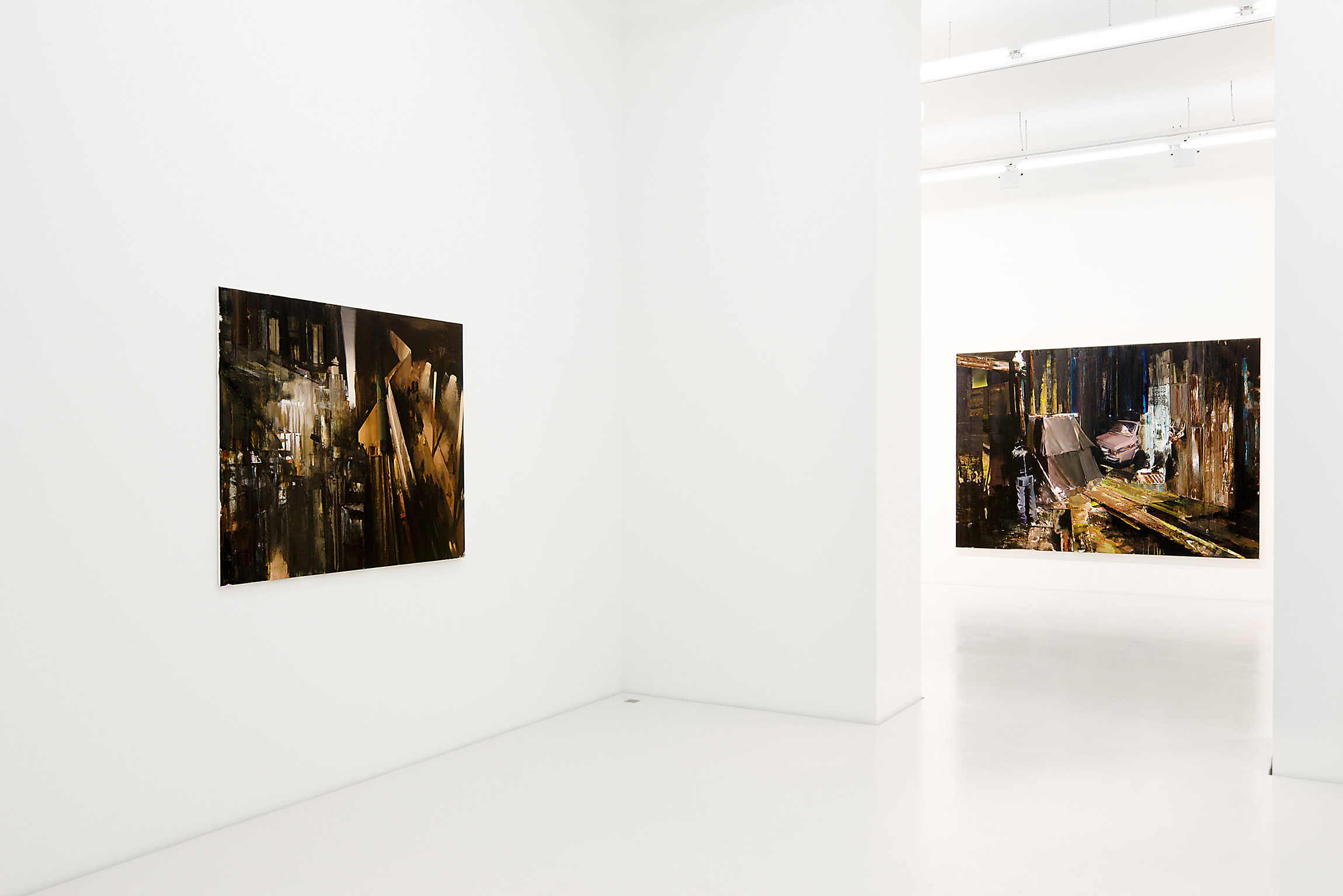 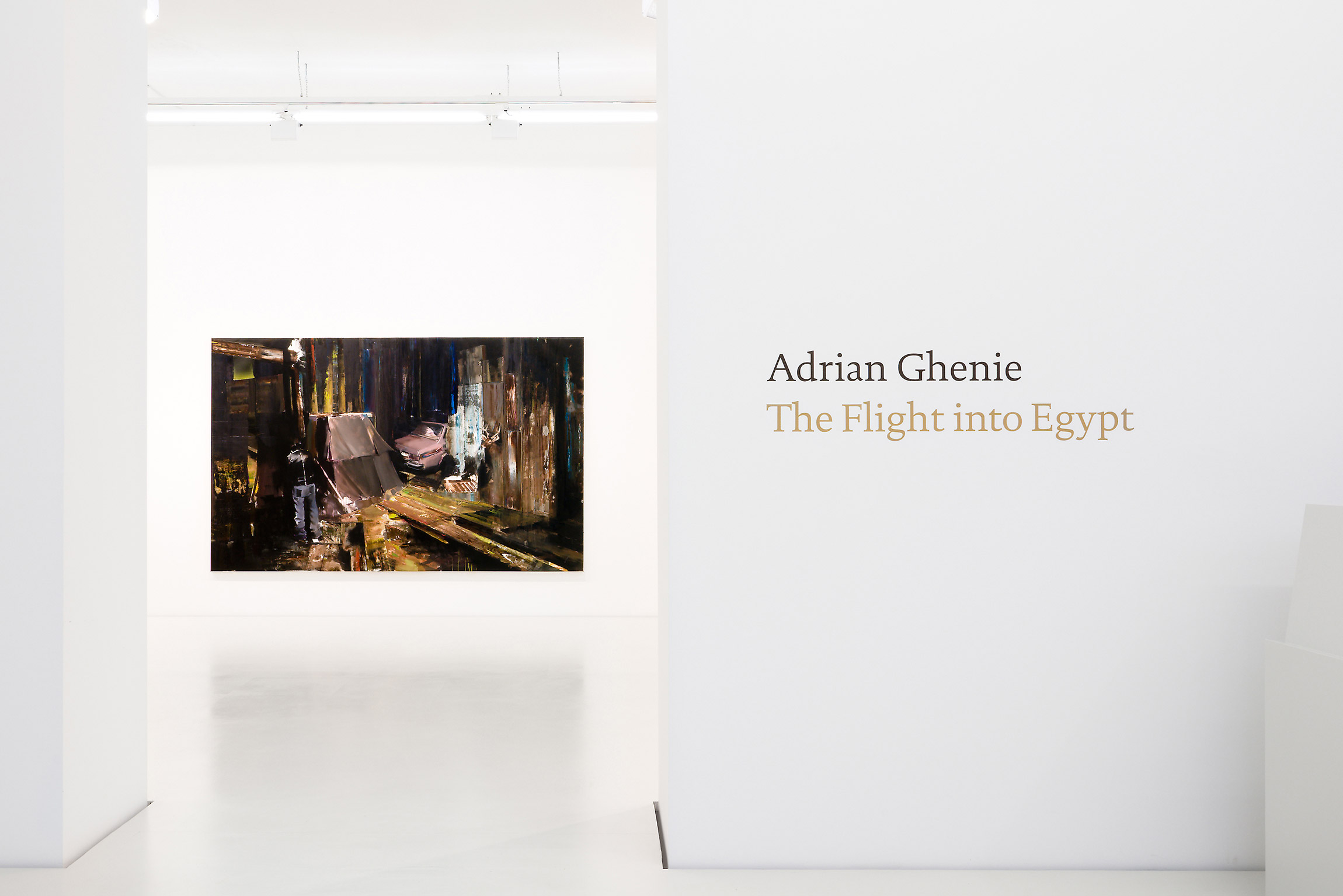 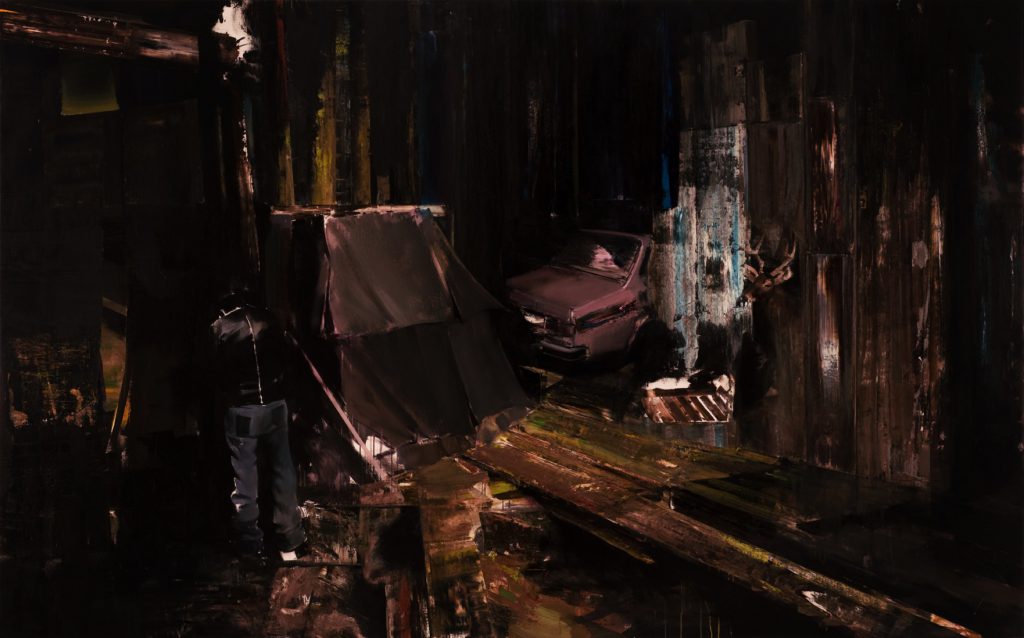 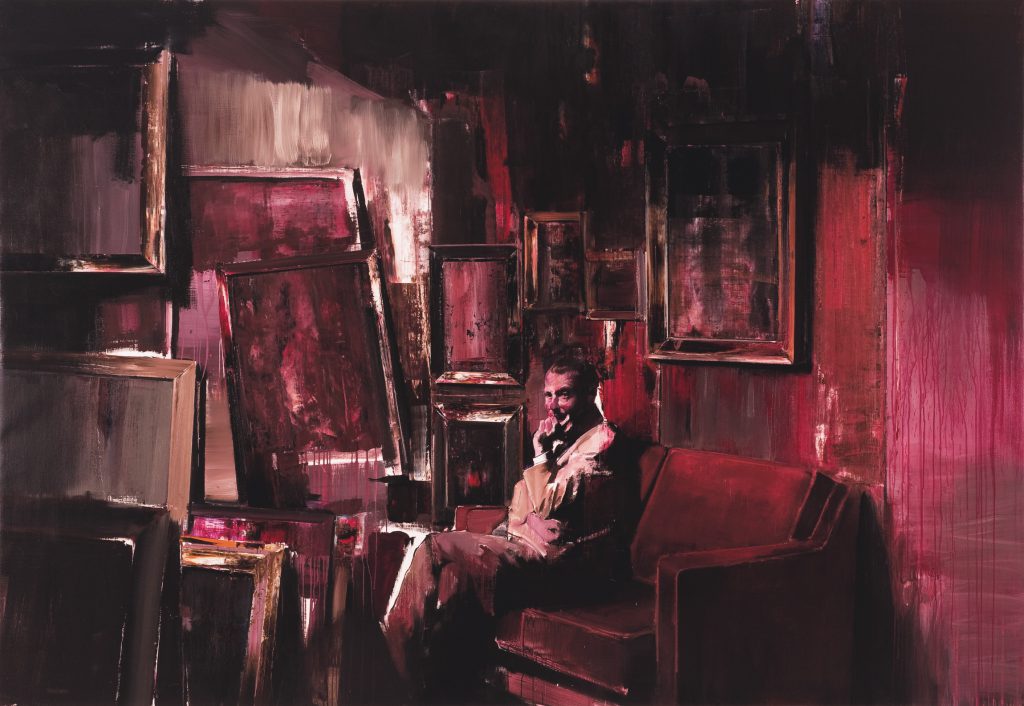 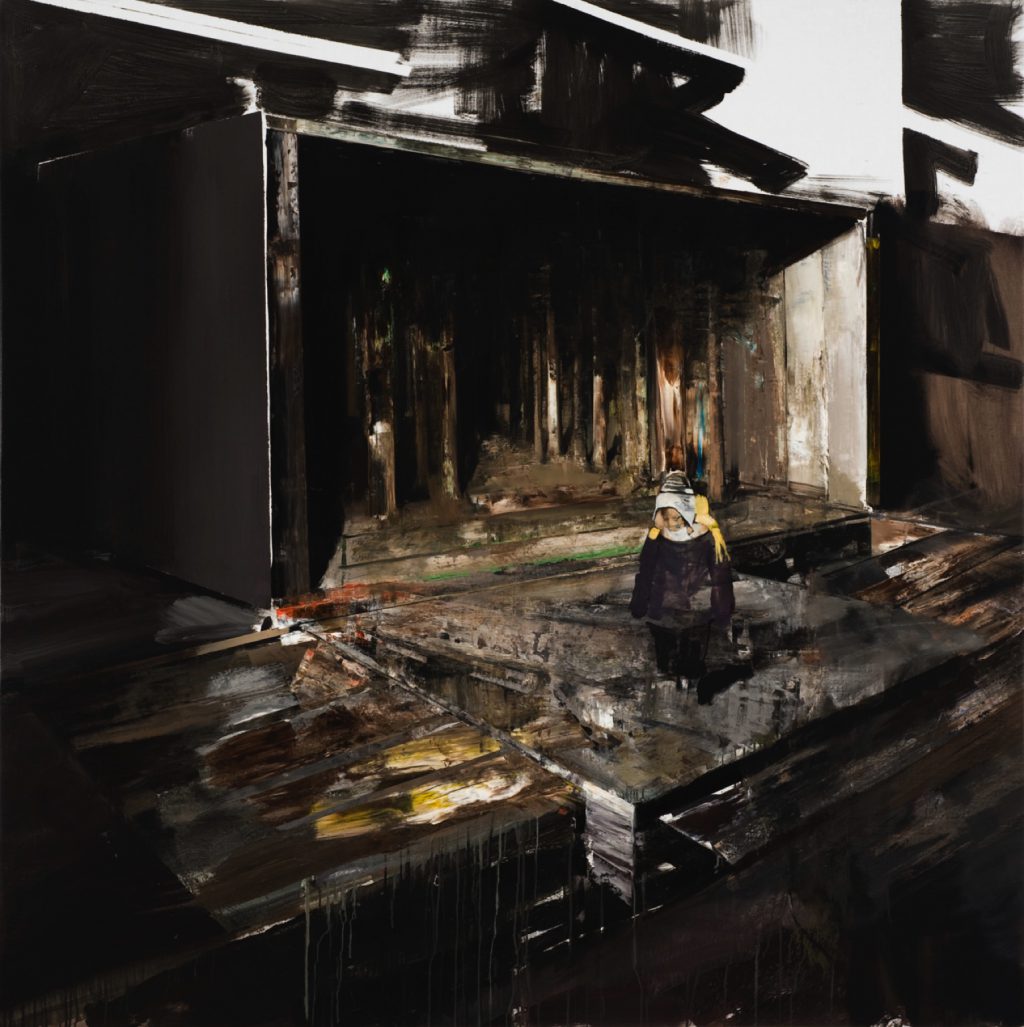 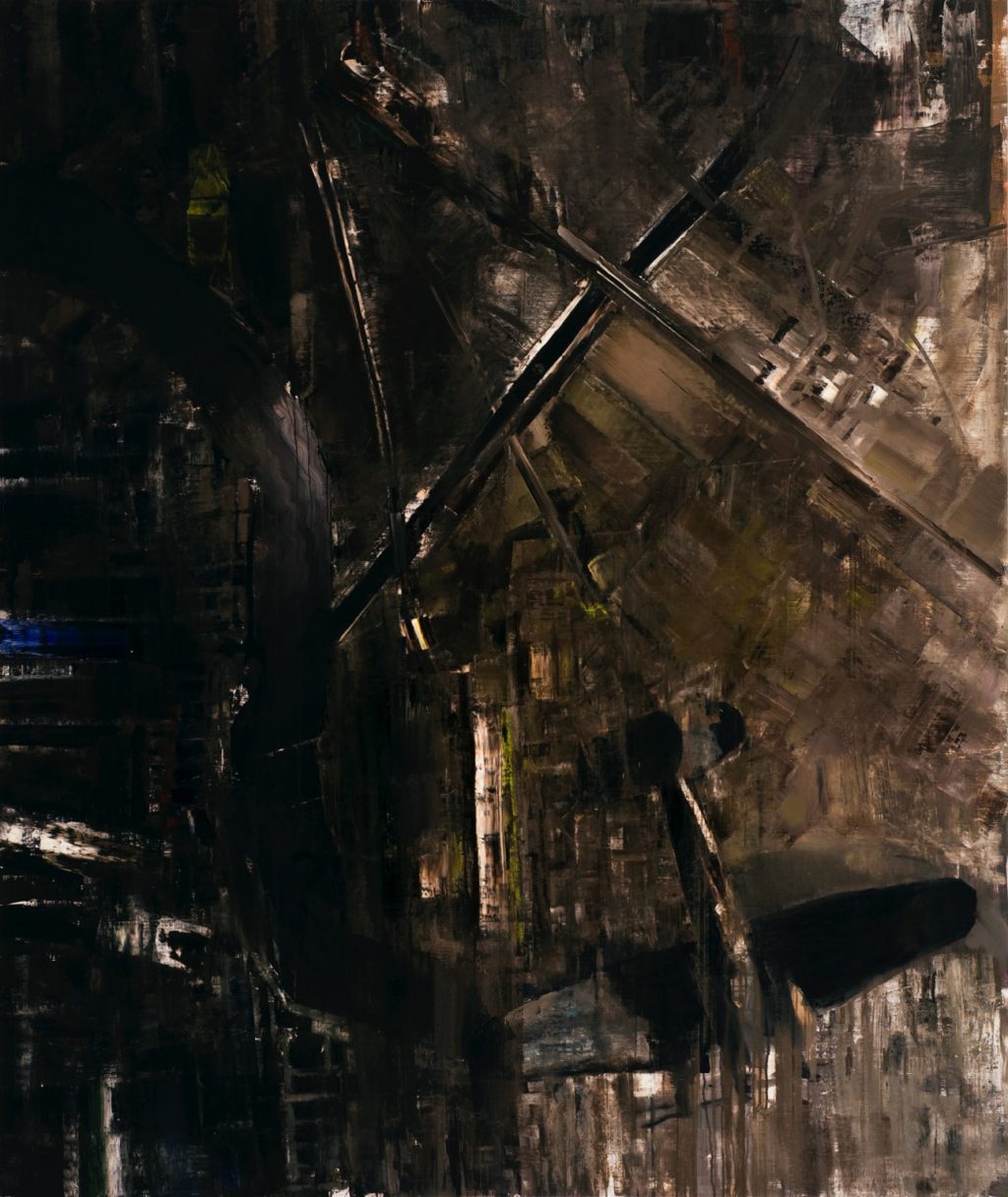 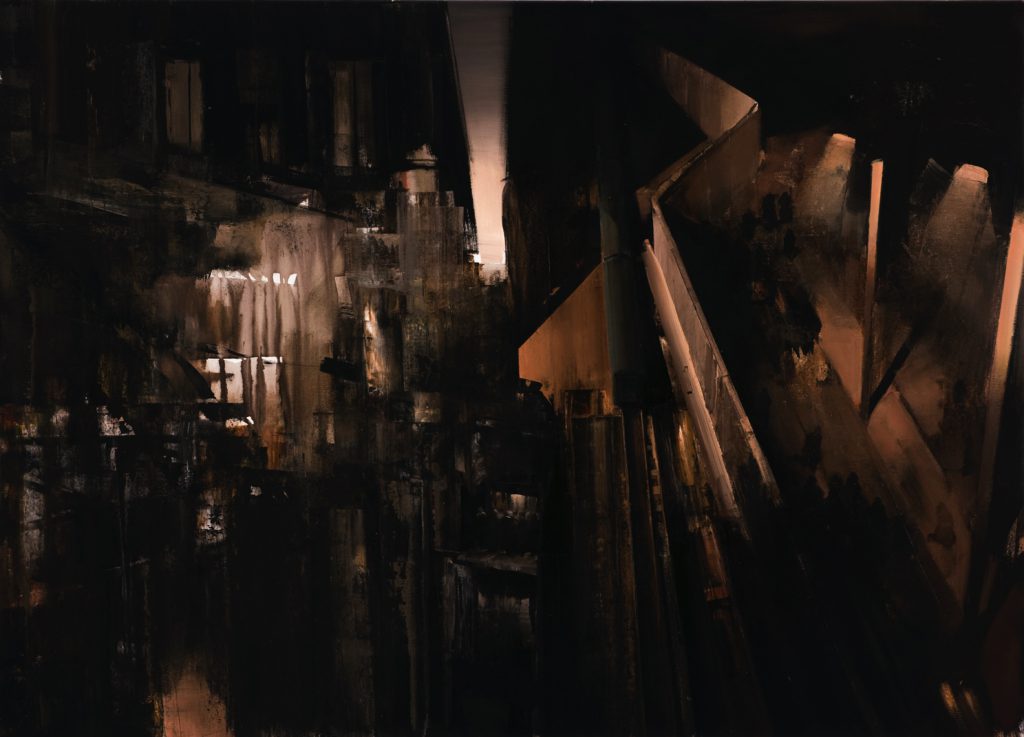 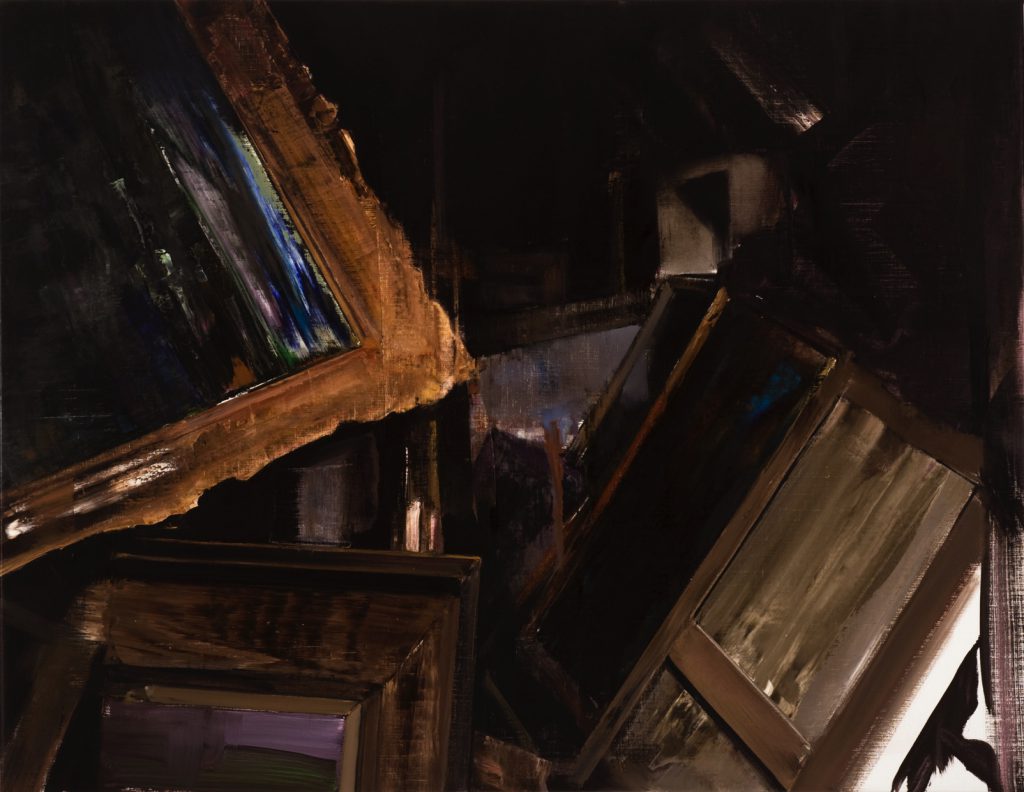 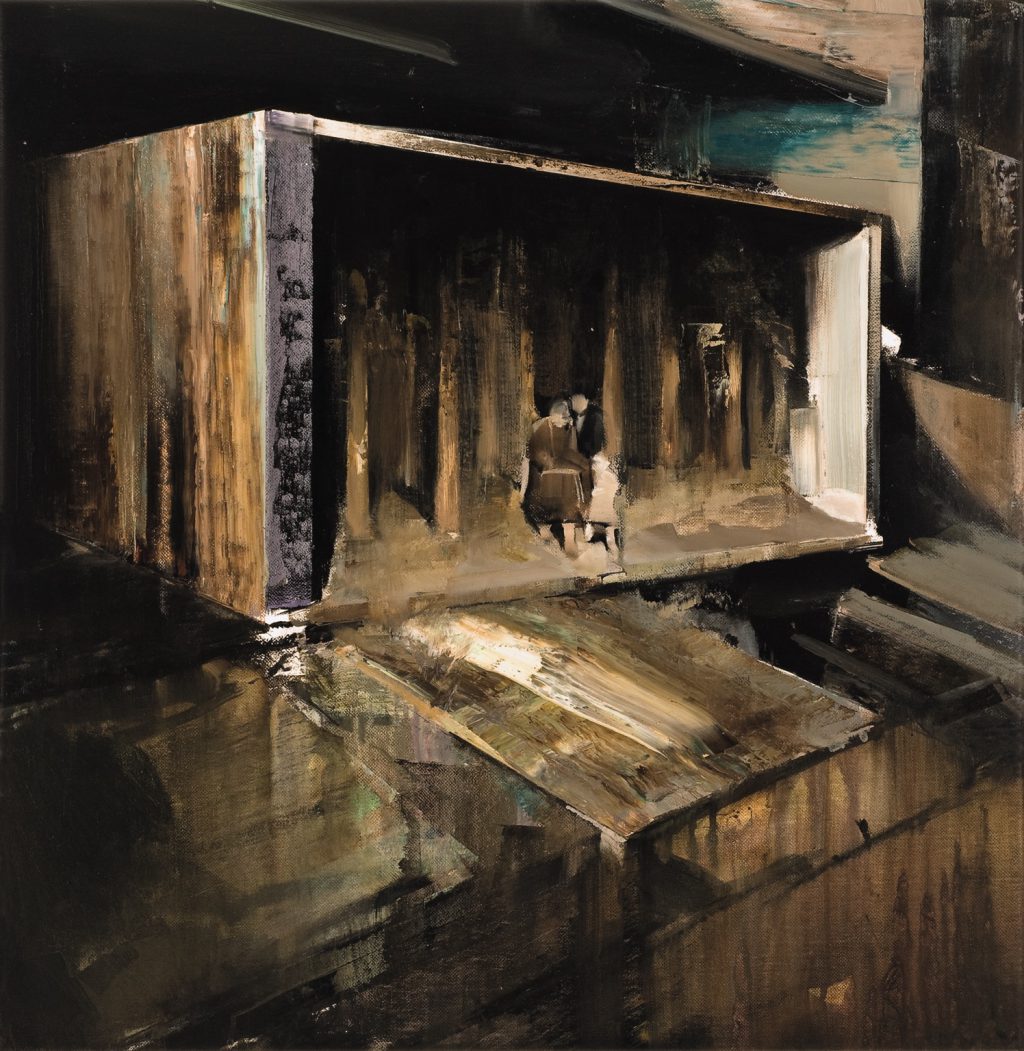 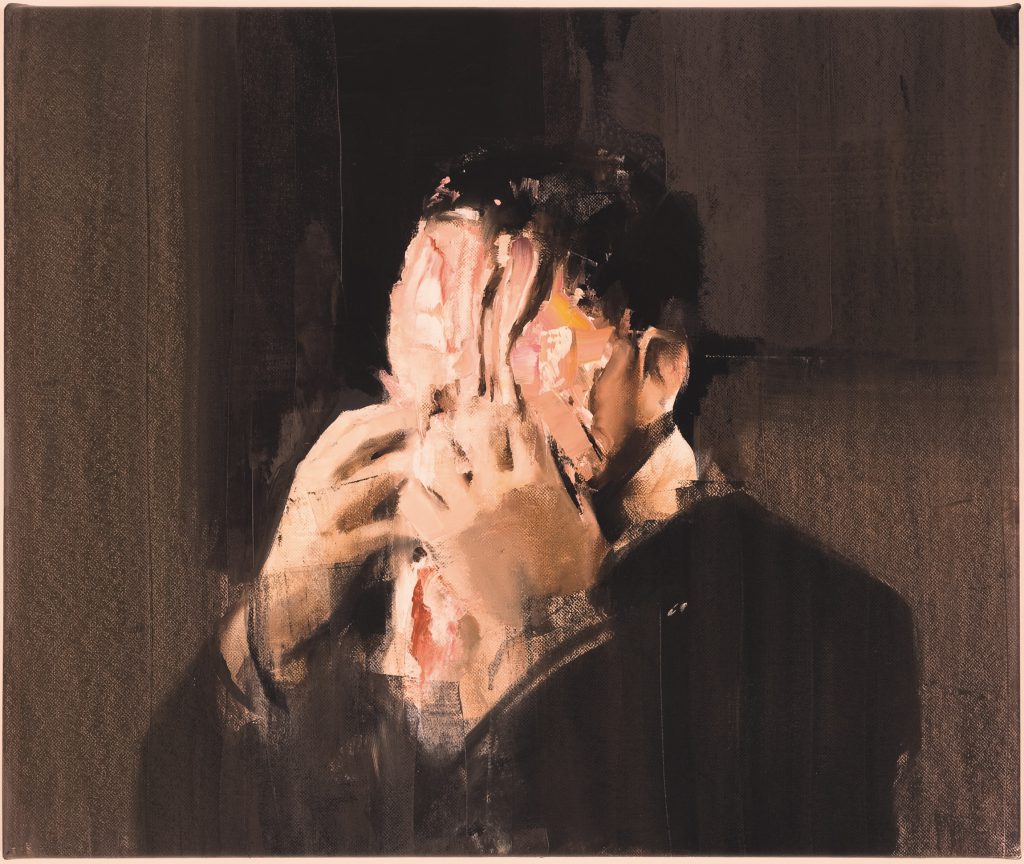 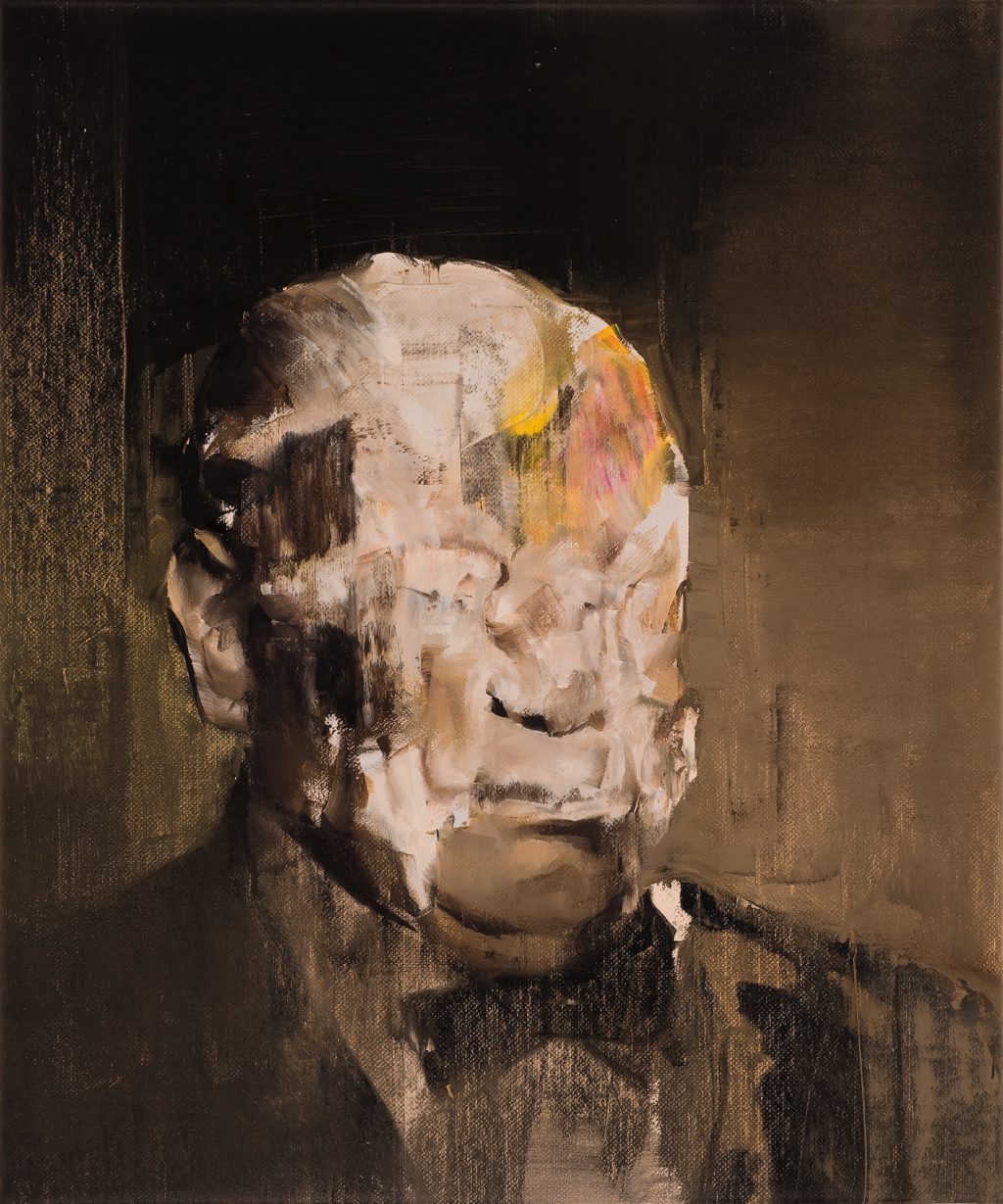 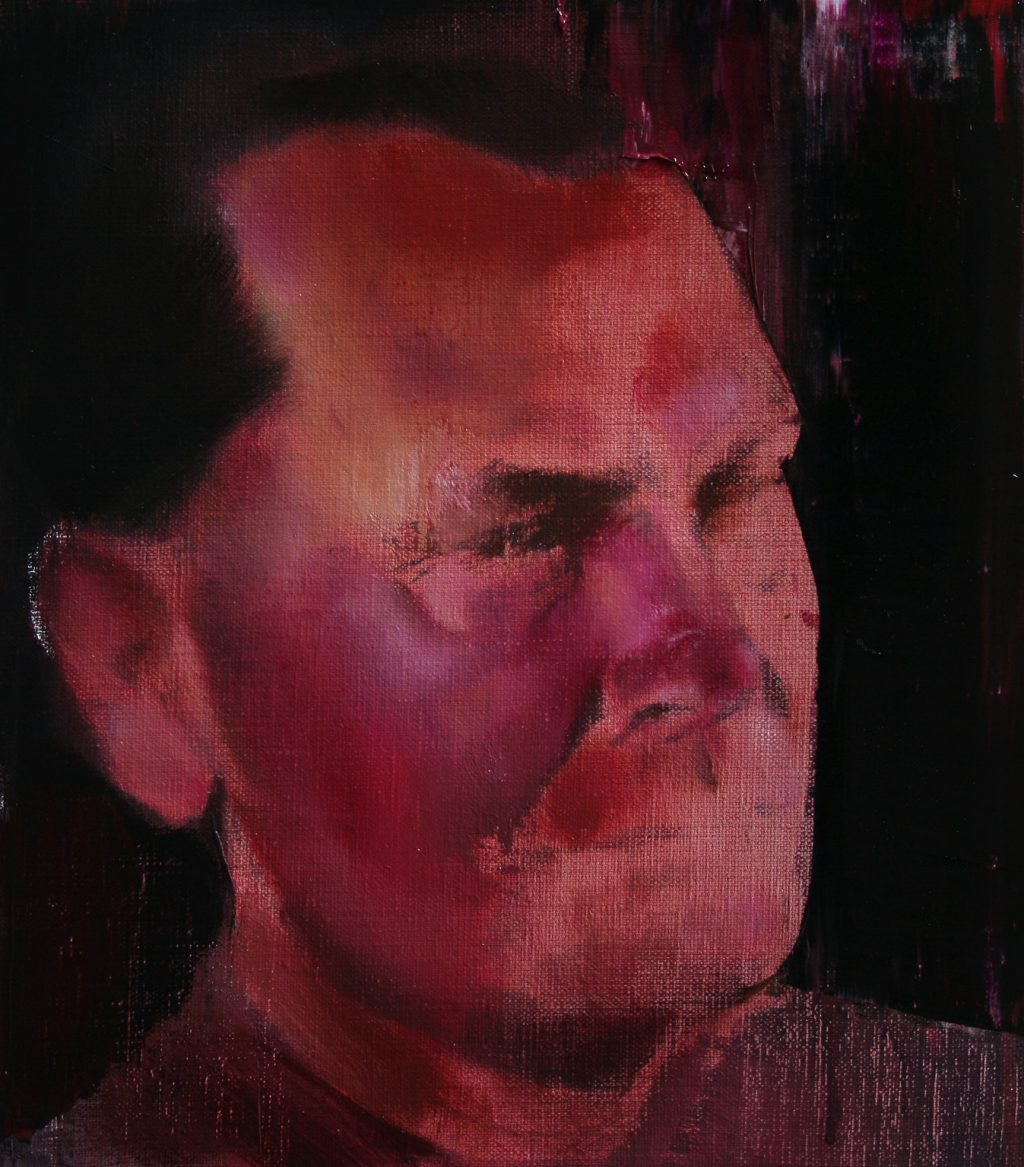 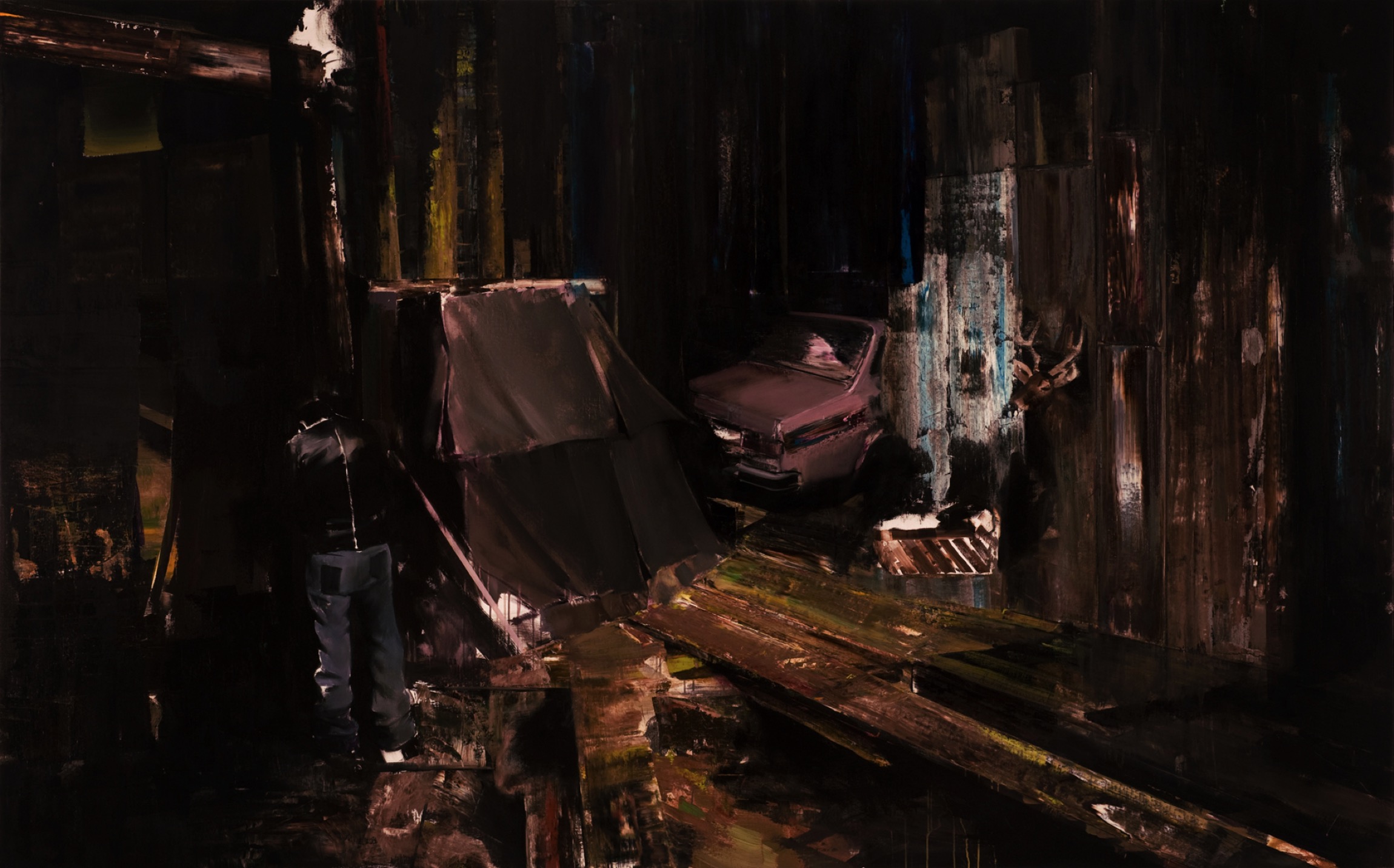 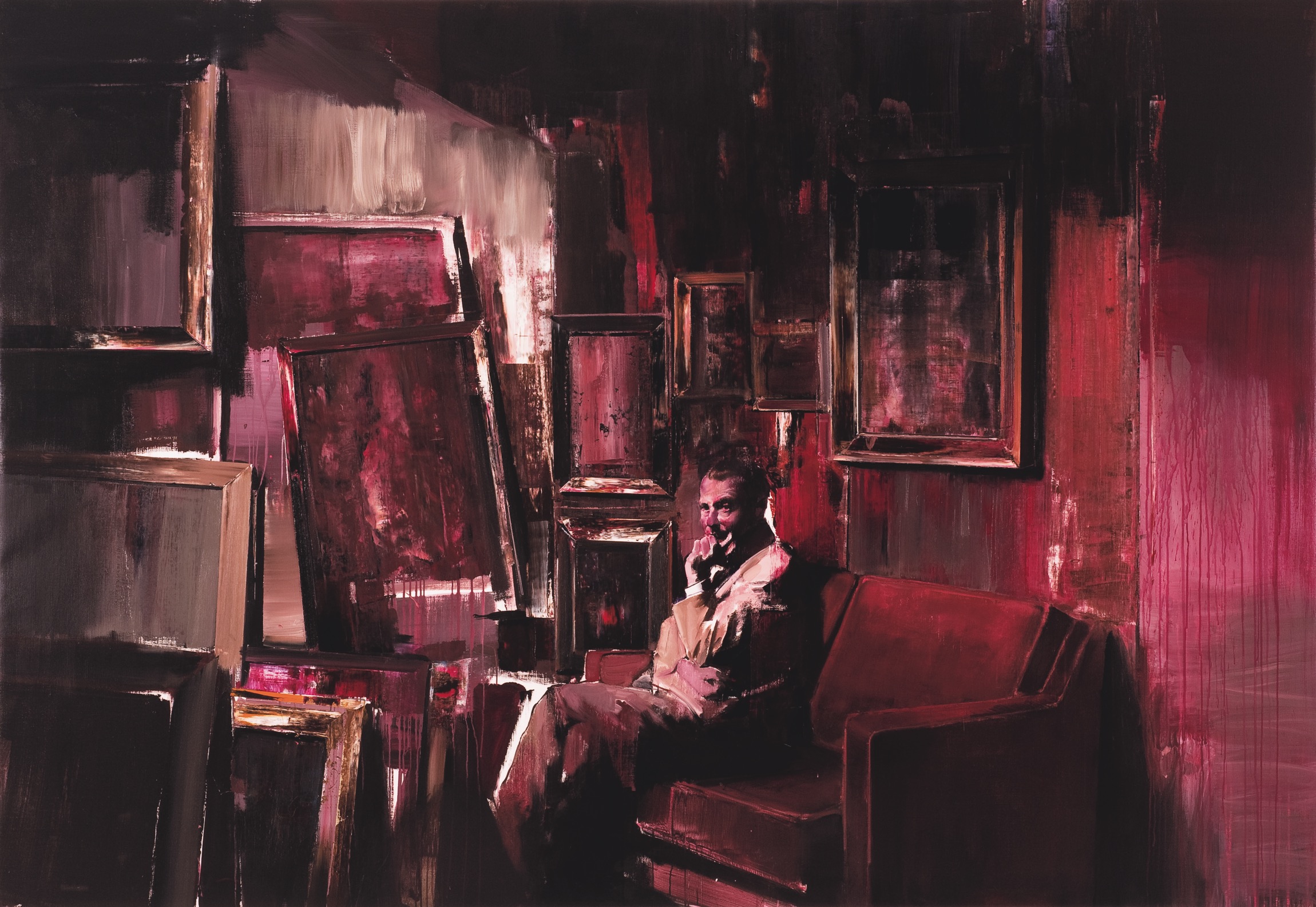 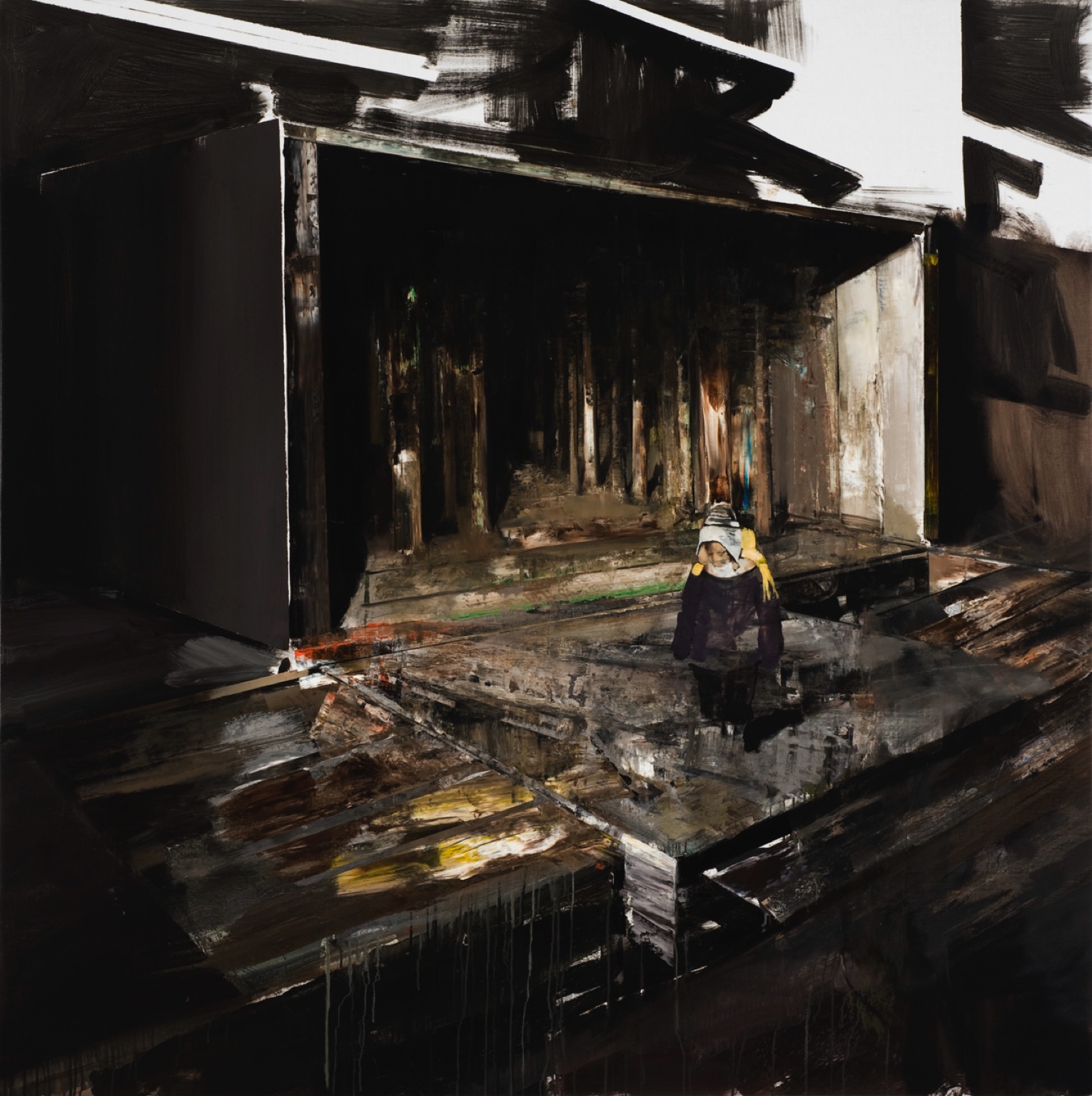 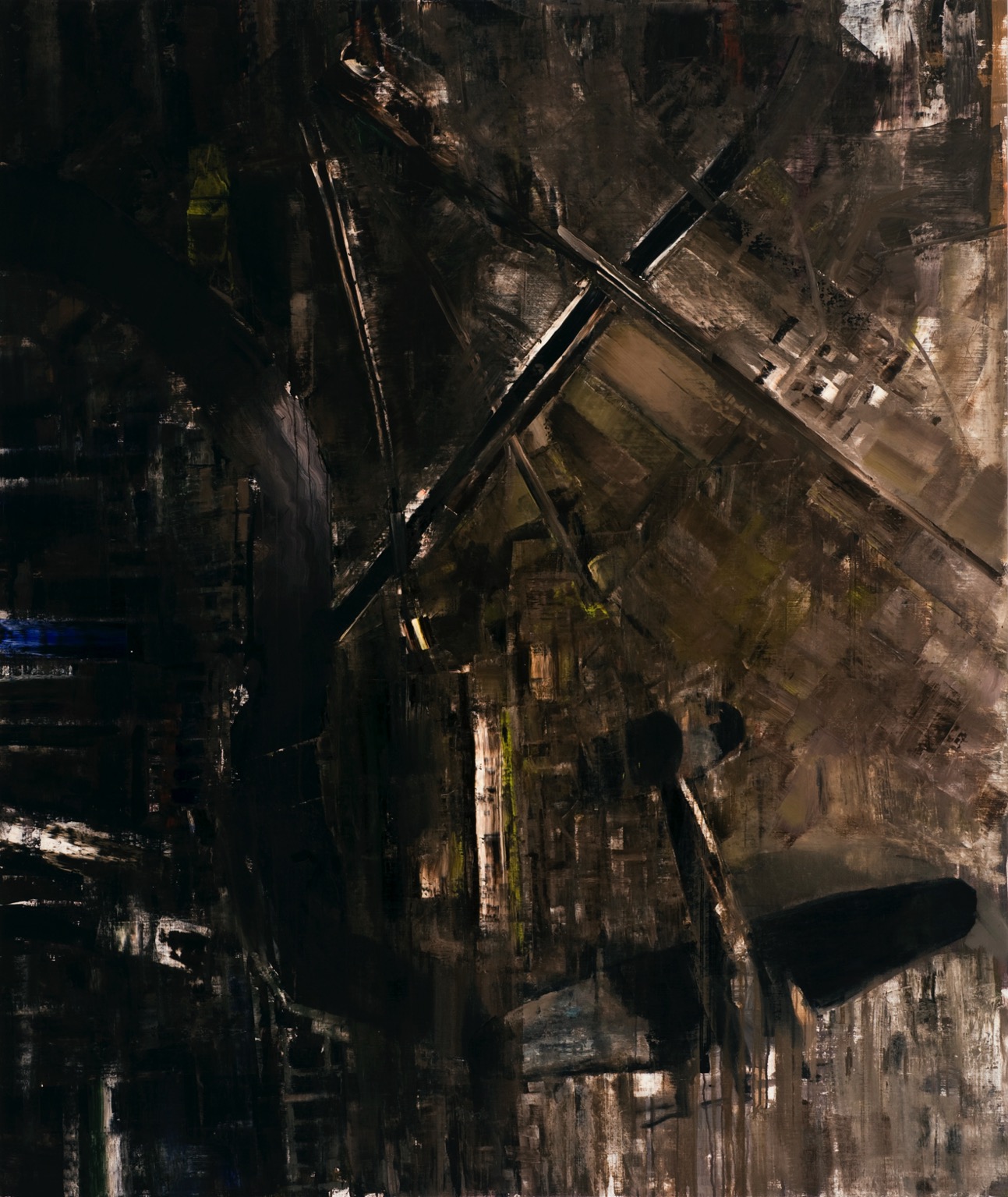 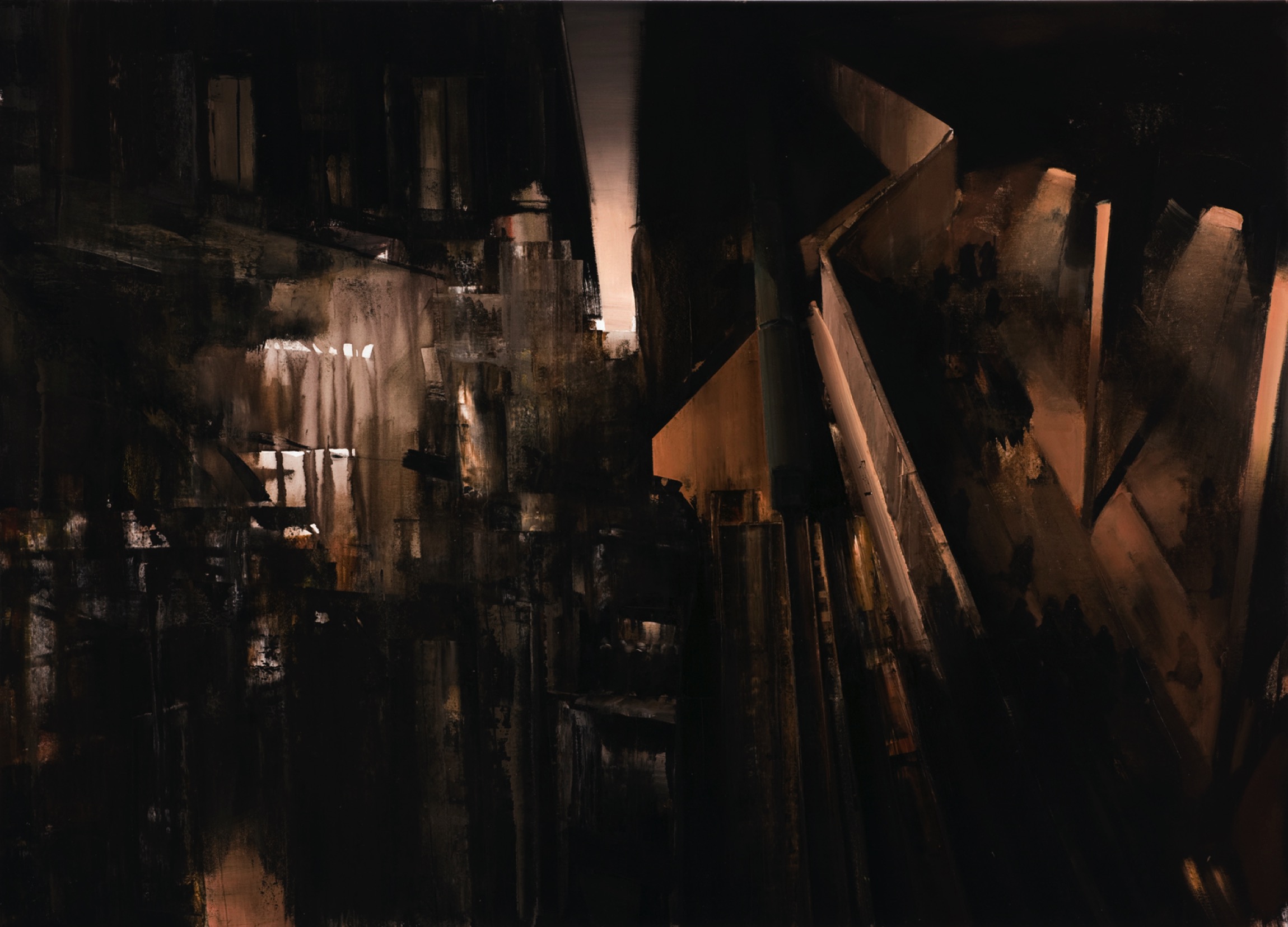 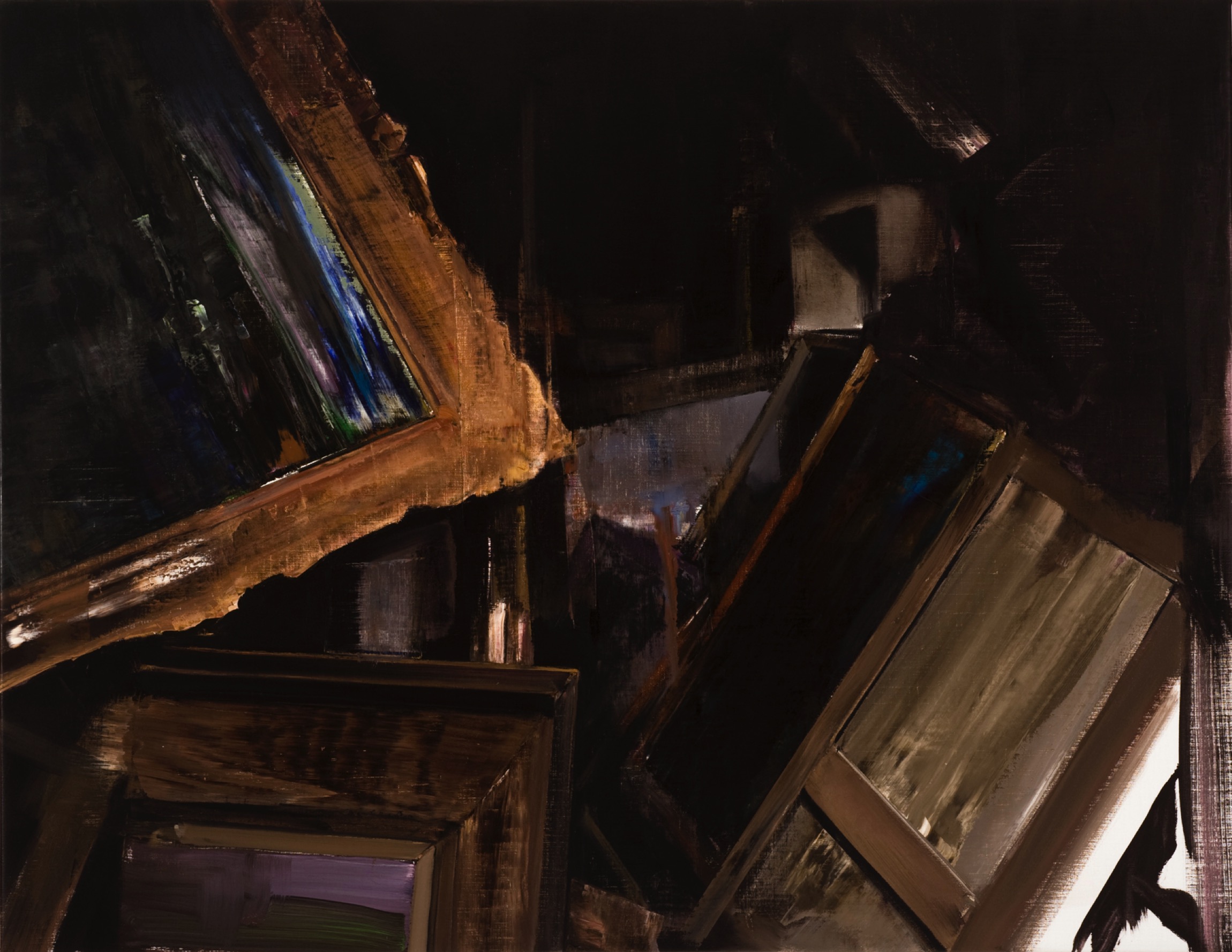 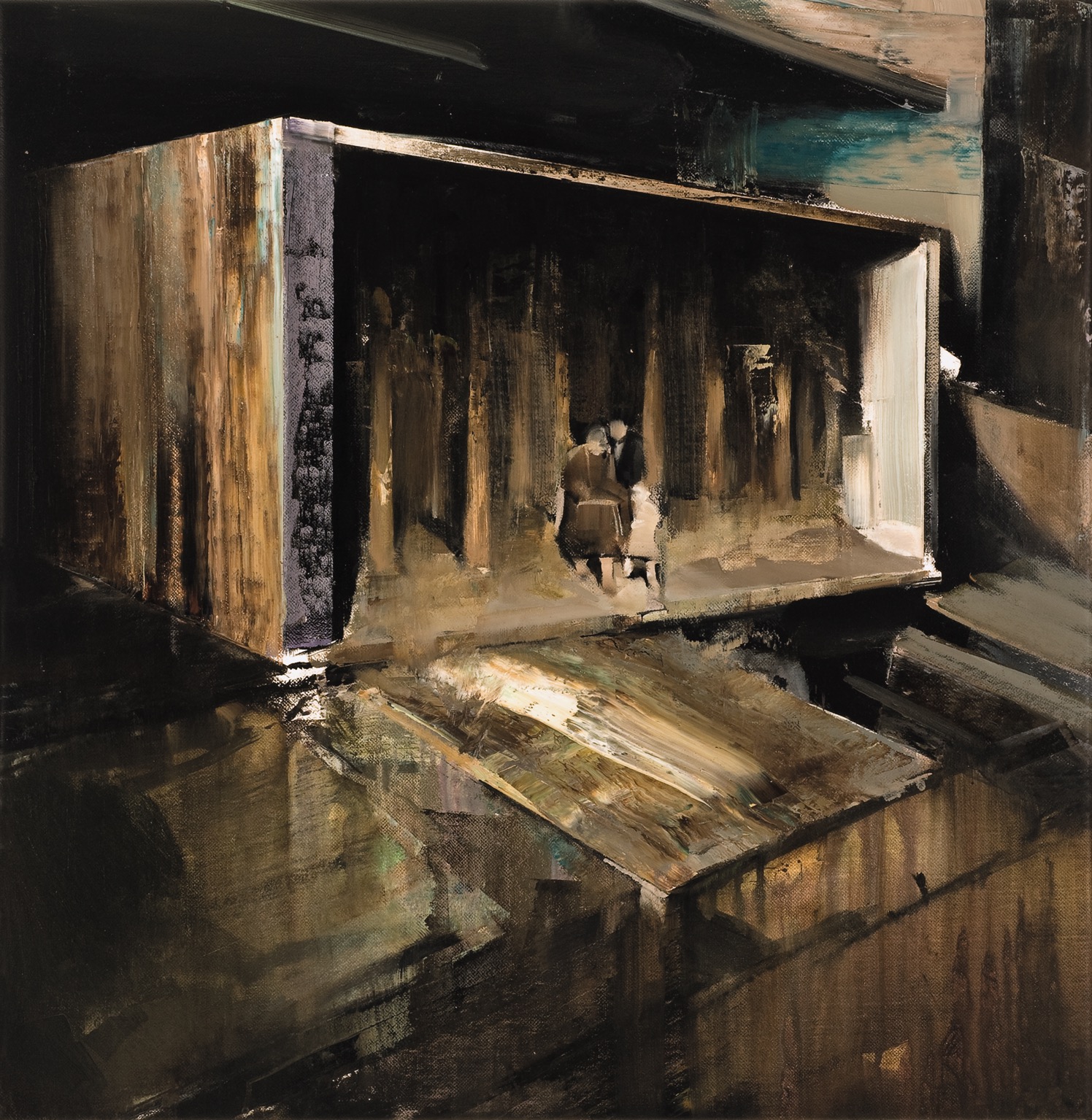 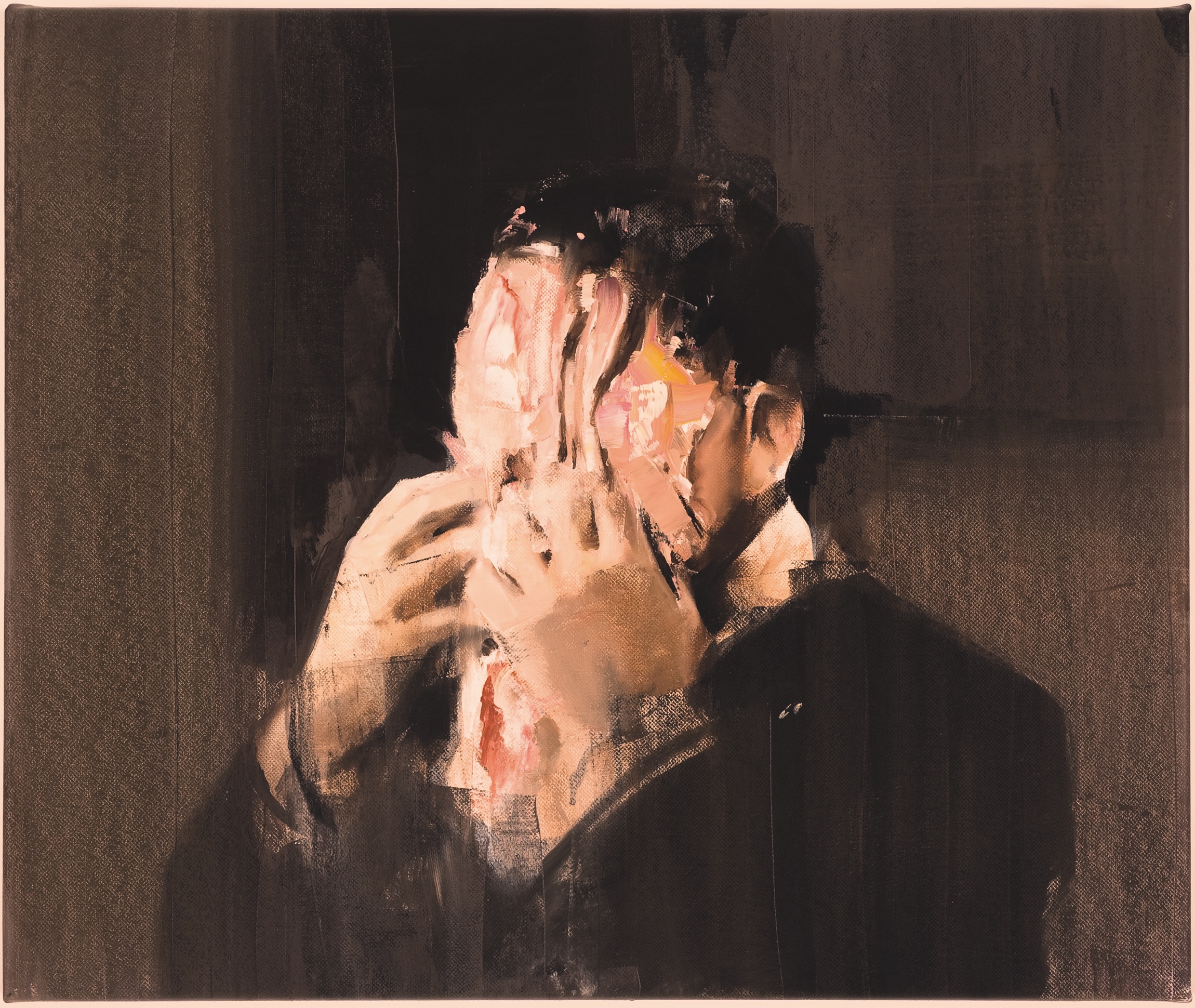 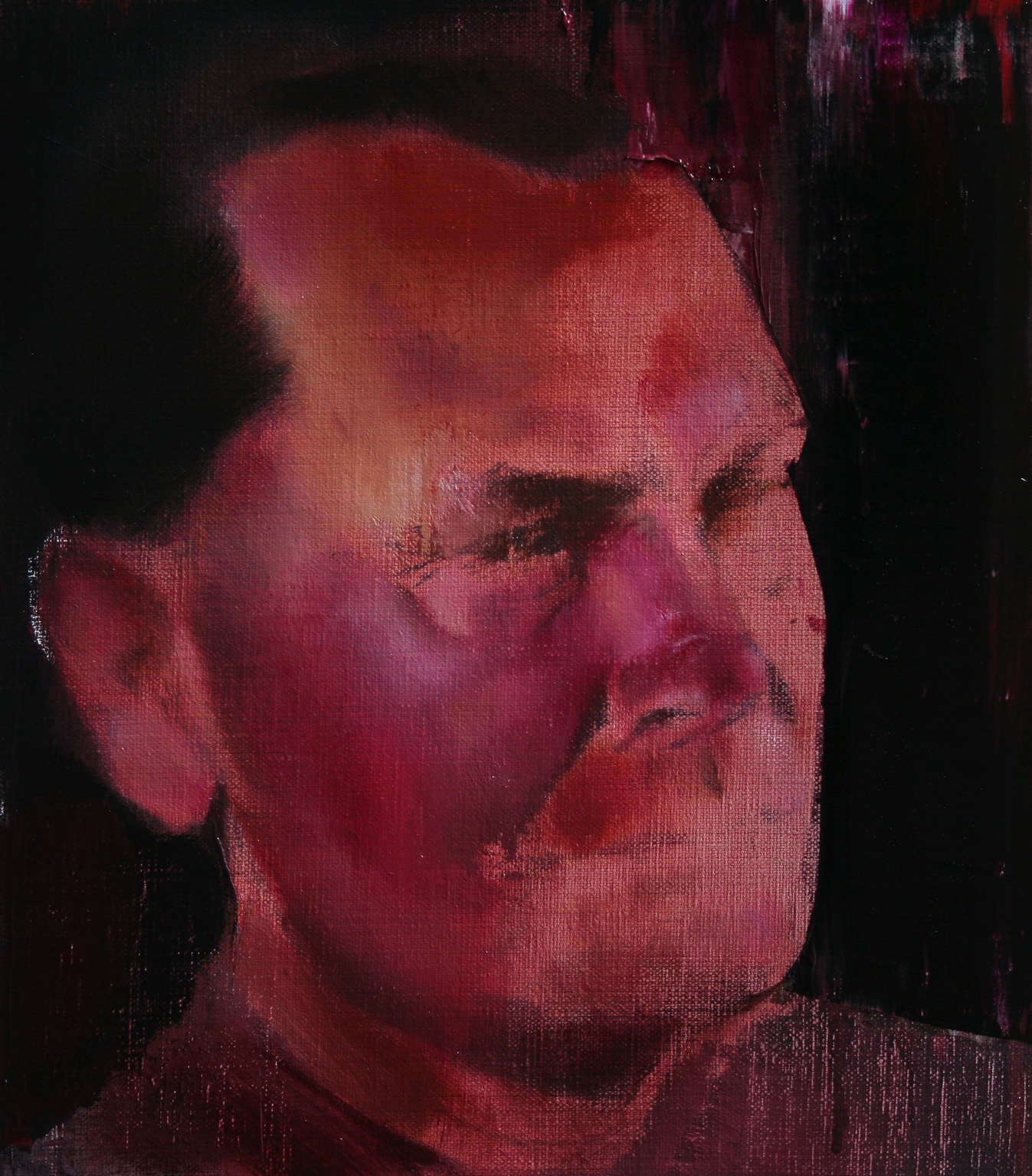 In the autumn of 2008, three simultaneous exhibitions will allow for a more profound engagement with the approach and iconography deployed by Romanian painter Adrian Ghenie (*1977). As part of the Tate Biennial in Liverpool, the monumental work Nickelodeon will be on display, alongside other new works. Exhibiting “Works on Paper” of the artist for the first time, the Berlin branch of Romanian Galeria Plan B provides a fascinating insight into the artist’s modus operandi – with the exhibition consisting largely of collaged and overpainted composition-sketches for his large oil paintings. Nolan Judin Berlin is happy to present, for the first time, eleven of these paintings in the exhibition “The Flight into Egypt”.

In his new works, Ghenie designs narrative spaces. The visual worlds he creates initially appear like closed representations of interiors, in which figures are, by and large, absent. They are sleeping, have their backs turned to the beholder, or seem to be lost in inner dialogue. The multi-layered texture and structure of liquid acrylic deployed in the works, the translucent canvas and opaque, frequently scraped oil paint point to a postmodern handling of the medium of painting, in the manner defined by Gerhard Richter.

Discrete hints, such as the landscape format and the title of the work “The Flight into Egypt”, highlight references. One of the key stylistic tools of landscape painting is the horizontal format, just as the classical motive of the stag employs references to naturalistic themes. Ghenie frequently looks for references to renaissance painting, for example to Joachim Patinier’s “The Rest on the Flight into Egypt” (around 1522). He translates those visionary, overview landscapes into urban topographies, in which objects such as a car, tent or basket turn into contemporary symbolic codes for exile and migration.  Elaborating on the theme is a diptych entitled Rest During the Flight into Egypt. At first, the reclining woman in the brown fur coat seems to simply be lying in an undefined room, lifeless and rigid. It is only through the depiction, rendered in blue and white, of a peacefully sleeping boy in the other half of the work, that the viewer’s anxiety is released.

In The Wall, too, Ghenie refers to a masterpiece of the Northern renaissance. While in Memmling’s “Scenes from the Passion of Christ” (1471) a wall separates bustling Jerusalem from the bleakness of Golgotha, it is easy to recognise Berlin before the fall of the wall in Ghenie’s artful adoption of the composition.

In Air Raid, the gaze is focused vertically from above on an airplane. Through optical displacements the view moves from a colour composition initially perceived as entirely abstract into a view of a landscape with photorealistic qualities. The bridge over the now clearly perceptible river, the settlements and factory complexes – they all suddenly become the targets of an air raid.

The lush shade of red in The Collector appears as a dramatic translation of Titian’s colour compositions. The running colour contrasts with Göring’s pensive figure amidst his stolen art. Only upon closer inspection does it become clear that what is depicted is the not the plump, passionate collector, but the emaciated figure of the former hedonist as it is known from pictures of the court in Nuremberg. The quiet interior scene is thus artfully transformed into a deafening cacophony of historical references. Thematically the work Berghof, too, forms a part of the Collector-series. In one of Ghenie’s rare paintings bereft of human beings, chaotically piled-up paintings become an almost abstract composition. It was how the artistic treasures stolen from all over Europe by the Nazis presented themselves to the allied soldiers in the art depot Berghof. The idyllic title, which could easily refer to a landscape painting, is thus quickly rendered cynical.

The topics of representation and its deconstruction, as well as persecution and suffering are of great importance to Adrian Ghenie, who grew up in Ceausescu’s propagandistic Romania. Spatial constructions thus appear unstable, order always dissolves. The fragments of walls and floors in The Flight into Egypt are bereft of obvious constructions of perspective. The optical statics are repeatedly dissolved by acrylics that melt away, through a mixture of focus and blur, and entanglements.

Adrian Ghenie lives and works in Berlin and Cluj (Romania). Recent solo exhibitions of his works have been on display at Haunch of Venison in Zurich, Wohnmaschine in Berlin and Kontainer Gallery in Los Angeles.