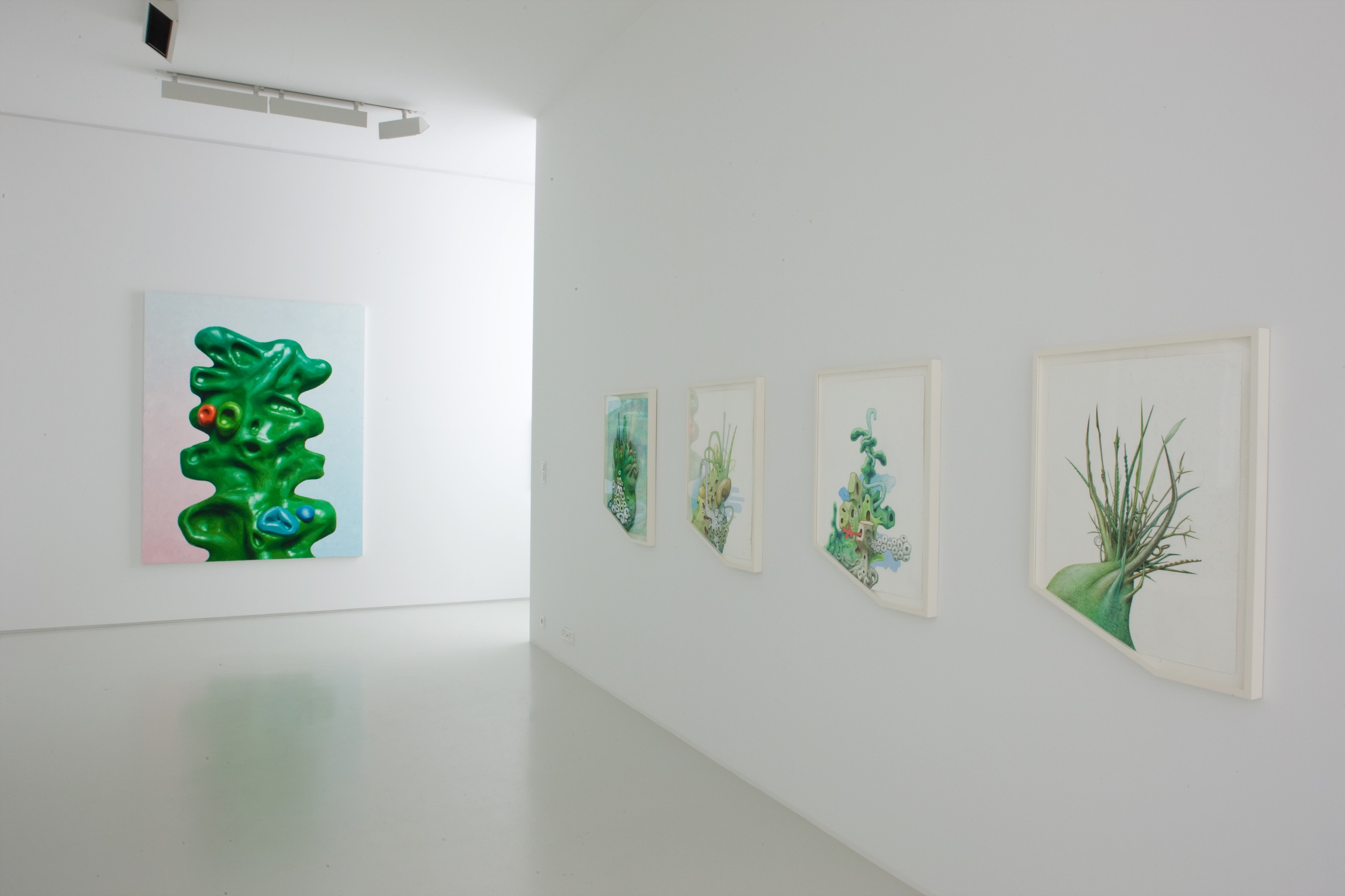 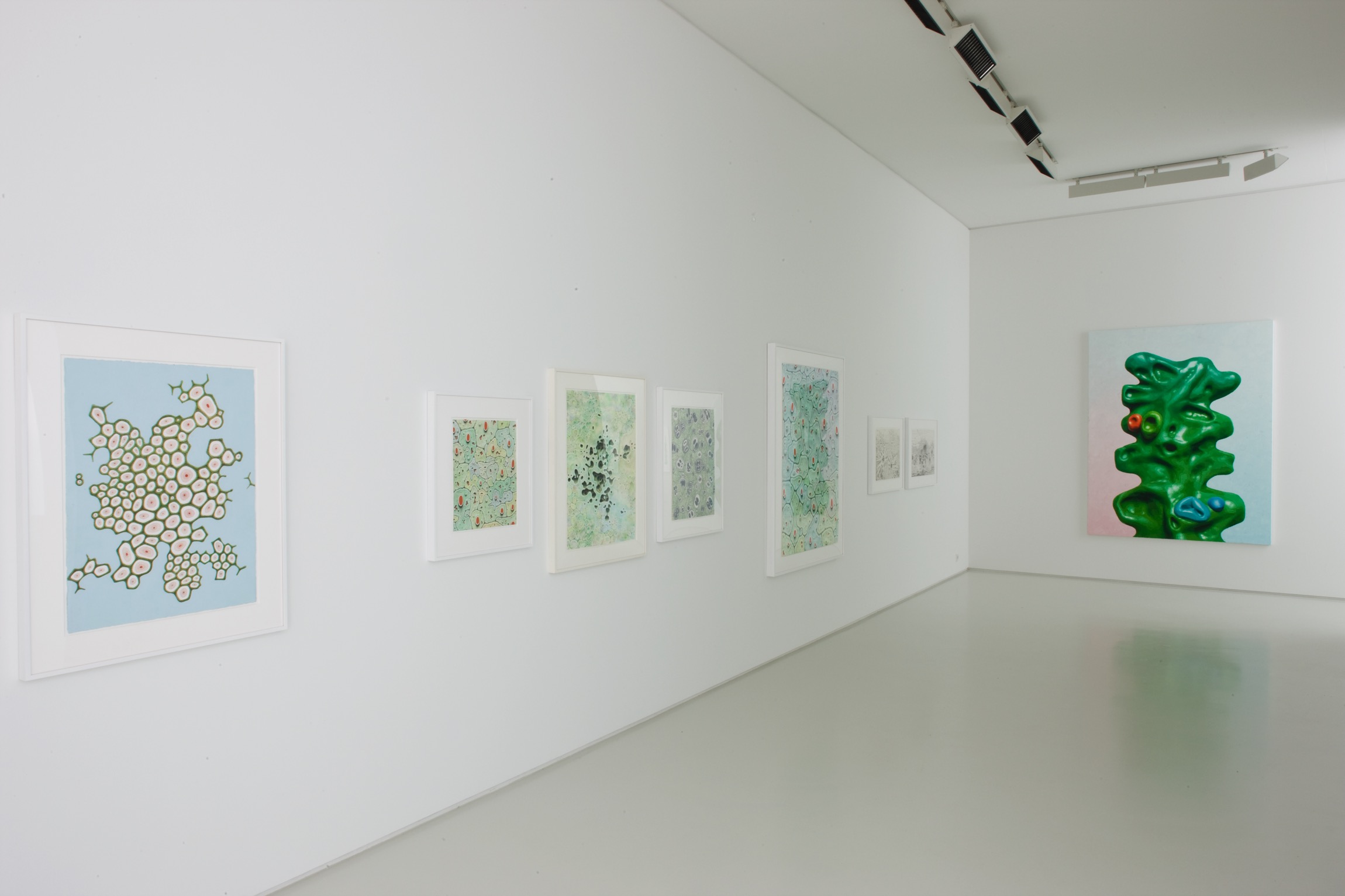 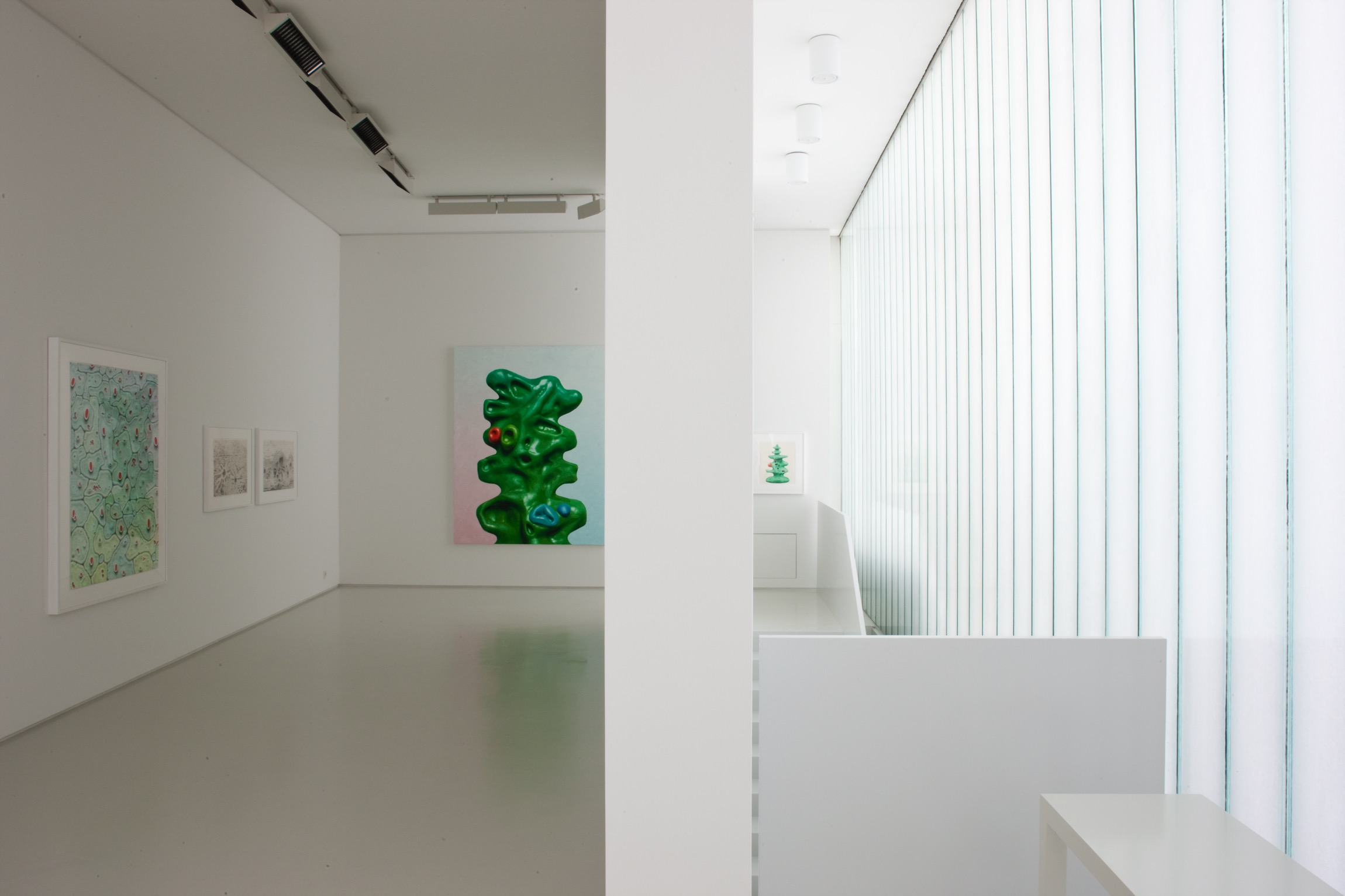 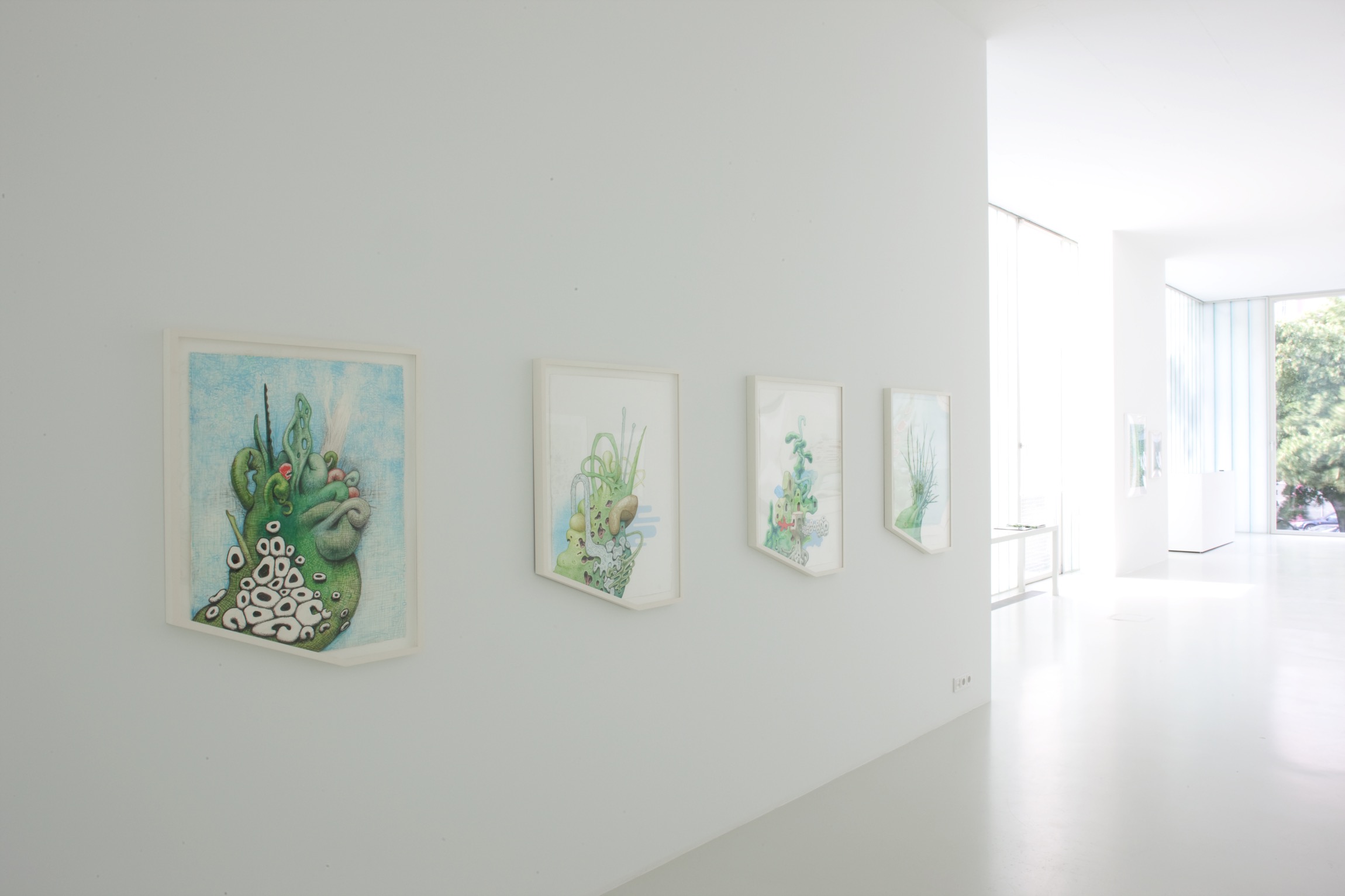 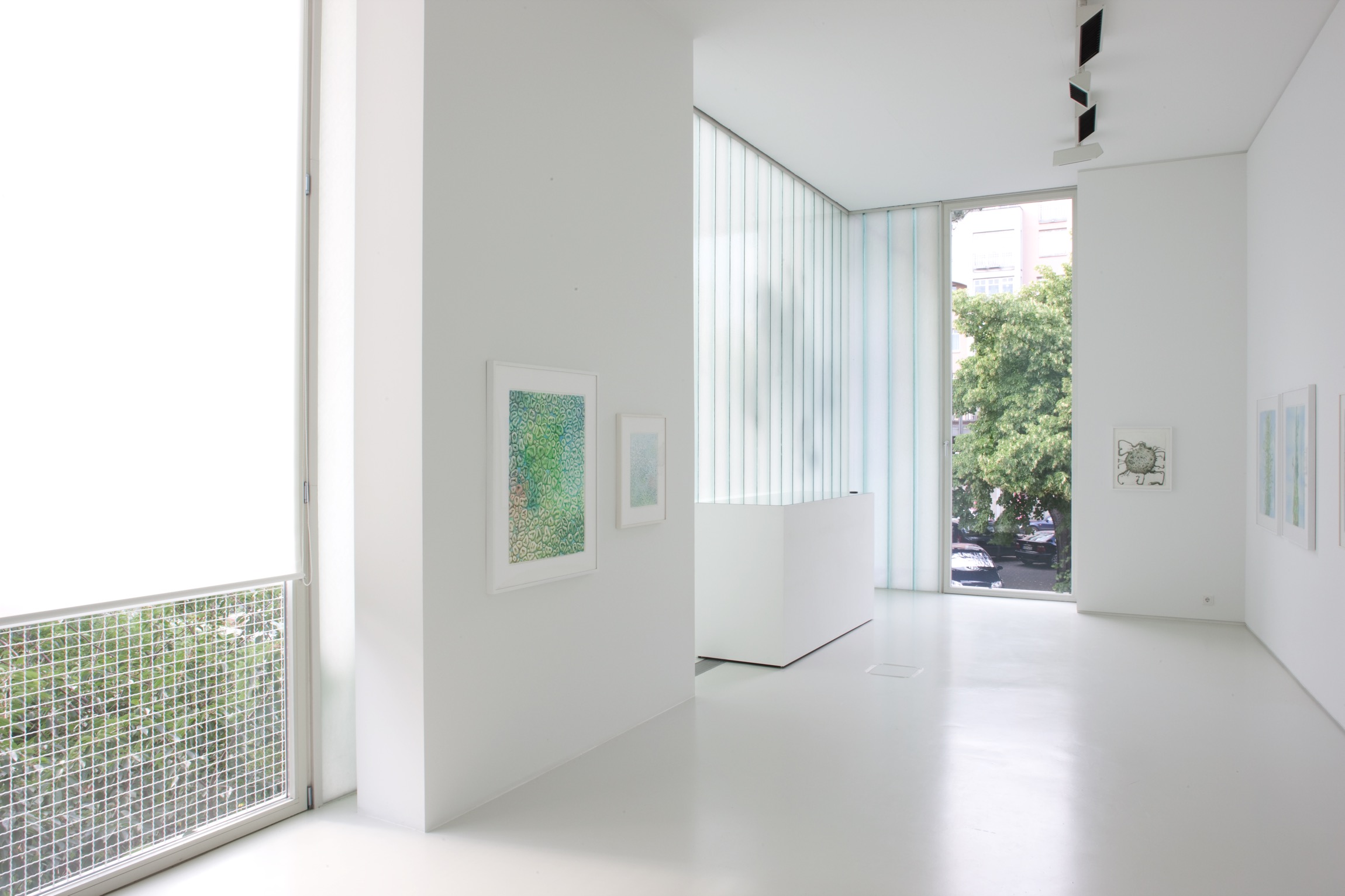 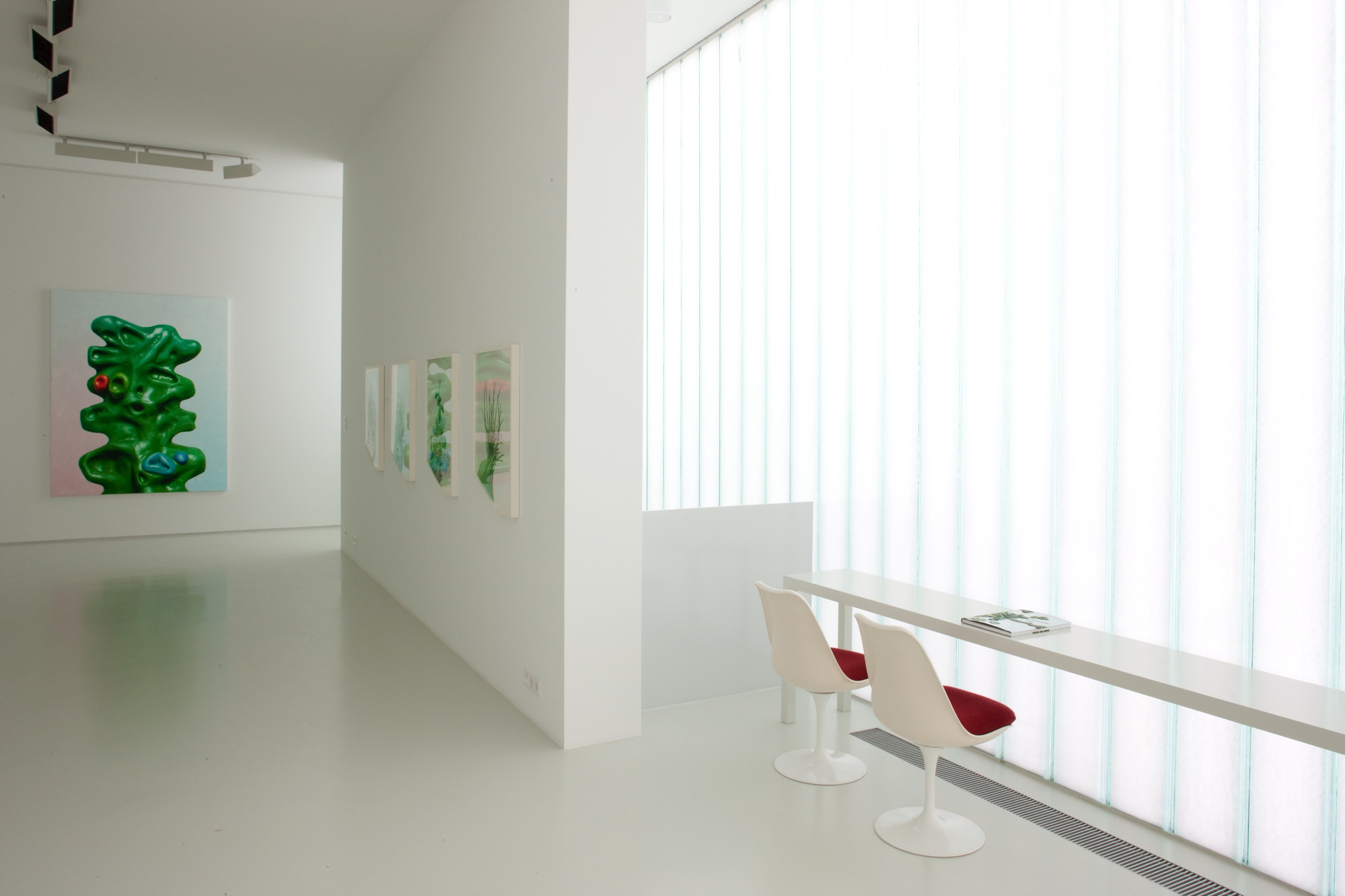 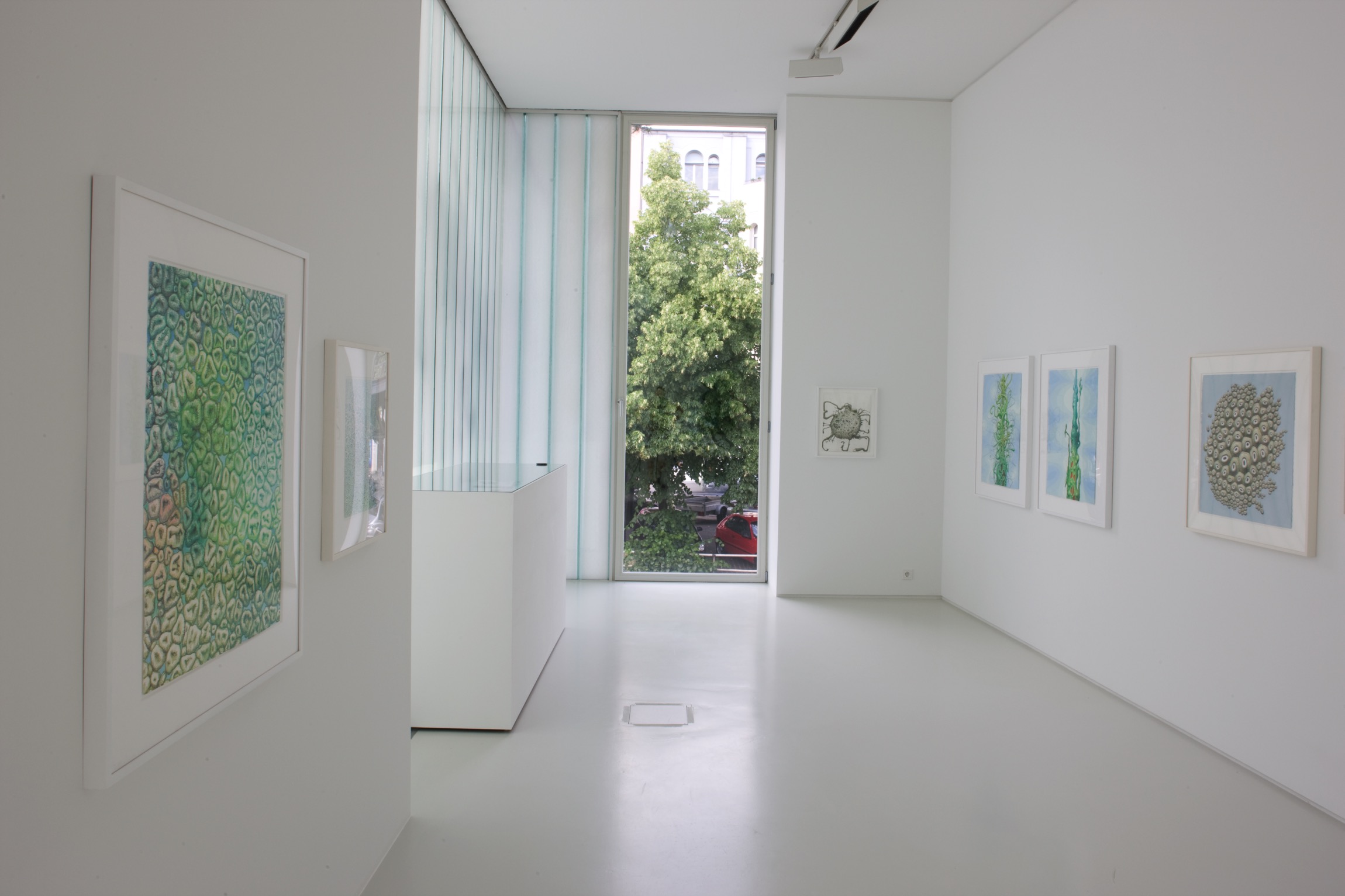 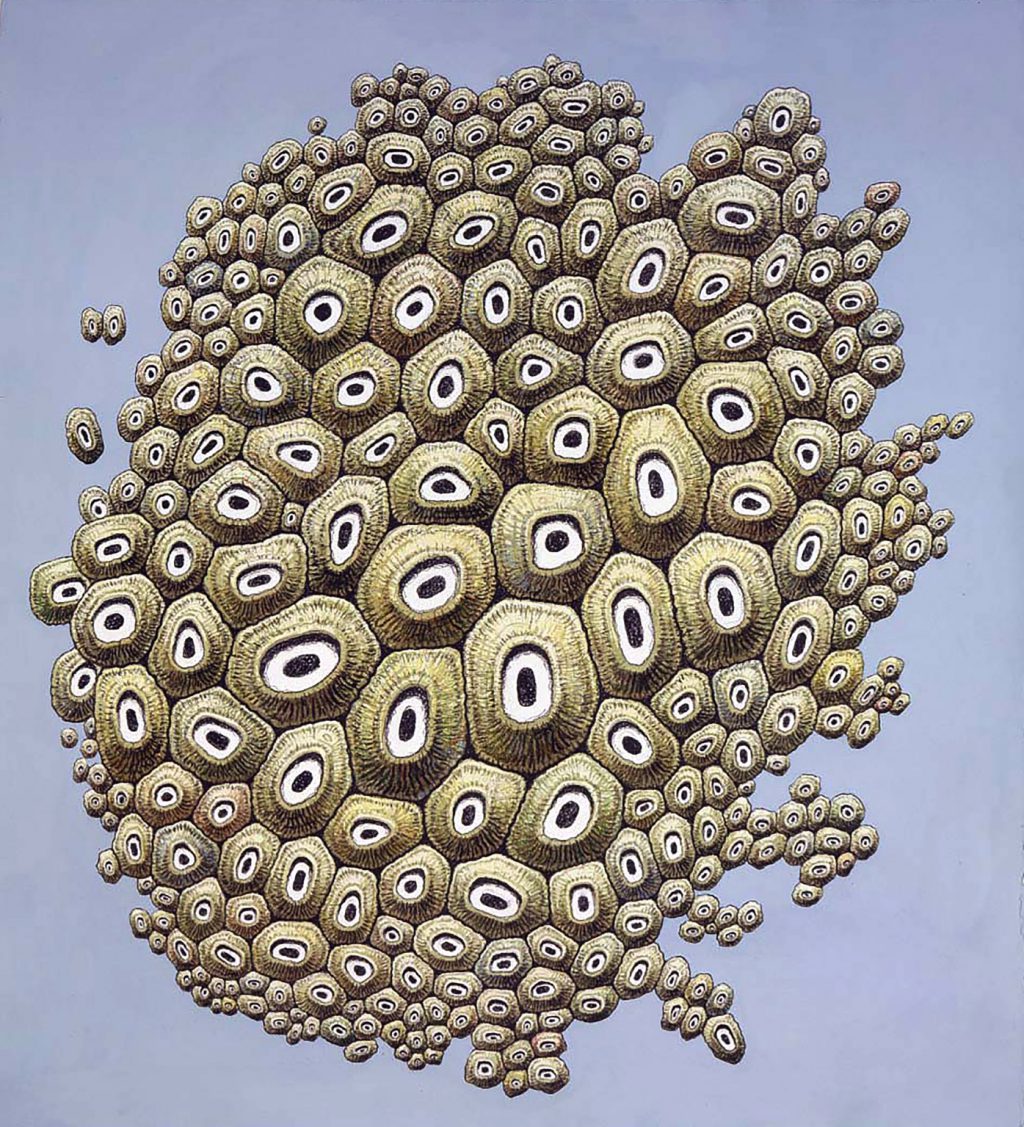 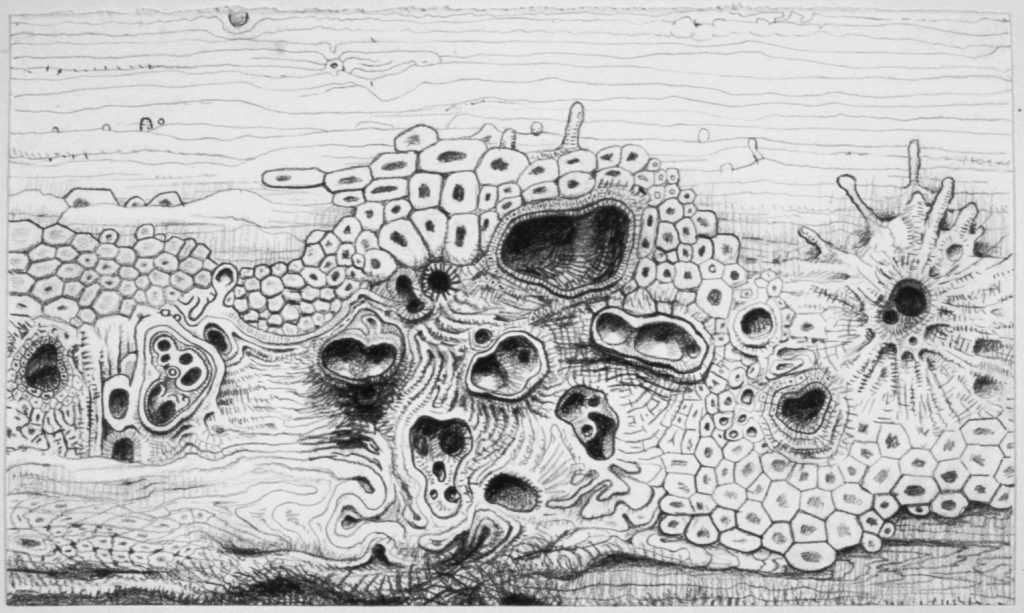 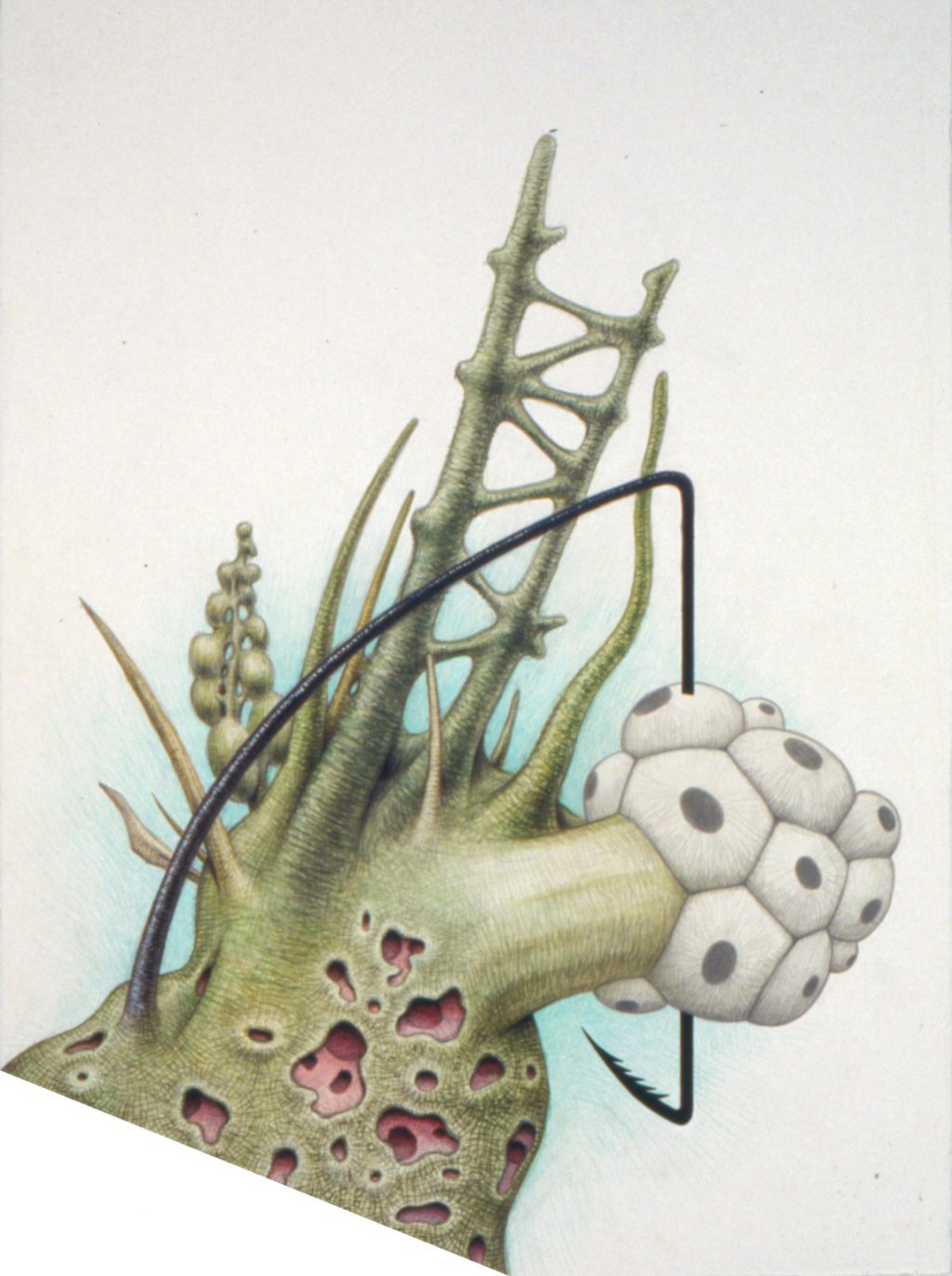 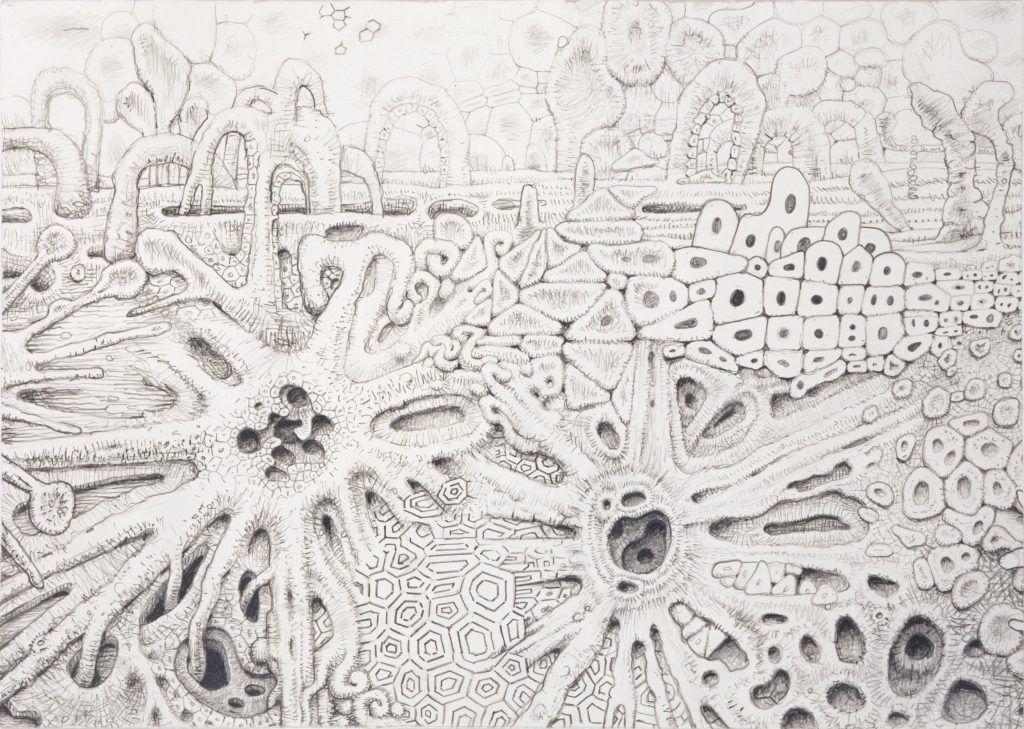 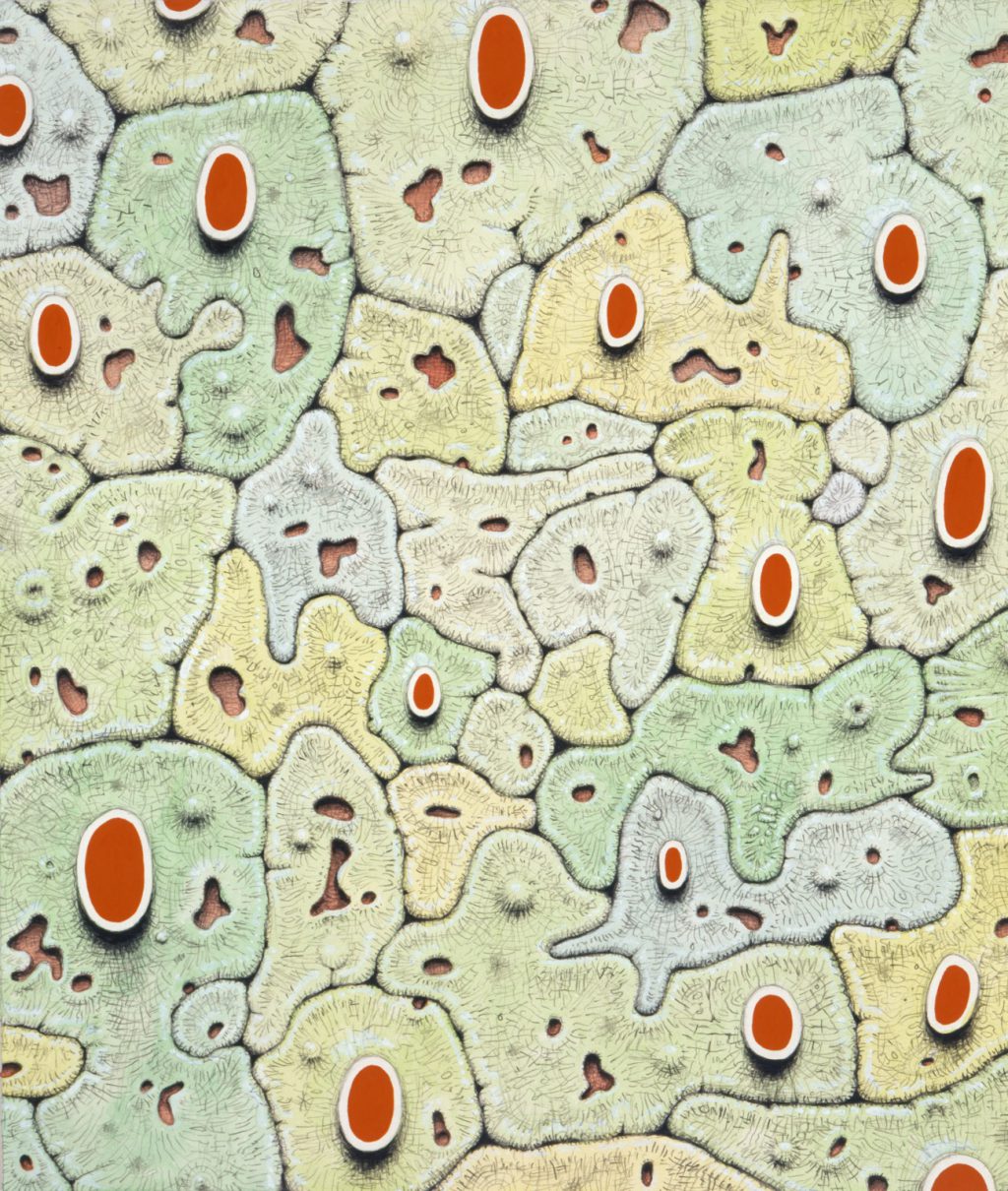 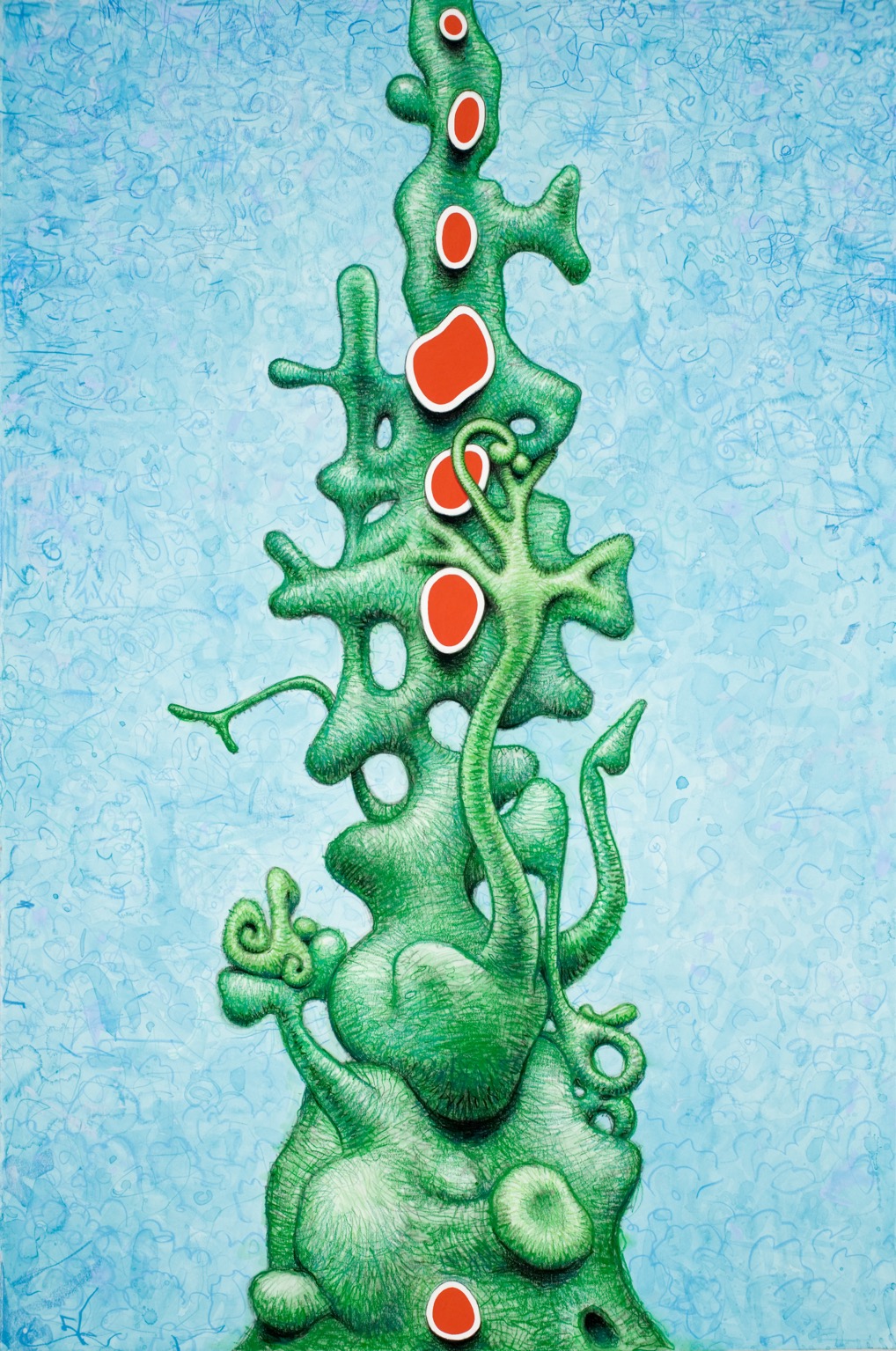 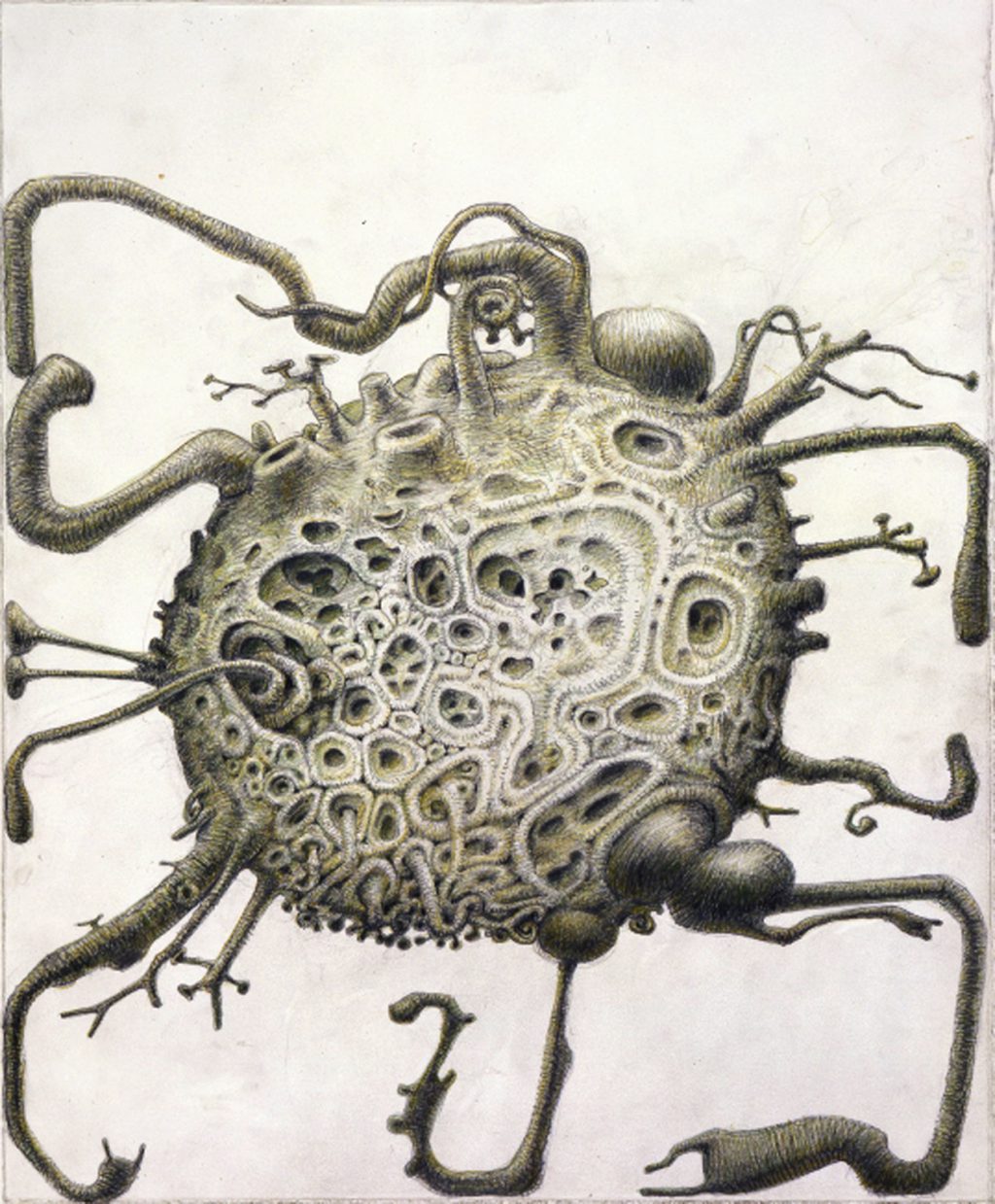 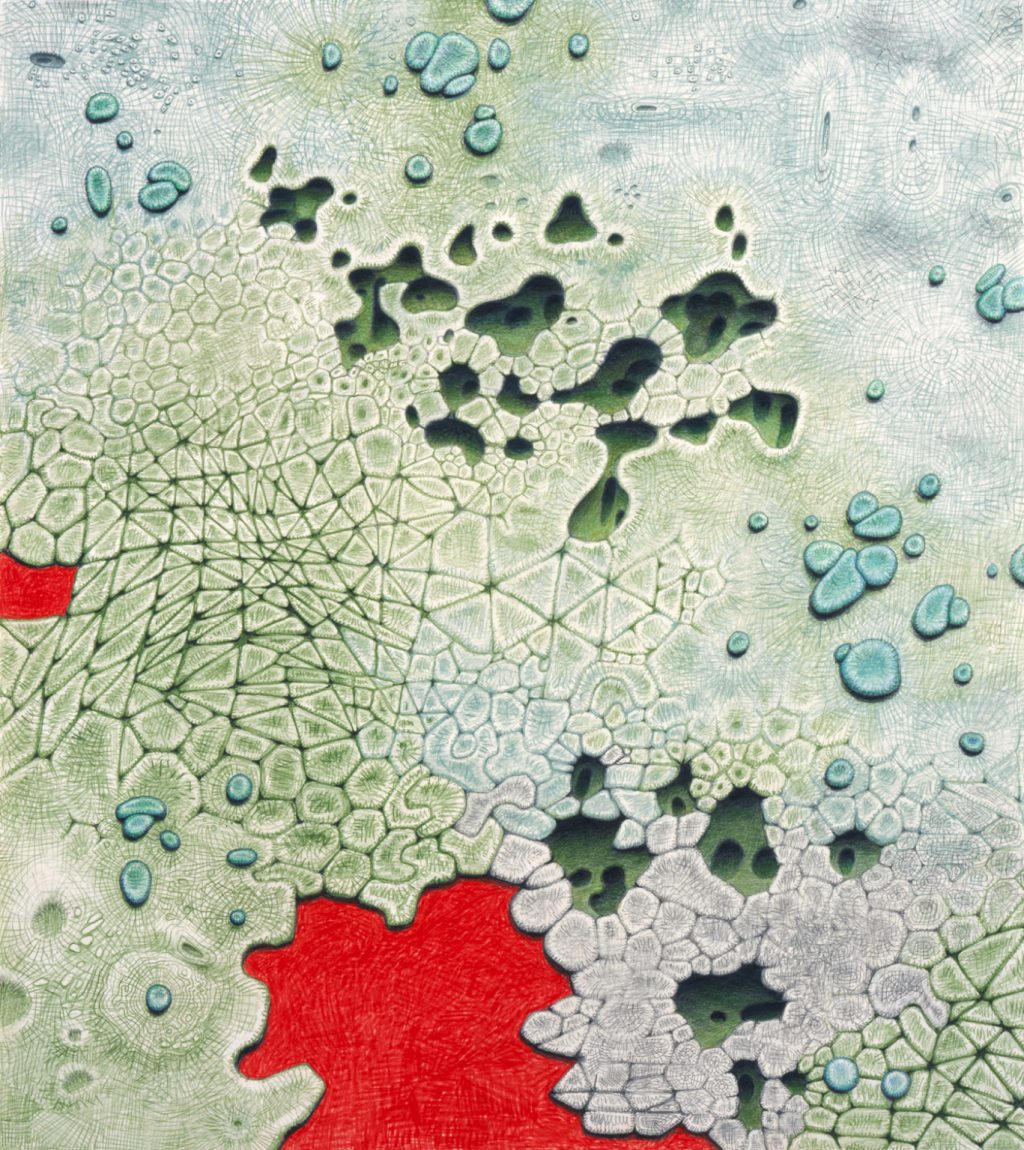 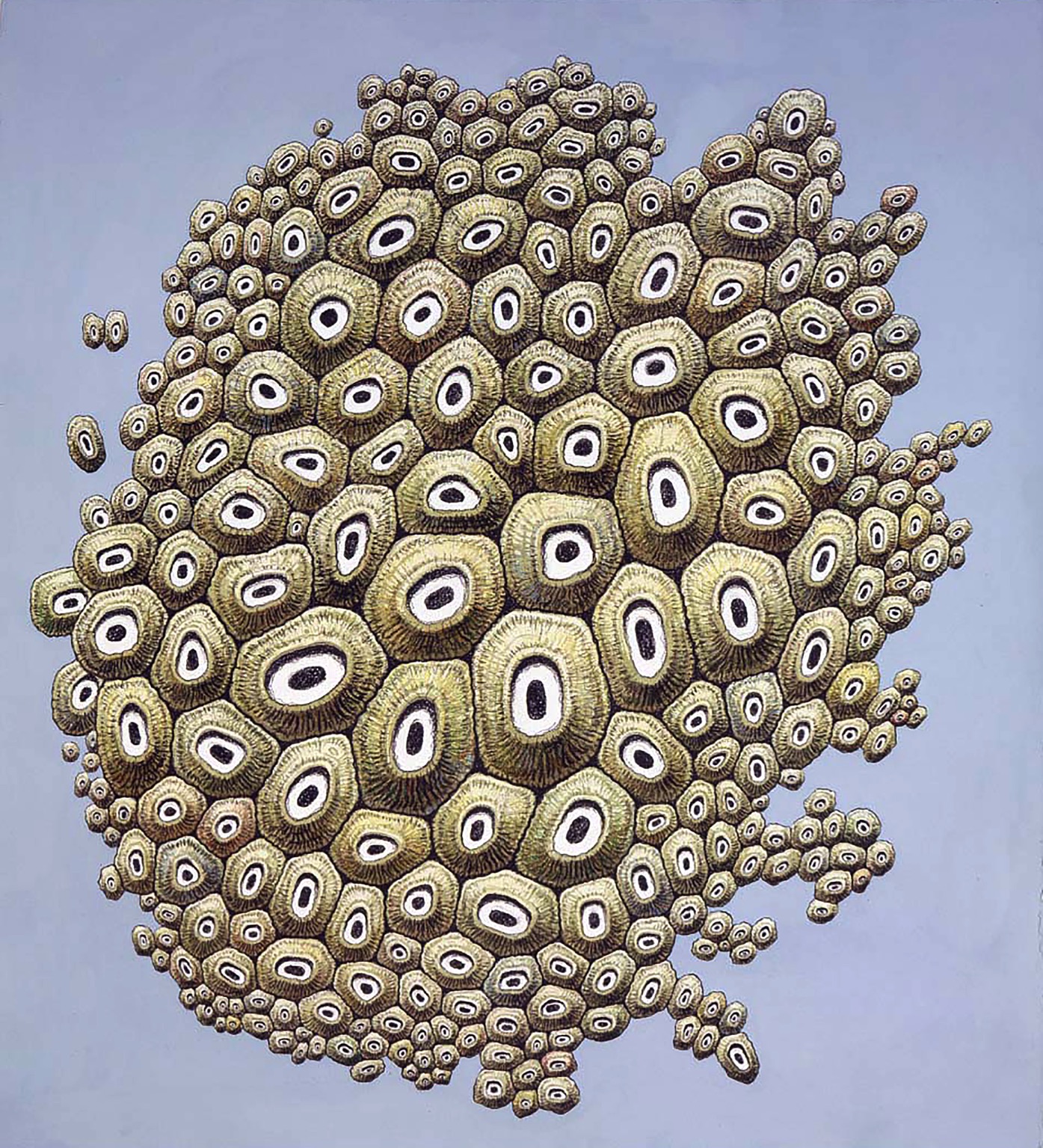 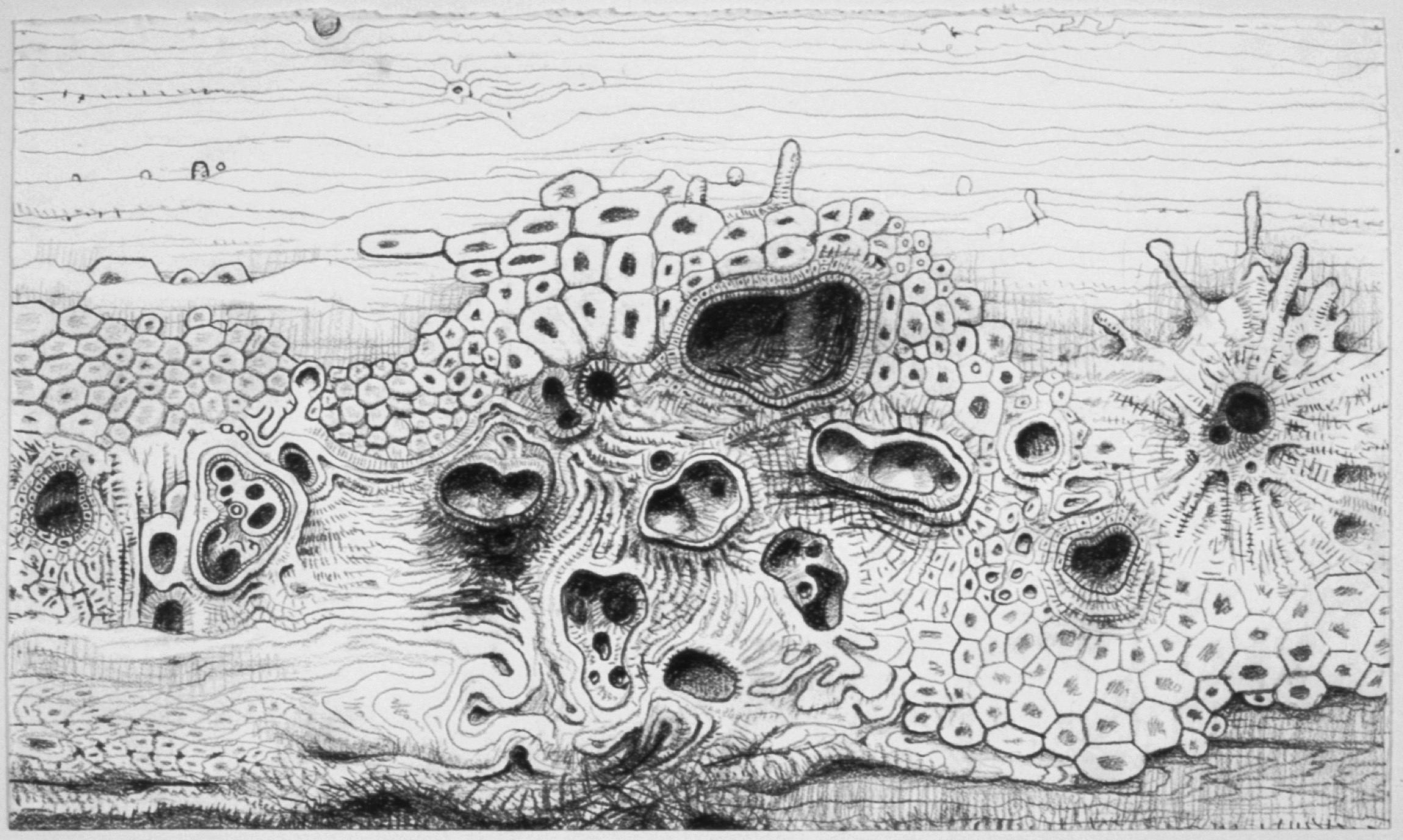 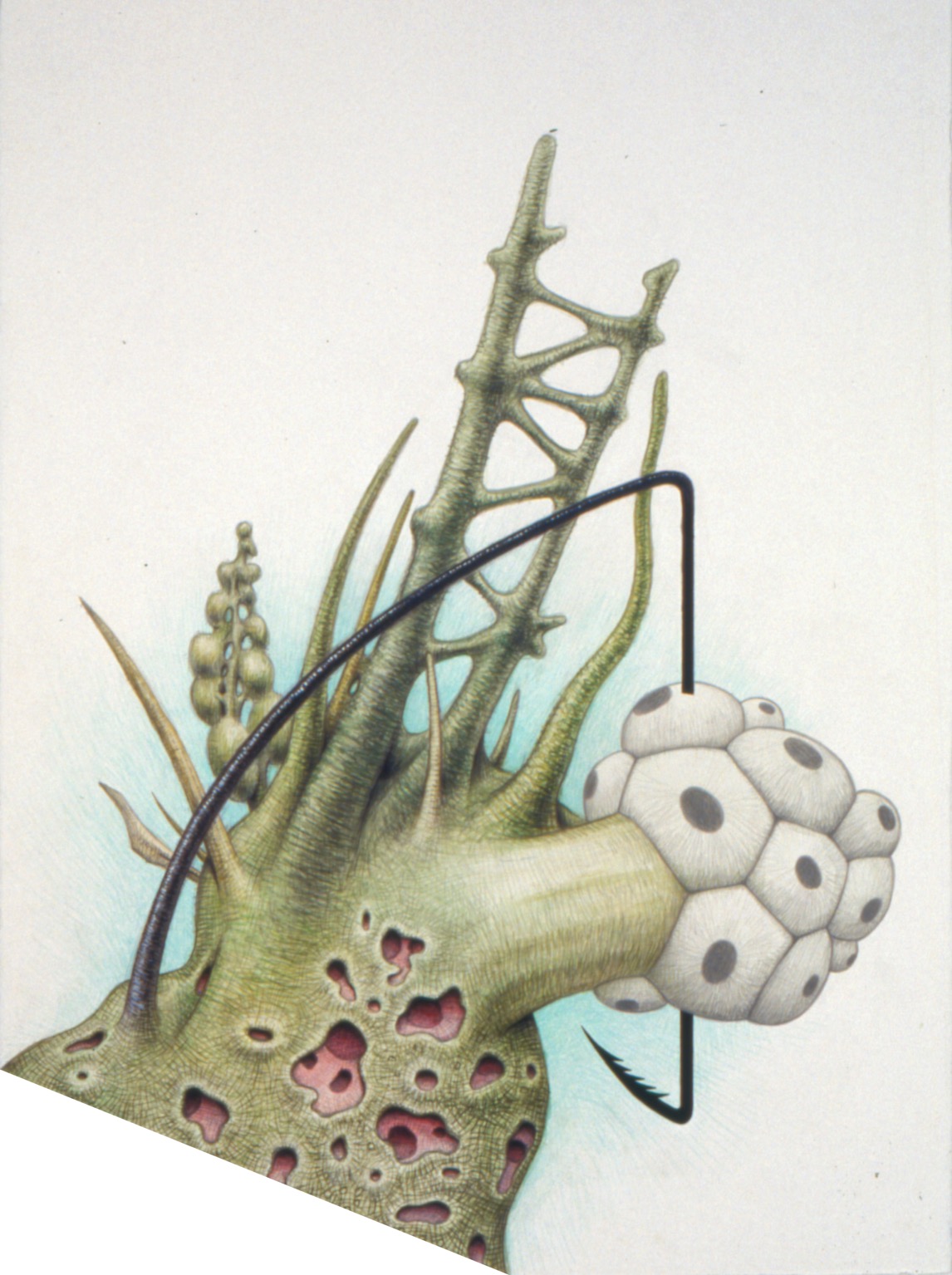 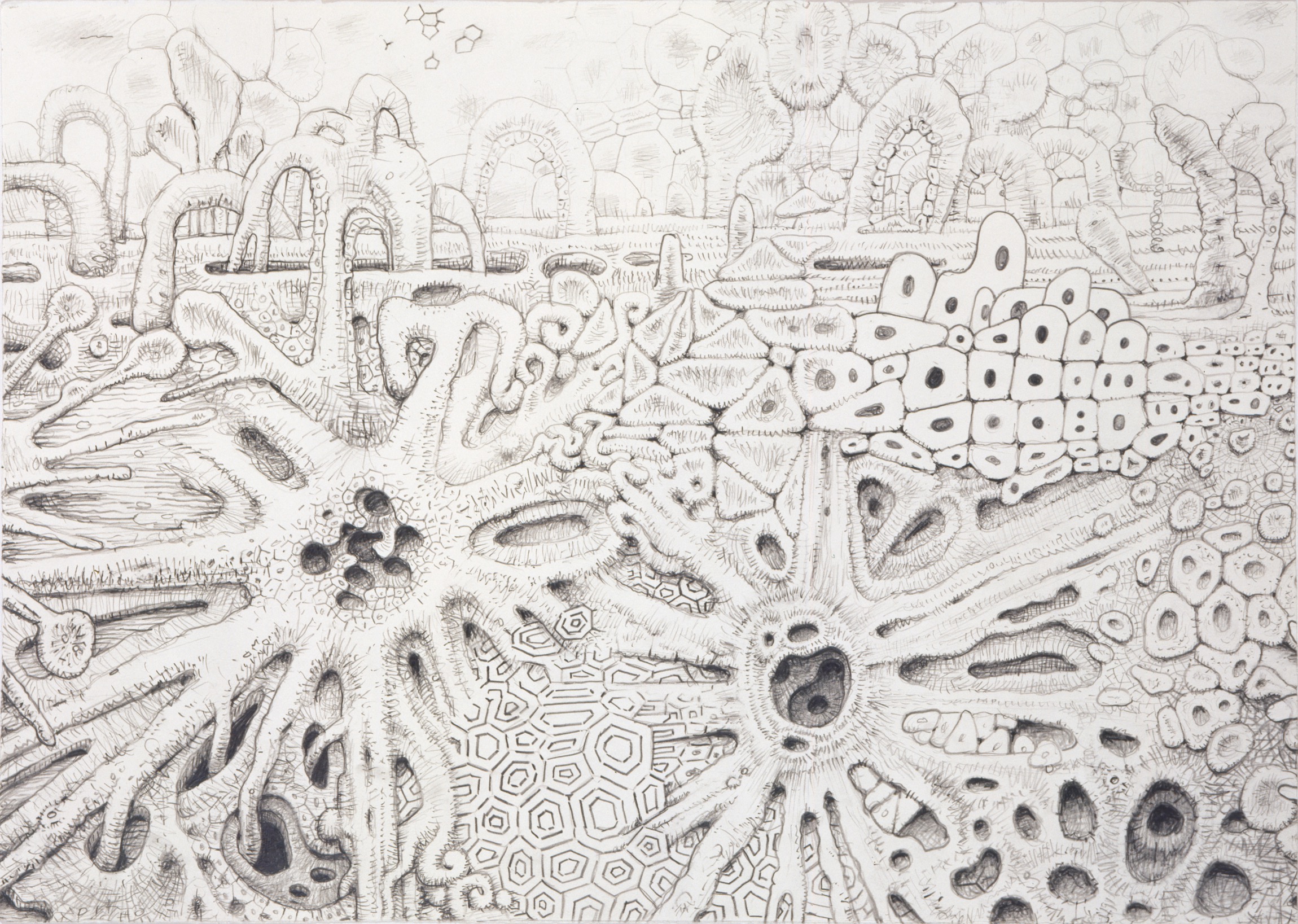 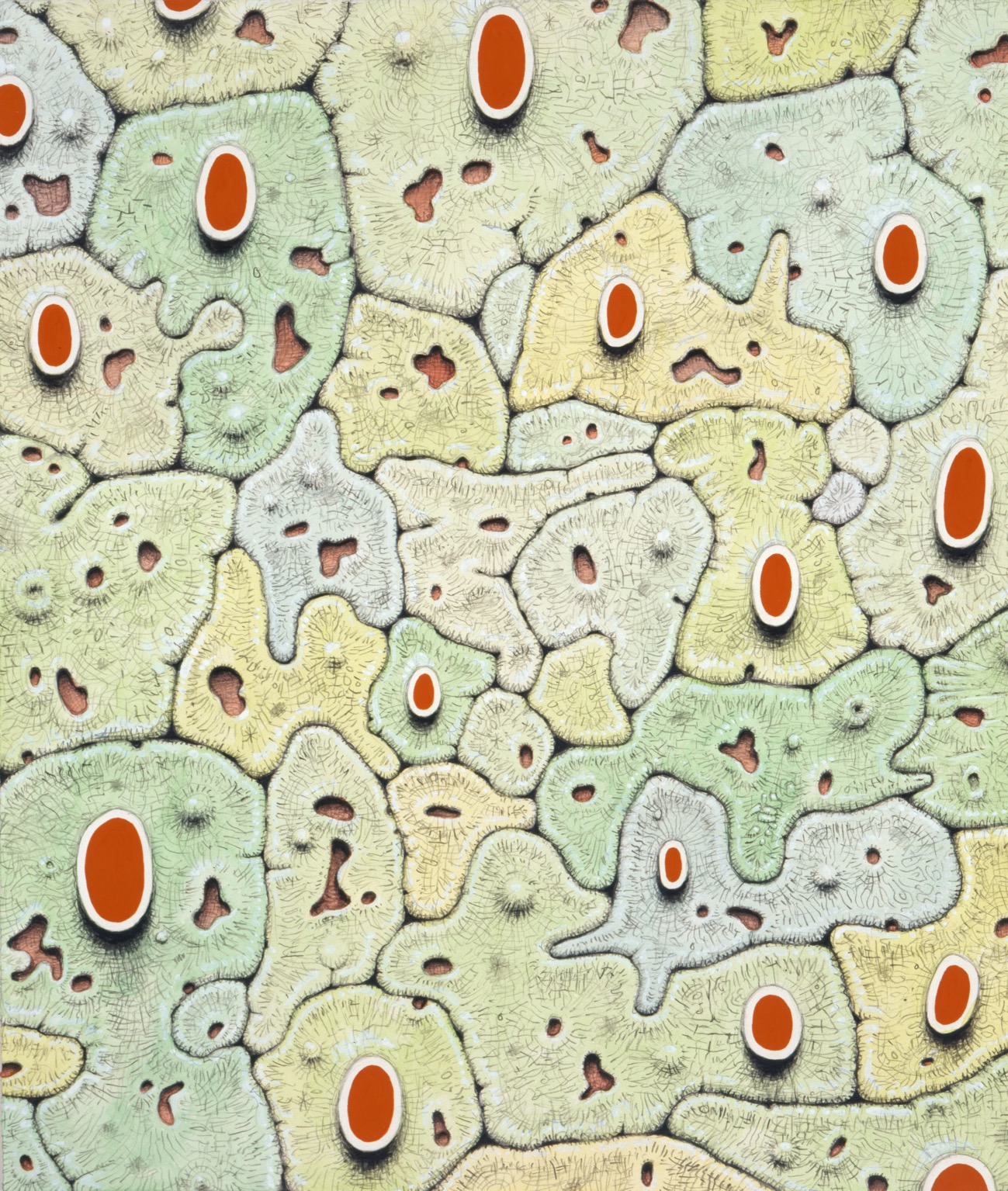 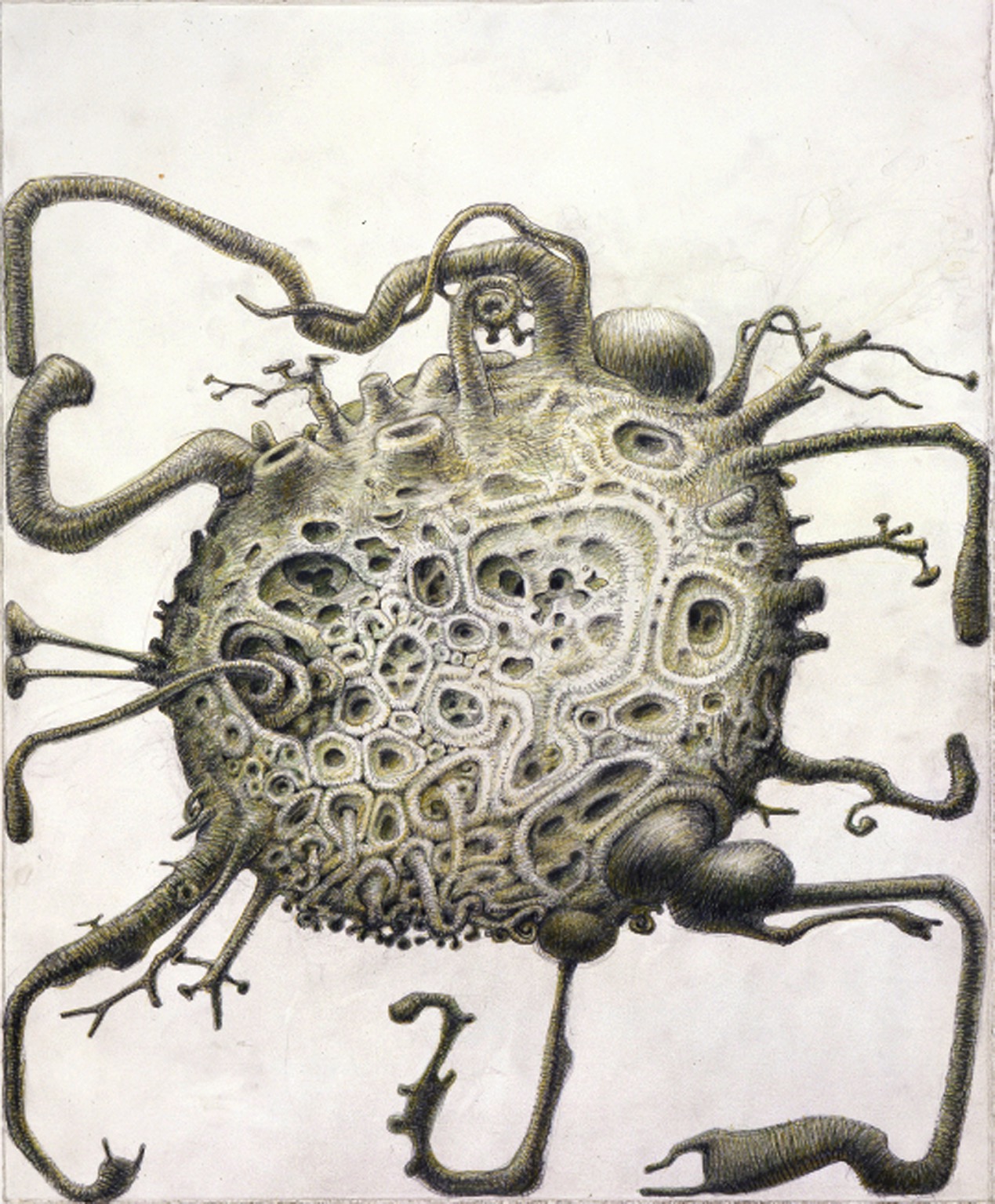 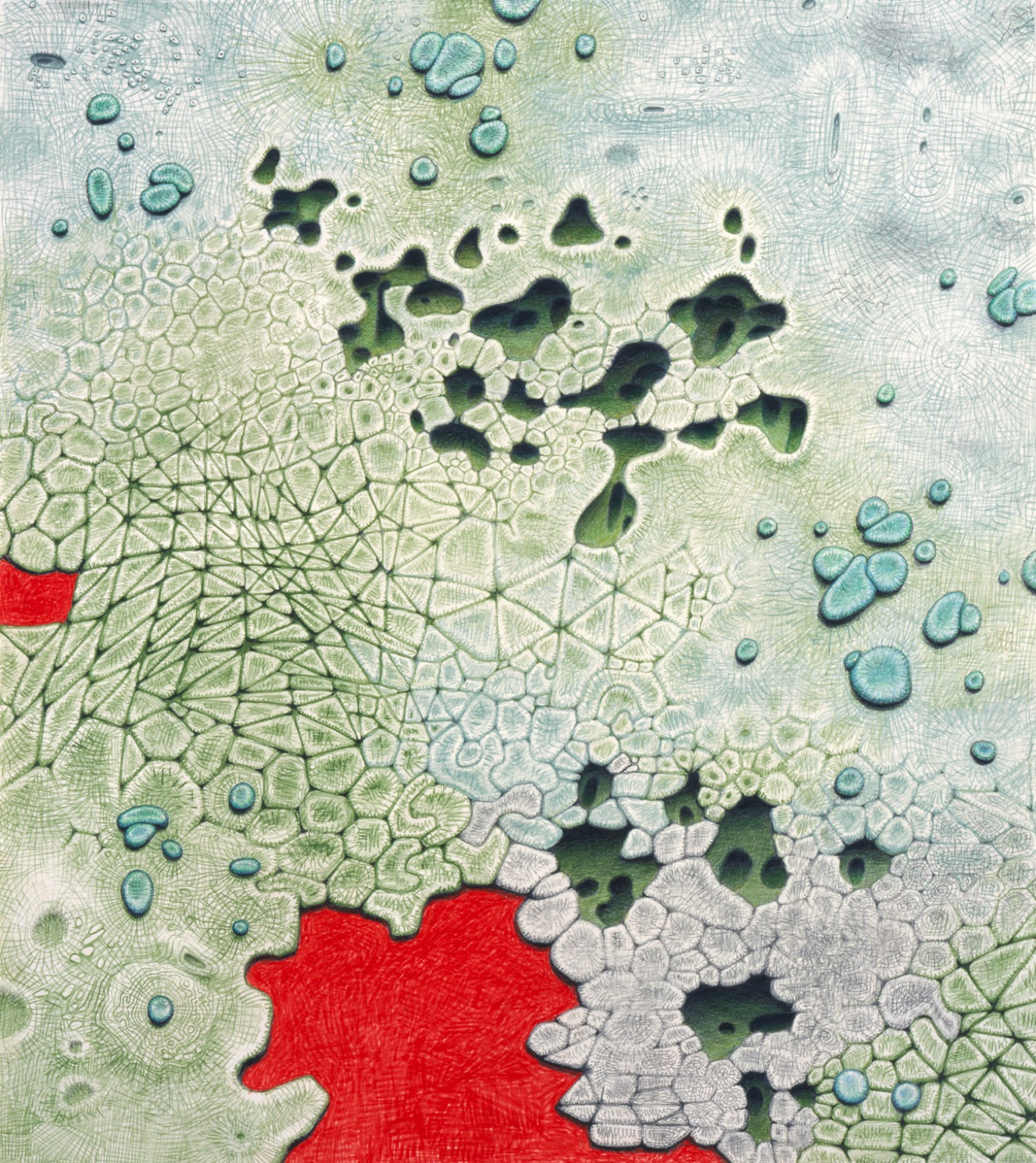 Green is the New Gray

It’s hard to find interesting new abstract painting. This is odd, because normally something people have been doing for awhile gets easier, or at least the problems become clearer. Maybe abstraction has been an historic digression, or there’s a threshold of density we haven’t reached yet. Also, we live in a time that doesn’t want to face its own future. For whatever reason, abstraction’s morphic field is reluctant to expand.

Of course the problem could be semantics; we think we know what we’re talking about when we talk about abstraction, but perhaps we don’t. Alexander Ross makes paintings that are “abstract” and “representational” at the same time. He models green plasticene figments of his imagination, then maps and pictures them, systematizing rendering as a conflation of sonar and paint-by-numbers. The terms of Ross’s paintings are severe, and tactically related to work that is much less imaginatively free. In them green is the new gray, the baseline, ubiquitous and neutral, yet reeking of chlorophyll and methane. Amputation of their corners can make the paintings’ content fluctuate.

Ross has always made drawings, many different types, most of which ignore the systems that give his paintings their peculiar objectivity. The confusion of kingdoms that is implied in the paintings becomes explicit in the drawings. A range of procedures filling the spectrum from cartooning to the diagrammatic and a wild profusion of subjects and structural approaches merge under the rough, futuristic logic of the laws of growth in a rigid irrationality of form which it is tempting to call “alien.” Ross’s projections of organic thinking assume the soul-less monumentality of images returned from the lifeless moons of the outer planets. They seem lit by a distant sun.

Human consciousness does a bait-and-switch with itself to be able to think thoughts about “nature,” to establish as “other” the all-embracing system of systems in which we are embedded and actualized, where the dynamics of inner and outer life begin and end. The processes of the mind aren’t objects, but they can manifest as things. In our culture when we speak of the “psychological” we are usually referring to un-illuminated forces in the private life of the individual, but if assumptions are shifted we might cross the blood/brain barrier into an expanded pattern of relationships. Ross’s work operates as the pictorial analogue, where corners are cut, consciousness expands, and the dark heart of the biotic realm pumps green.