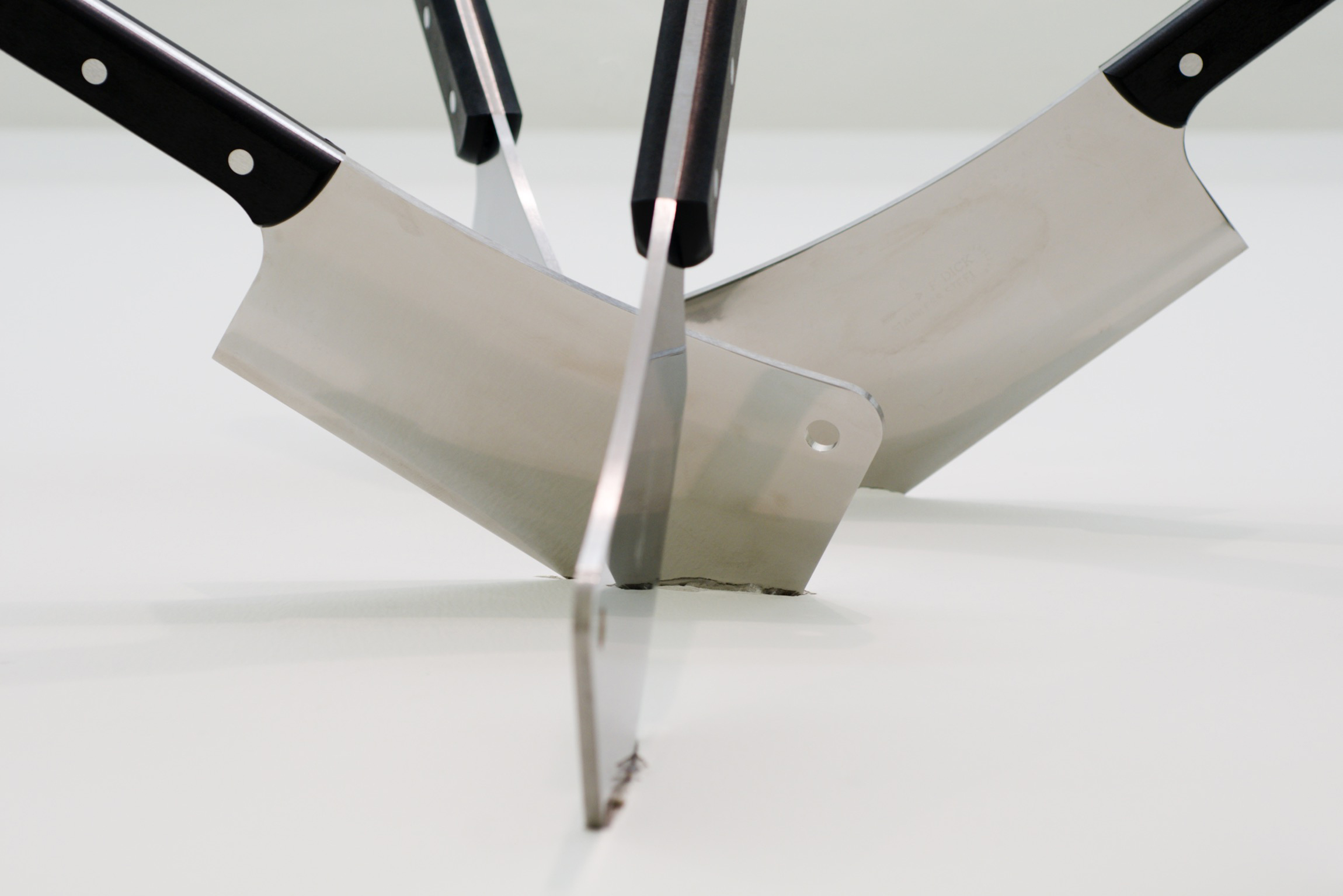 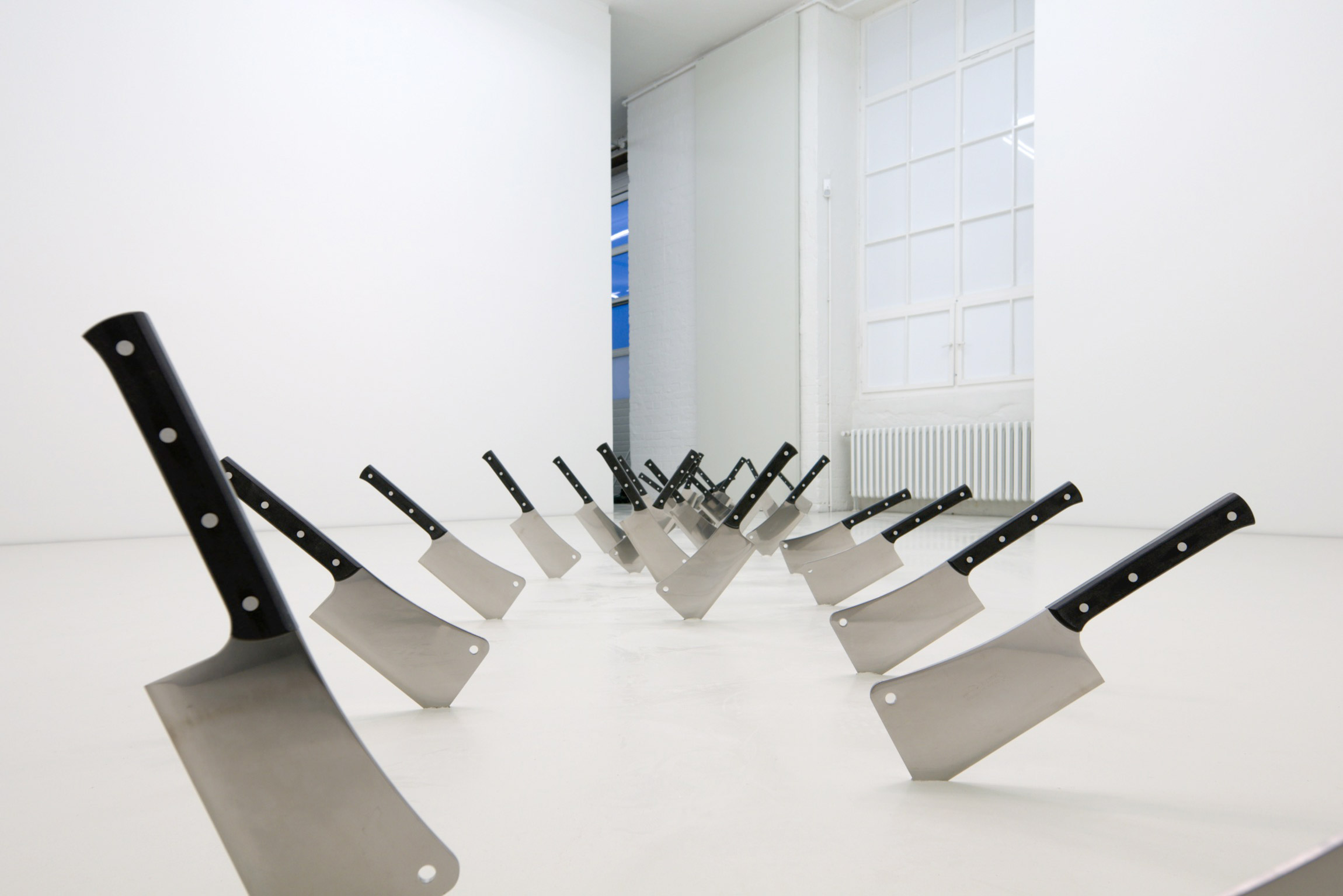 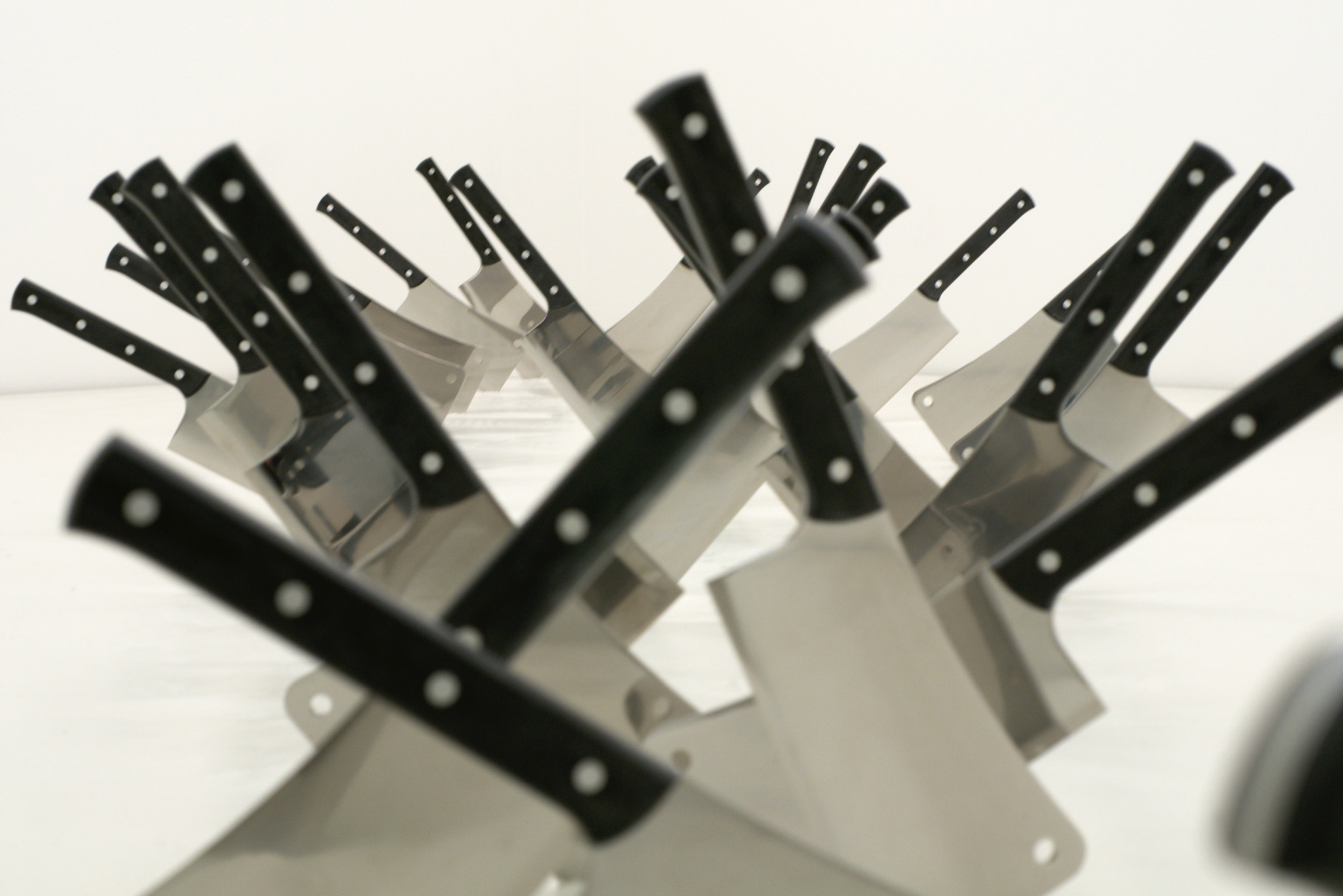 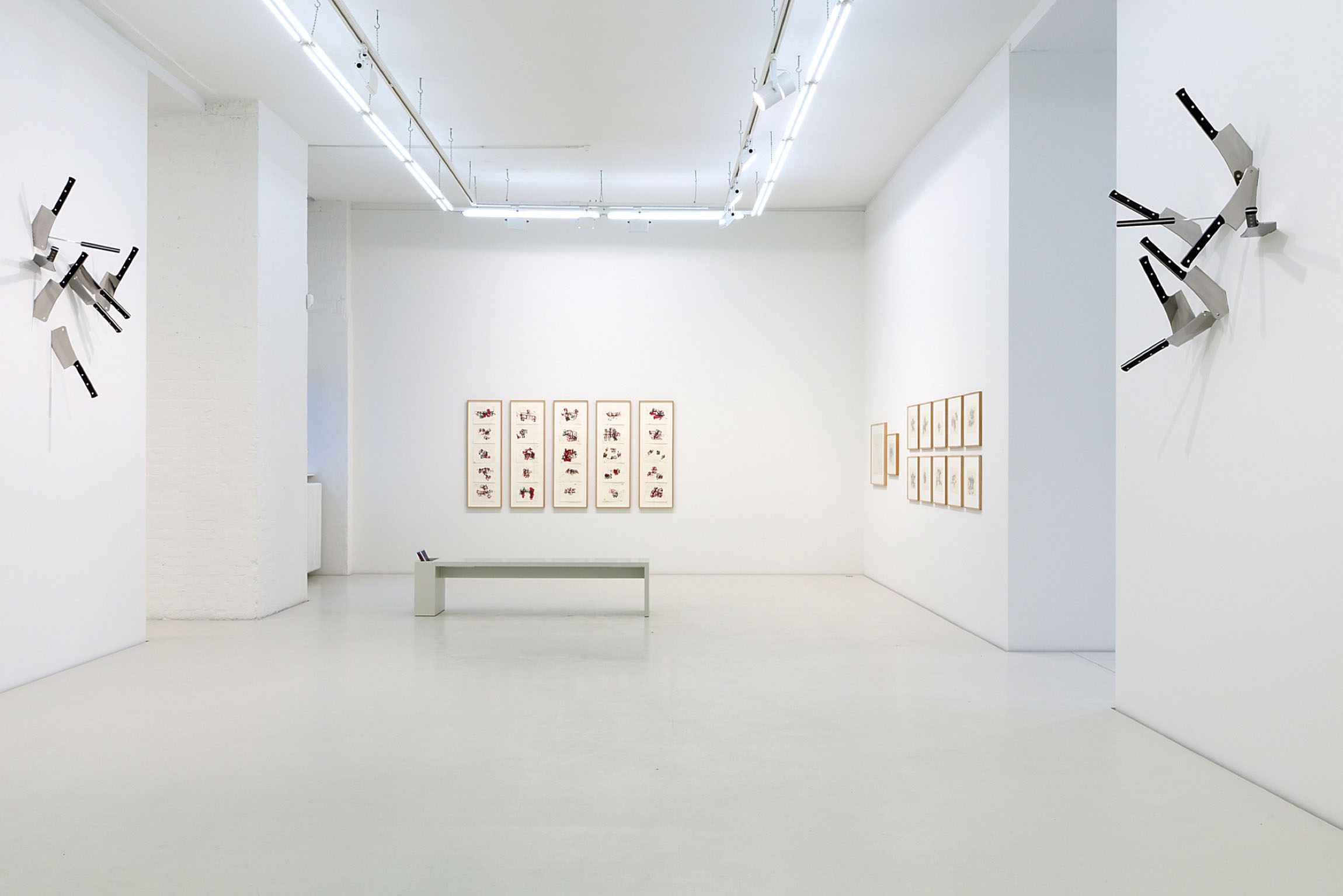 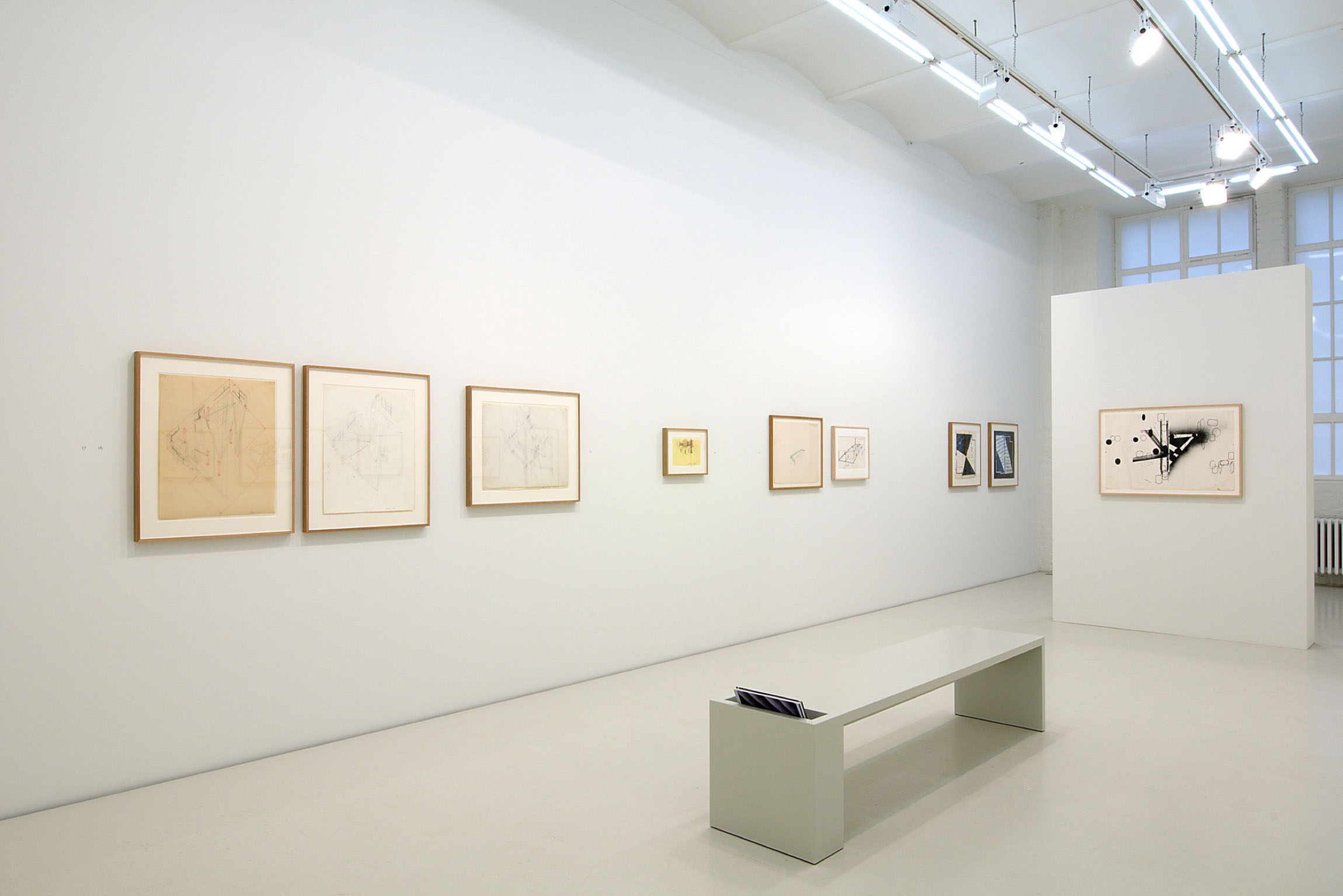 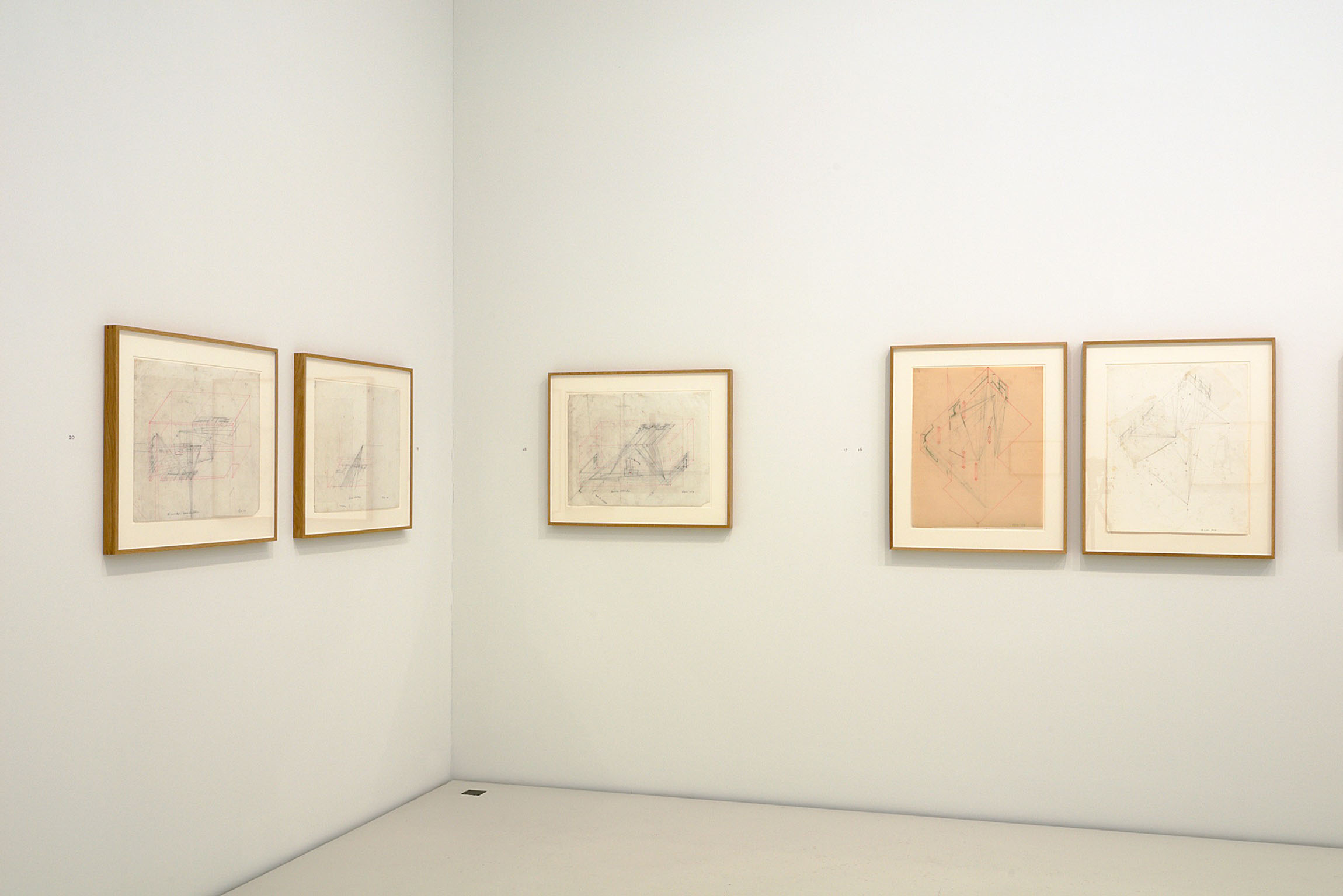 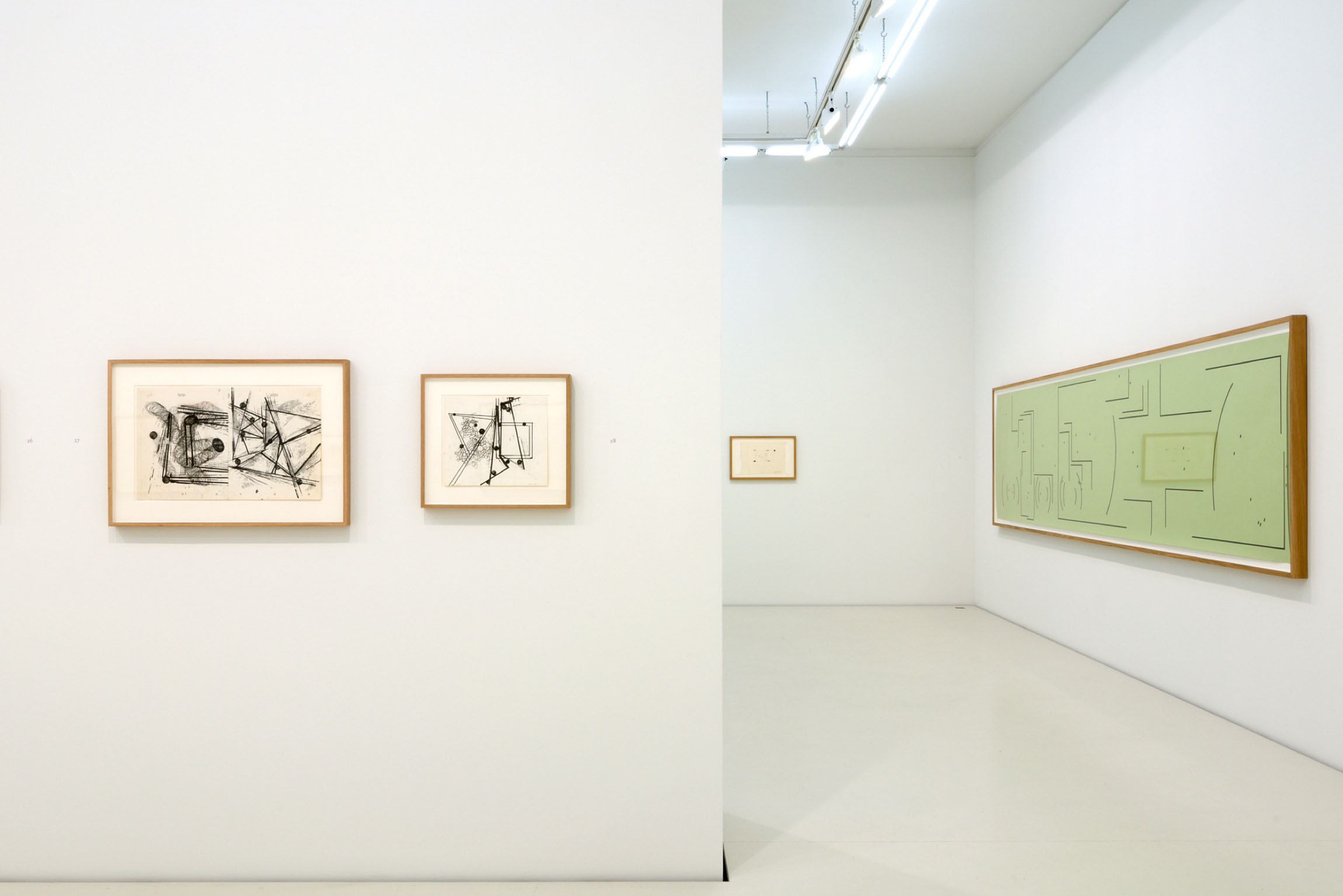 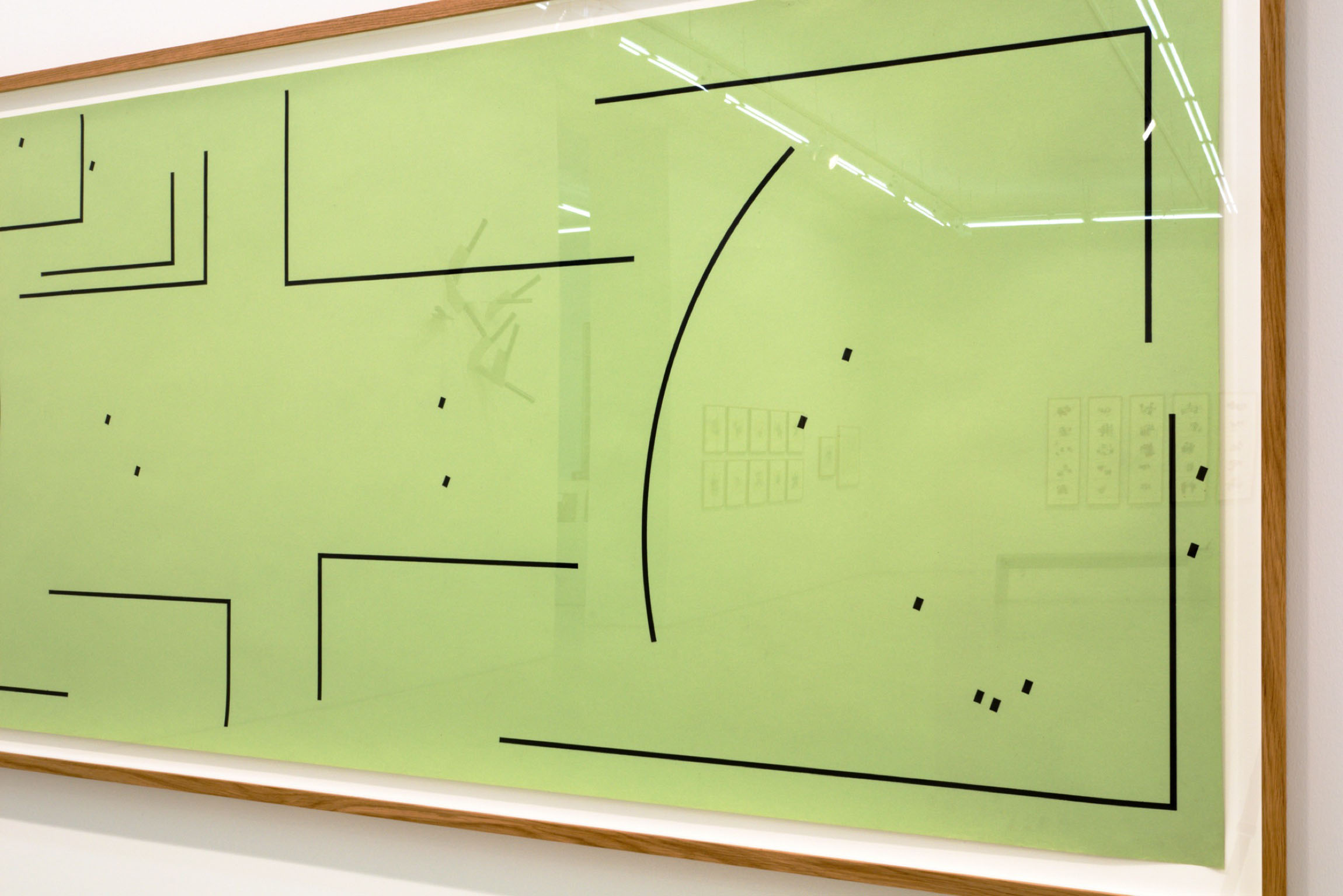 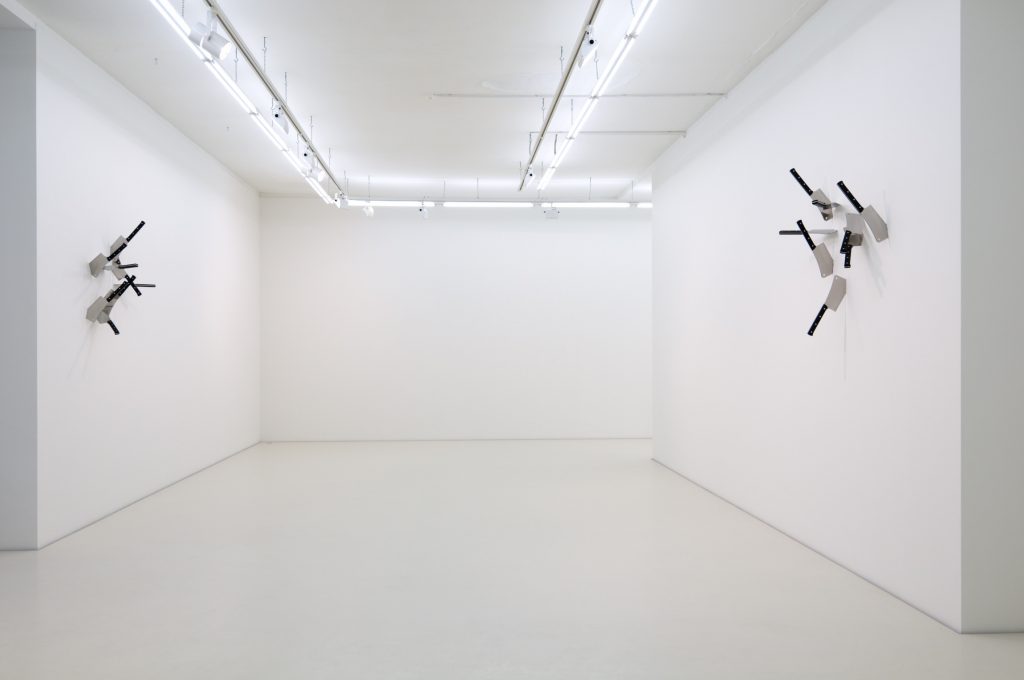 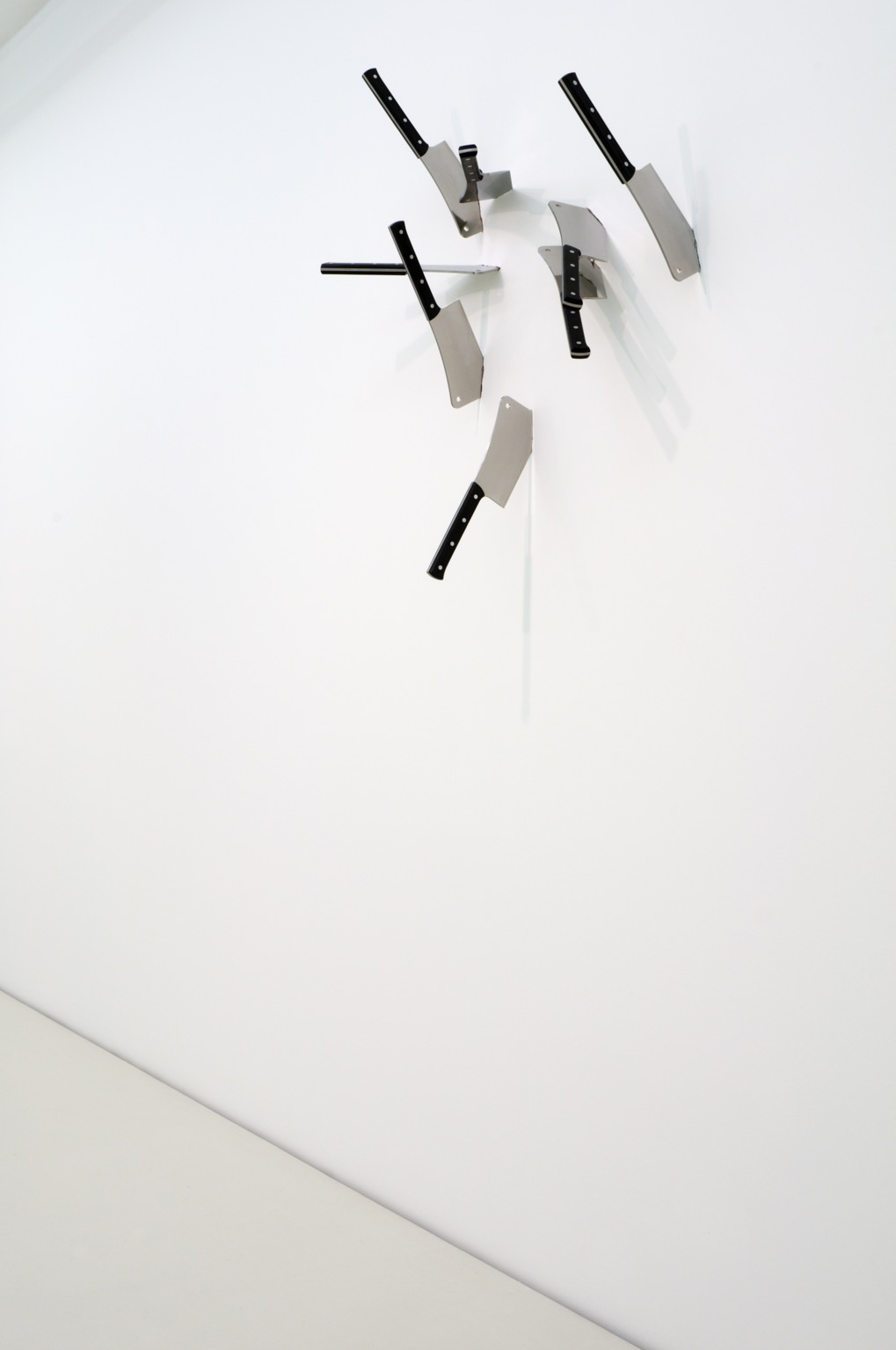 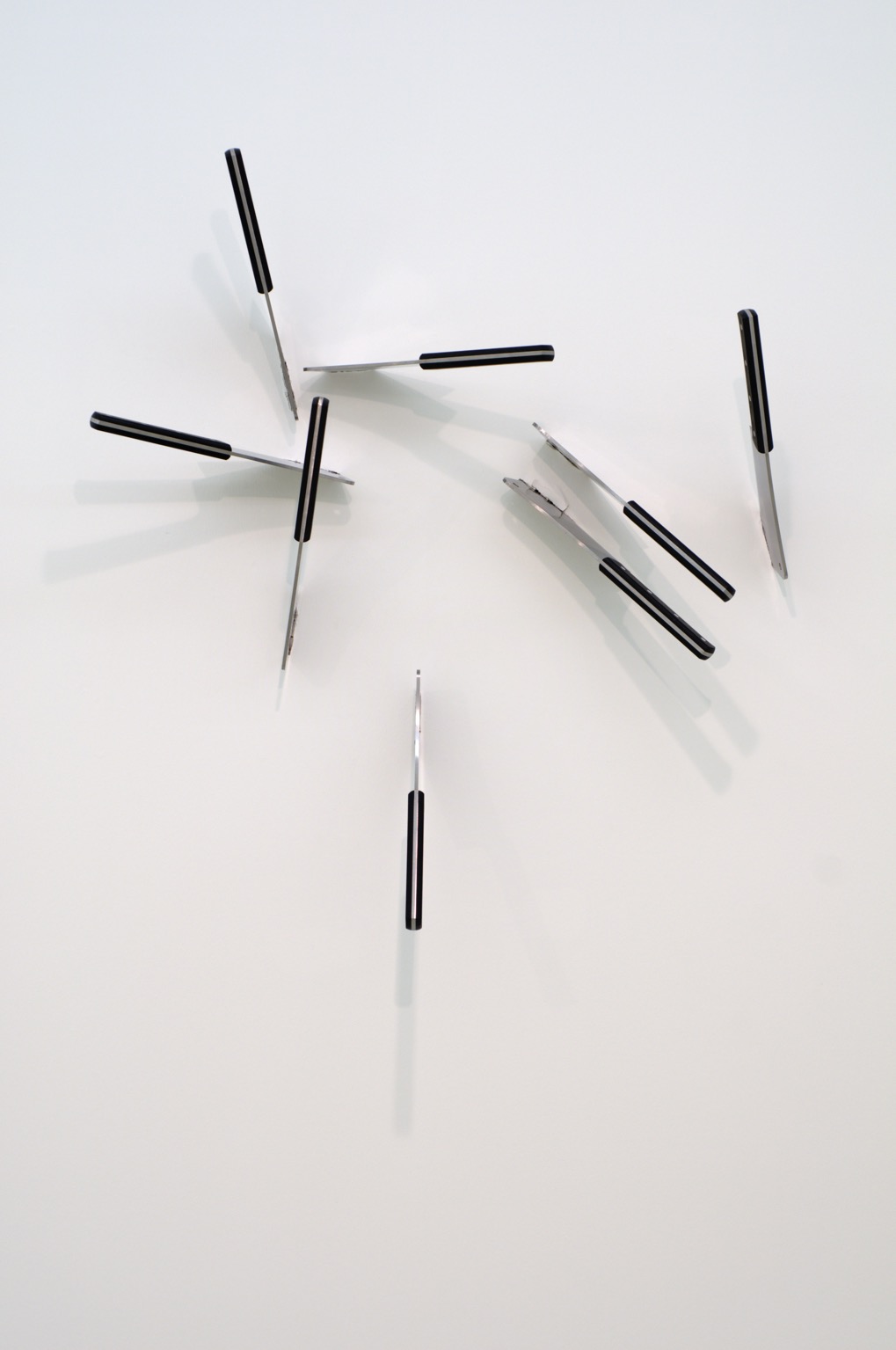 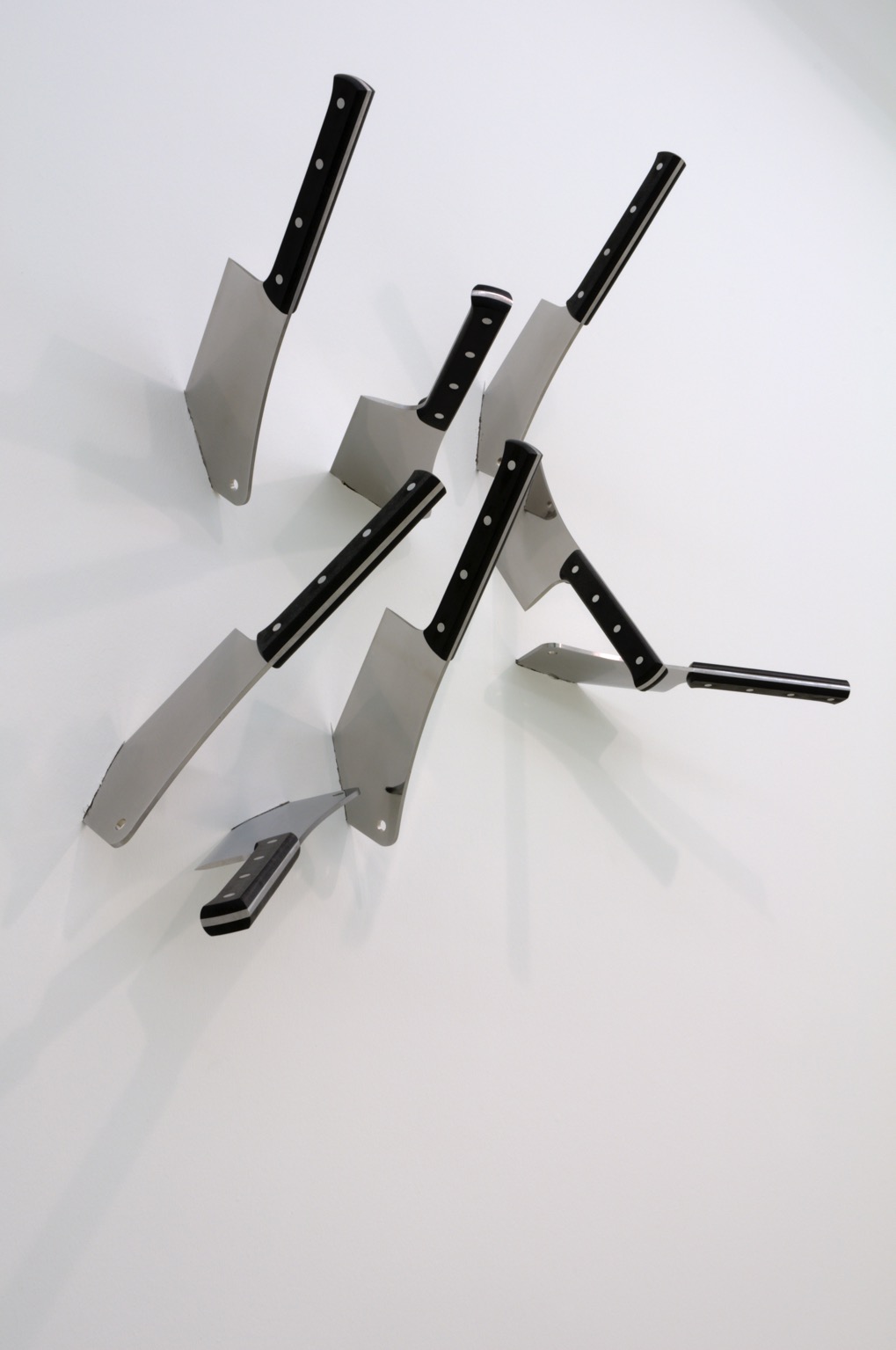 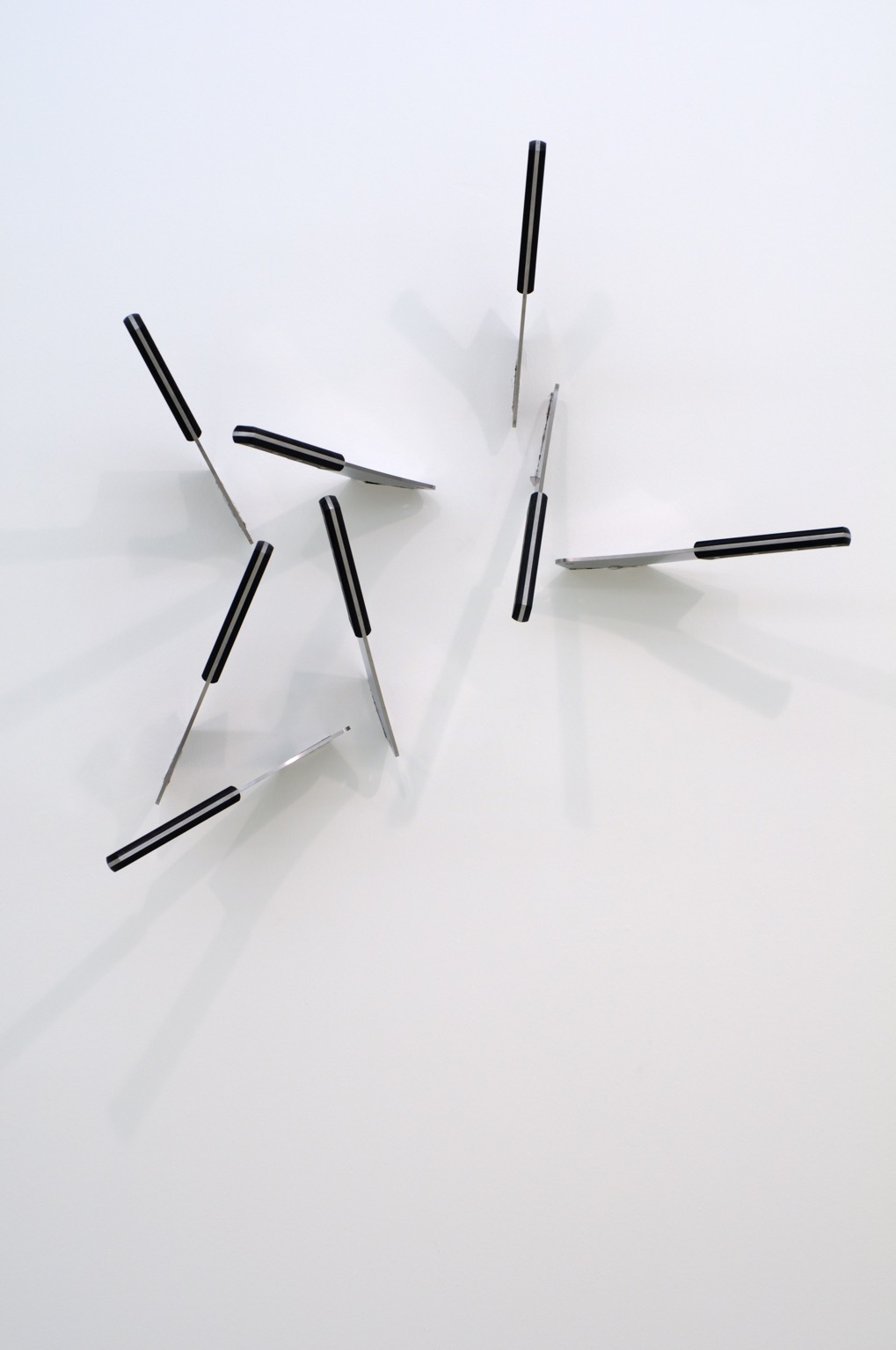 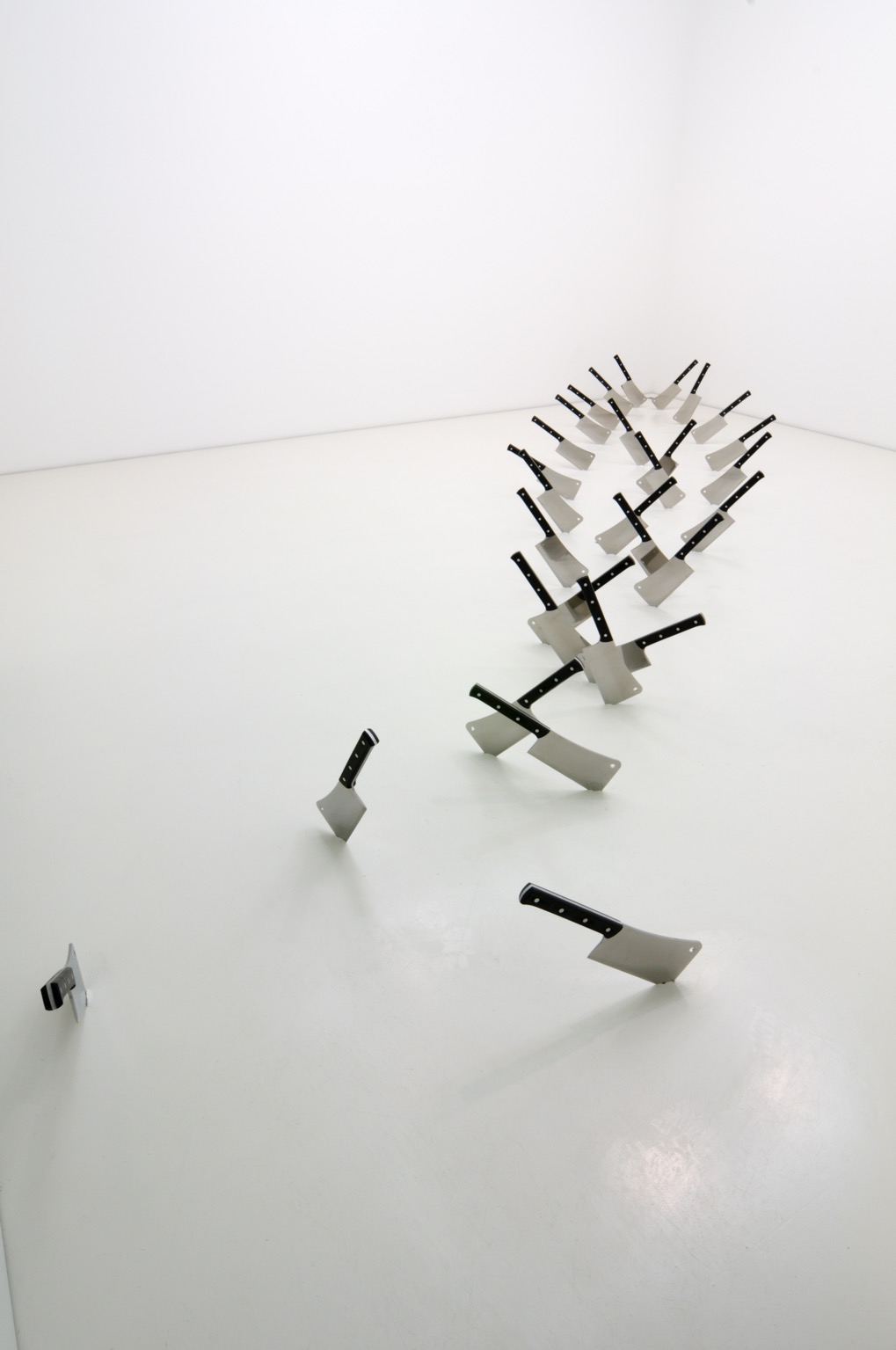 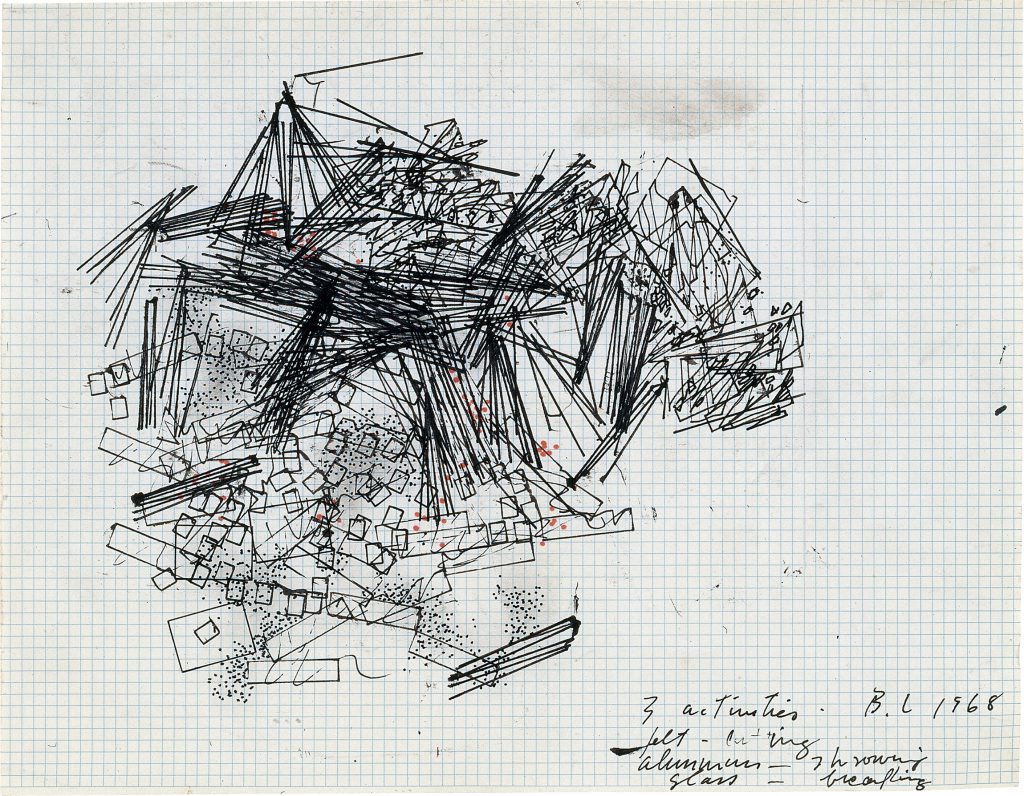 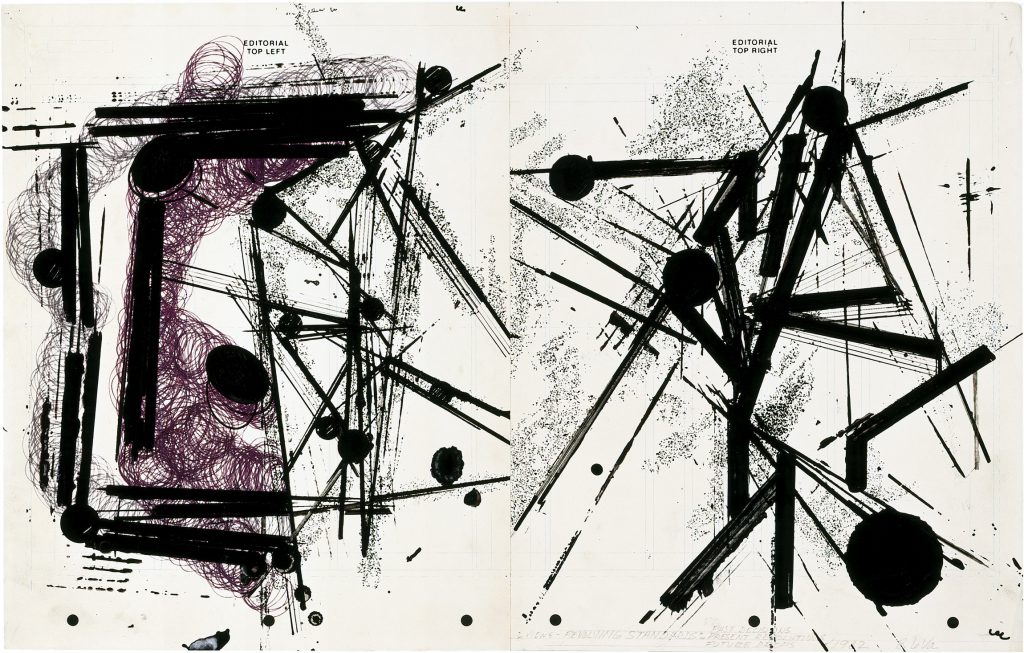 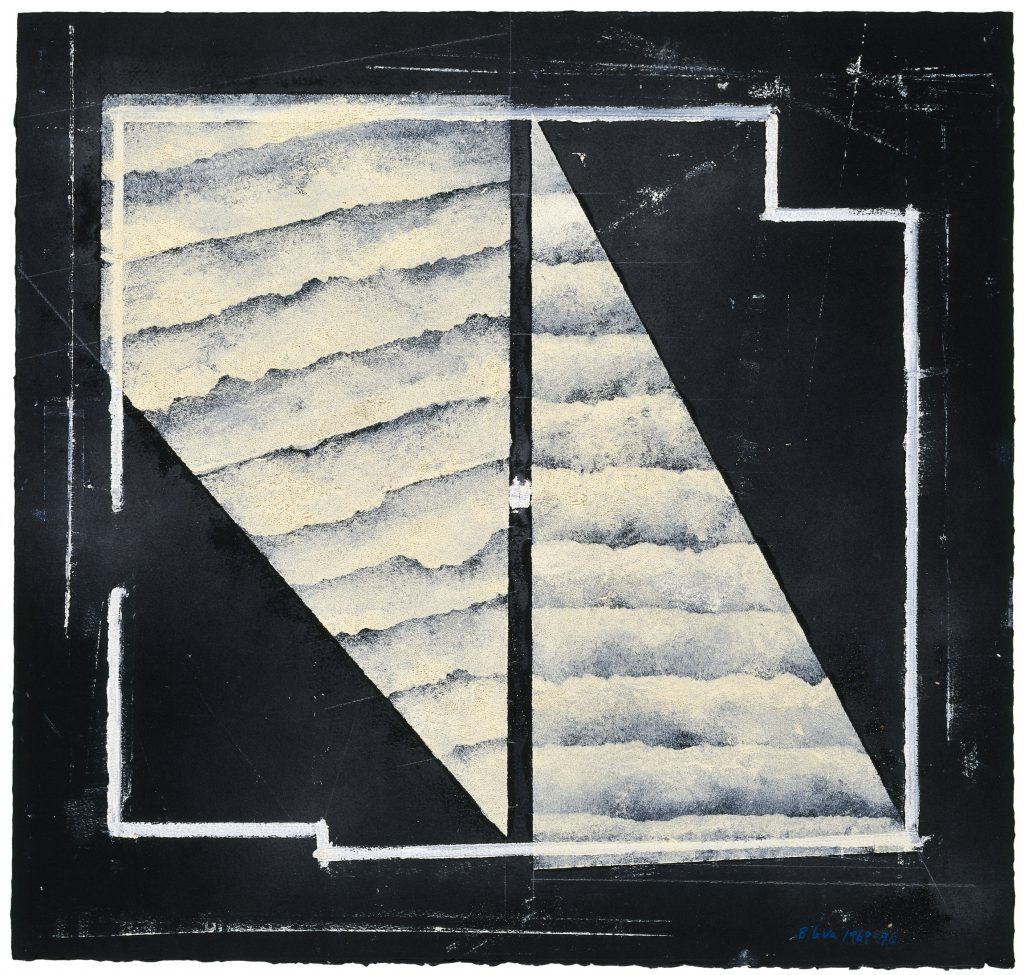 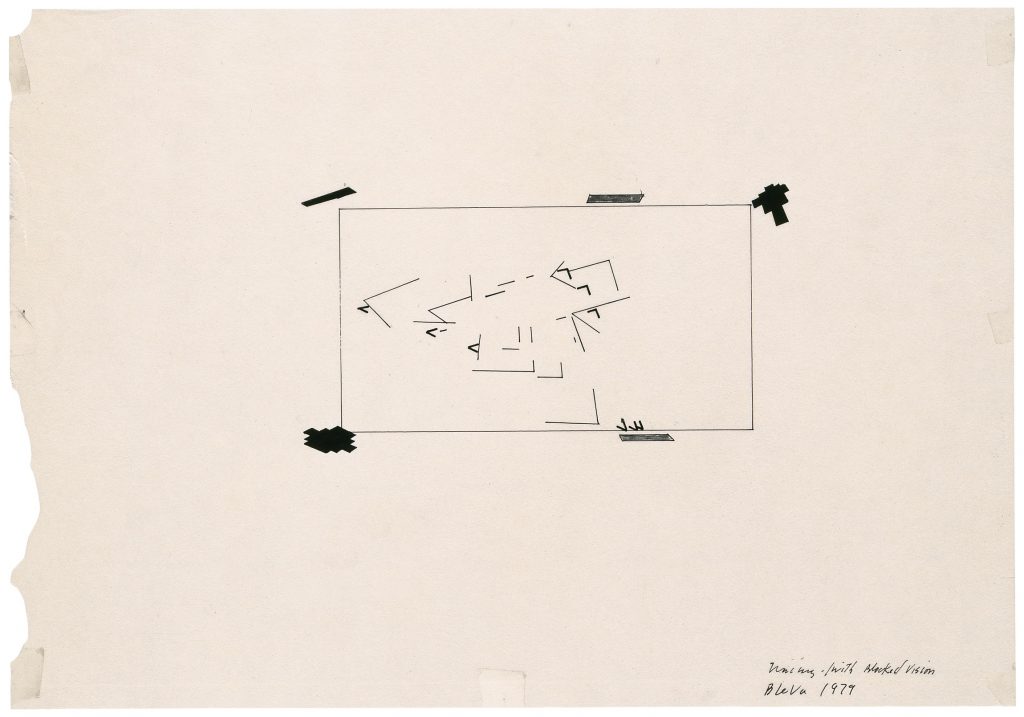 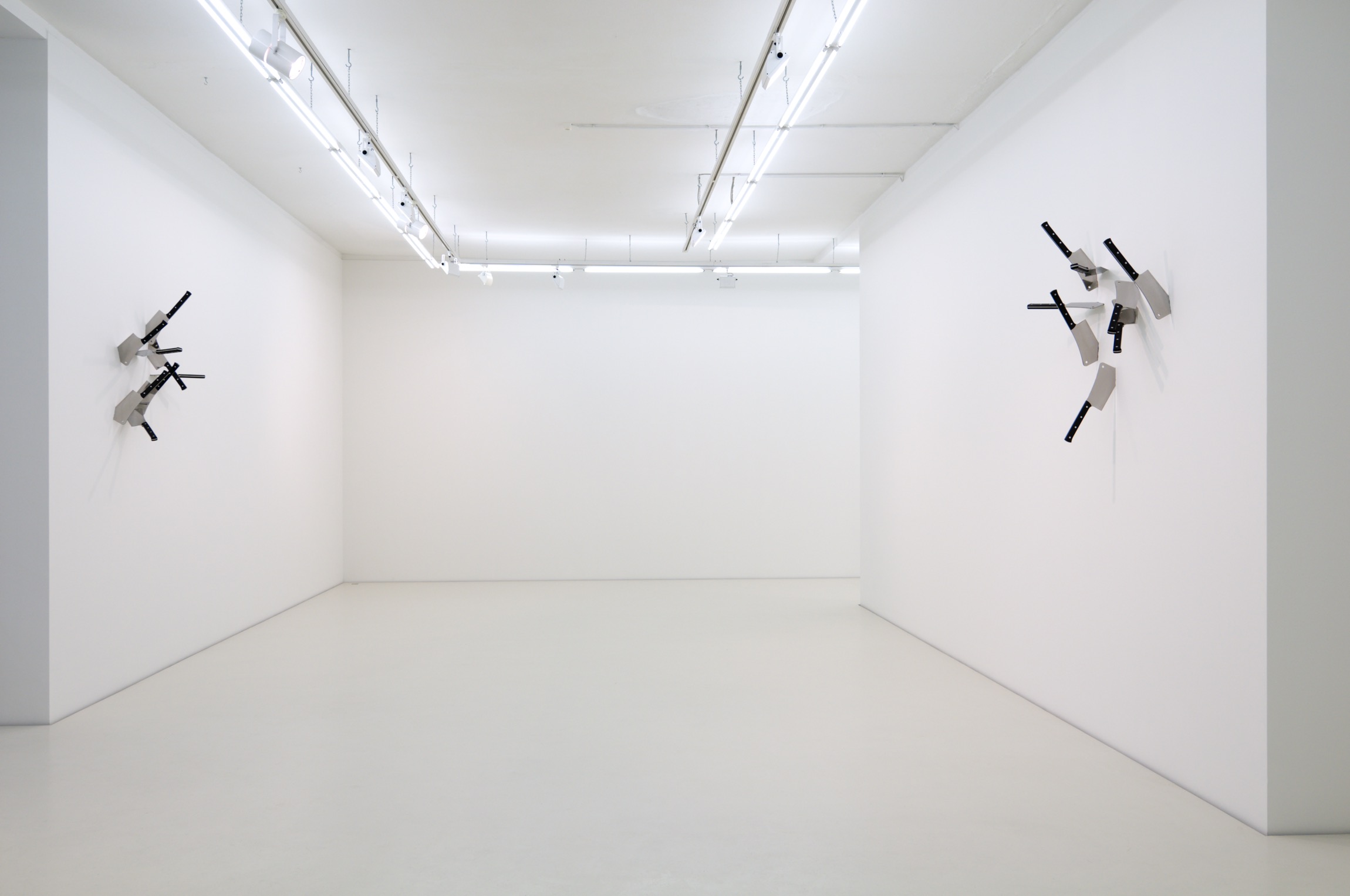 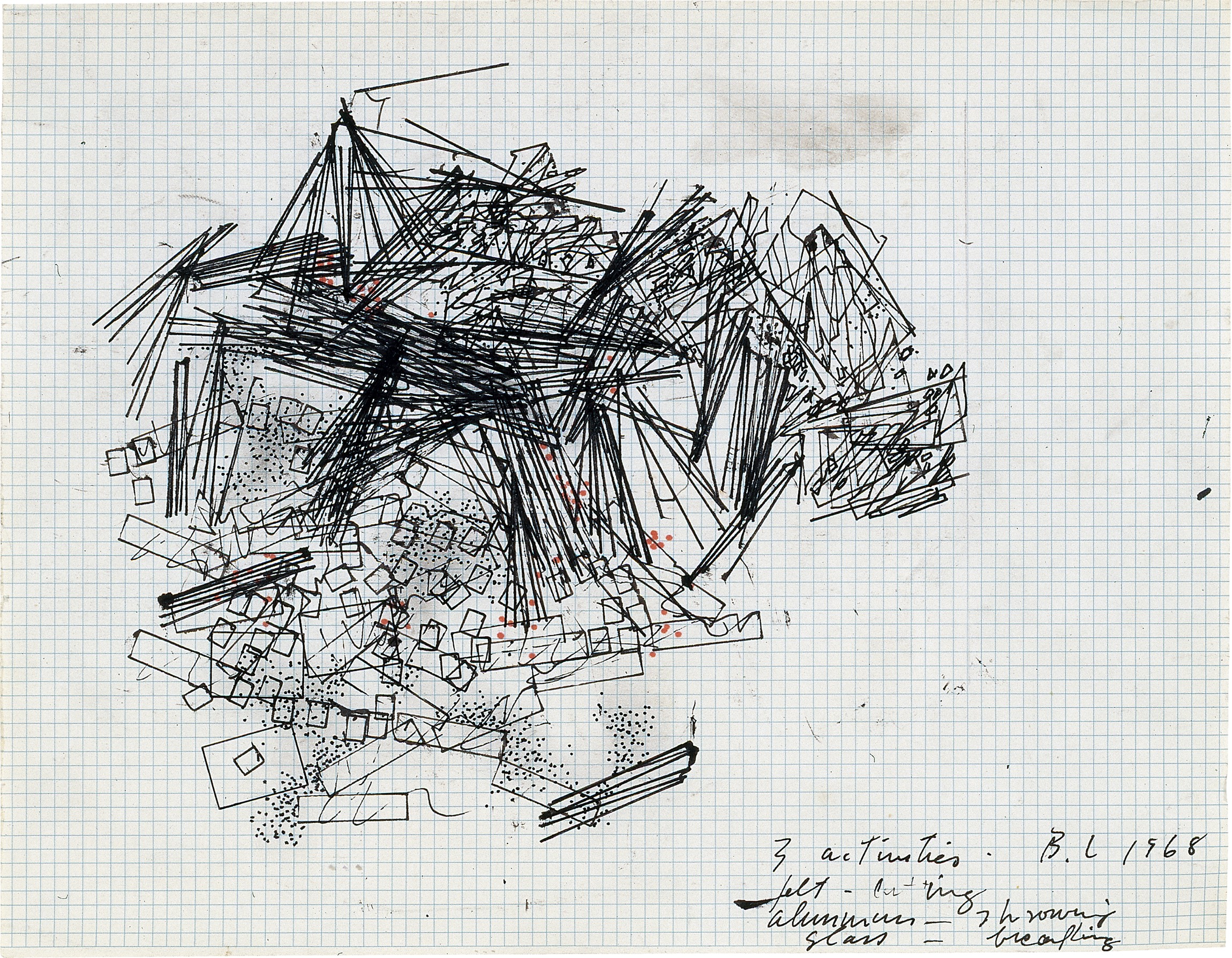 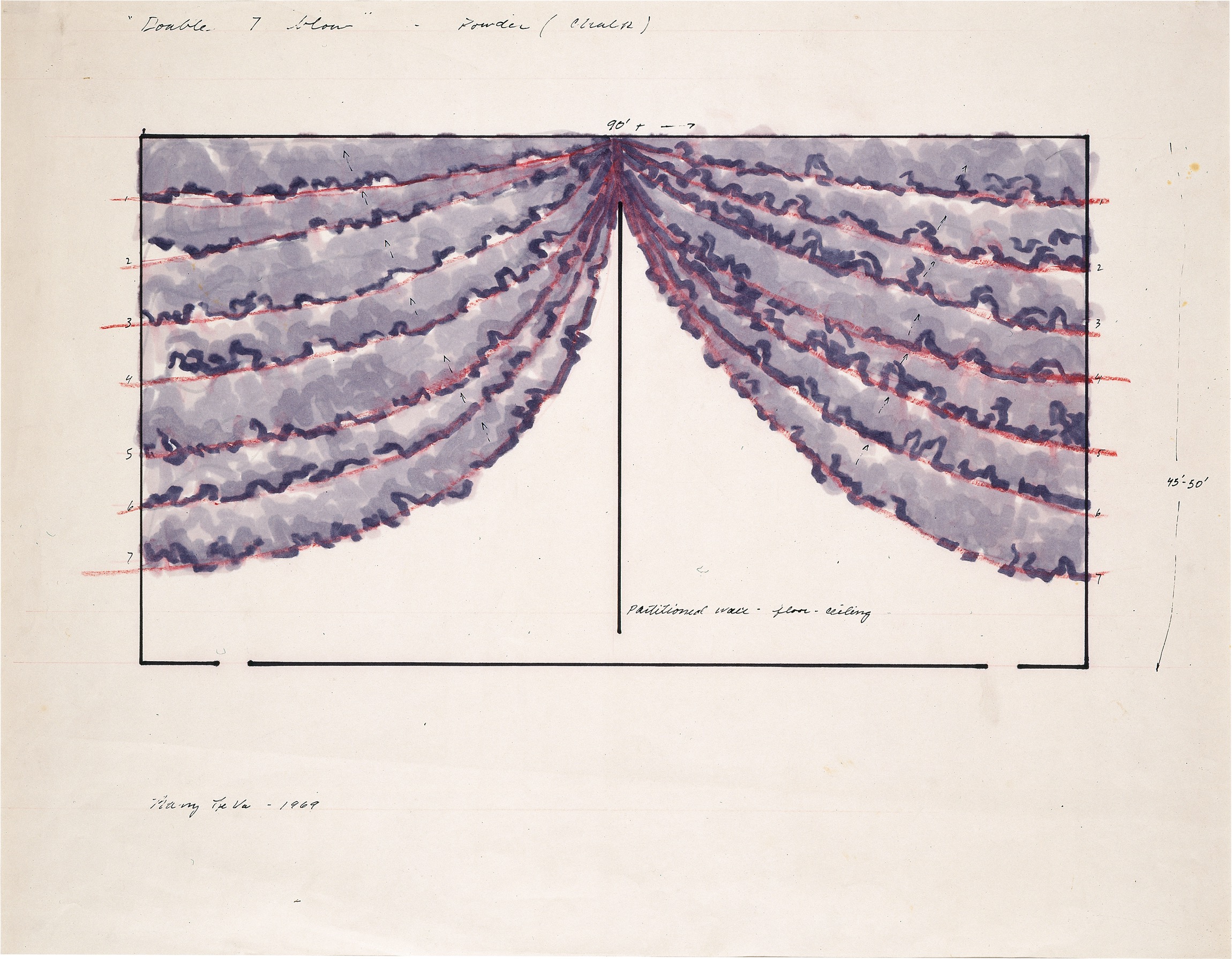 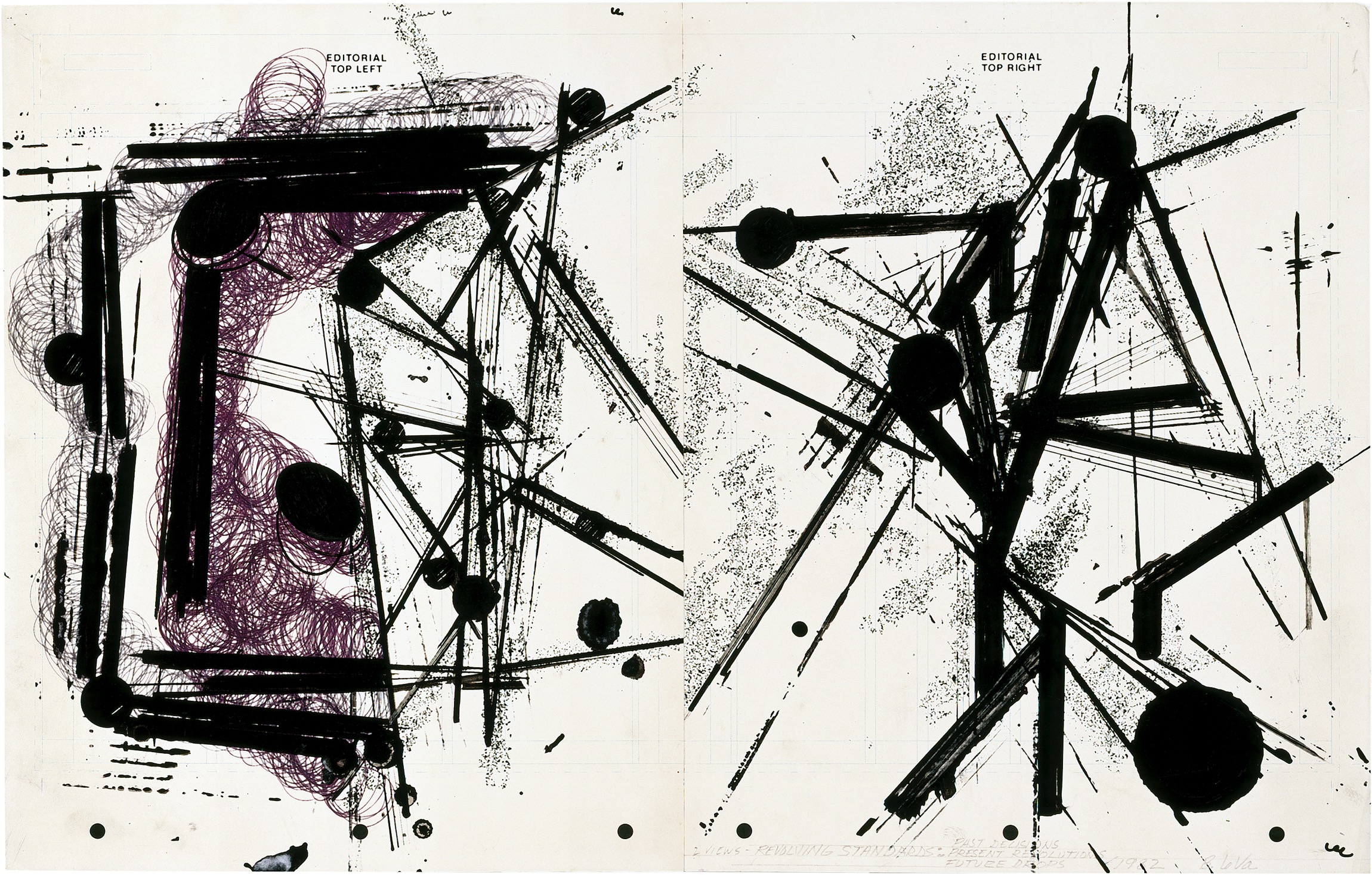 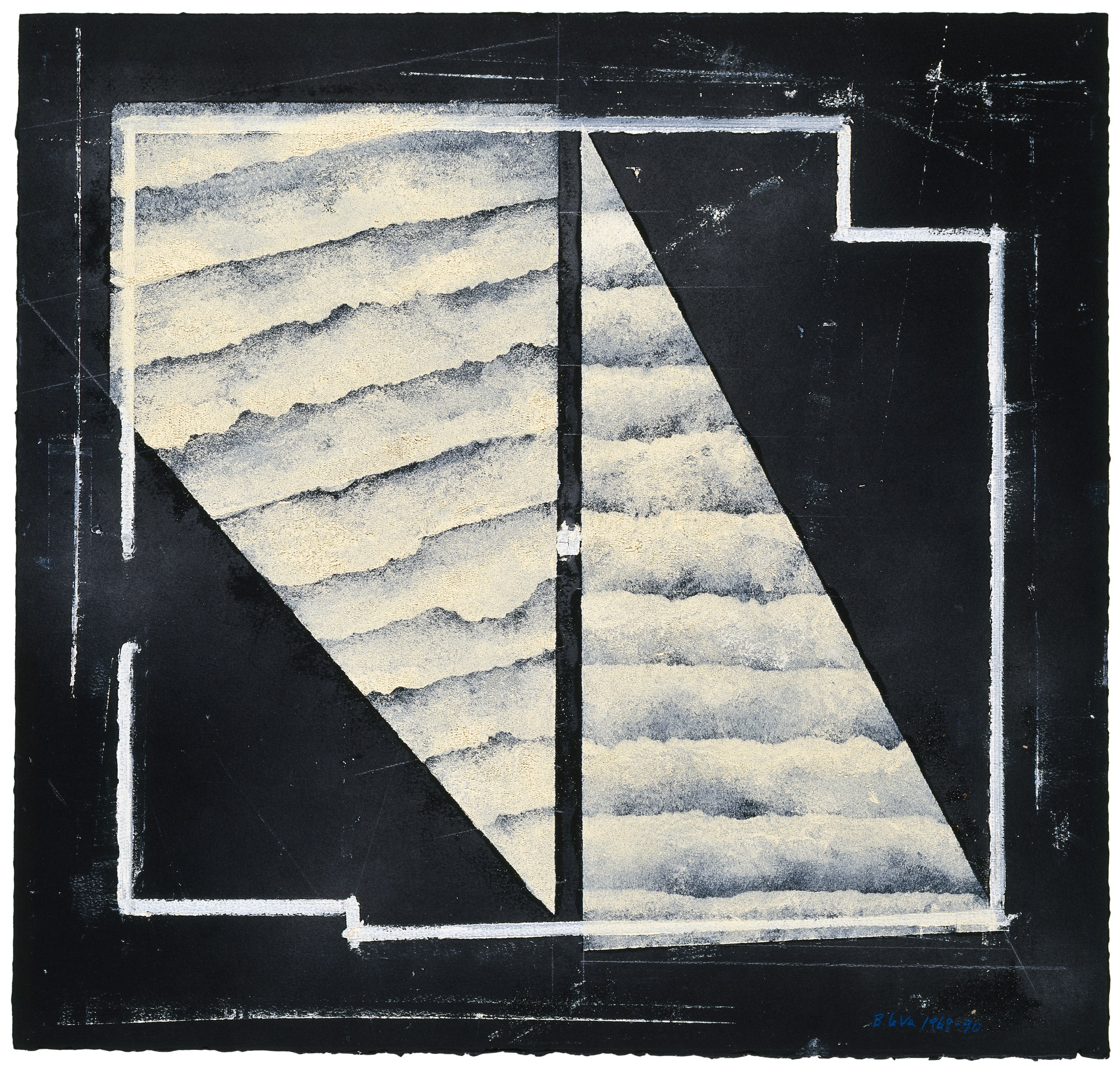 Nolan Judin Berlin is pleased to dedicate two exhibitions to New York artist Barry Le Va’s (*1941) extensive oeuvre of drawings and sculptures. The first exhibition, focusing on the period from 1966 to ca. 1985, is organised around two sculptures of meat cleavers that the artist drove into the walls and floors of the gallery. The mere physical presence of these brute tools invariably invokes images of aggression and violence. This ‘psychological’ effect, however, is in fact the least interesting aspect of this installation. More significantly, it embodies and exemplifies Le Va’s obsession with ‘evidence’ — what remains of actions and events — and his preoccupation with time and space, matter and energy, order and chaos.

The process-oriented and transient character of his work places him at the far edge of contemporary definitions of sculpture. The fact that this has been true of Barry Le Va throughout his entire career distinguishes him as one of the most significant contemporary American artists since his very first installations caused both furor and outrage some forty years ago. He has long maintained that his ambition is to transcend the understanding of sculpture as consisting of enclosed and formed matter. His works are the result of a process of distributing, spilling, scattering, blowing, layering, dropping, throwing and crushing.

His first large-scale installations, created in 1967 and 1968, consisted of pieces of felt, ball bearings and wooden planks that Le Va scattered on the floor. The arrangement appeared unplanned and boundless — a snapshot of a process whose beginning or end could not be perceived. The seemingly random distribution of the materials endows them with a spatial arrangement and expansiveness by which they enter into a ‘relation’ with the space that surrounds them.

The broadening of his understanding of sculpture was followed by an expansion of his palette of materials: aluminium bars, viscous oil, flour, powdered chalk, cast concrete and neoprene rubber. For the first time in 1967, he created a sculpture by throwing and dropping plate glass. In a seminal group-show in 1969 at the Whitney Museum of American Art, Le Va blew flour over the floor, reaching hitherto unmatched levels of instability and impermanence in art. It was also at the Whitney Museum where, in 1970, he for the first time drove meat cleavers into a wall. The year before, he had created a sound installation reproducing the sound of his body as it repeatedly smashed headlong into the walls of a corridor. Yet another time, Le Va employed a policeman to use his gun to shoot holes into the wall of a gallery.

The artist’s goal was always to “eliminate sculpture as a finished, totally resolved object. To eliminate a sense of wholeness and concentrate on parts, fragments, incomplete activities and structures. To emphasize transitional stages of an activity or many activities with no foreseen end.”

The drawings are as important for Barry Le Va as the sculptures and installations. One cannot exist without the other. The sketches on paper stand in a dialectical and at the same time symbiotic relationship to executed three-dimensional works. A sculpture is nothing more than a momentary realisation, while the drawings point towards the possibility of multiple variations as well as further development. “I draw most of the time. I draw to concentrate on my thoughts. I draw to discover and clarify my thoughts.” But he is not always willing to share this clarity with the viewer. On first sight, his drawings appear austere; they seem to follow scientific principles. But what is depicted is often unabashedly ‘beautiful’ and is revealed by closer inspection as a mixture of construction and intuition. The artist leaves us in the dark as to the principle that ultimately guides him.