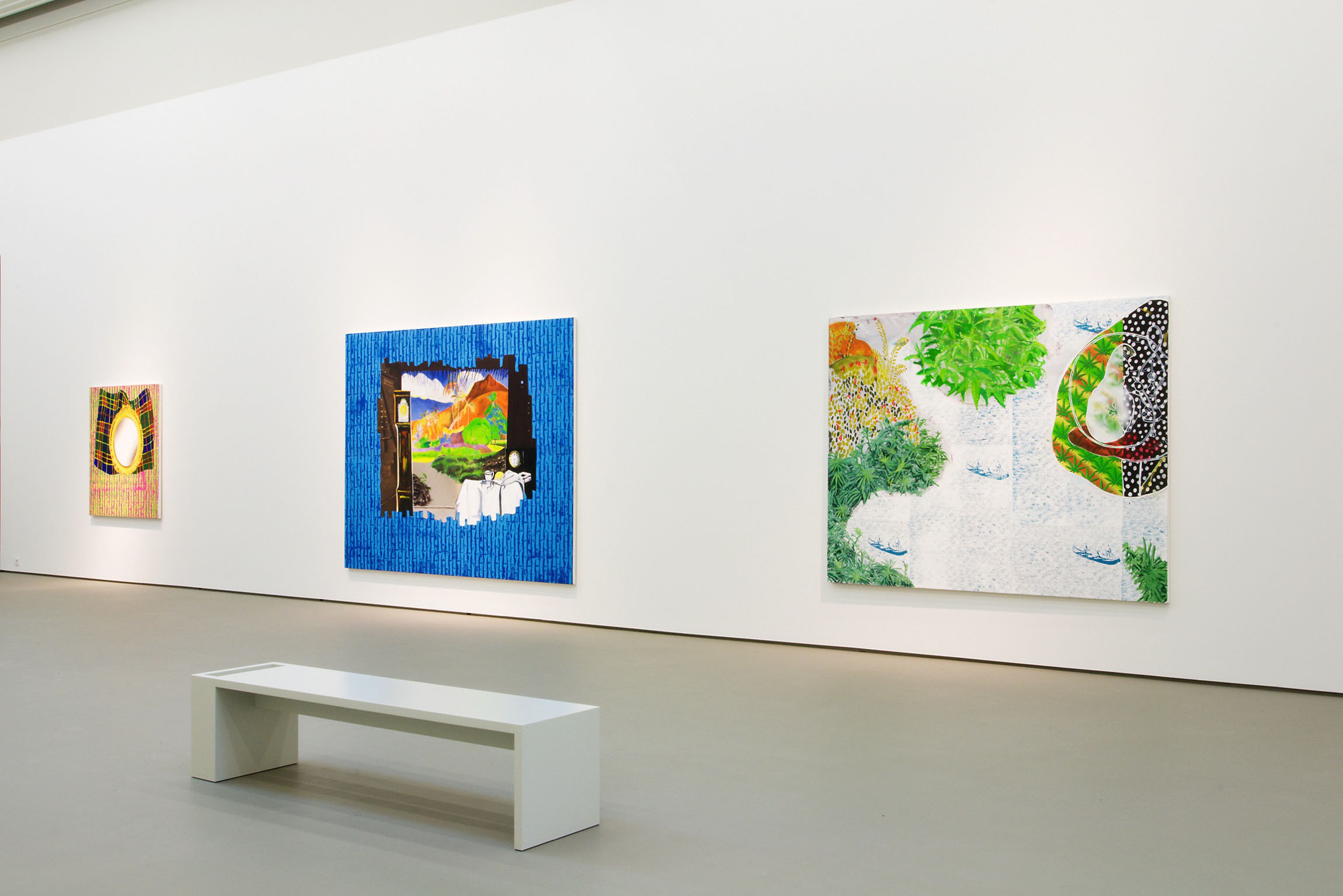 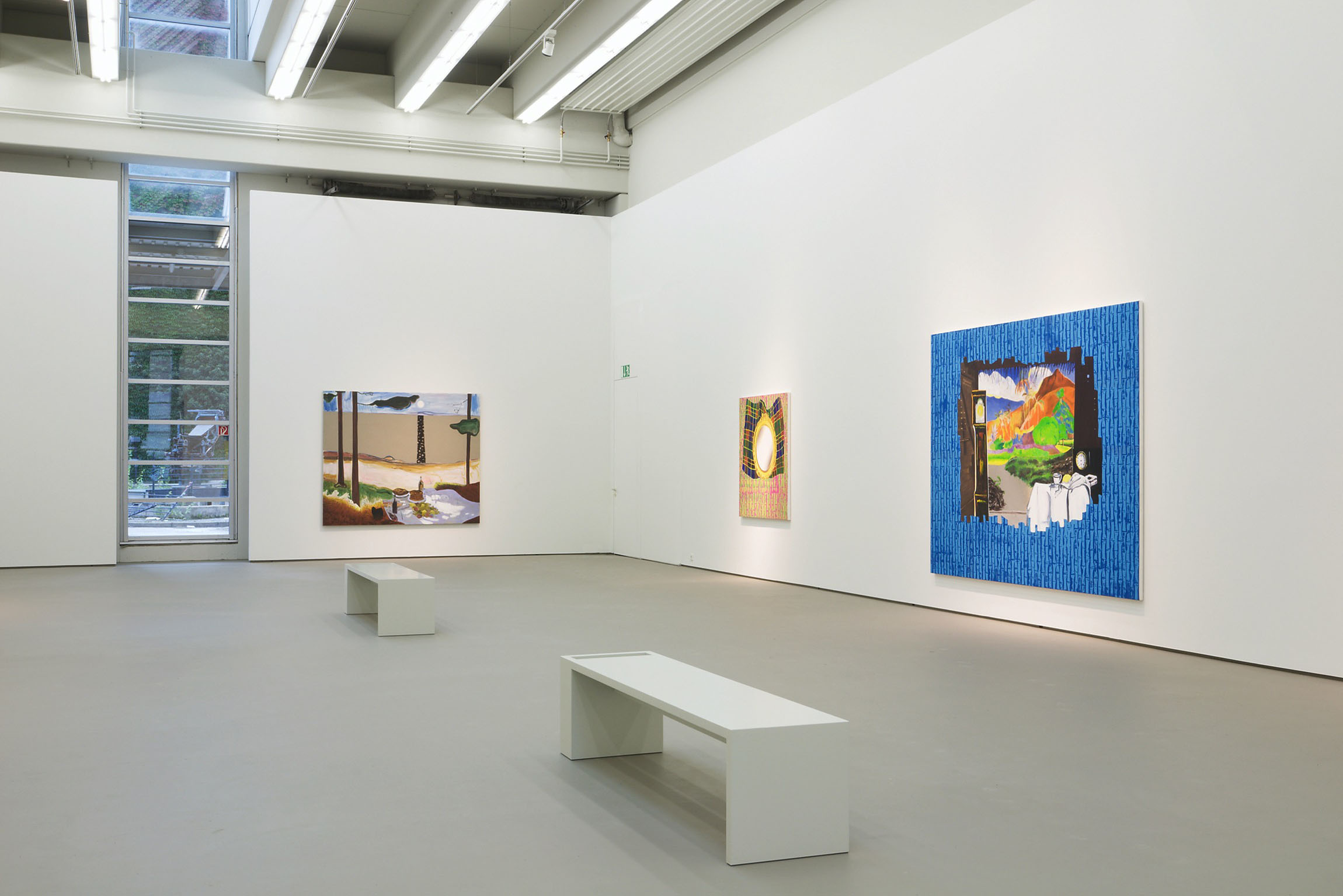 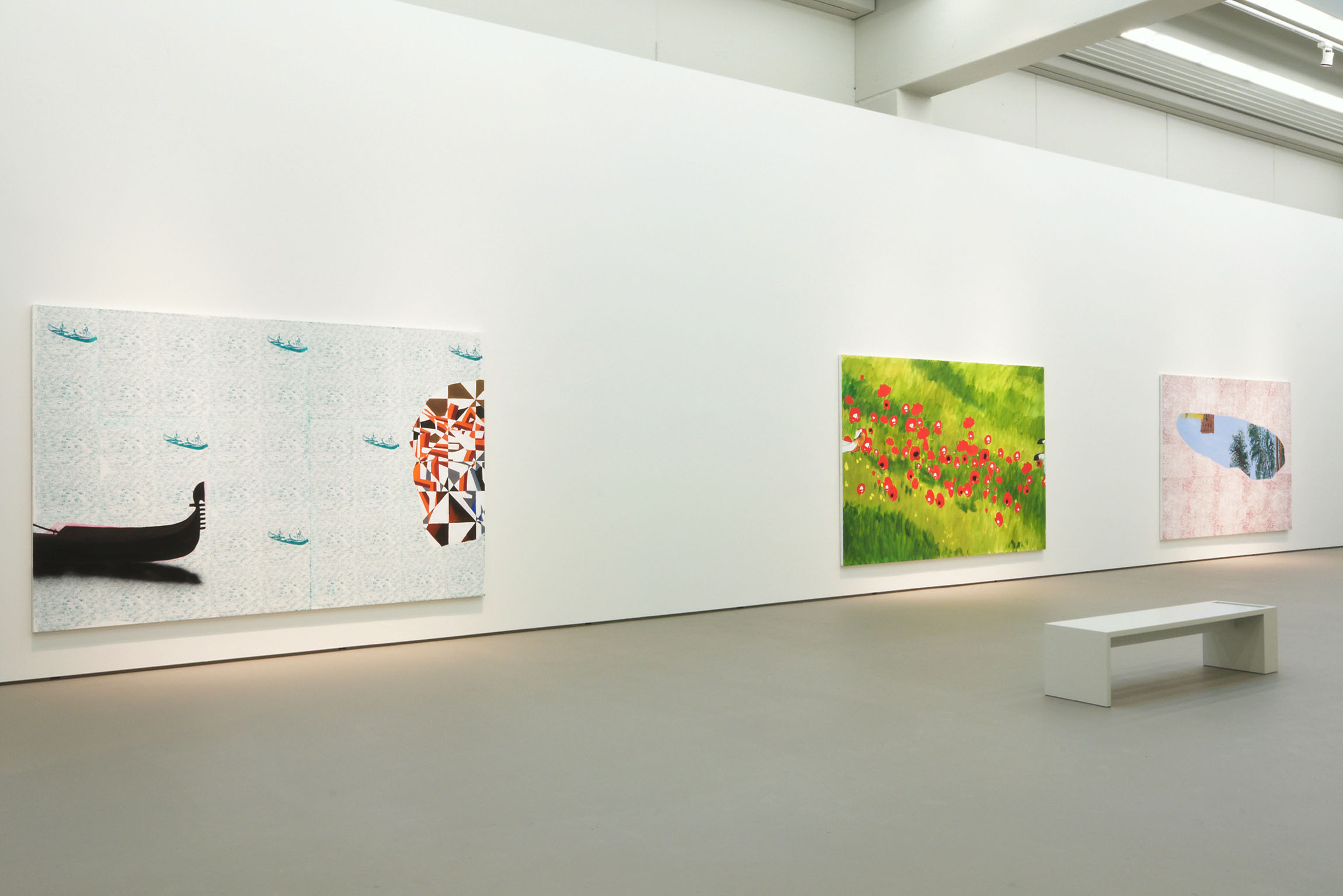 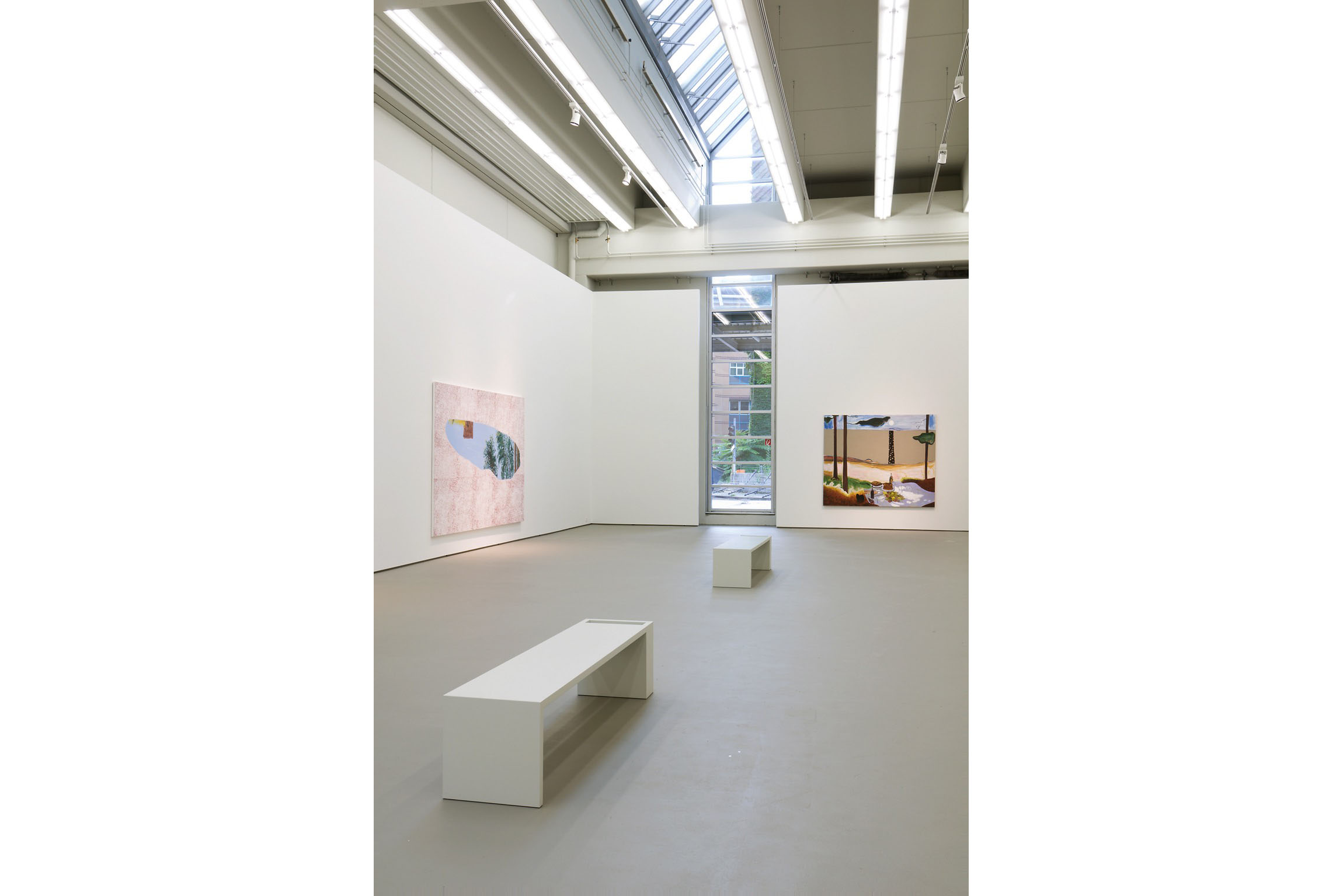 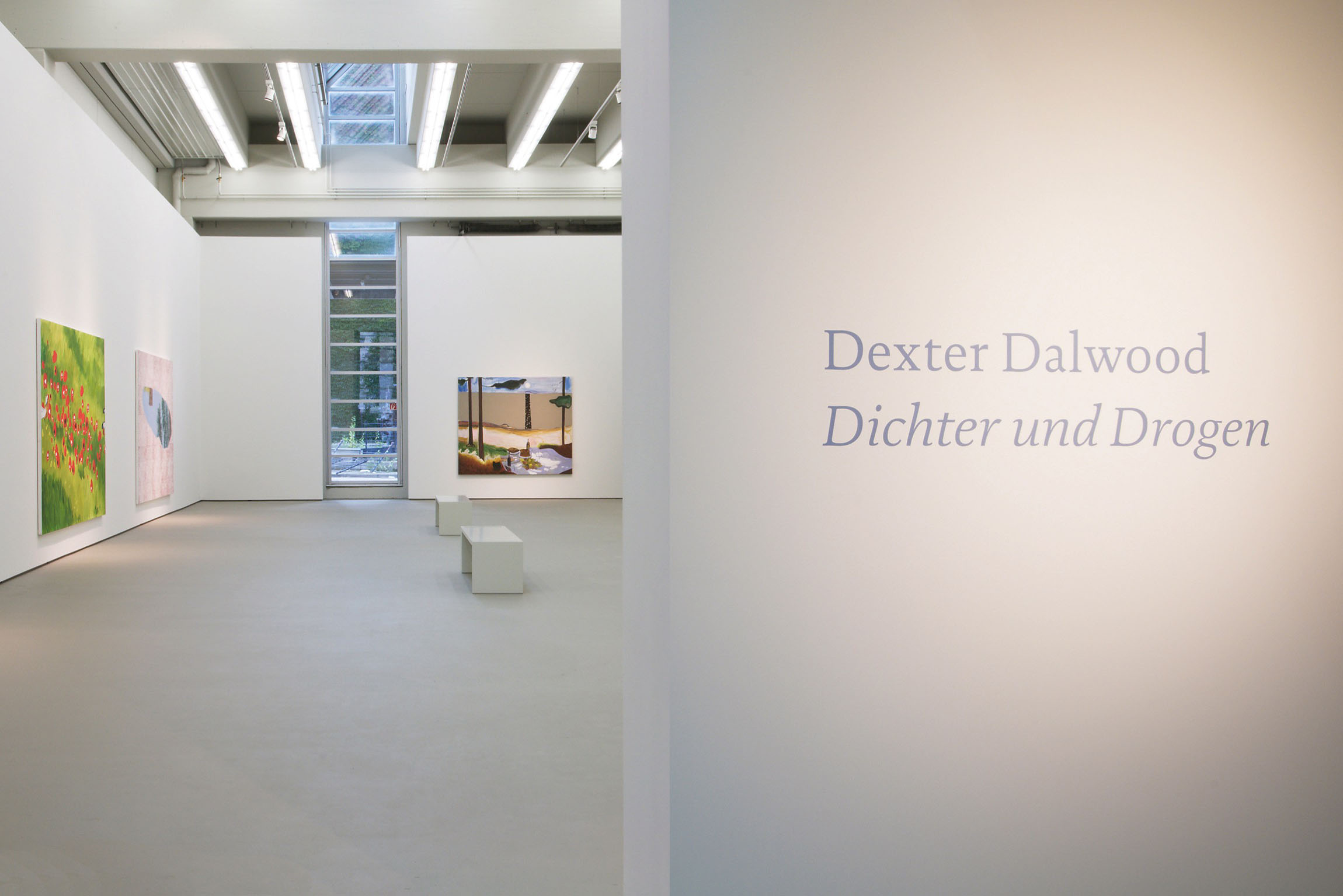 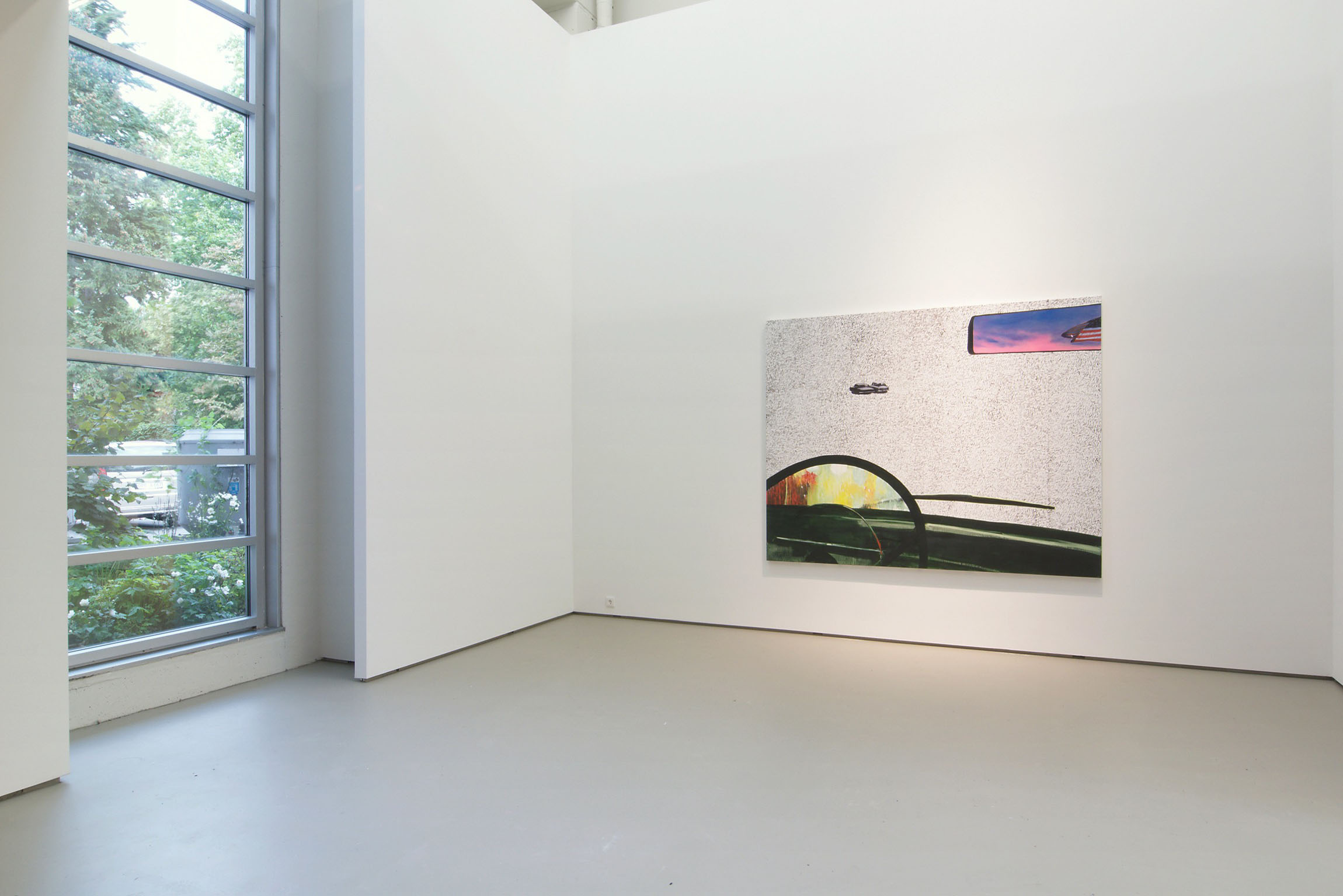 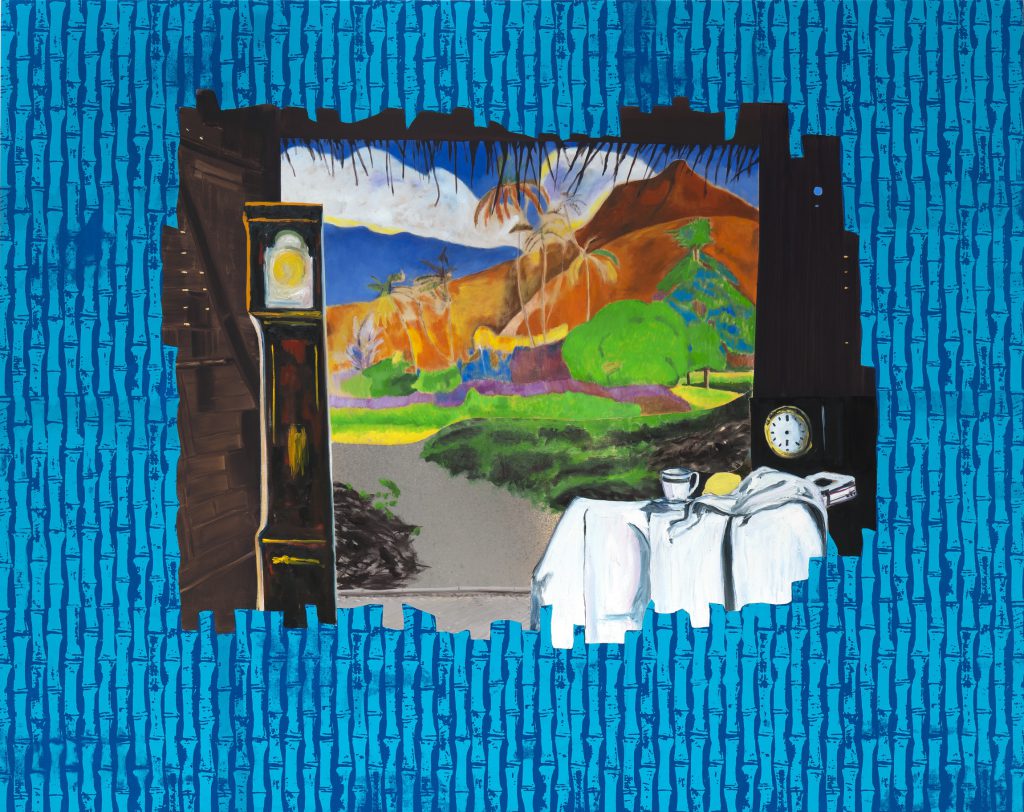 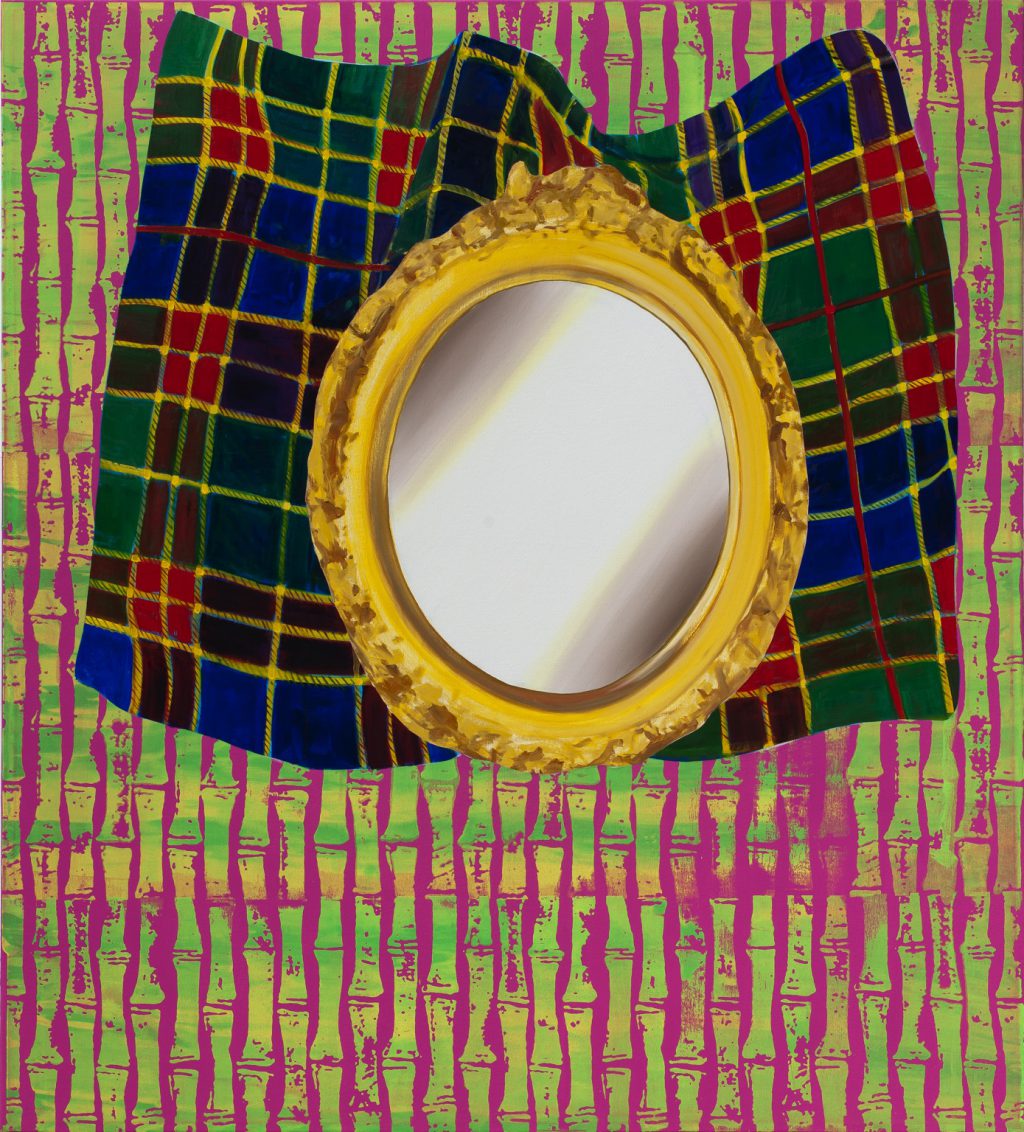 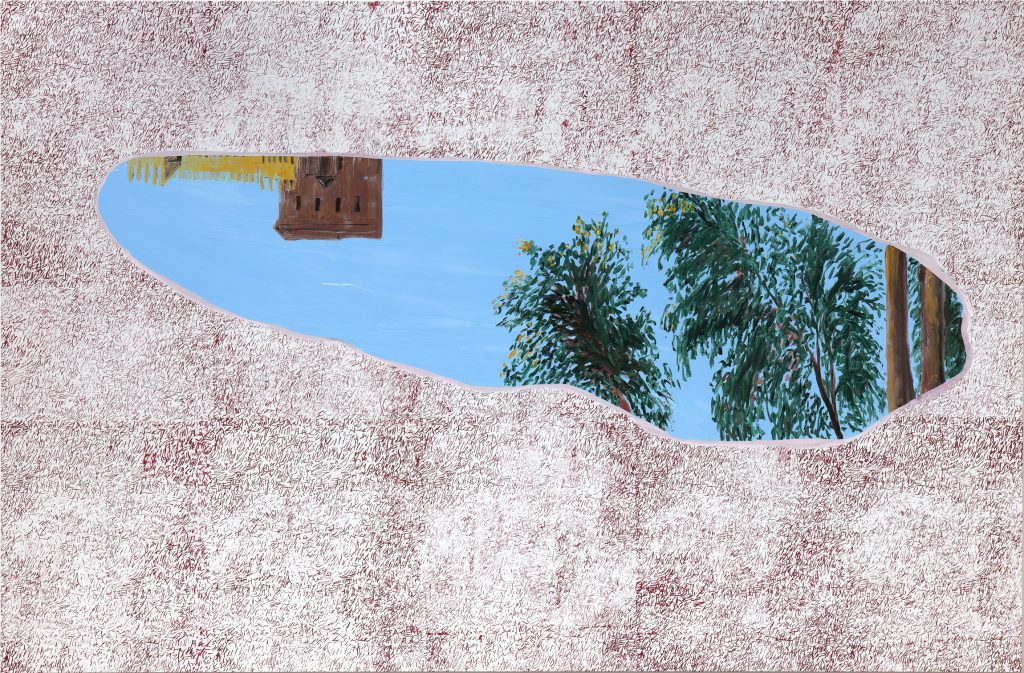 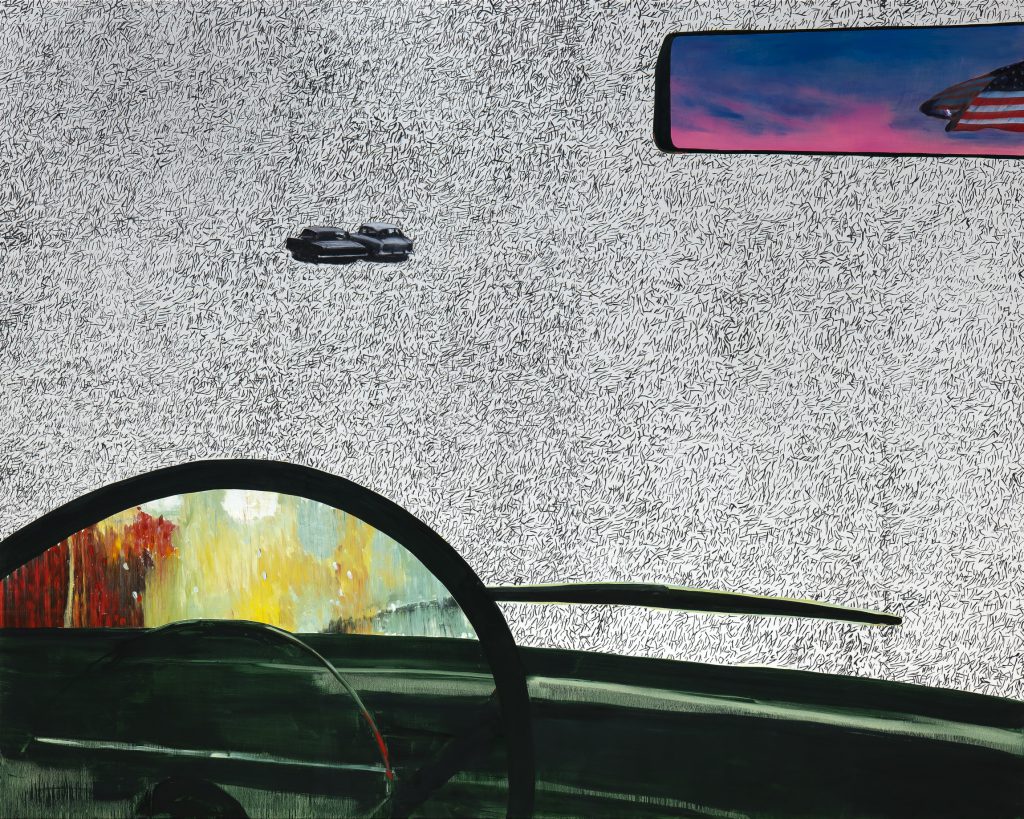 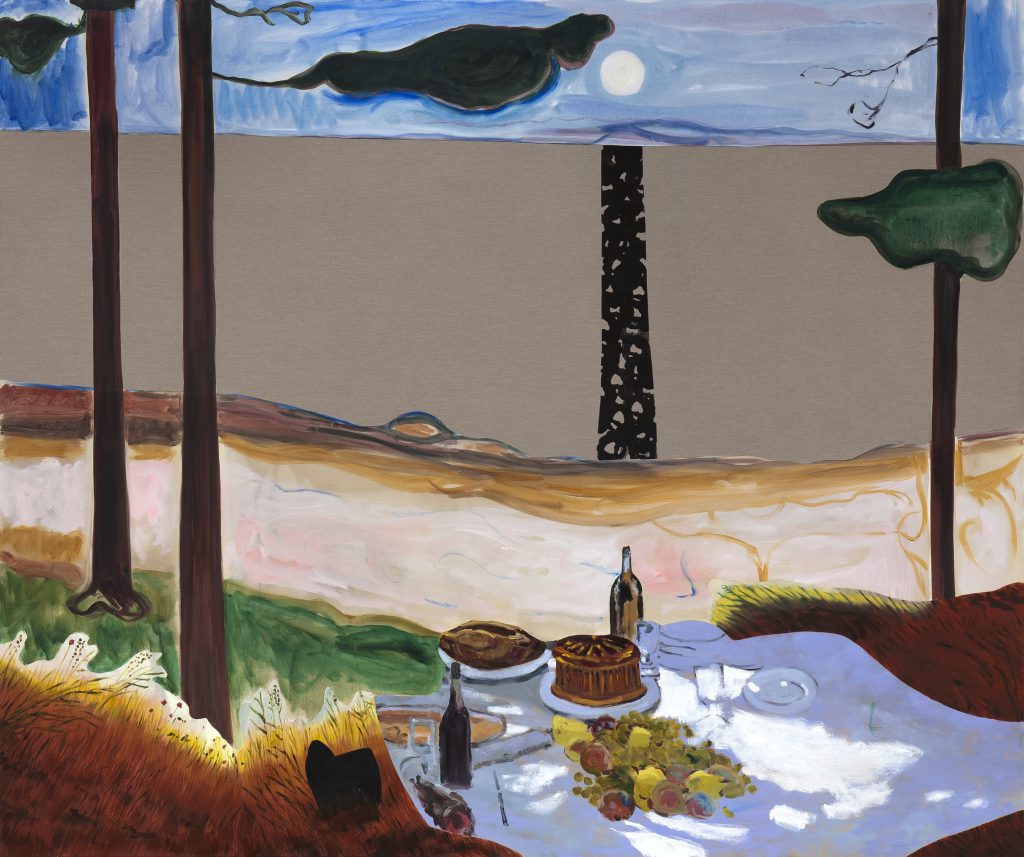 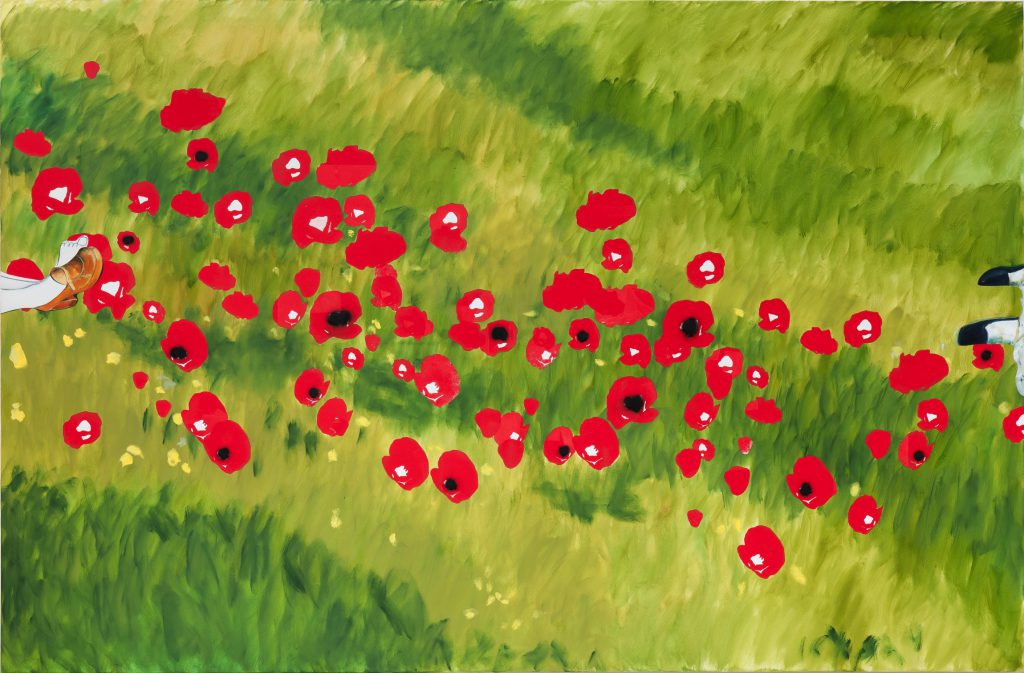 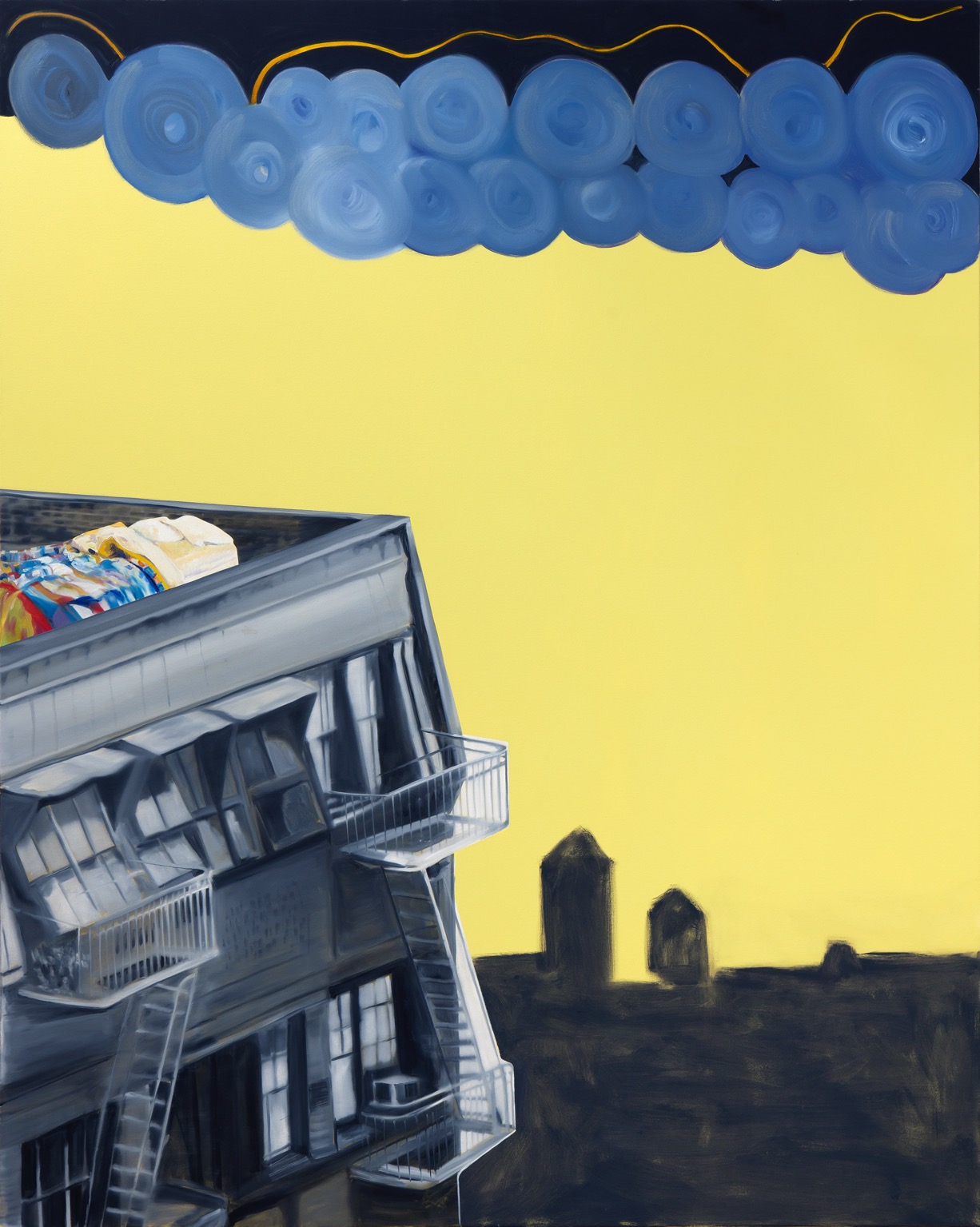 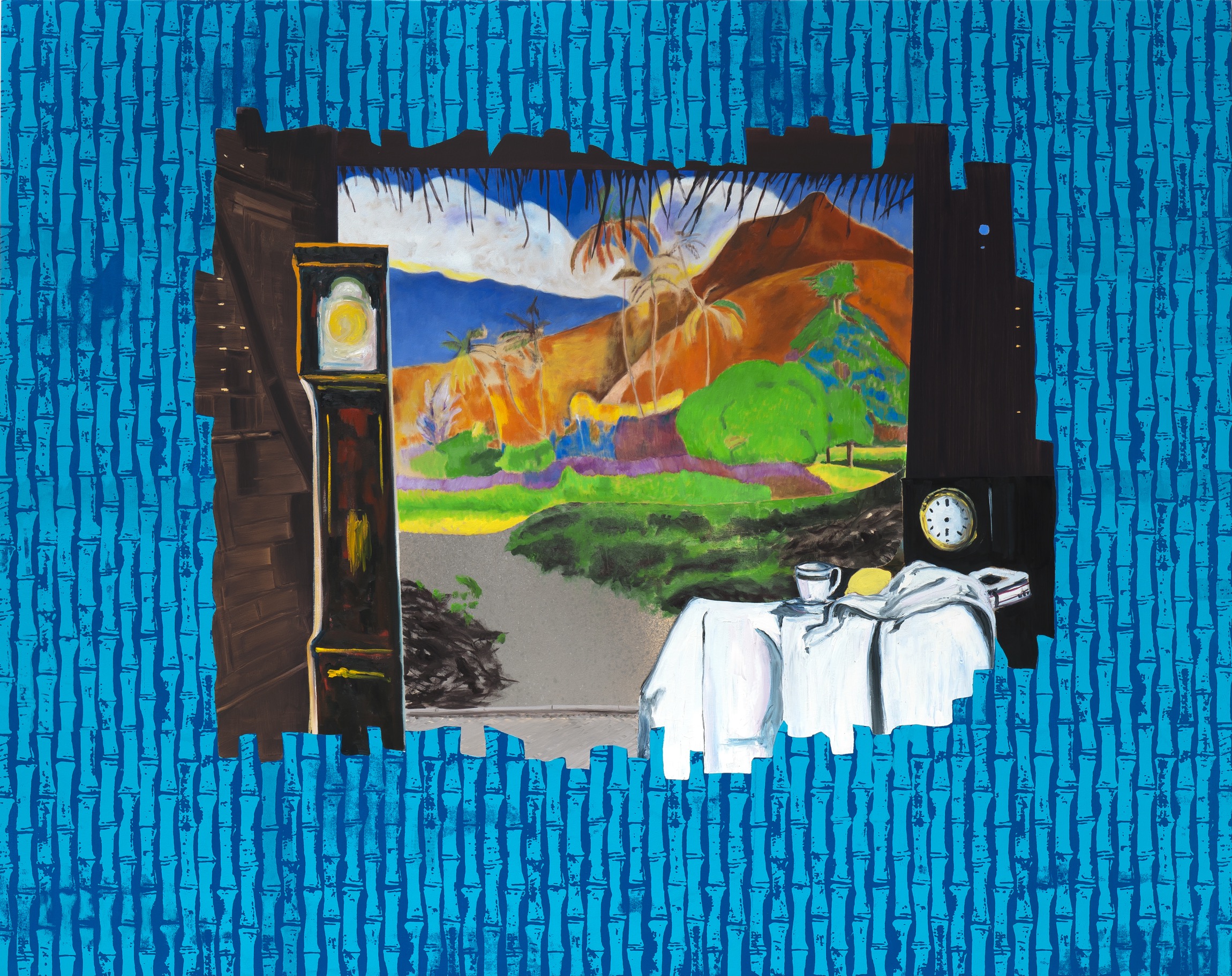 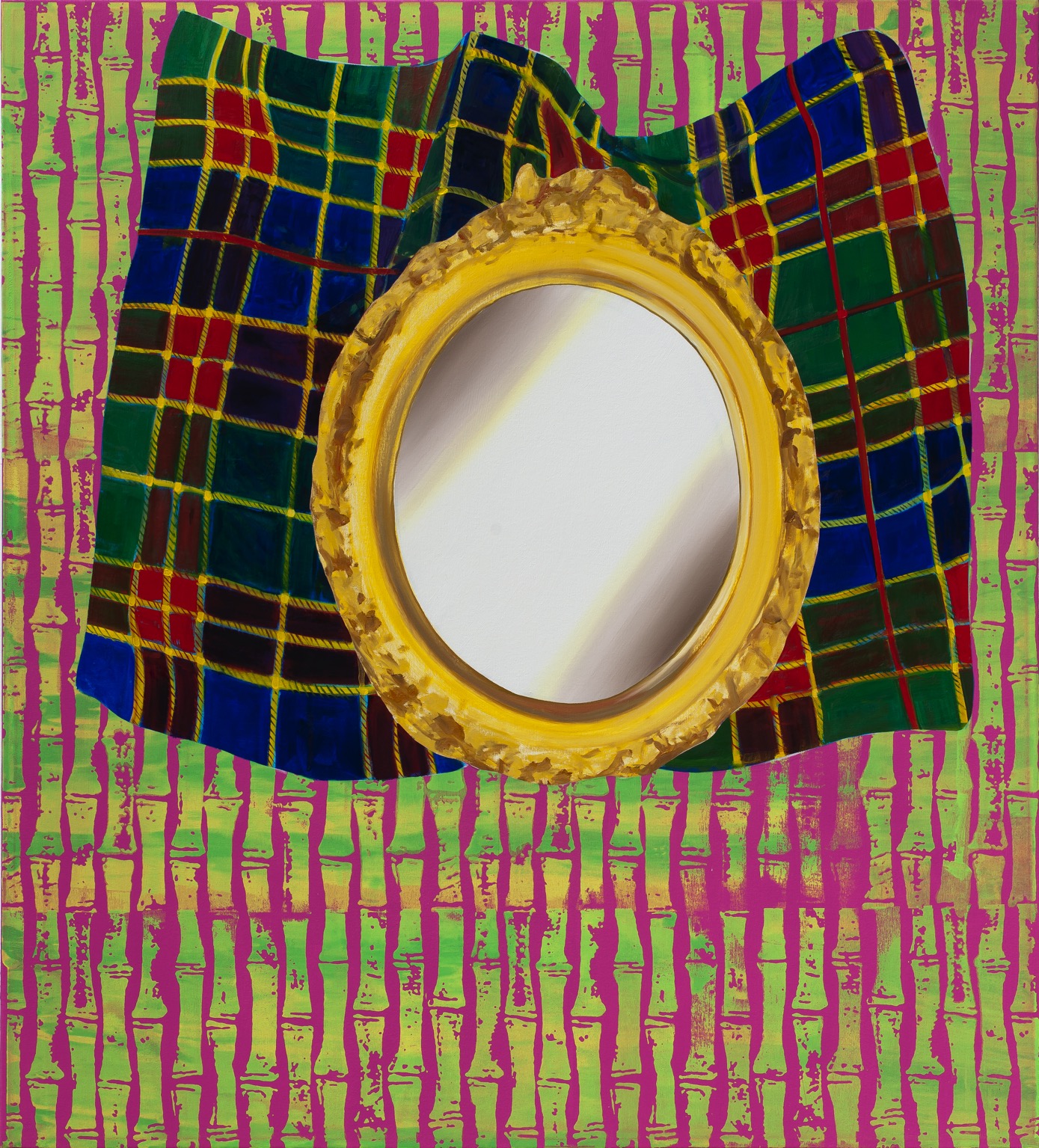 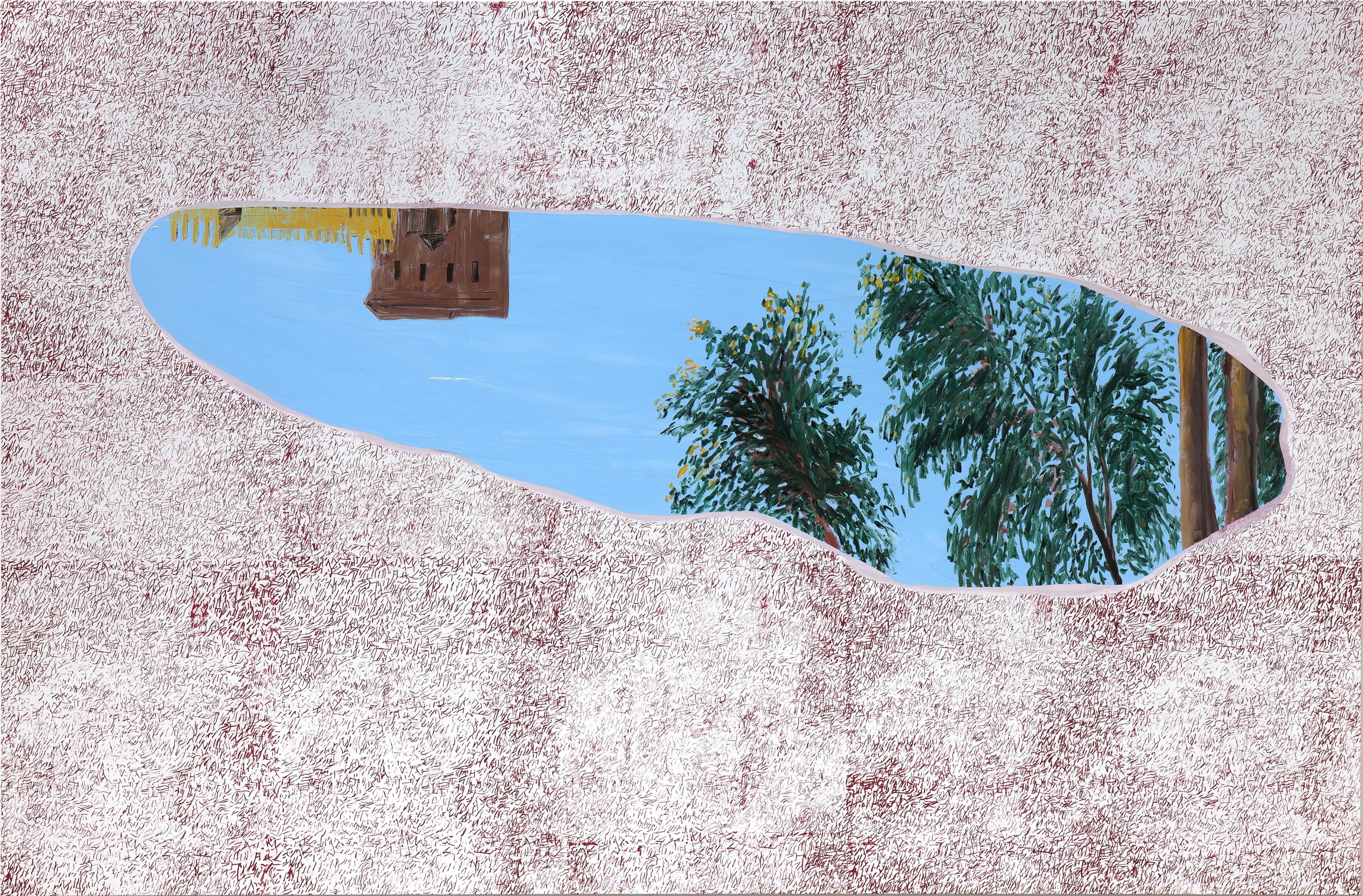 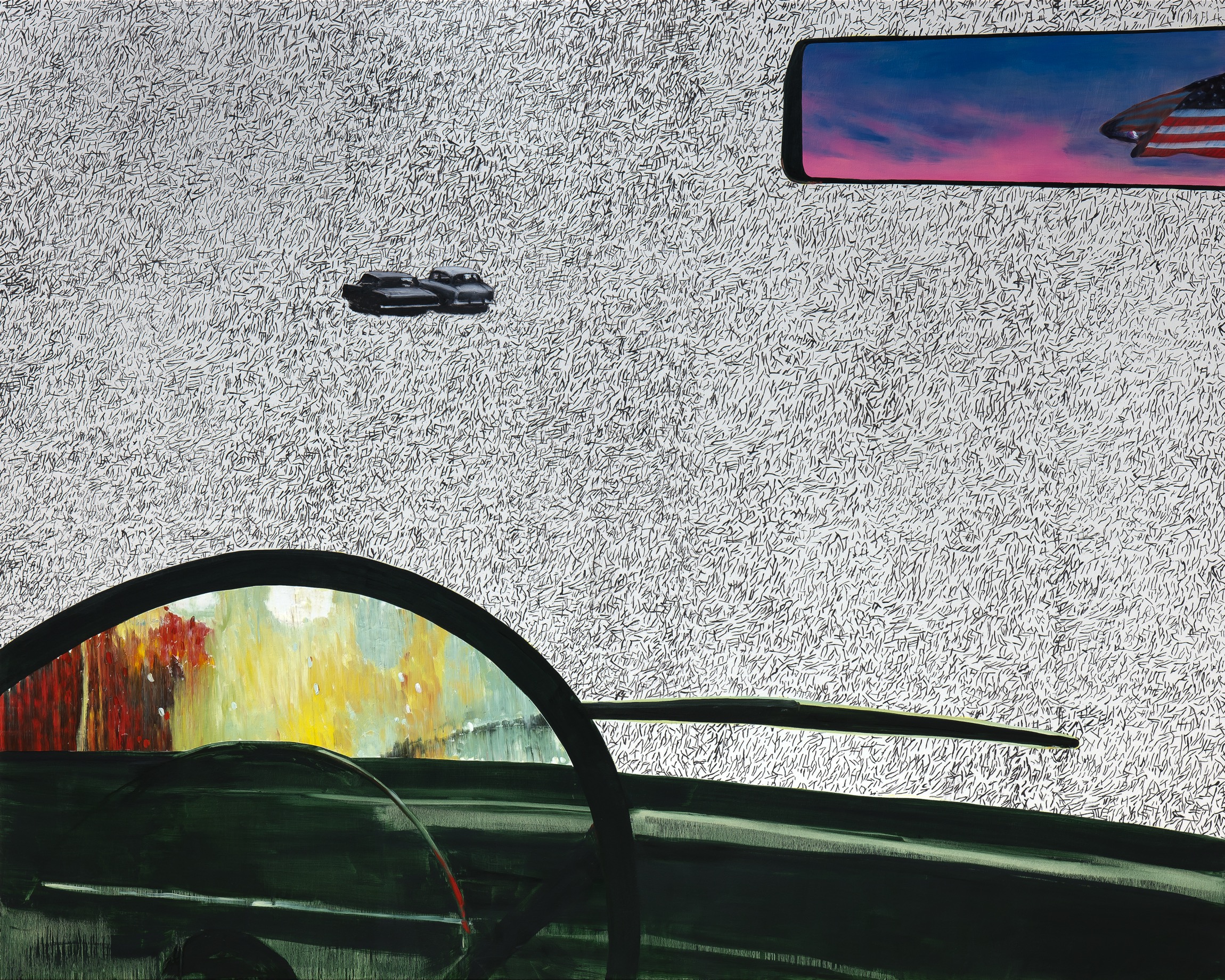 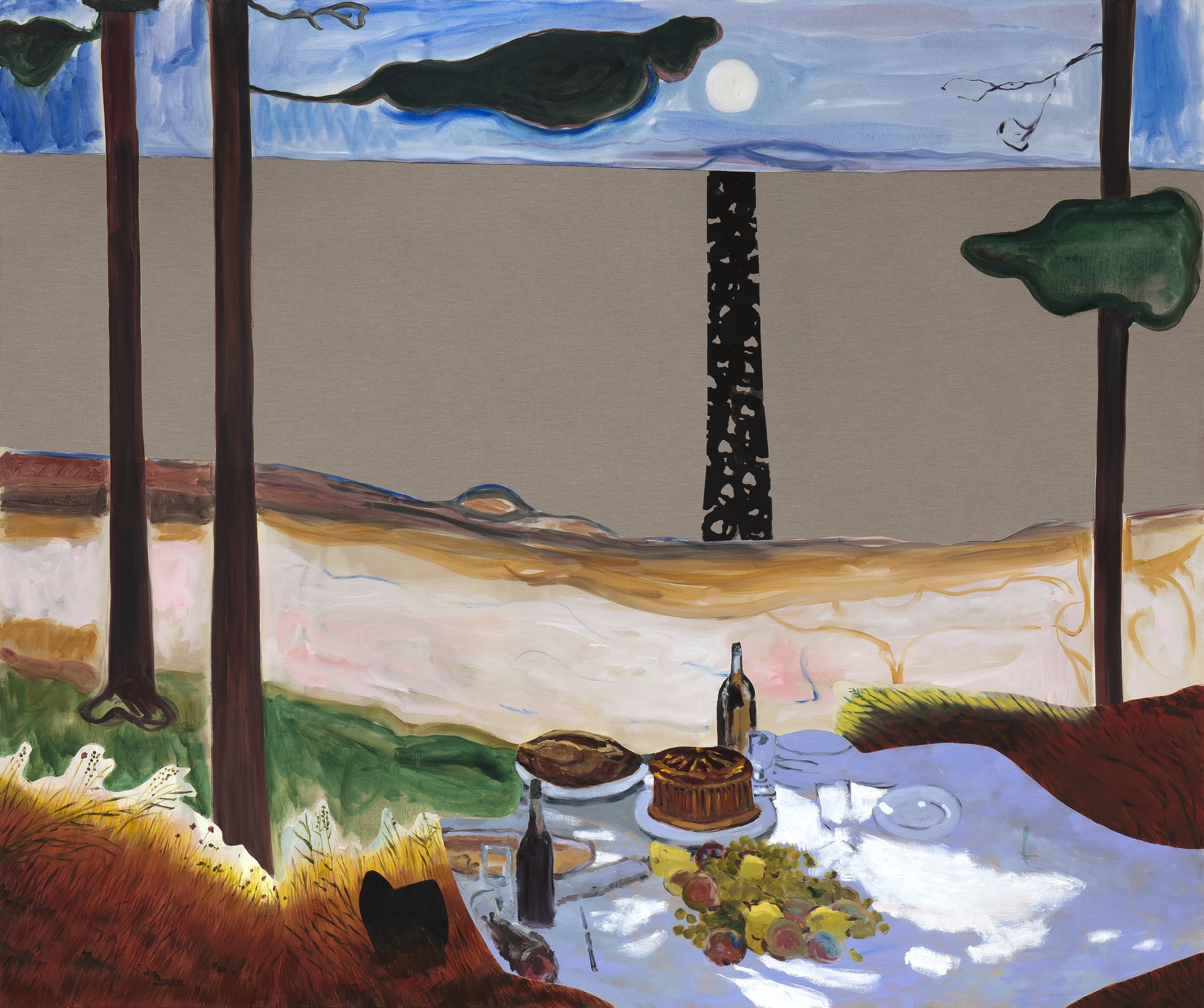 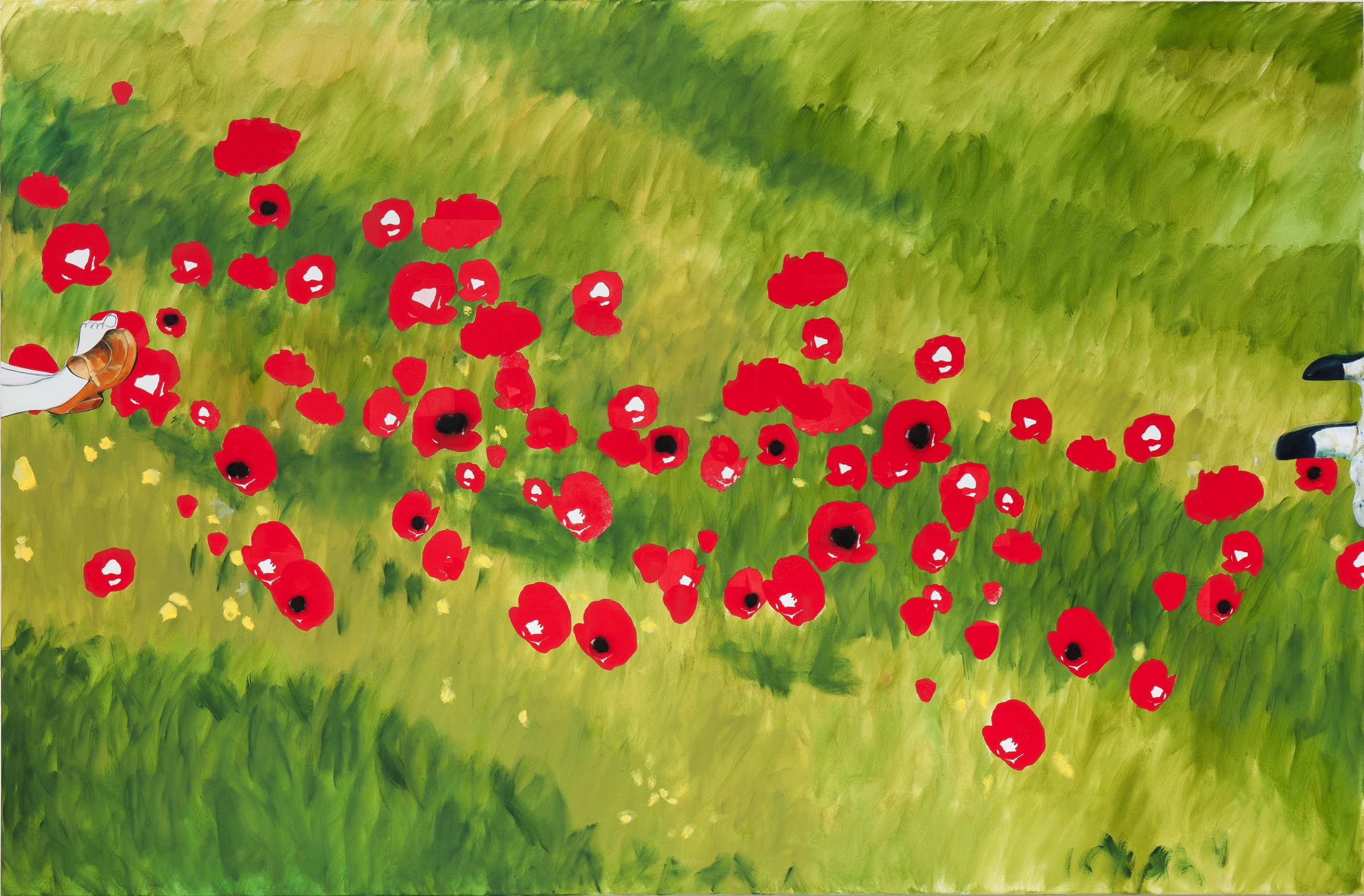 Nolan Judin are very pleased to open their new space with an exhibition of paintings by British artist Dexter Dalwood – his first comprehensive exhibition in Germany to date. As the title Dichter und Drogen (Poets and Drugs) suggests, the ten large-format paintings explore the intimate relationship between drugs and creativity and bring to the viewer’s mind the vital role that drug use and intoxication have played in the lives of many of the figures Dalwood alludes to. By the same token, poetry has been a vital element in Dalwood’s life and paintings referring to poets and writers have lined his oeuvre from the beginning. In this new series, some works take their titles from poets’ names – other titles evoke situations.

Heinrich von Kleist refers to the double suicide of the German poet and his friend, Henriette Vogel, exactly 200 years ago. Dalwood recalls a landscape Caspar David Friedrich painted shortly after Kleist’s death and the picnic from Monet’s version of “Le déjeuner sur l’herbe”. Despite the preciseness of these citations, everything remains at the level of suggestion and discloses little information about time or place.

In Robert Louis Stevenson we look at a mirror, draped in dark tartan, that no longer reflects. In the Scottish author’s best know story, respectable Dr. Jekyll famously transforms into the hideous monster Mr. Hyde by taking a drug, a white powder Jekyll has developed. Several of his biographers have theorized that Stevenson’s consumption of cocaine was the basis of this fiction, pointing to the fact that Stevenson wrote the story so quickly, despite his physical debility, and reported being exhilarated instead of exhausted by the experience.

Auden is more difficult to decipher. It takes it’s title from the English poet Wystan Hugh Auden, who described the painting “Icarus” by Pieter Bruegel the Elder in his famous poem “Musée des Beaux Arts”. But in Dalwood’s painting, the reflection of a building and a group of trees in an irregularly shaped pond also hint at Poussin’s “Orpheus and Eurydice”. For more than twenty years, W.H. Auden took Benzedrine every morning, depending on its euphoric stimulant effect, to start the process of writing.

Even more mysterious is the boldly coloured Two Girls in a Poppy Field. The obvious reference to Claude Monet’s delightful “Poppy Field near Argenteuil” is undermined by the presence of two pairs of legs. The shoes and stockings remind us of Courbet’s “Two Ladies on the Banks of the Seine” – an other decisively sweet composition. What makes us assume the worst – that the attached bodies, which we cannot see, are cold and stiff?

Other paintings in the exhibition refer to poets such as Ezra Pound, Arthur Rimbaud, Robert Lowell, Samuel Taylor Coleridge and Stevie Smith.

Born in Bristol in 1960, Dexter Dalwood was a member of the punk rock band The Cortinas before becoming an artist. Music has remained an important source of inspiration for his paintings—as has poetry. Dalwood studied at St. Martins School of Art and at the Royal College of Art in London and started exhibiting in the early 1990s. In 1998, his work was part of the critically acclaimed show of new British art, “Die Young Stay Pretty” at the ICA, London. In 1999 Dalwood’s paintings were included in the exhibition, “Neurotic Realism: Part Two” at the Saatchi Gallery in London. His work formed part of the 2002 Sydney Biennial and of “Days Like These” (Tate Triennial) in 2003. Tate St Ives mounted a much acclaimed mid-career retrospective in 2010. Dalwood was subsequently short listed for the 2010 Turner Prize. Since 2000, he is represented by Gagosian Gallery. 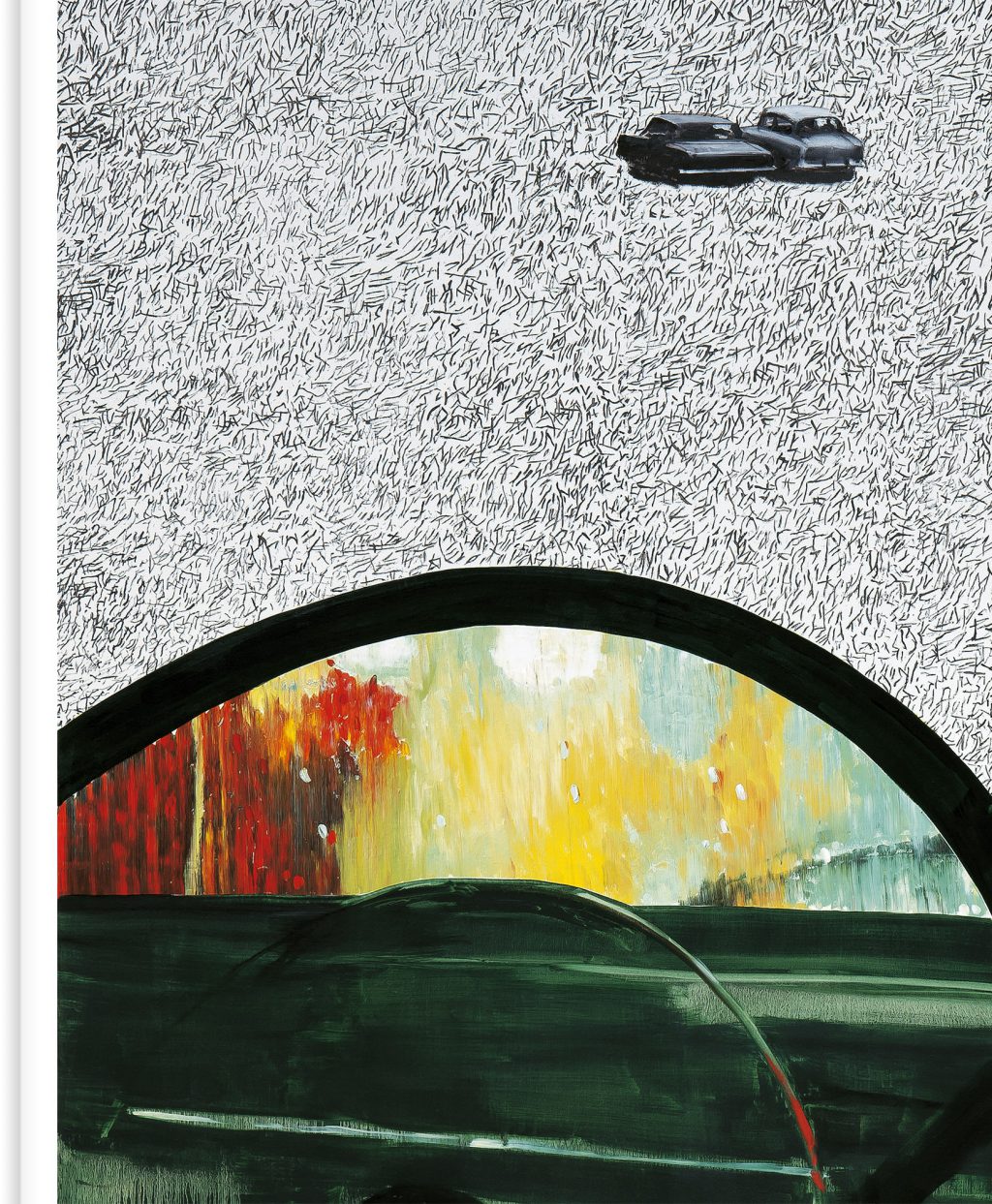