Christoph Hänsli
Mortadella and Other Works 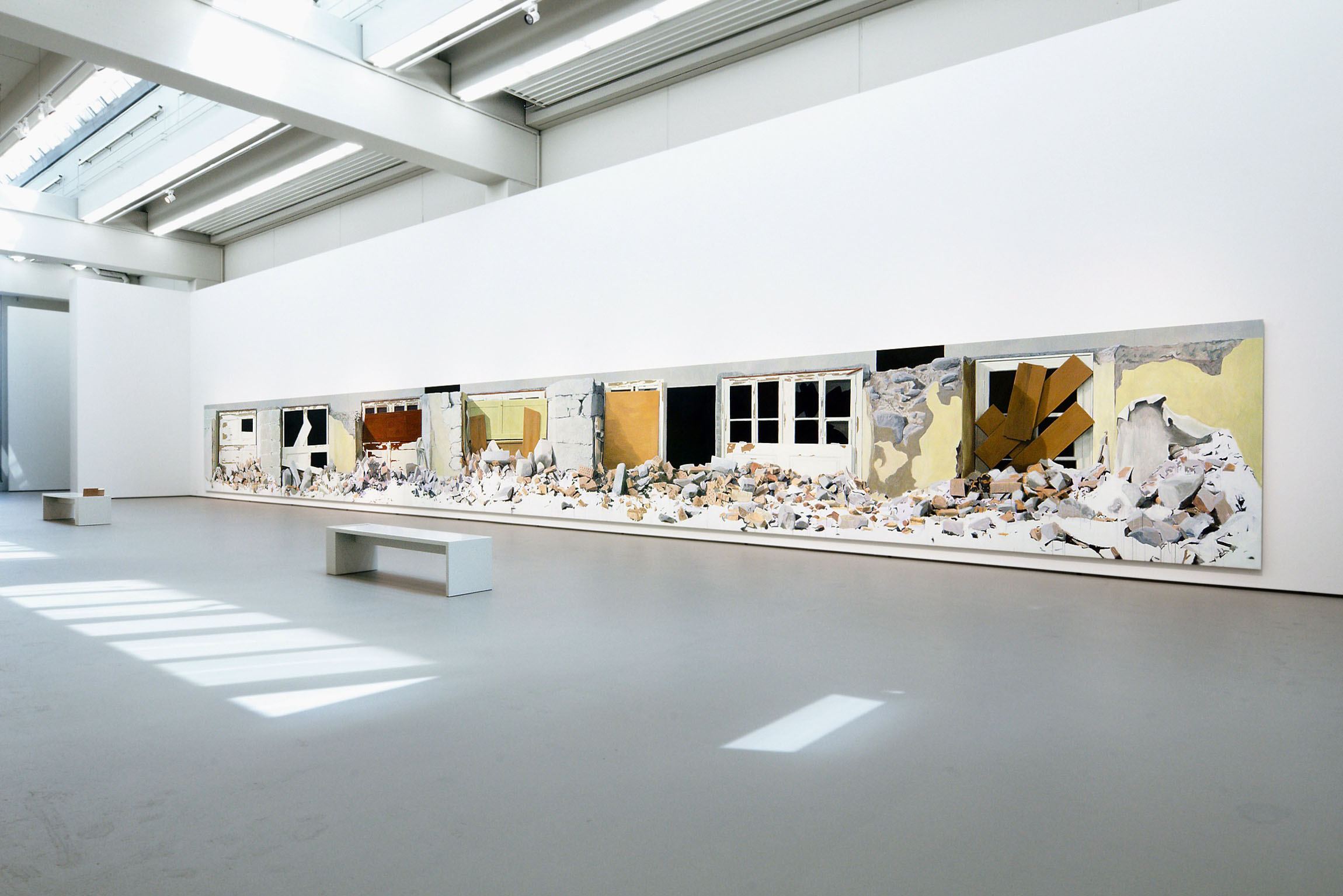 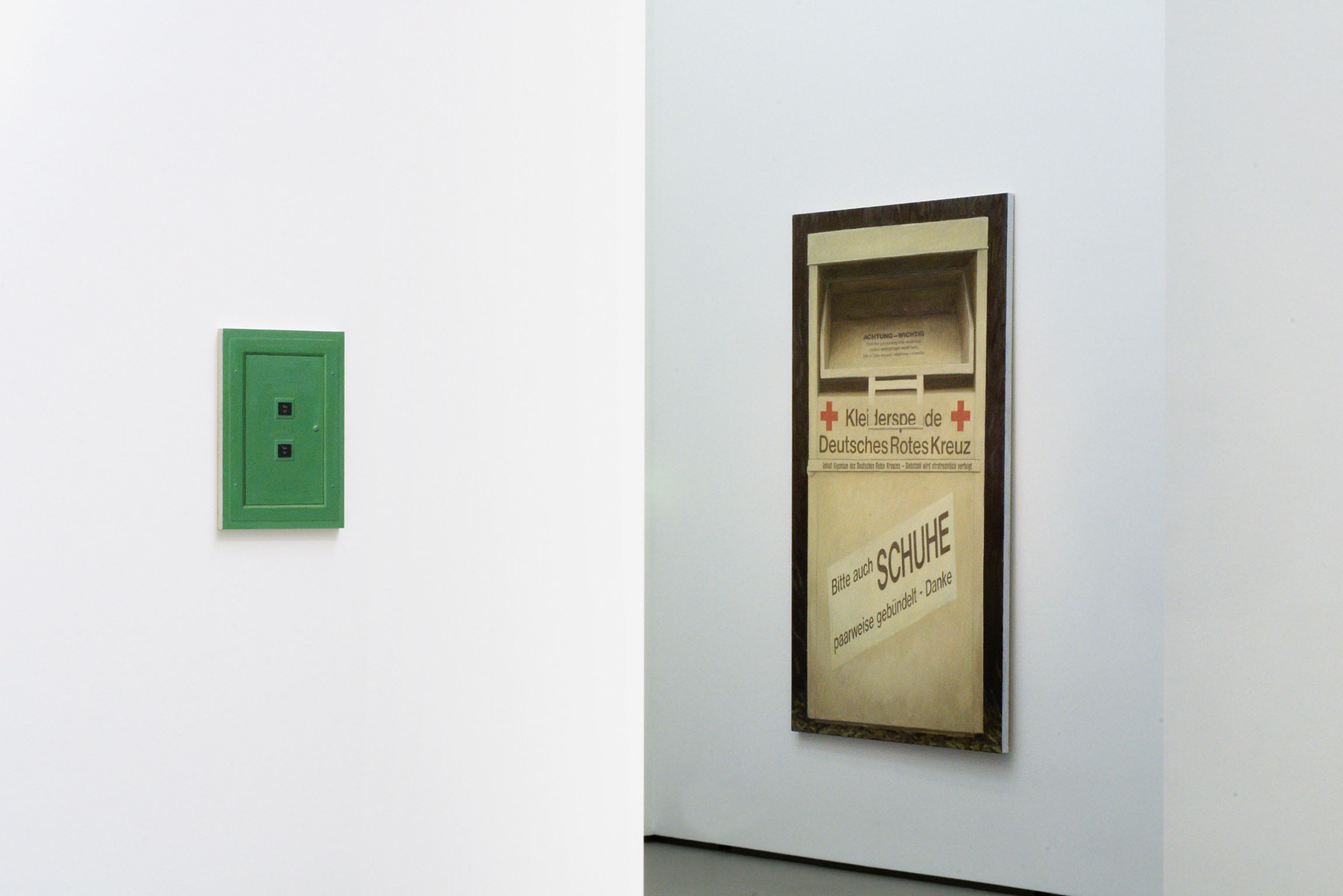 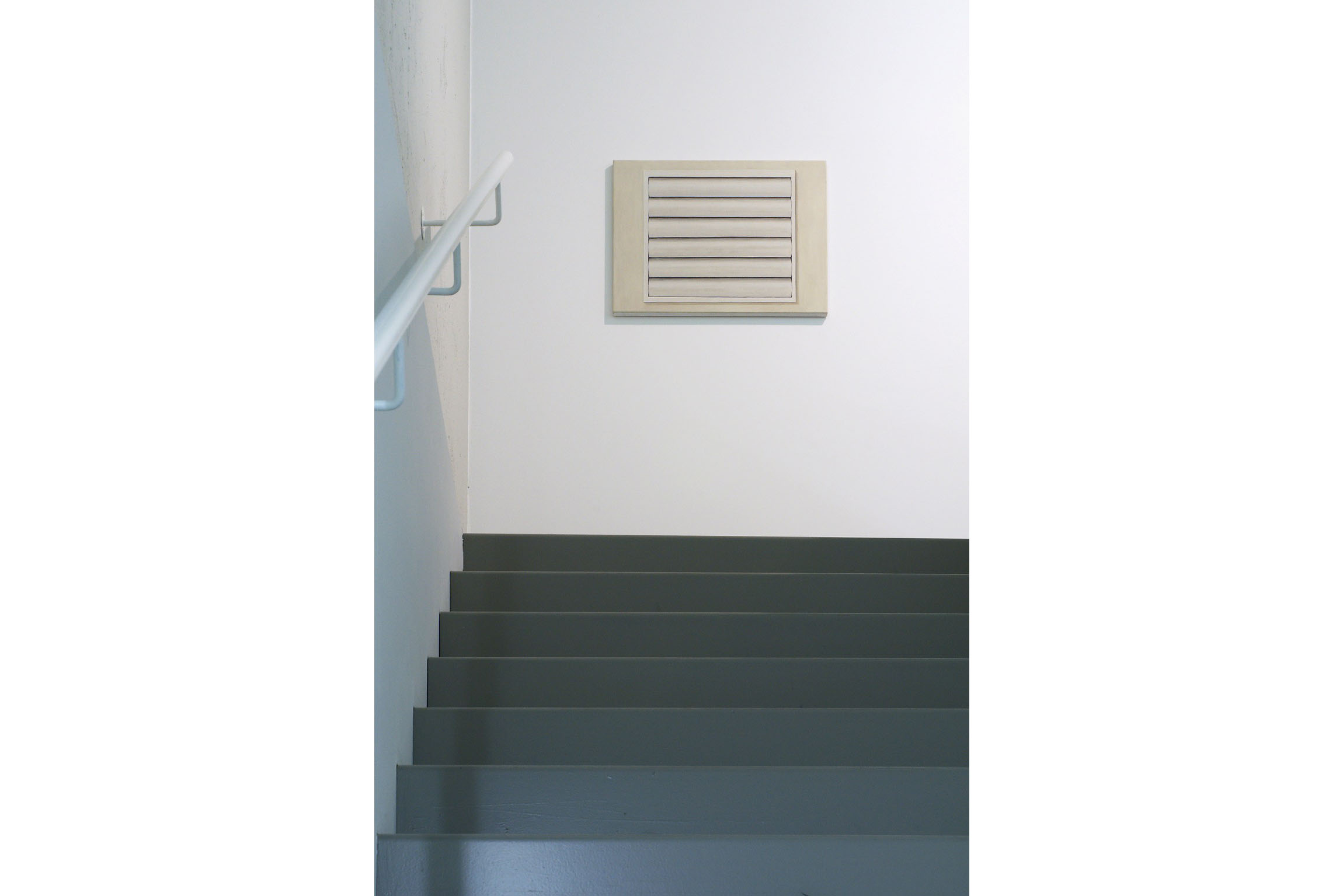 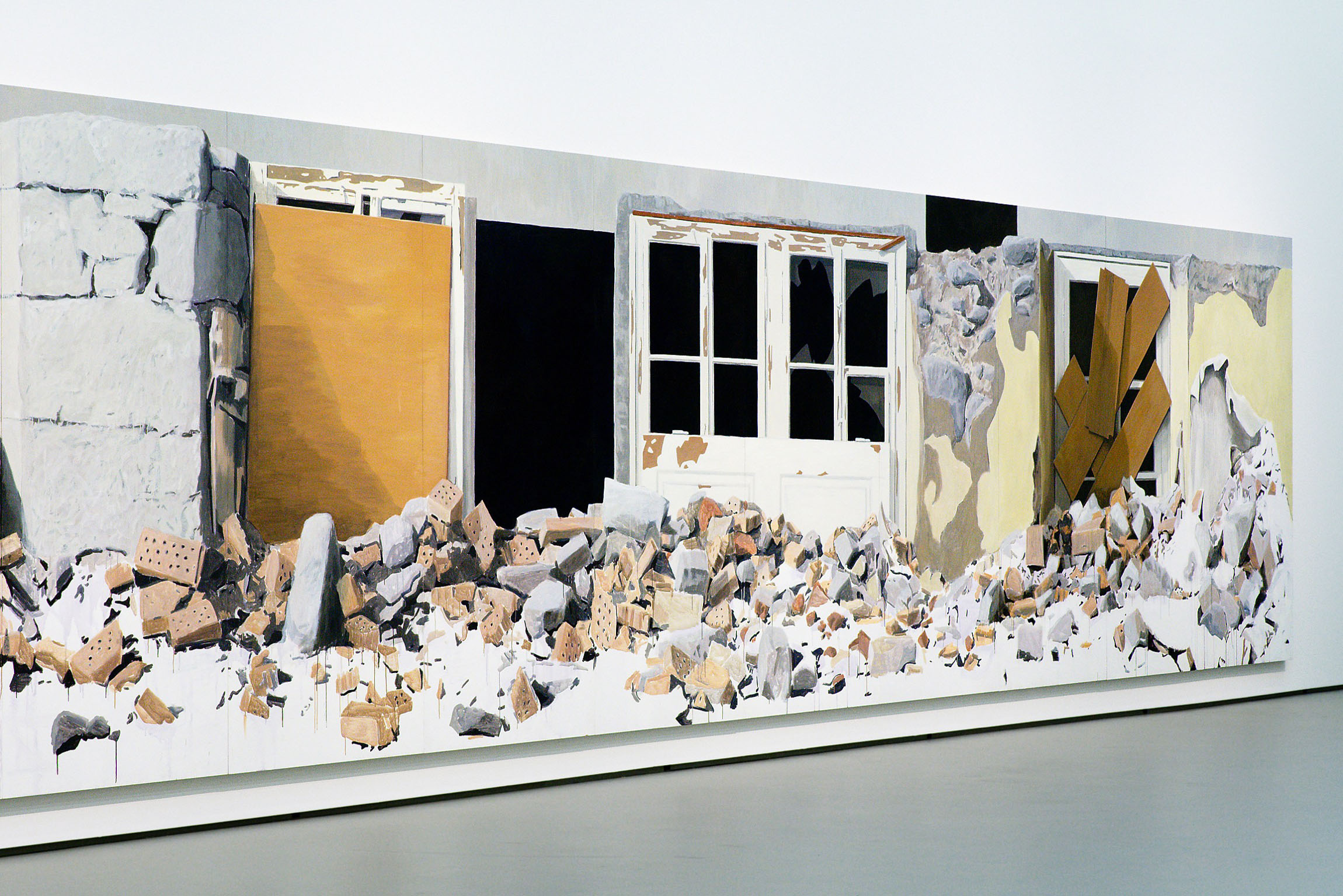 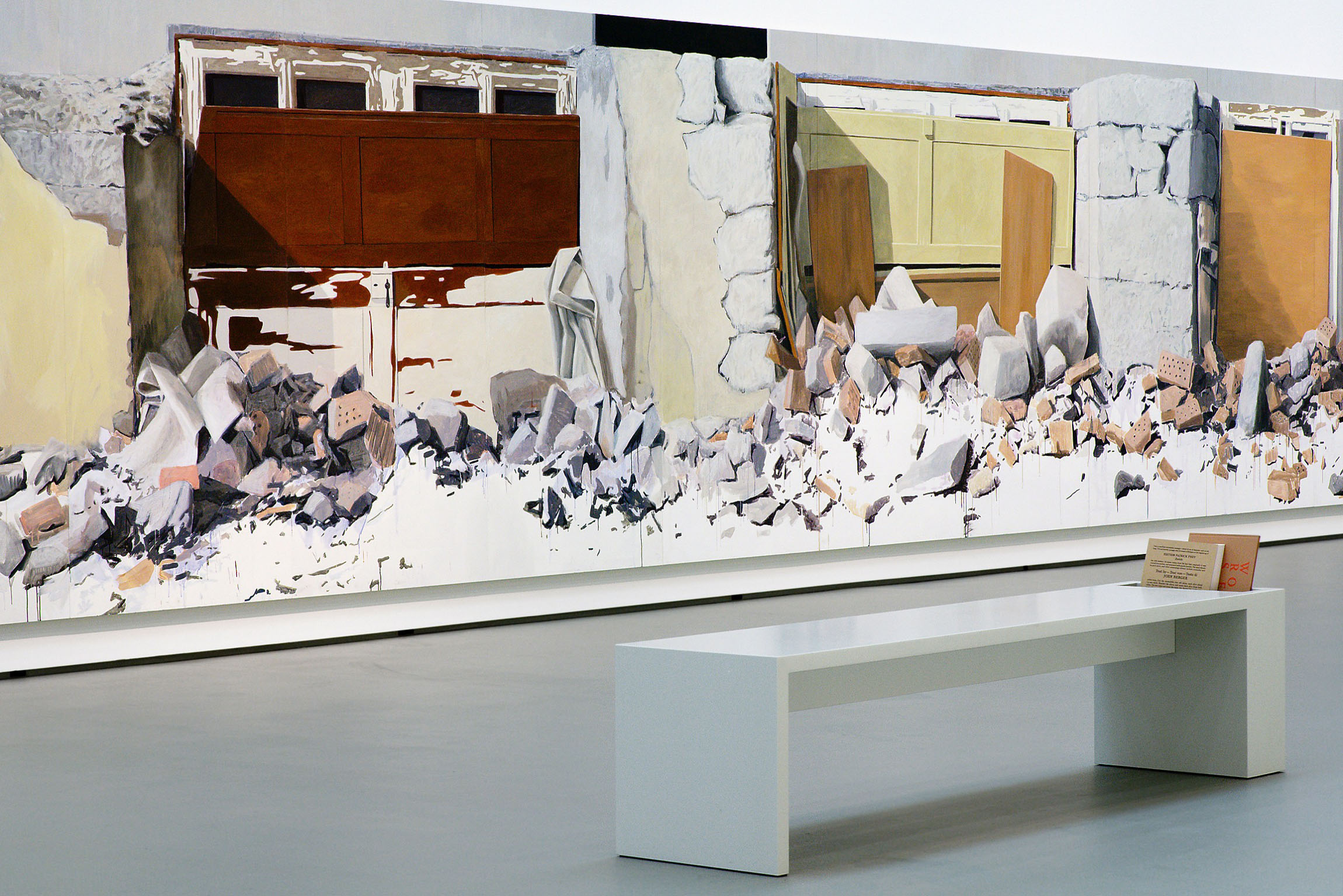 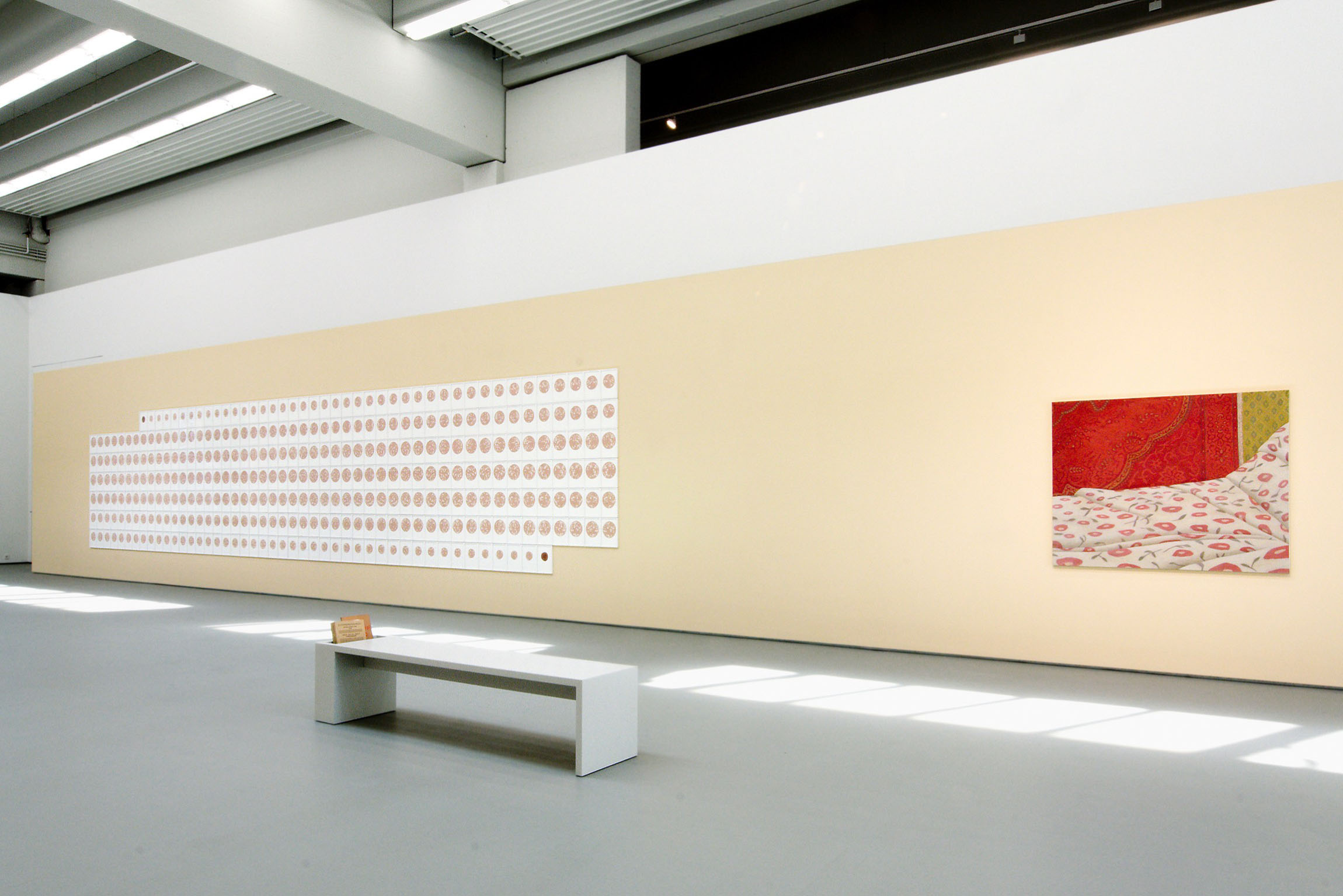 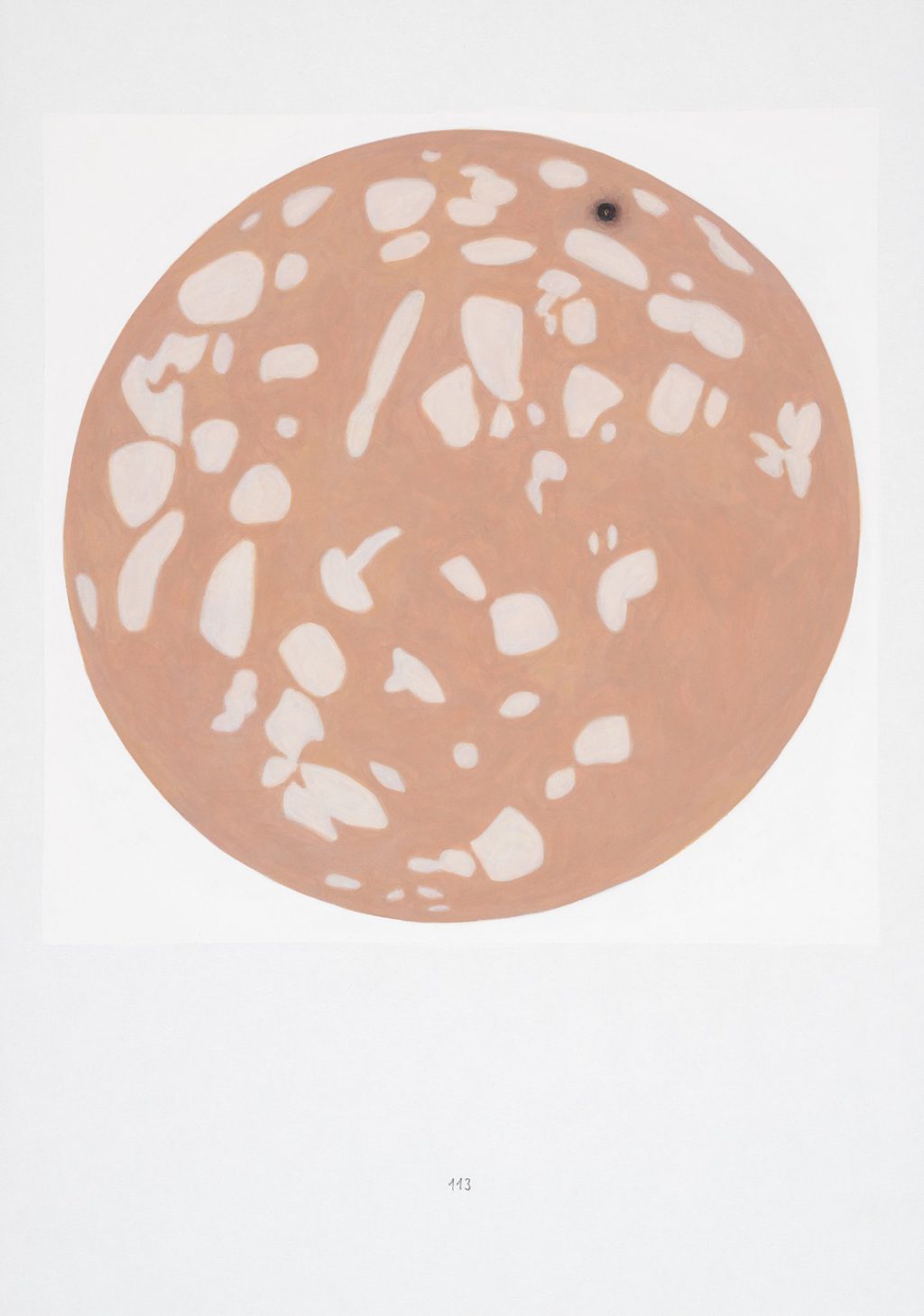 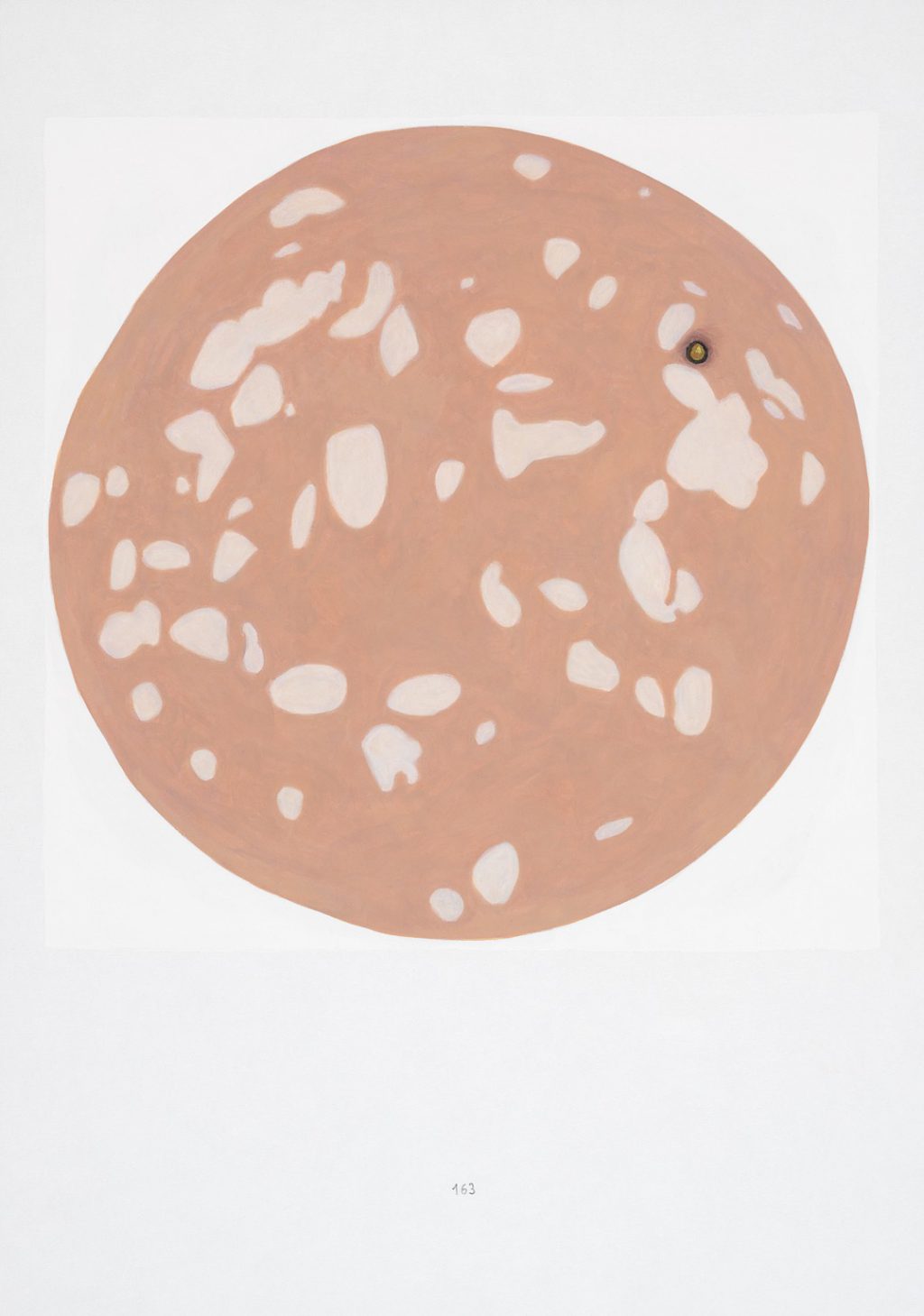 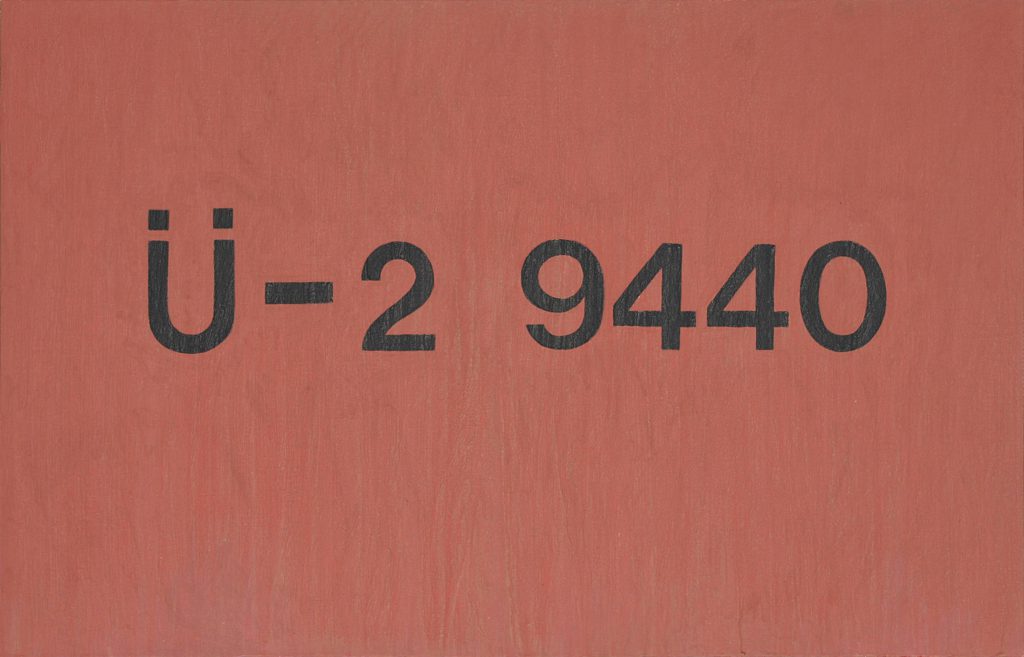 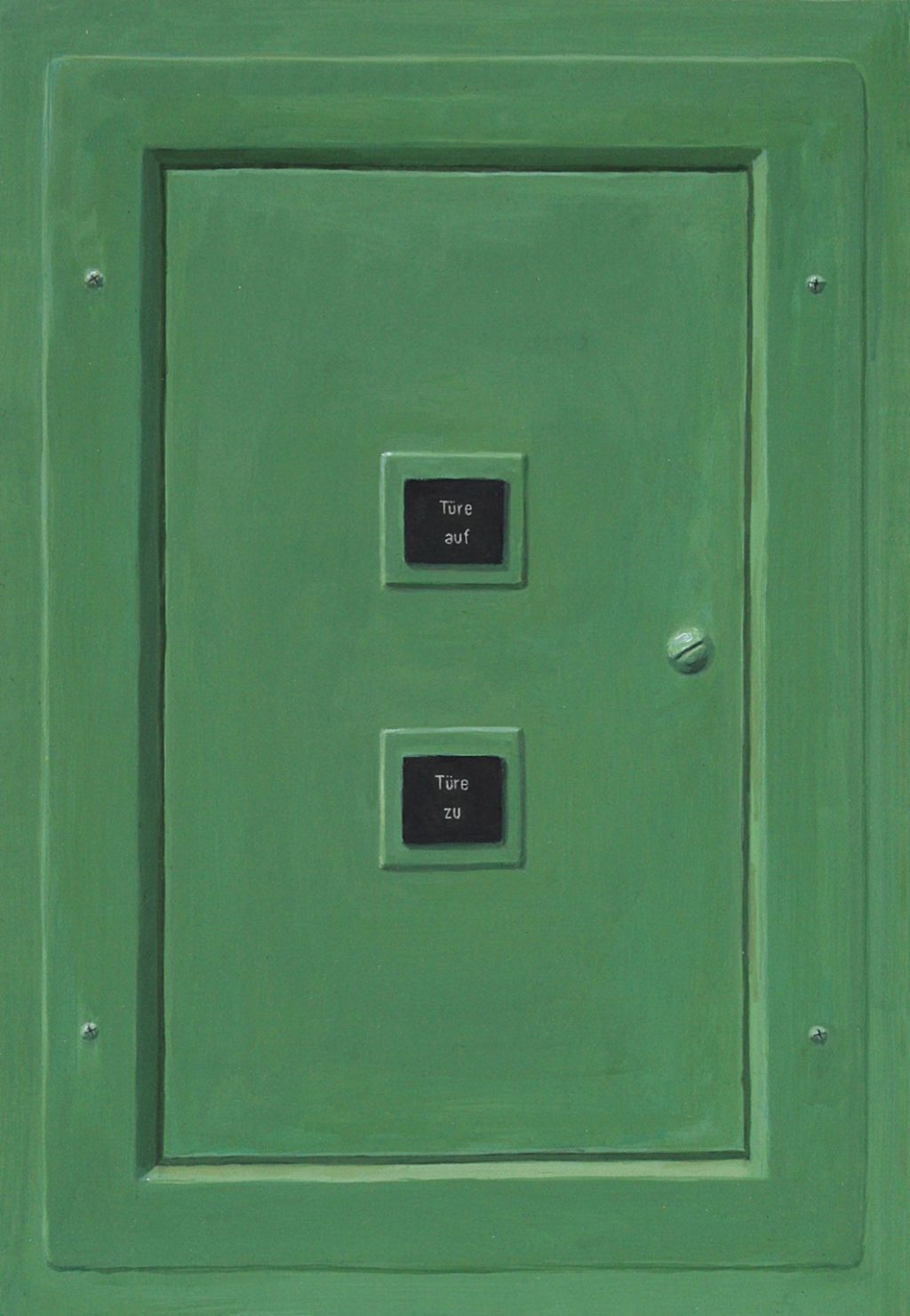 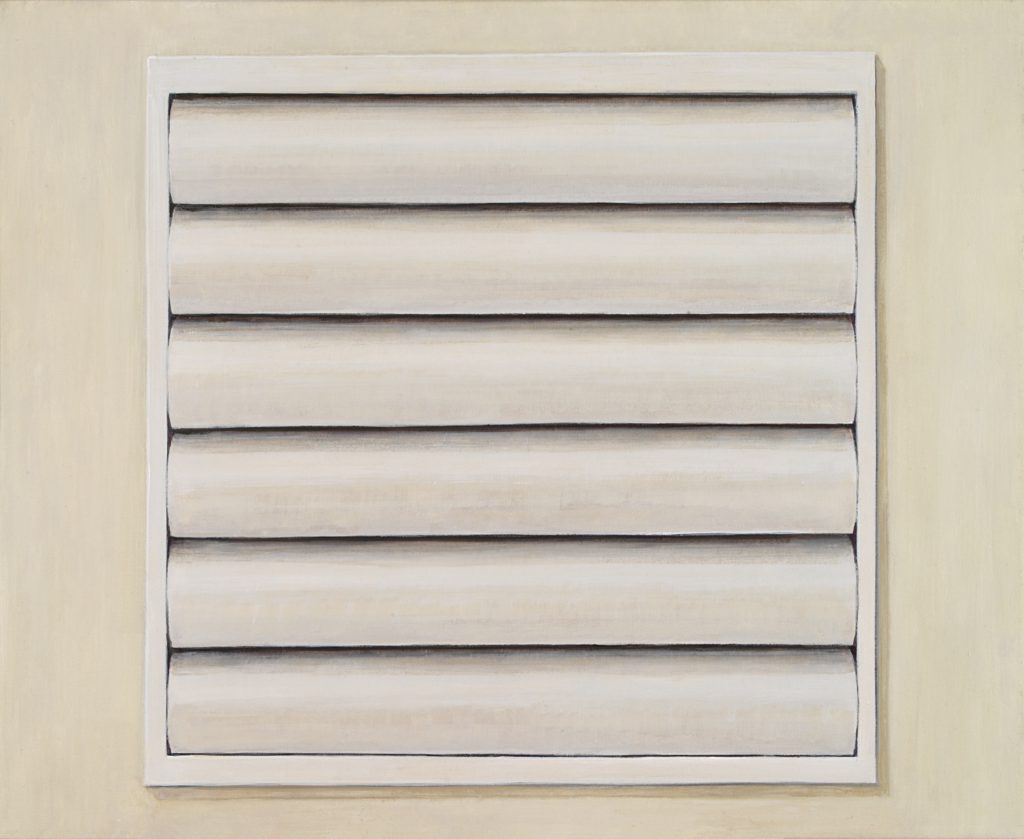 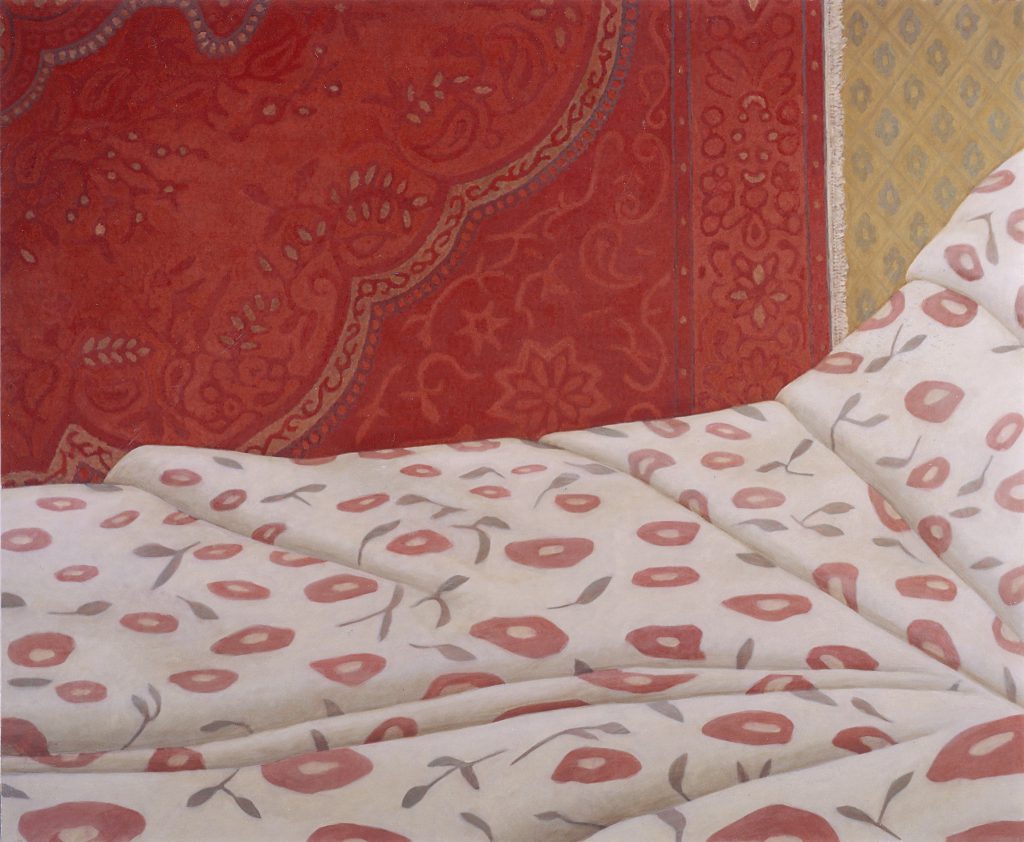 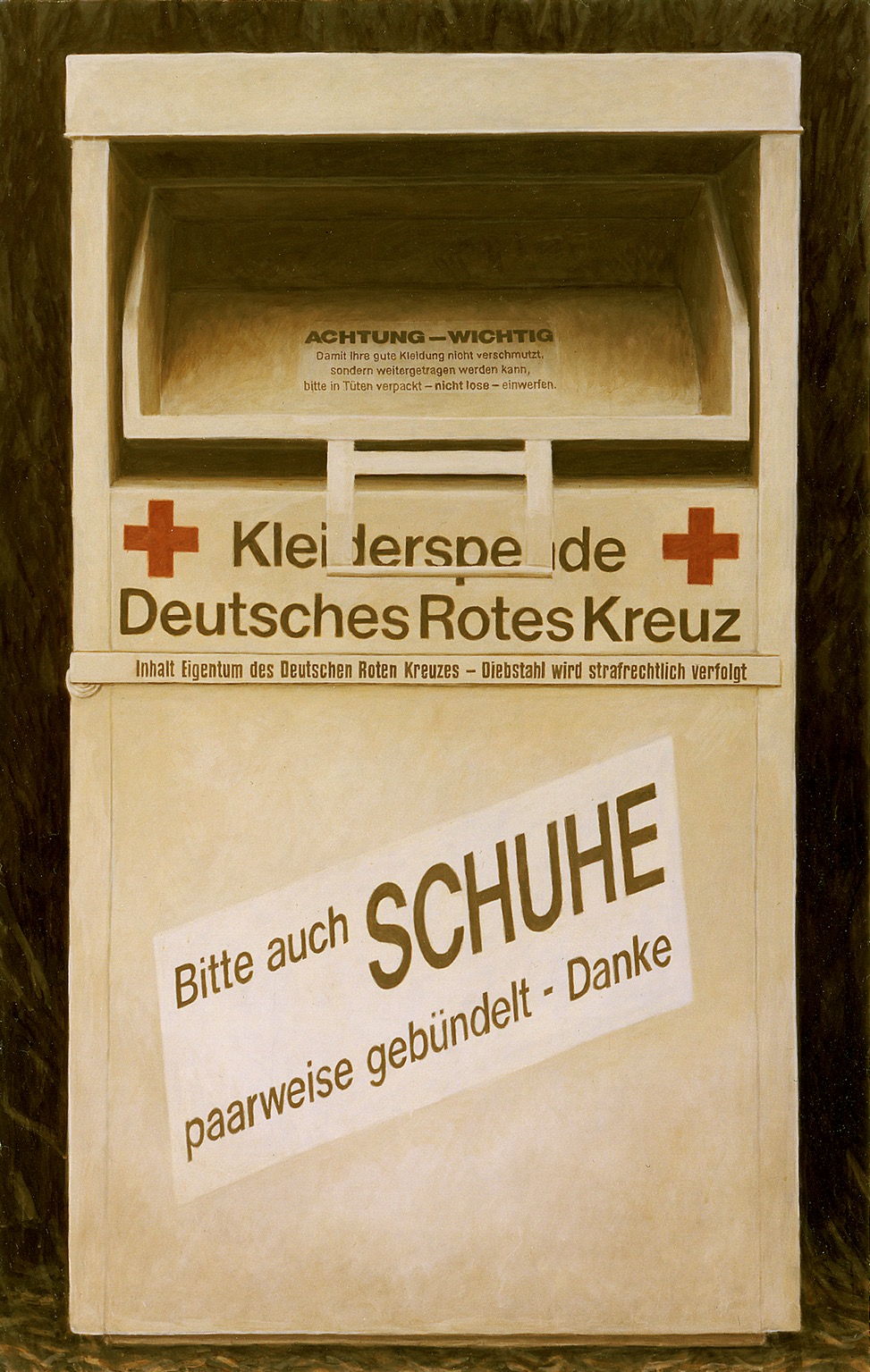 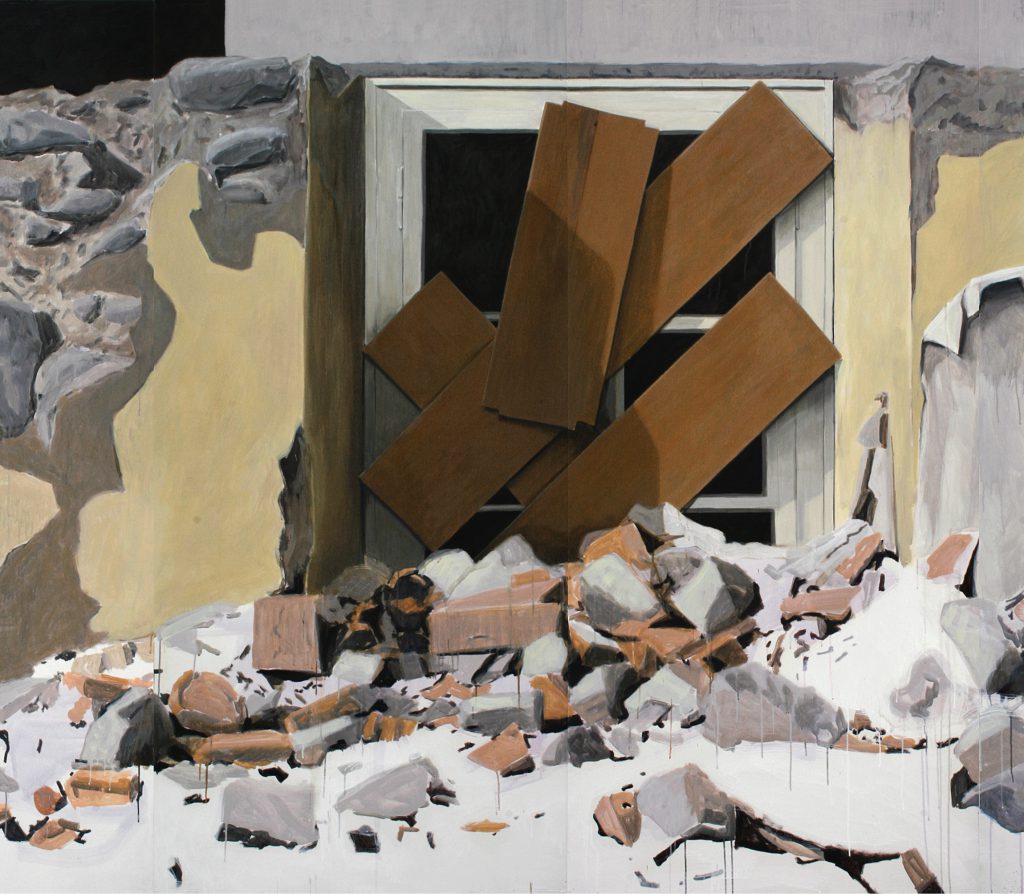 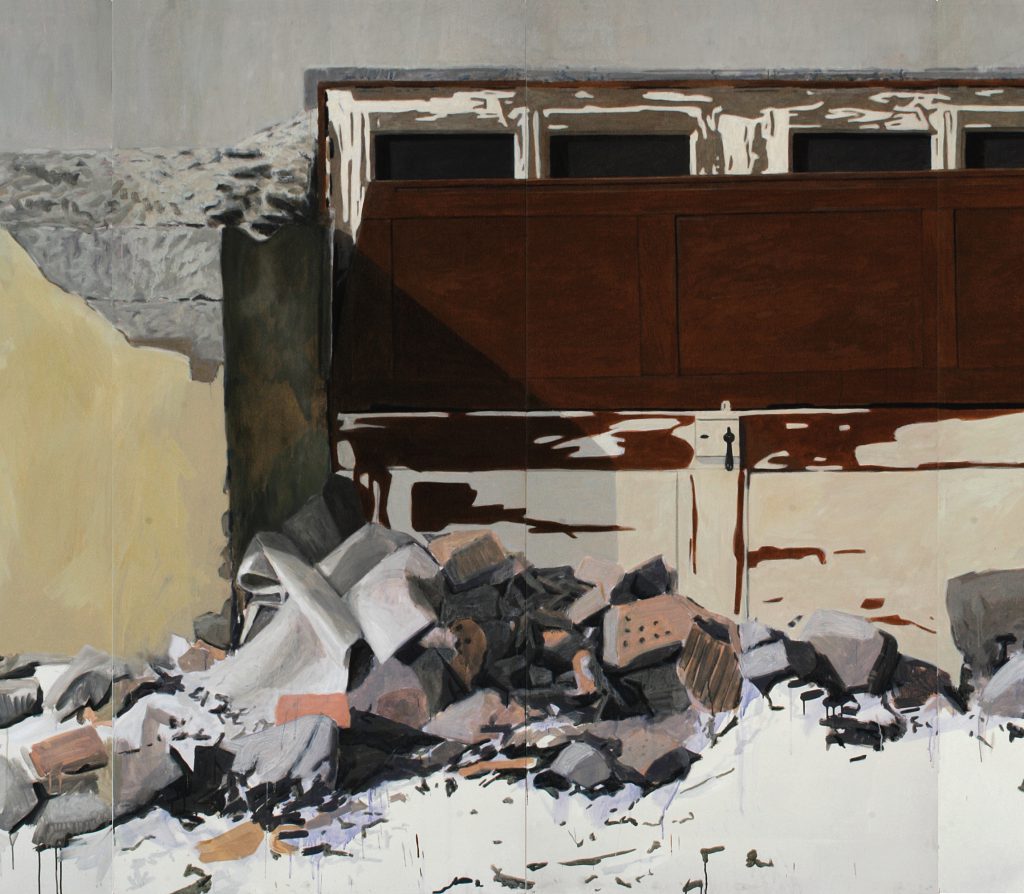 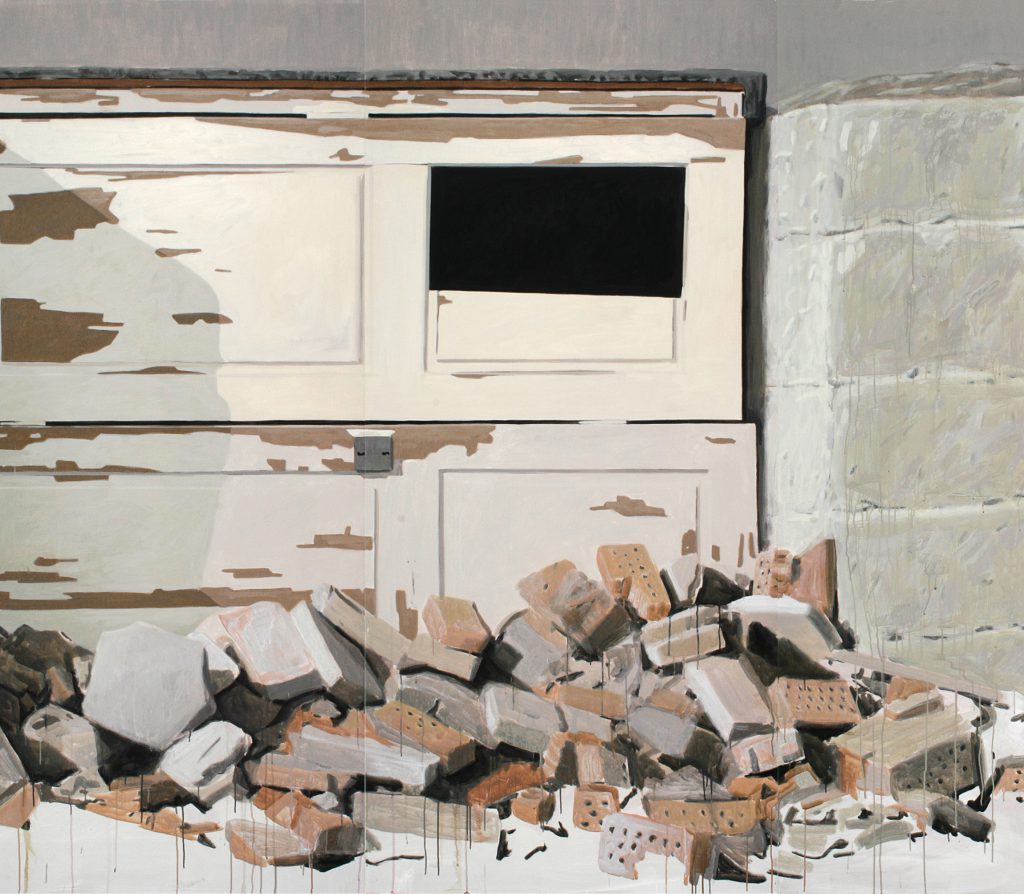 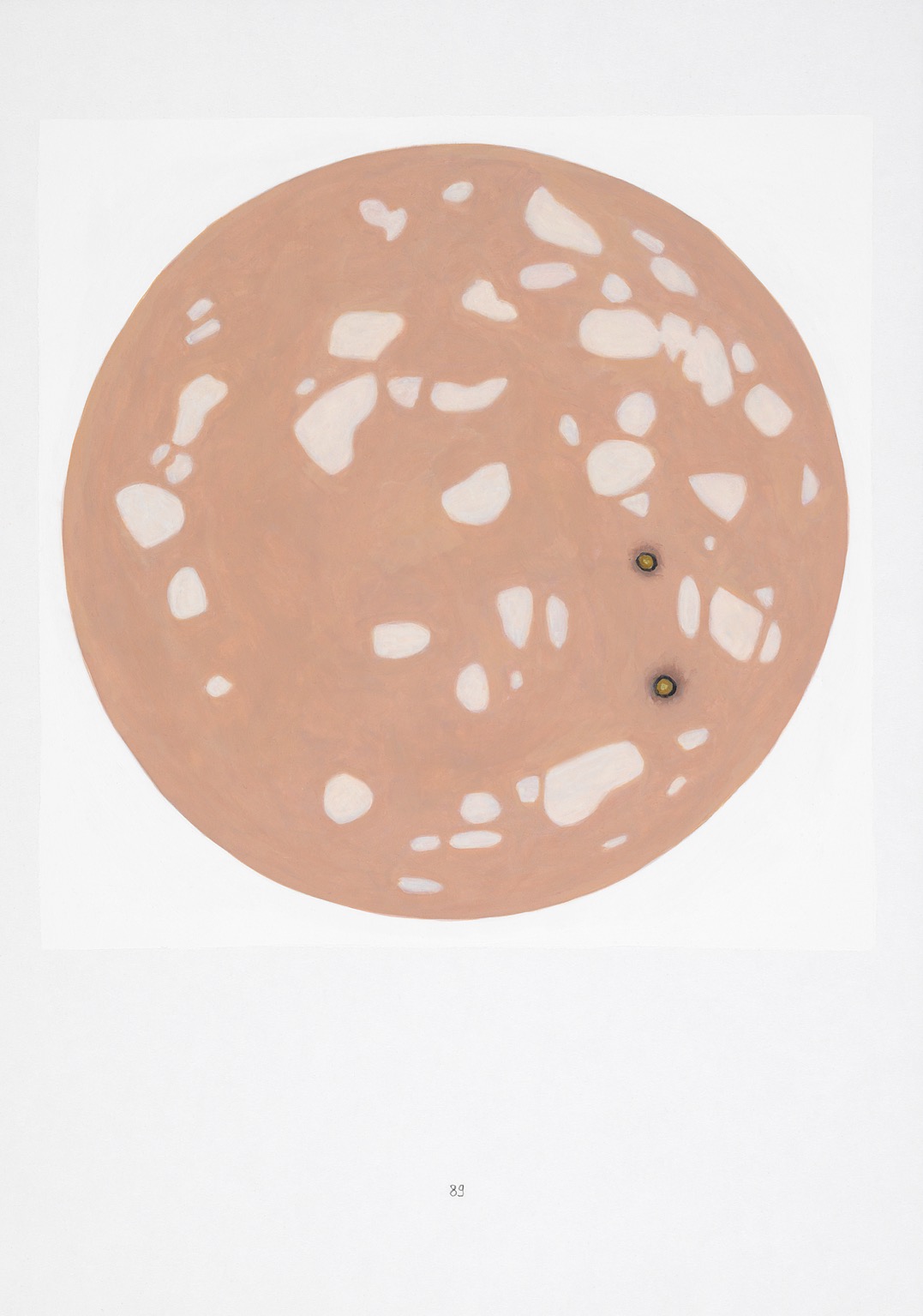 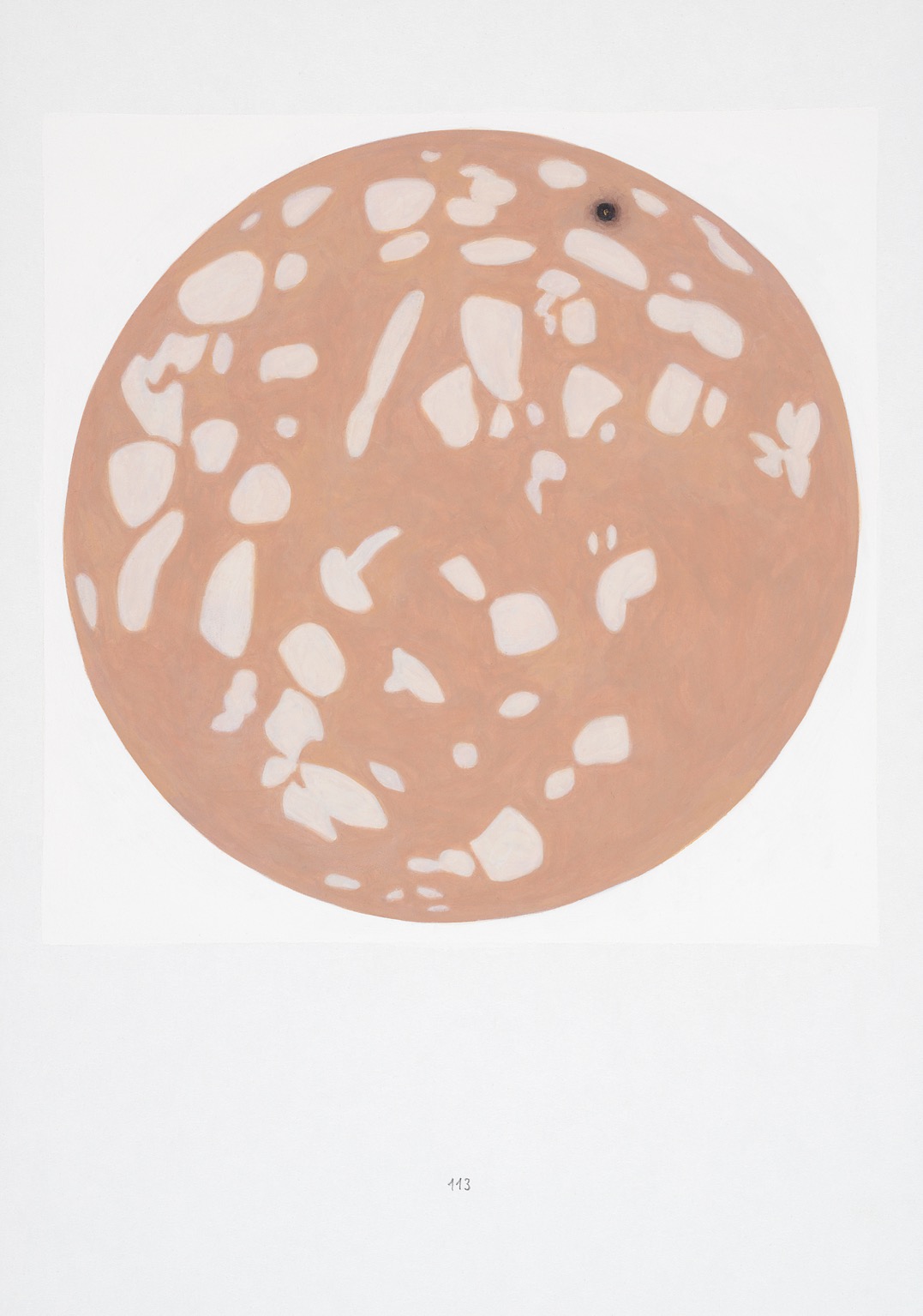 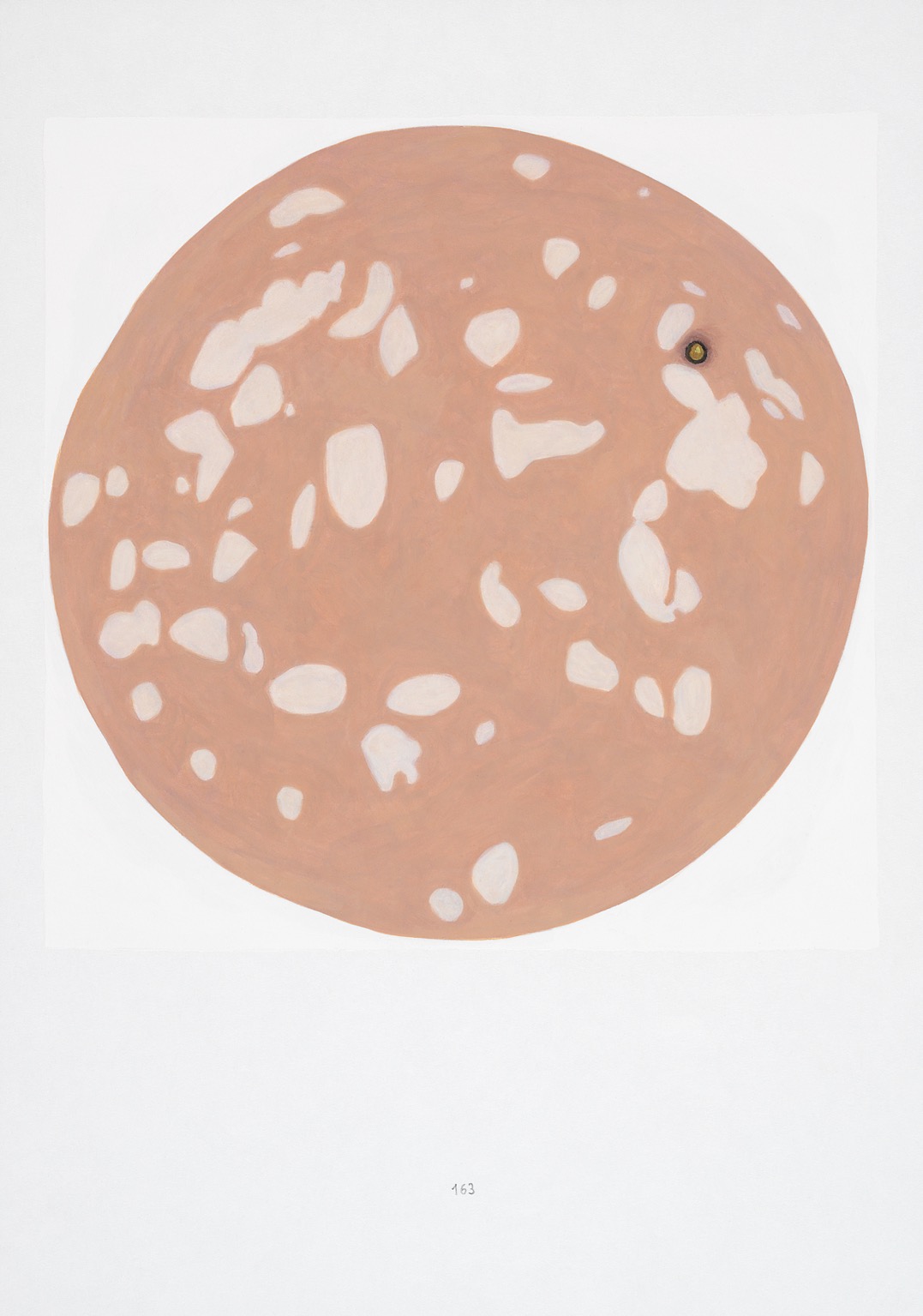 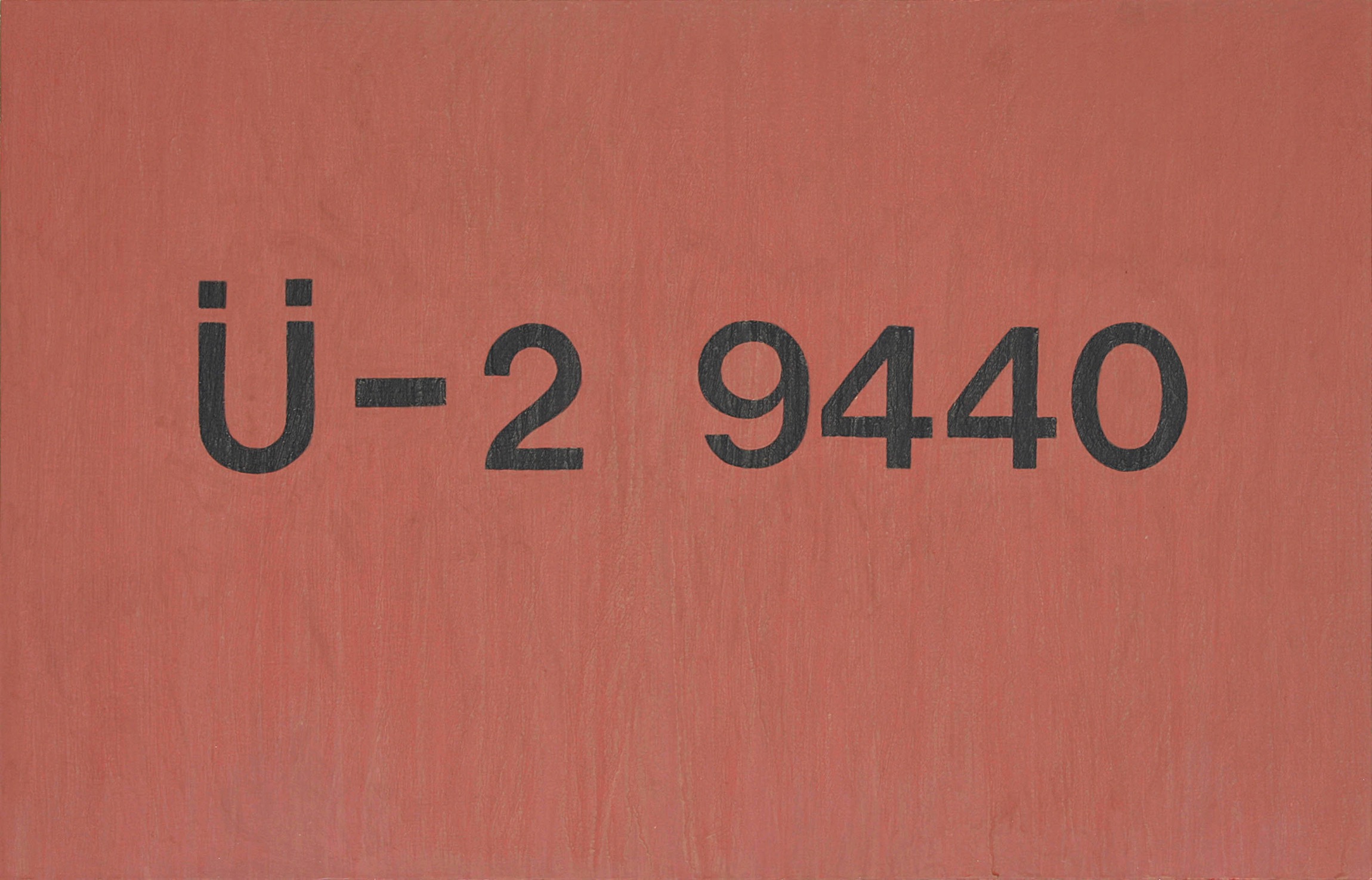 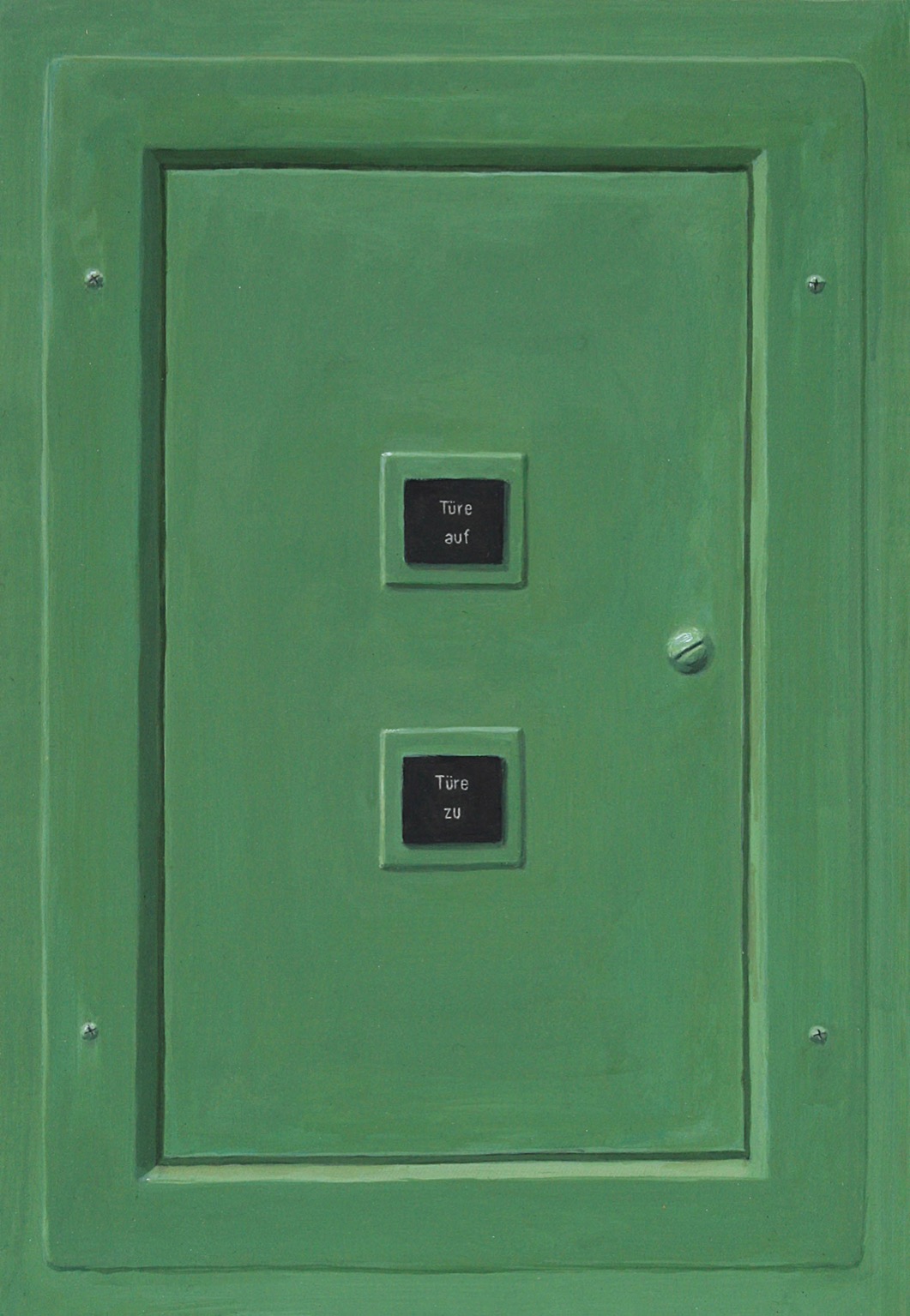 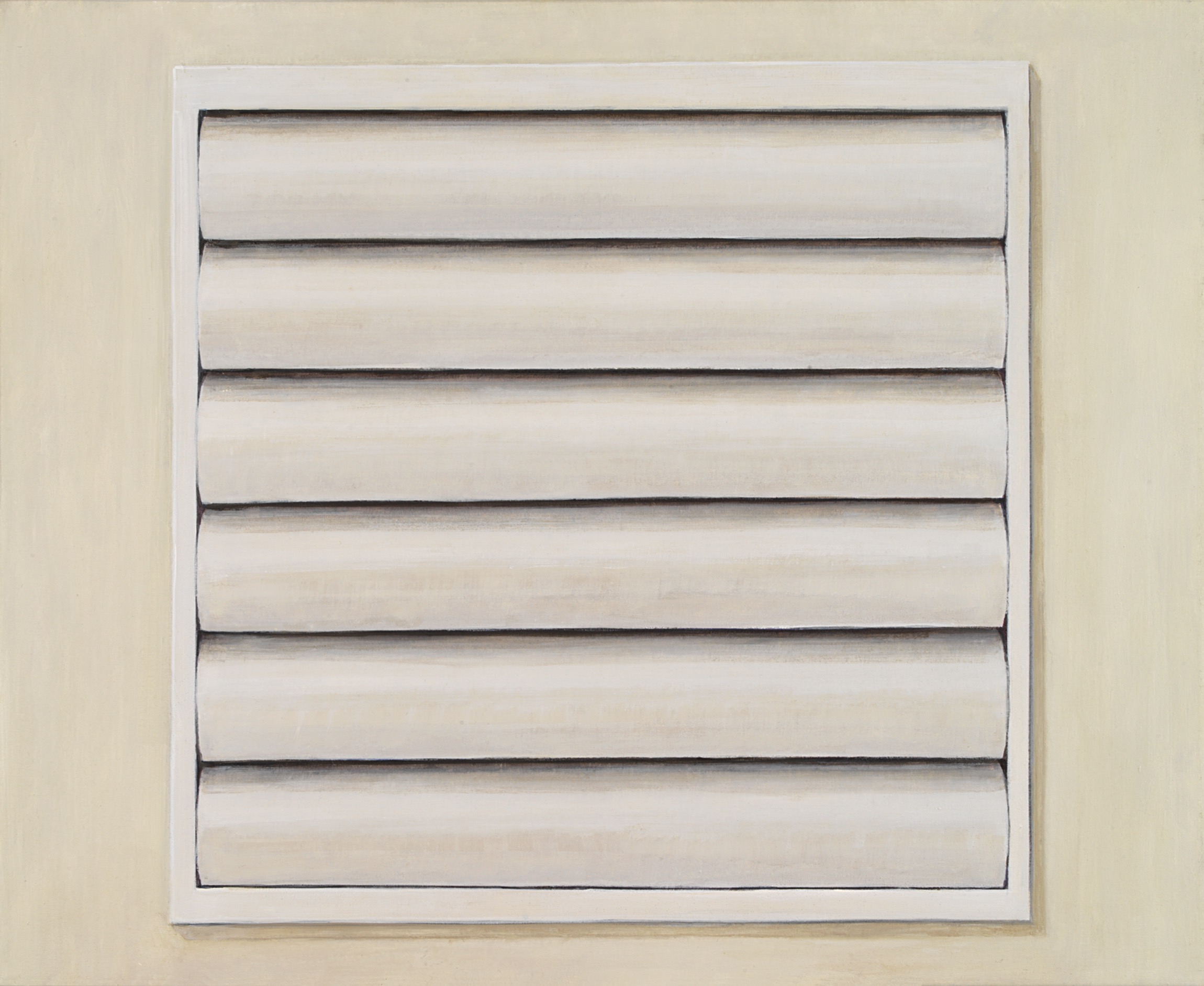 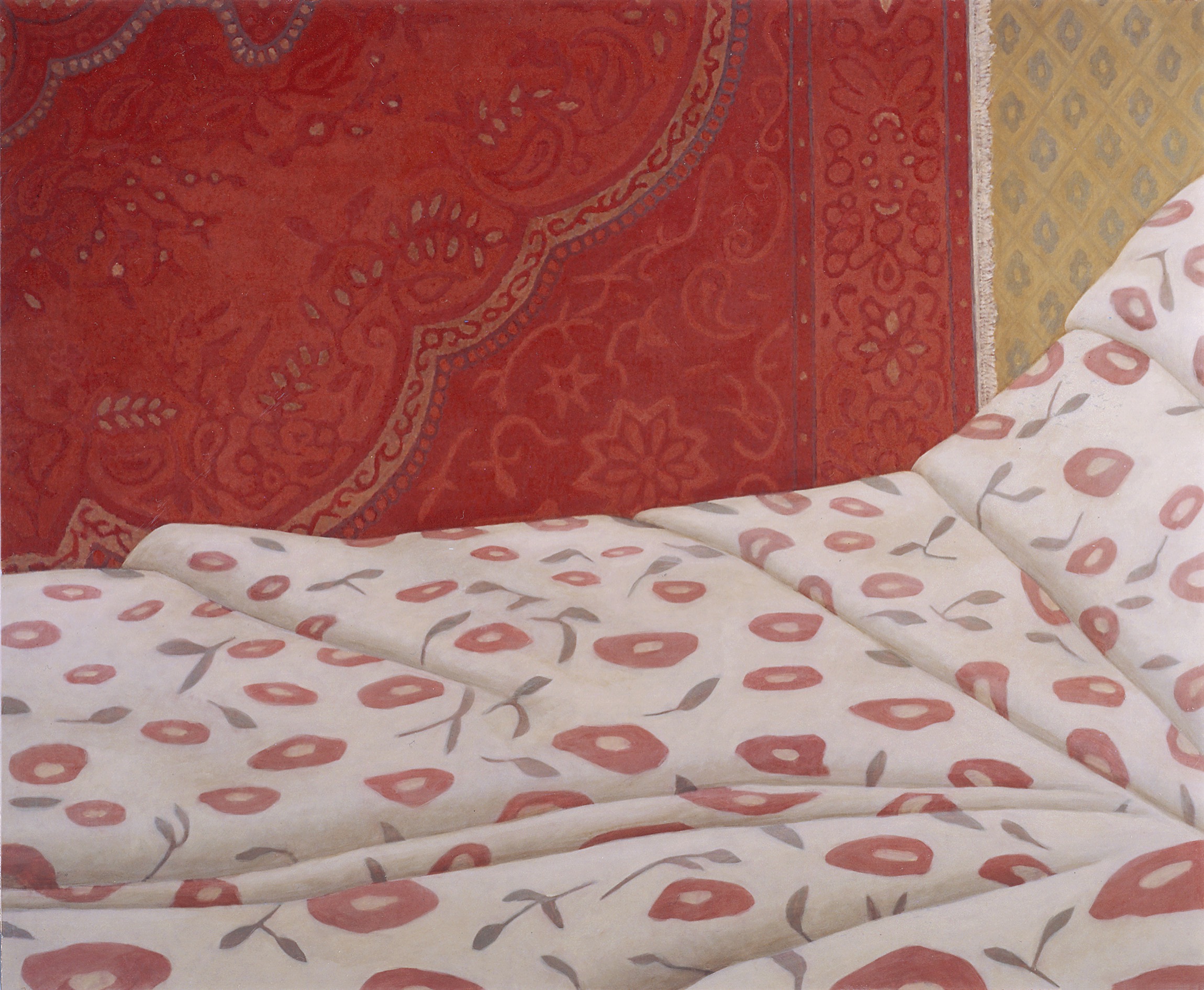 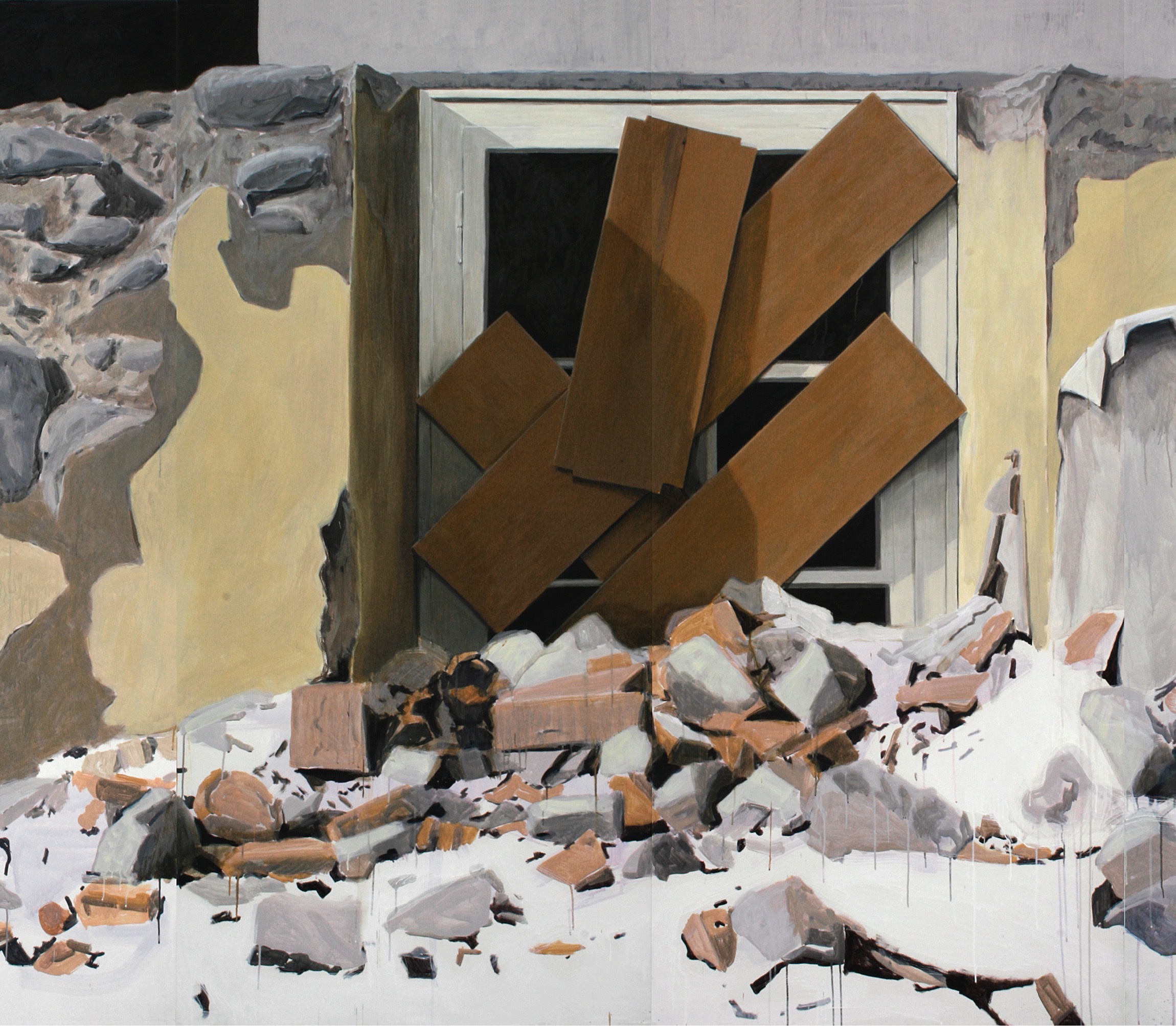 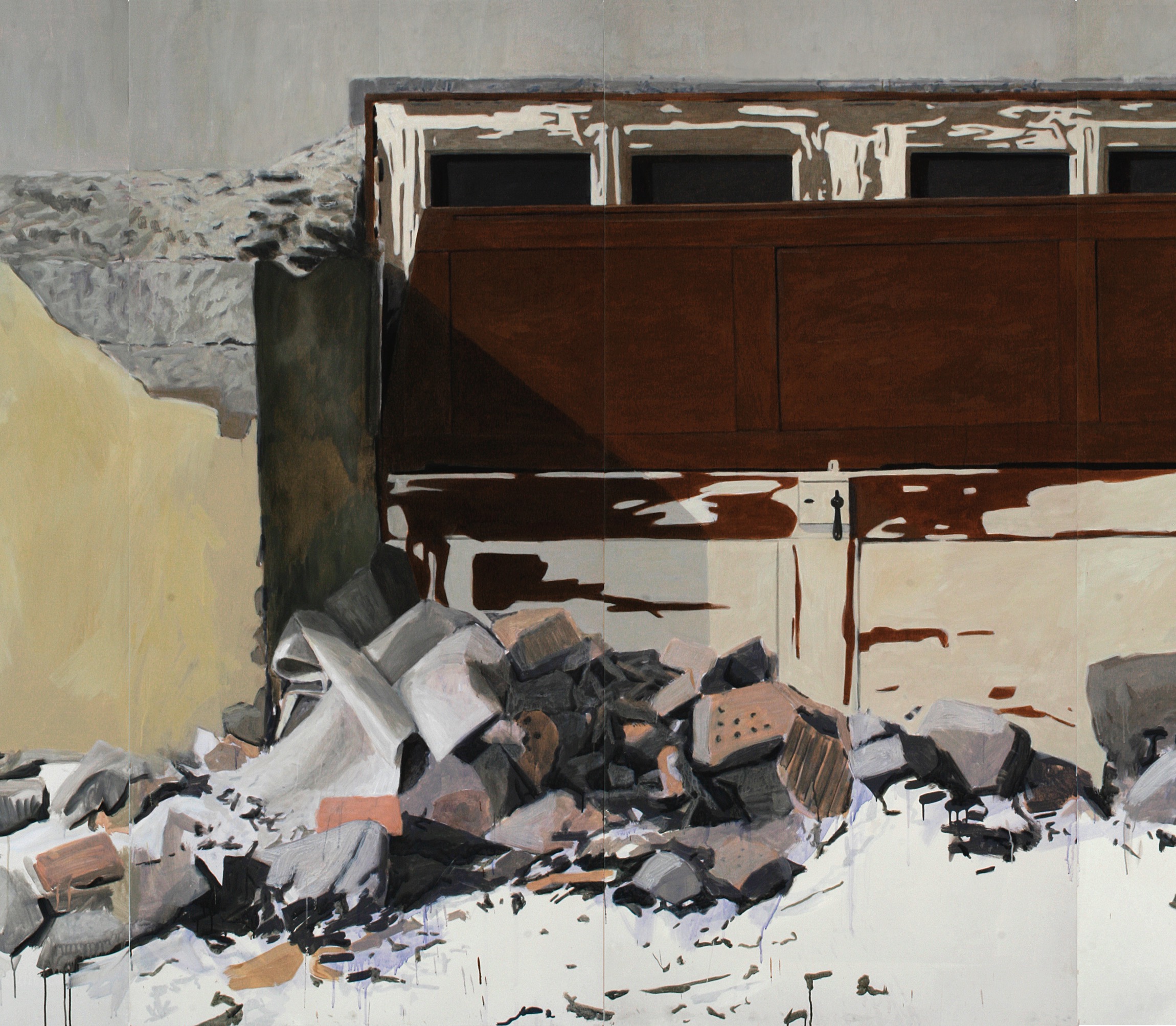 Christoph Hänsli’s colossal Mortadella, created in 2007 and 2008, has already achieved some notoriety in art circles thanks to a much-acclaimed artist’s book and a text by the writer and art critic John Berger. The fact that it is exhibited publicly for the first time now, four years after its creation, has not least to do with its dimensions. It is made up of 332 framed works, all identical in size and technique: just under A4, acrylic and oil on paper and cardboard. The paintings are also near-identical iconographically, as they depict the 164 slices and two corners of a sliced medium-sized Mortadella sausage – each and every from both sides! Hänsli chose an elaborate technique for this task: the visible surface concludes a buildup that consists of eleven layers of paint, starting with several layers of acrylic paint, followed by a multi-layered reworking in oil, and finally sealed with several glazes of varnish. The whitish background is painstaking painted around the slices, so that their surface appears to be exactly on a plane with the supporting cardboard. In total, it took the artist 15 months to master this task.

This effort, however, was not undertaken for the sake of a hyper-realistic rendering of the sausage. A closer look reveals that Hänsli has made the grainy structure of the meat paste disappear by applying a monochrome coat of pink paint. Only the finely painted peppercorns save us from falling into the void of color field abstraction – an almost flirtatious game that the artist plays with our desire for representationalism. Even though there are only 1.5 millimeters of meat between the two sides of a slice of mortadella, no two of the successive paintings are identical. The size and position of the white areas of fat and the peppercorns change slightly from painting to painting, while the passing of the blade separating them has also left its mark. The fat parts now move blithely on the growing and shrinking discs, as if a satellite had captured the movements of the Arctic sea. But this distracts from the artist’s intentions.

Hänsli’s interest lies in the static quality of surfaces and the almost infinite possibilities of constructing and shaping them . History, memory, and desire inscribe themselves into the surface of objects; their reproduction becomes a search for traces. Hänsli’s handling of brushes, paints, pigments and glazes is masterful, and he finds an individual solution for every painterly challenge. His pictorial surfaces seduce the viewer to scan the paintings with his or her eyes in order to detect what is hidden.

As an individual, the conceptual artist Hänsli likes to take a backseat; he avoids the personal gesture. As motifs, he often chooses commonplace objects that can hardly be undercut in their prosaicness. He subtly conveys to the viewer that he is concerned with more than a depiction of realities. In their unadorned beauty, the paintings draw our attention to what surrounds us, reminding us that we master much of our everyday lives unconsciously or subconsciously. Accordingly, Hänsli almost always depicts his objects life-sized, and any chosen detail of a picture apparently has no compositional significance. This one step away from artificiality decisively facilitates individual memory and recognition.

Hänsli says of his choice of motifs that an object, an idea for a picture haunts him “until I do it.” Often this compelling necessity arises from the realization that something is doomed, about to disappear. Whether Hänsli portrays an obsolete light switch or an unmade hotel bed, the great themes of transience and absence always accompany him. In none of his pictures will we ever encounter a human being, and yet the images are always imbued with our absurd earthly existence. Without pathos or sentimentality, the objects tell of man’s forlornness in a world that suggests order. Despite their captivating pictorial presence, these modern vanitas motifs manage to create an expression of absence and emptiness that triggers a wealth of associations in the viewer. Here, too, Hänsli’s mastery proves itself.

In addition to Mortadella, nine other works by Christoph Hänsli are on view, created between 1998 and 2012. 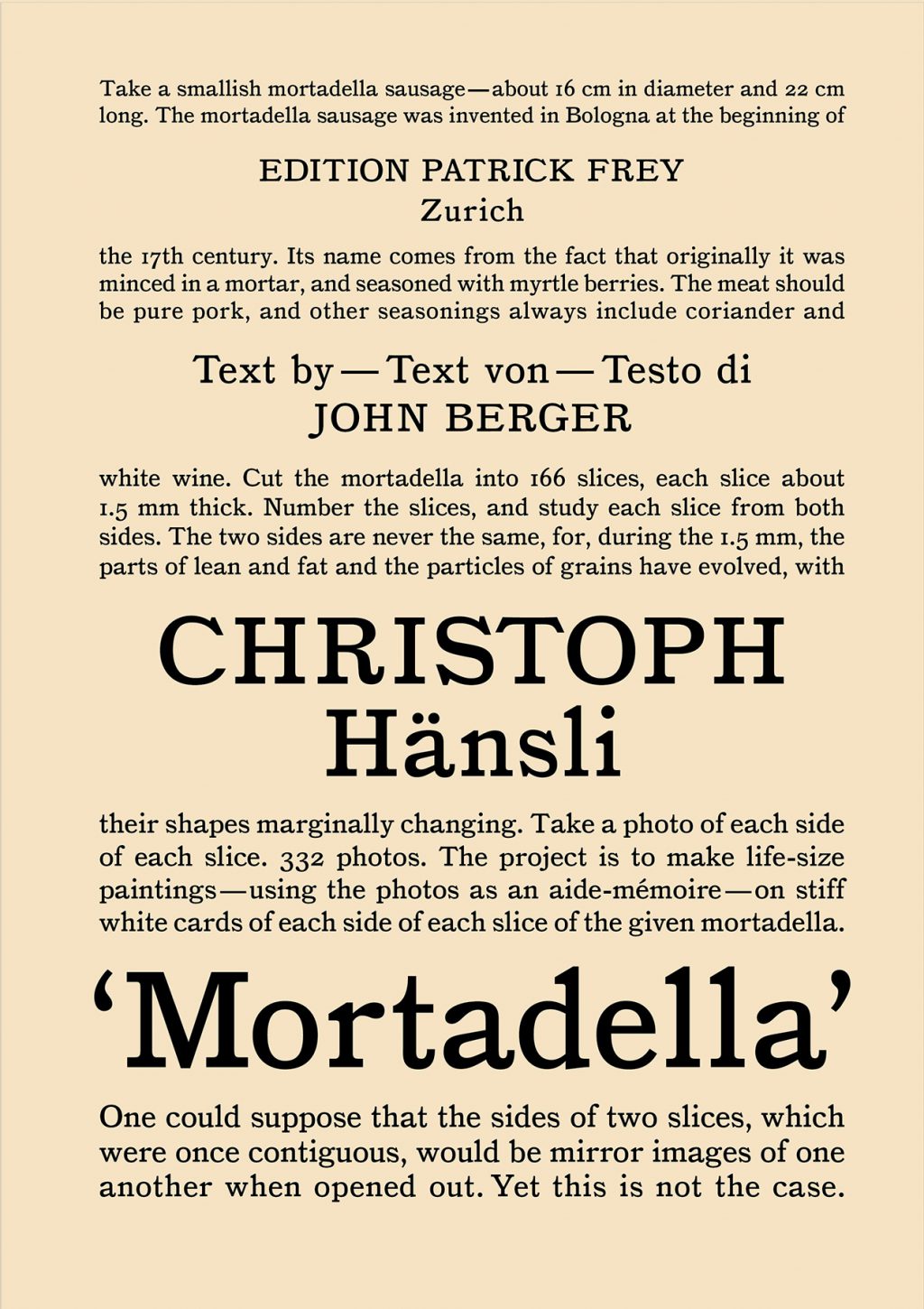 Text by John Berger
In German, English and Italian