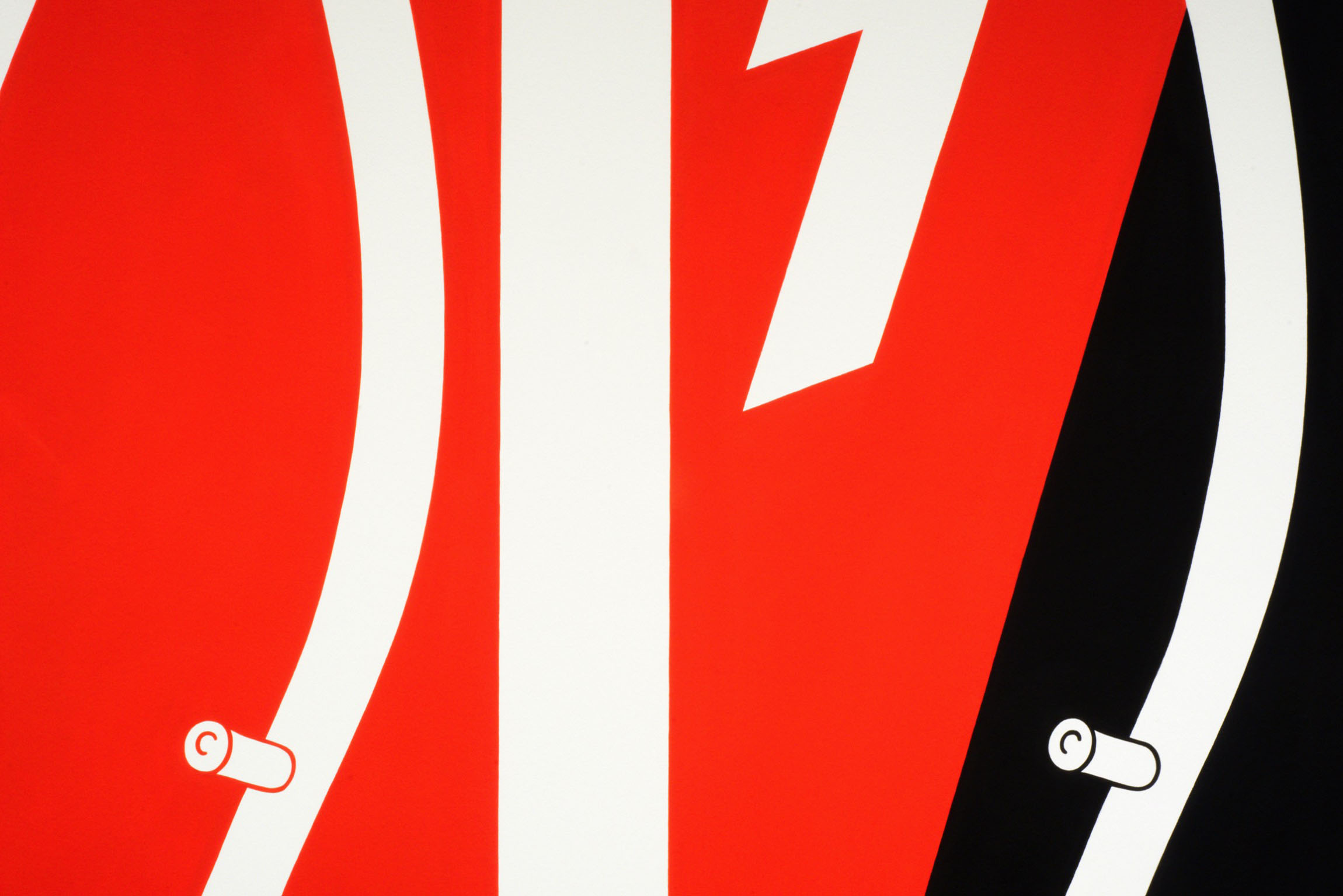 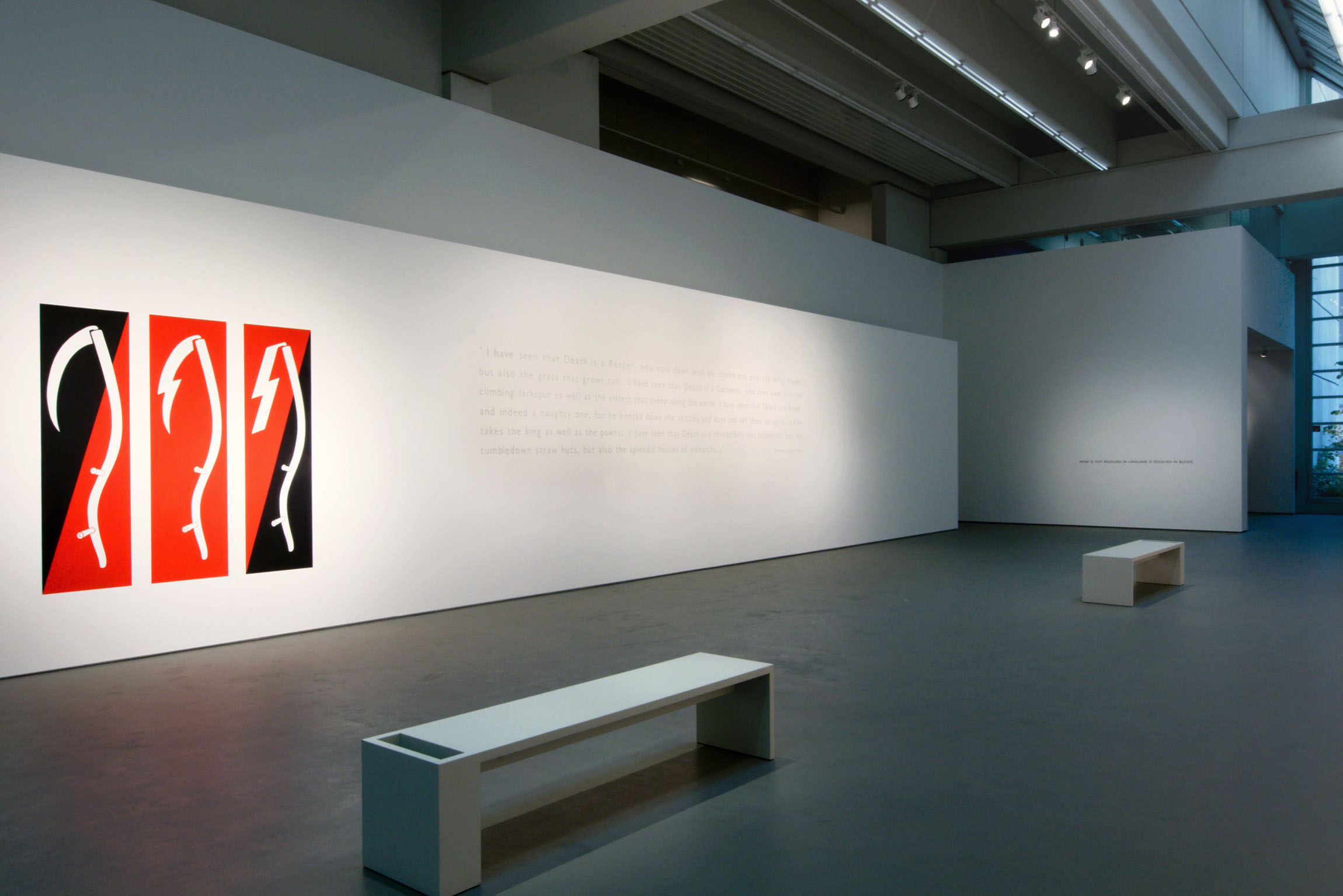 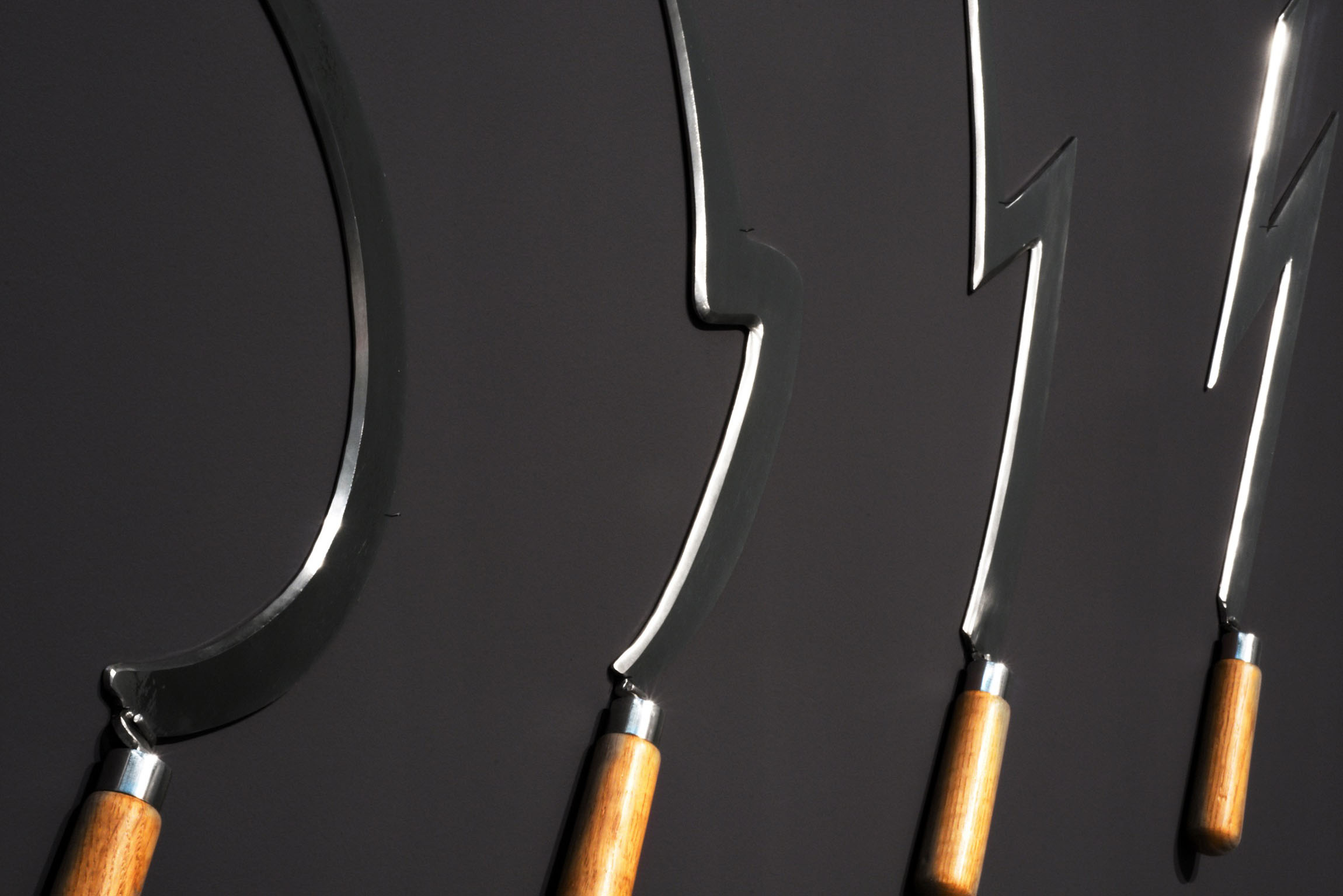 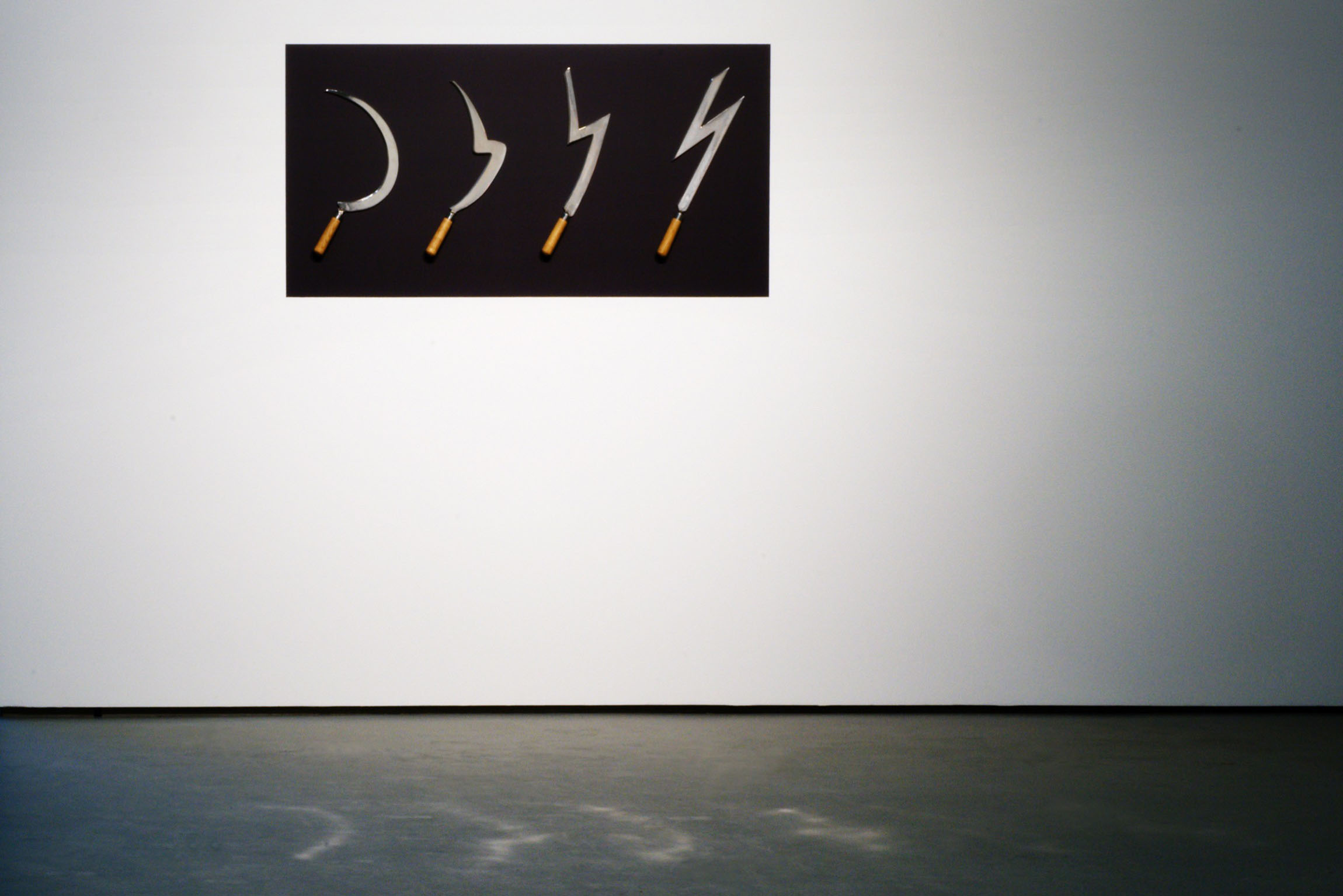 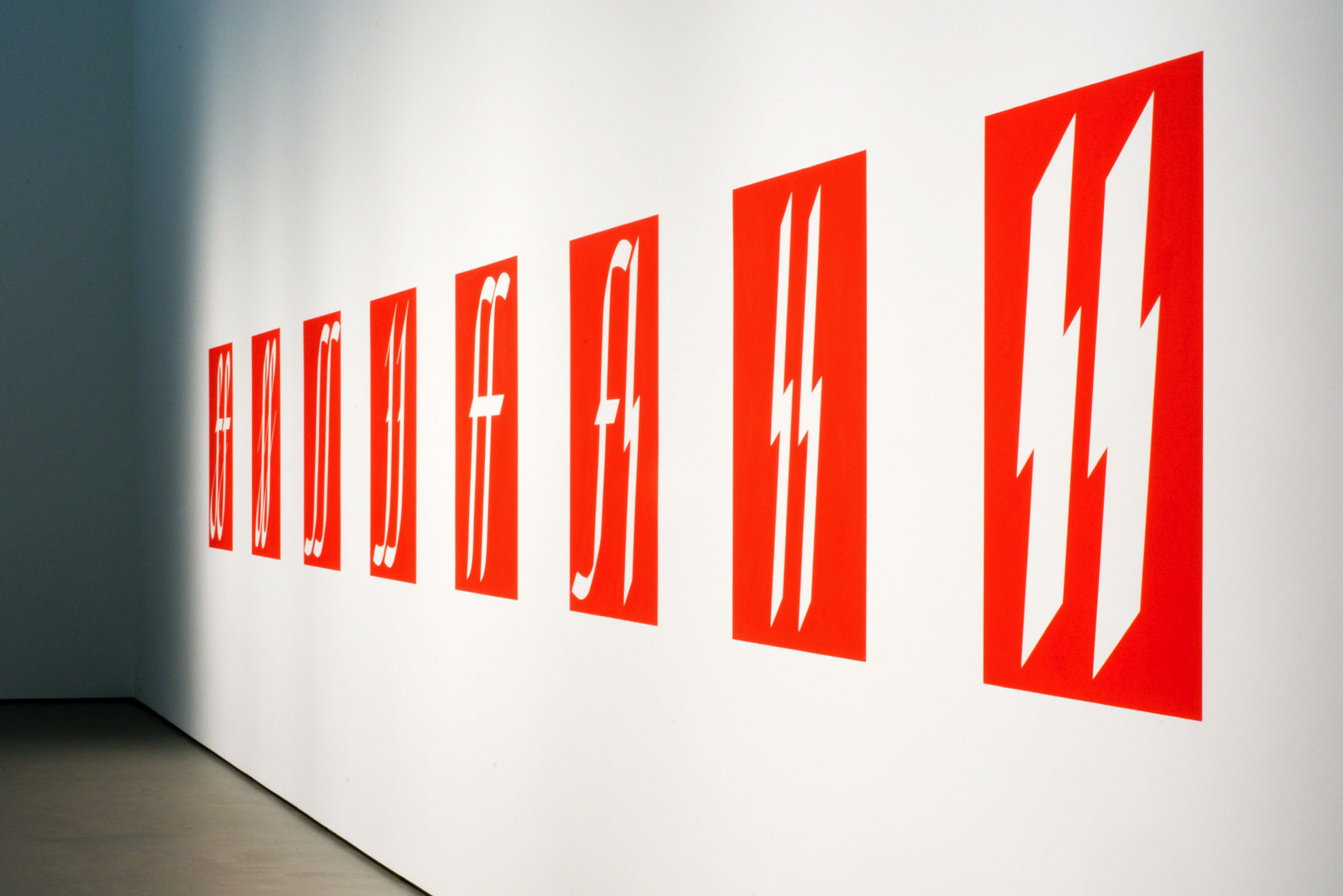 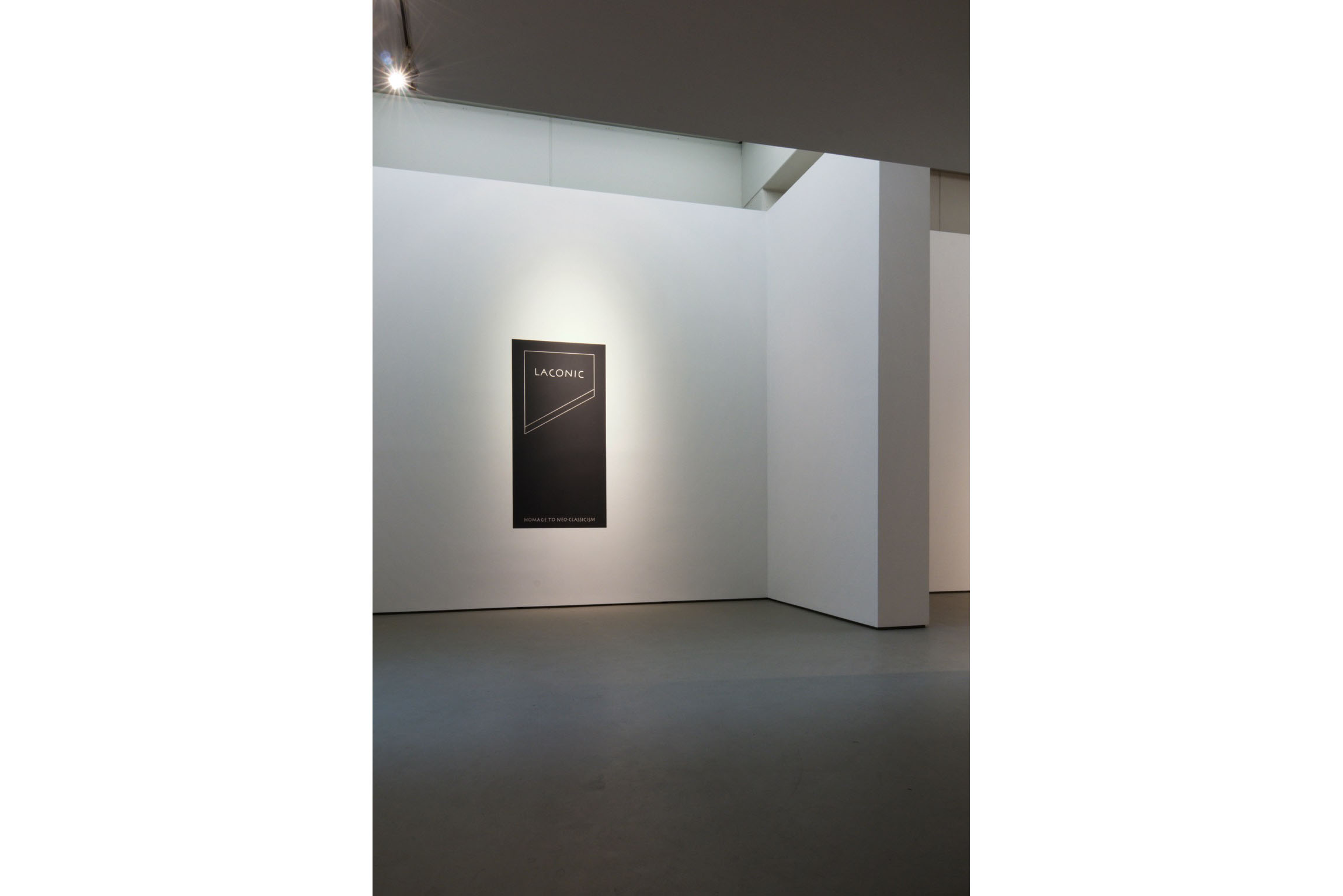 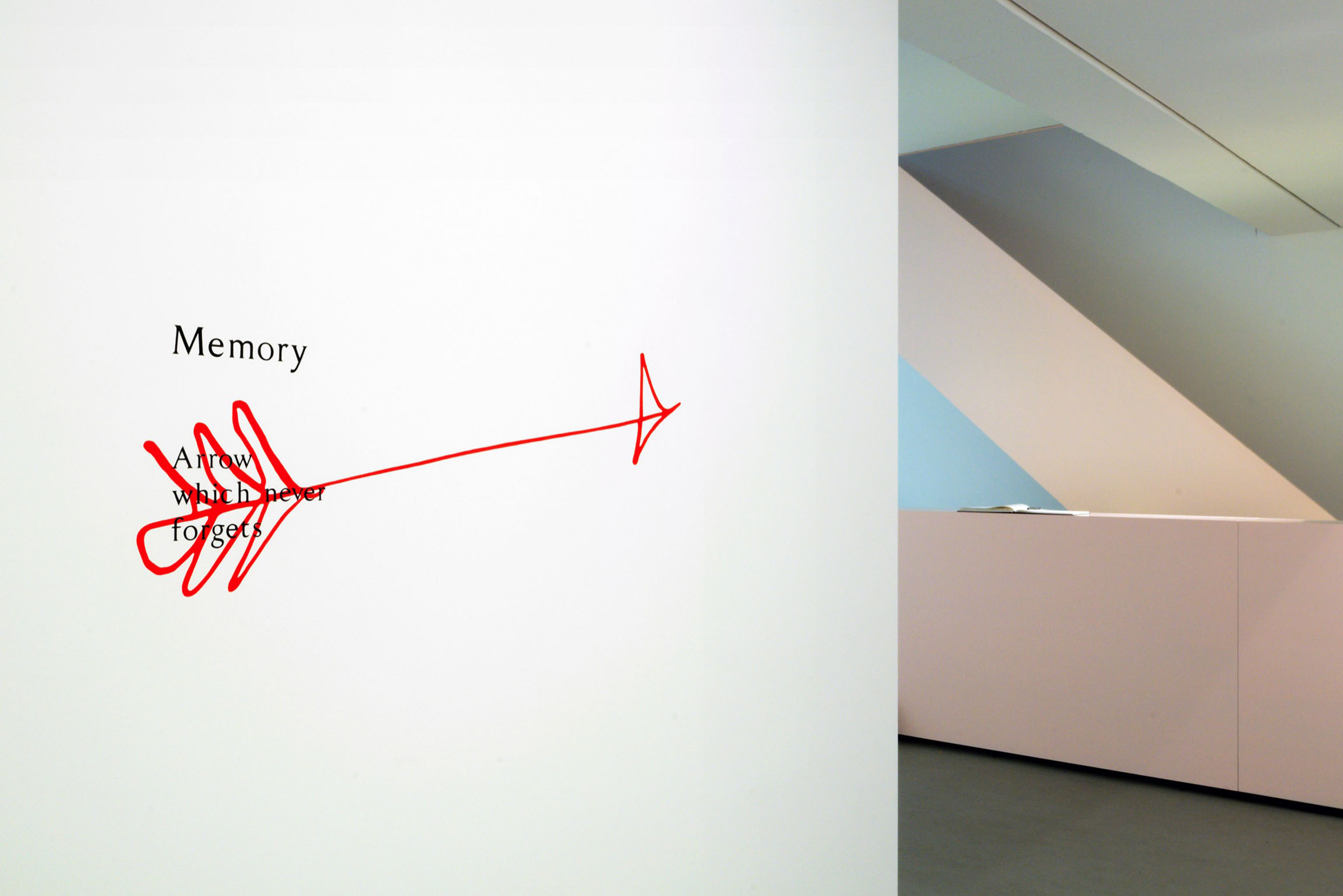 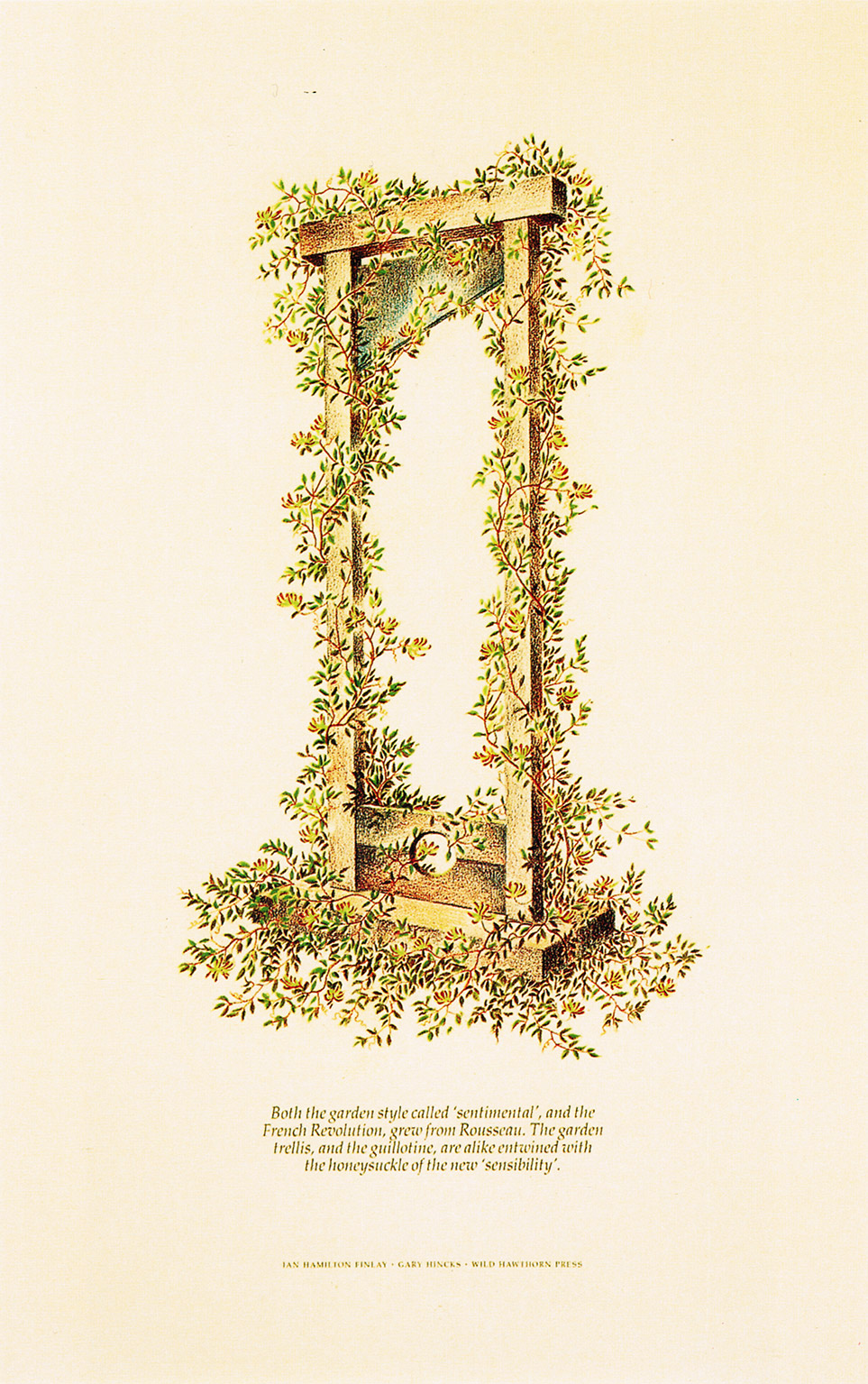 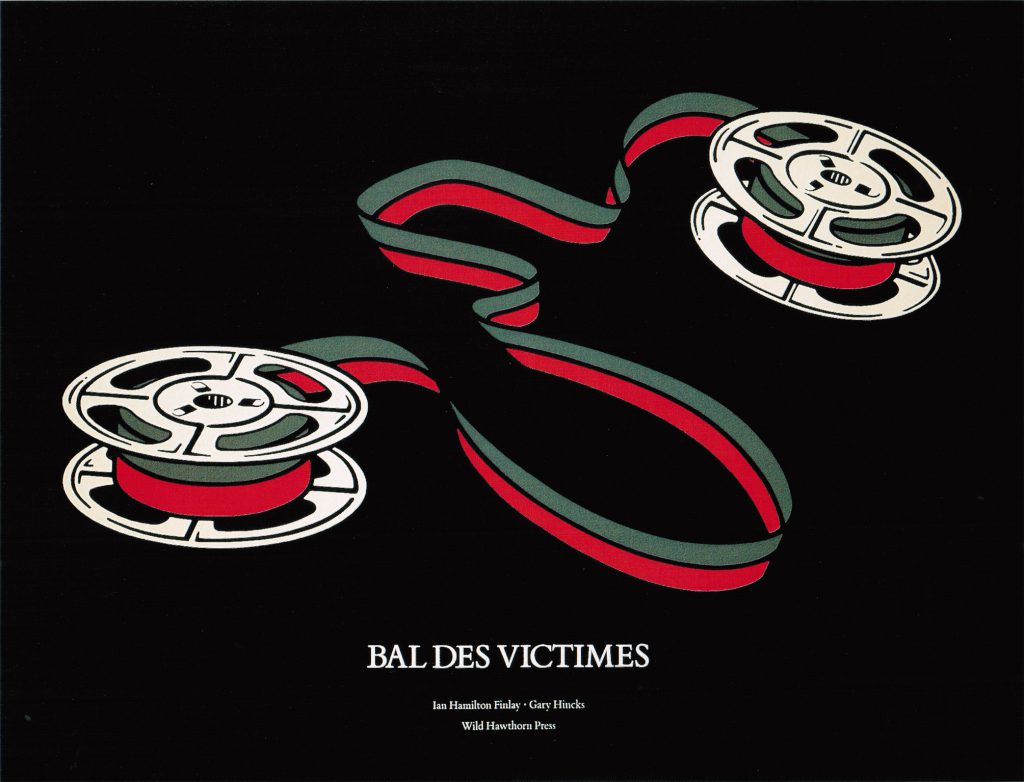 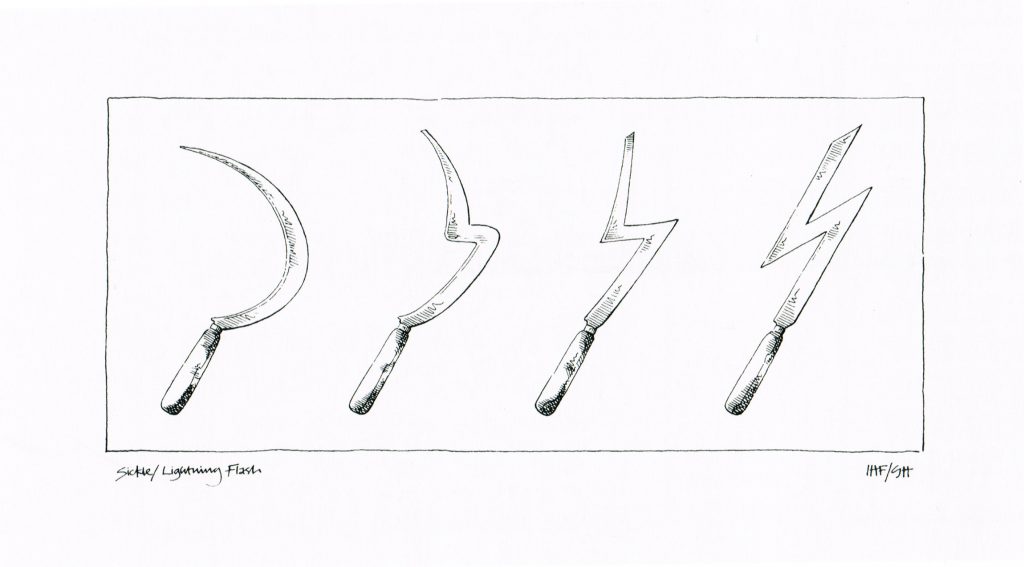 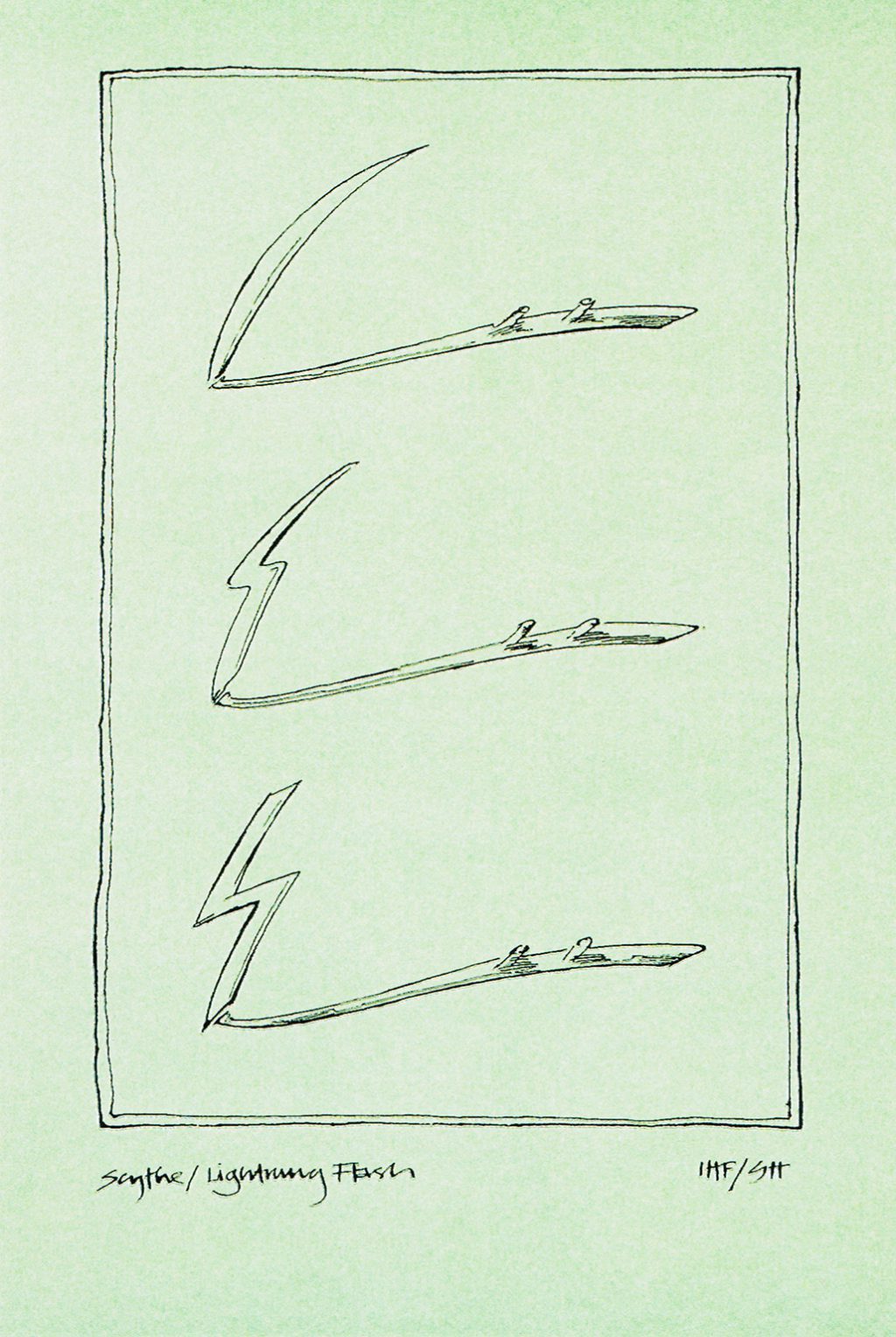 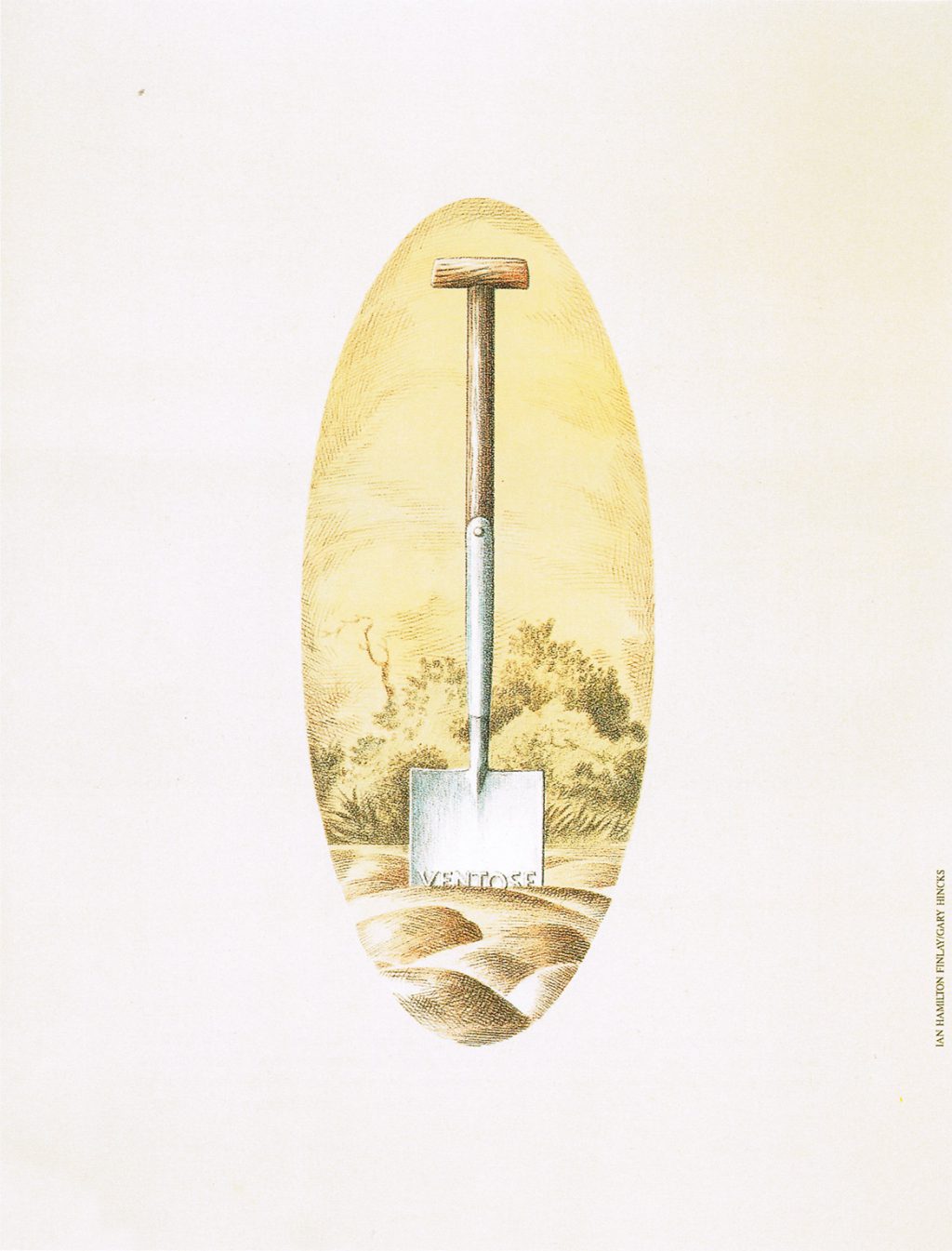 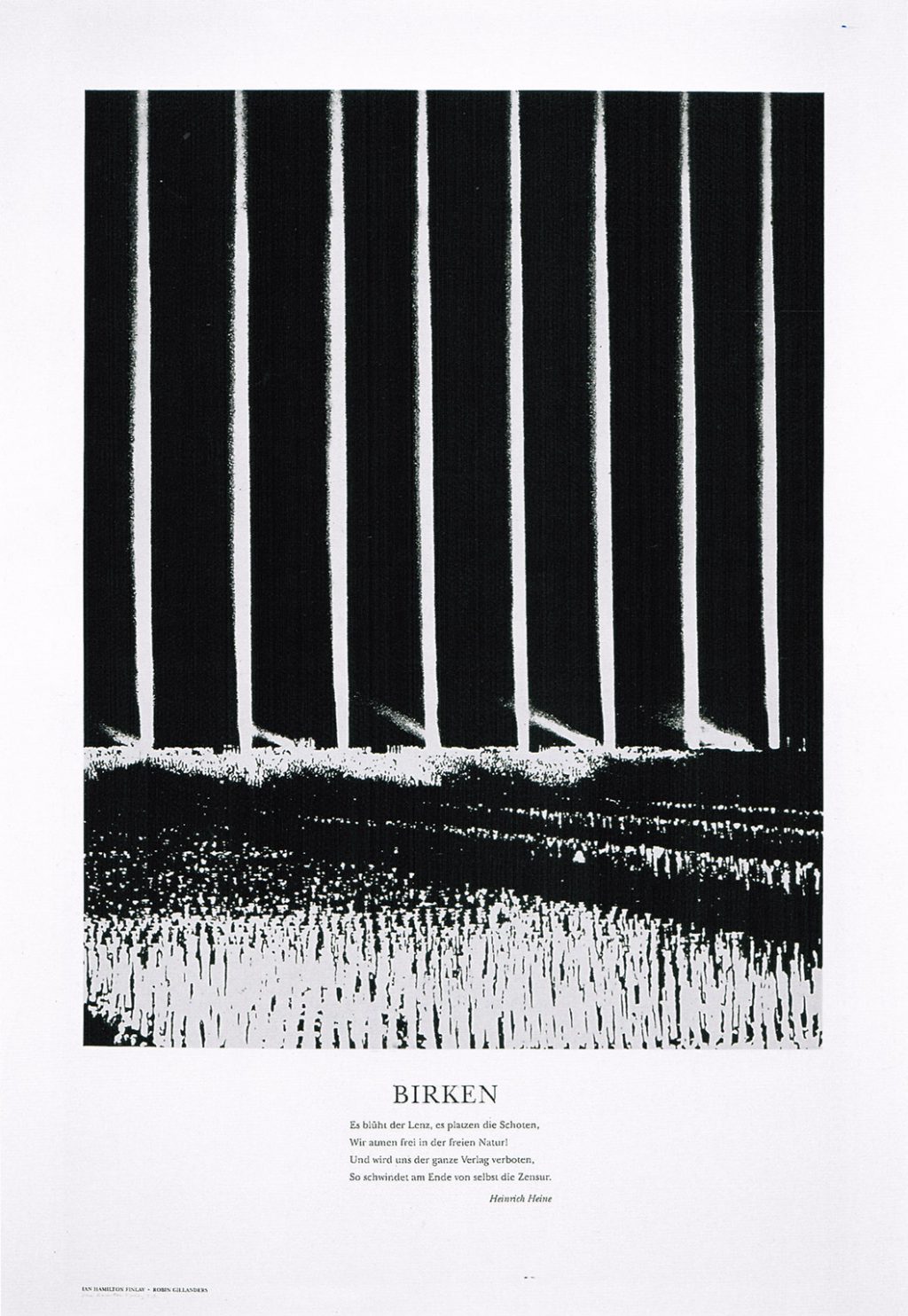 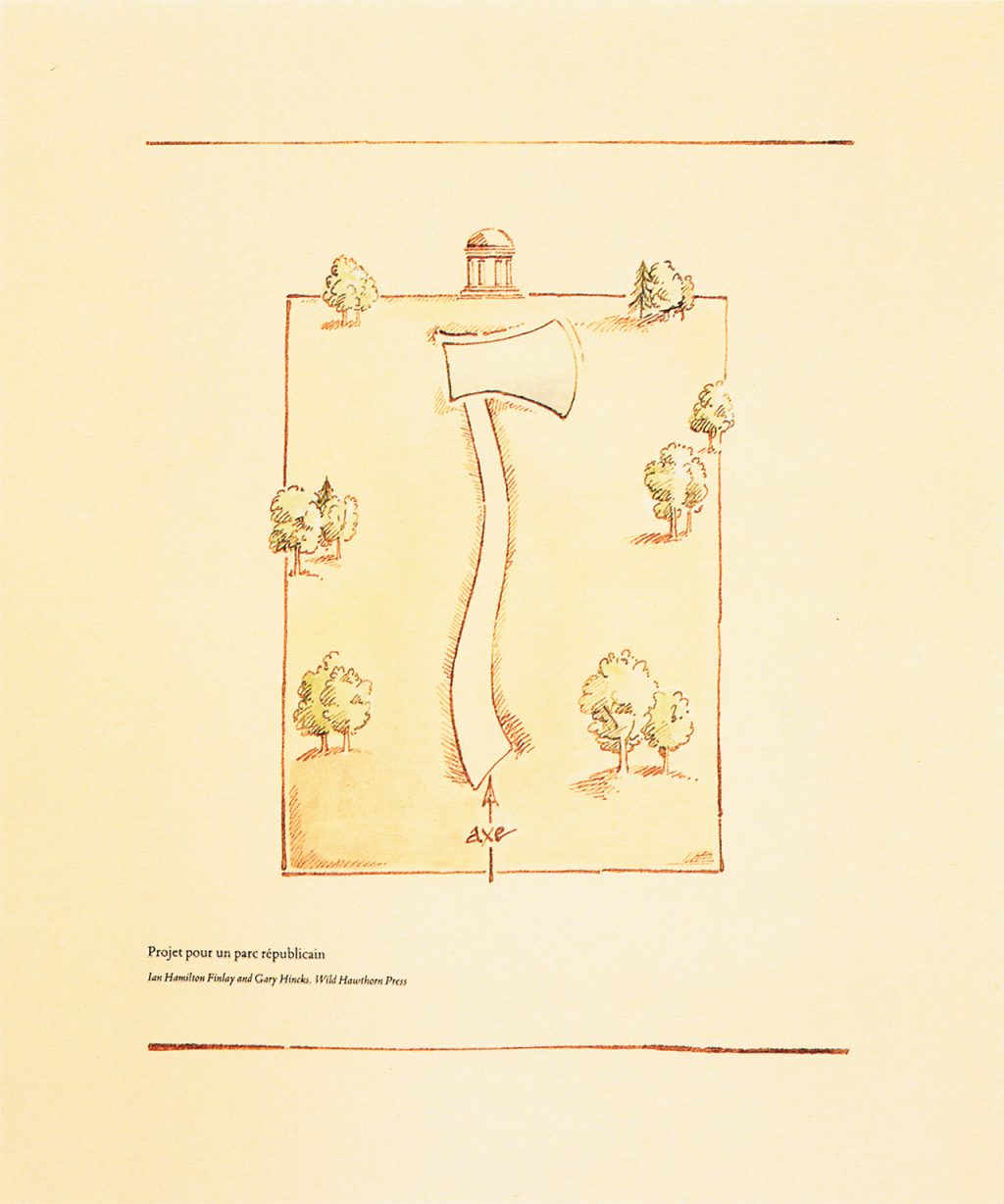 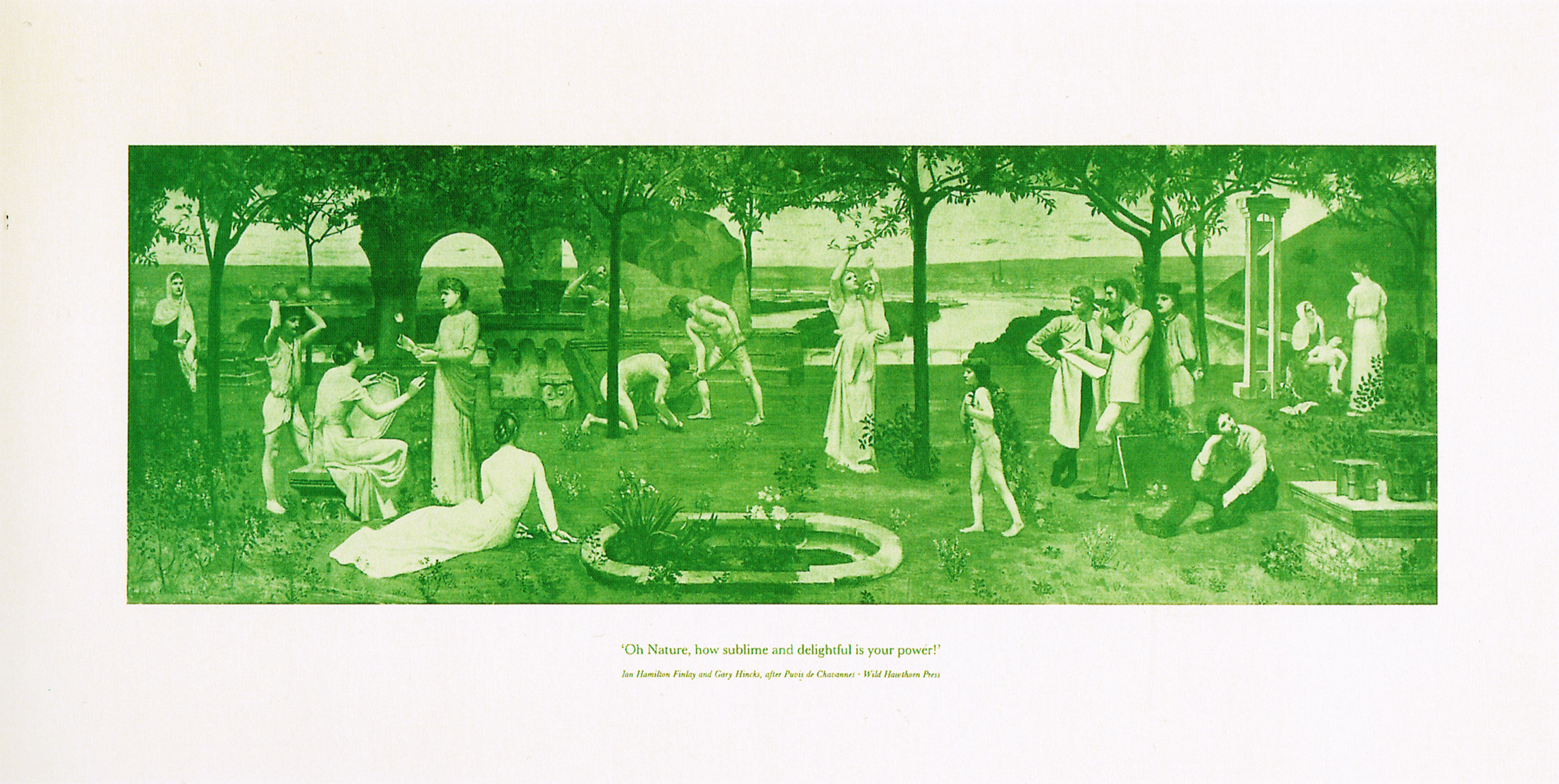 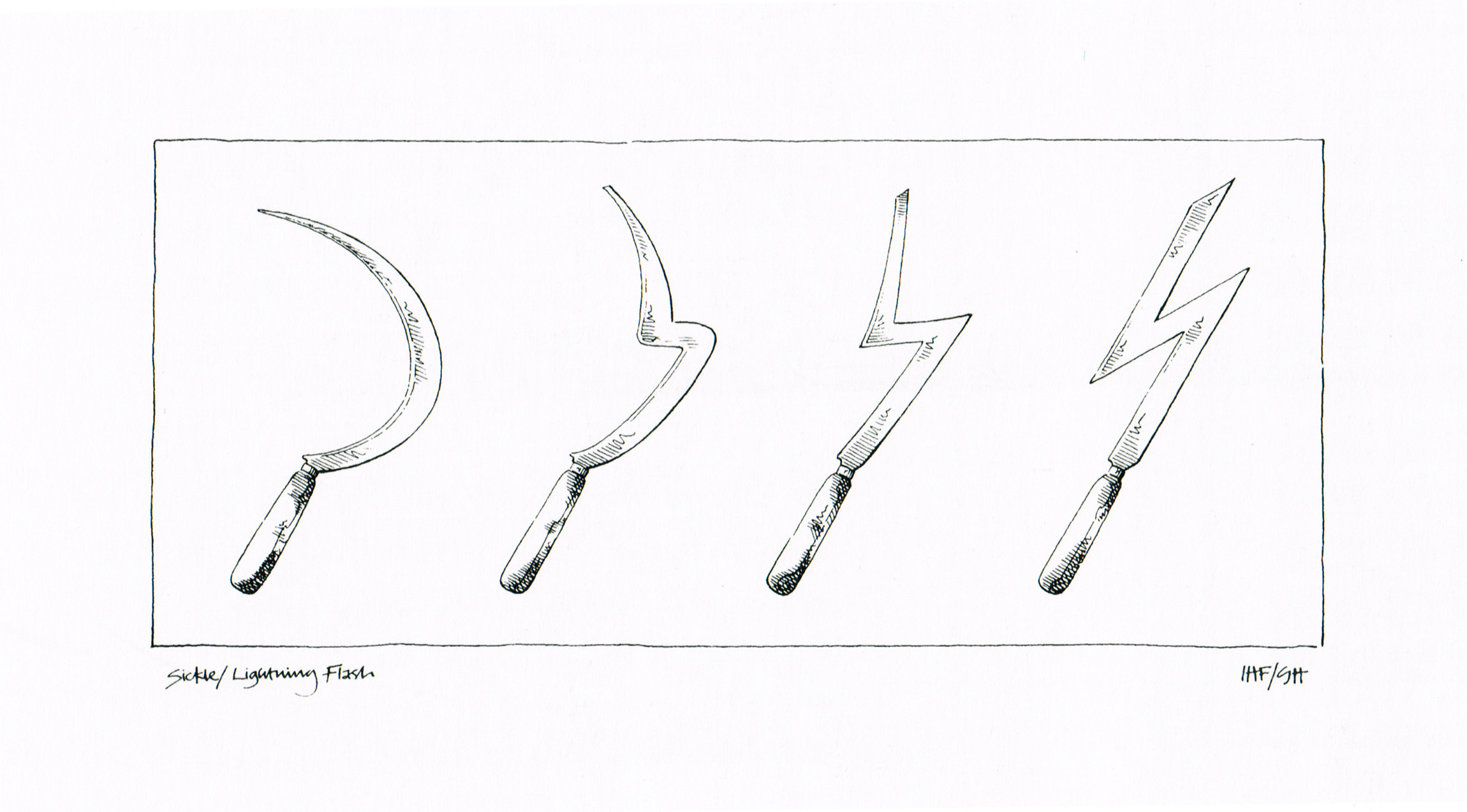 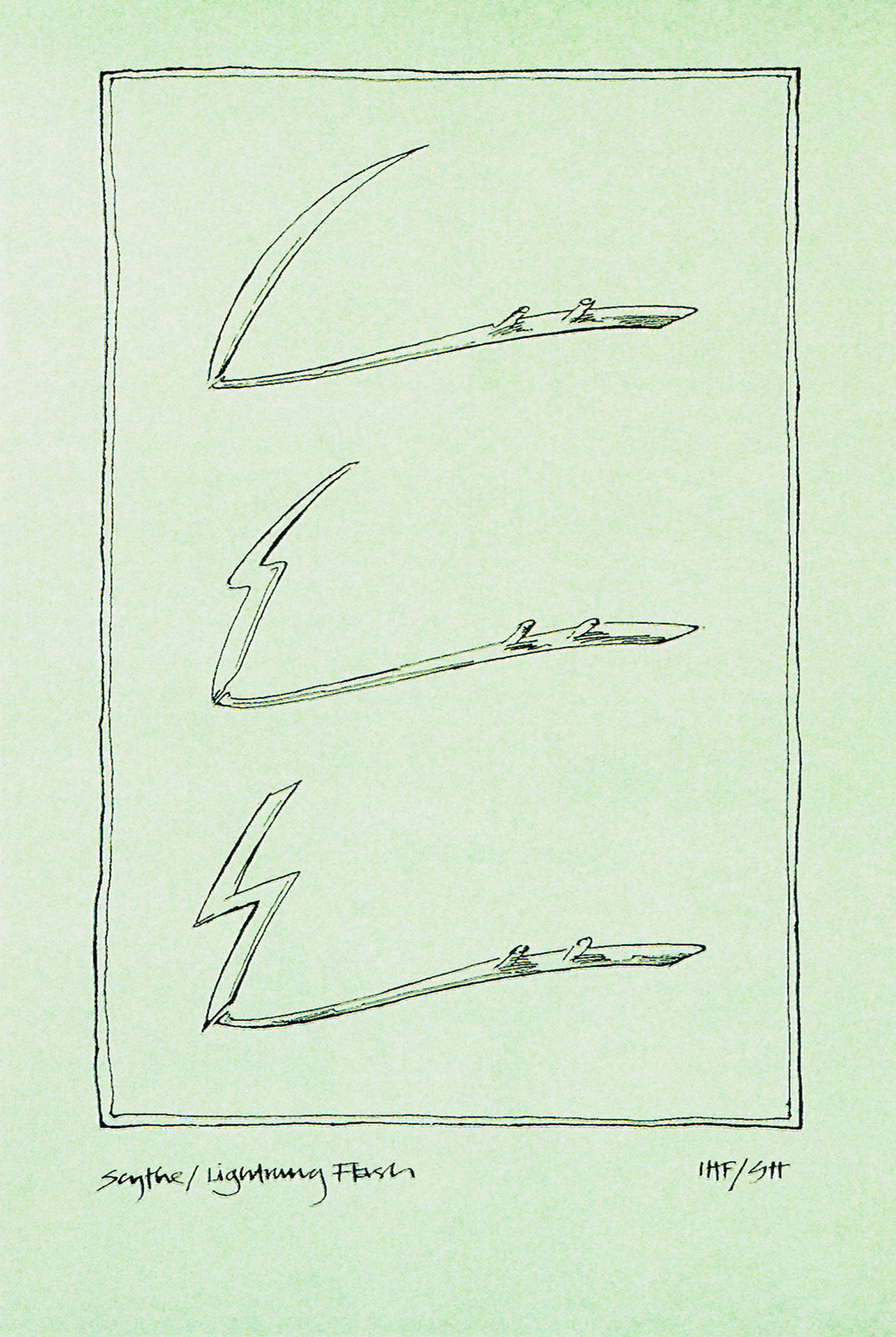 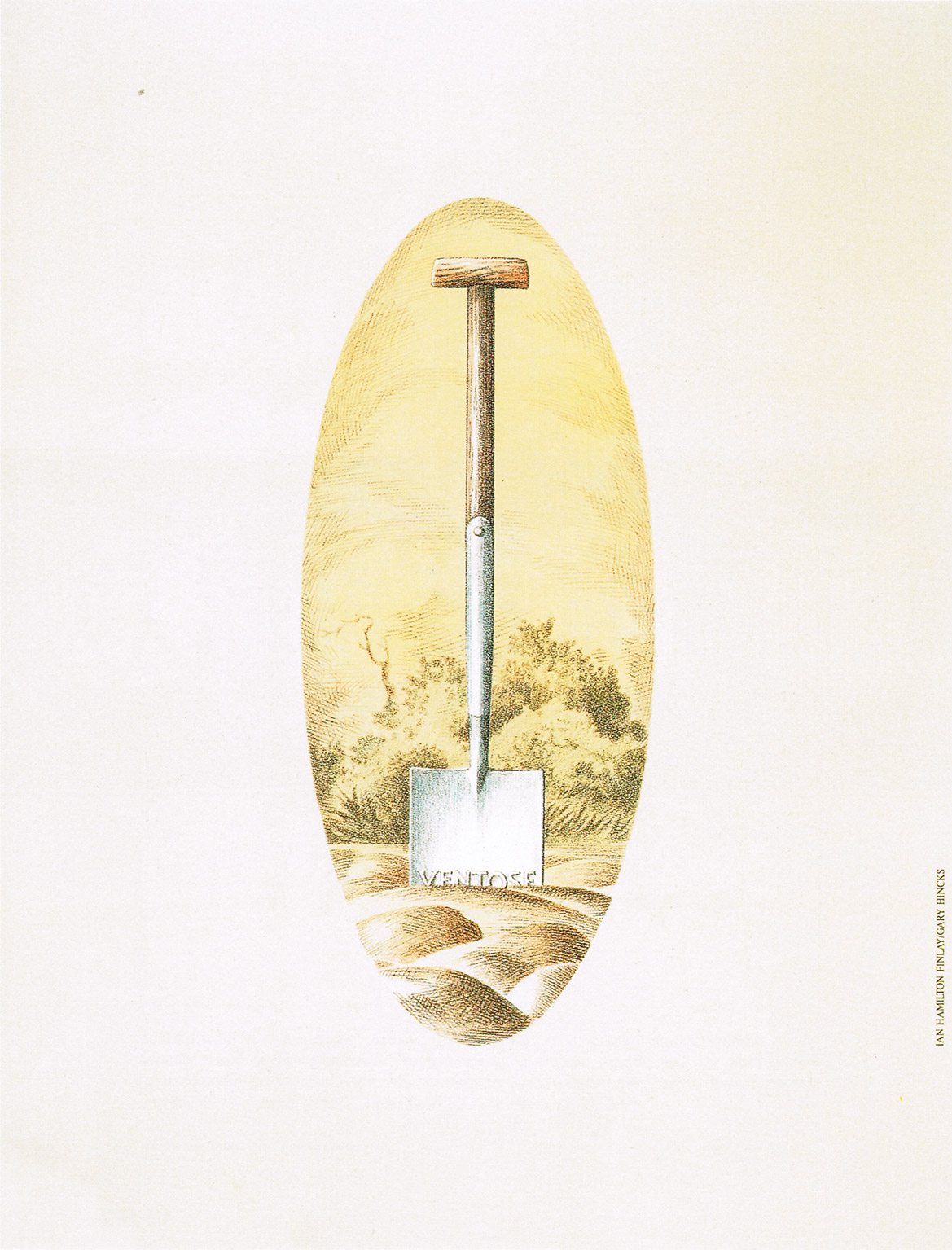 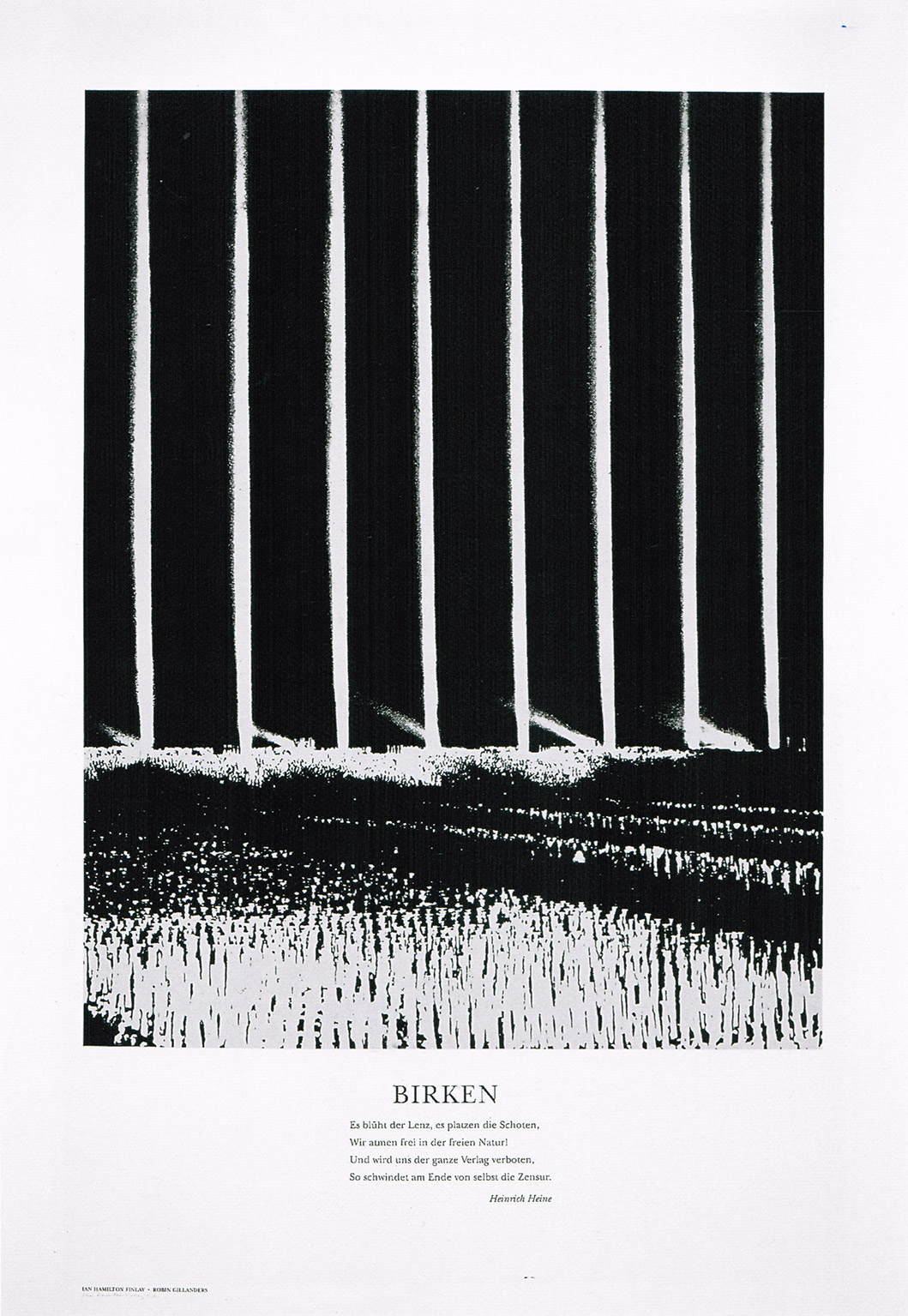 In 2008 Nolan Judin dedicated the first exhibition in their own exhibition space, then on Heidestrasse, to the Scottish poet, artist, and moralist Ian Hamilton Finlay, who had died two years earlier. We are extremely pleased to now present a number of important works by Finlay in our new space on Potsdamer Strasse. The title of the exhibition Inter artes et naturam refers to a well-known mural by Pierre Puvis de Chavannes dating from 1888-91. Finlay’s artistic exploration of the interrelationship between nature and culture is a theme running throughout his work. From the Pre-Socratics to Rousseau’s natural idealism, the French Revolution, and neoclassicism, his investigation extends to the Third Reich and to the present.

Ian Hamilton Finlay first became known in the 1960s as an author of concrete poetry. The typographical order of letters and words were just as important to the poet as the traditional elements of content, rhythm, and rhyme—which prefigured his development as a visual artist. In addition to experiments with the expressive possibilities of language, an interest in nature, the second major theme in Finlay’s work, emerged early on. In the late 1960s he began to dedicate himself to his central work, Little Sparta, a “poet’s garden” in the Pentland Hills outside of Edinburgh. This unusual Gesamtkunstwerk is a mixture of traditional English landscape architecture, avant-garde art and poetry (full of puns and irony), and an irreverence for the conventions of modernity.

In addition to this garden, over the course of 30 years Finlay created a complex and wide-ranging oeuvre, of which his work on and with language forms the core. There is no hierarchy in topics or techniques and materials employed. Common to all his works is his incisive ability to combine linguistic reduction and visual sparingness. Some of his most successful works are based on the impact of a single word or the gradual modification and transformation of one object.

At the center of our exhibition are a number of works painted directly on the wall. The large work SF (1978/2005) shows the mutation of two “s” letters over the course of eight steps—initially appearing in the old German script, in which they look like two “f” shapes, and finally taking the form of the well-known double thunderbolt of the SS emblem. The progression of the typeface is revealed here as the development, or decline, of the cultivation and enlightenment of the 18th century, when the old German script was in use, into the barbarization of the Third Reich. In 1941 Hitler passed a decree that banned the so-called Gothic scripts (for example the popular Sütterlin script).” However, for many the old Fraktur script virtually embodies the Third Reich. In SF, Finlay is concerned with the interrelationship between nature and culture: too much culture destroys nature, but if one allows nature to take its course, inevitably something wild and “inhuman” surfaces—which is here represented by the SS. In the wall painting 3 Banners (1990-92) the curved blade of a scythe is transformed into a thunderbolt. For this imagery Finlay was inspired by a text by the fiery preacher Abraham a Santa Clara (1644-1709), in which the Grim Reaper is described as a bolt of lightning, which strikes the straw hut and the palace alike. Related to this work is the object/sculpture Sickle/Lightning Flash (1990): four scythes with blades that have mutated into lightning bolts. The rare silkscreen Birken (1996) is based on one of the famous images of the 1936 Nuremberg Rally. The beams of light coming from the flak searchlights look like tree trunks. Below Finlay quotes the lines “Es blüht der Lenz…” (“Spring is blossoming…”) by Heinrich Heine, in which the poet makes an ironically intoned statement against mental coercion and censorship.

The excerpts from war and National Socialism that repeatedly appear in Finlay’s works sometimes perturbed his admirers and consistently provoked his critics. When artists address National Socialism they tend to navigate the fine line between aesthetization and demonization. The latter causes us to view the crimes committed by the Nazis as acts beyond any norm of human behavior, thus allowing our belief in the good of humankind to remain intact. But Finlay refuses to assume this comforting position. His interest in war is not a glorification of violence but the conscious confrontation between violence and idyll. In many of his works he elevated the simultaneity of the two to a natural principle, while exploring the question whether nature does not exist in a permanent state of war.

The exhibition Inter artes et naturam presents five wall paintings (carried out by sign painter Les Edge, one of Finlay’ longstanding collaborators), a sculpture, and nine prints. It is on view through January 12. Running almost the same time is the Tate Britain’s homage to Ian Hamilton Finlay with a show in the Duveen Galleries, which is presenting 24 works from the museum’s own holdings. A comprehensive group of works by Finlay that have been included in this year’s Sao Paulo Biennale were met with great critical acclaim (on view until December).