Adrian Ghenie
We Had Everything Before Us 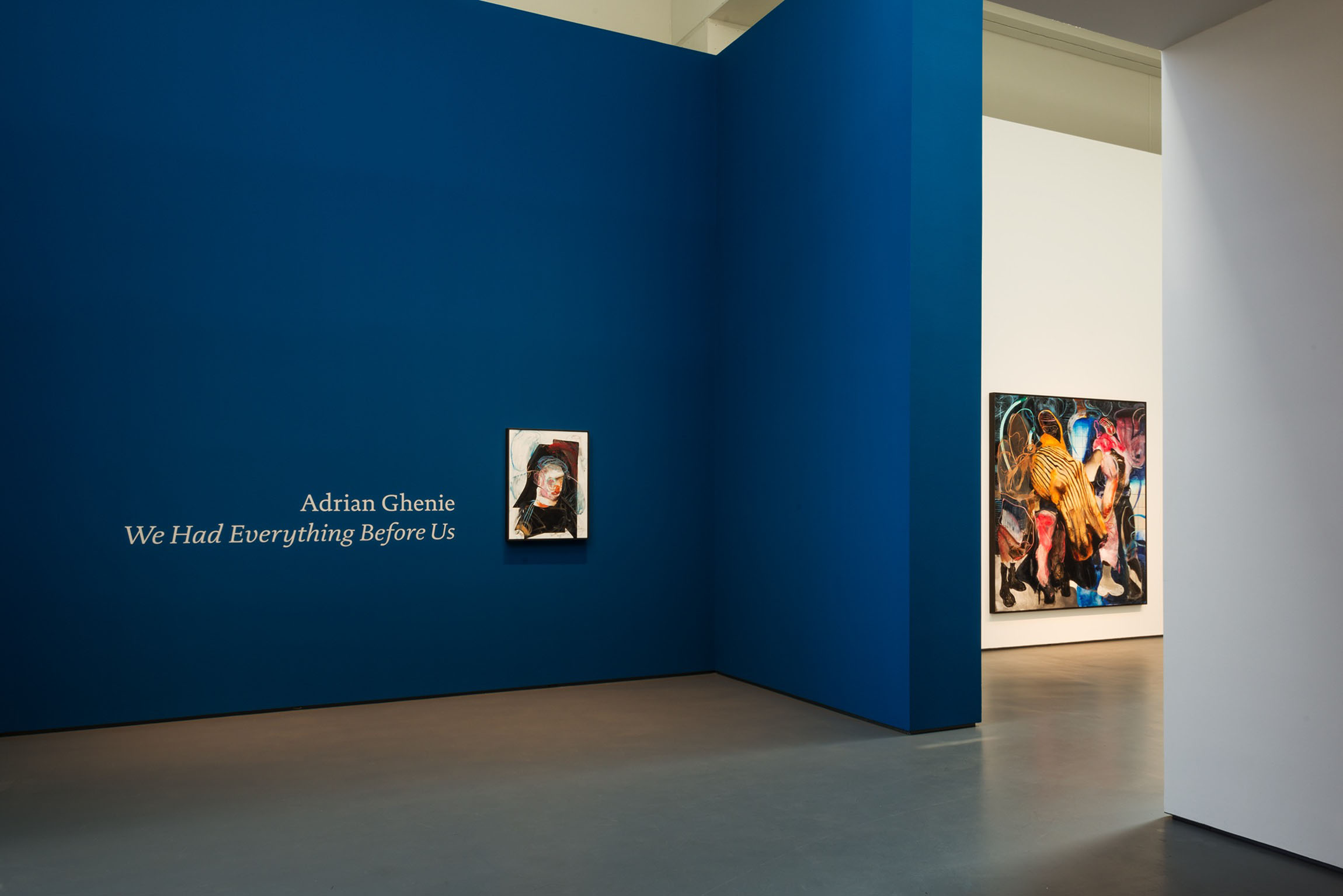 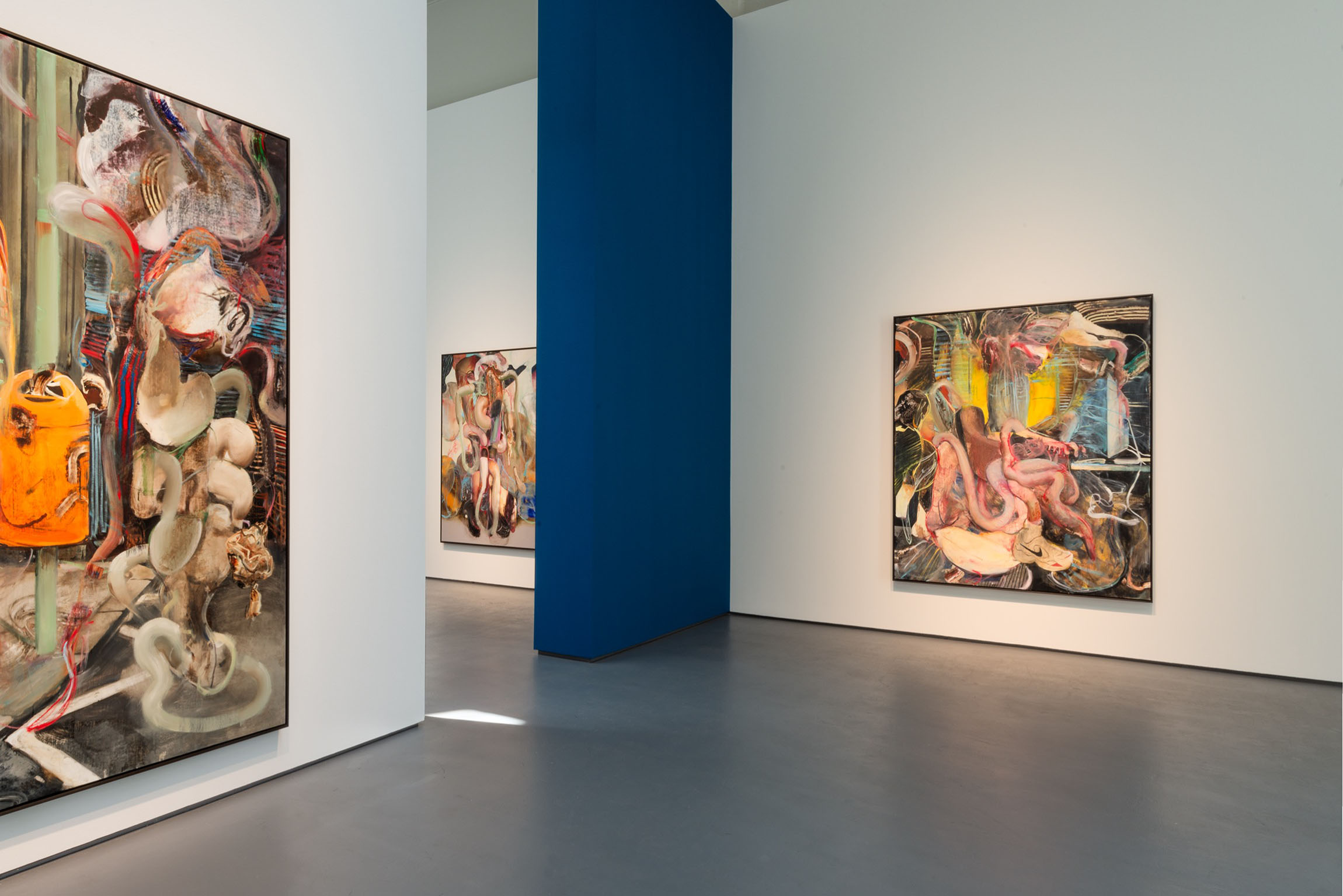 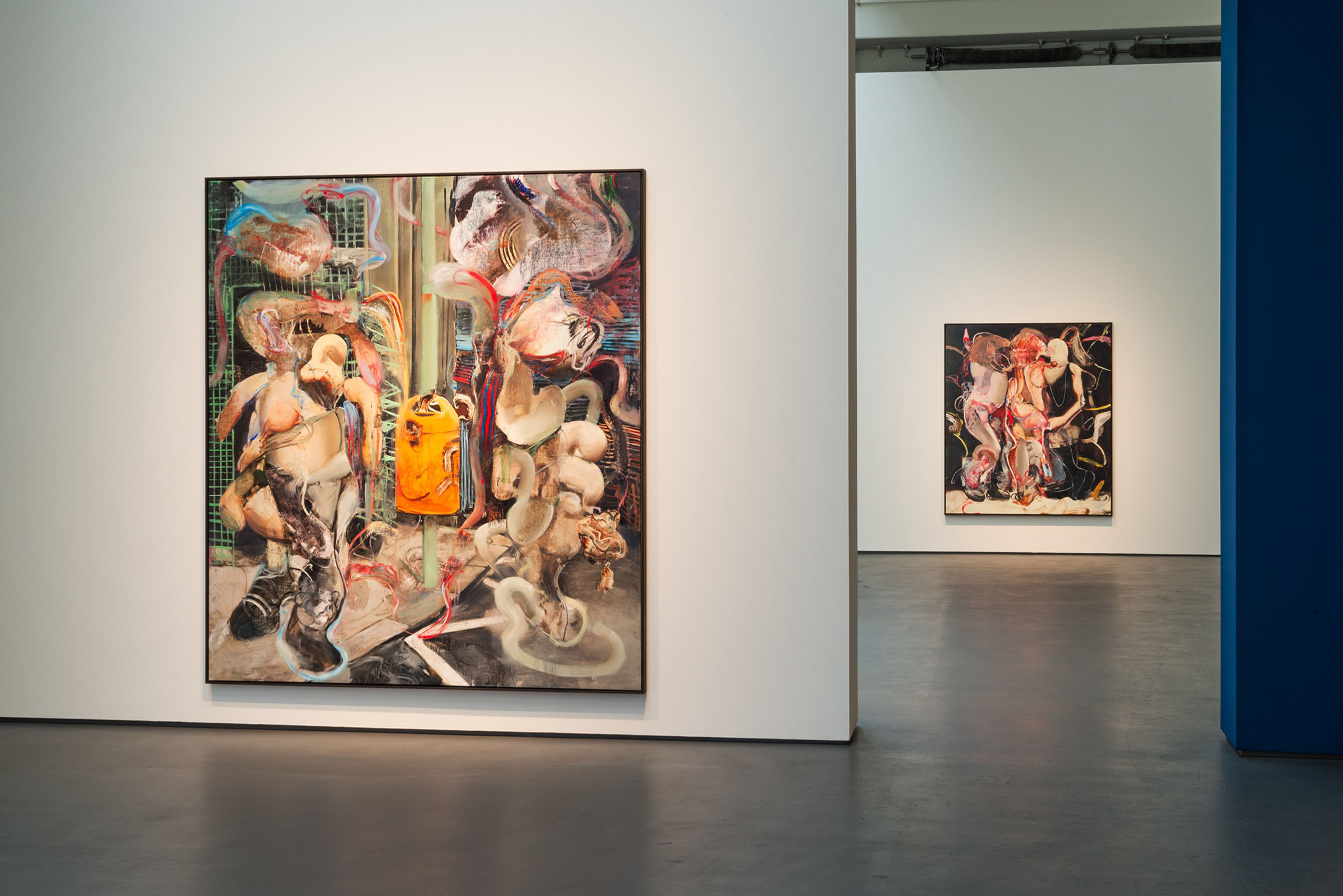 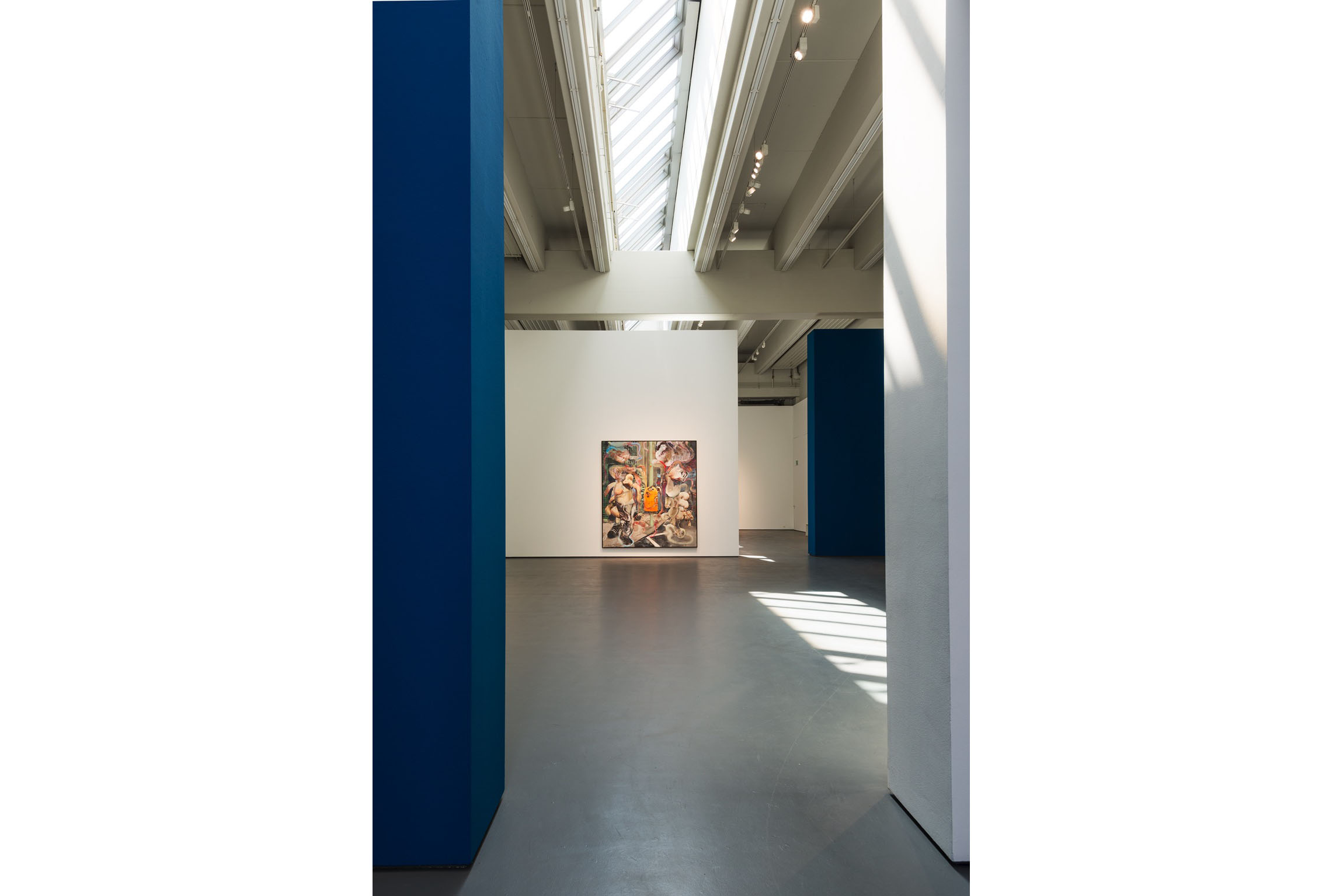 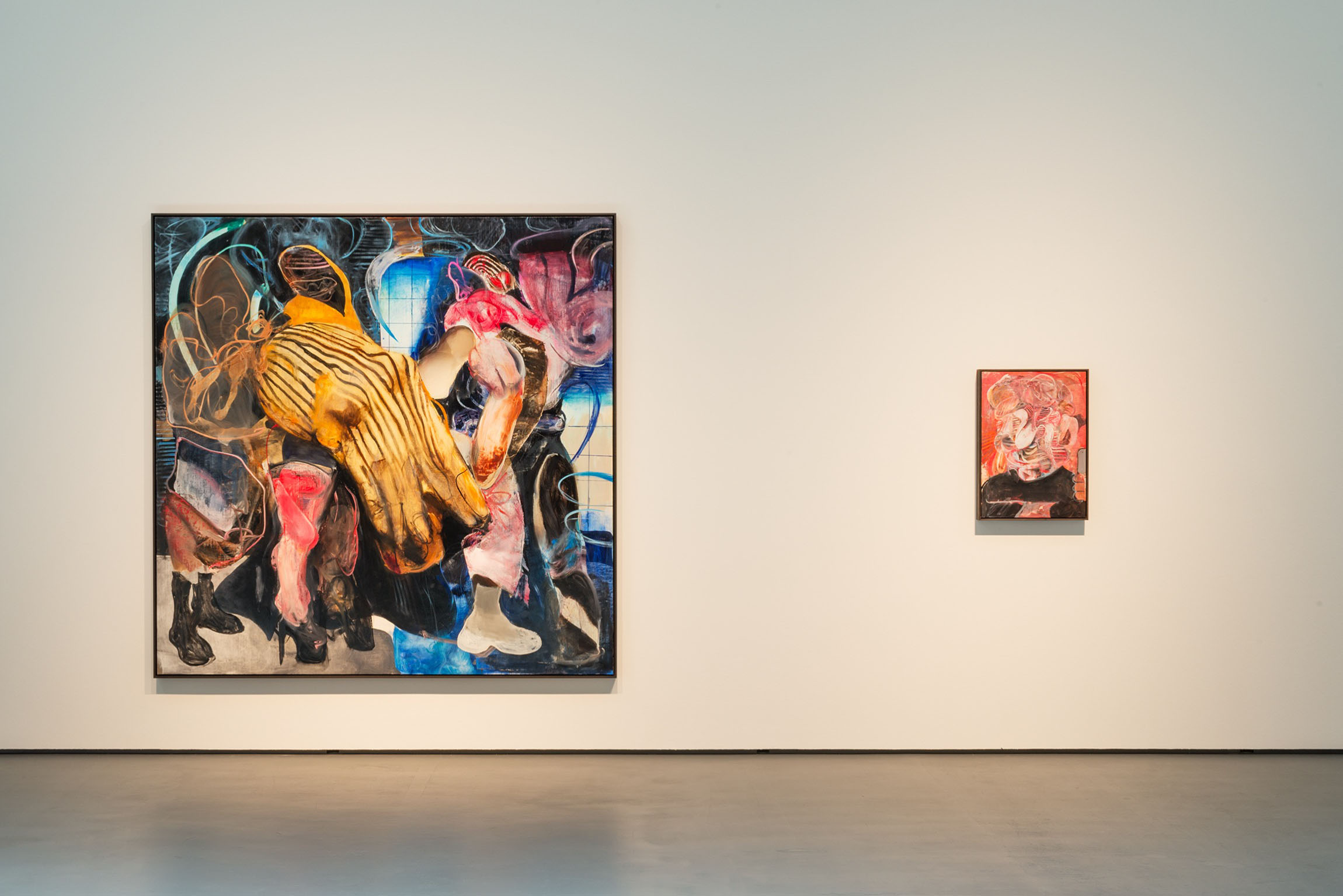 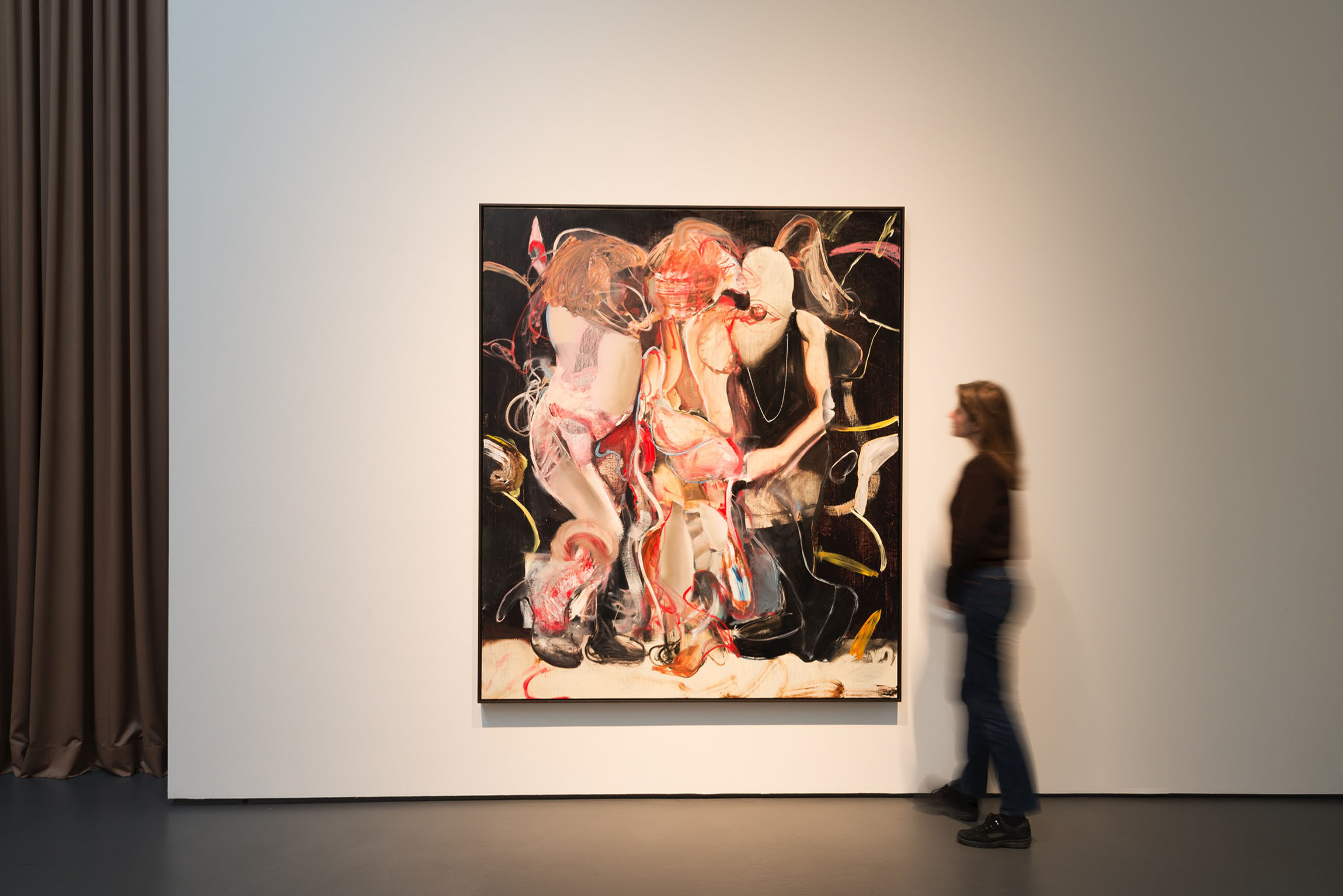 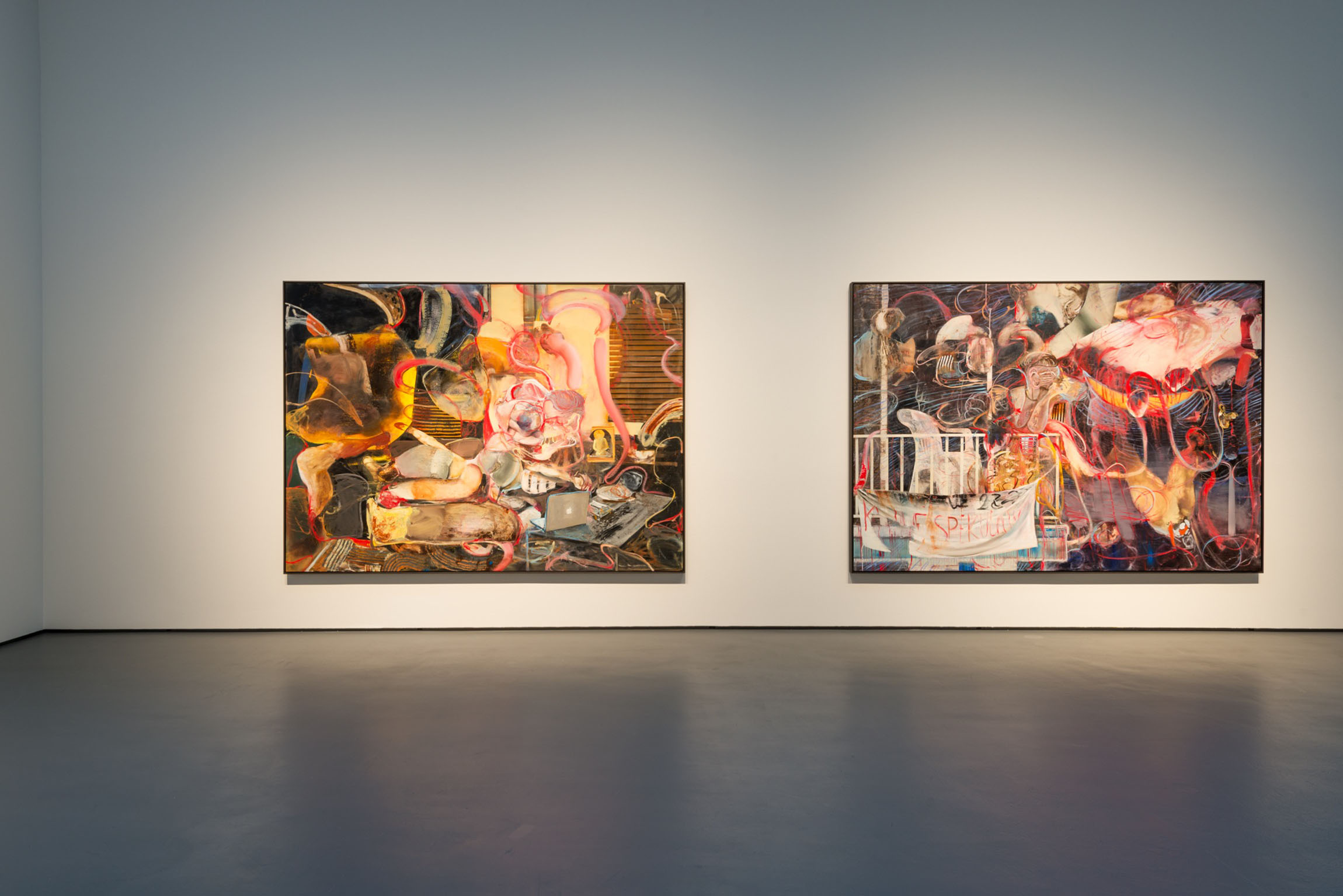 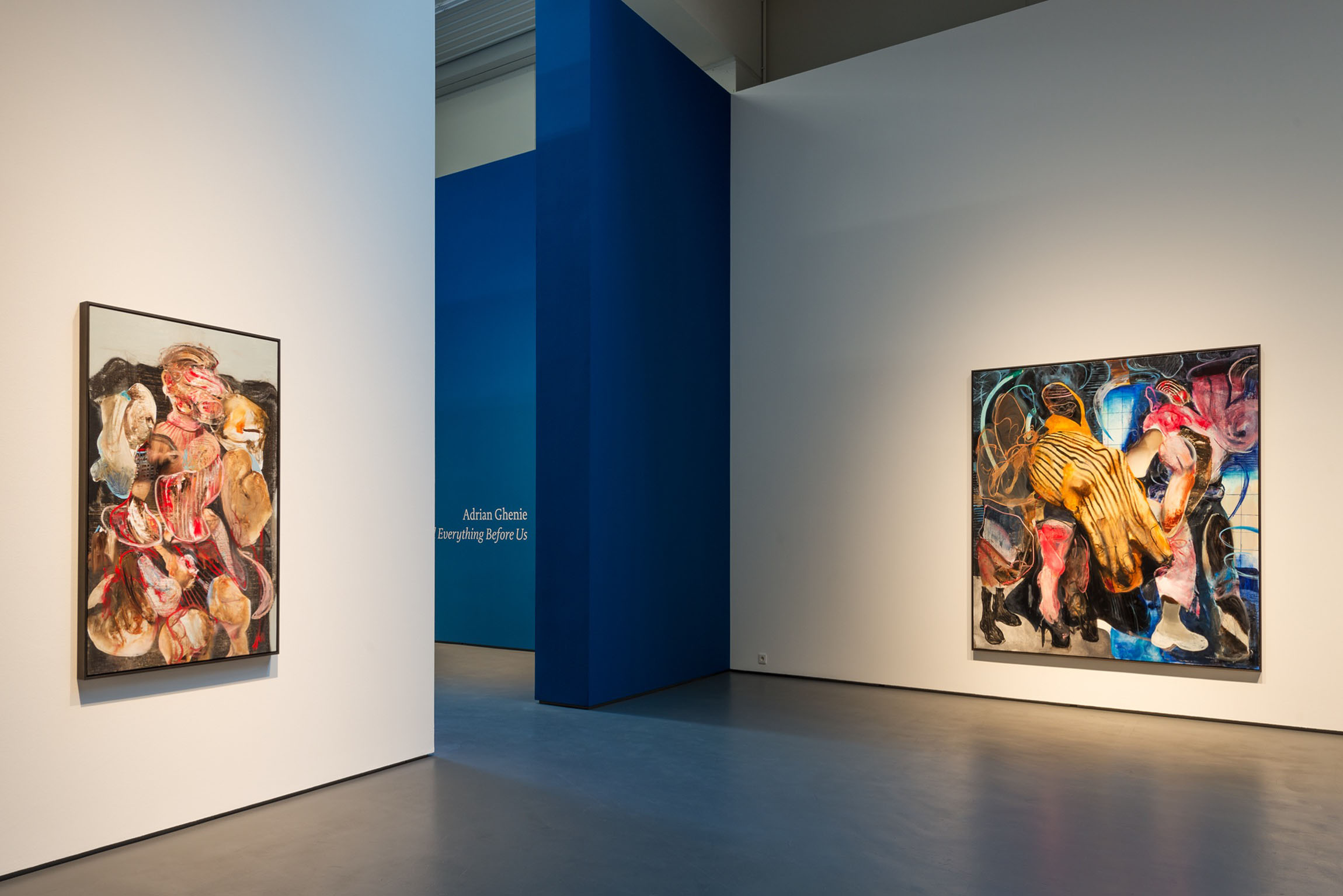 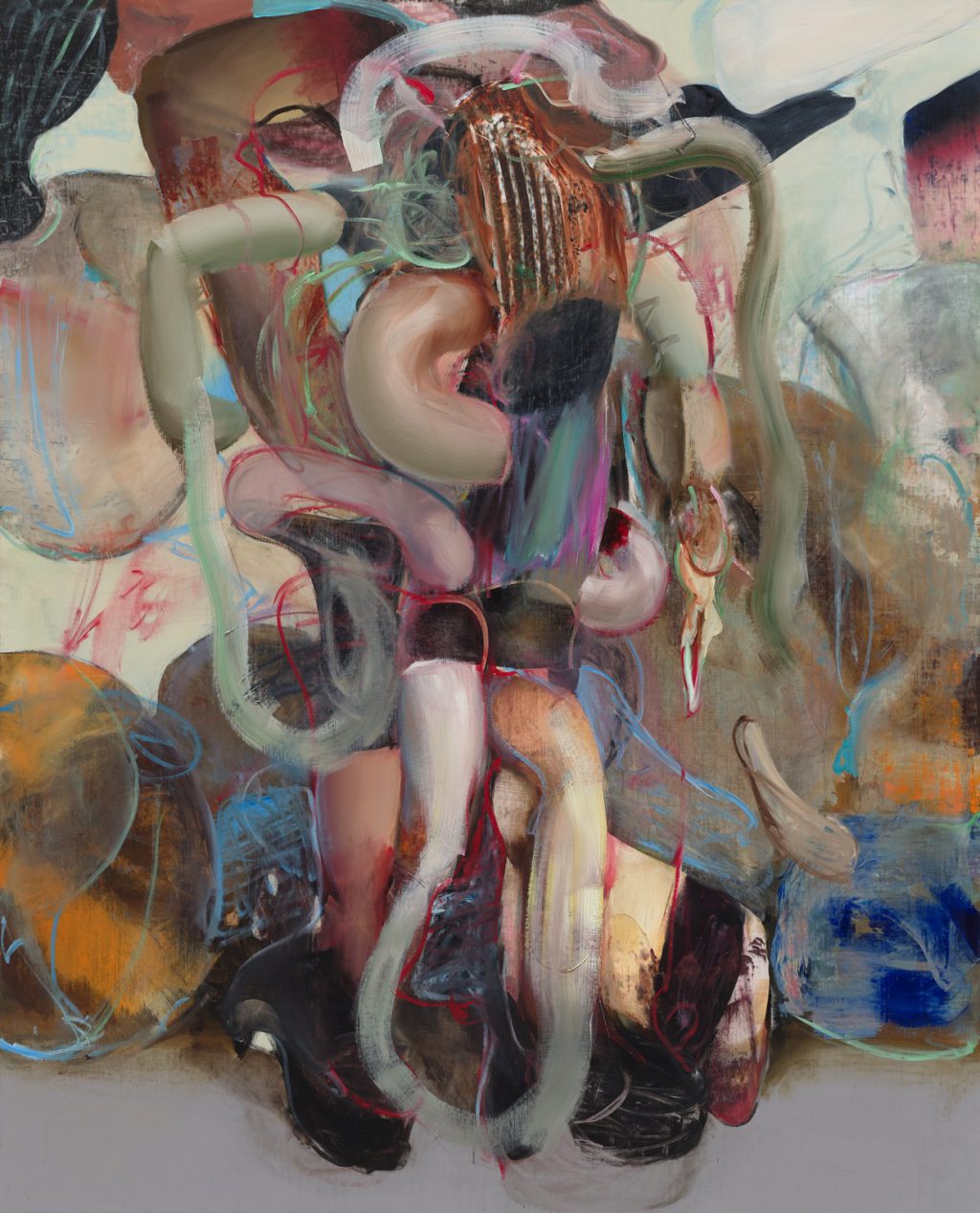 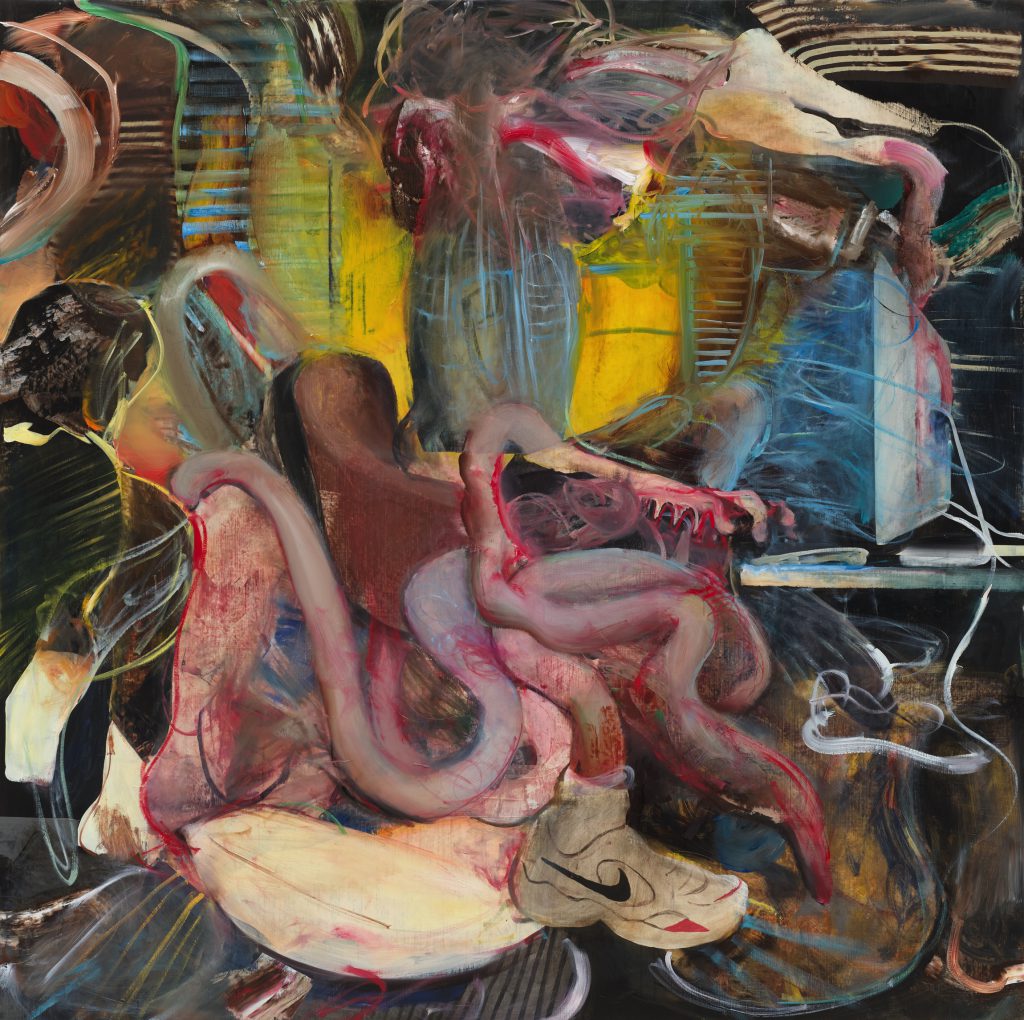 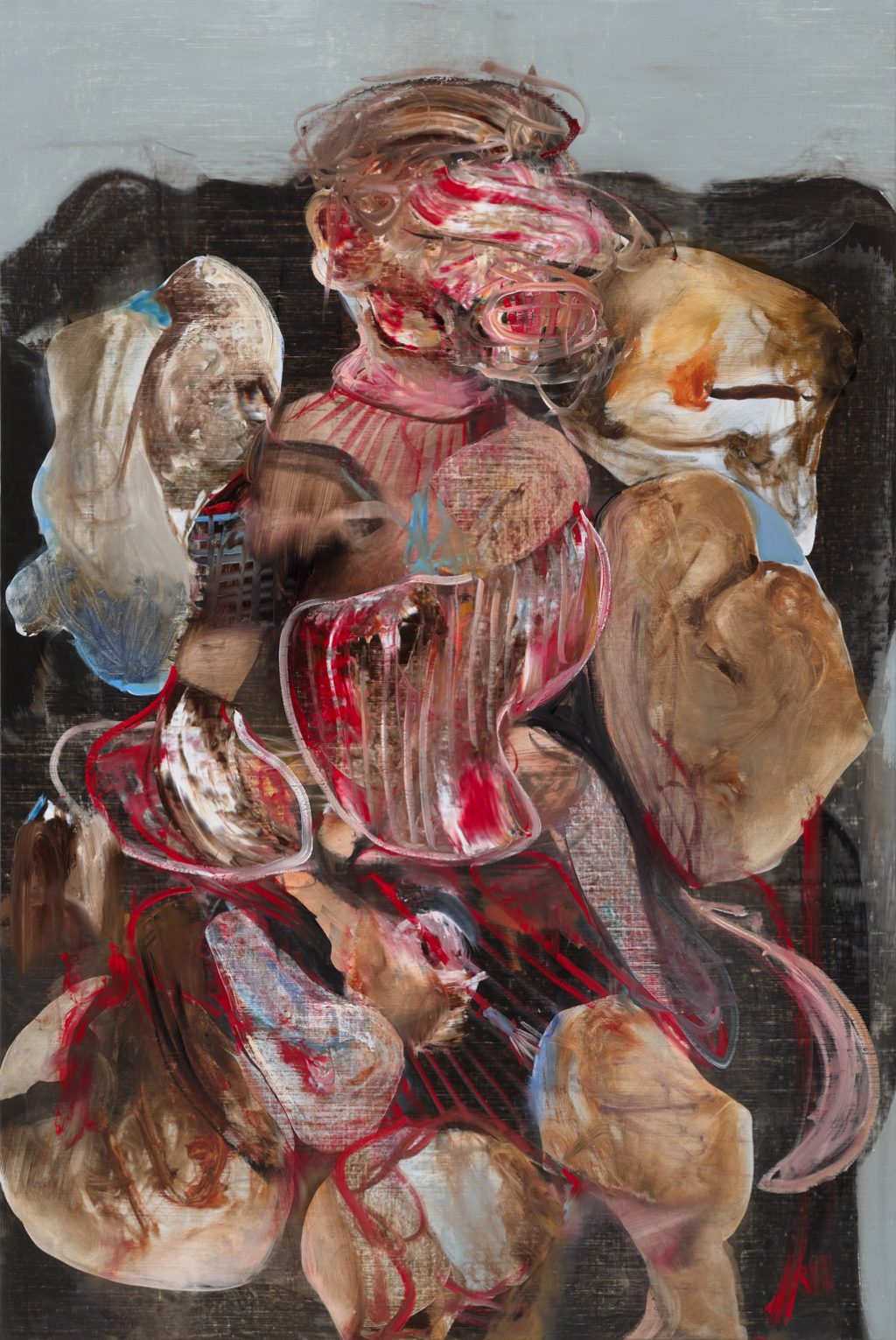 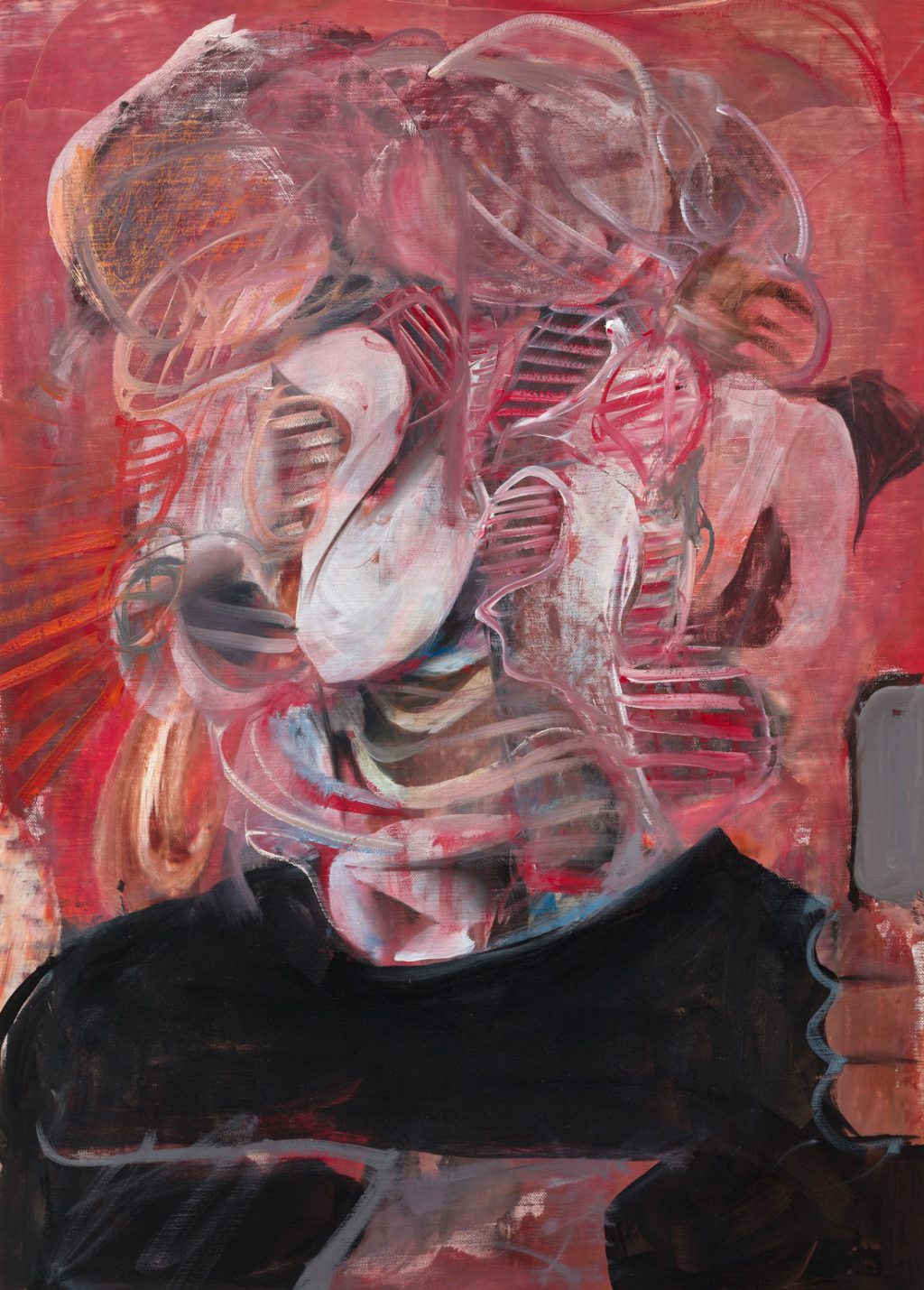 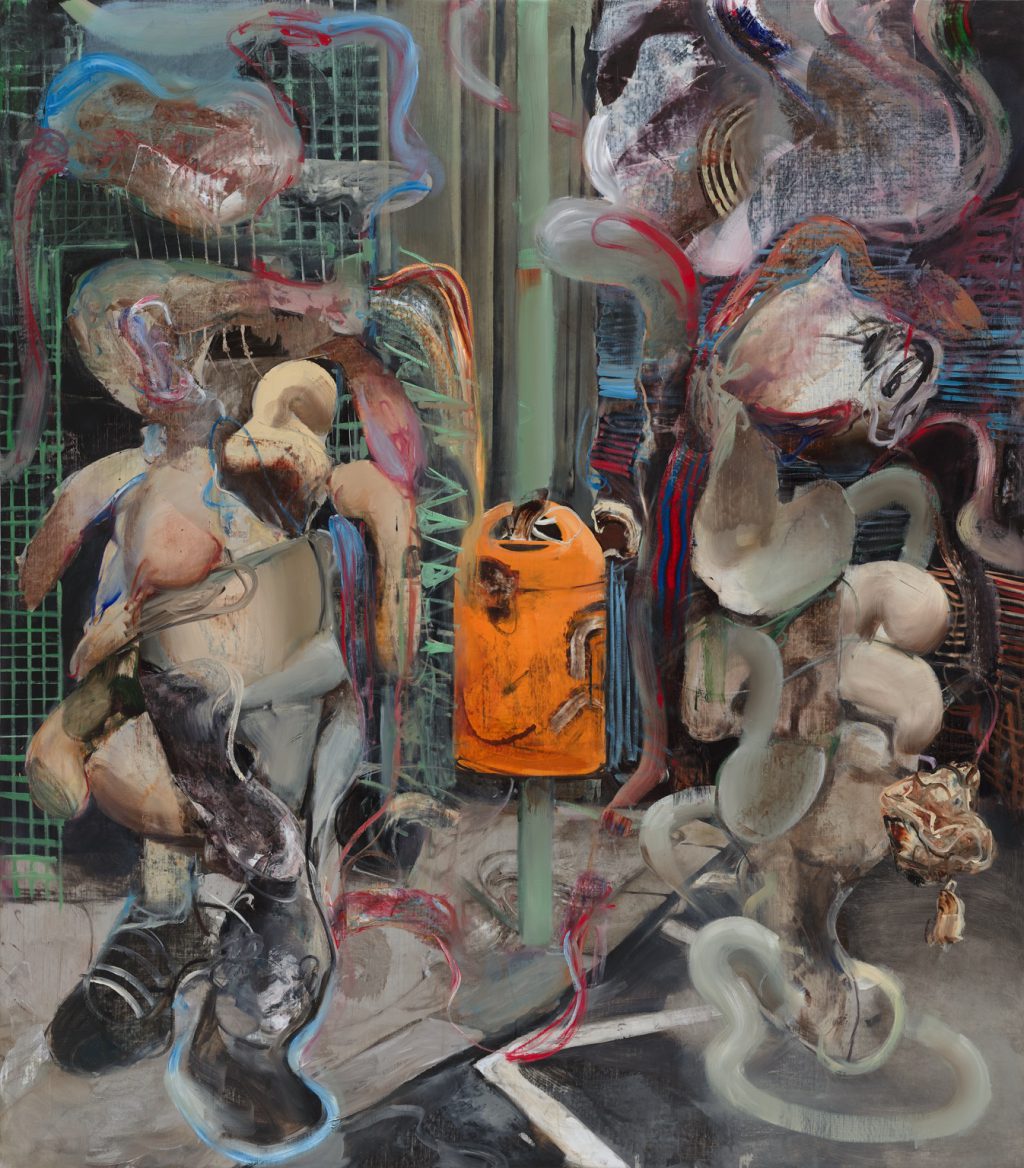 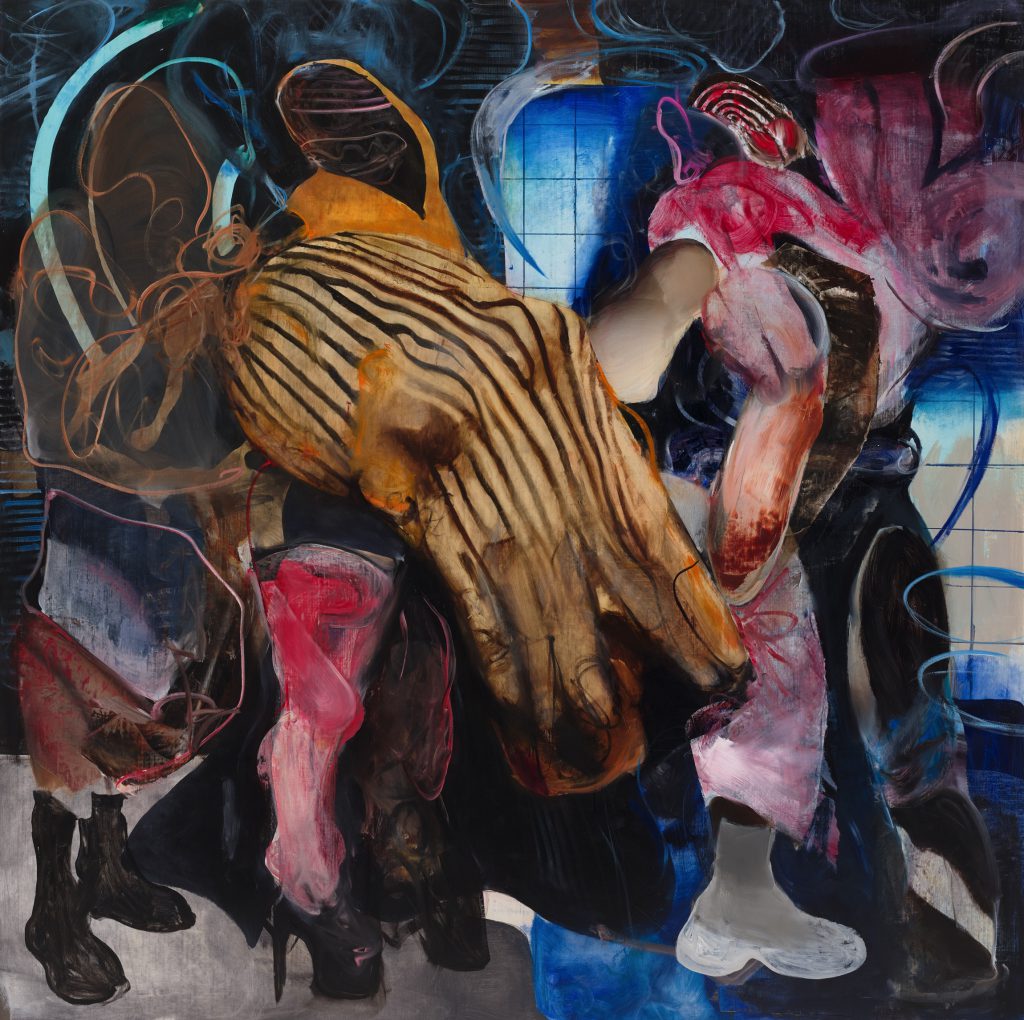 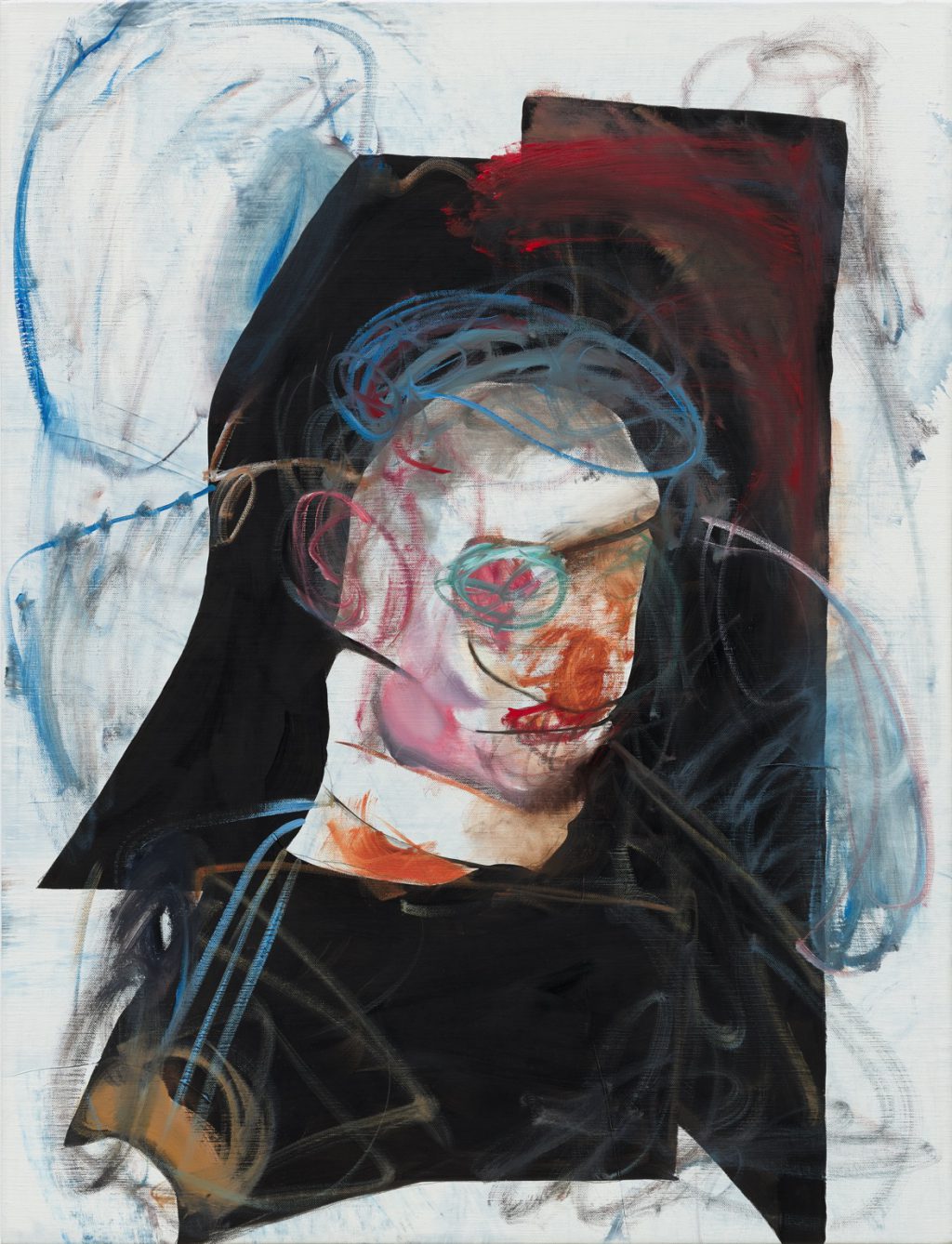 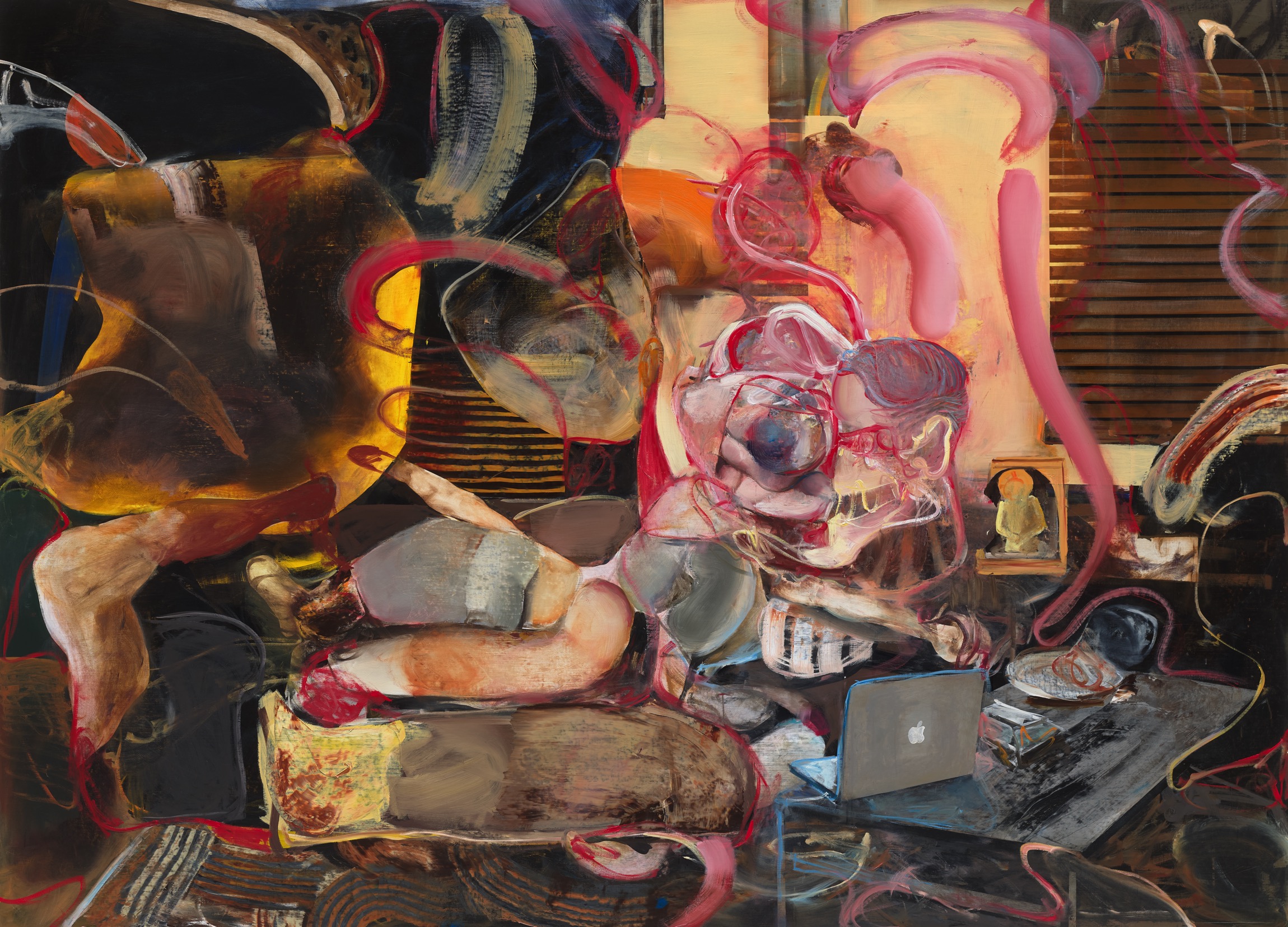 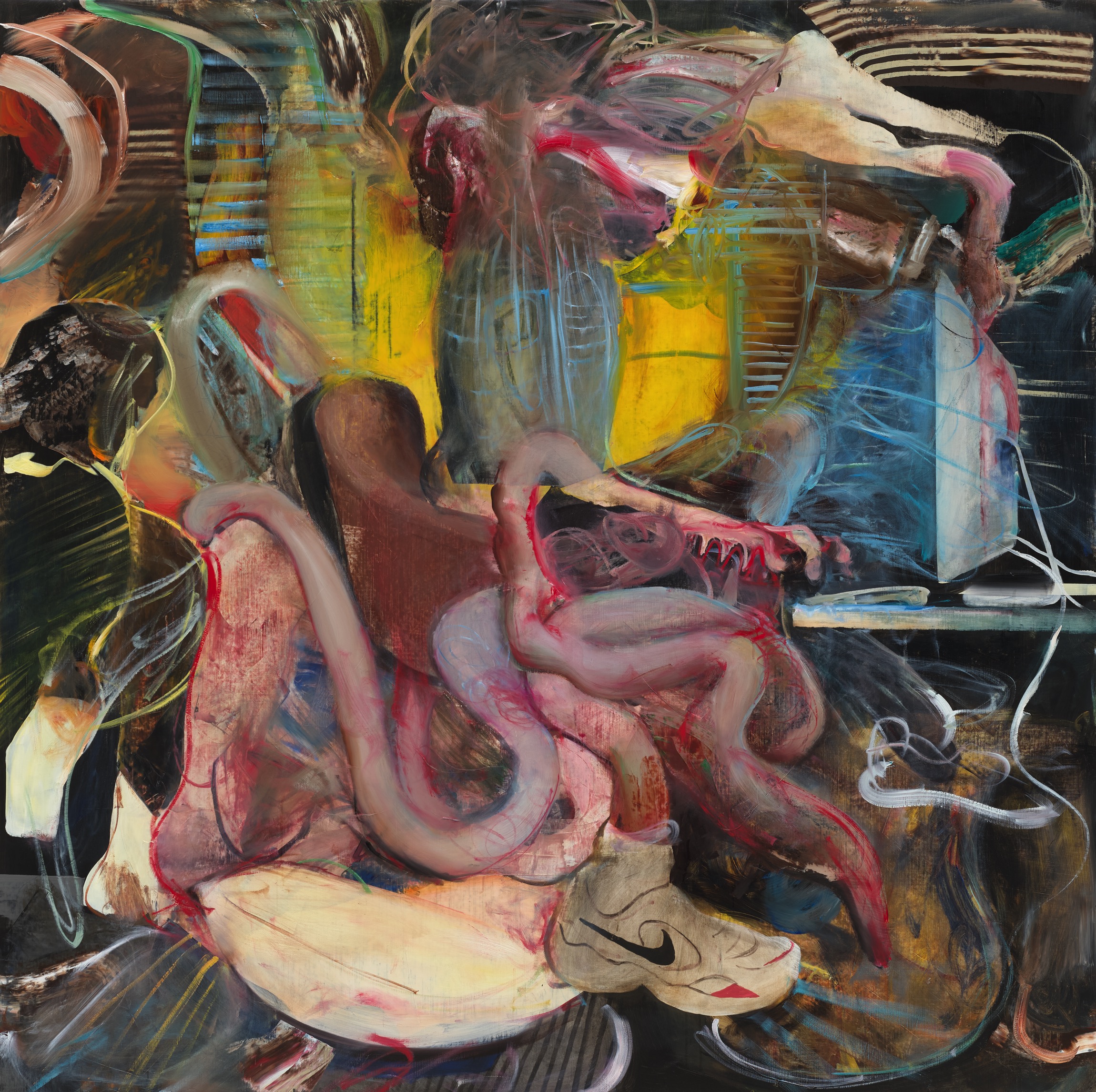 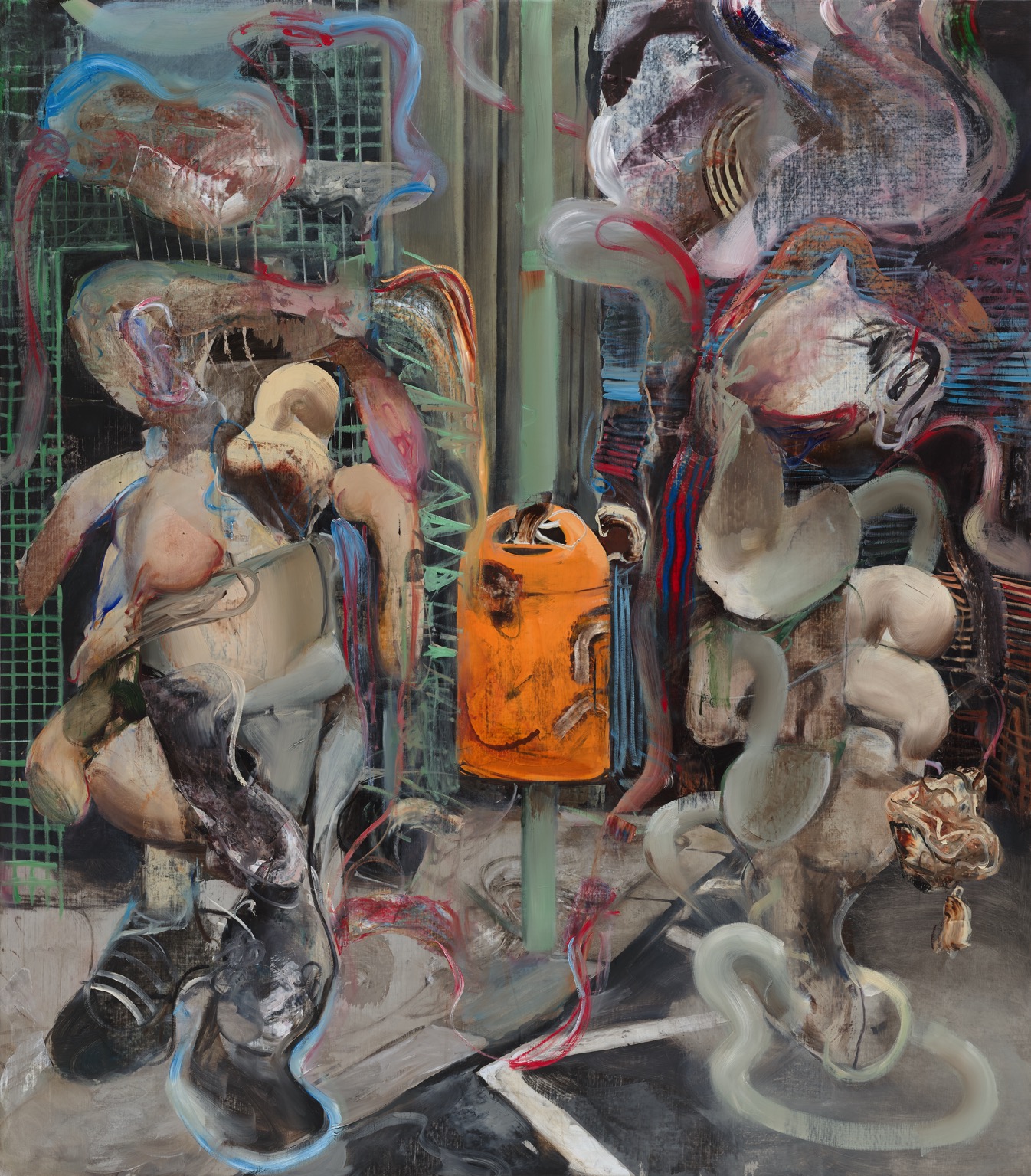 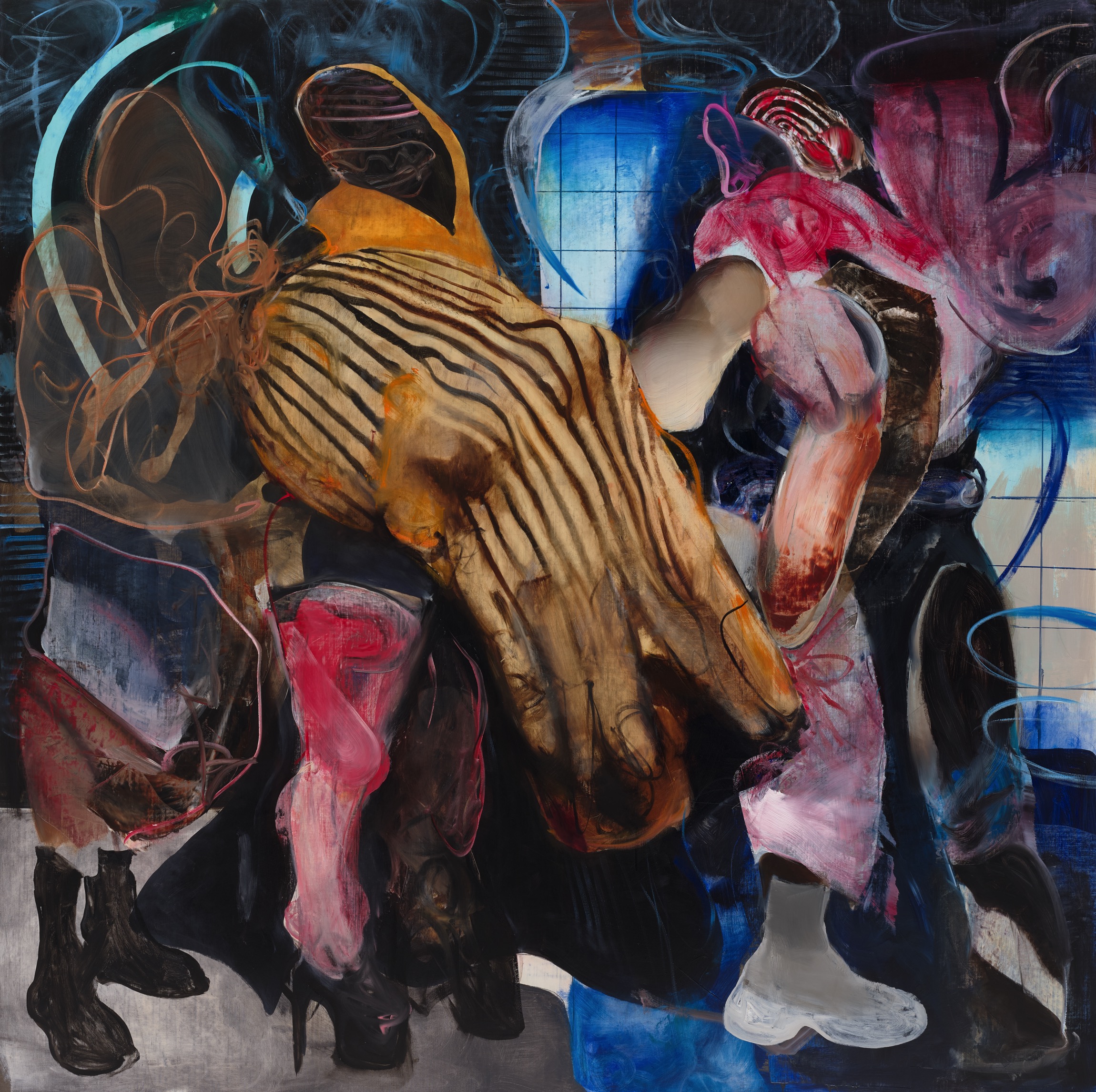 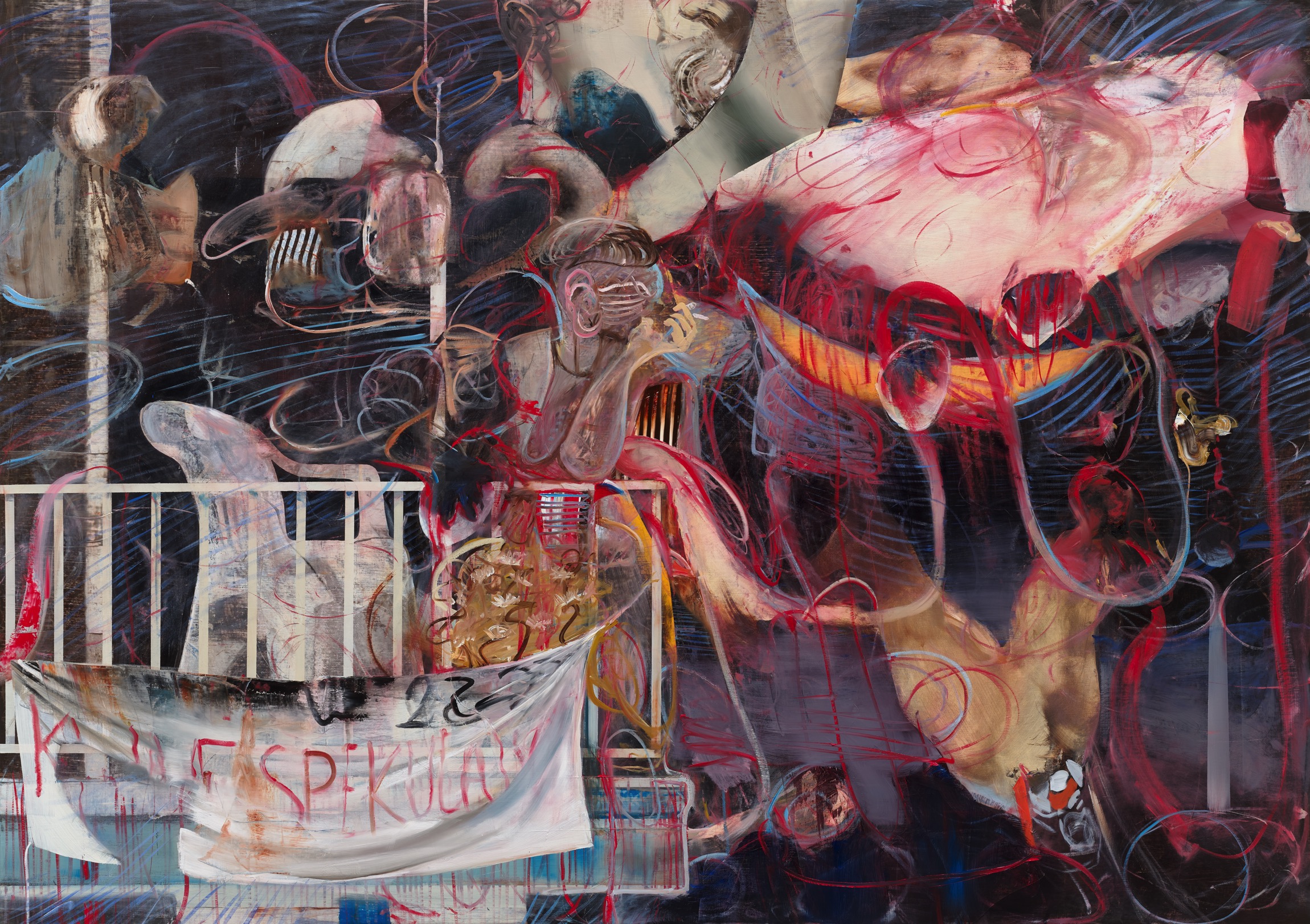 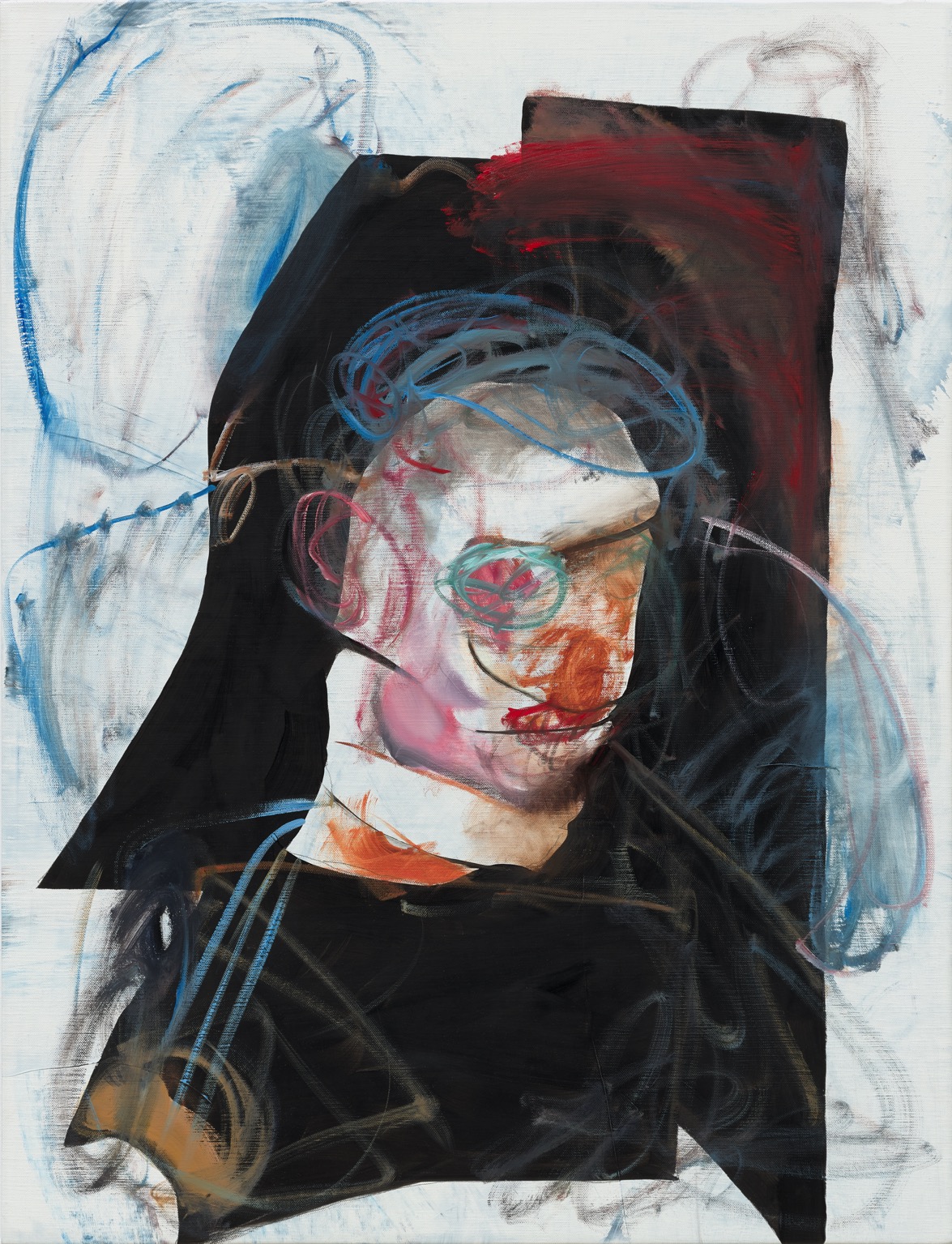 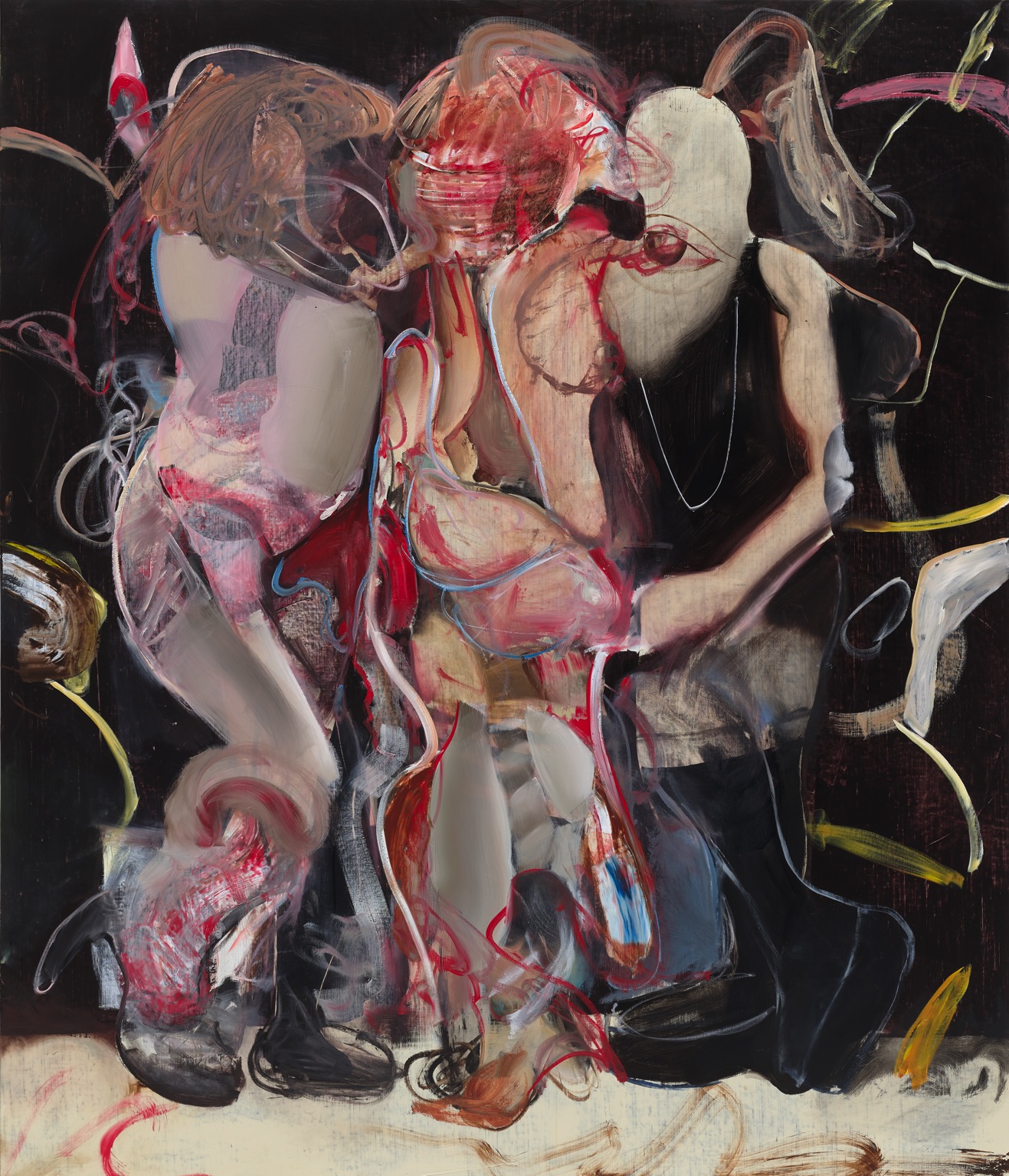 With this exhibition of new paintings, Adrian Ghenie and Juerg Judin look back on 15 years of collaboration. It began in 2006 with the now legendary group exhibition The Cluj Connection, followed by a solo exhibition within a year – Ghenie‘s first appearance on the international scene. Since then, he has become one of the most successful painters of his generation – the first generation to grow up in the new age of the internet. Ghenie’s response to this unprecedented flood of information, images and the technical “anything goes” was (and remains), his focus on the traditional, almost reactionary medium of painting. What distinguishes him from other figurative painters of his peer group is his profound understanding of art history, that never exhausted itself in citation, and an increasingly virtuoso play with different stages of recognizability.

Much has been written about Ghenie’s examination of the famous and the notorious of history who either led the way to the great evolutions of the 20th century (Charles Darwin, Vincent Van Gogh) – or were responsible for its great catastrophes (Hitler, Lenin). Their iconographic faces regularly merge with his own features in brilliant self-portraits. Now, in the ten paintings of the exhibition We Had Everything Before Us, all completed in the spring of 2021, Ghenie for the first time turns to his friends, neighbors and the buoyant pre-pandemic scenes of his home, Berlin. As the exhibition title suggests, the focus lies on the coming of age and the ensuing “lack of history”. It is about the moment when life is thought of exclusively in the present and future tense and the past tense seems a long way off.

With this series of works, the artist has created a panorama of his Berlin, that cosmopolitan city where, despite increasing gentrification, many subcultures flourish and borders are more fluid than elsewhere. Ghenie, more an observer in the background than part of a scene, has transformed encounters with its exponents into paintings – or to be more precise: he has tried to transfer the memory of the feeling that had resulted from such encounters onto the canvas. He uses the verb “to download” for this process. Ghenie has repeatedly referred to the human body as a landscape, and never has this been more comprehensible than in these paintings. We recognize voluminous, amorphous and sometimes tubular bodies that intertwine or disintegrate. The anchors of these body constructs are usually strikingly fashionable shoes, which give the portrayed – in lieu of the missing faces – a personality and an assignability. In Feeling Odd, Ghenie has piled up shapes to form a body, reminiscent of Giorgio de Chirico’s metaphysical compositions. Like de Chirico, Ghenie draws from memories to create a sense of dislocation in time and space. He offers clues rather than solutions. It’s an iconography that calls into question traditional ways to ascertain gender. The same is true for The Three Graces, in which gender fluidity levers out Canova’s trinity of beauty, femininity and morality.

Ghenie not only takes up the actual transformation – natural or surgical – of one’s own body, but also the interrogation and transformation of the photographed, digital self. In The Selfie, the face literally dissolves in the typically nervous search for the perfect photographic angle. The background-free The Teenager, awakens pre-smartphone memories of blinding flashes in photo booths and the inevitable disappointment with the result. Self-Portrait with Paintbrush then combines introspection and the perception of others to create an almost prismatic representation of personality.

All this notwithstanding, Ghenie‘s group of works also embraces the light-hearted and gregarious moments of growing up. The Flirt, tells of a sparking chance encounter on a Berlin street corner, utterly disarming despite the screaming orange rubbish bin – a Berlin landmark. Hanging shows a couple, perhaps after a long night out, in tight embrace in front of a laptop, bathed in the warm light of the rising sun. In Home Alone we encounter the lonely counterpart, binge-watching in front of the flickering screen – the mesmeric pull of Netflix and any number of other sites trawled unceasingly as lockdown enforces prolonged periods of isolation. The Queue depicts a situation all too familiar in Berlin’s crowded clubs: waiting outside the toilets for a cubicle – the only space for a brief retreat. The flip side of Berlin’s increasing popularity as a party destination, while also attracting a growing middle class, is wonderfully distilled in The Squat. A young woman is smoking on the balcony of a squatted building. The once so carefree idealism and activism of Berlin’s youth, never broken by the authorities, has lost its fight against the power of real-estate developers. Long dark winters have done the rest – tearing into the combative banner.

In these paintings, Ghenie embraces the Coming of Age of both the individuals that he encounters and the city he lives in. To realize this he has created a stylistics of transition to interpret this process of adaptation, transition and conversion by layering and mixing painterly and graphic elements. The draftsmanship Ghenie achieves by using a fine brush, lends the compositions a surprising tenderness and fragility. This helps to capture that instance of uncertainty and the the new course set towards transformation. It’s a moment when everything seems possible, which is alluded to in the title of the exhibition – with recourse to the famous first sentence of Charles Dickens’ A Tale of Two Cities: “It was the best of times, it was the worst of times, it was the age of wisdom, it was the age of foolishness, […] we had everything before us, we had nothing before us, we were all going direct to Heaven, we were all going direct the other way […]”.