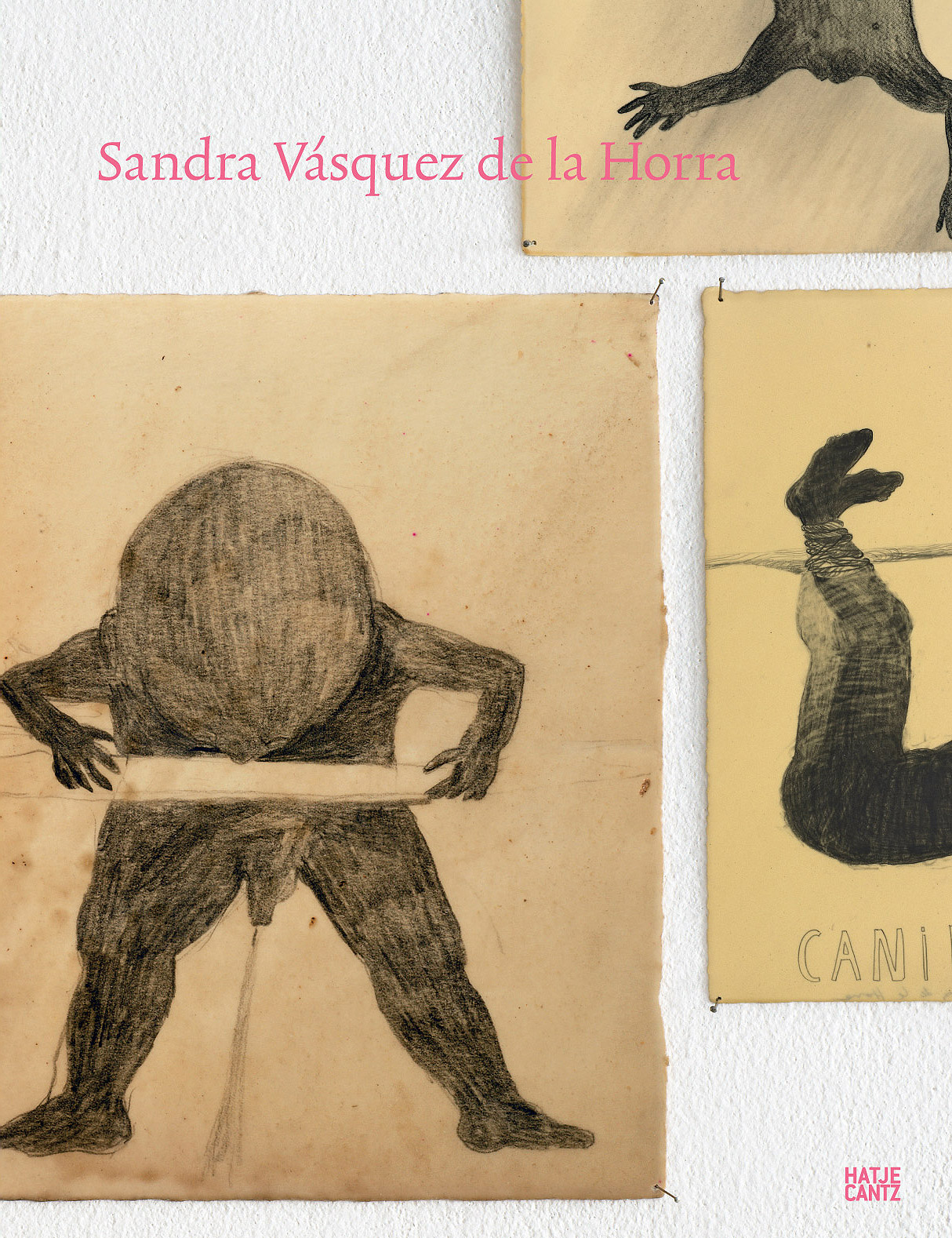 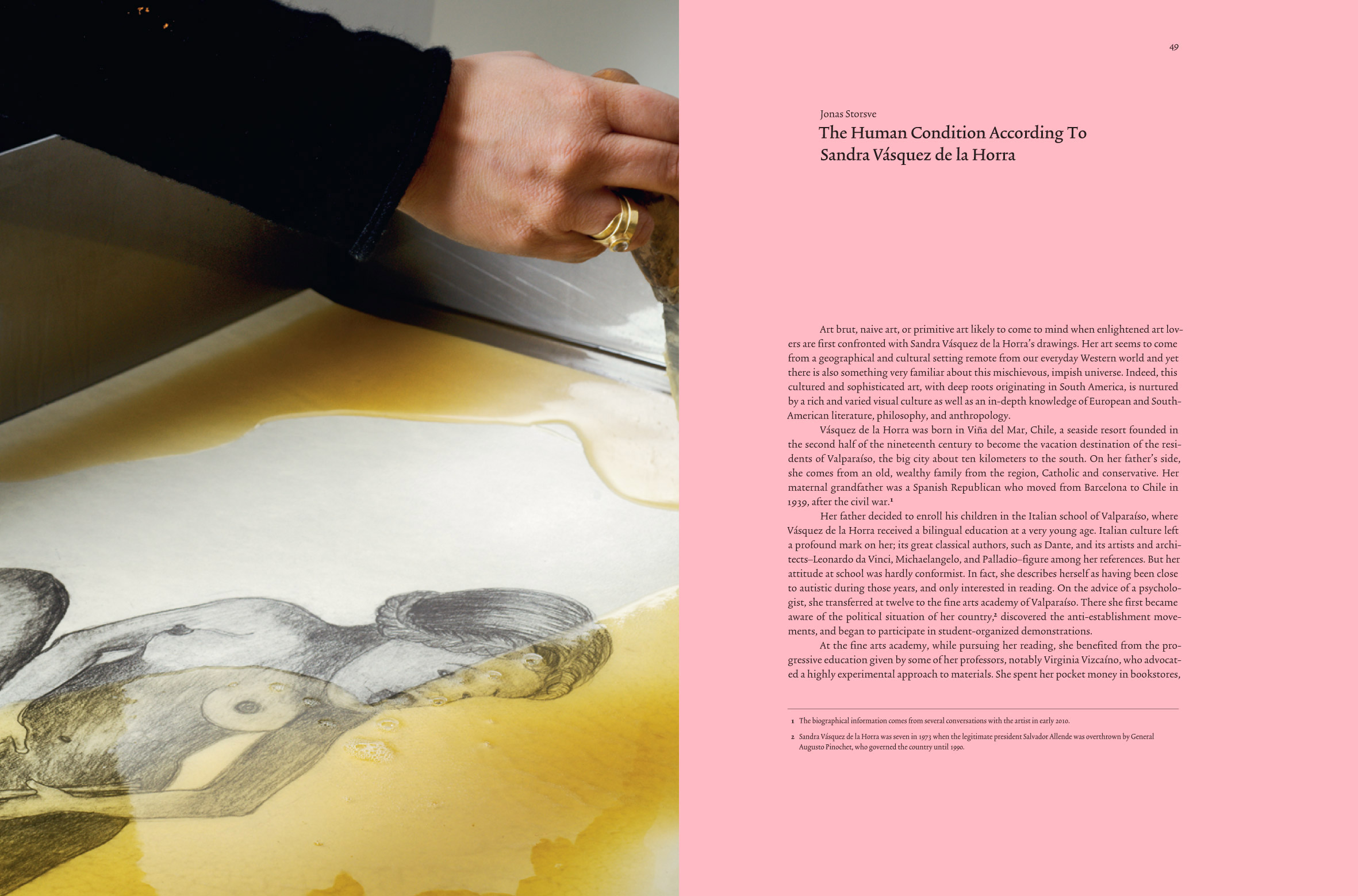 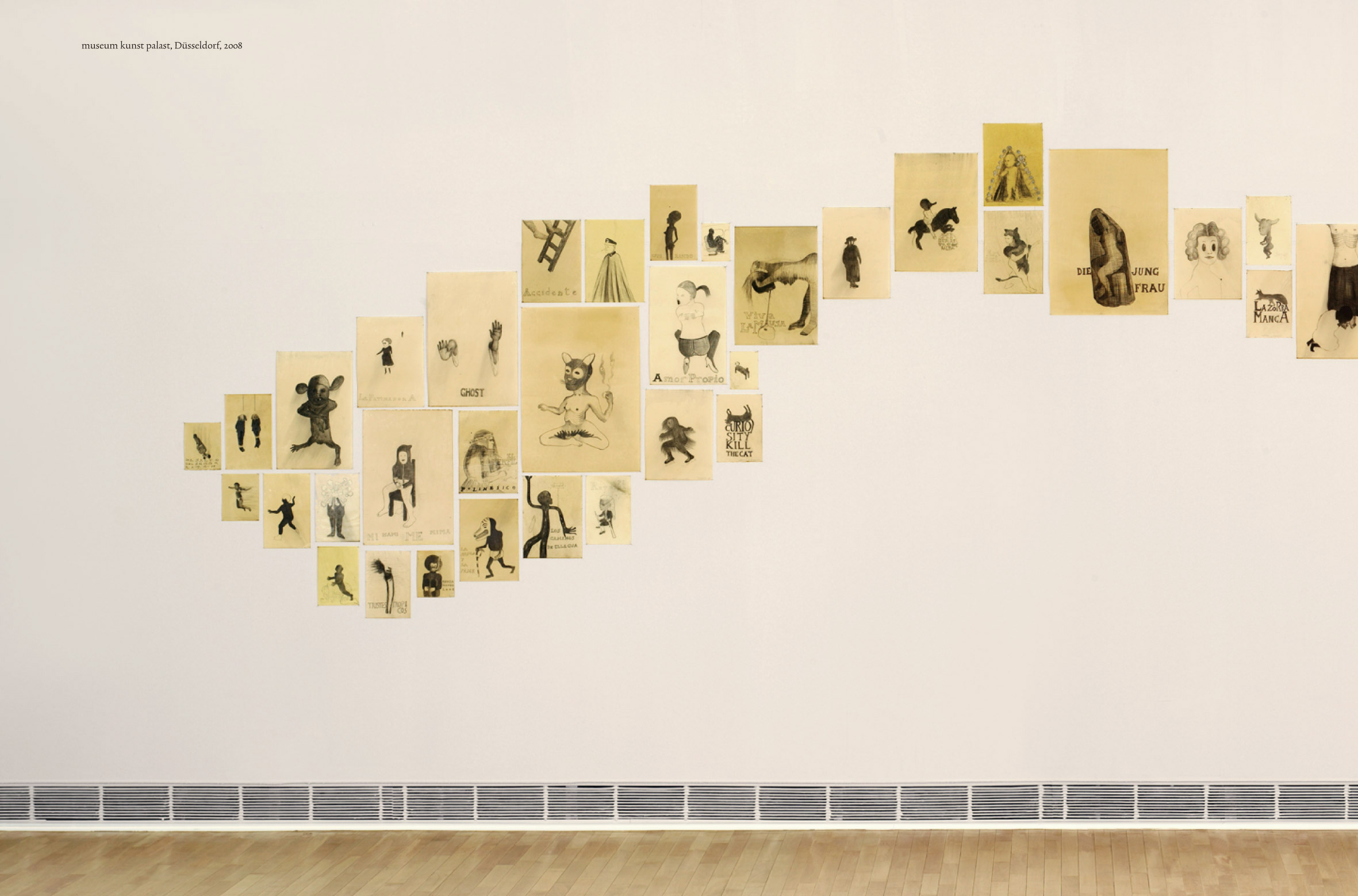 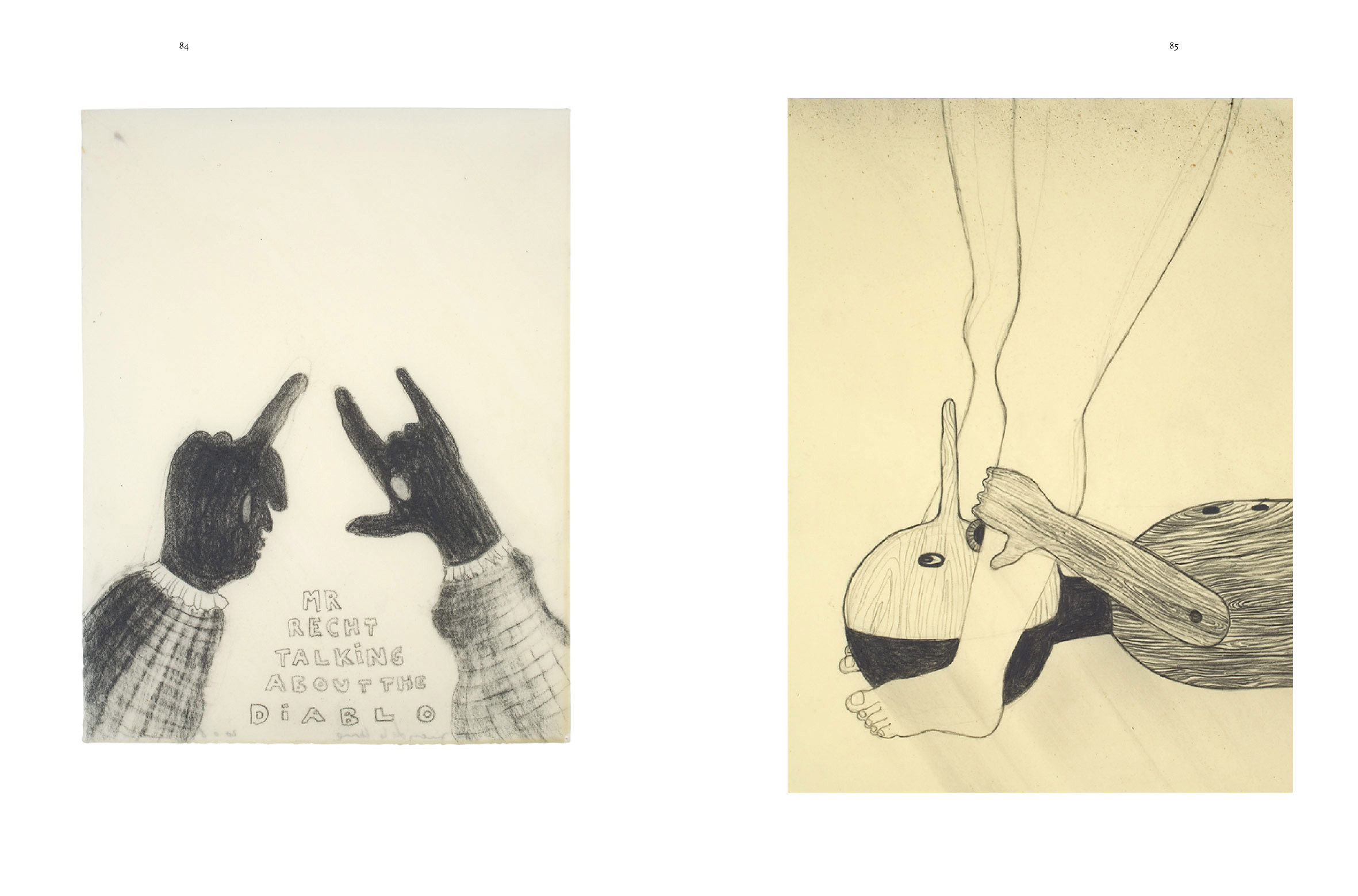 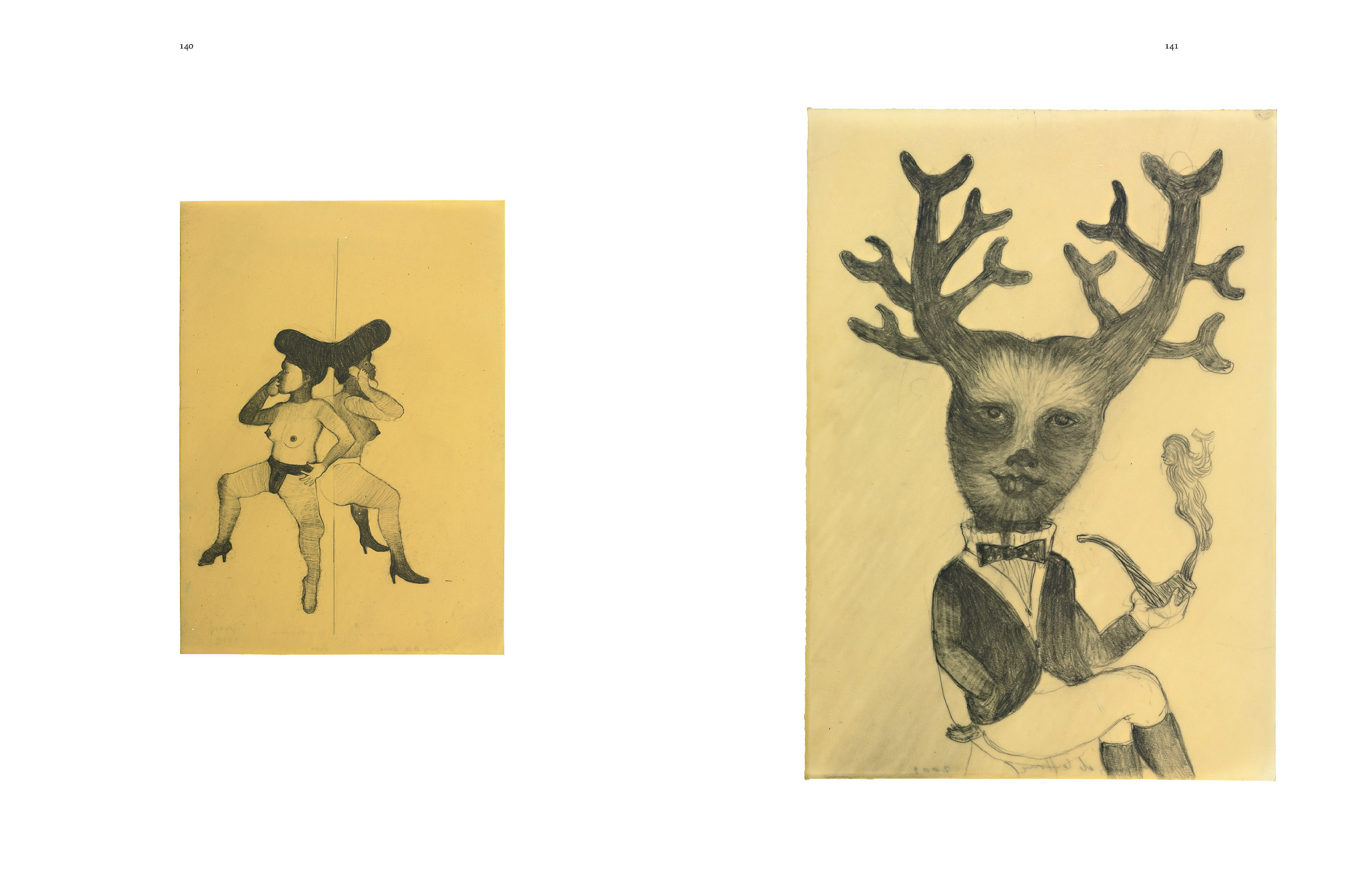 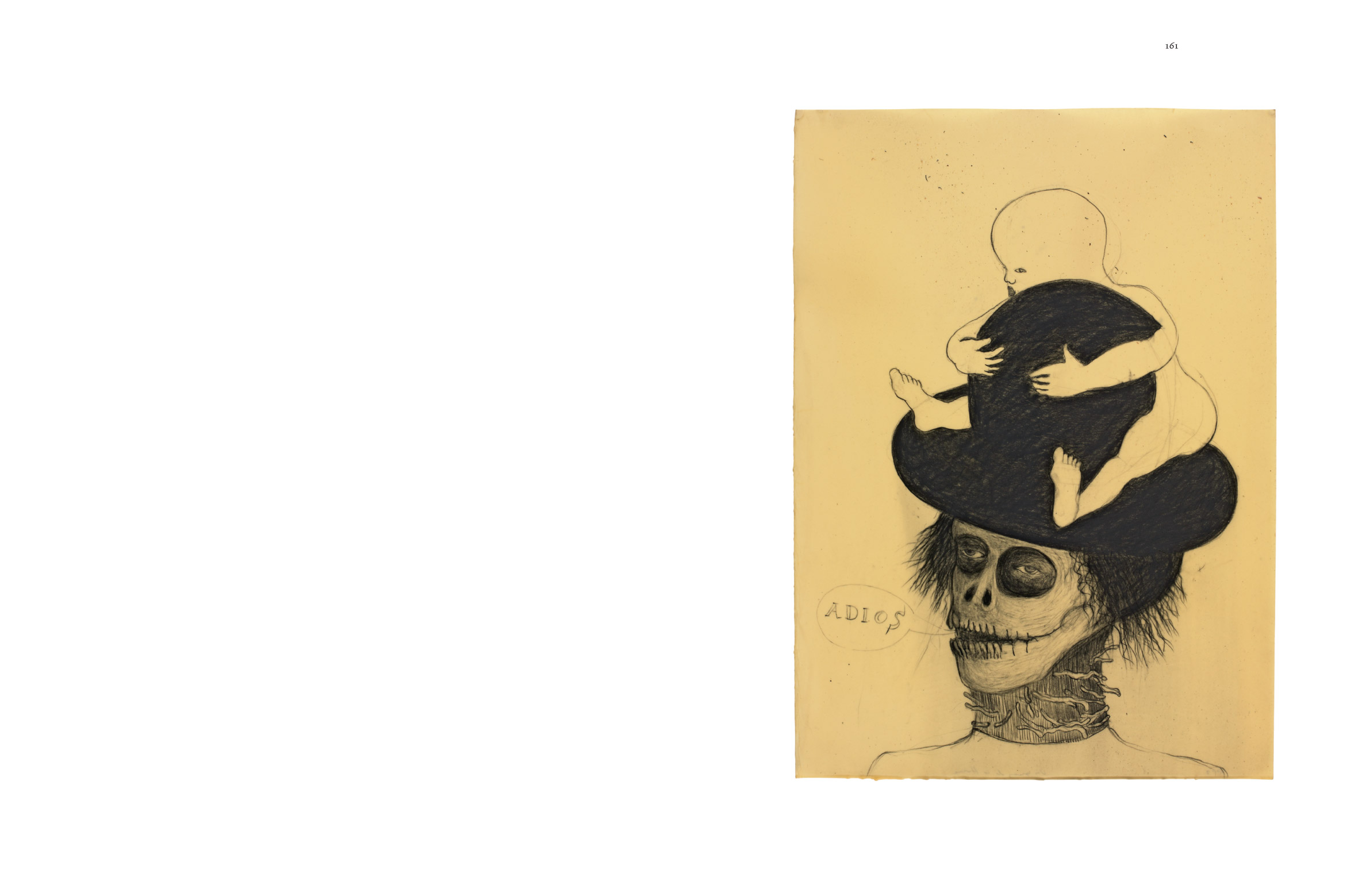 The intimately melancholic drawings of Chilean-born, Dusseldorf-based artist Sandra Vasquez de la Horra are saturated in “artifactness,” in the atmospheric fragility of fugitive ephemera. They are also saturated in a more literal sense, in a melted beeswax that, when hardened, embalms them in a yellow-brown laminate that further heightens their artifact feel. De la Horra’s pencil drawing-documents usually consist of a single figure, often a hybrid creature of some kind, and a semi-explanatory motto or commentary; among her repertoire of themes are native religions, persecution, superstition, fairy tales and recollections of the Pinochet regime under which she was raised. Reminiscent of works by Munch, Louise Bourgeois and Herbert Pfostl, de la Horra’s drawings can be found in important collections such as the Centre George Pompidou in Paris, the Morgan Library in New York and the Museum Kunst Palast in Dusseldorf. This is the first monograph on her work.