George Grosz
The Way of All Flesh 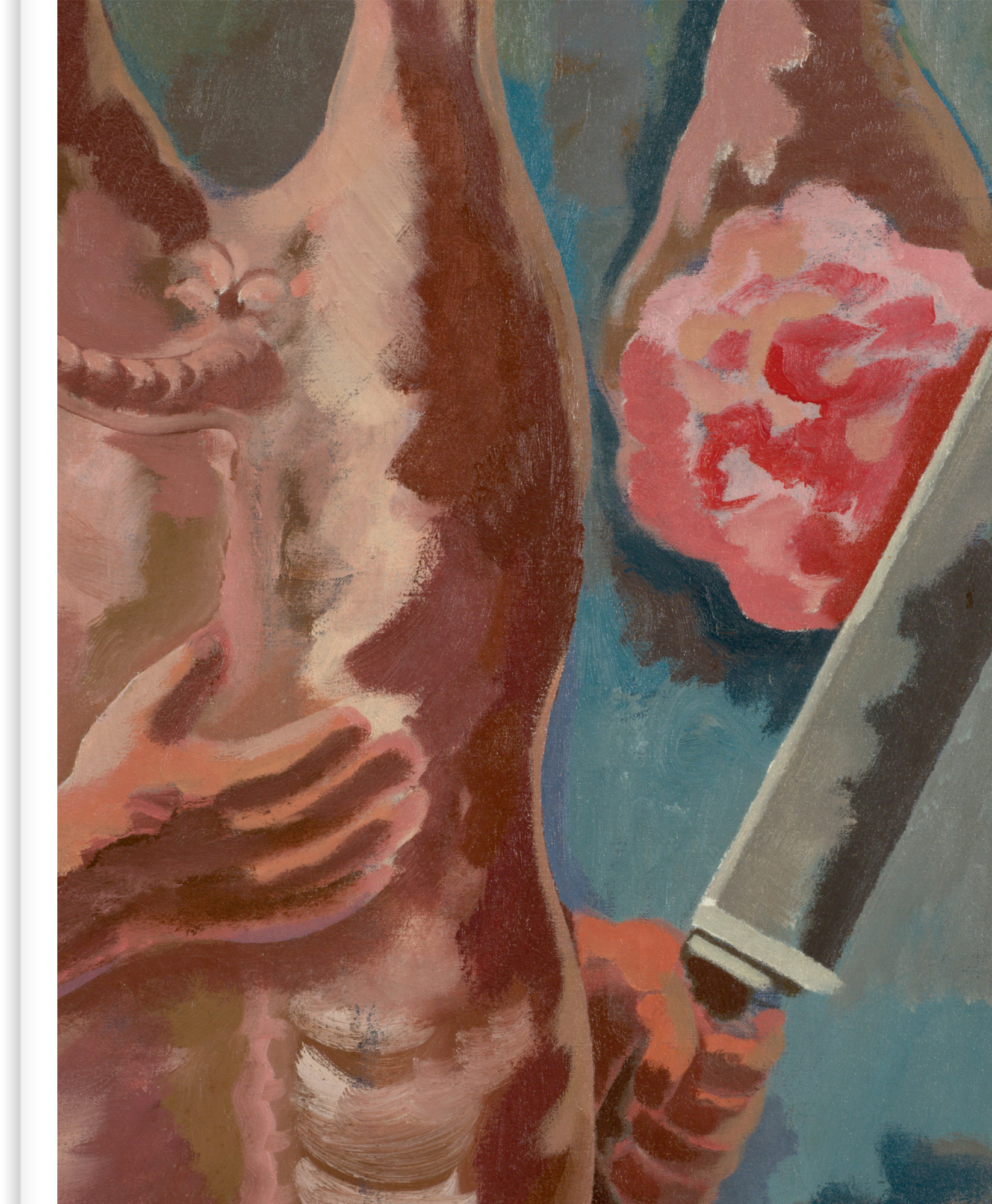 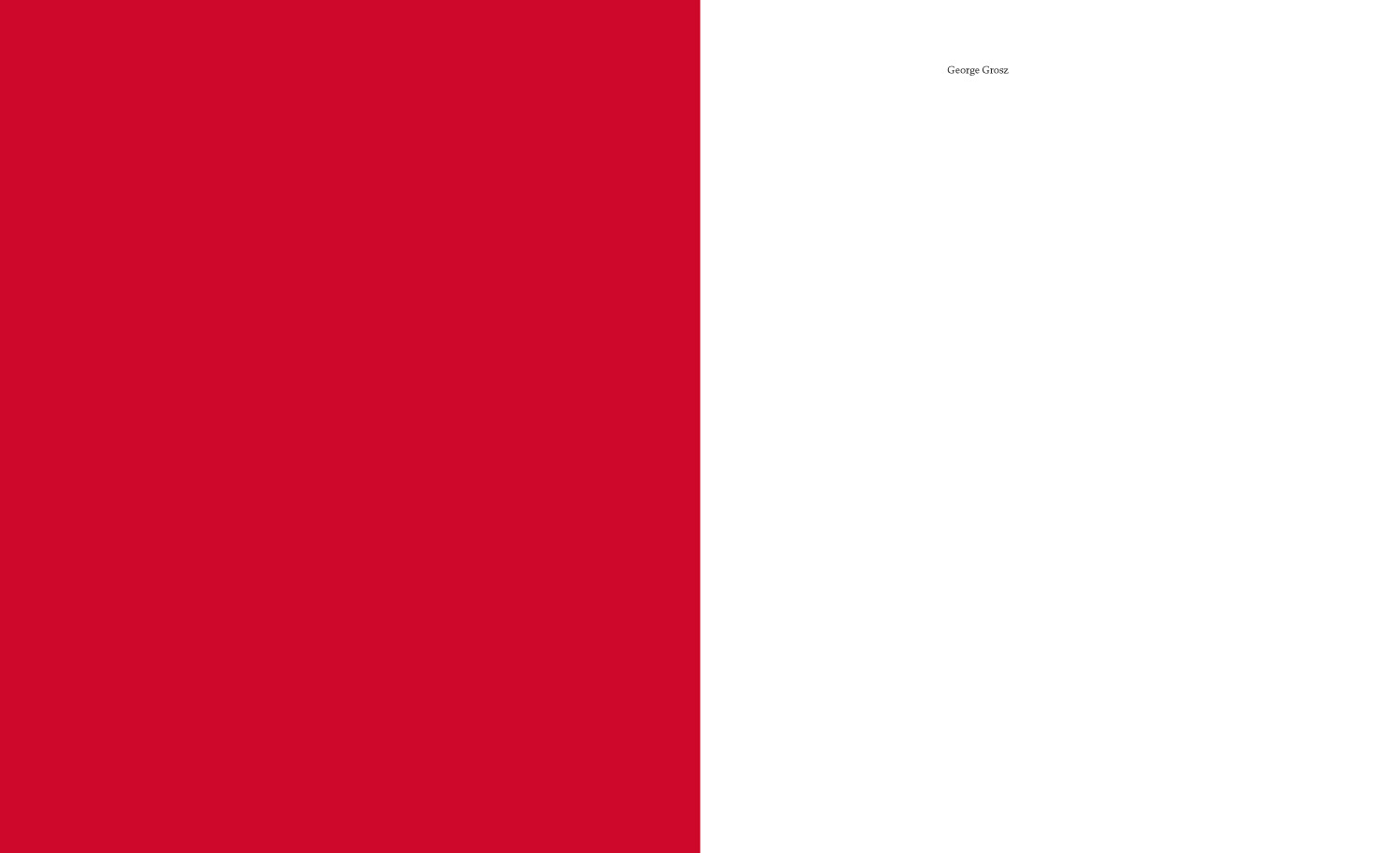 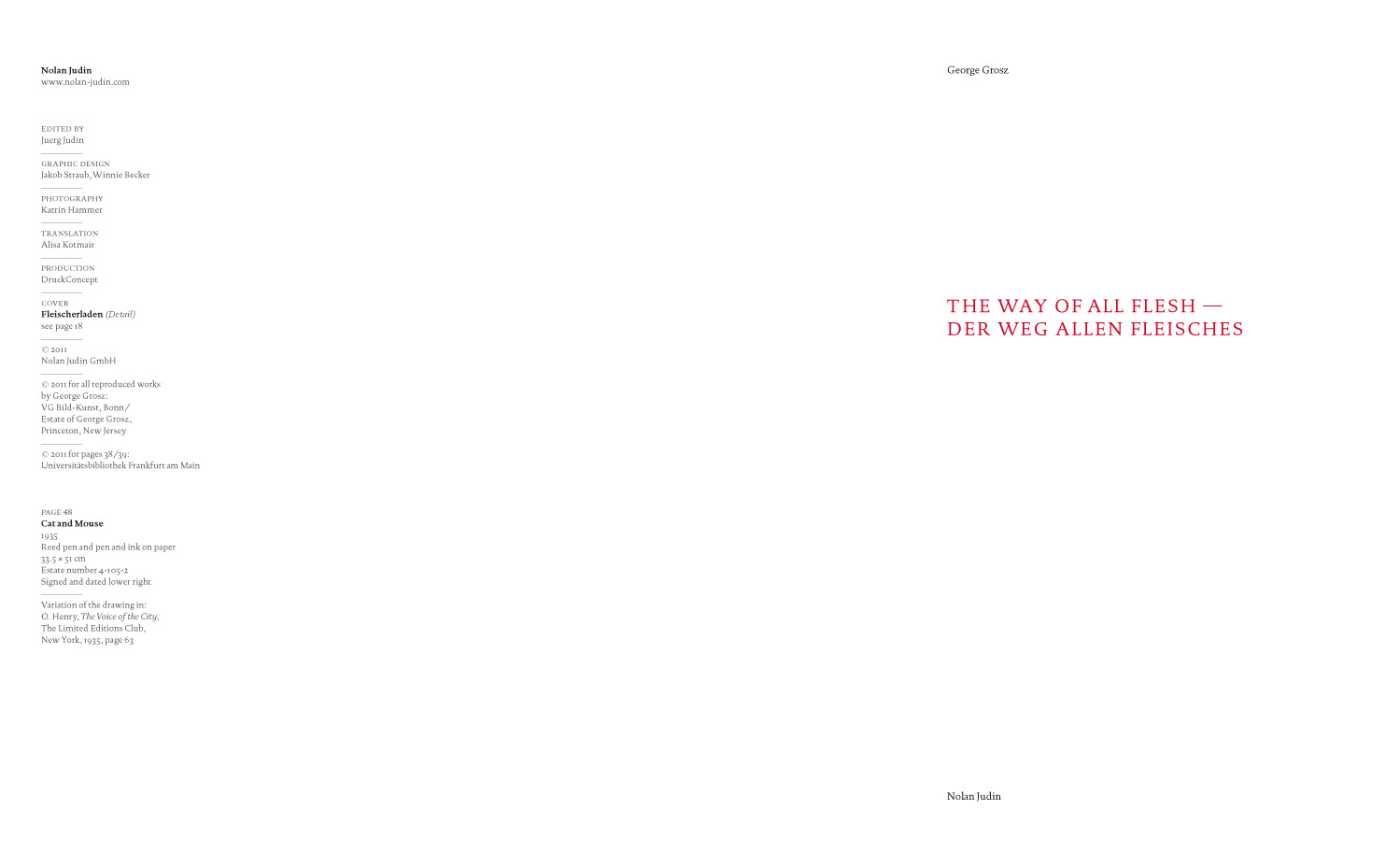 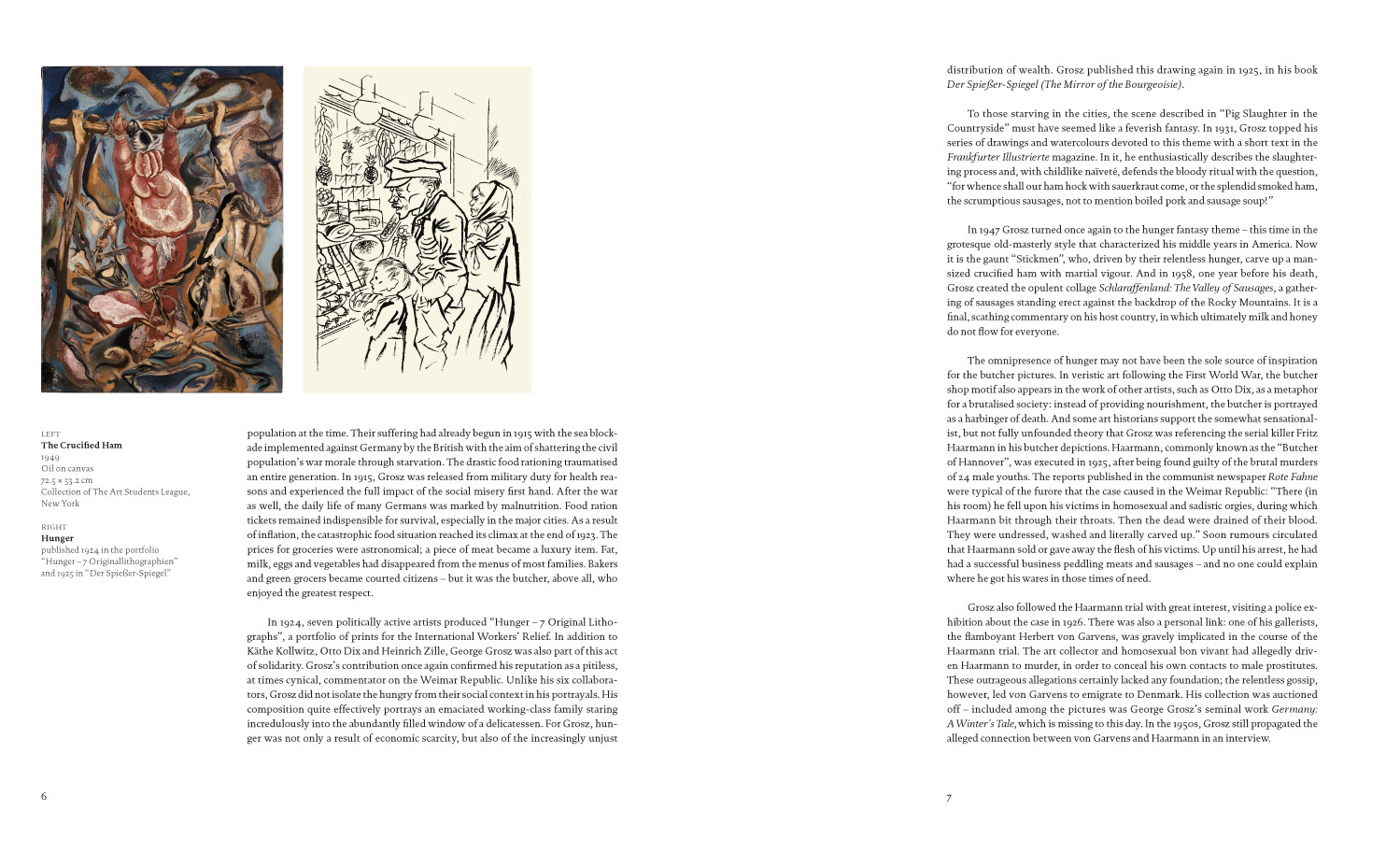 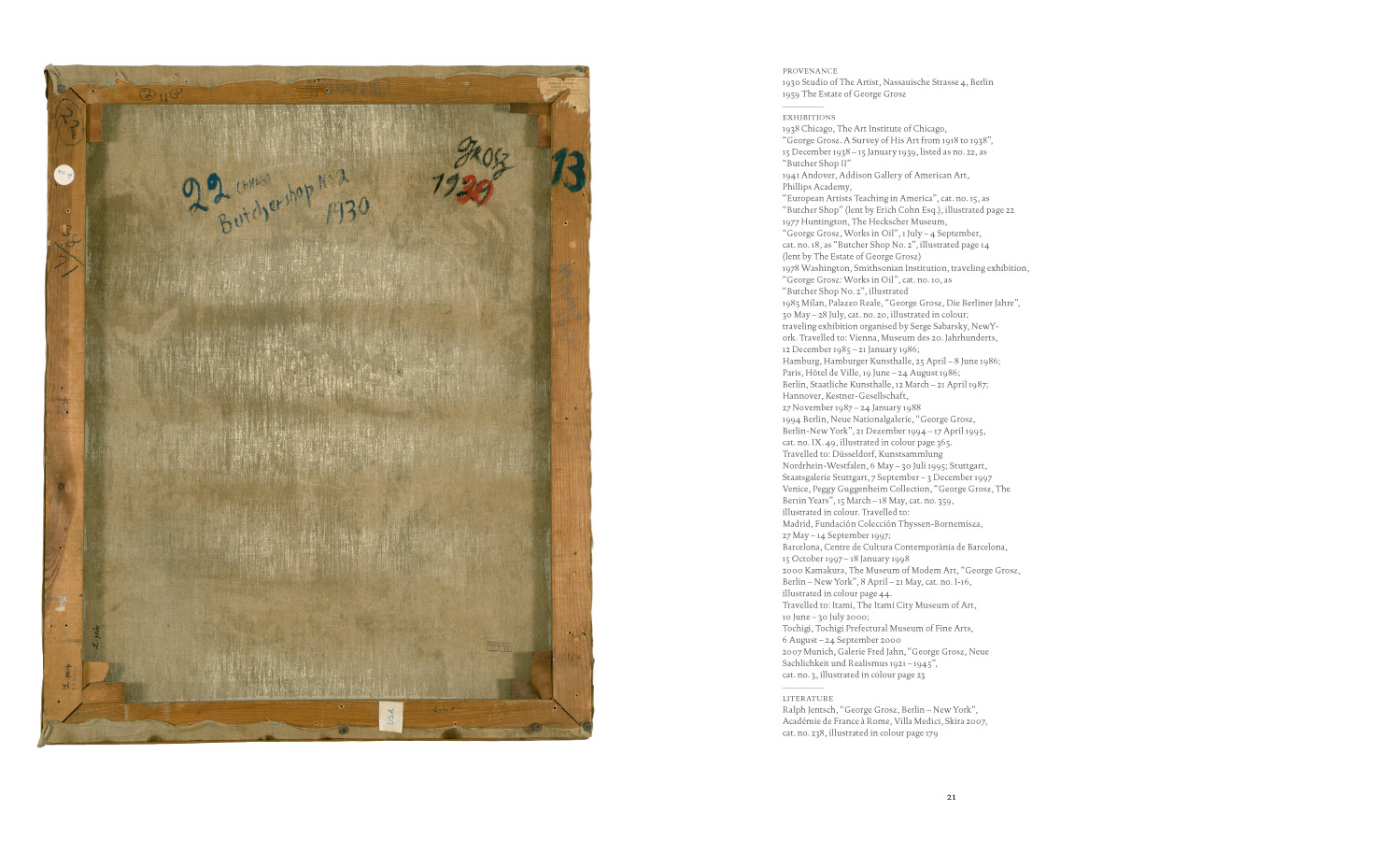 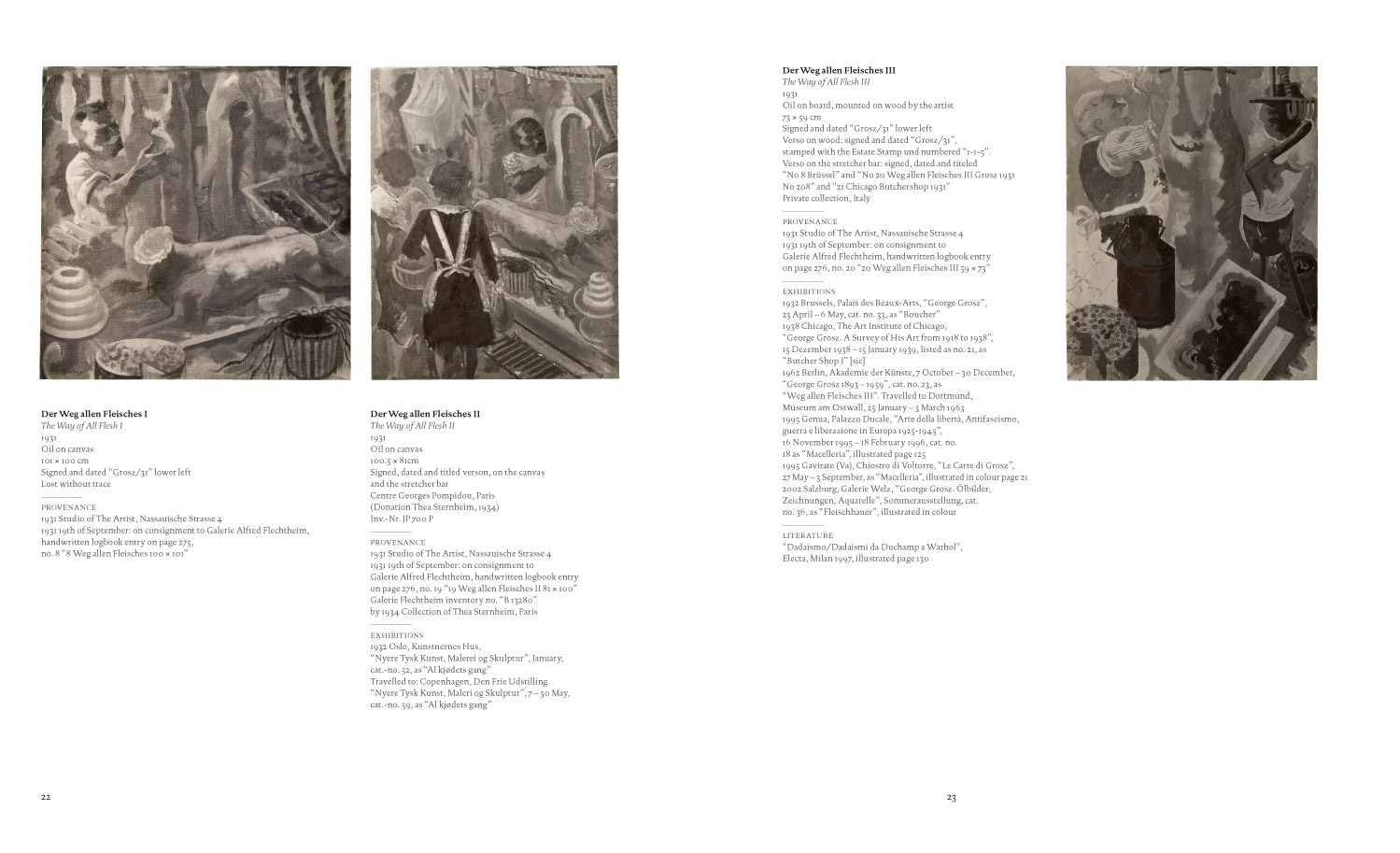 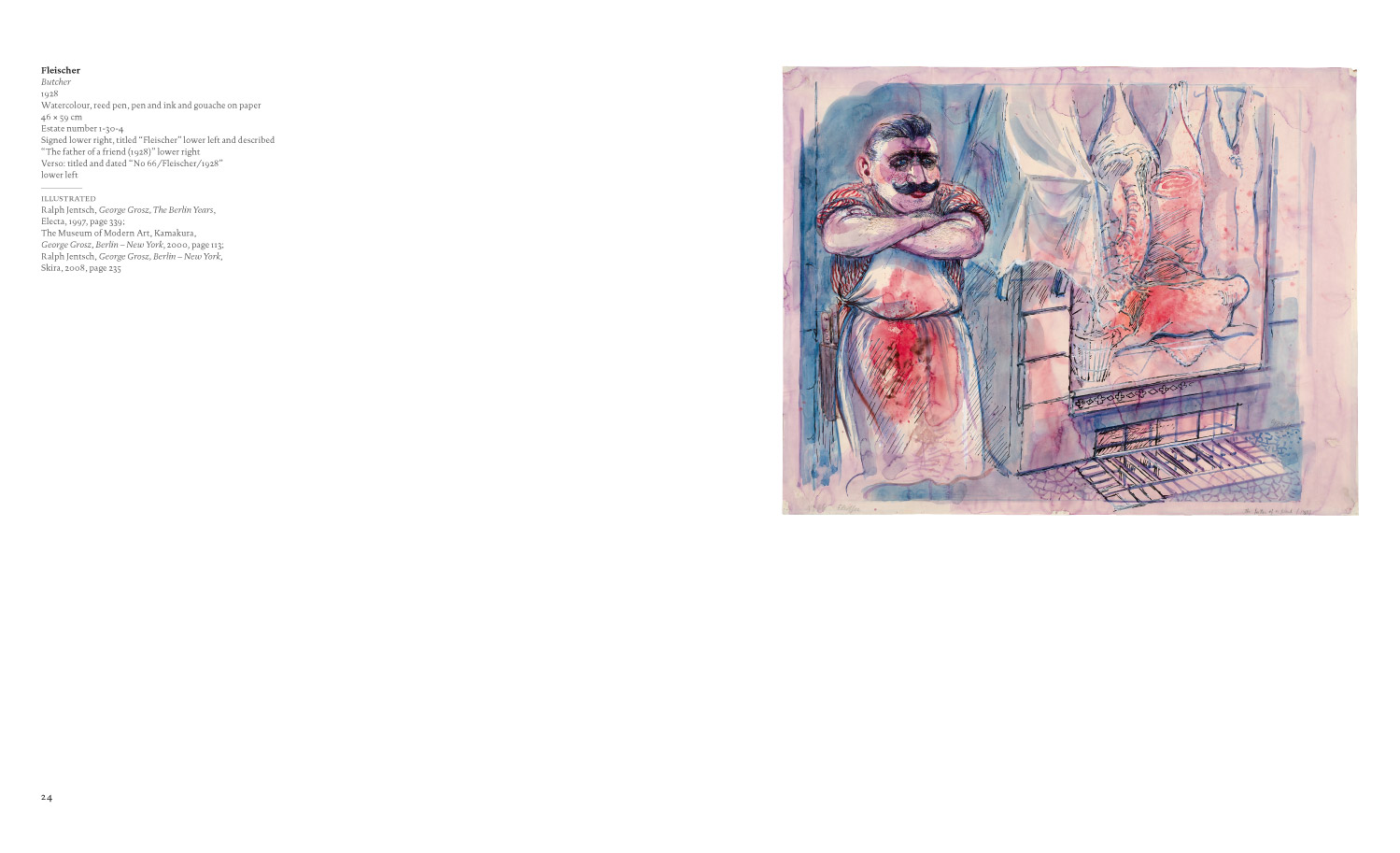 In 1930 – the year in which the Nazi party was first elected into the Reichstag, unemployment rates reached a new level, and Marlene Dietrich became an overnight sensation with Der Blaue Engel – George Grosz was working on a series of paintings that he titled either Butcher Shop or The Way of All Flesh. These titles quite accurately describe what can be seen in the paintings: meat piled up in the display of a butcher shop. Why had Grosz moved from the scathing criticism of capitalism, bourgeois lifestyle, the army, the church and the entire political elite, that had made him both, immensely notorious and popular, to the banality of daily food supply? Did he try to echo the feverish daydreams of a still starving population? Was it his own fondness of culinary debauchery? Or did his obsession with the convicted mass murderer Fritz Haarman, commonly known as “The Butcher of Hannover,” who allegedly had turned his young victims into sausages, blow Grosz’ artistic fuses …? This entertaining publication presents the paintings and a group of very allusive drawings – and some possible answers to the above questions.