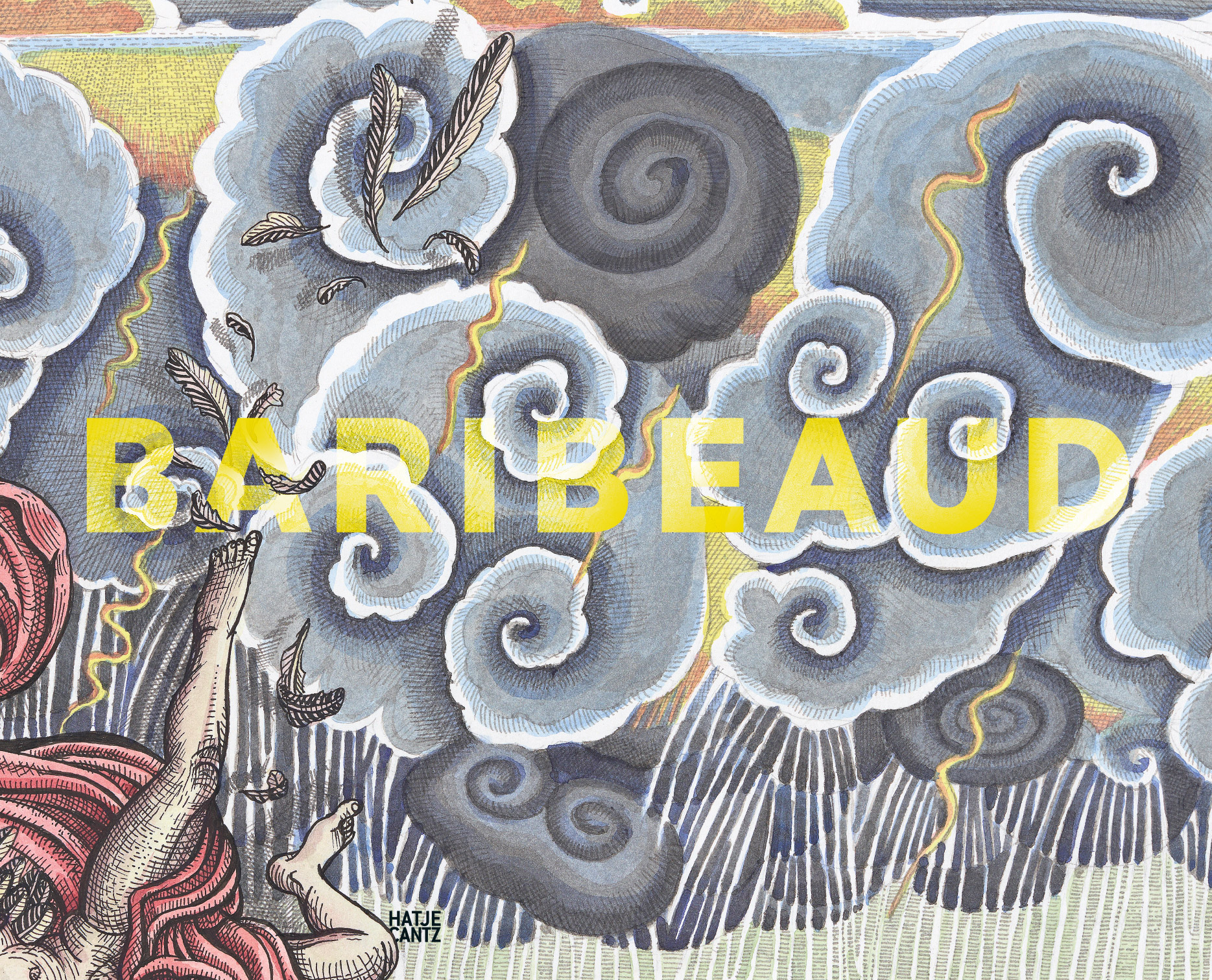 Edouard Baribeaud’s art is influenced by his bilingualism and bi-cultural background. The son of a French father and a German mother, he grew up in France, studied in Paris at the École Nationale supérieure des Arts Décoratifs, and has lived in Berlin since 2010. In his works he not only unites different styles, but also allows the everyday to meet the mythical, guiding archaic figures through modern surroundings, and combining actual experiences with imaginary memories. Baribeaud proves that he is a brilliant craftsman and storyteller who draws us into fantastical scenes that fluctuate between East and West. Baribeaud’s first monograph presents the following groups of works: The Hour of the Gods (2014–15), The Nocturnal Vault (2015–17), and An Old Story for Our Modern Times (2018), along with the artist’s Hermès scarf (2016), accompanied by essays by Imran Ali Khan, Pay Matthis Karstens, and Sabine Thümmler.