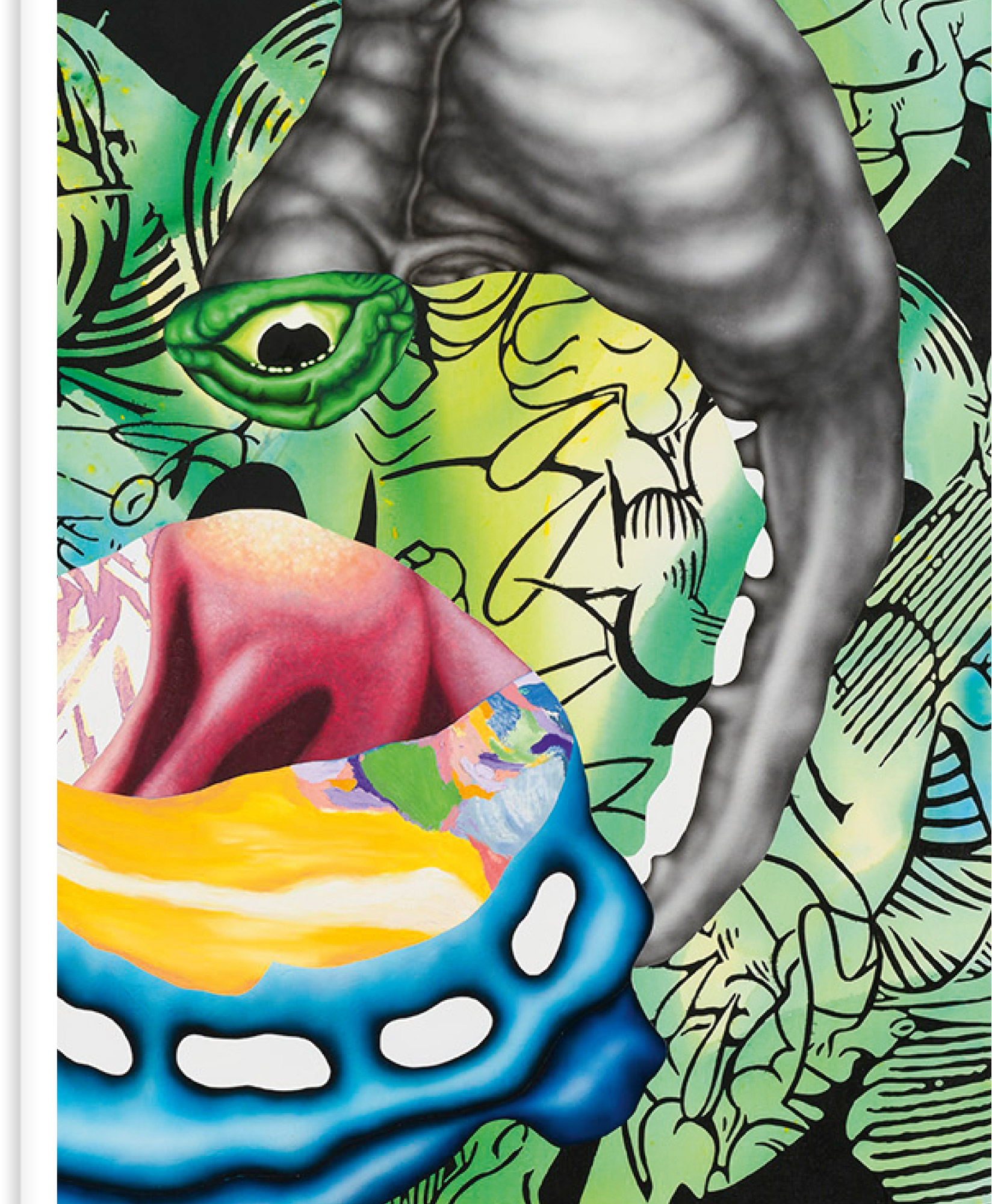 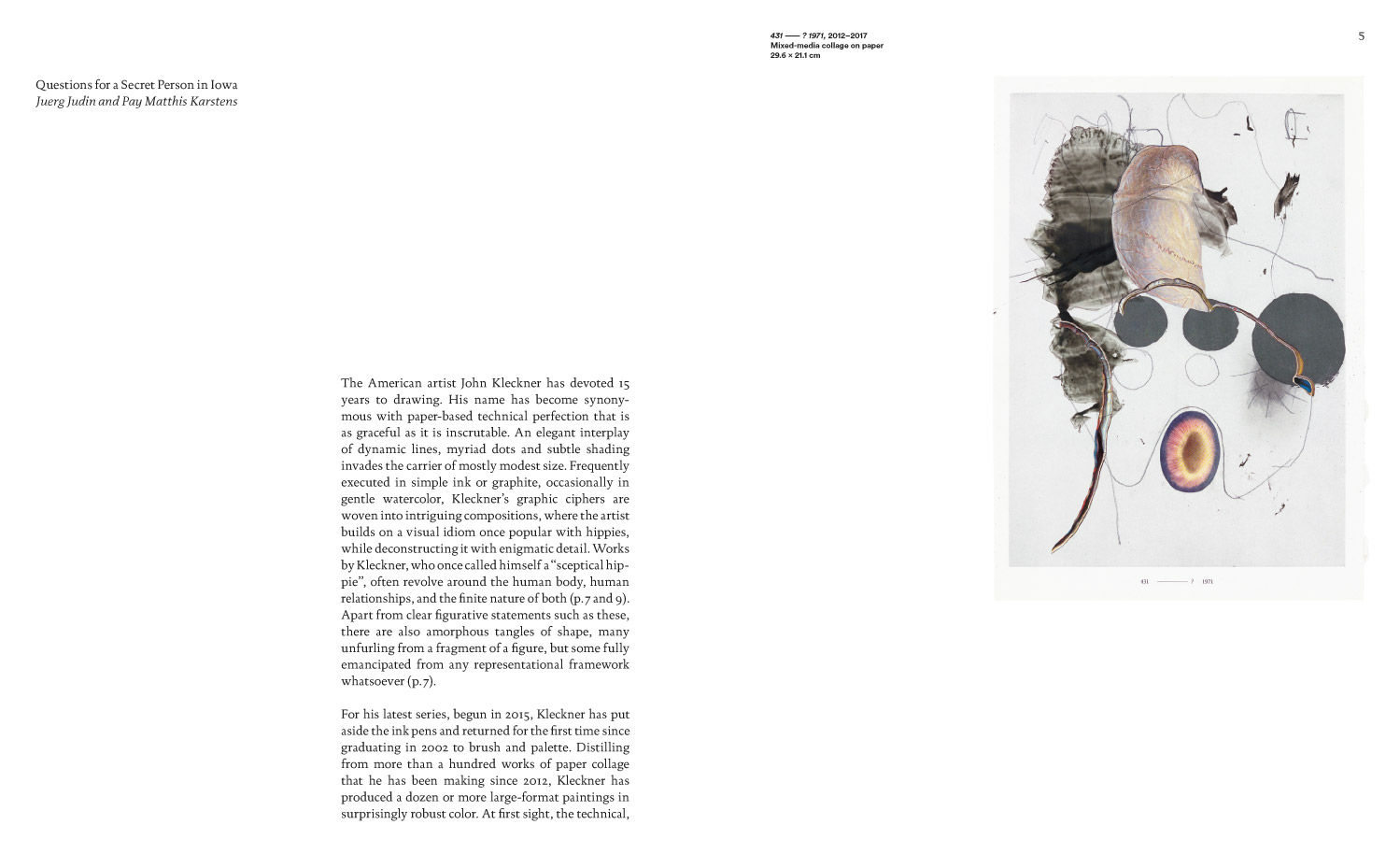 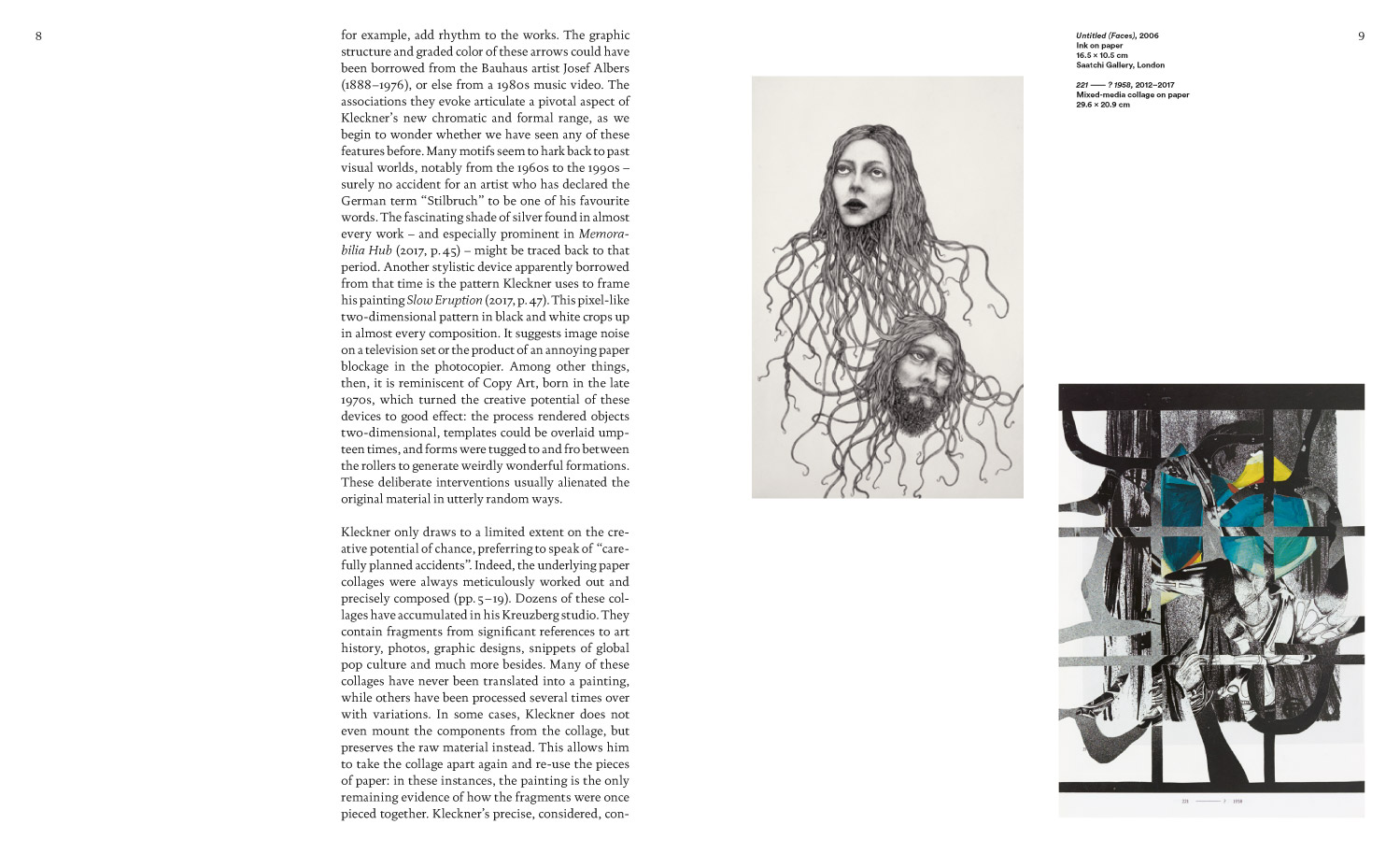 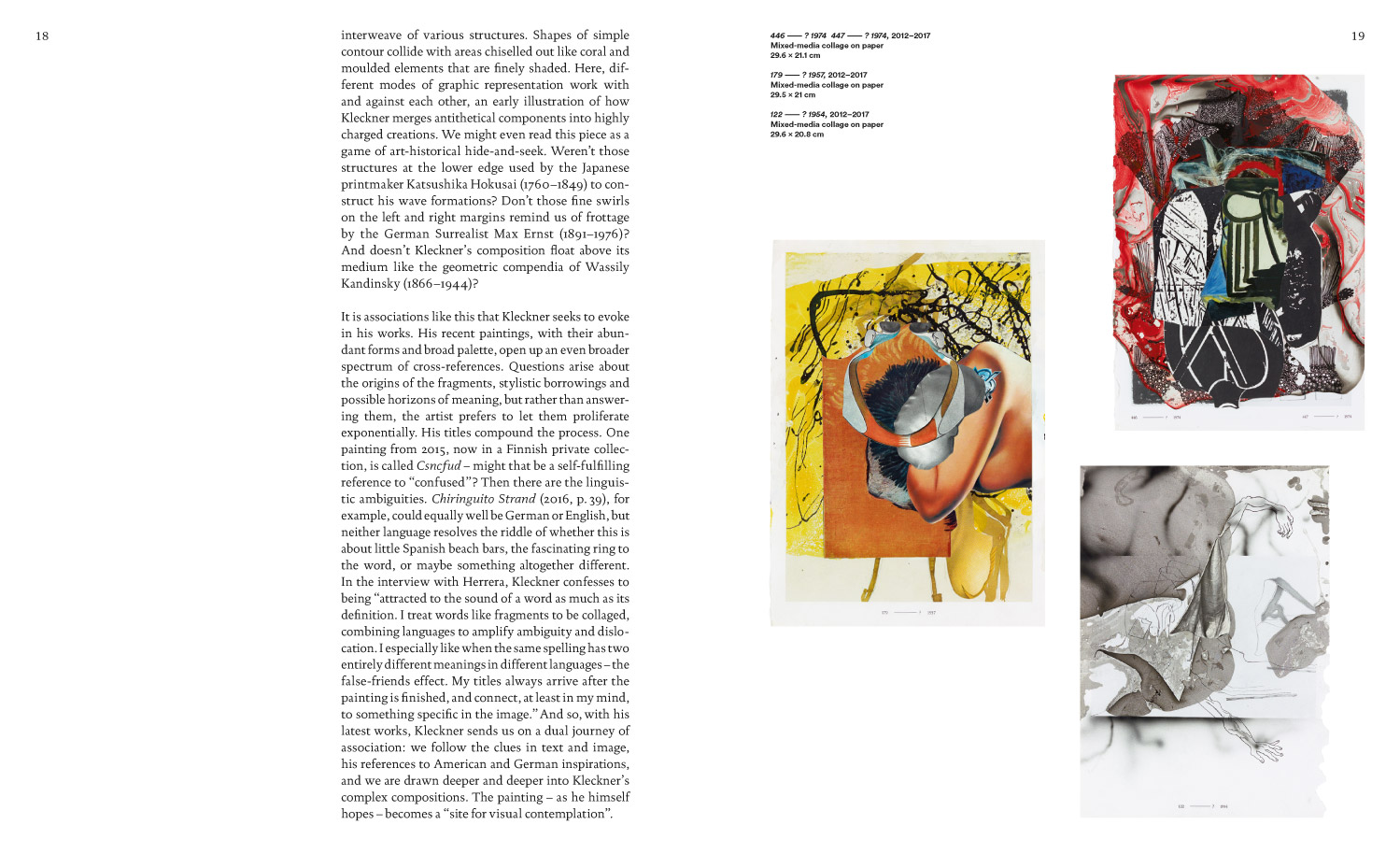 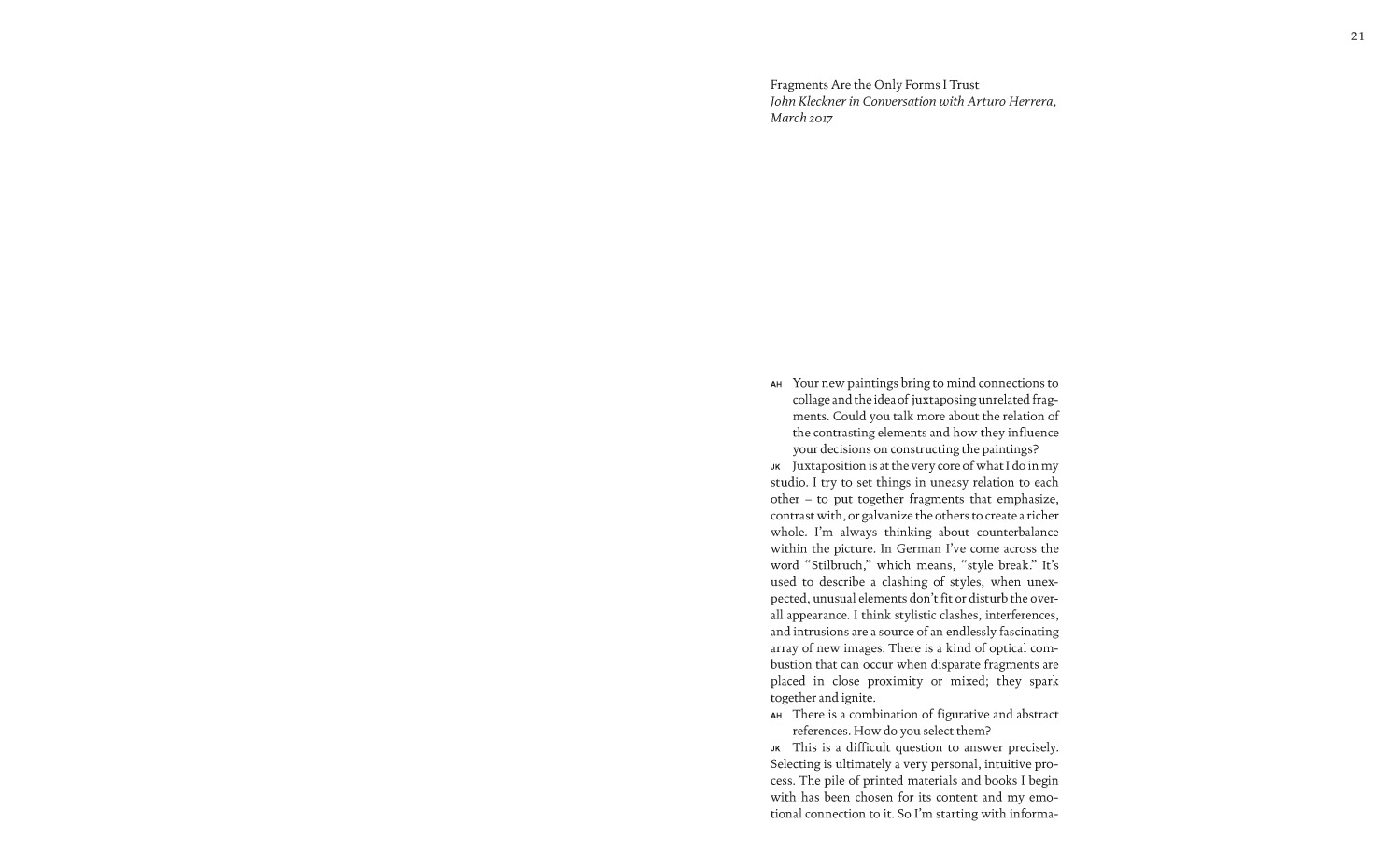 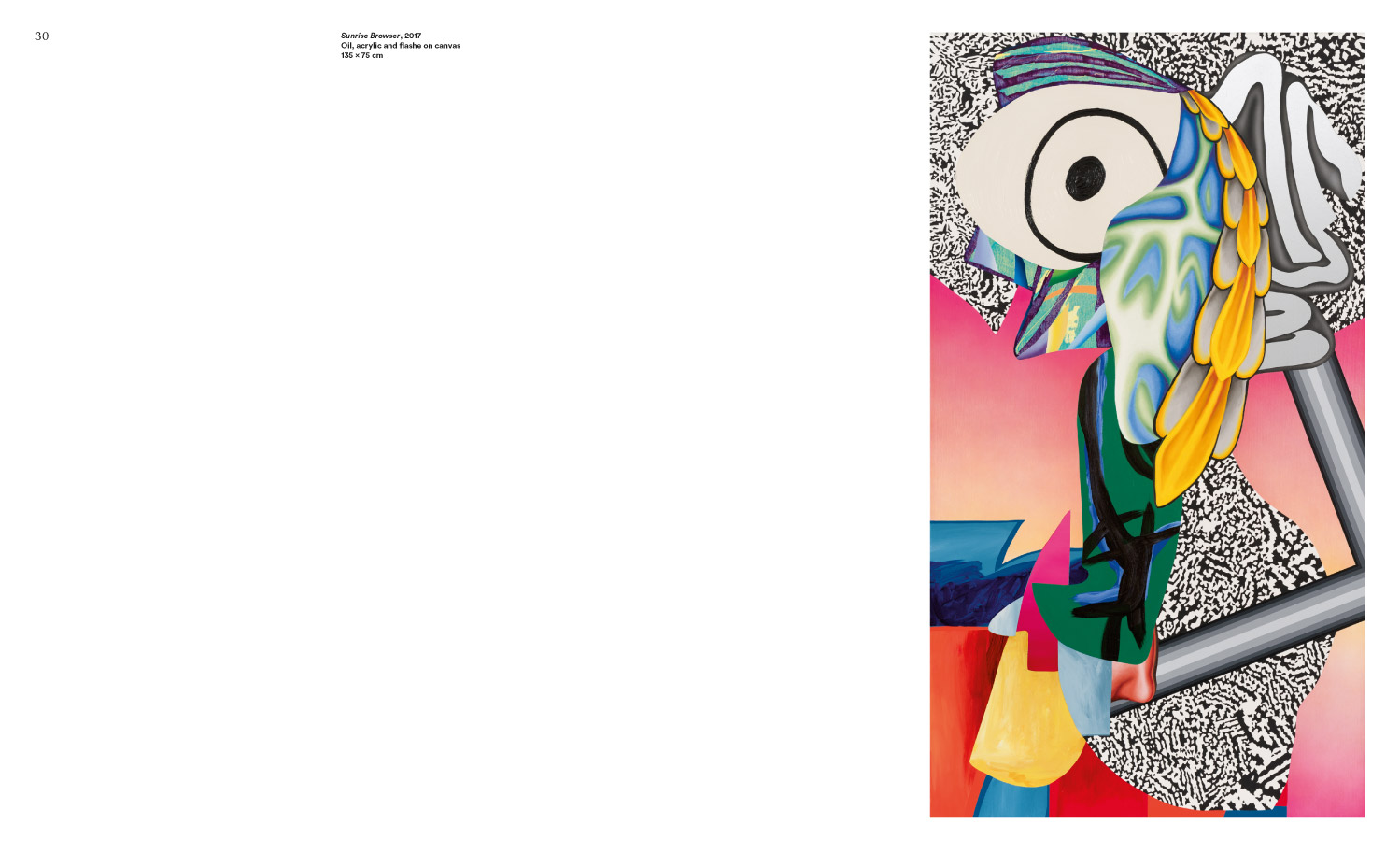 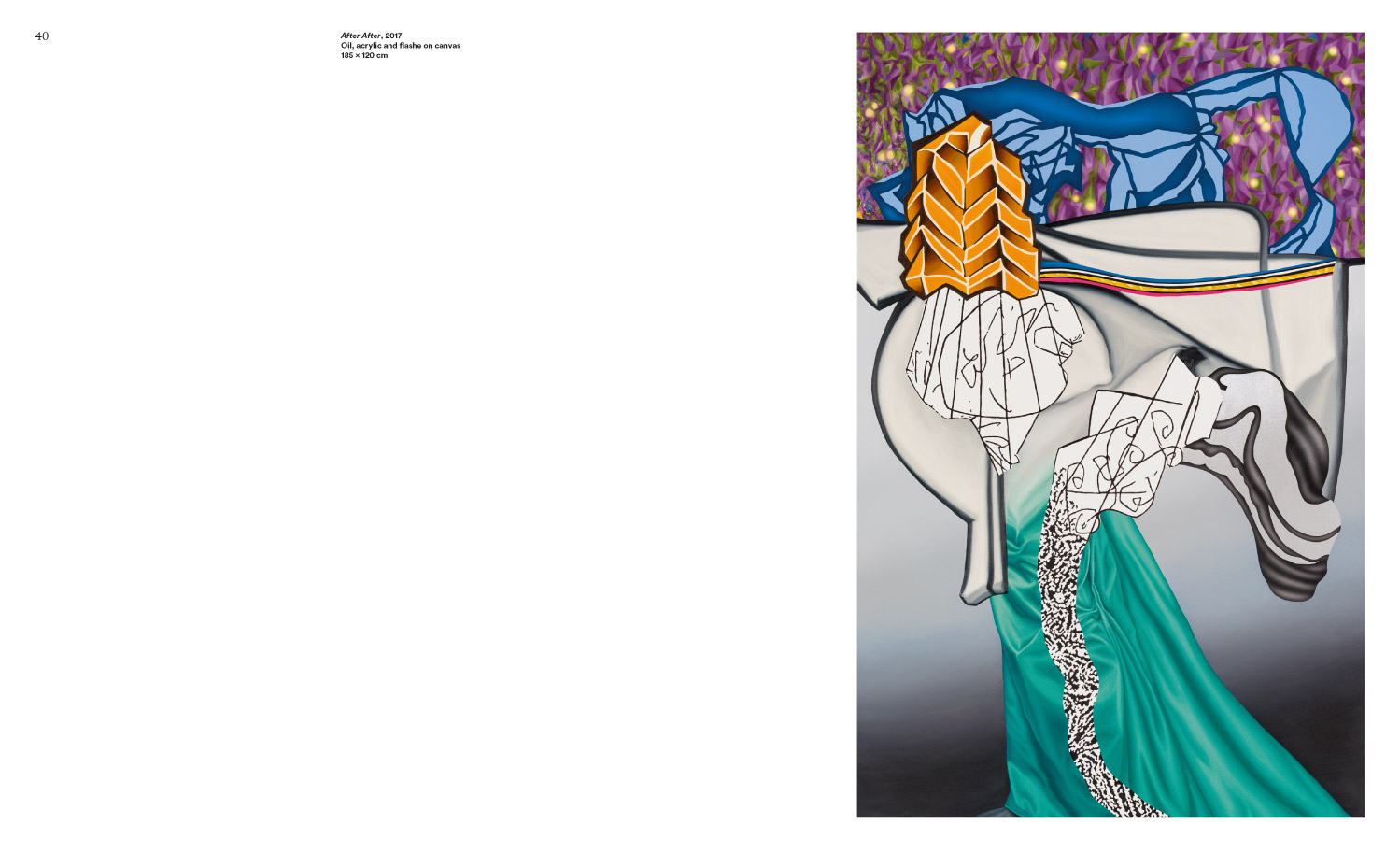 John Kleckner’s first exhibition at Galerie Judin featured a series of paintings with which the artist has entered new stylistic and motivic territory. While drawing and the examination of the hippie movement’s aesthetics have dominated his earlier work, painting and the play with geometric forms have now taken over the stage. Kleckner’s new series of works is explained and contextualized in an essay by Juerg Judin and Pay Matthis Karstens and in a conversation with fellow artist Arturo Herrera. Illustrations of earlier works round off this first publication on the artist.