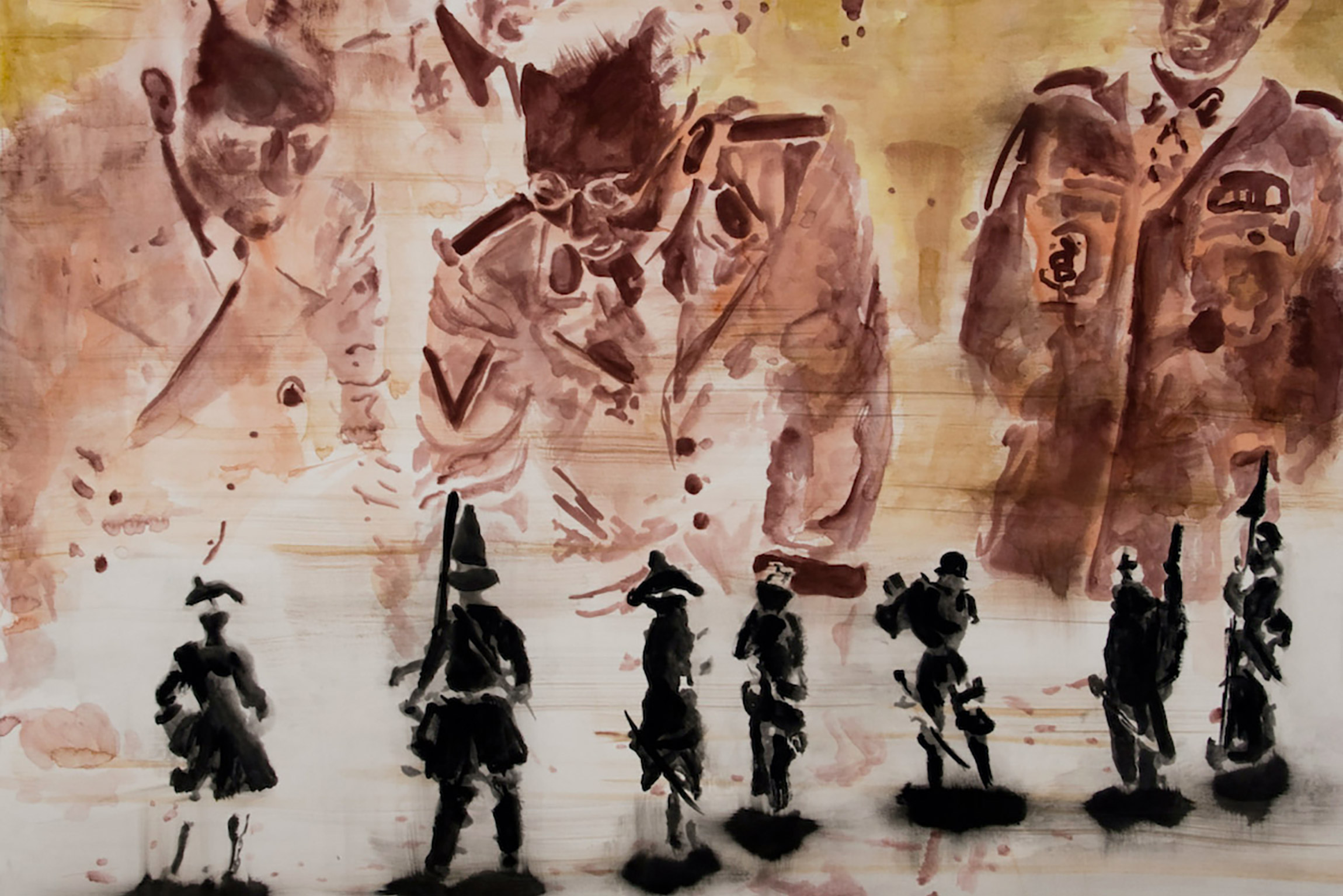 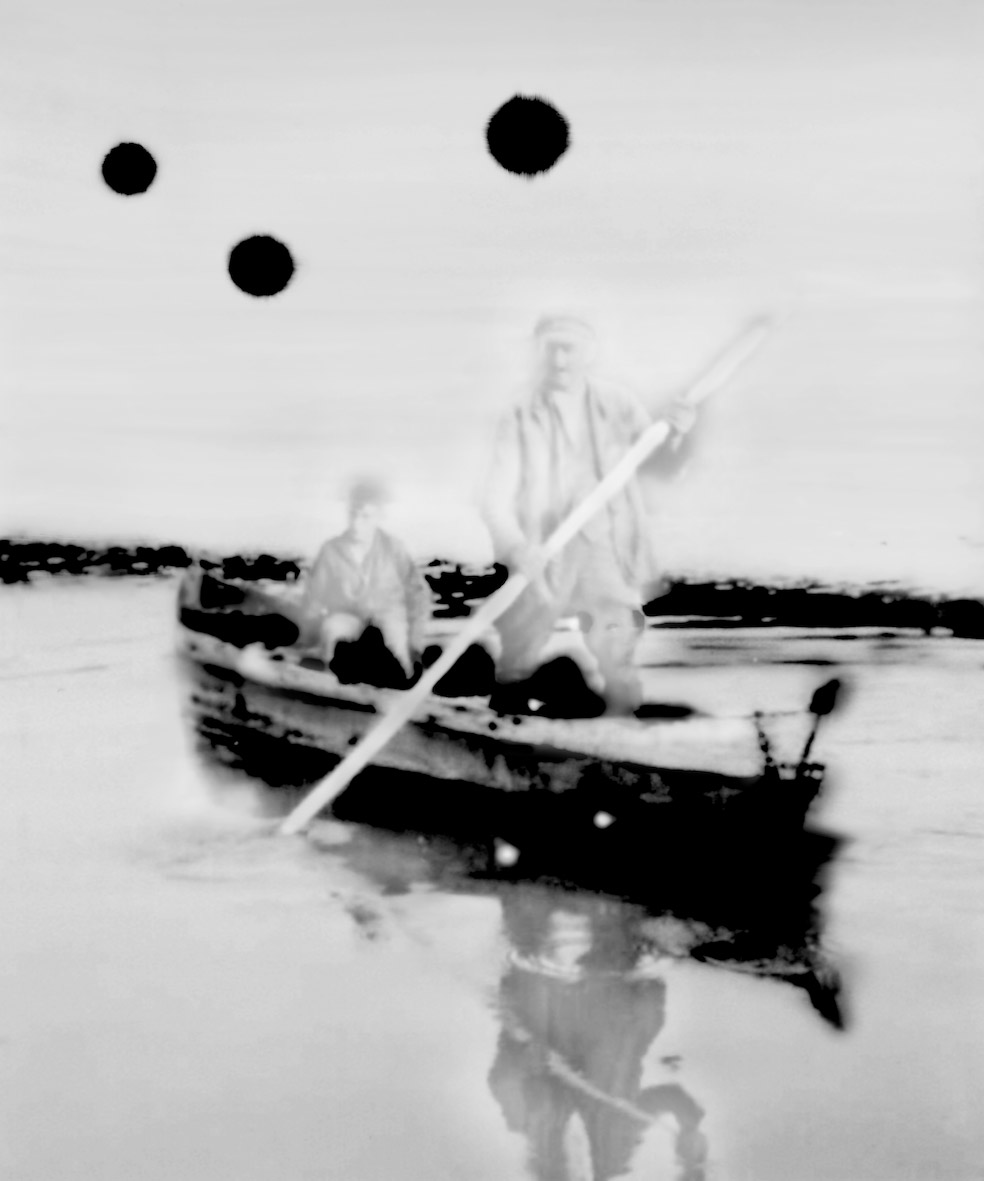 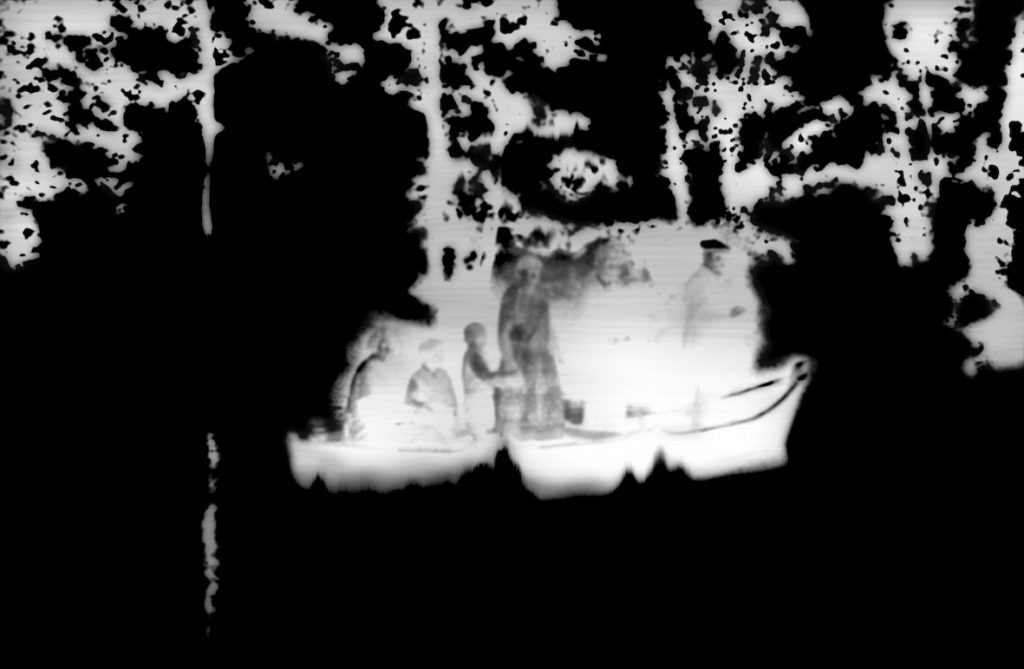 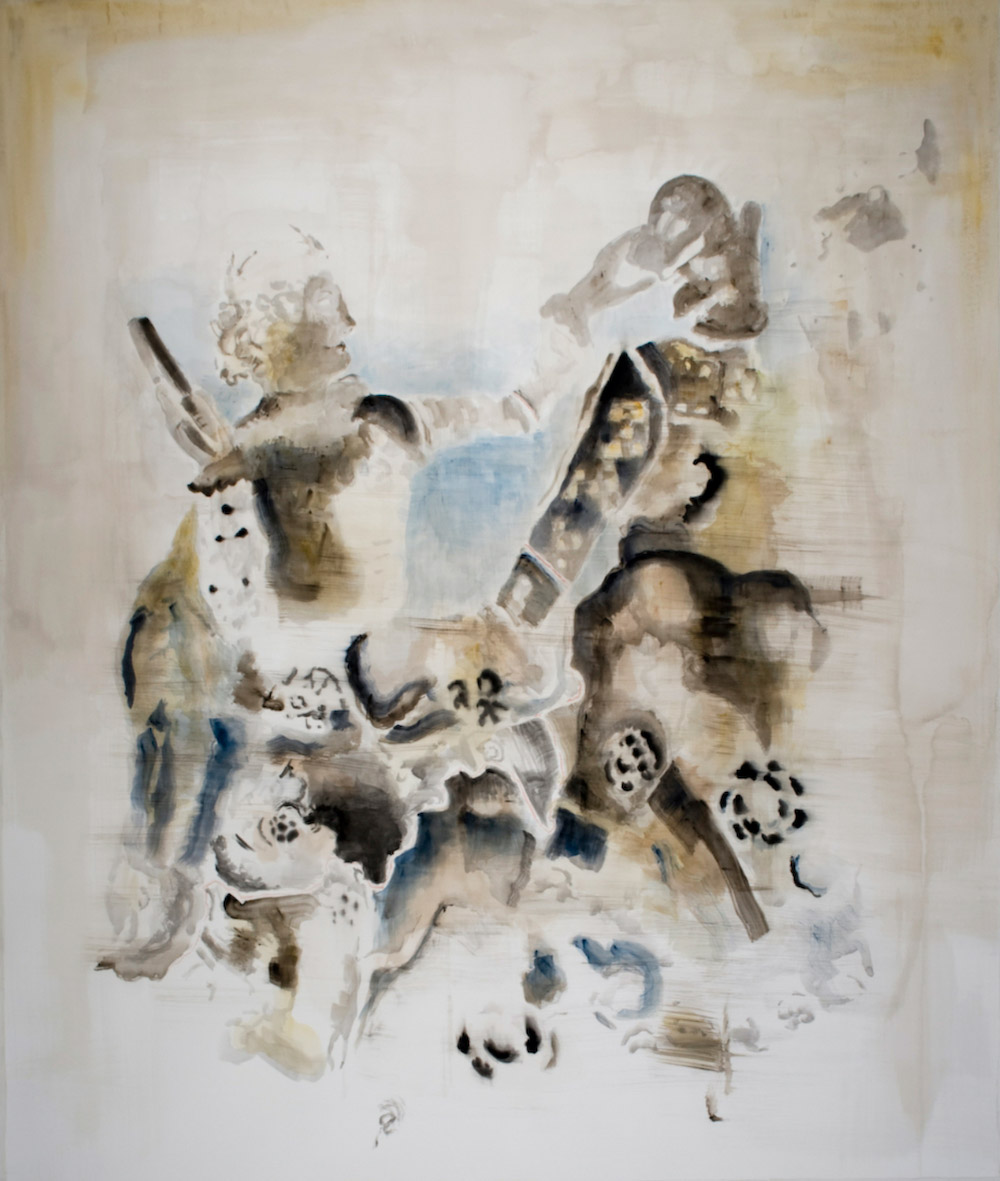 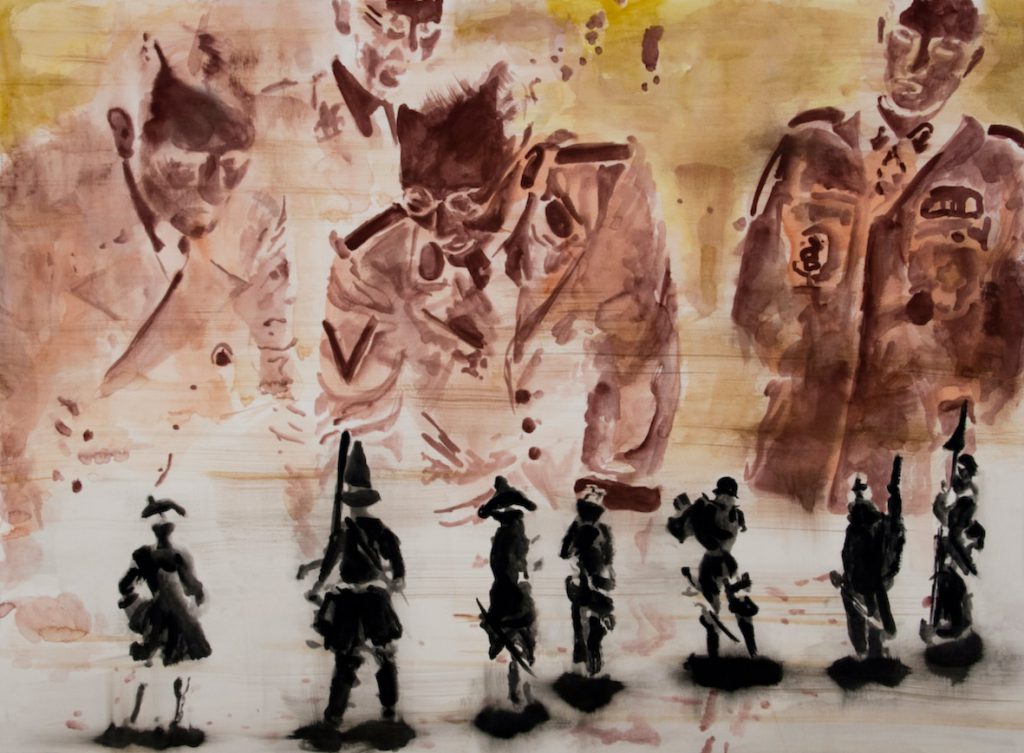 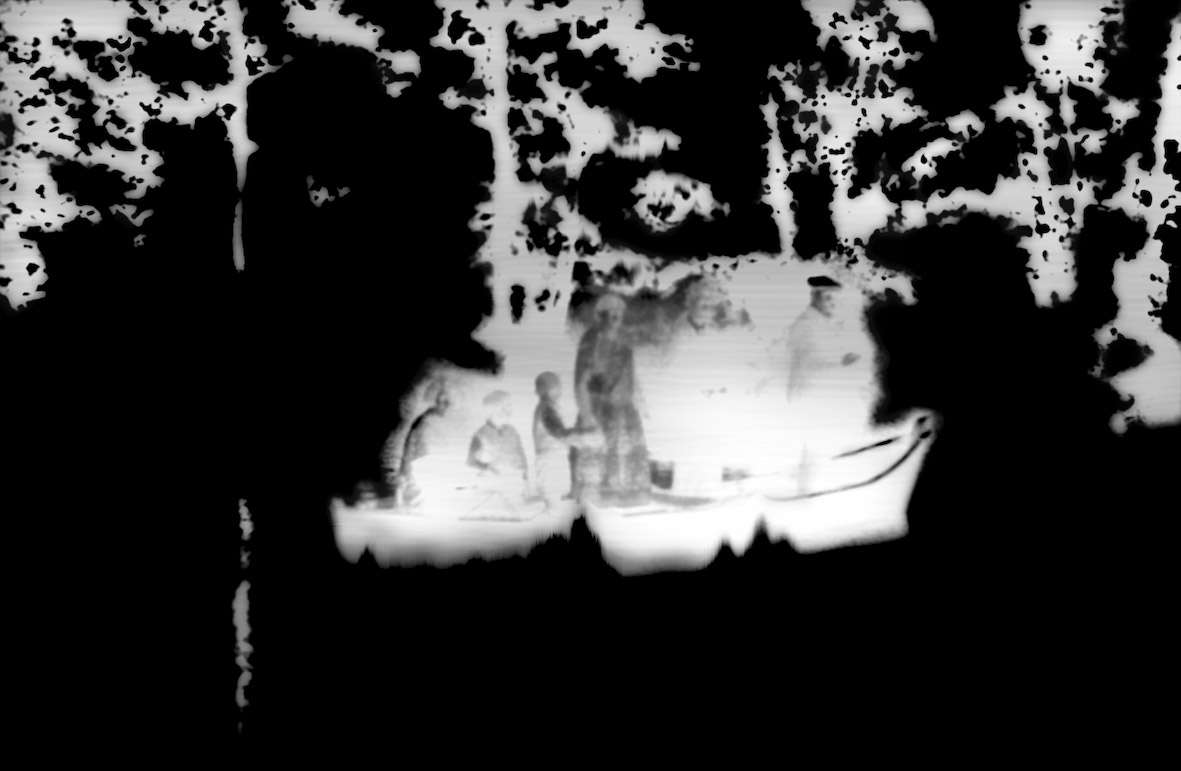 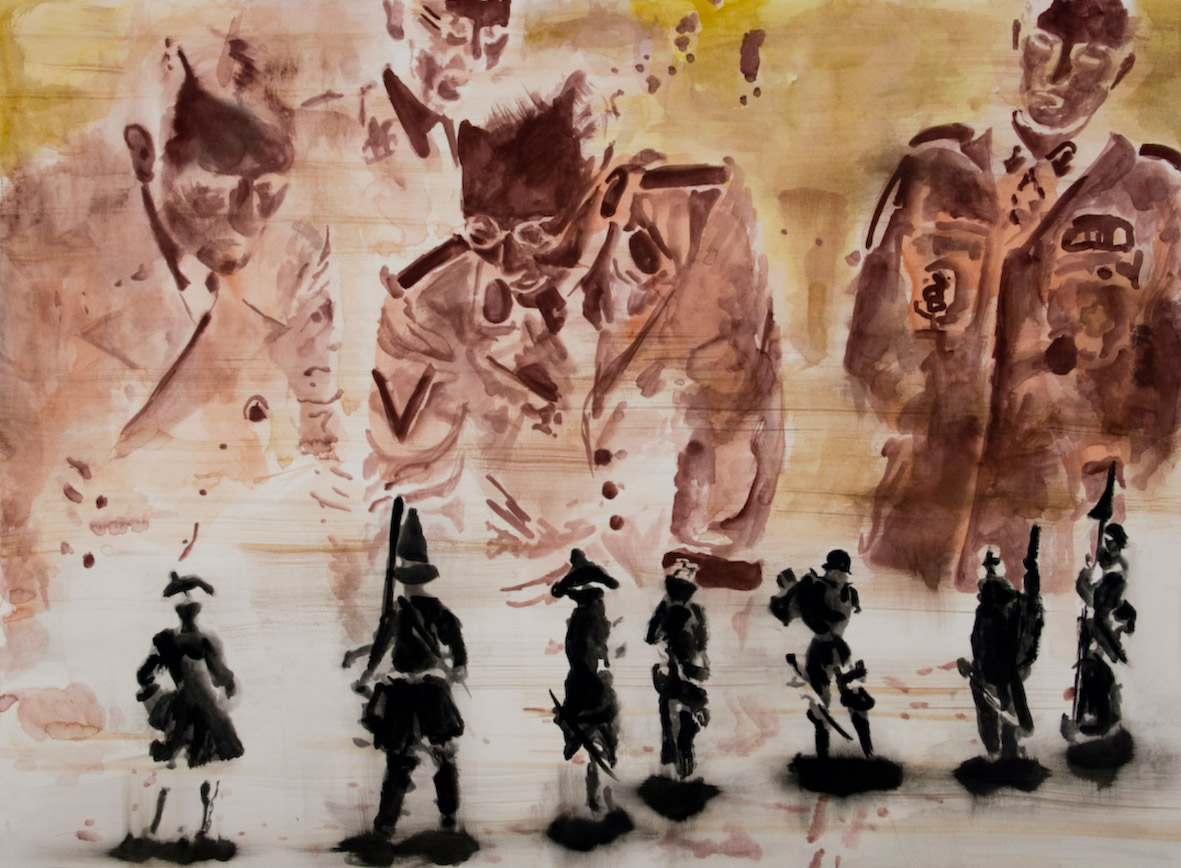 Nolan Judin Berlin is pleased to present new works by Swiss artist Uwe Wittwer in a show entitled “Verwehung” (“Drift”). Alongside large-format watercolours and inkjets, a space-filling suite of 77 watercolours provides an insight into the artist’s practice.

At first sight, the motives in this series speak of an idyll—of rural and family life, of playing music and riding sleighs, of a proud gaze lingering upon the precious sculpture made of Meissener-porcelain, or on the enormous stag just slain. But upon closer inspection the private idyll—as so often in the work of Uwe Wittwer—shifts to dread and disaster. Among the cheerful scenes of children on rocking horses we discern the image of a dead horse, frozen in a ditch. The people examining a group of porcelain-figurines are wearing Nazi-uniforms. And snowy landscapes immediately lose their romantic innocence when they reveal a trek of refugees. The worlds evoked in “Verwehung” are all based on photographs from Eastern Prussia—from the years before the expulsion, that is, from a time when the largely rural population was socially and economically still closer to the 19th century than to the stormy developments of the Weimar Republic. Uwe Wittwer’s grandparents lived in Pomerania, and in 1945 fled westwards, embarking on a trek full of hardship. The artist’s father spent his youth on a rural estate. And yet, the images are not biographical in origin. Wittwer lifted them from private archives that—just as he had done in his earlier, extensive series ‘Camp’—he found on the internet. As in earlier series, the transformation and appropriation of the images takes place in a variety of diverse media. Oil painting, large-format watercolours and inkjets all draw on the same store of subjects, in fact they are sometimes based on the very same image—all the while Wittwer is subverting the traditional hierarchy of media in his choice of format. Large, almost monumental works on paper stand alongside small, gem-like paintings.

The 77 small-format watercolours in the installation Verwehung form an ‘album’ that provides the artist with materials for translation into larger formats. In the course of this translation he reduces and distorts the motives—and adapts them masterfully to the various techniques.

This act of transference becomes particularly evident in the reversal of negative and positive. The five monochromatically blue works entitled Portrait negativ—portraits of proud mothers and their daughters—are characterised by the striking combination of a technical photographic procedure with the highly painterly gesture of watercolours on extra-large formats. The unusual choice of colour refers to the shade of blue typical of Meissener porcelain—a fact that is emphasised by the patterns of the festive clothing.

The watercolours entitled “Figurine”, also large-format, but multicoloured, depict porcelain accessories—expression of bourgeois collectors’ pride. But in something of a trompe-l’œil, Wittwer has applied cracks and scratches, making the surfaces appear unreal, damaged, bygone.

Wittwer also employs this reversal of negative and positive in his large inkjet-works. And although the motives are obviously lifted from the Eastern Prussian album, the resulting compositions remind the viewer of famous works of art history: the diptych Grosse Waldtreppe is reminiscent of Richter’s and Duchamp’s staircase nudes, Boot of Böcklin’s “Überfahrt zur Toteninsel”. That Reiter negativ recalls Paolo Uccello’s San-Romano battle-scenes is partly due to the fact that it is precisely these Renaissance-works that have already twice (2001 and 2007) inspired Wittwer to appropriate them. This double, quasi overlayered association completes an artistic circle that is typical of Wittwer’s calling into question the transformation of images’ status and meaning—and of our relationship to them.

At the end of January, the 77 watercolours that form the suite “Verwehung” will appear as an artist’s book in a limited and signed edition, accompanied by a text by Heinz Stahlhut. 33 copies of this edition will contain an original inkjet work by Uwe Wittwer. 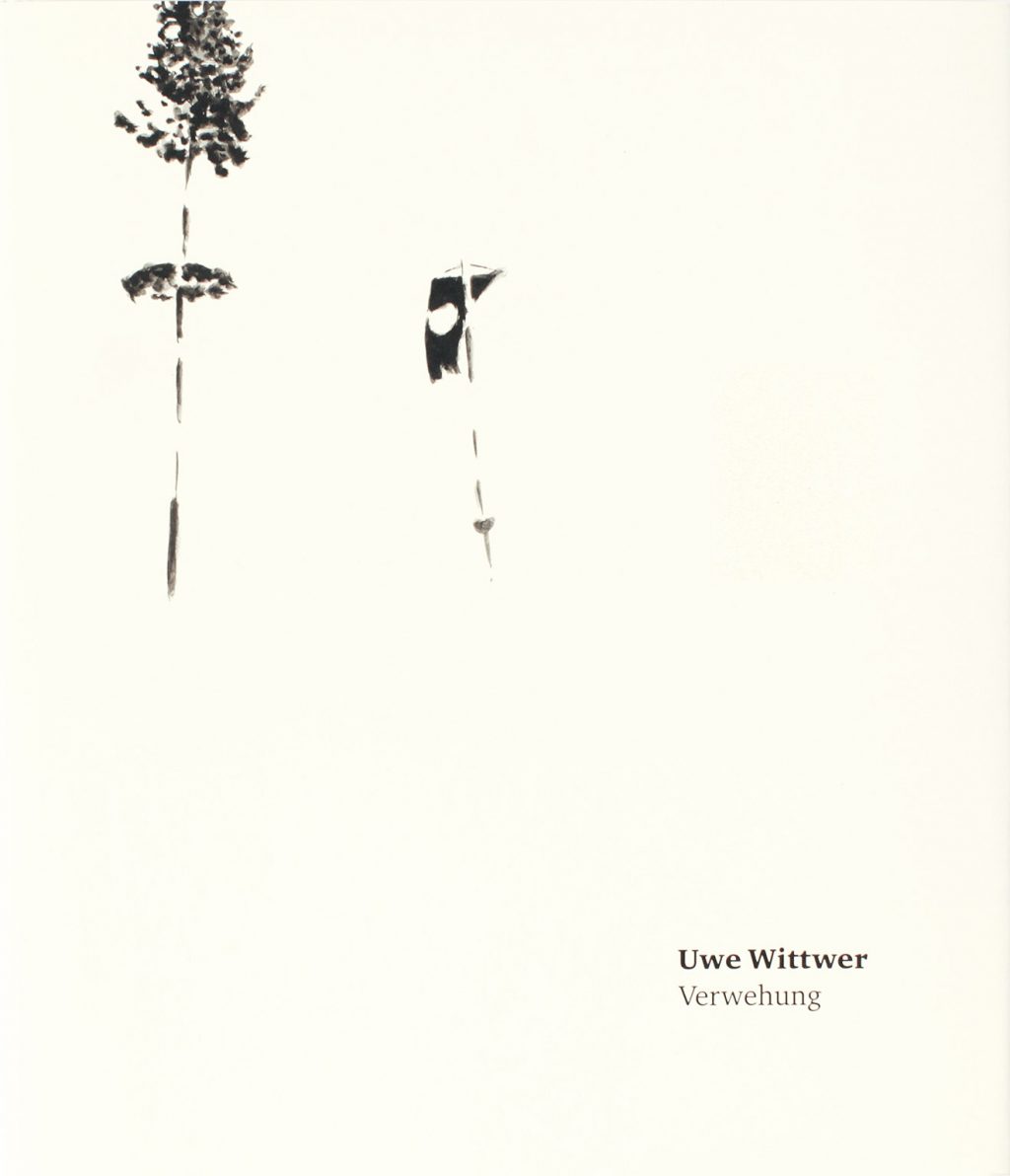 Edited by Juerg Judin
Text by Dr. Heinz Stahlhut
In German and English

Published in a limited edition of 500, numbered and signed by the artist.