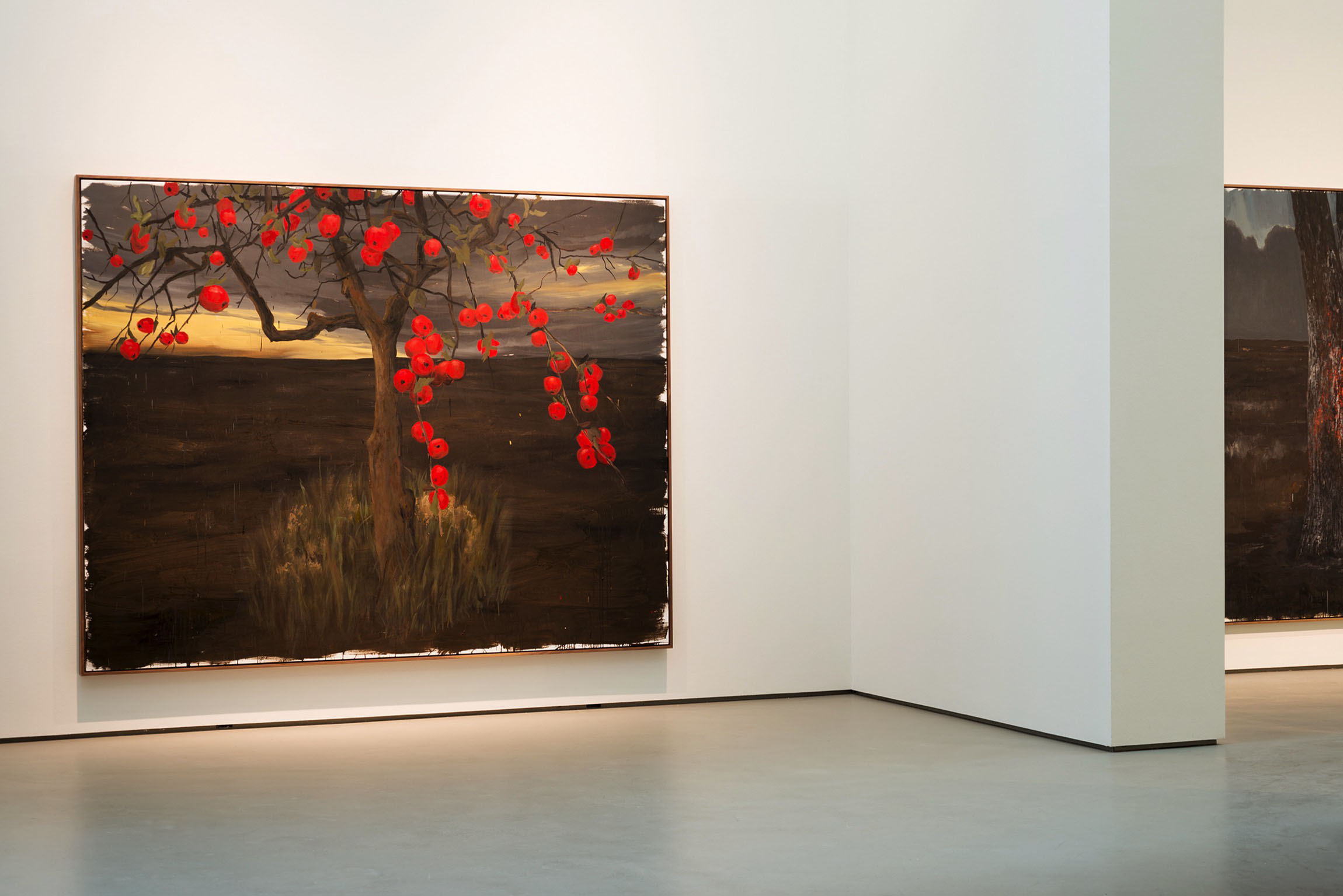 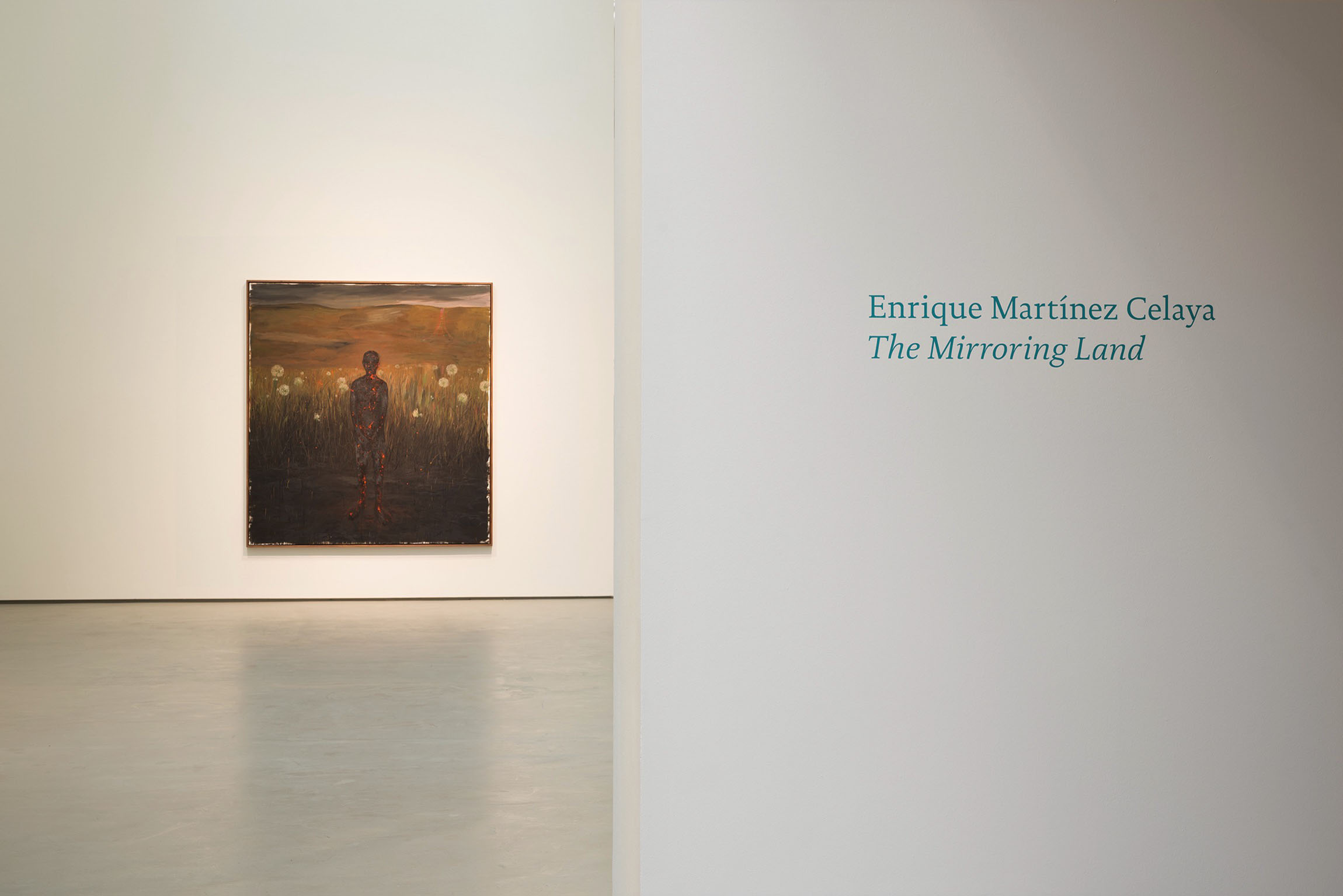 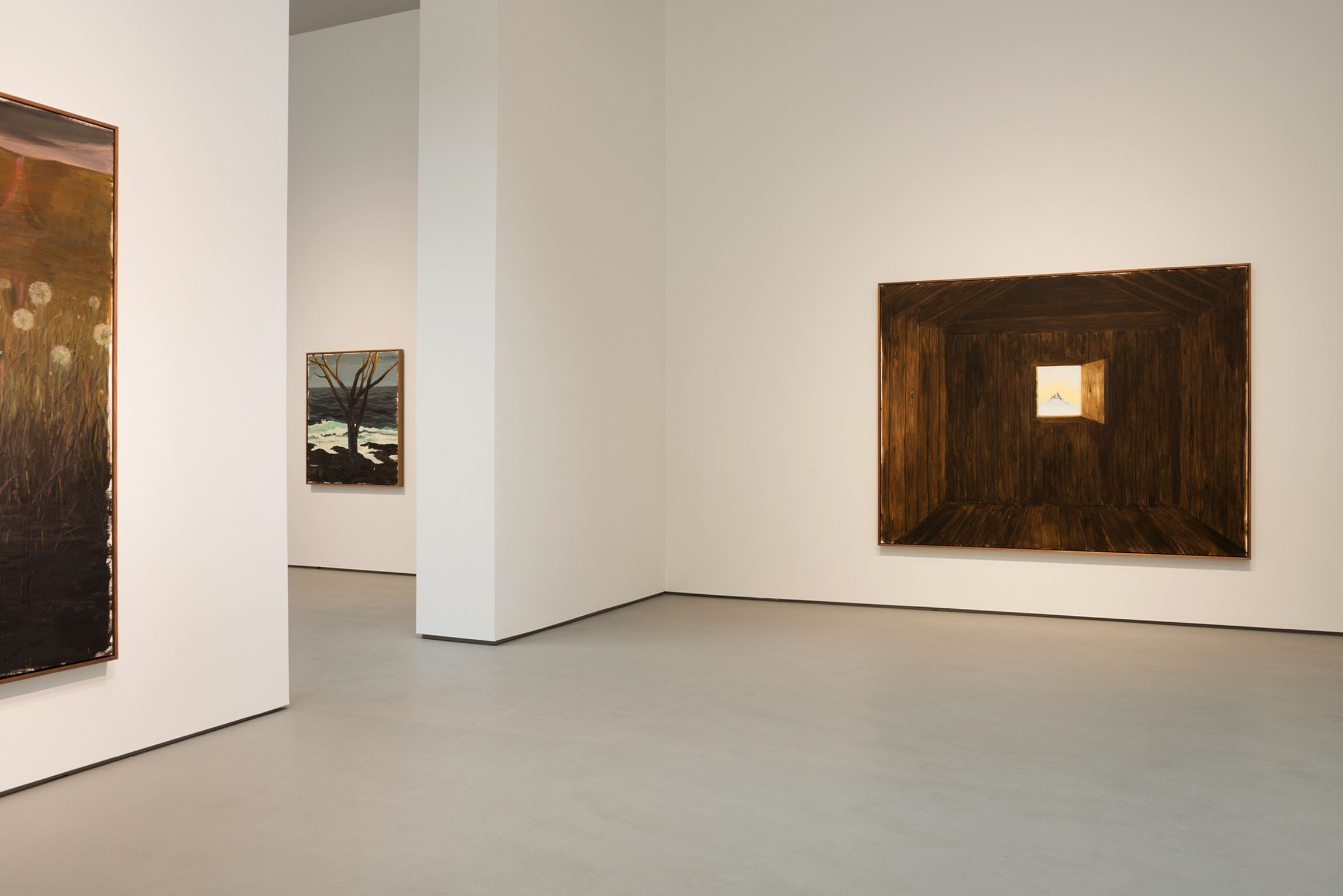 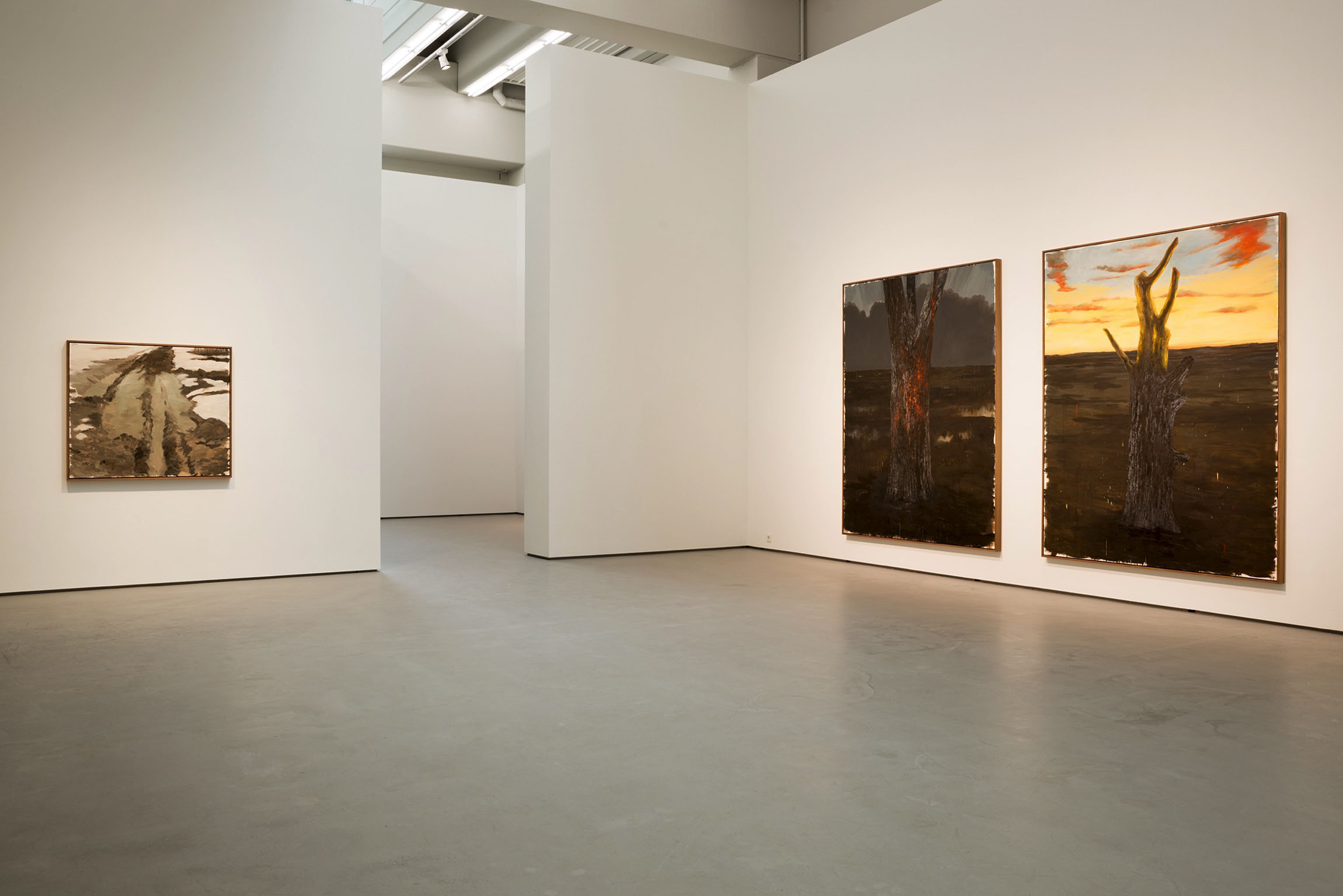 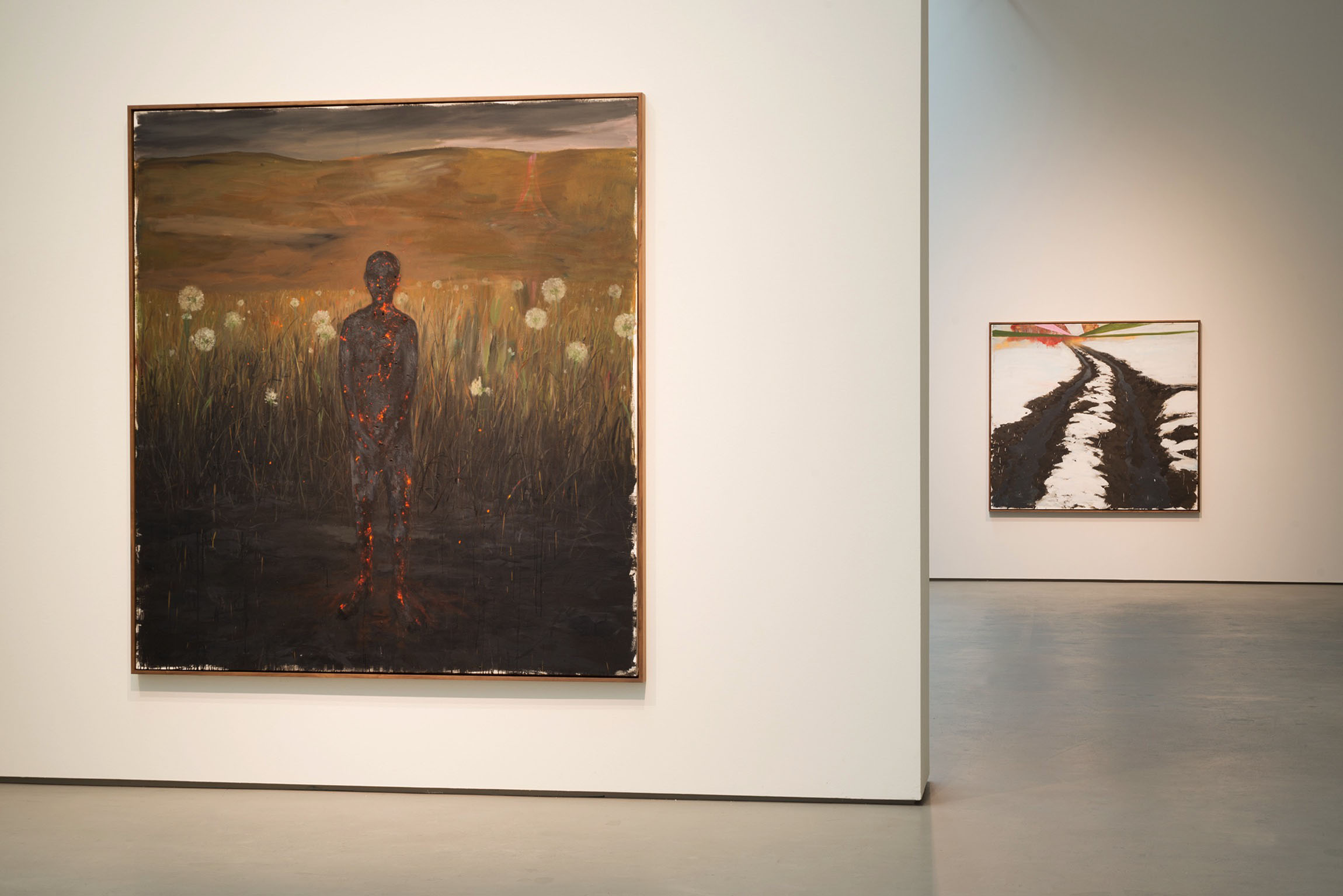 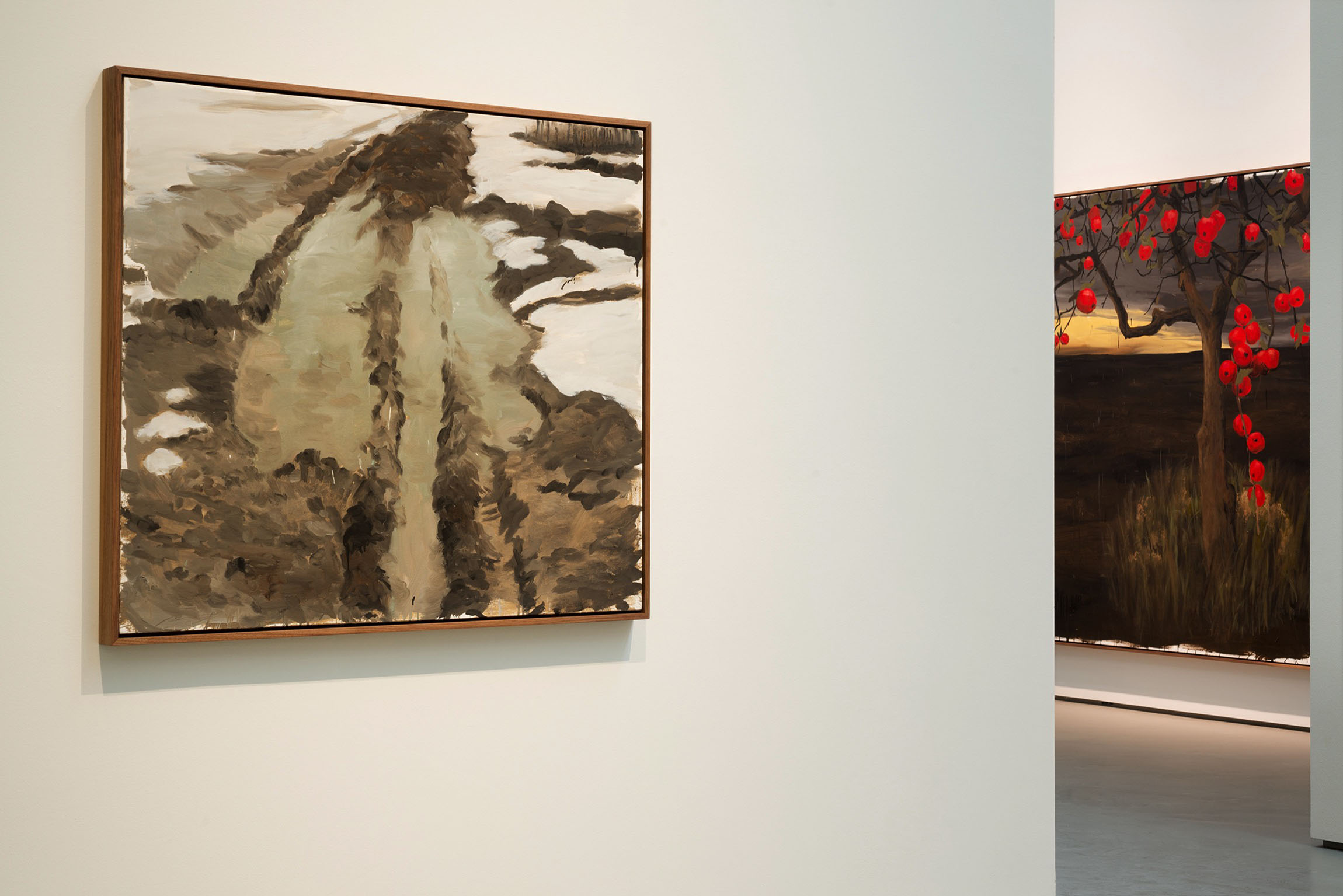 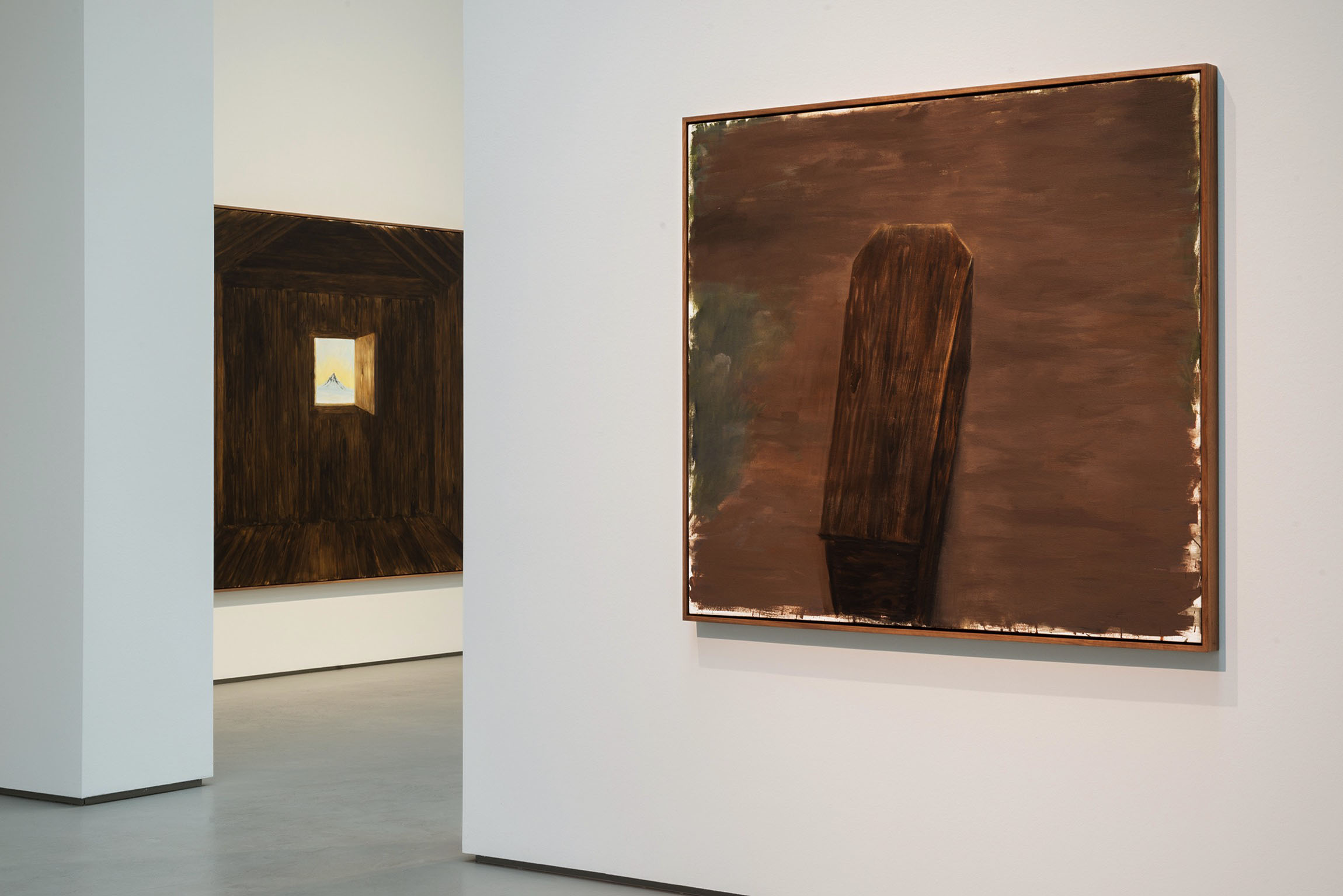 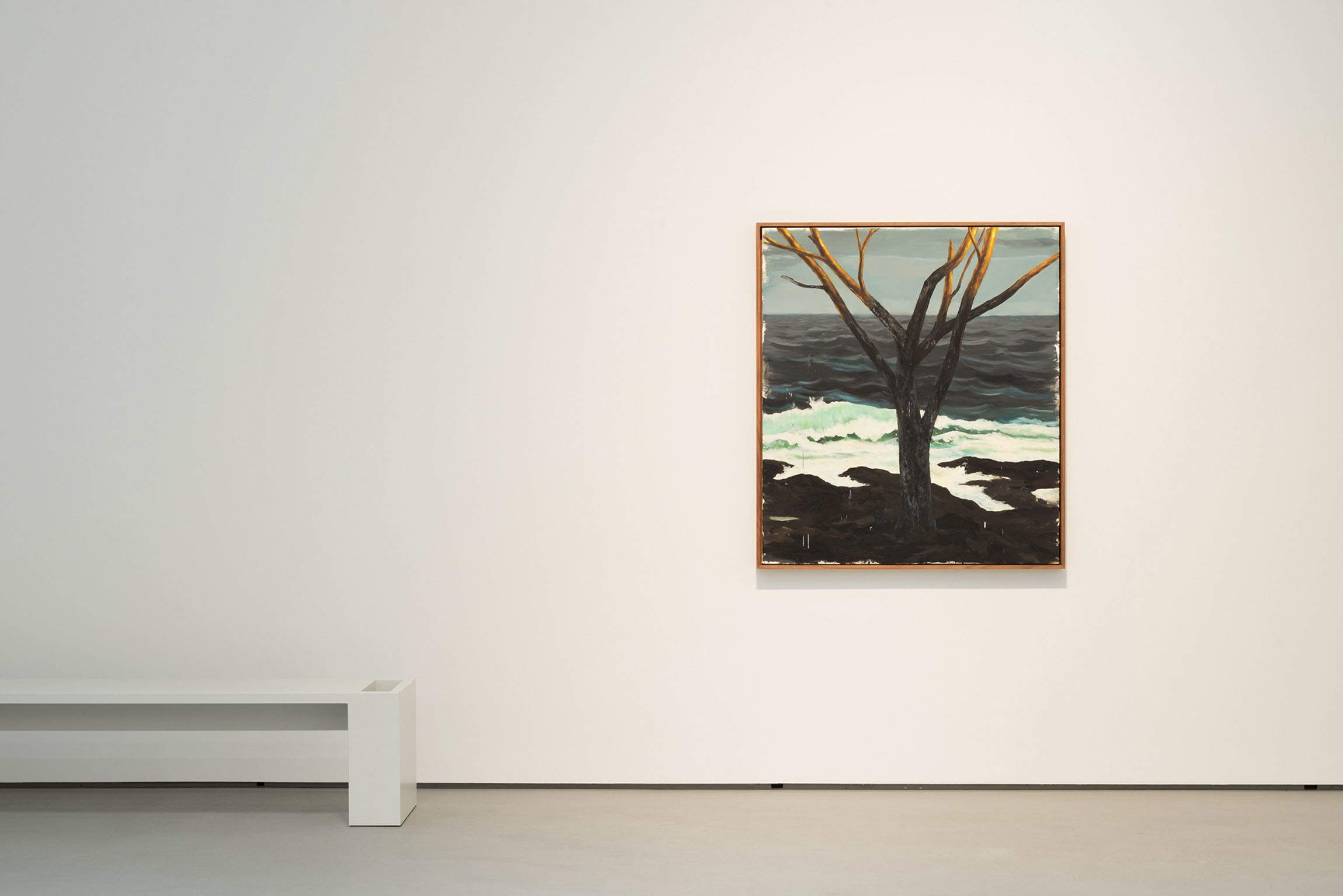 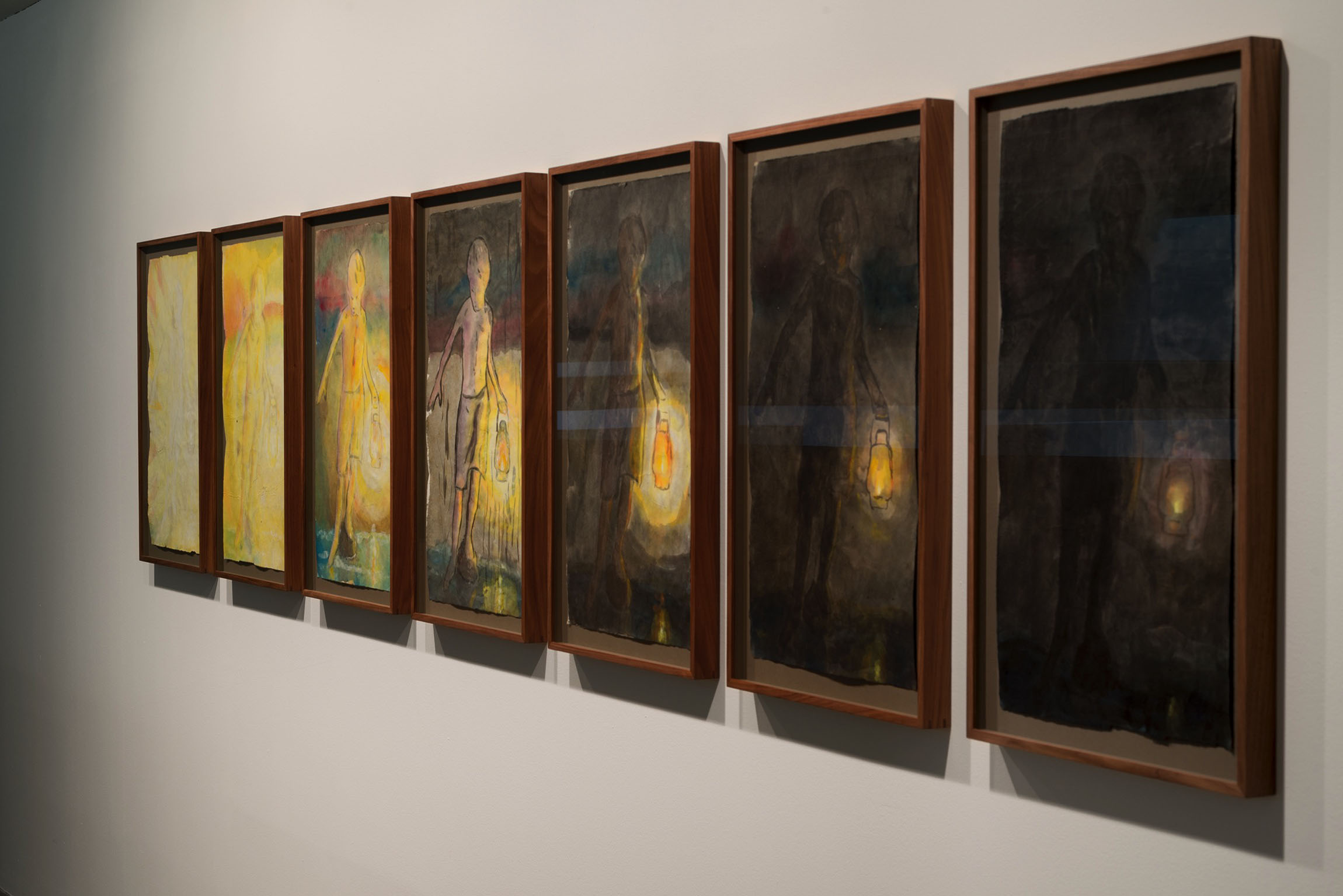 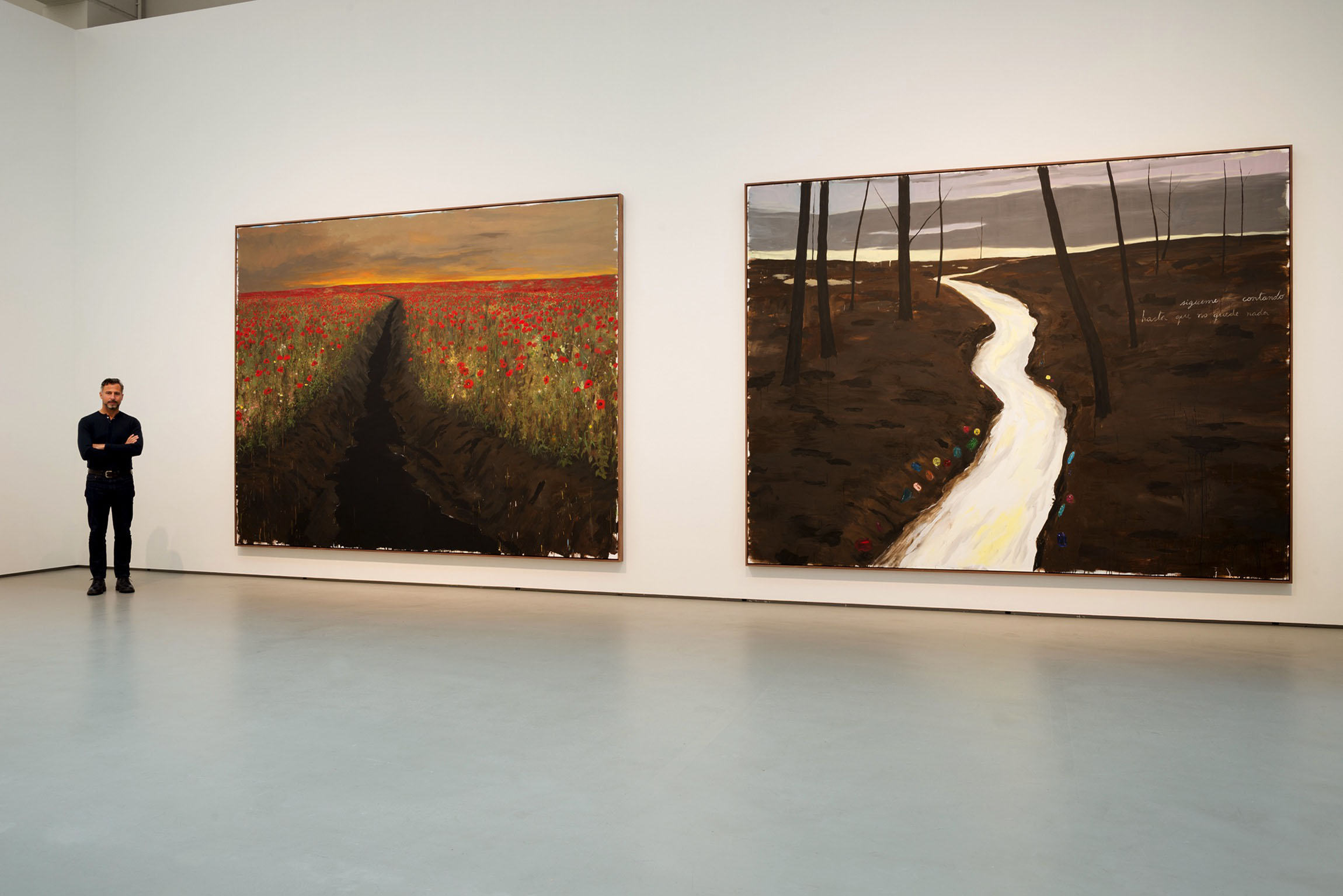 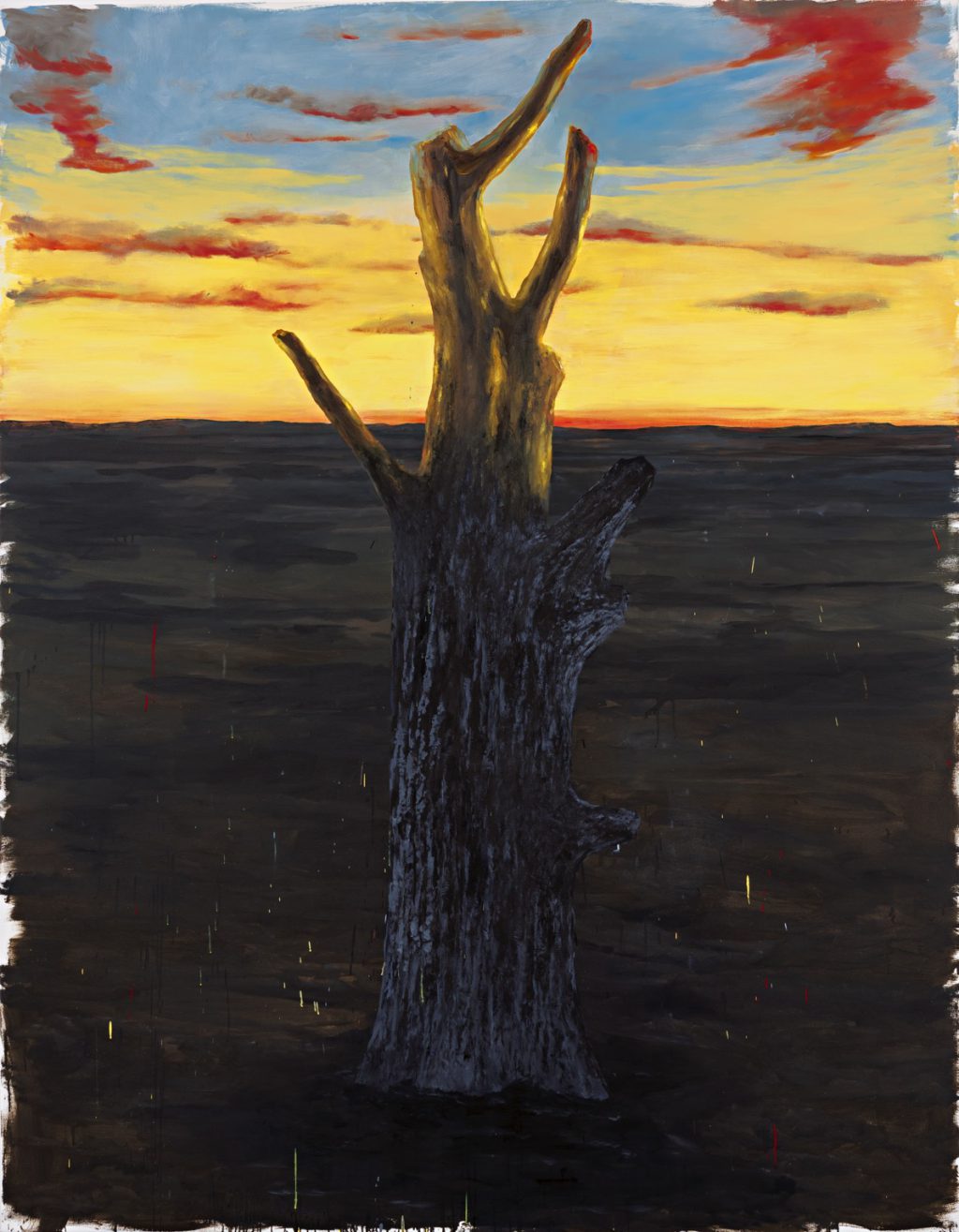 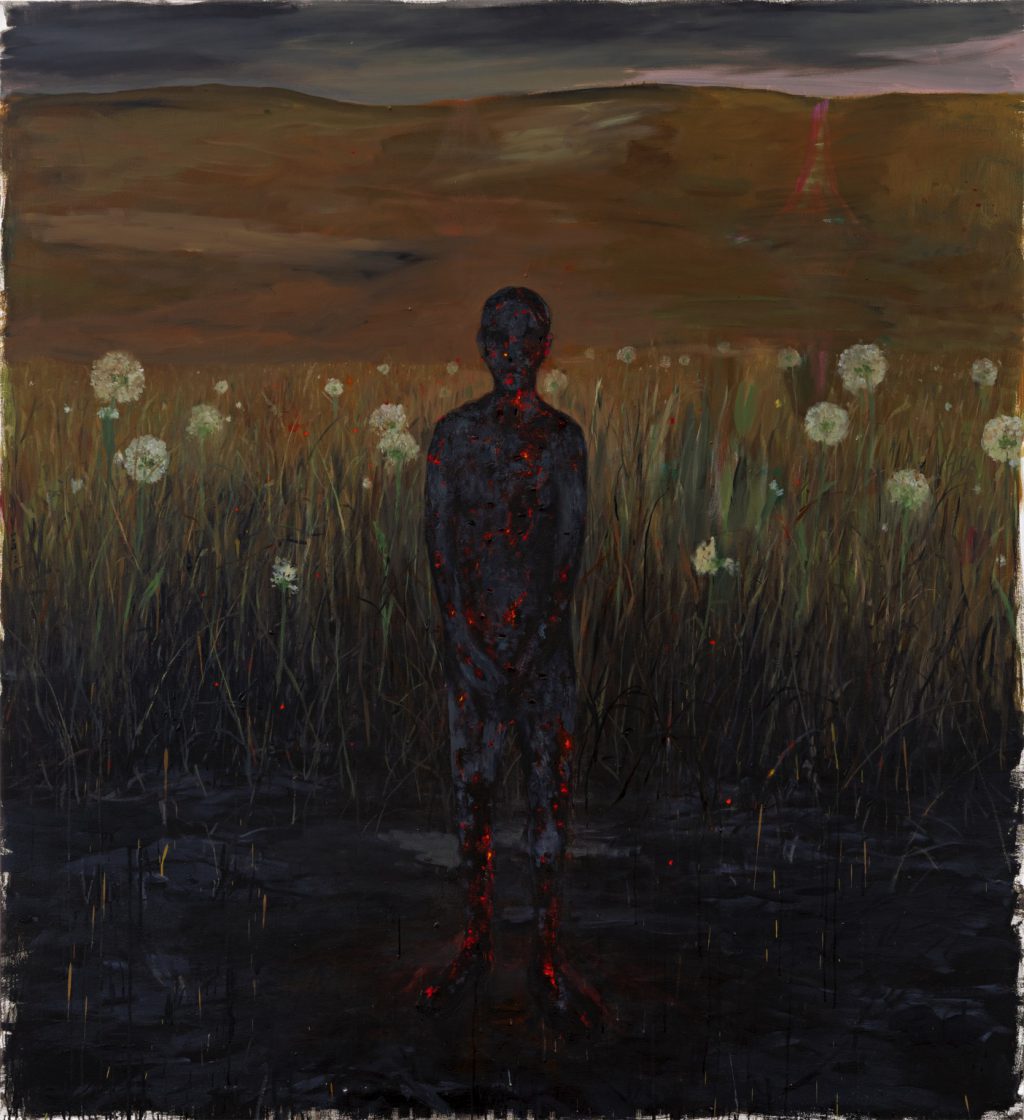 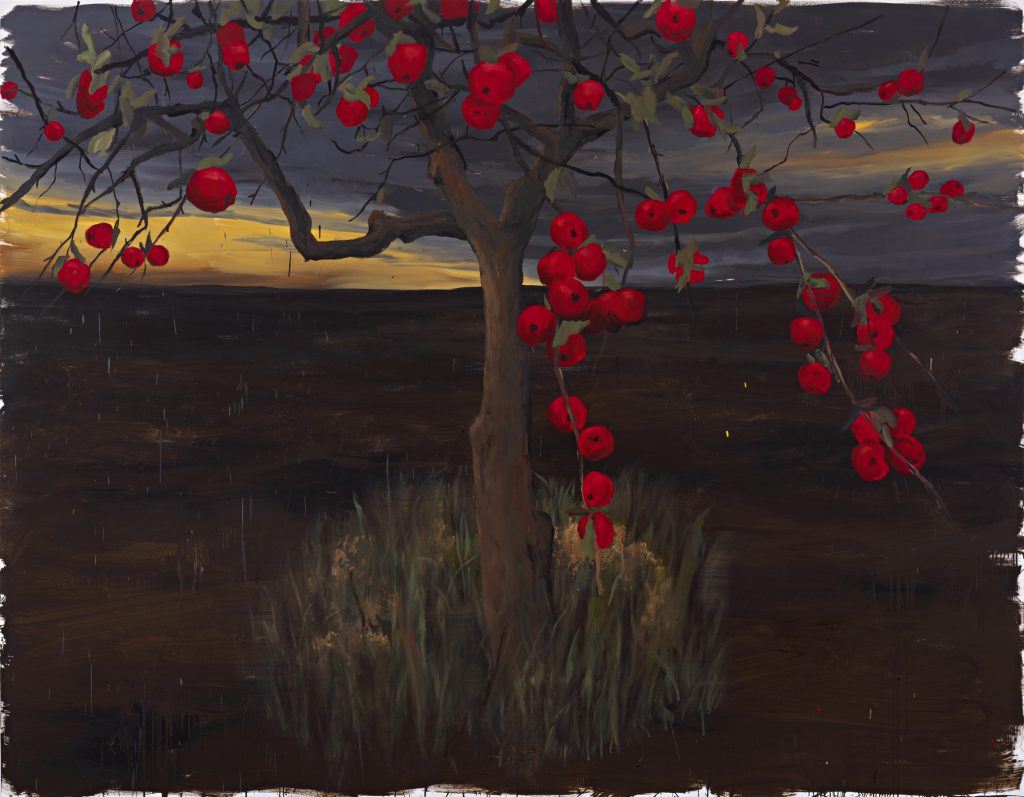 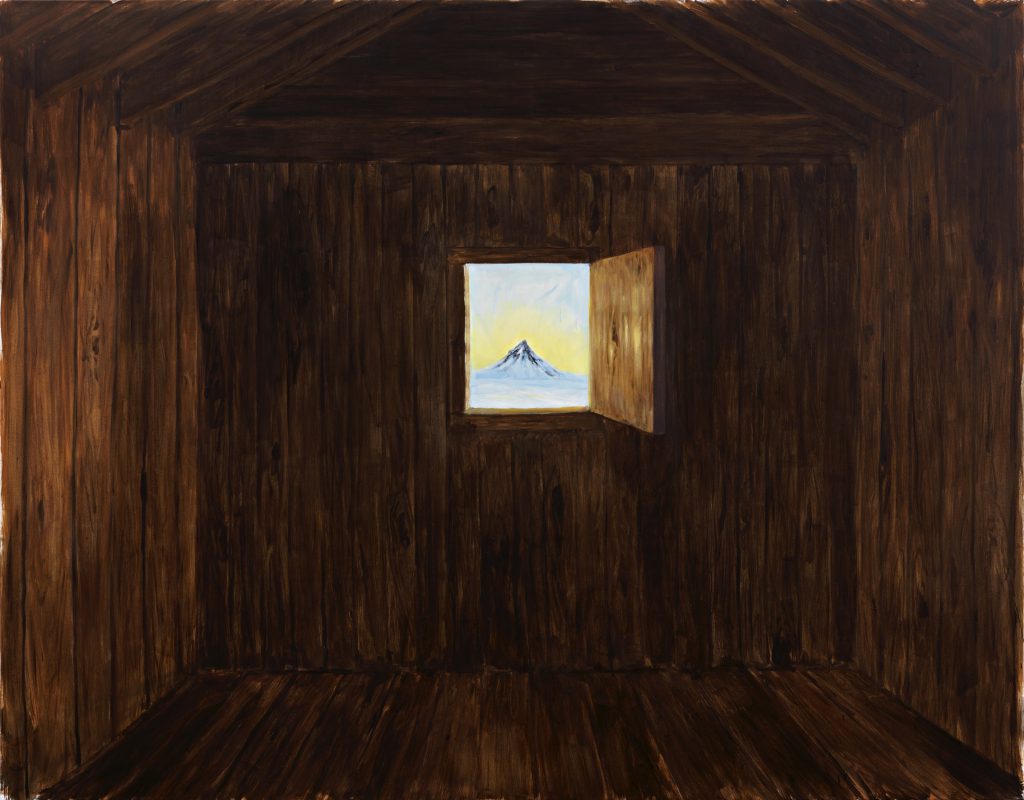 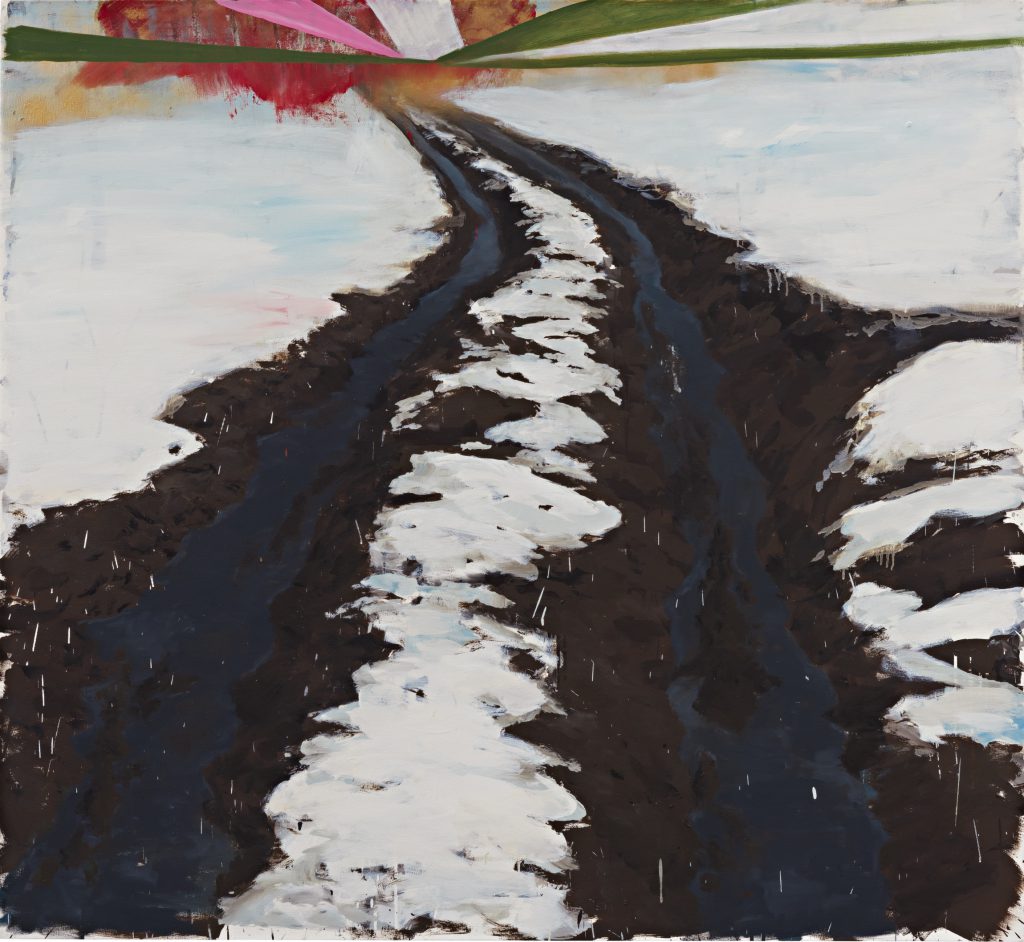 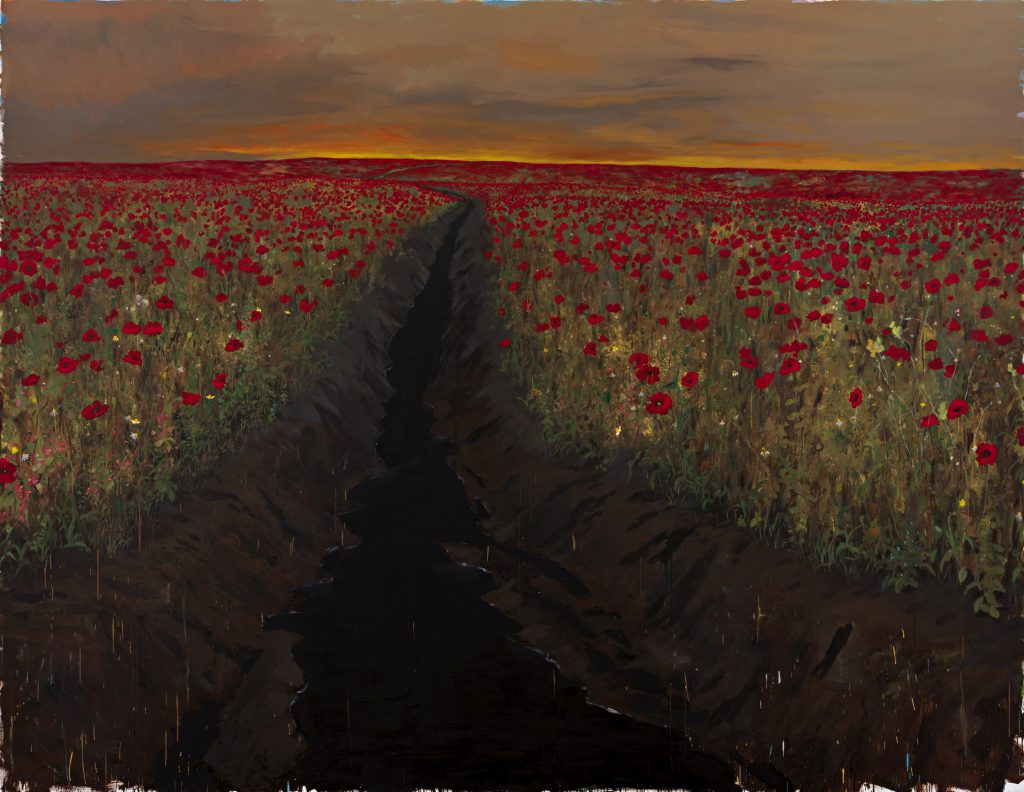 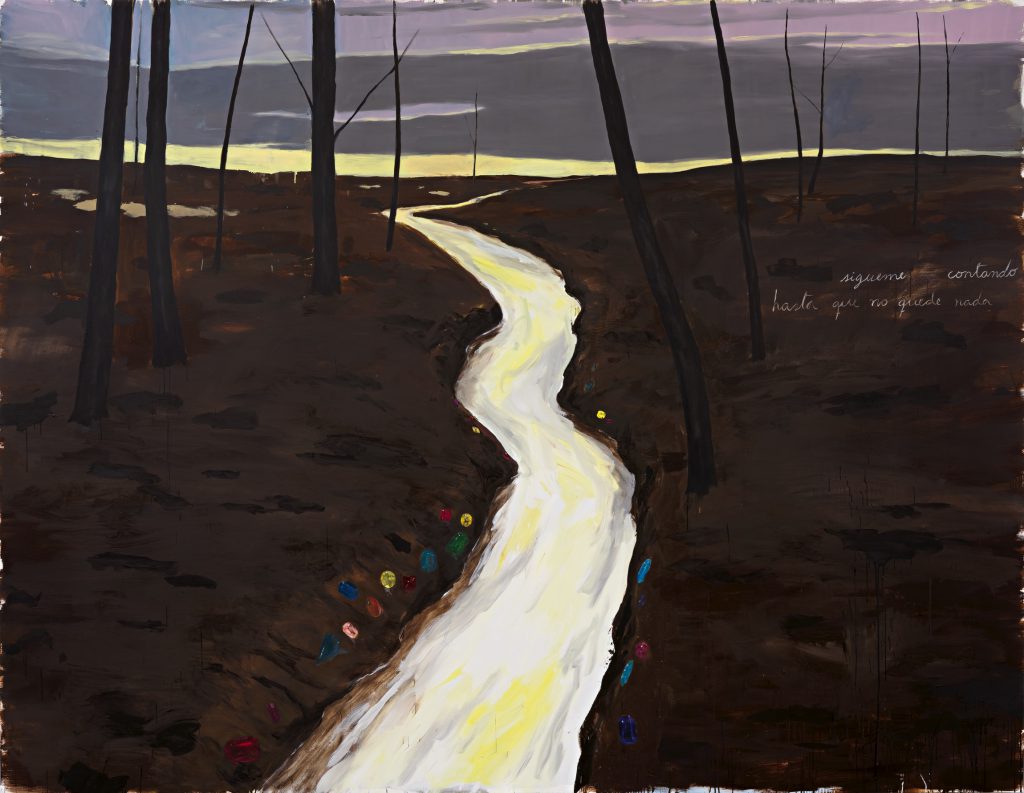 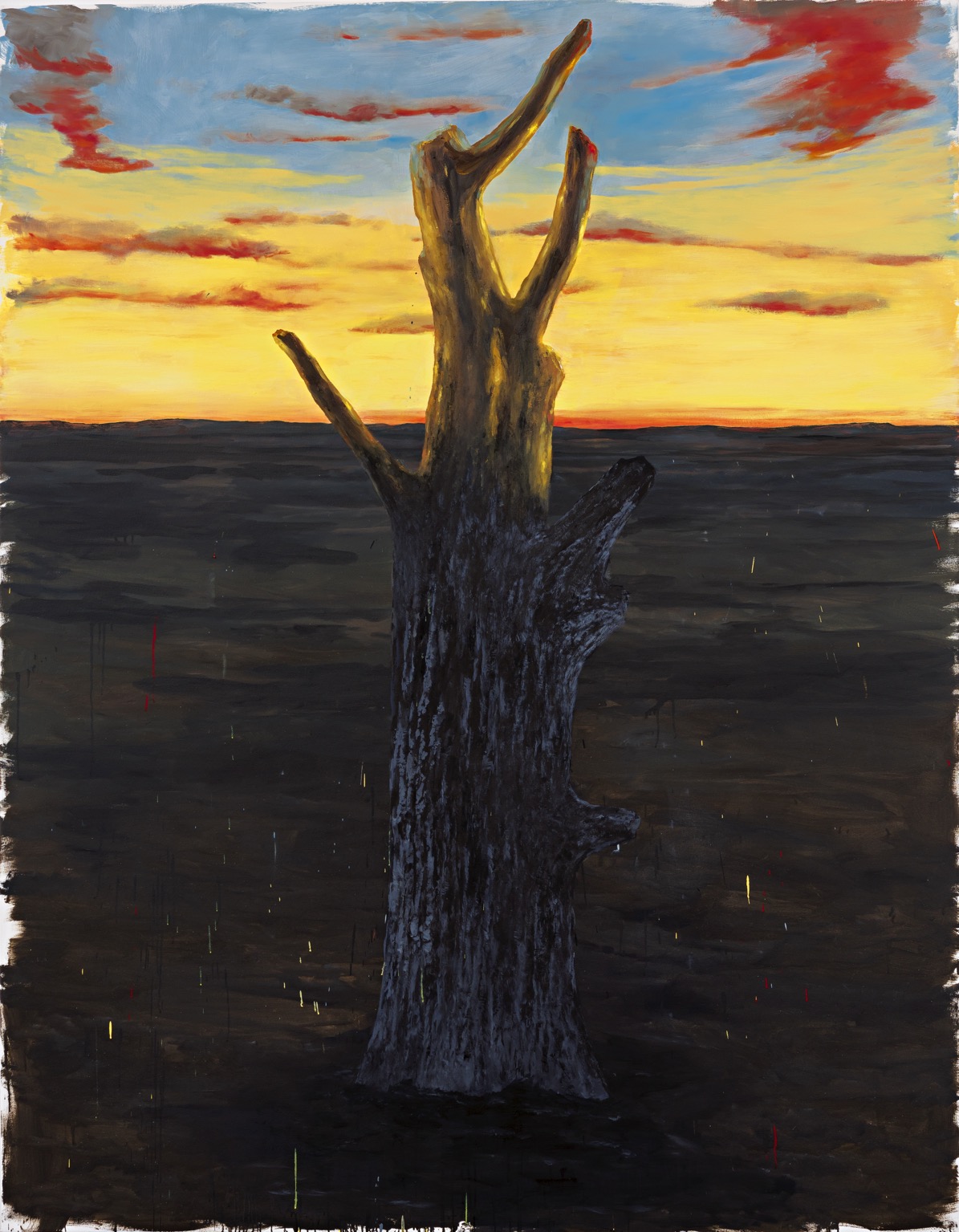 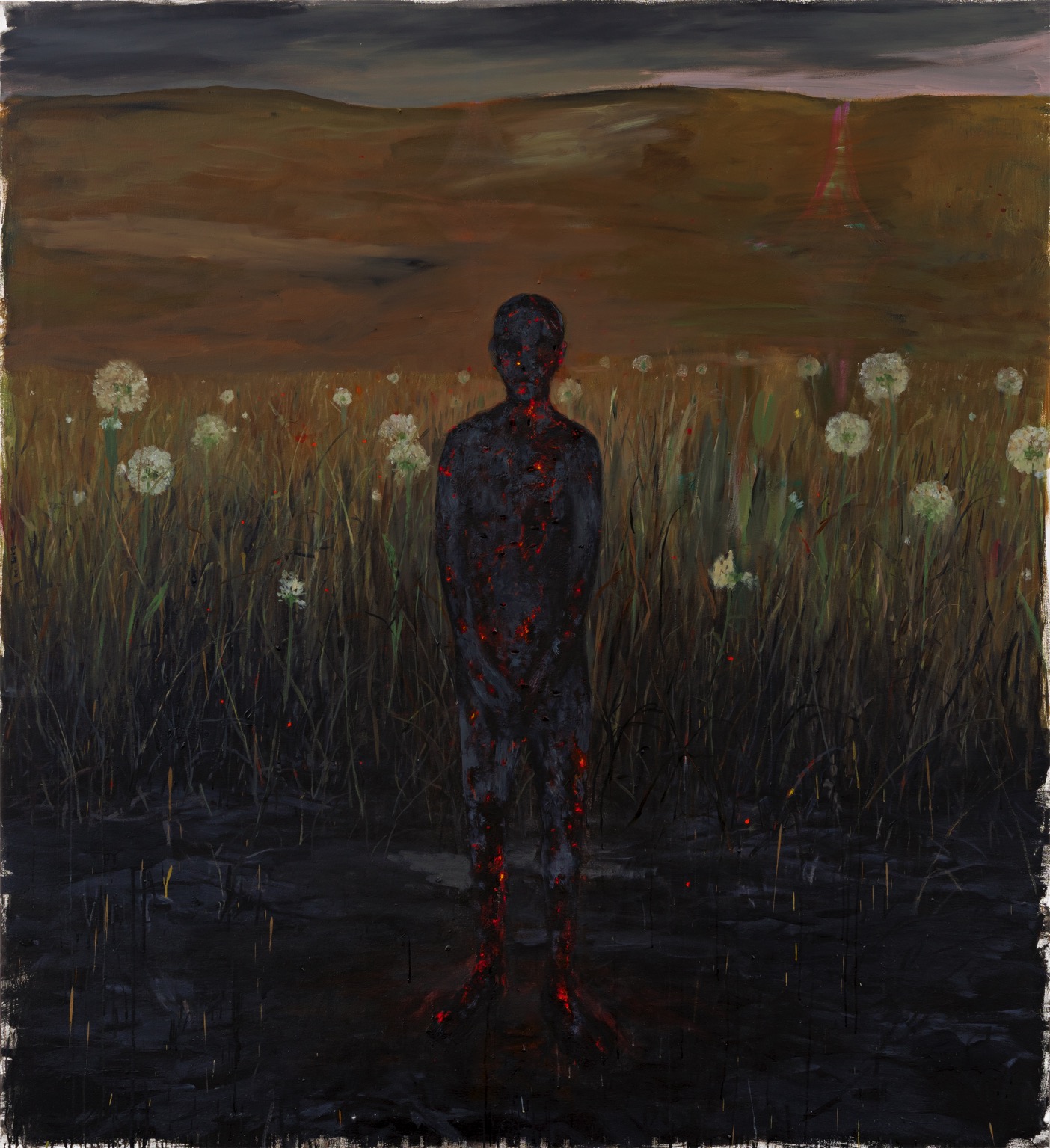 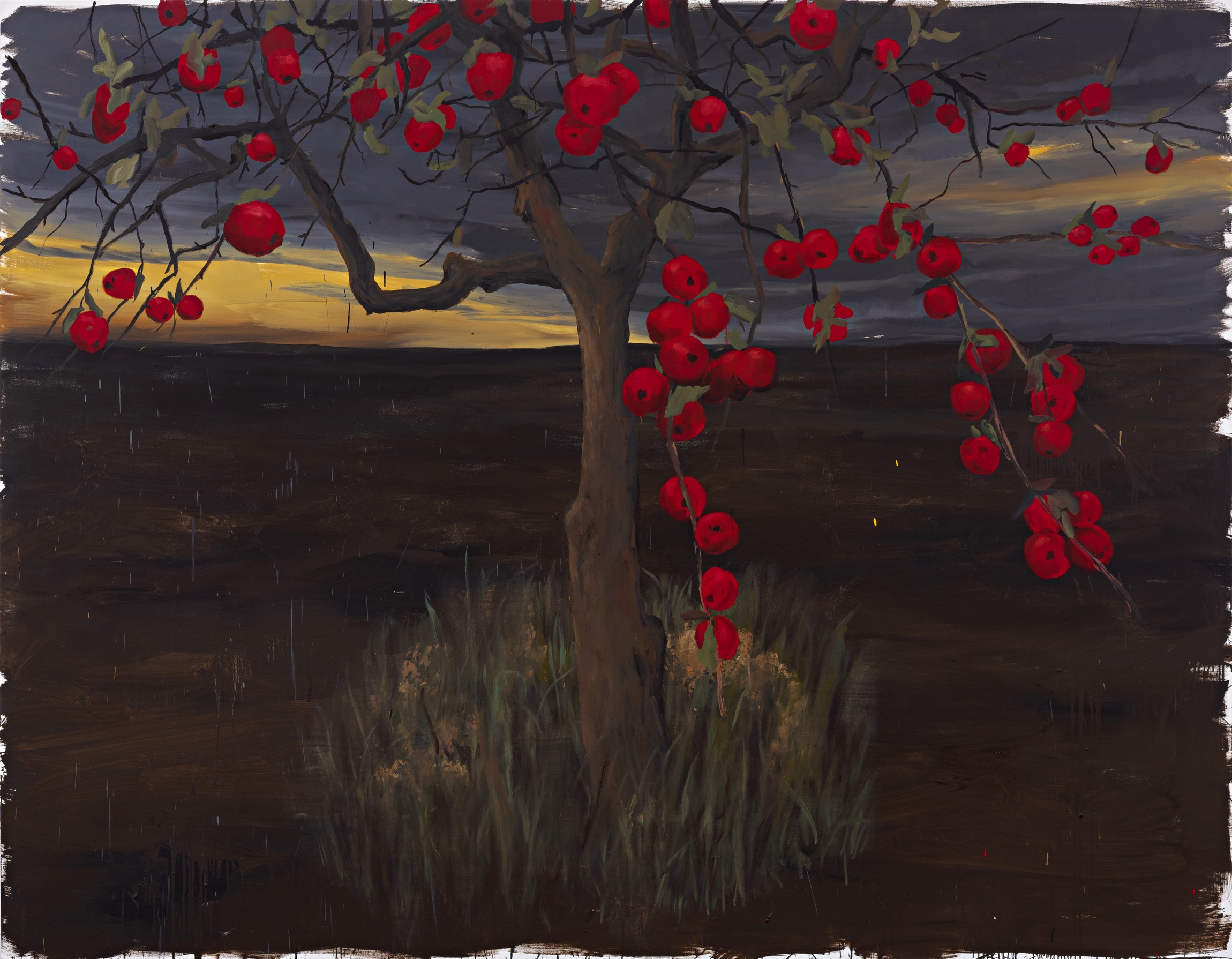 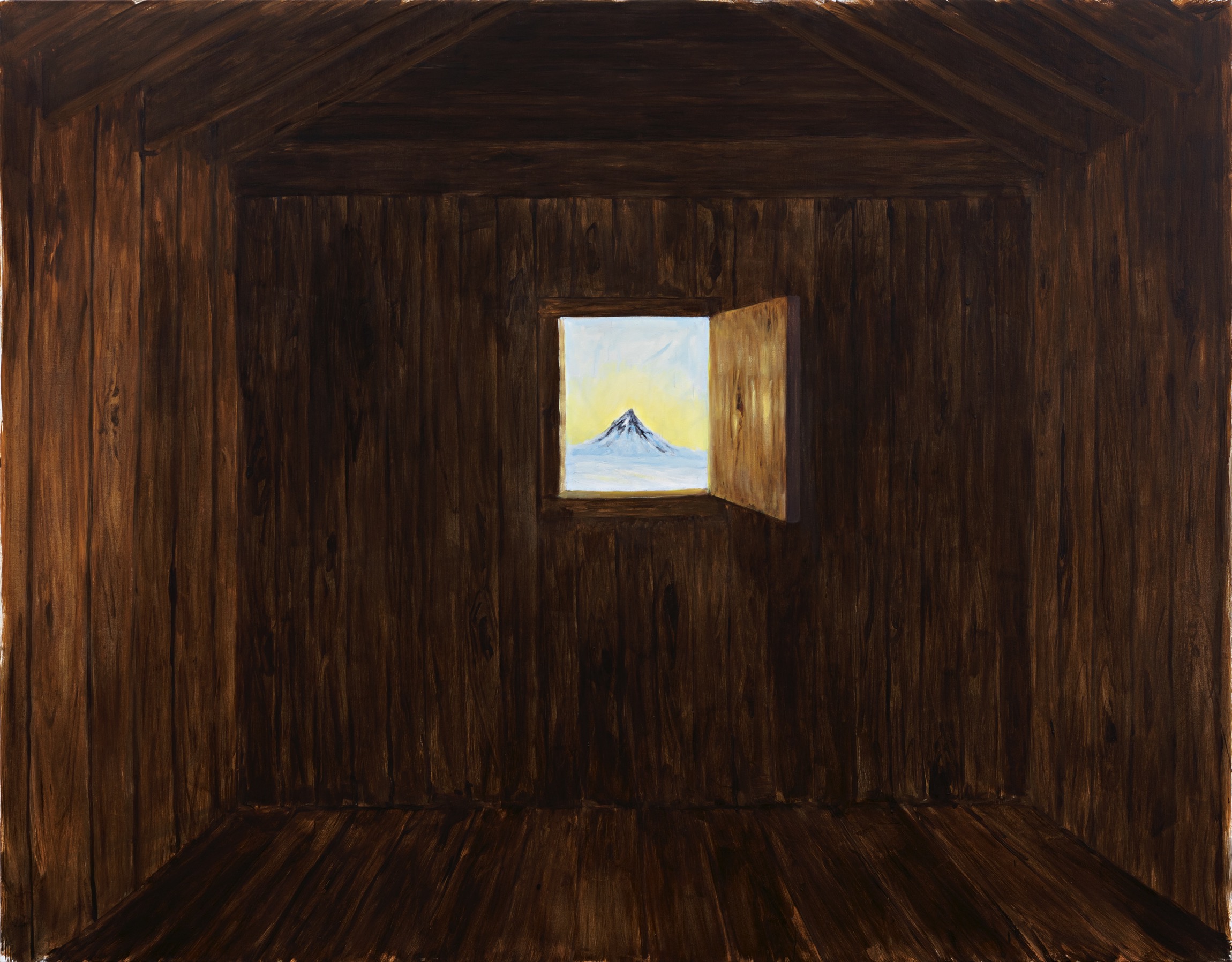 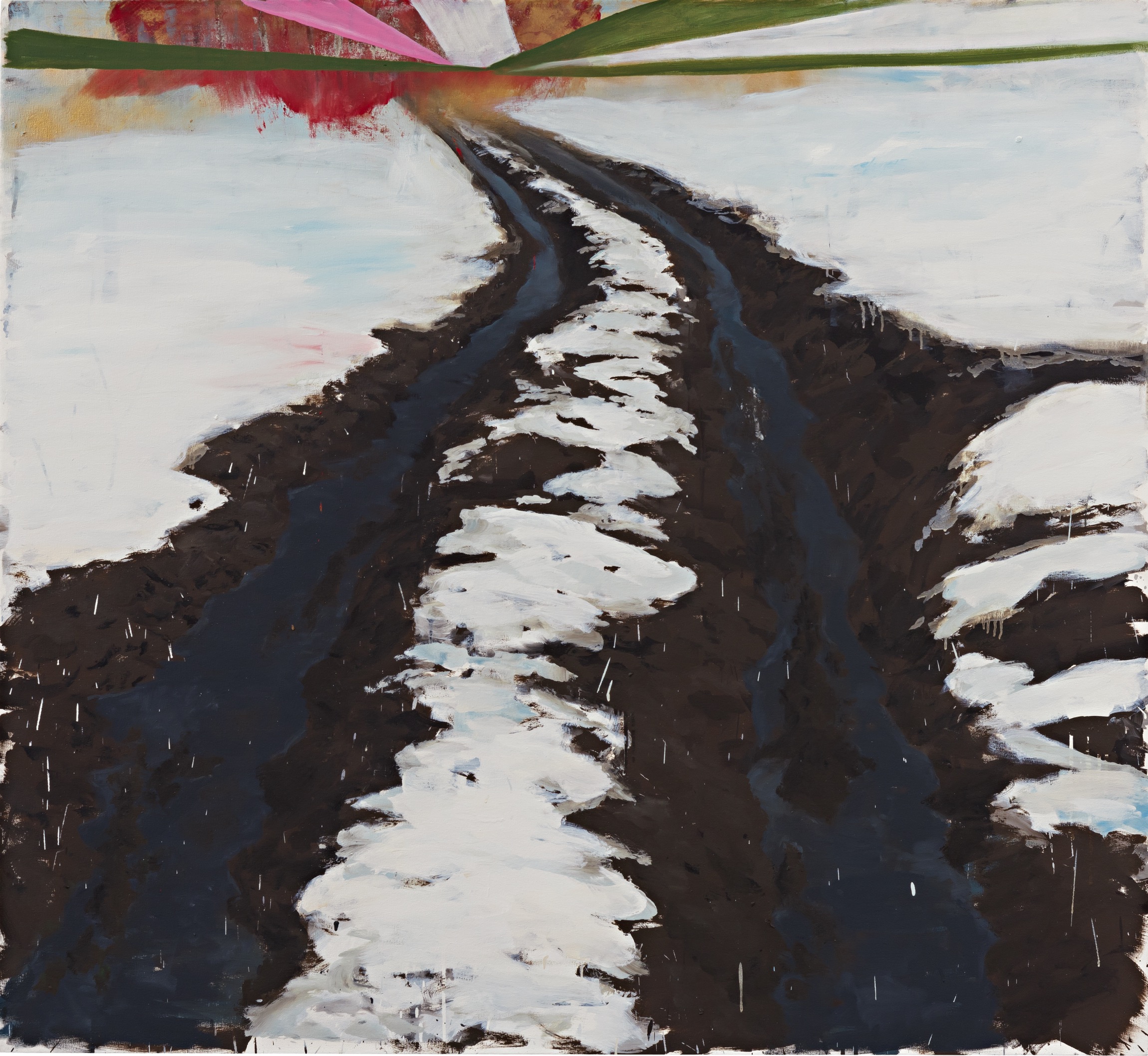 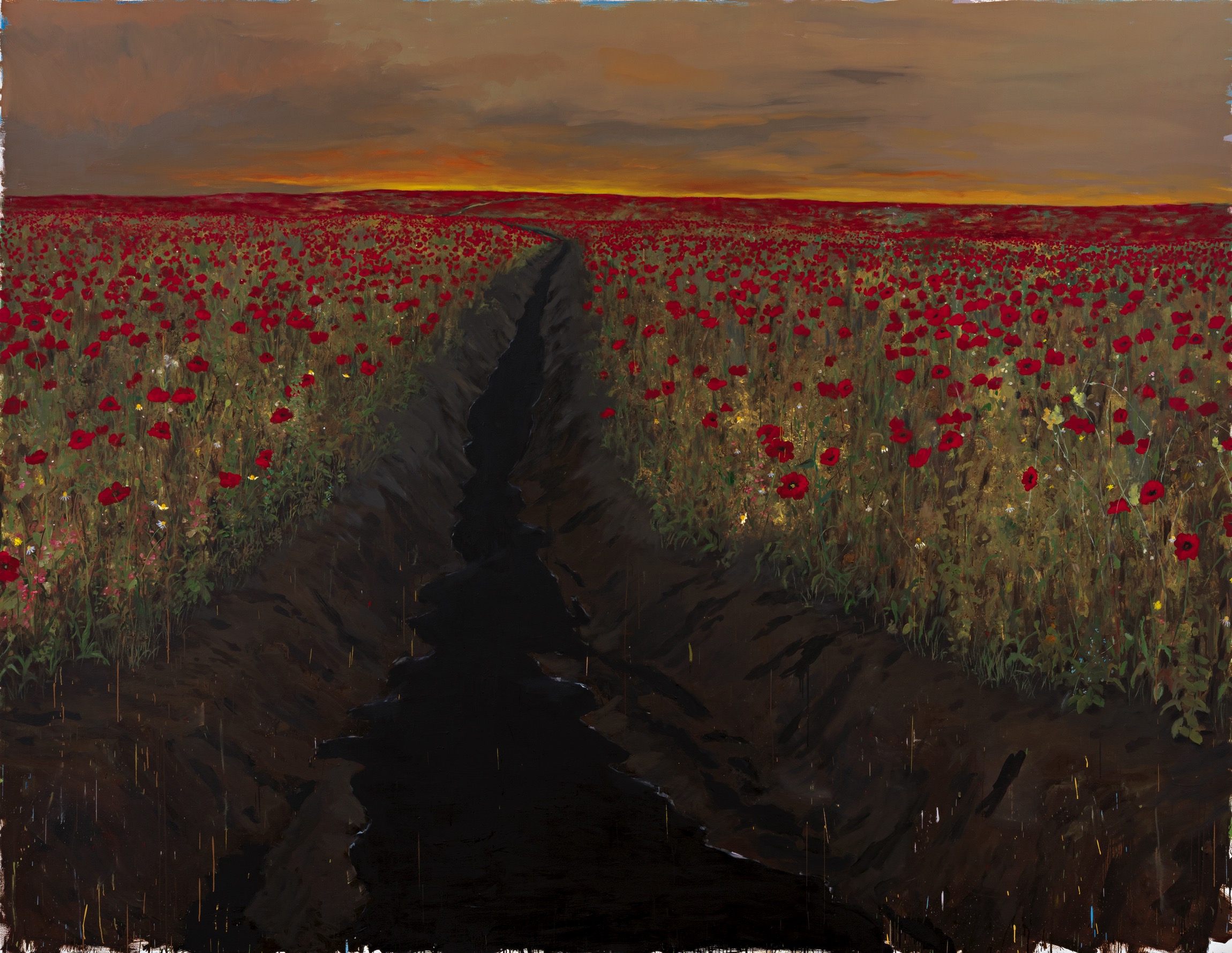 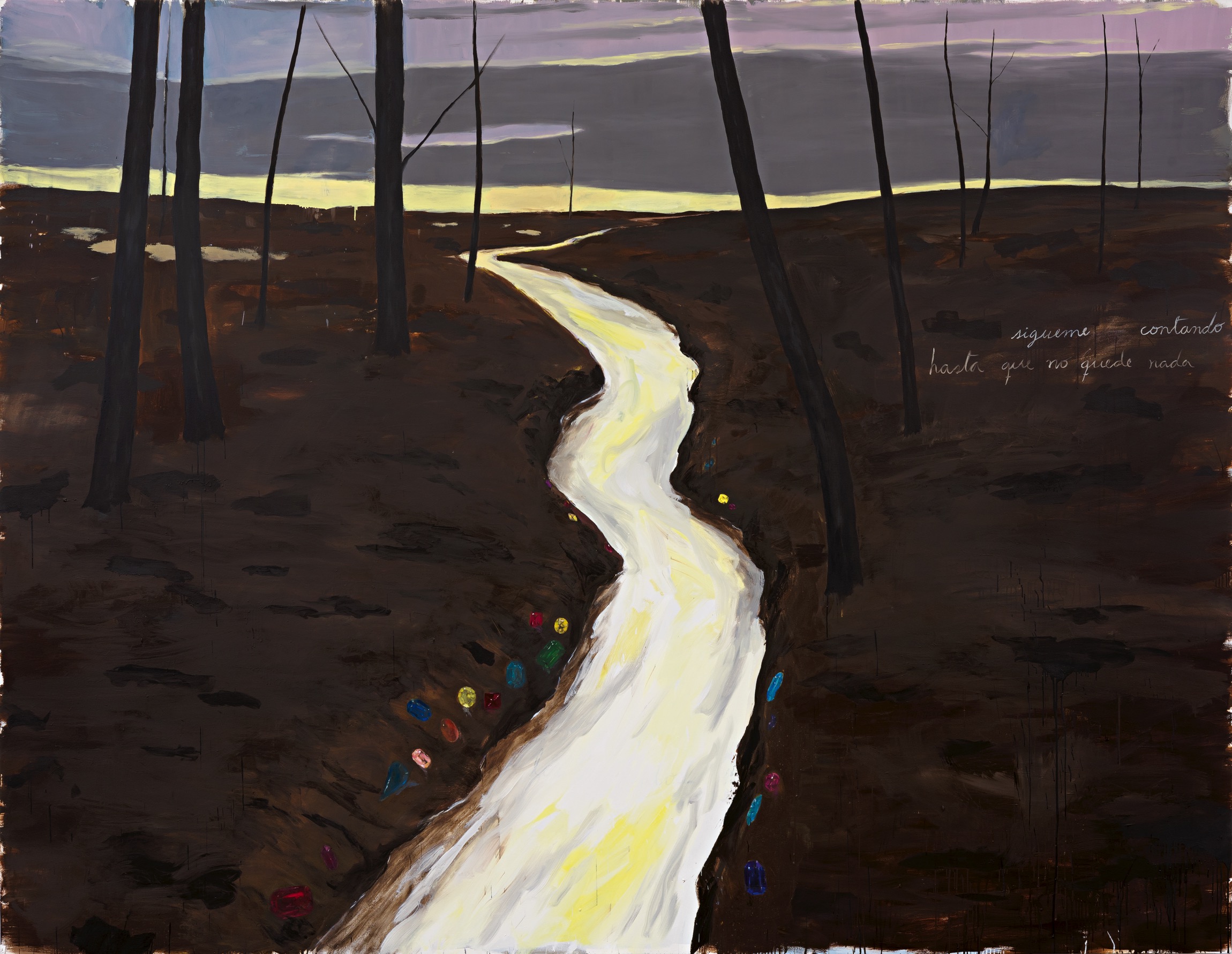 It is exactly twenty years since Cuban-born Enrique Martínez Celaya first came to Berlin. The visit left a lasting mark on his work: afterwards, the artist began creating his first environments, where paintings, sculptures and objects meet and enter into a spatial interaction with the viewer.

One of these environments was on display in the Berliner Philharmonie around the New Year of 2005. In front of a pastose painting of a snow-covered forest stood a bed in a snow-white covering. This was not linen, however, but a thick layer of ice in the form of a blanket and pillow. Using sophisticated refrigeration technology, the artist had turned the snow bed, the symbol of death in Paul Celan’s poem Schneebett, into a reality. It visualized the final years of Ludwig van Beethoven, when he was confined to his sick bed. Taking the famous composer as its point of departure, the work picked up a whole number of significant themes in the history of German culture, such as the forest as a projection screen for national identity and intellectual stimulation, and the yearning for tranquility in industrialized society. Alongside these themes, the work addressed fundamental discourse on human alienation from nature, collective cultural memory, and transience. This group of motifs plunges us into the German Romanticism heralded by Beethoven’s music, which was to influence Martínez Celaya in many ways.

Martínez Celaya’s latest paintings are likewise related in part to the motifs and aesthetic program of the German Romantics. In the last few months, he has produced several large-format landscapes, and these now take center-stage in his first solo show at Galerie Judin in Berlin – evoking longings, mystical experience, natural phenomena, and individual emotion. They show, for example, snowy fields rutted by dark streams (The Spellbound), brightly colored jewels glittering in the mud of a riverbank (The One Who Stayed (Milk)), or a tree defying the surf with golden branches (The Prophet). All these works are informed by an unspecified time and place, and by the presence or absence of human protagonists. In fact, there is only one human figure in these paintings which is unusual for the artist: The Fiery Wound depicts a boy whose body seems to have been shaped from cold lava. Yet there is another one: As a narrator and a figure of identification, the artist offers the viewer a curious wanderer who is to be found in the seven watercolors of the series The Conscience. This motif also has a relationship to the pictorial traditions of the Romantics, where the wanderer personifies the desire for unspoiled nature, and the longing for home or distant places.

The presence of these rare figures alerts our consciousness to the absence of people in the other works. In these compositions, it is the space that exerts agency. The settings and states which the artist reveals to us in large format now pose all the more riddles: Who can enjoy the edifying view of the snow-capped mountain from this wooden hut – and also be overwhelmed by its unattainability (The Warden)? Who lowered the coffin into the water – and who is buried here (The Blossom)? And what vehicle left those traces on the snowy track through the field (The Mirror)? Blanks like these generate an exciting relationship between the work and the viewer, because while the pictorial narrations resist cognitive access, they suggest individual projections and incipient explanations.

The principle of blanks to challenge us permeates all of Martínez Celaya’s work. A few years ago, he described this in his own words: “Art is as much about what is not there as about what is there. The greatness of a work of art depends more in what it holds back than in what it shows.” 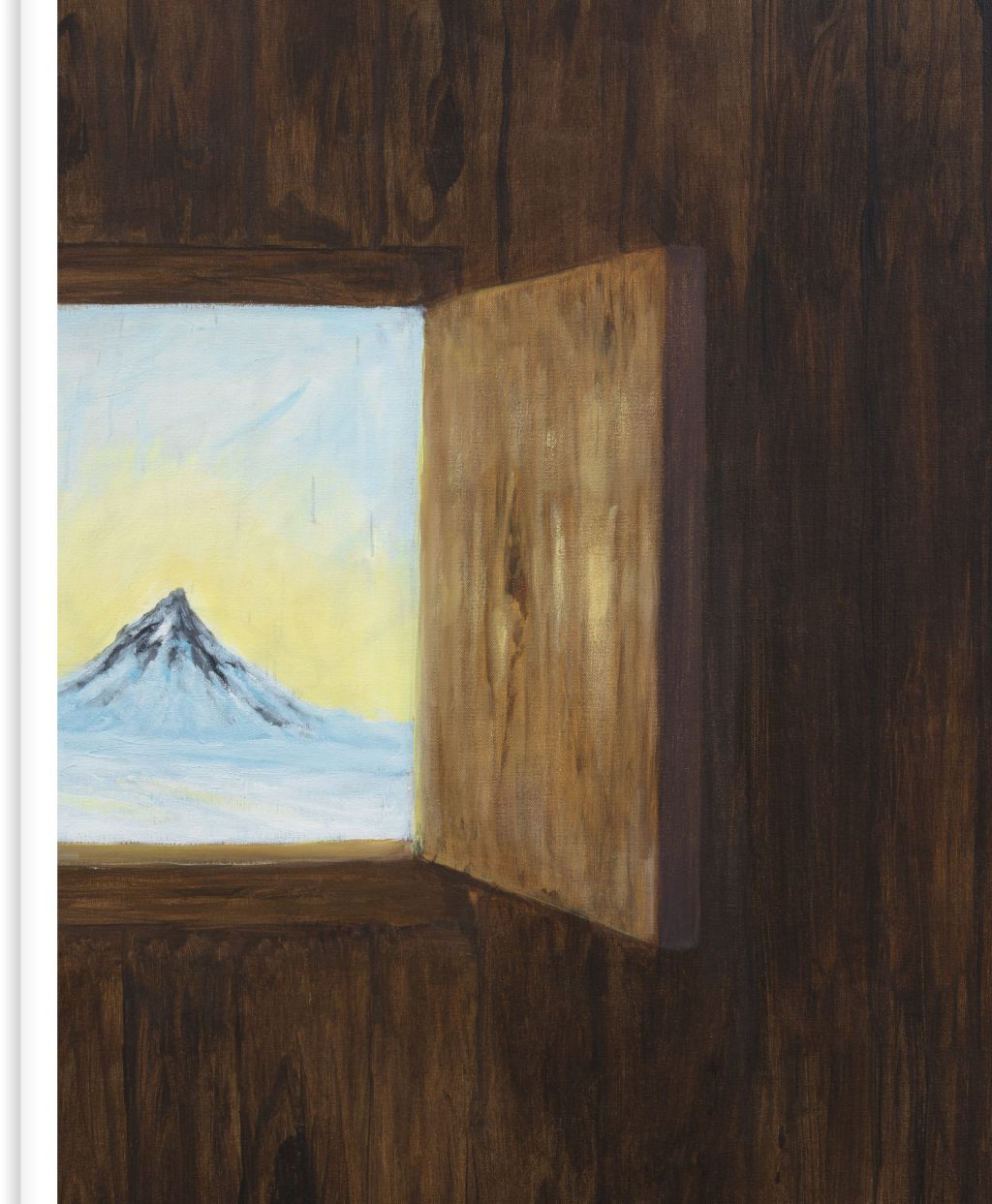