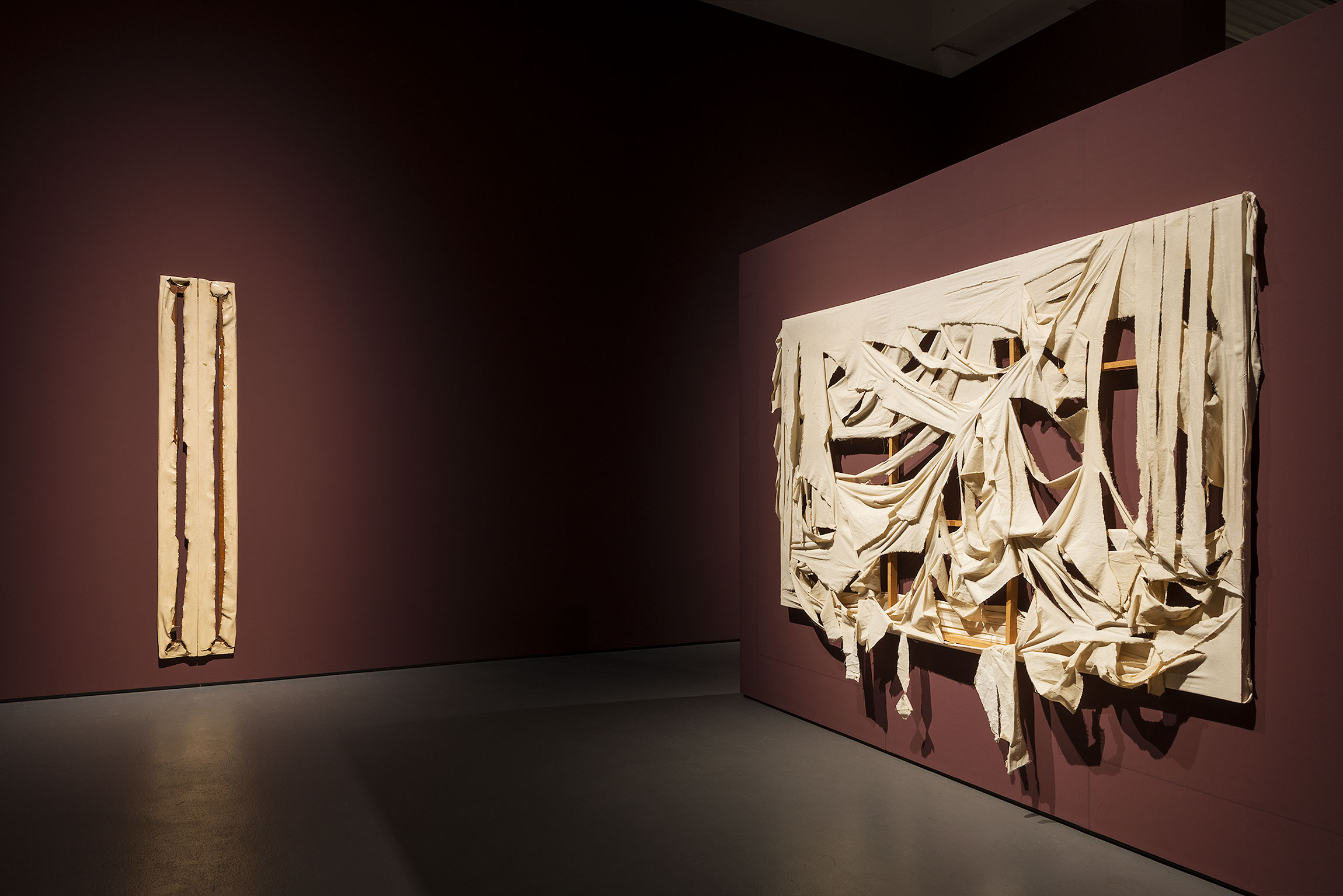 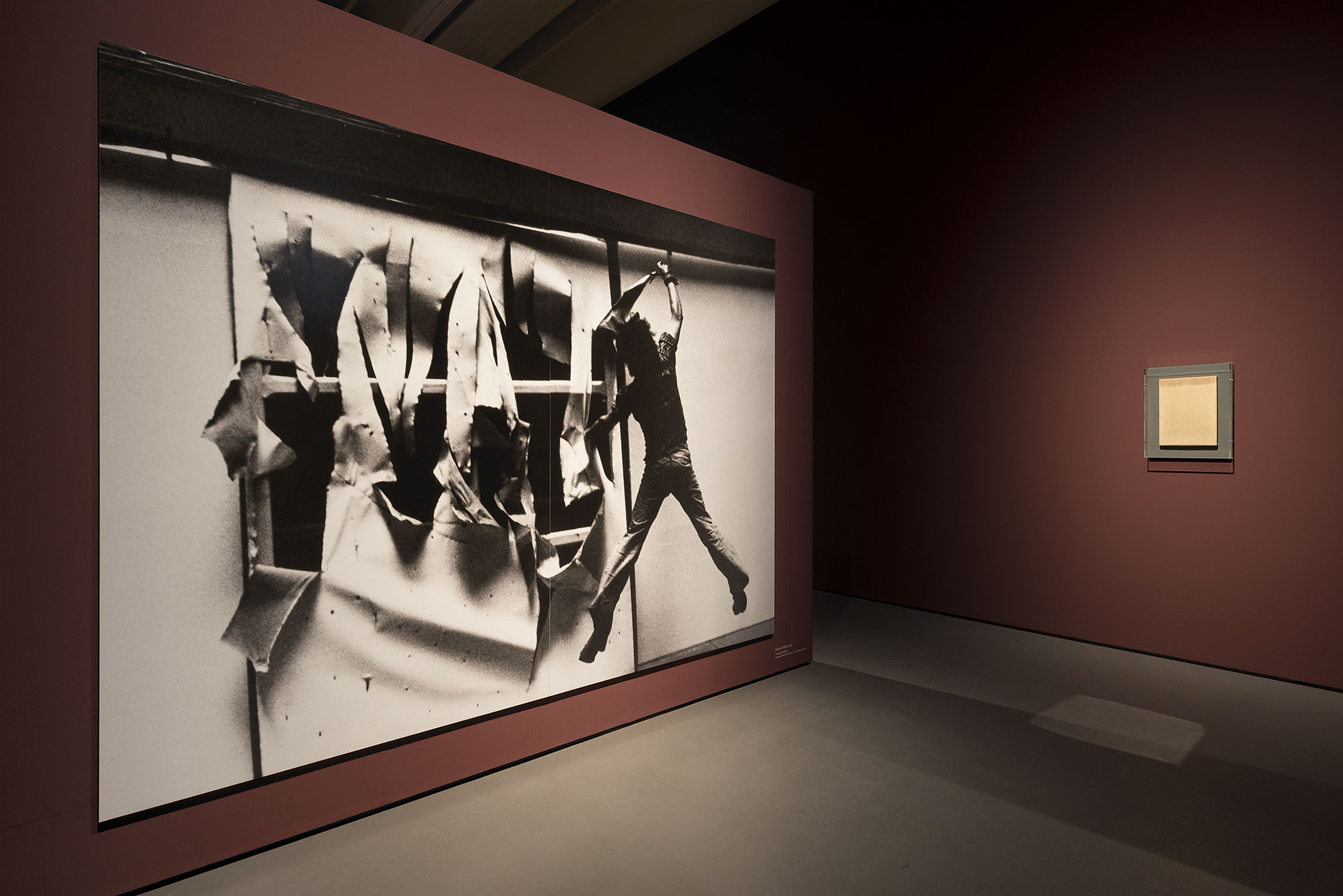 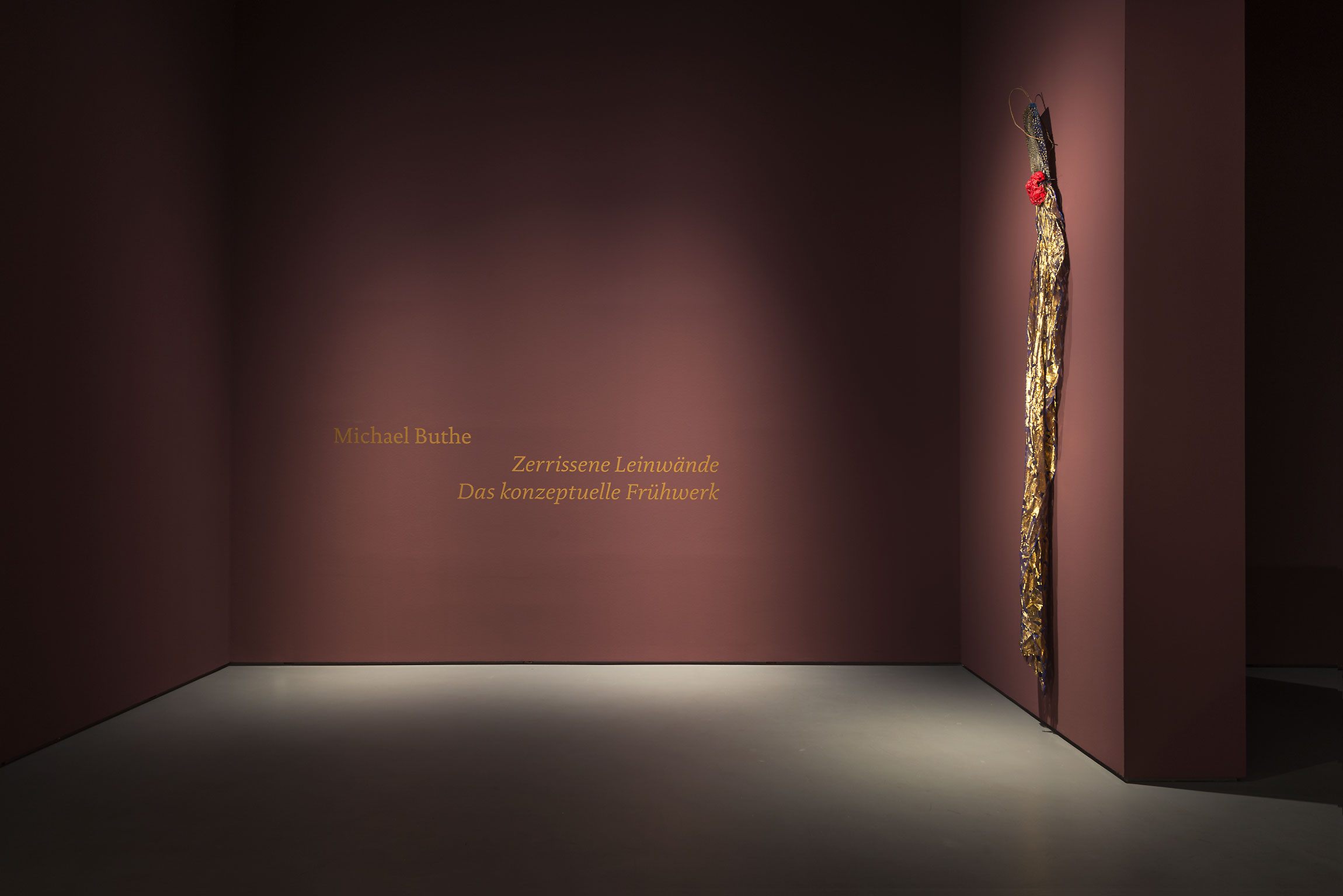 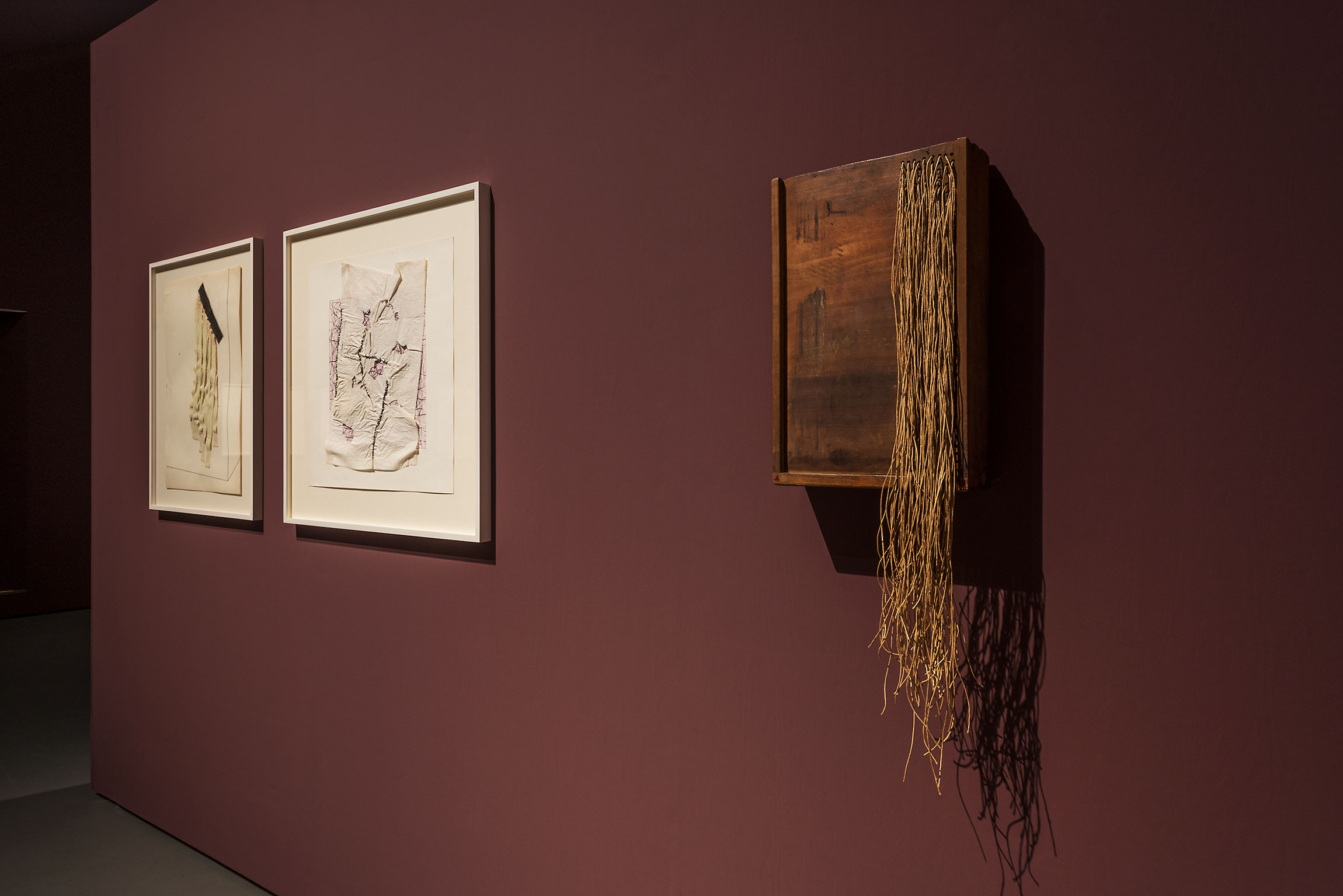 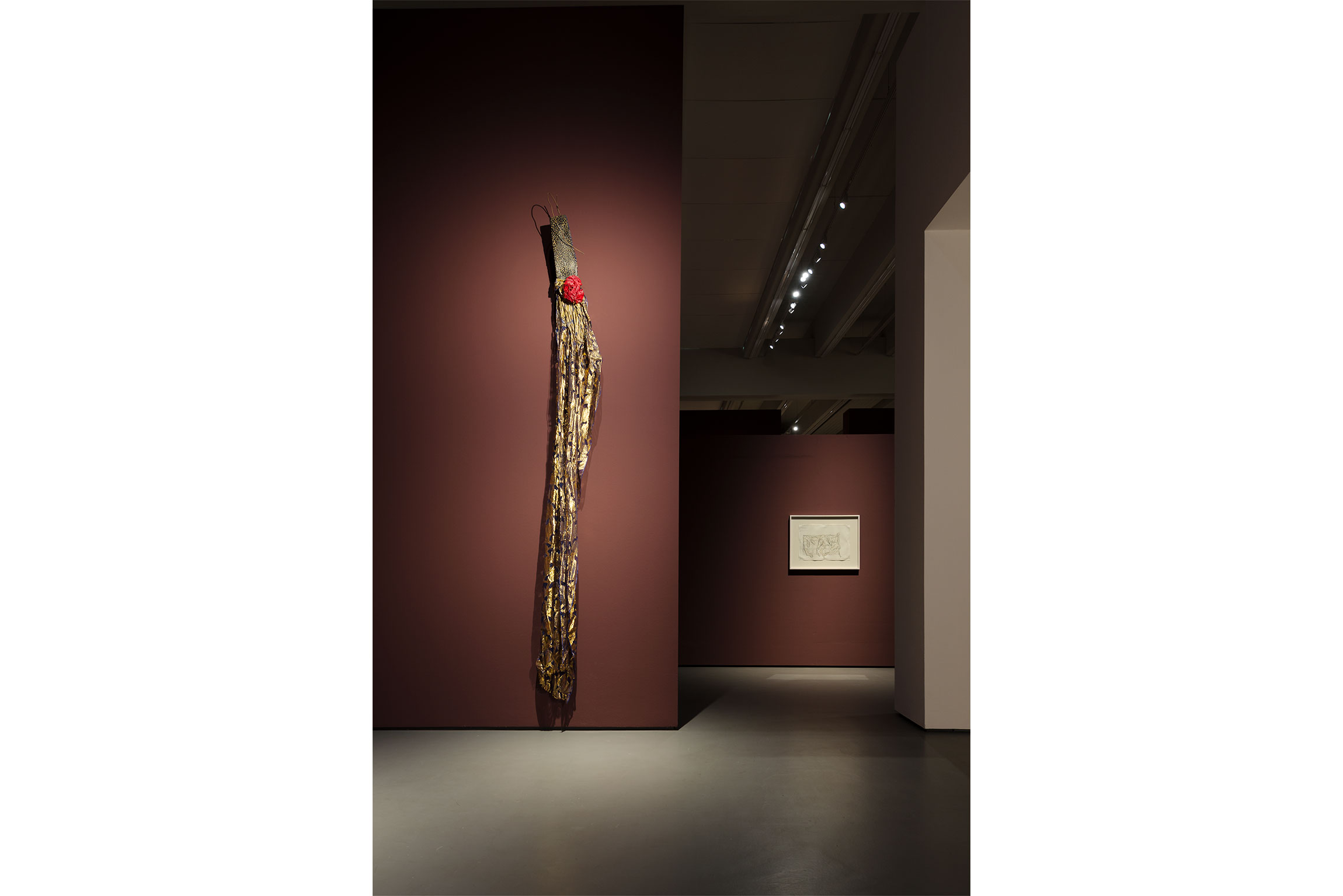 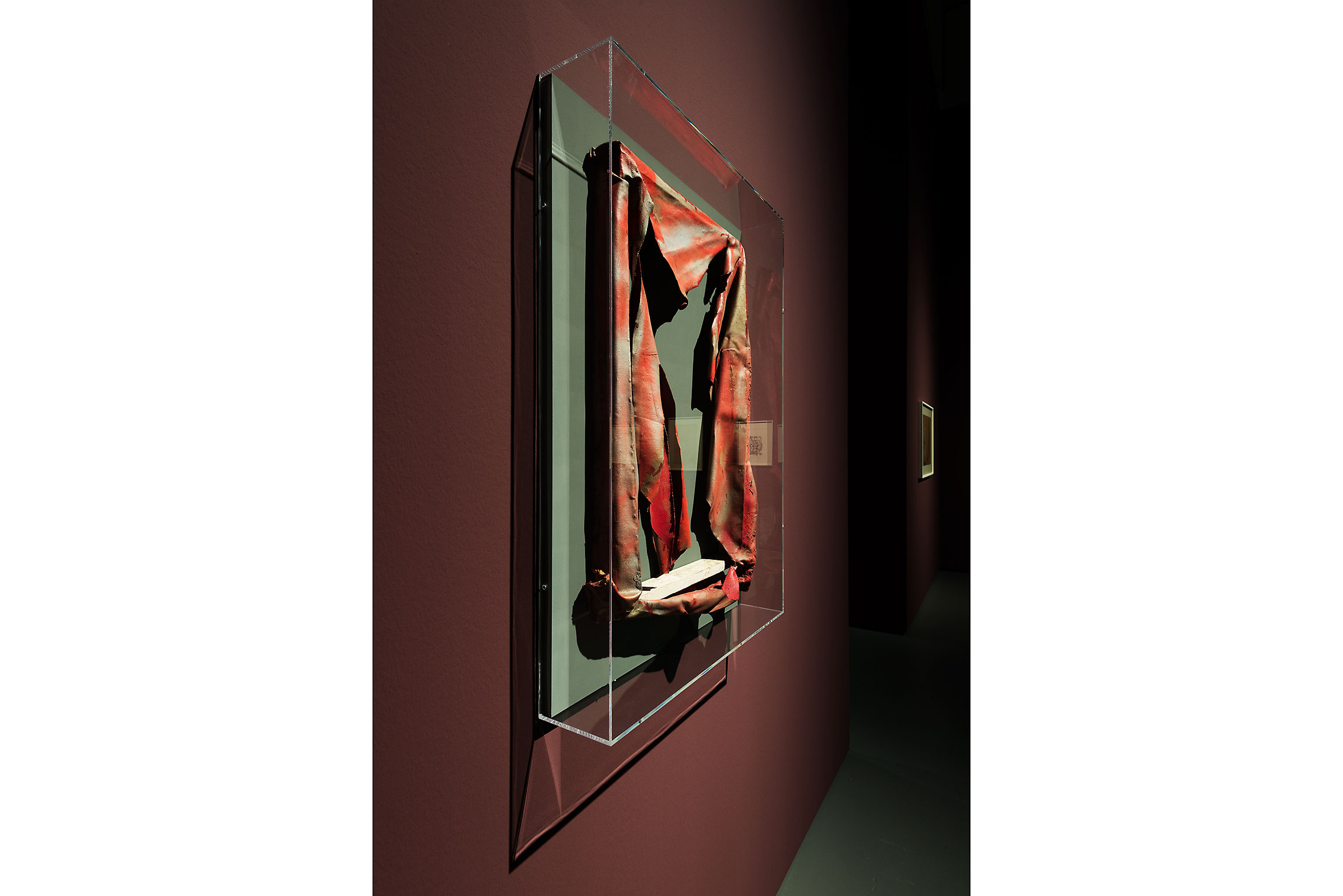 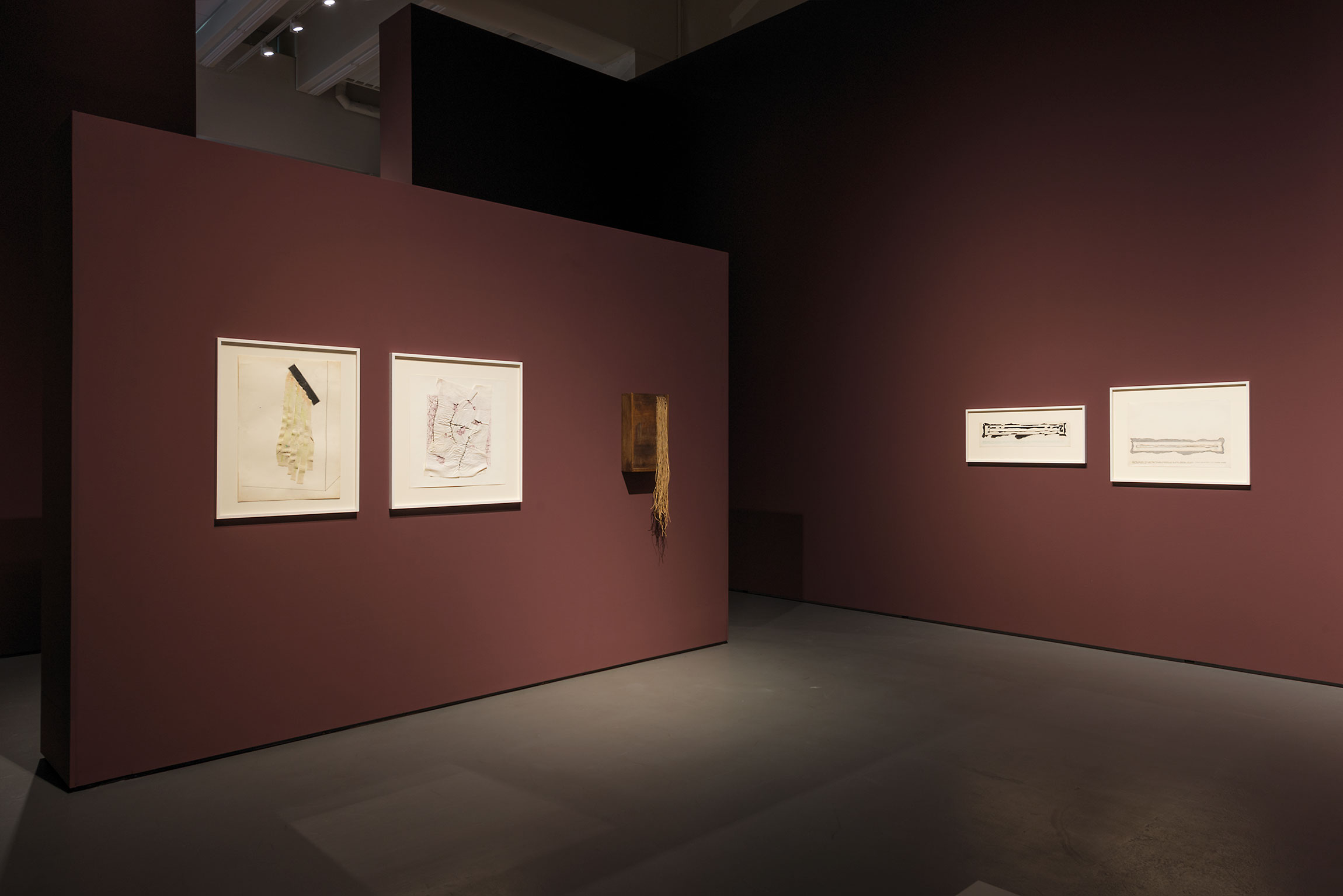 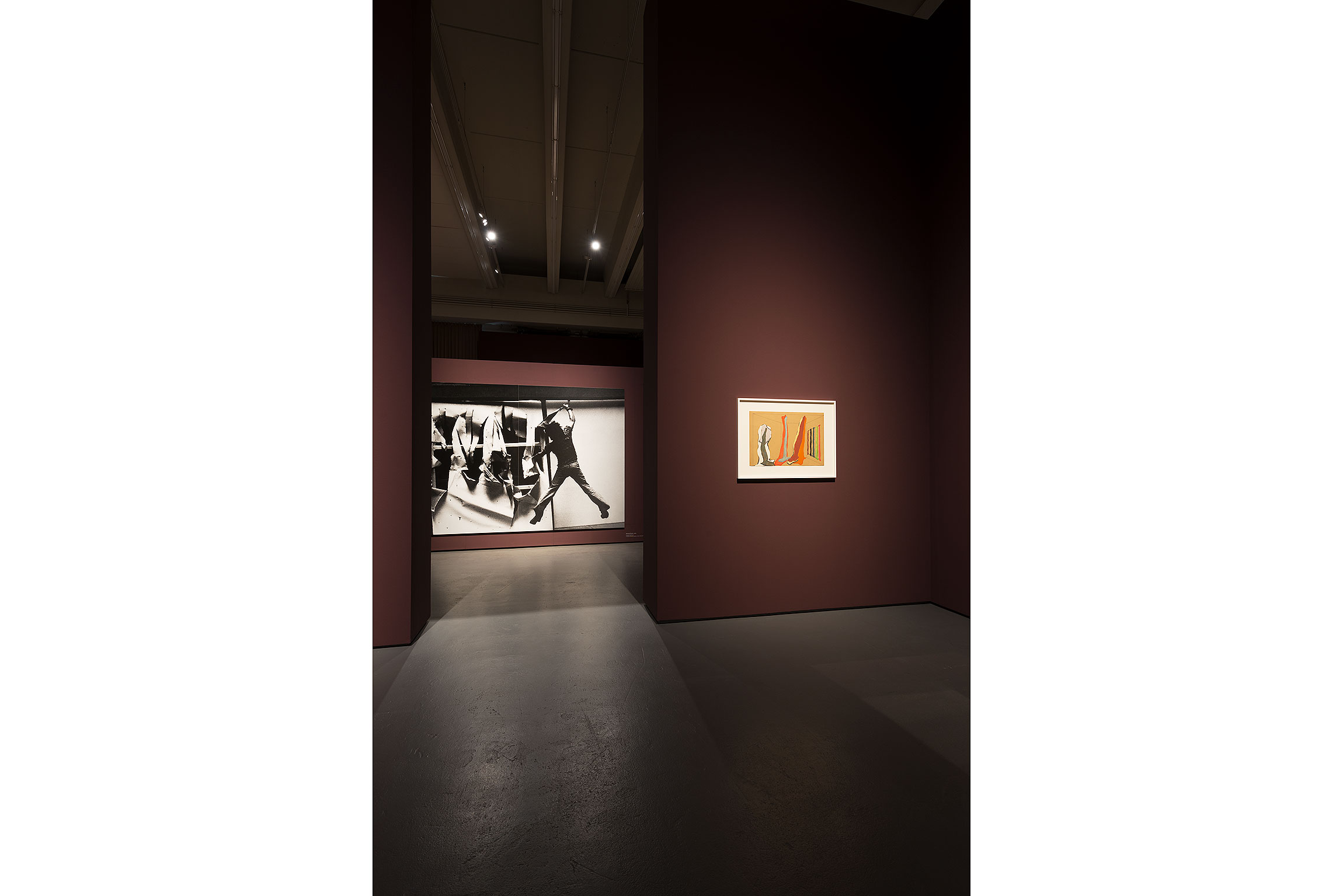 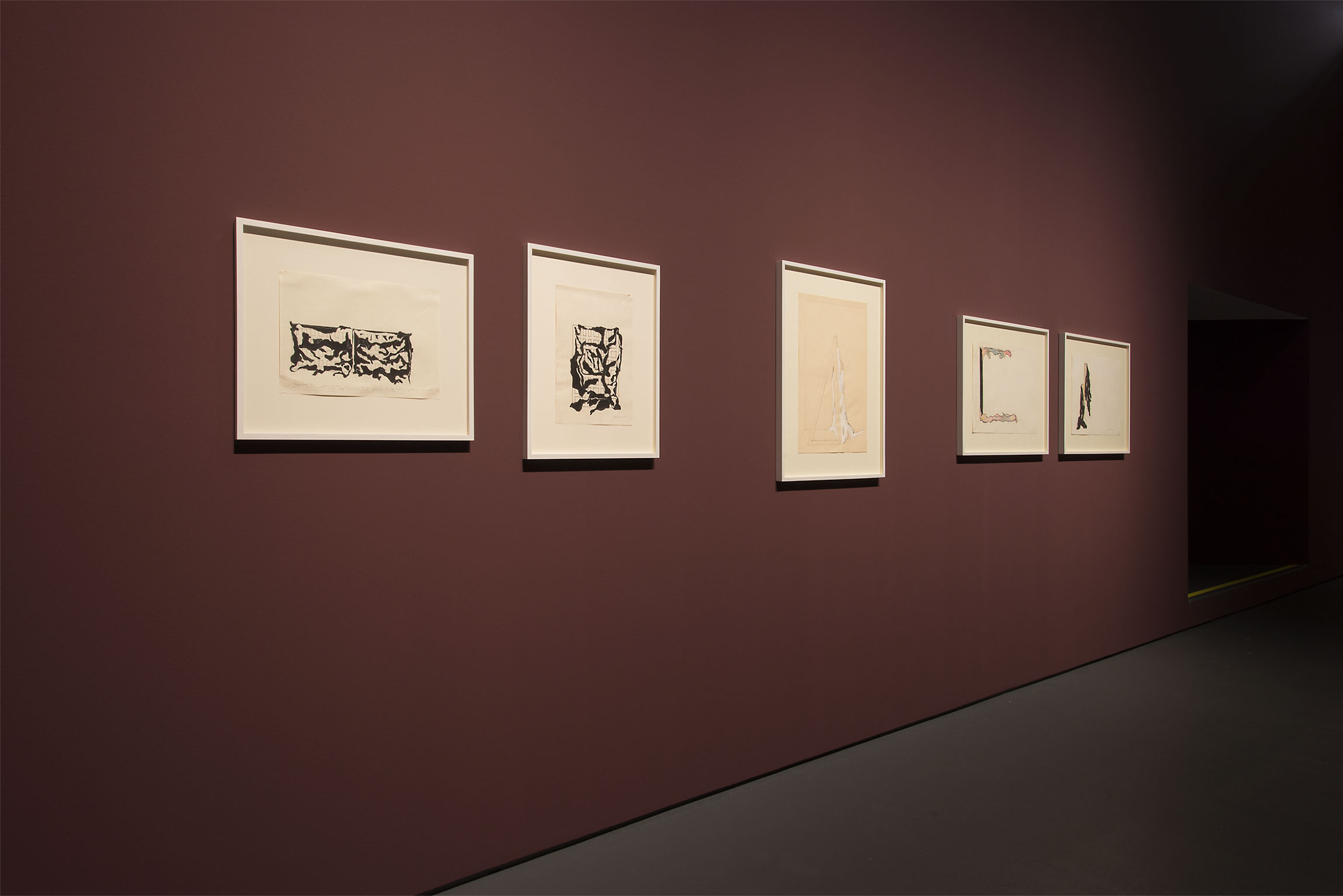 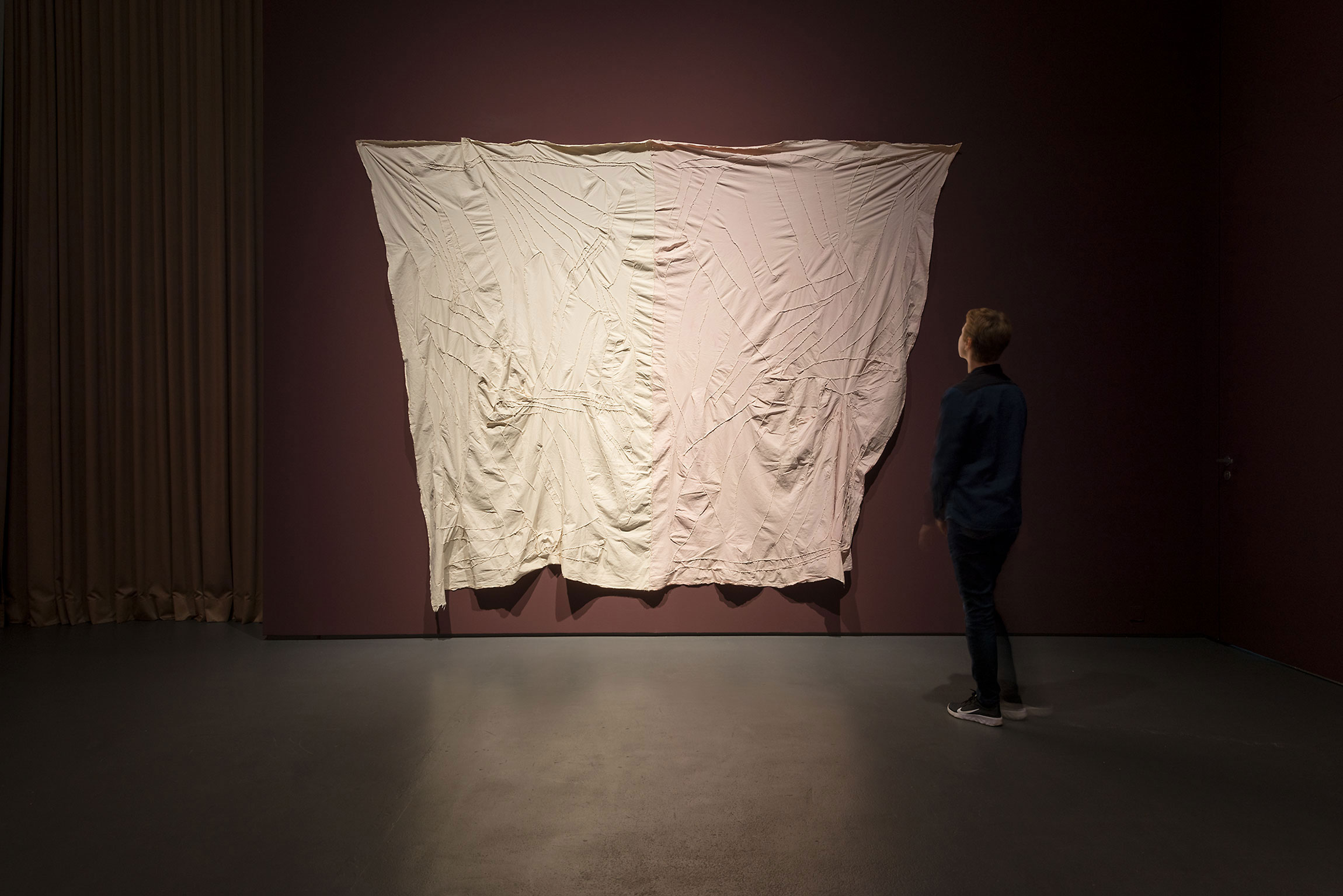 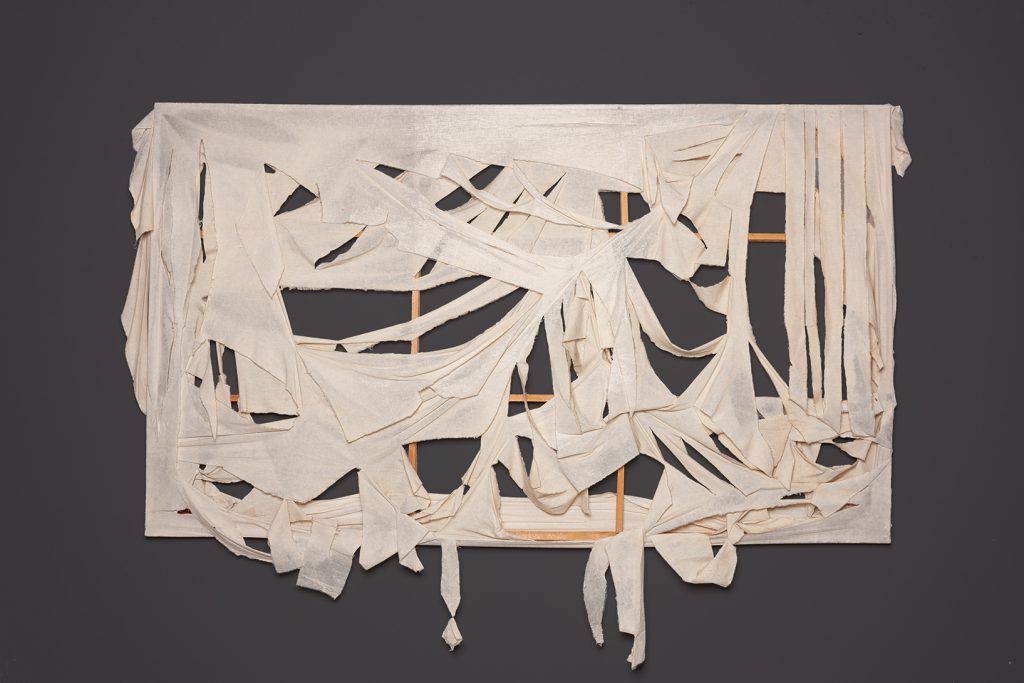 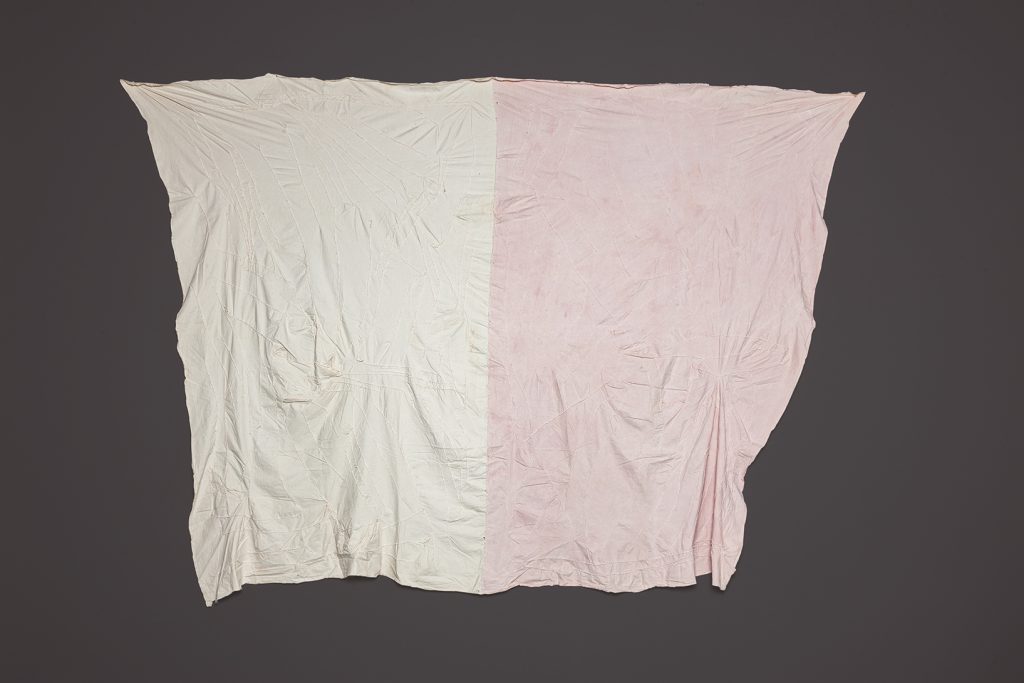 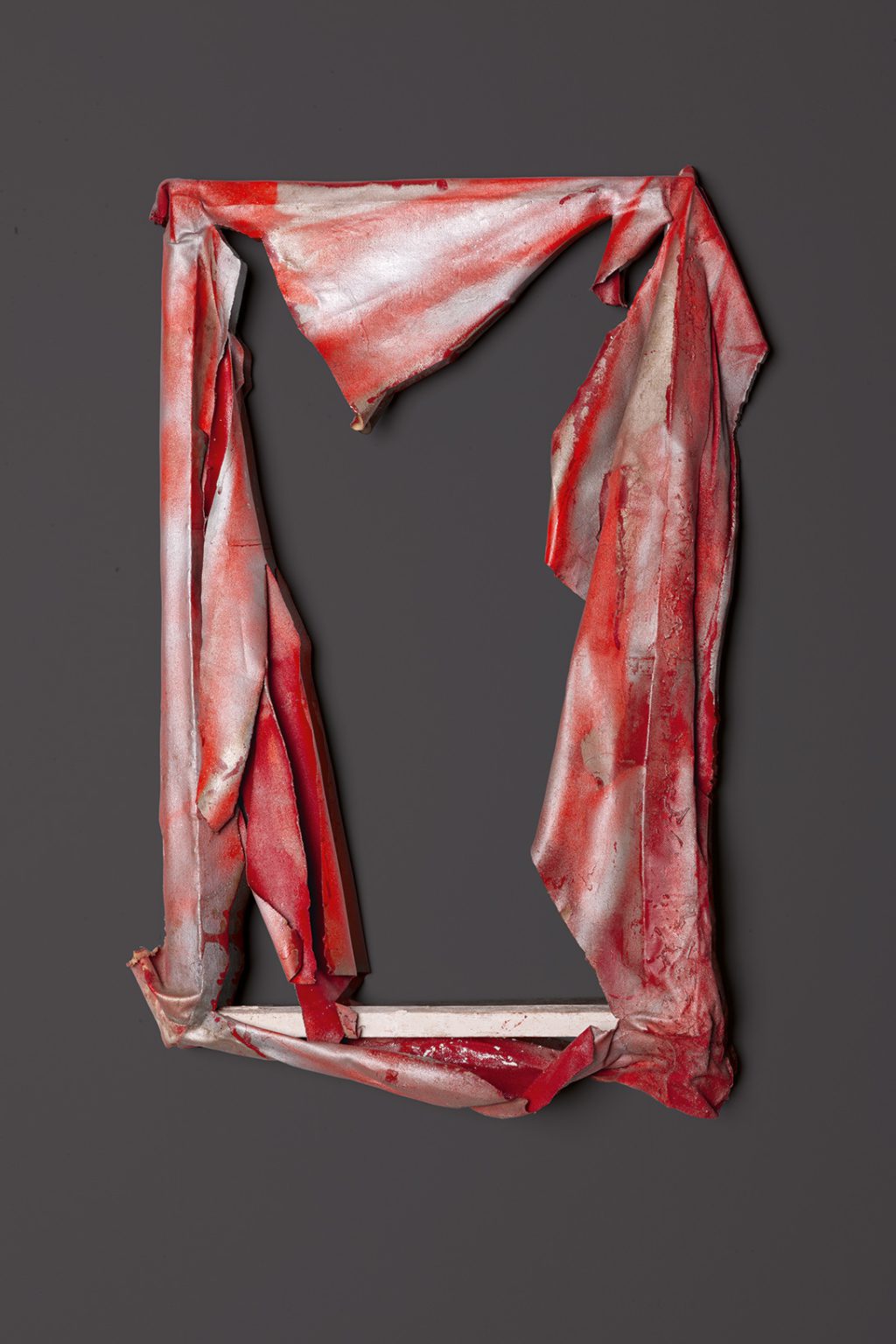 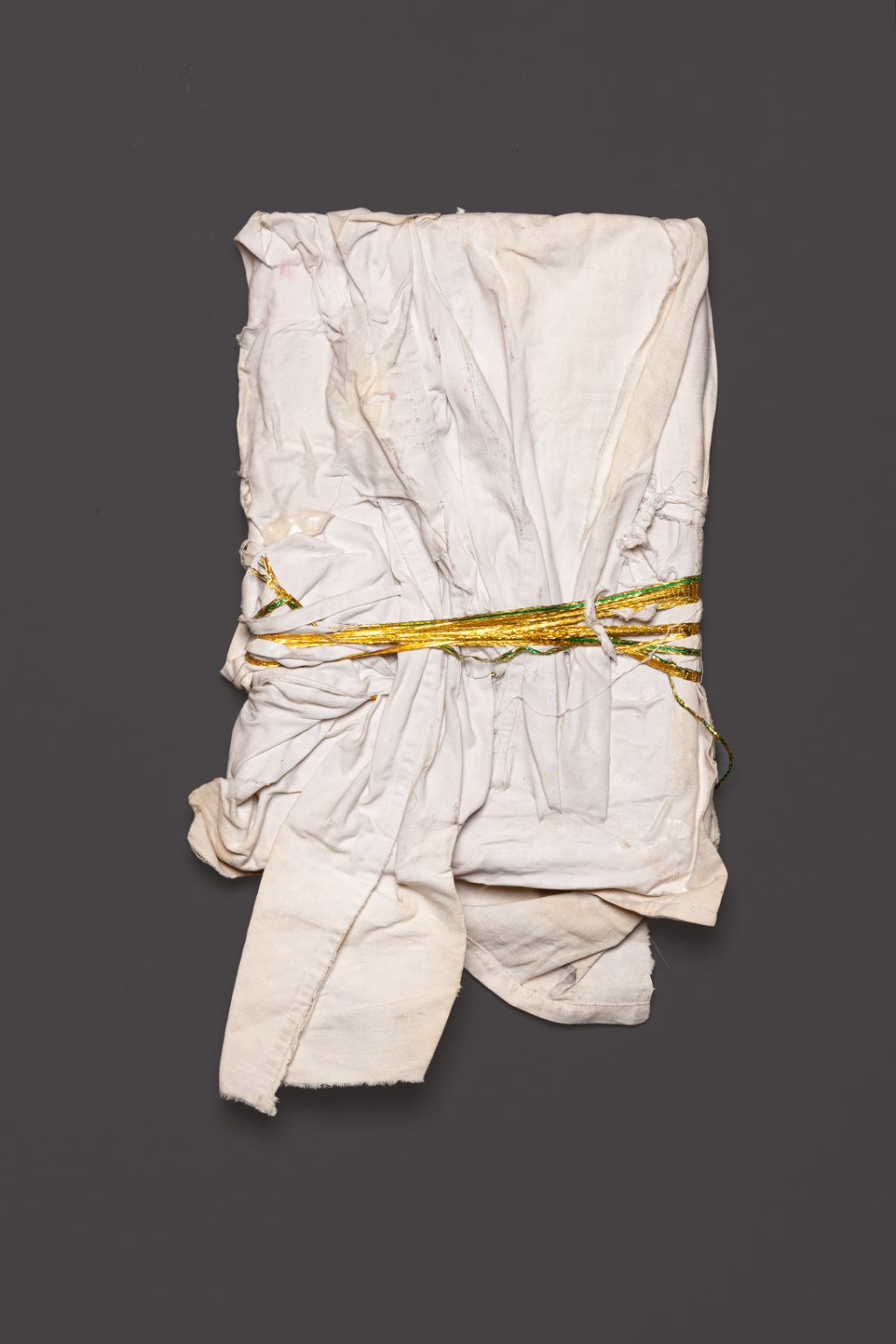 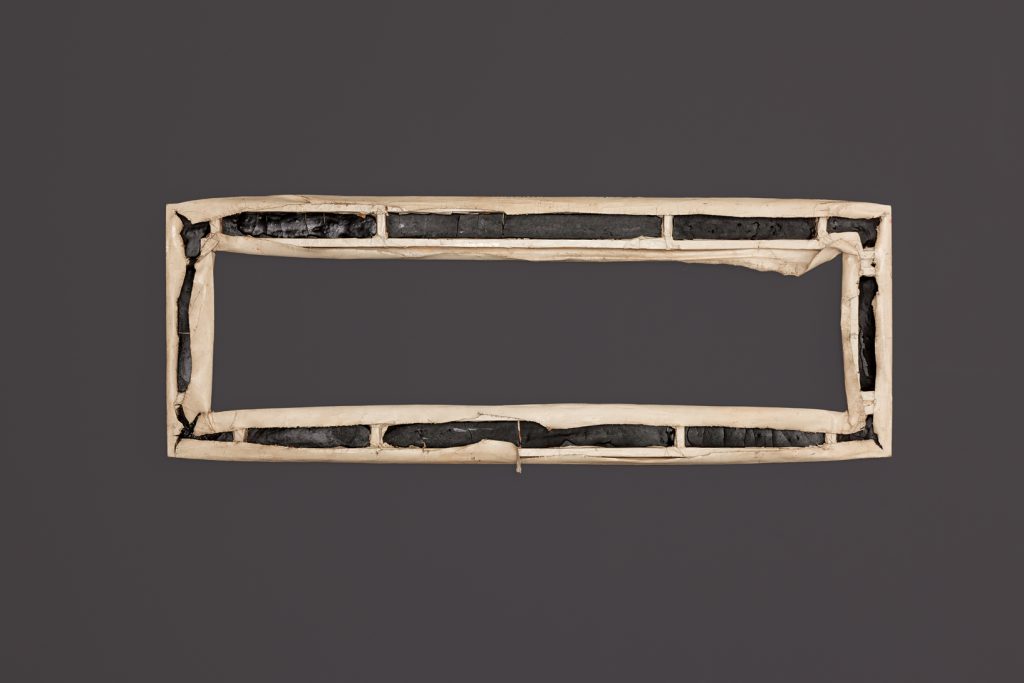 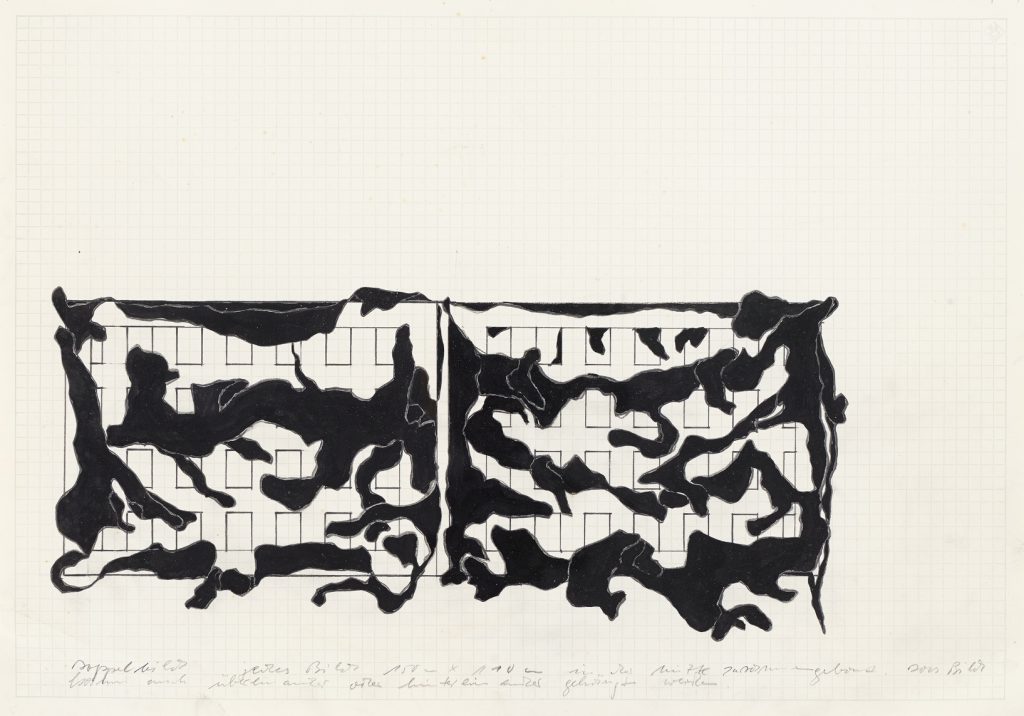 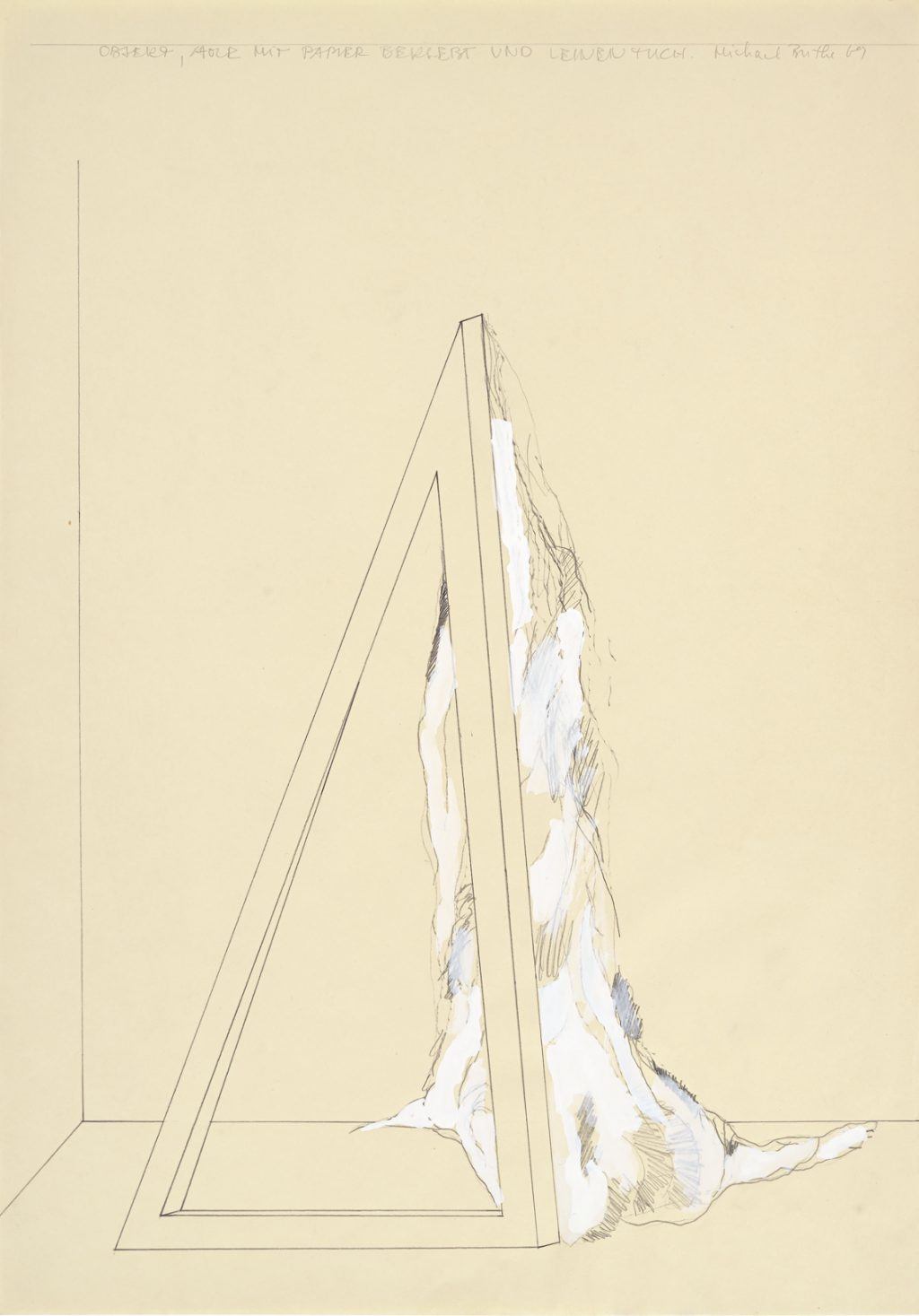 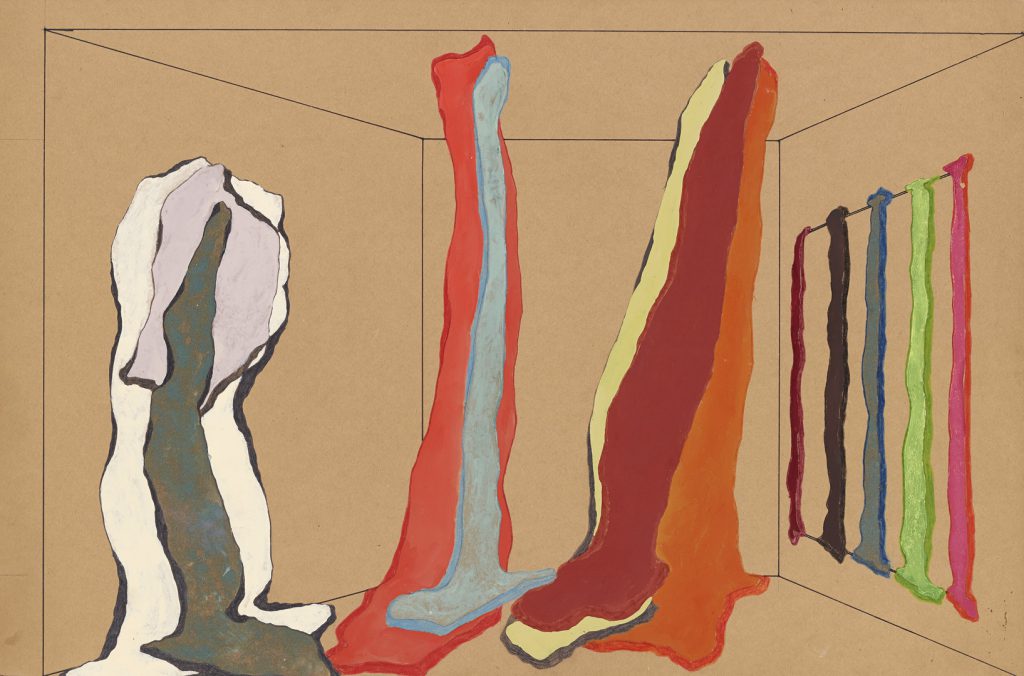 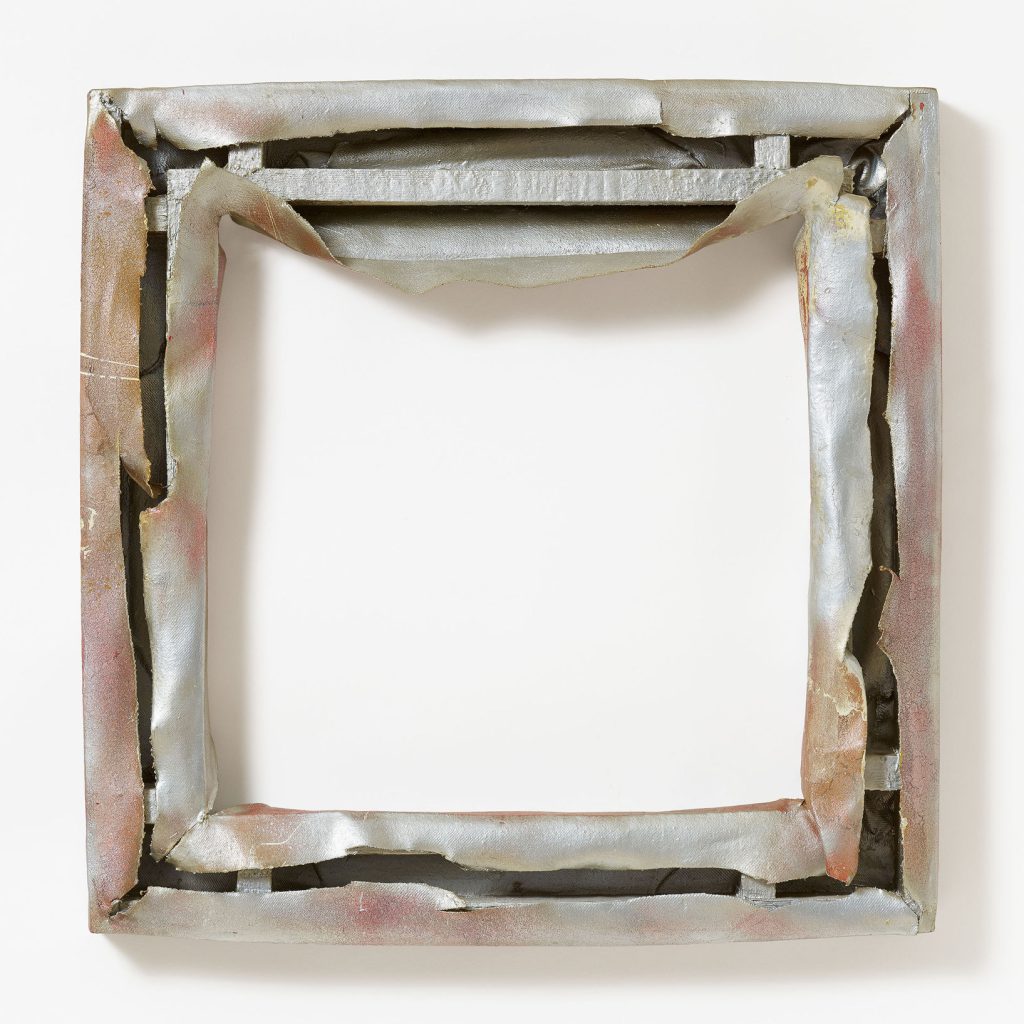 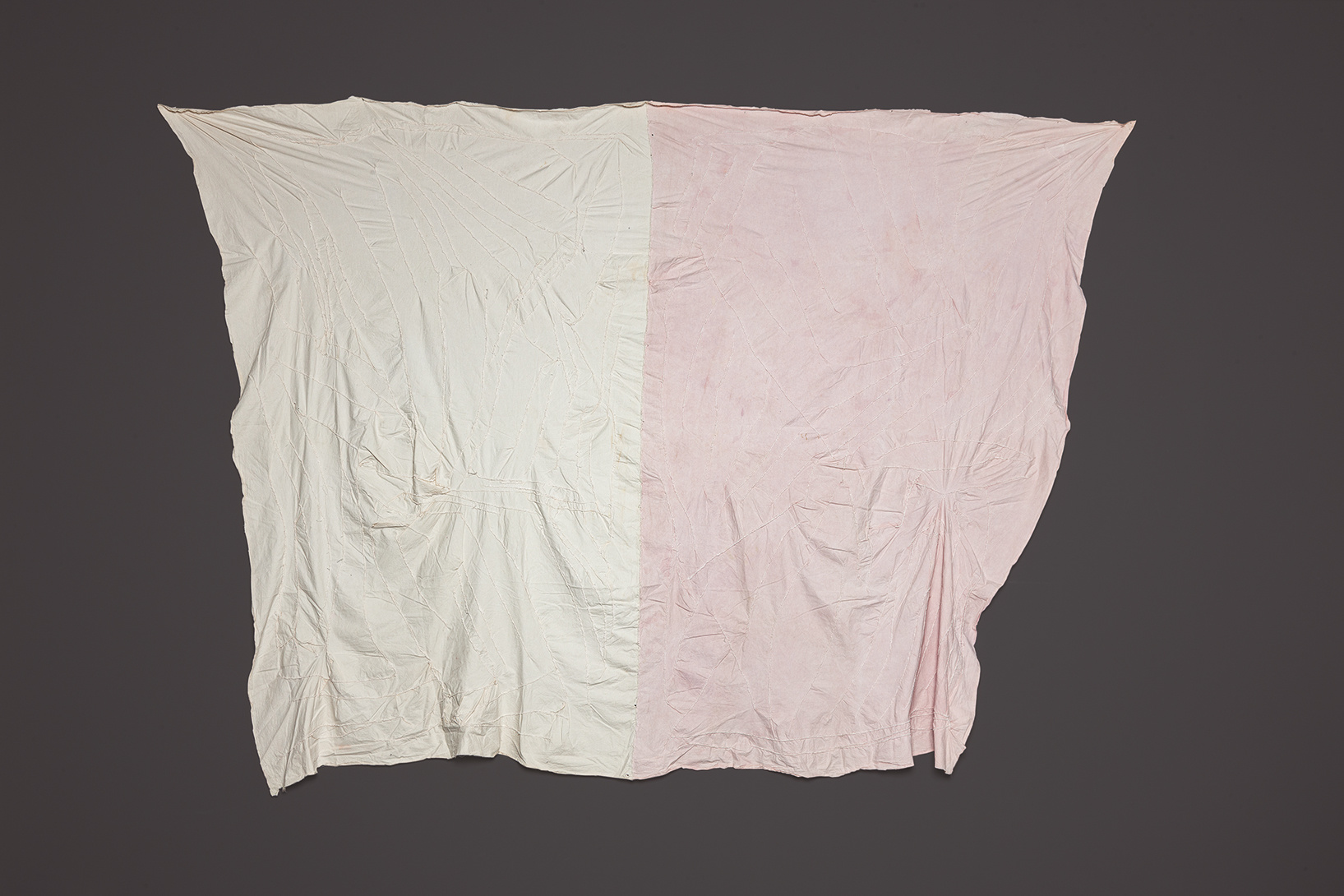 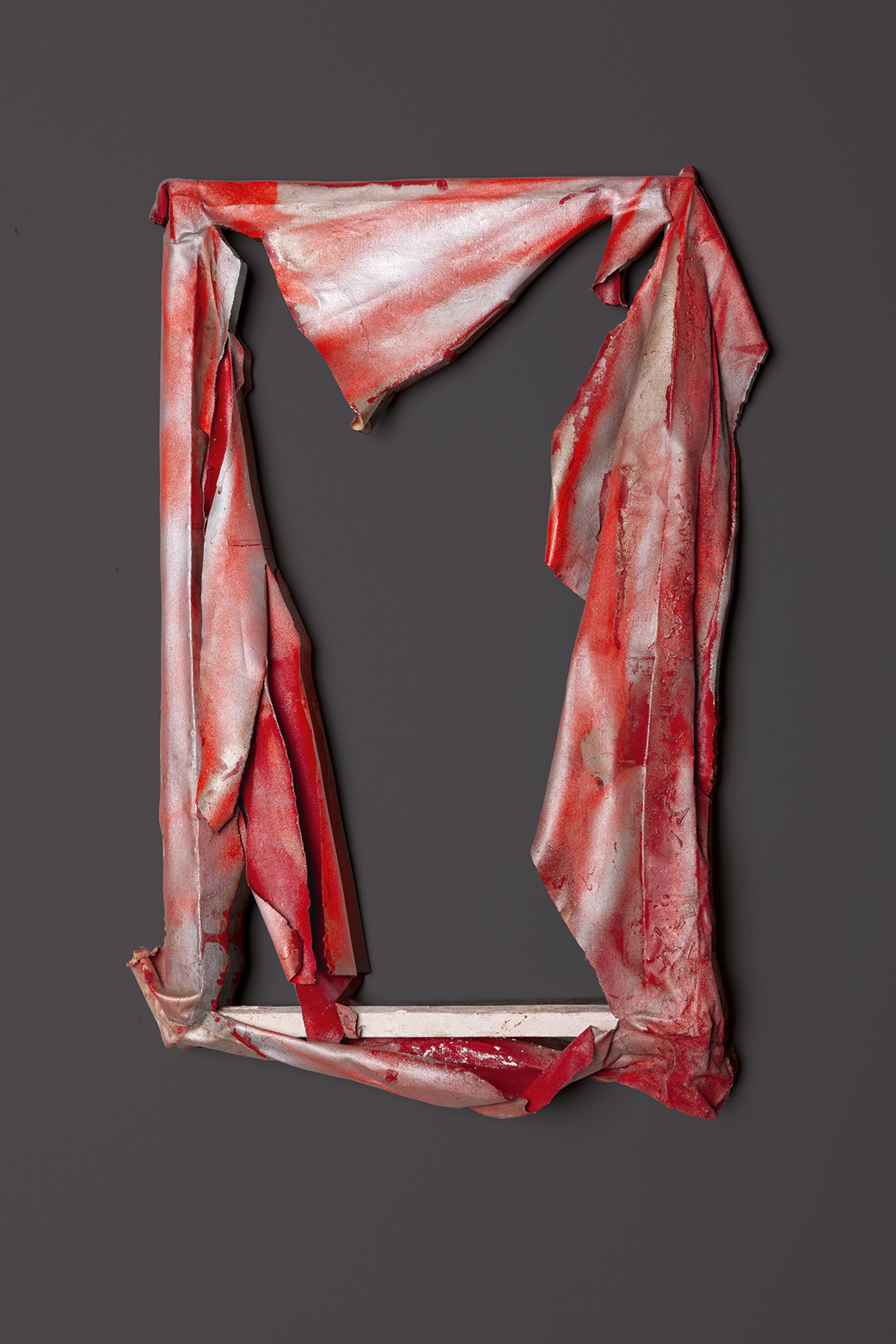 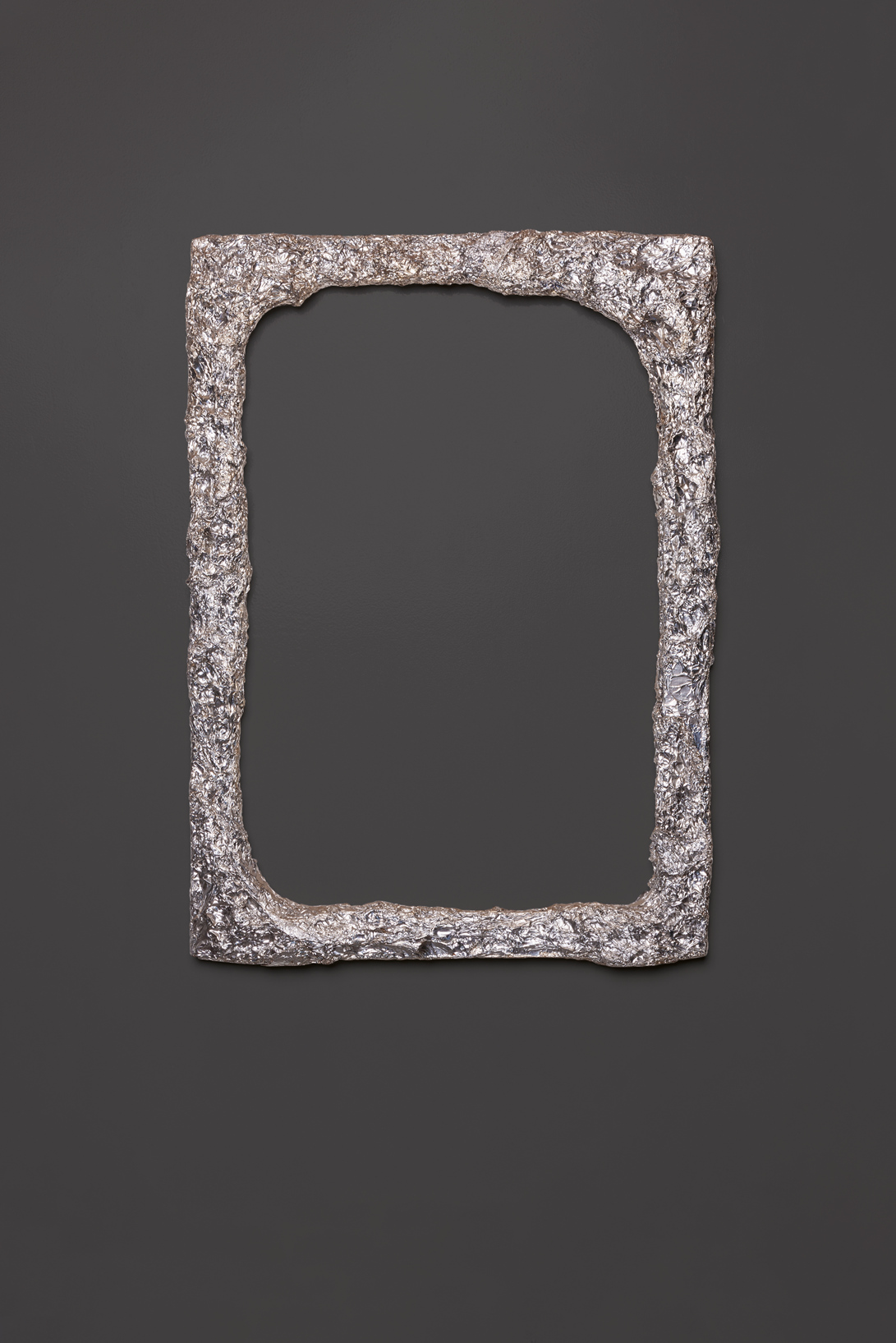 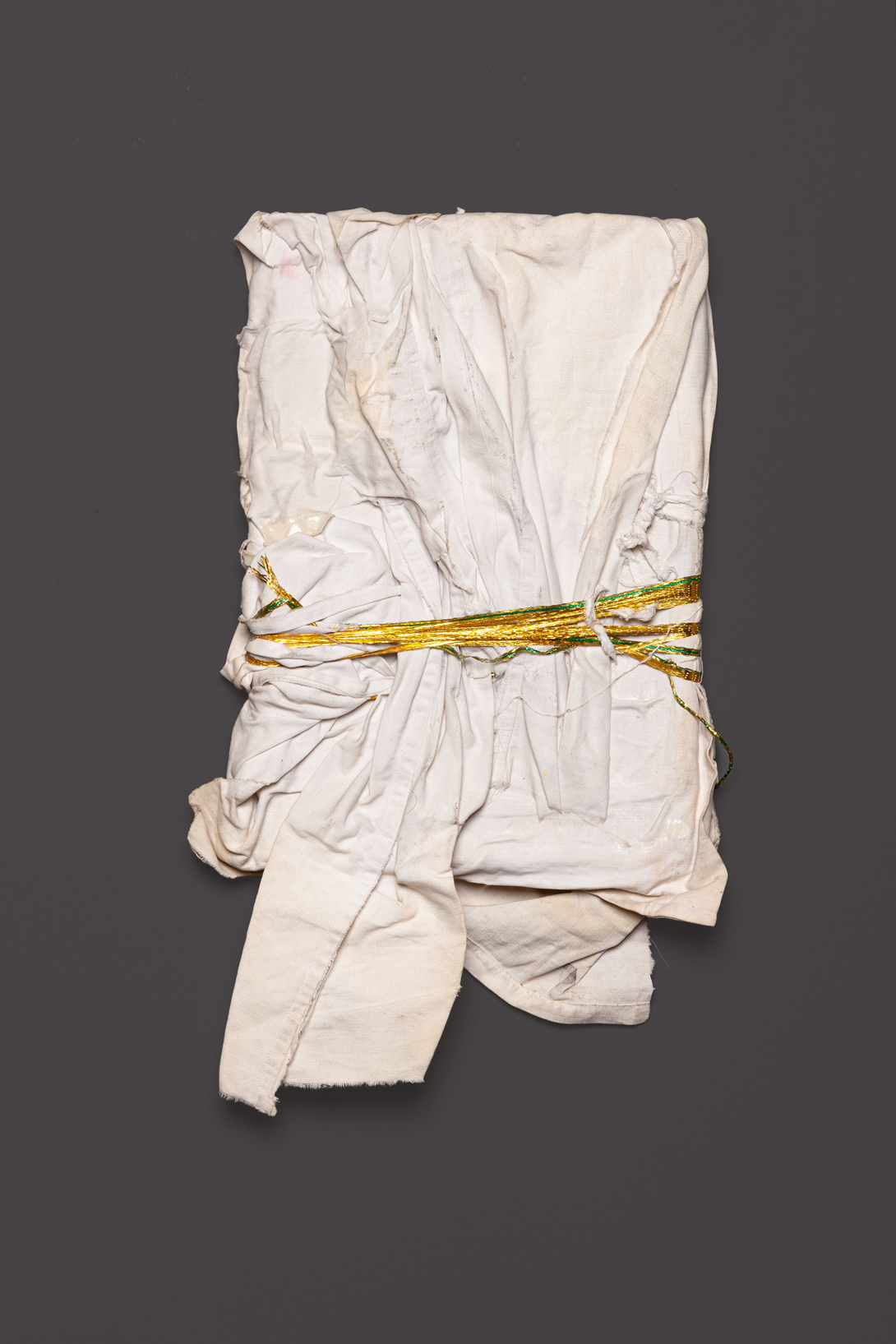 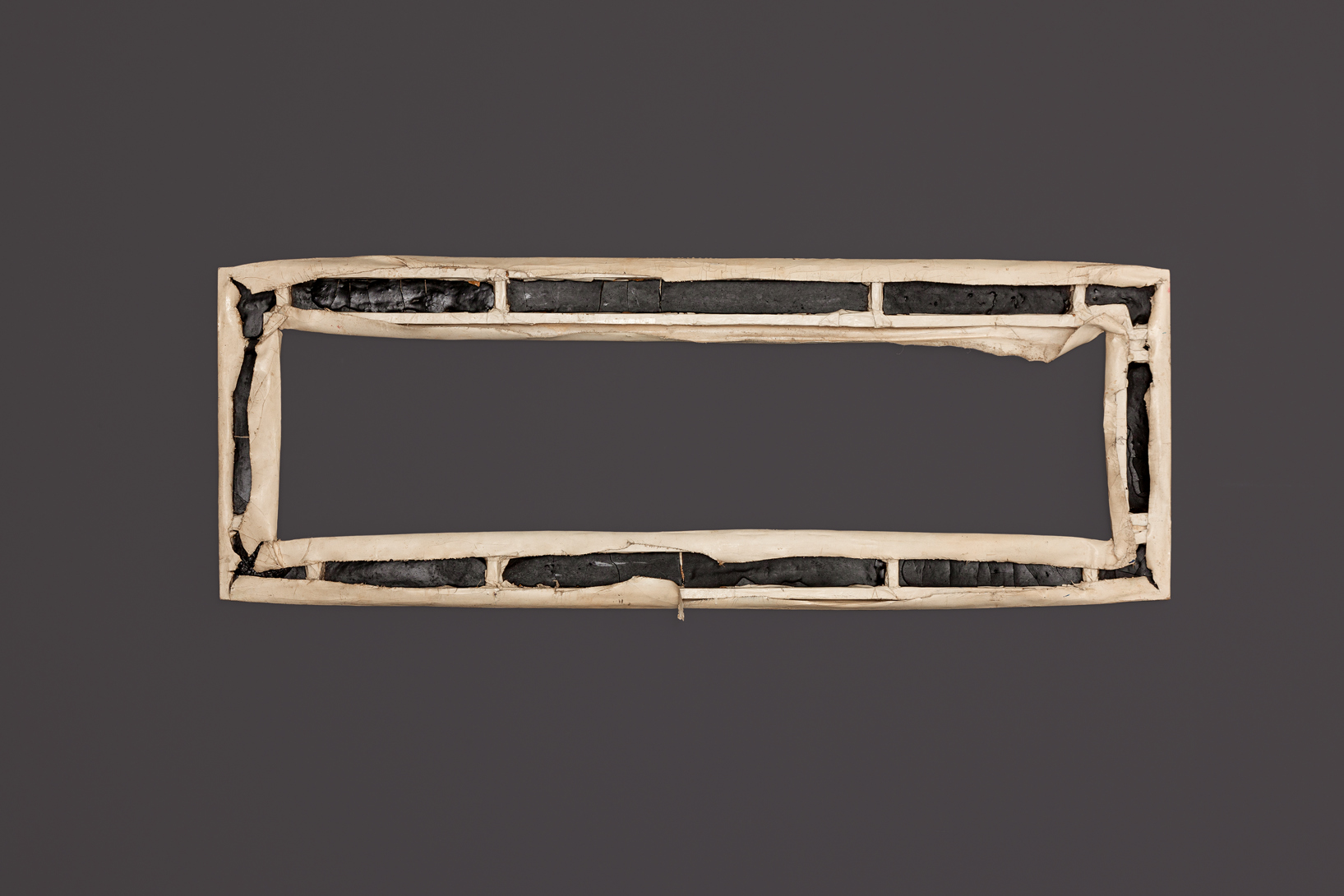 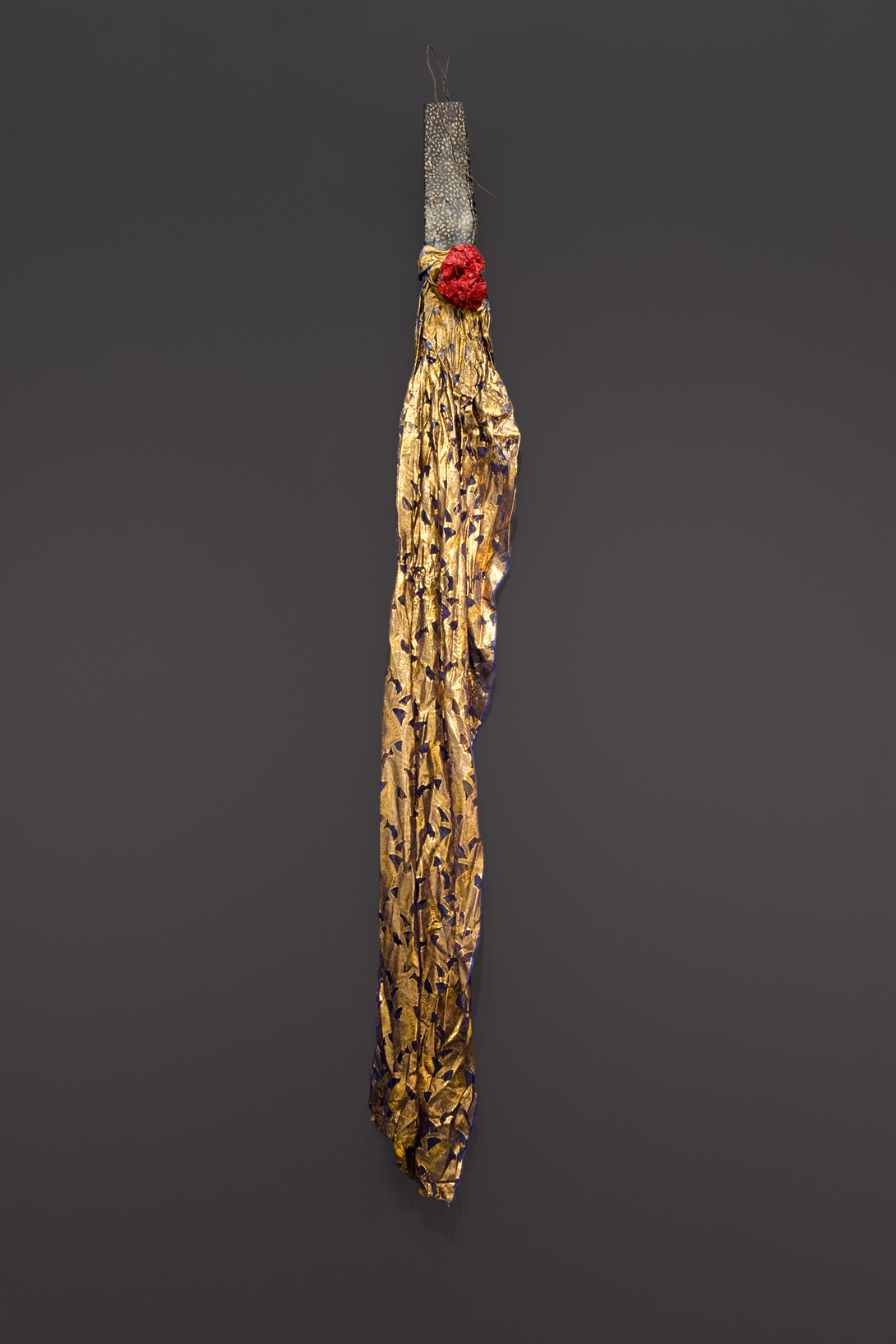 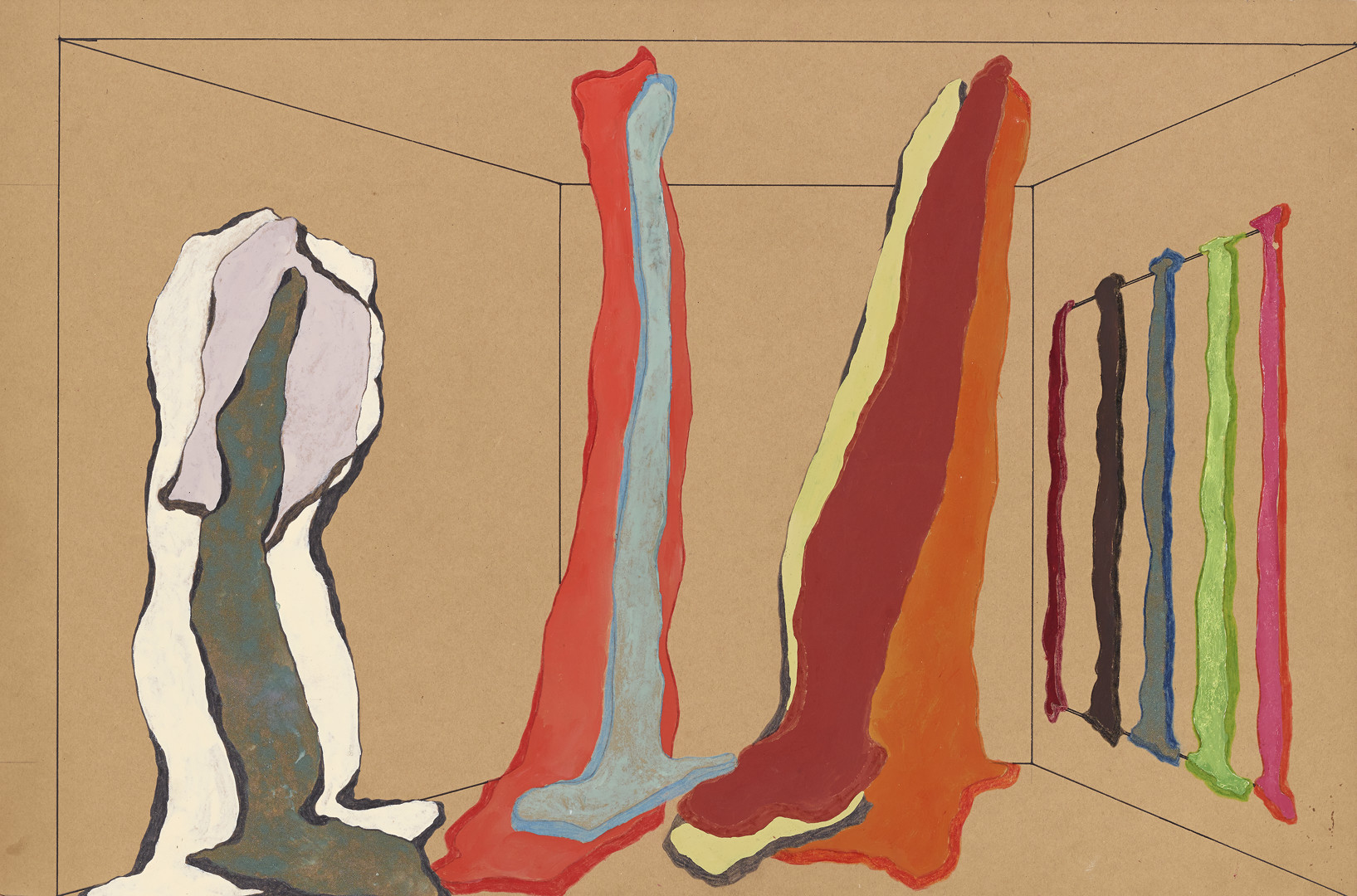 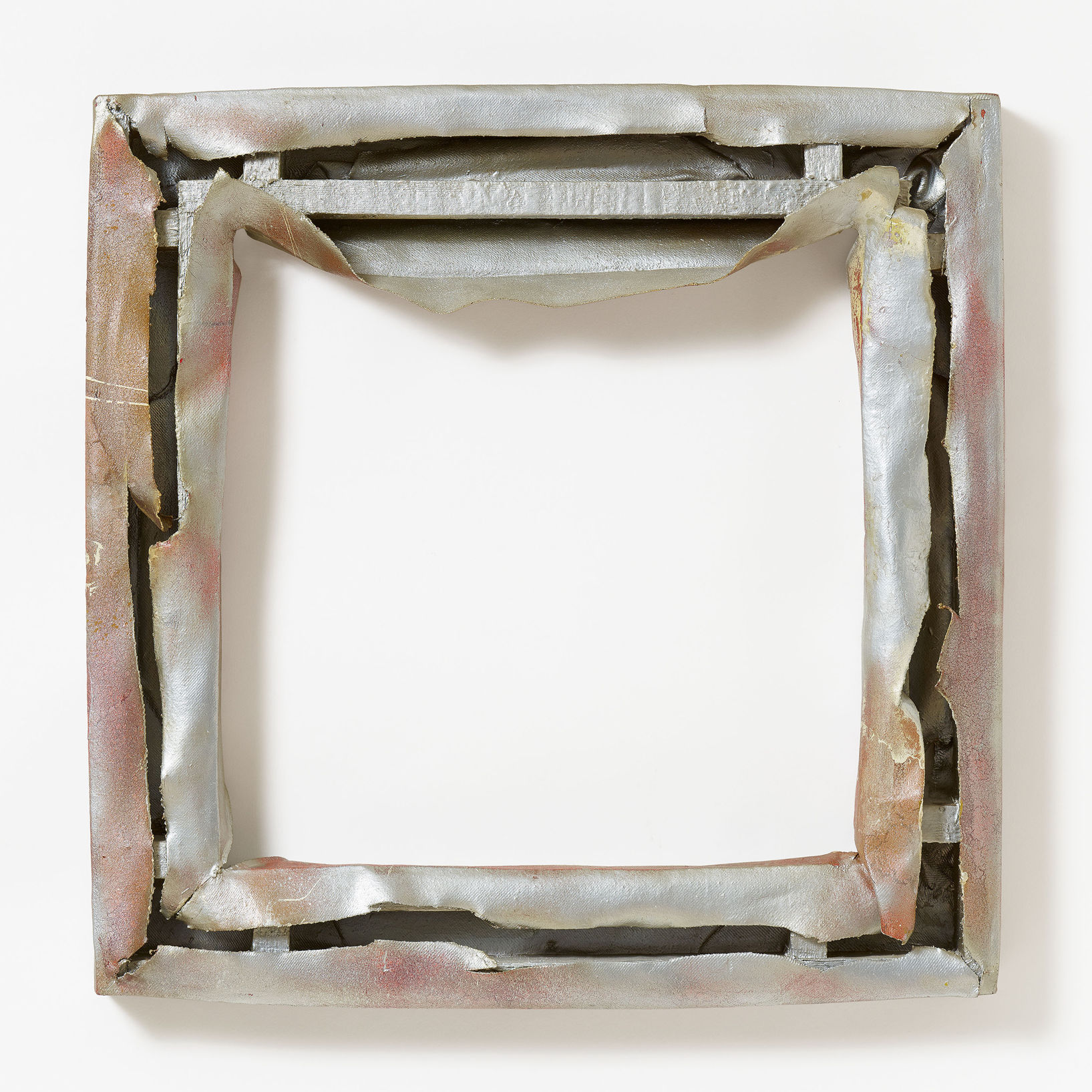 Michael Buthe (1944–1994) grew up in the immediate post-war period. His desire to become an artist matured early on. From 1964 to 1968 he studied in Kassel. But what exactly was art supposed to look like after the catastrophe of the Second World War? Many young artists reached the same conclusion: there could be no artistic “Keep it up!” It is here, at this critical moment in German and European art history, that Michael Buthe’s artistic career sets in.

By the end of the 1960s, Buthe wanted to create something unprecedented whilst not abandoning the classical formats of painting, sculpture and drawing. It was this very conflict that paved the way to his early conceptual work – starting with the Torn Canvases. Buthe stretched canvases or other fabrics over stretcher frames, which he then tore or slashed. By doing this, the artist destroyed and revived the classical panel painting in equal measure. For although he renounced classical painting and narration, he still held onto the stretcher and the canvas, and often a little paint. Occasionally, the works were the result of spontaneous, impetuous tearing. But for the most part, the conceptual moment predominated. This is well documented through numerous preserved drafts for the works on graph paper with detailed measurements. In the gallery of Rolf Ricke, a pioneer of Conceptual Art and Pop Art in Germany, these and other early works by Buthe were on display for the first time in 1968 and 1969. And it was with such a Torn Canvas, among others, that Buthe made his international exhibition debut in 1969 – at the tender age of 25 – in Harald Szeemann’s groundbreaking exhibition Live in Your Head: When Attitudes Become Form. Today, this work is on permanent display at the Tate Modern in London.

With his Torn Canvases, Buthe created radical works that redefine the spatial relationship between image, wall, and viewer. For by tearing, the artist not only exposed the underlying construction of the work – but also made the wall behind it visible and part of its perception. With their abundance of material, the works conquer a space outside the dimensions of classical panel painting. The artist himself described this concern as follows: “1. What interested me was the space as an object, not an object as an individual piece. 2. I am interested in the relation of the object to itself, the space freed of the individual piece to the real space surrounding it (torn boxes, exposing the construction). 3. I am interested in the wall, the painting on the wall. […] I try to reformulate the idea of paintings by means of their material.”

The Torn Canvases became the foundation for the following series of works. Now Buthe carefully sewed together the slits in the torn canvases and fabrics, often dyed by himself. The bulging seams created relief-like textile pictures. This stitching-together of slashed and torn fabrics can also be understood as a processing of the preceding socio-historical wounds and traumata that constituted the background for the Torn Canvases.

With these two groups of works, Buthe elevated materials – canvases and textiles – and a technique – sewing – to fine art, which at the time was considered more of an artisan or domestic craft. Throughout Buthe’s short life, textiles would remain a significant means of artistic expression. Certainly because these materials are also part of our everyday life. Employing them lowered the threshold between art and life and was a beacon for Buthe’s endeavor to inseparably unite art and life.

In 1970 and 1972 Buthe embarked on his first trips to Morocco. Soon the artist was traveling halfway around the world. As a result, his work became more playful, colorful and spiritual. Not just in terms of motifs and style did he want to testify to what he had seen, experienced and felt – he wanted to integrate it all into his art as corporeally as possible. Textiles were constantly used in this process. Two works from the early 1970s bear witness to this phase and give a first taste of the later Buthe, whose work became more opulent but never lost its conceptual foundation. Throughout his life, Buthe tried to reformulate the “idea of paintings” with unorthodox materials.